When we think of cocktails, we usually have chilled drinks, ice spheres and frosted glasses in mind. But cocktails can be hot too. Perfect for cool nights, these three hot drinks will keep you warm. 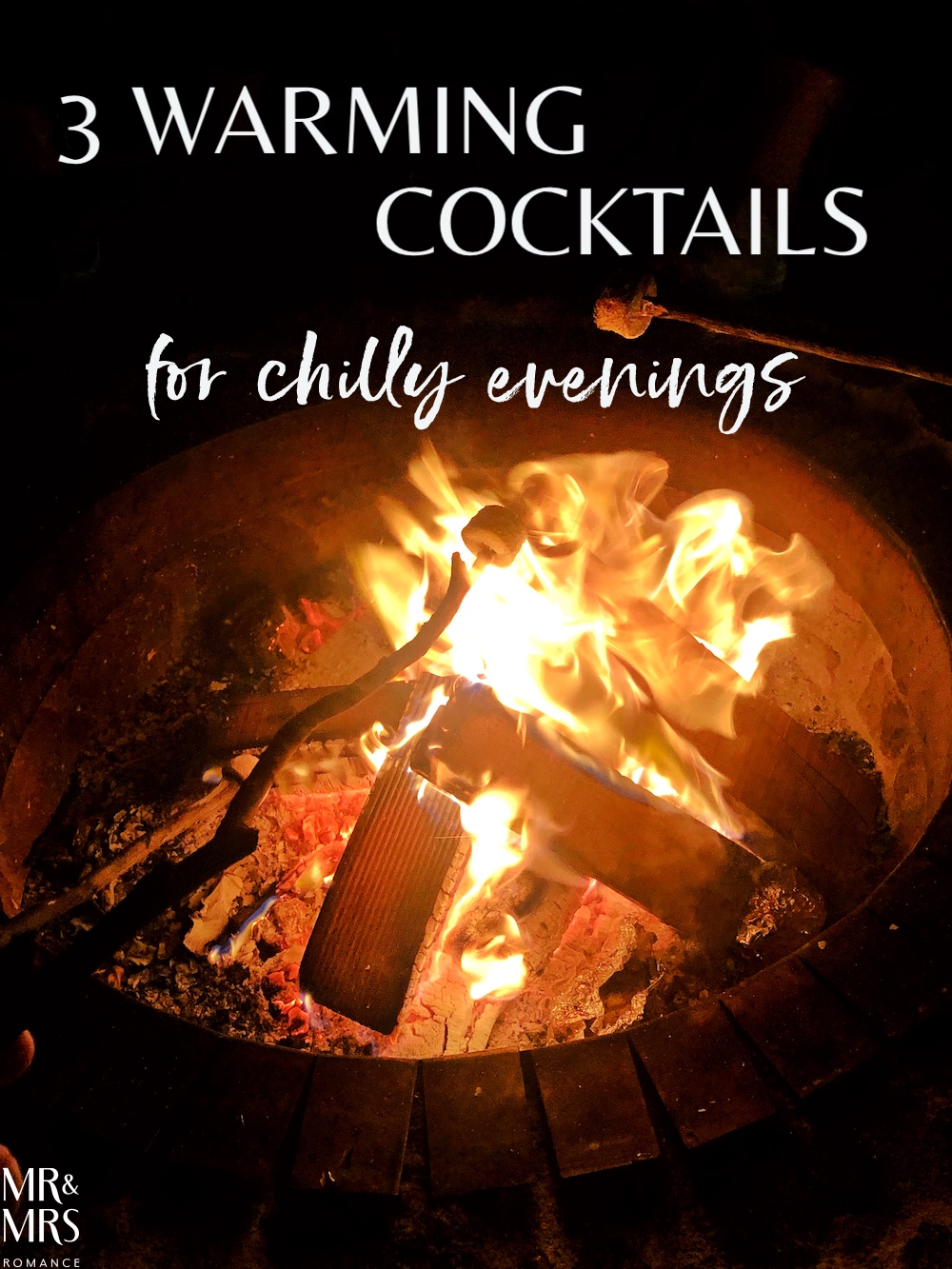 Hot toddy with Aberfeldy 12yo scotch

You might think of hot toddies as only being remedies for colds, but for whisky lovers, they’re actually one of the best warming cocktails on a cold night.

The mix of sweetness from honey, zing and bitterness from spices, and that familiar punch from a good scotch means the trifecta of flavour profiles you need in a cocktail are fulfilled. 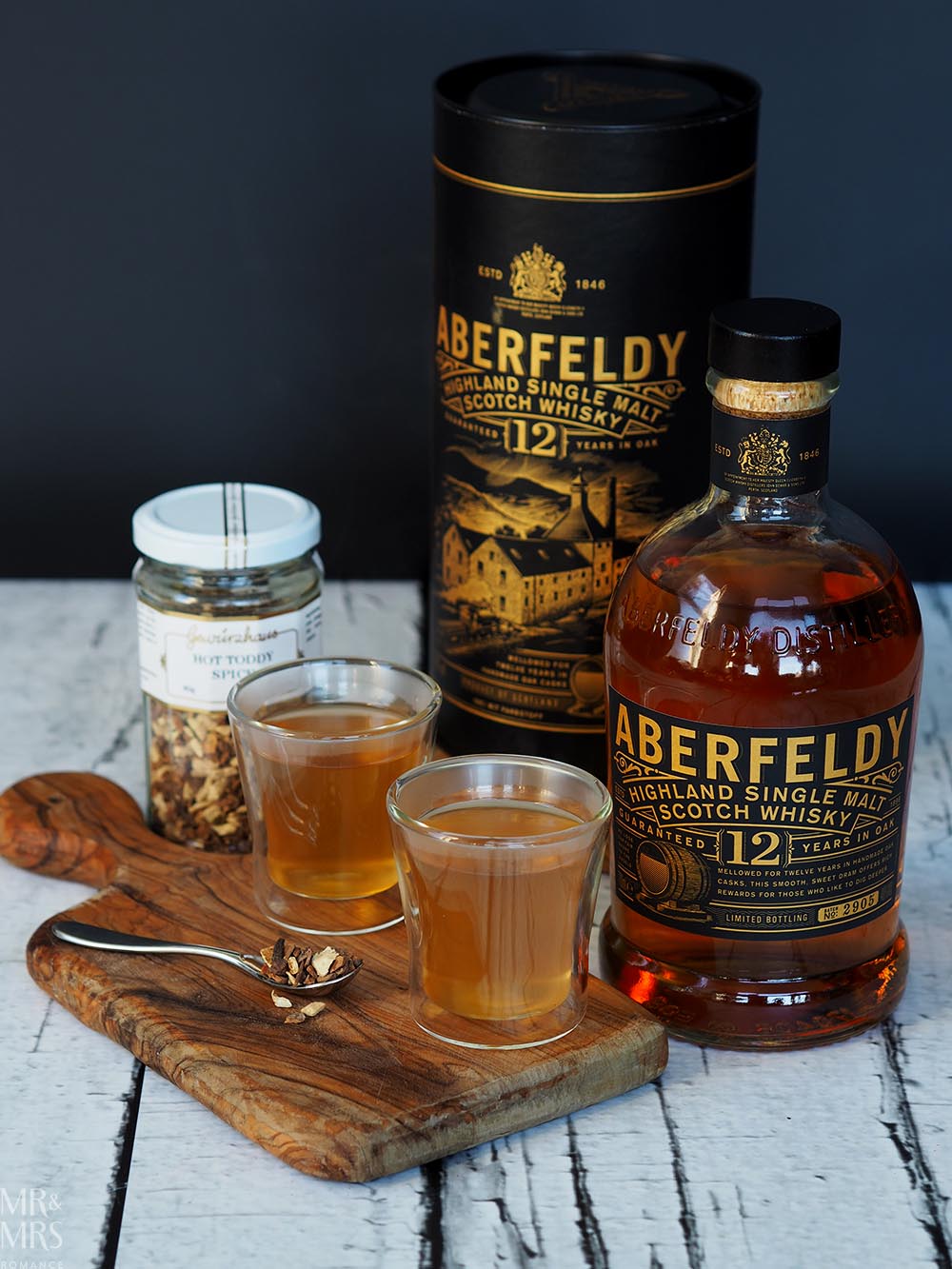 1. Steep the toddy mix in a tea pig in the hot water for 4 minutes.

2. Dissolve the honey in the hot water then add the whisky. Stir well and snuggle up. 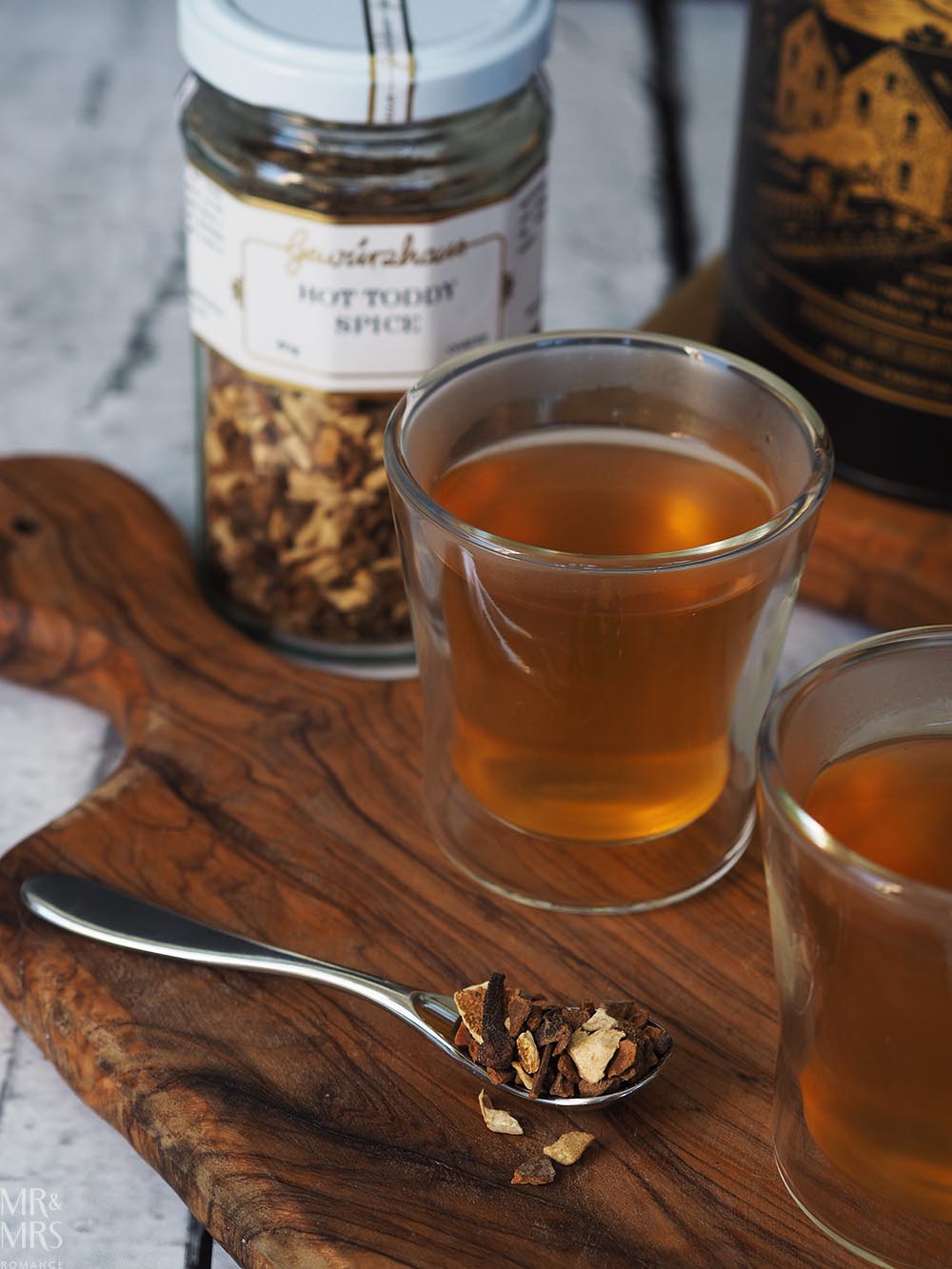 If you want to make a toddy mix yourself, slices of fresh ginger, a couple of cloves, cardamon pods and star anise, black pepper corns, grated nutmeg and some lemon juice will get you some of the way.

But this hot toddy mix from Gewurzhaus in Sydney is incredible.

Aberfeldy 12 Years Old is a Highland scotch with honey on the nose and on the lips. It’s a rich, gentle whisky that has benefited from a longer than normal fermentation period.

The distinctive honey notes coupled with a fine oakiness, and a sharpness and structure from the 40%ABV alcohol make this an easy drinker on its own.

But the honey of this whisky really marries well in something like a toddy. It also works beautifully in an old fashioned or in a sour.

Buy your bottle of Aberfeldy 12 Year Old from bottleshops nationally. 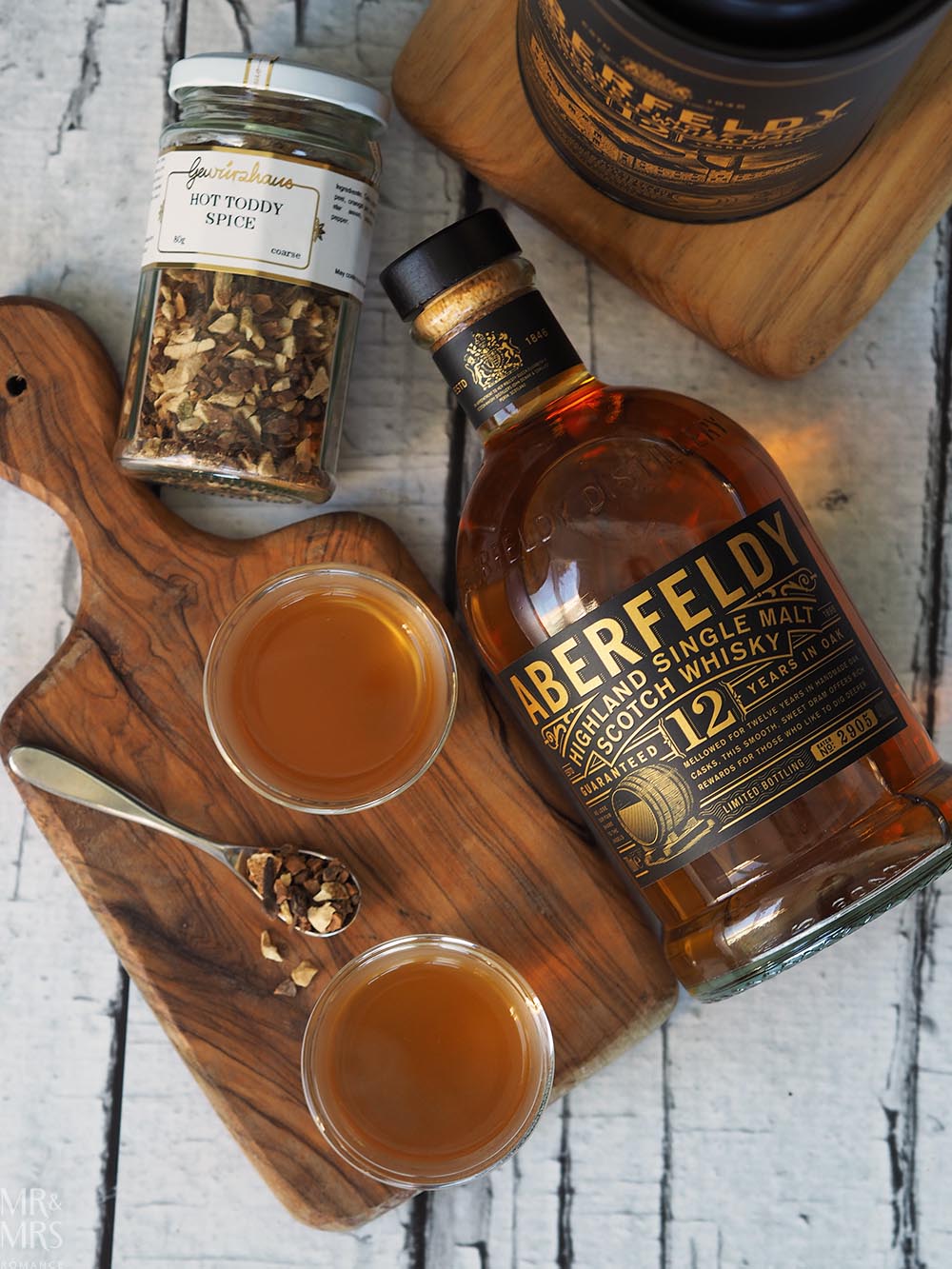 It might seem a bit weird putting butter in a drink, but it actually works. Butter adds a wonderful richness and warmth to the drink, and the extra spices and flavours you add elevate that.

But using a high-quality spiced rum like Dead Man’s Gold from Stone Pine Distillery in Bathurst, NSW amps everything up several notches.

Here’s the full recipe, but essentially you need butter, brown sugar, cinnamon, allspice, vanilla and of course this rum. You make the butter and spices into a kind of batter, add it to hot water then spike with the rum. 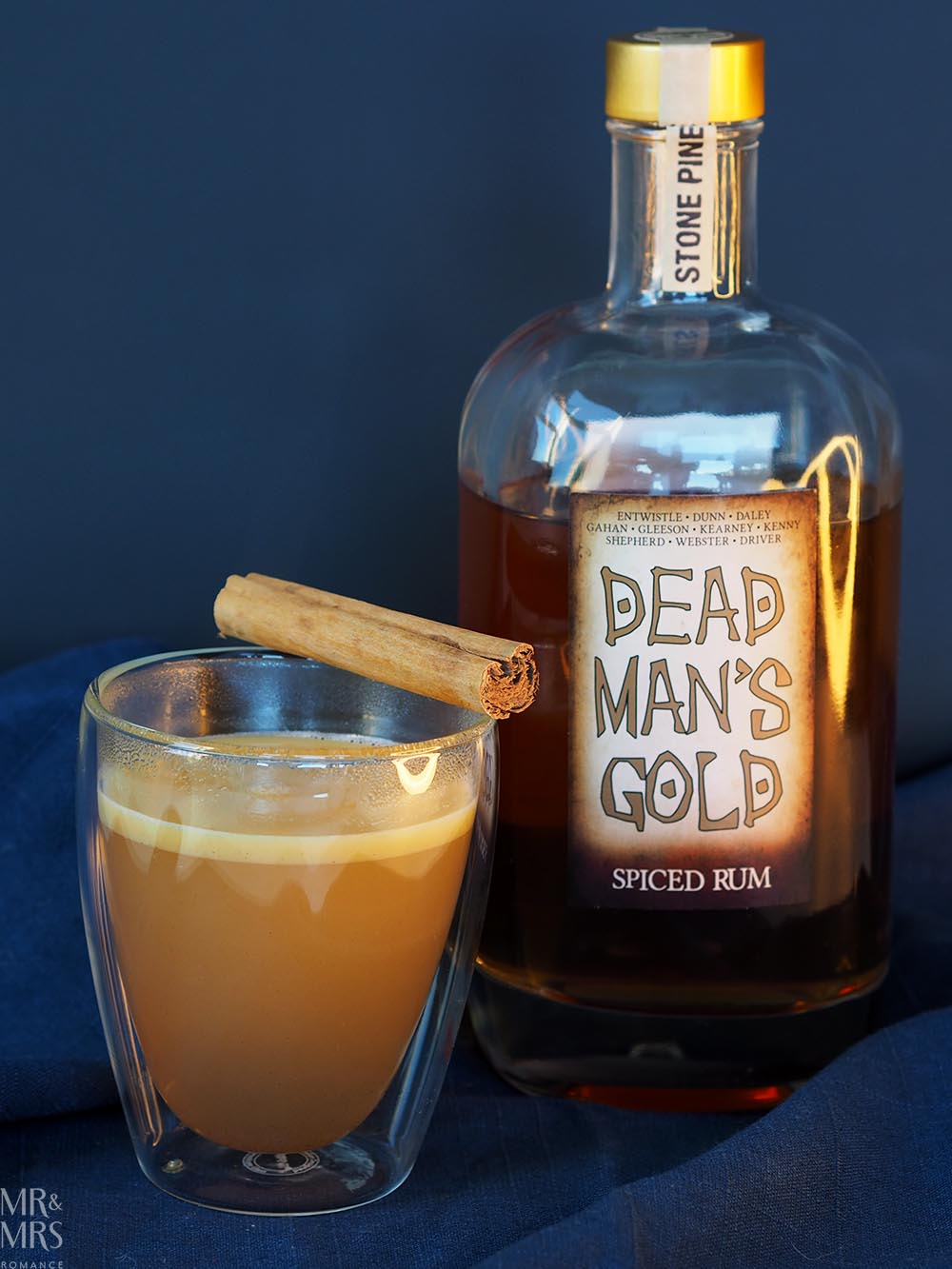 Hot buttered rum has been around since before the American War of Independence and is still a popular winter drink the States. It’s likely this recipe came from the New England colony, where rum and sugar cane molasses from the West Indies was easy to come by.

Rum at that time was the drink of choice for much of the planet – especially within the vast British Empire, so there are lots cocktails from that time that are still popular today. 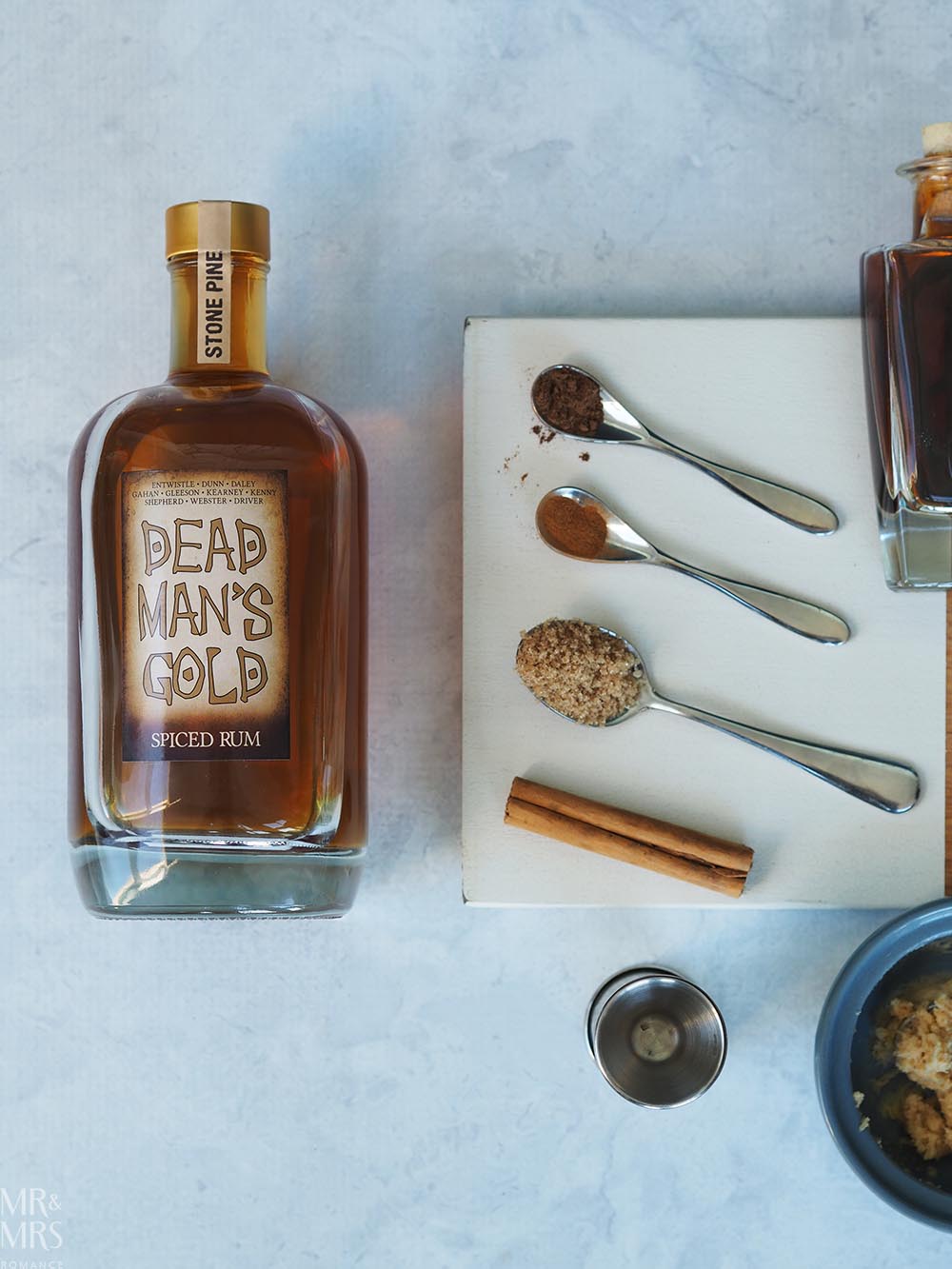 A glass of red is always a welcome sight when the evenings turn chilly, but mulled wine takes the next step. This warm infusion of spices and flavours into the wine really create the perfect winter antidote.

Mulled wine has many names and even more variations around the world. Some are quite complicated, others less so. And if you don’t want the headache of making your own blend, there are some great kits that do it all for you. 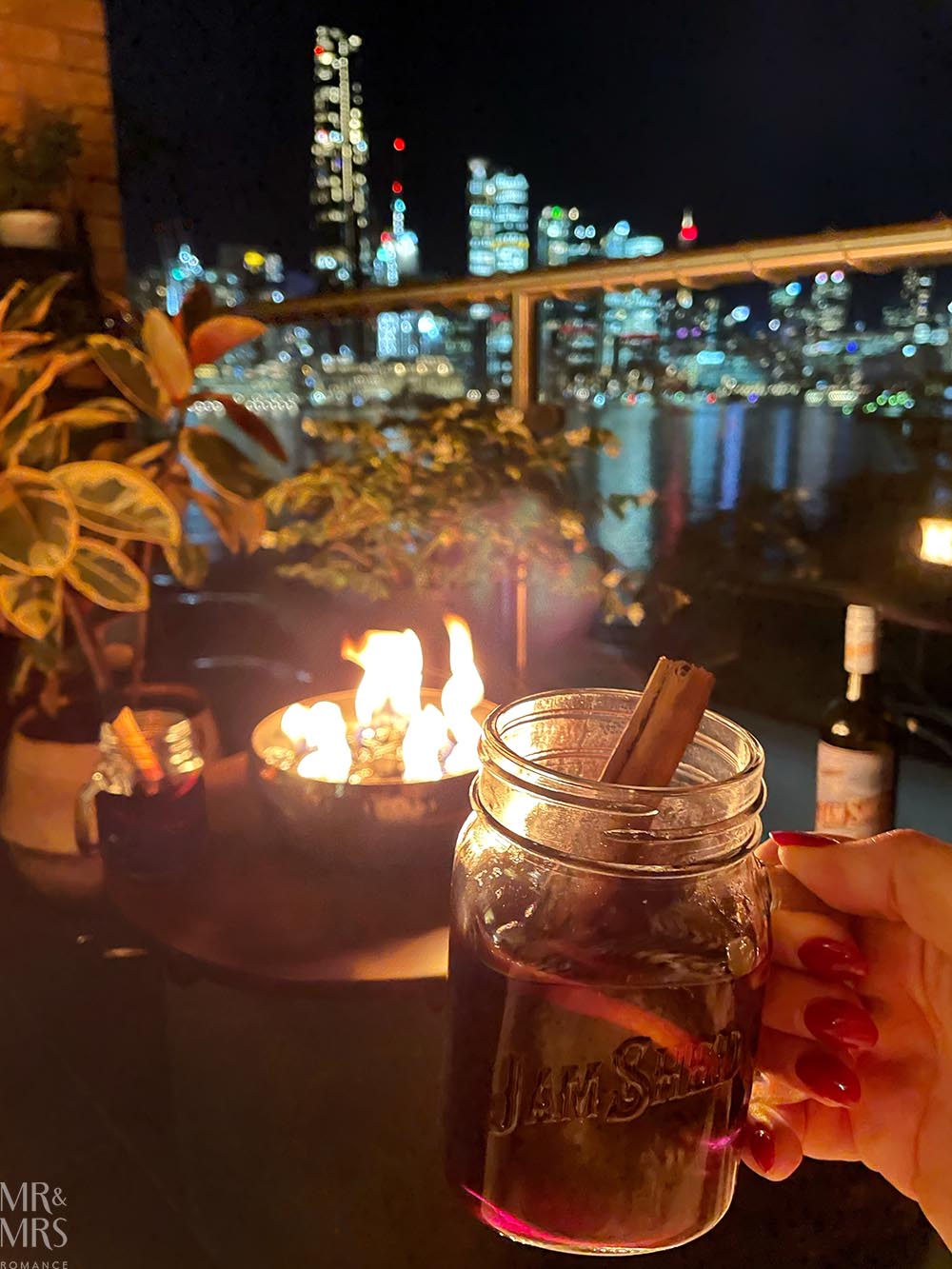 As for wine, we really love the Jam Shed Shiraz with its big juicy jammy flavours and rich body. It’s also reasonably priced, which is definitely what you want when you’re making mulled wine.

We have the whole recipe for mulled wine here and for a limited time, you get a mulled wine kit along with jam jar glass mugs with every bottle of Jam Shed Shiraz you buy. 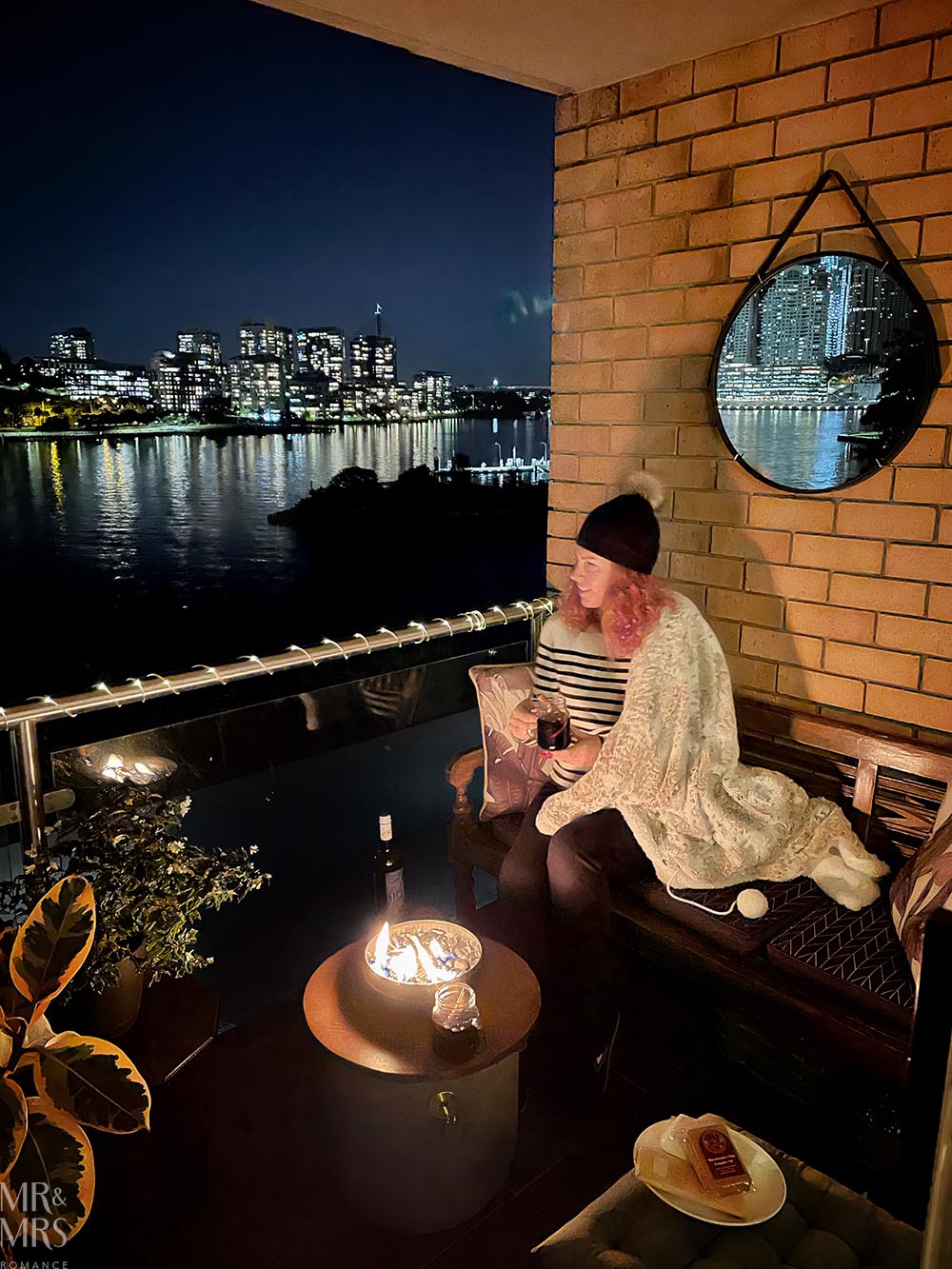 Sydney’s Vivid lights, a week of Negronis and some superb dumplings!

As the days get steadily shorter here in Sydney, the lights come on in the form of our annual Vivid festival. It’s a lot…