While giant kangaroos and mega-koalas still claimed sovereignty over prehistoric Australia, the land’s first humans arrived. Their impact on the Kimberley Region in the wild north-west – echoes through time, making this already mystical place even more magical. 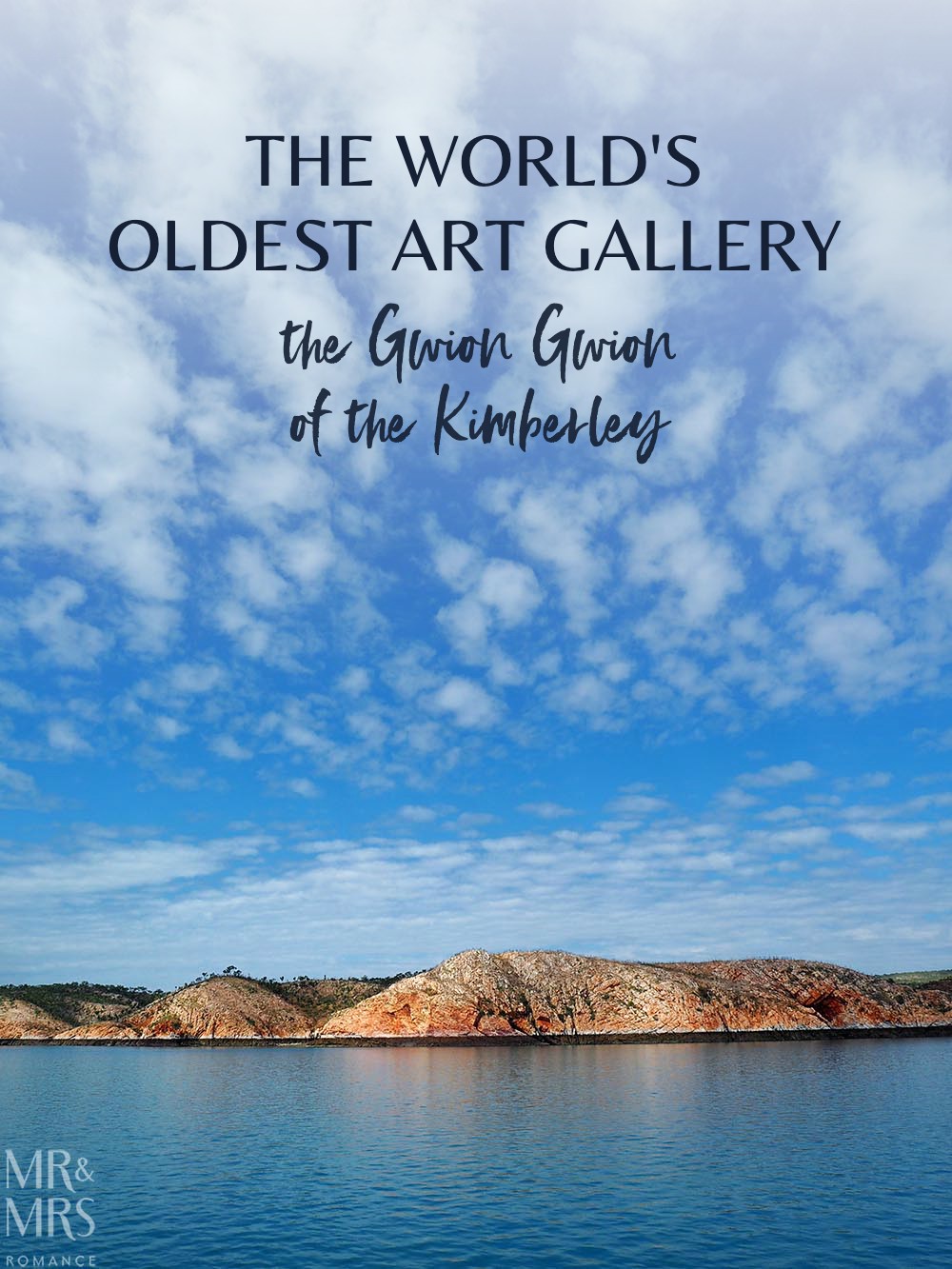 When we’re travelling in Australia, we sometimes like to play a game. We look at an area and try to imagine what it would have looked like 500 years ago, then what it might’ve looked like 5,000 years before that.

Houses and gardens, parks and sea walls dissolve, and in their place are thickets of trees, broad deserts and craggy cliffs down to stony shores. The wilderness of Australia.

Check out our video on Wandjina rock art in the Kimberley:

Of course, 5,000 years ago – even 50,000 years ago – signs of human habitation were here. In fact, their ancient legacy still remains today. As old as the hills into which they’re carved.

The ancient rock paintings in the Kimberley’s galleries are now as much part of the country as its ember-like red earth, its riotous, rugged coastline and the benevolent yet irascible spirit that dwells in every leaf, rock and river. 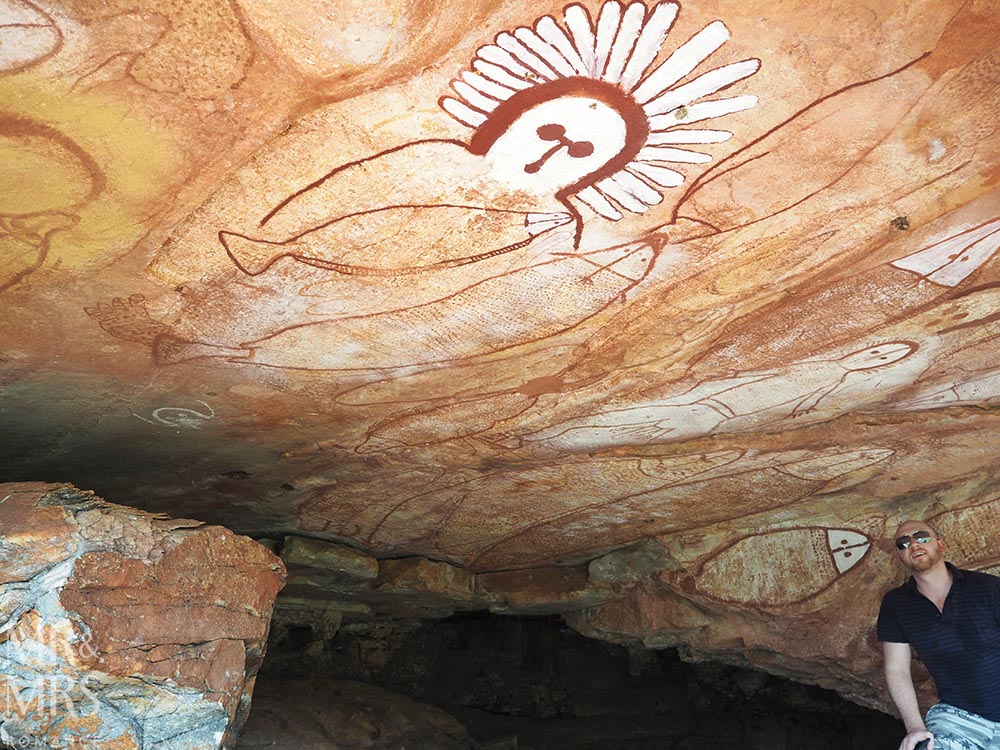 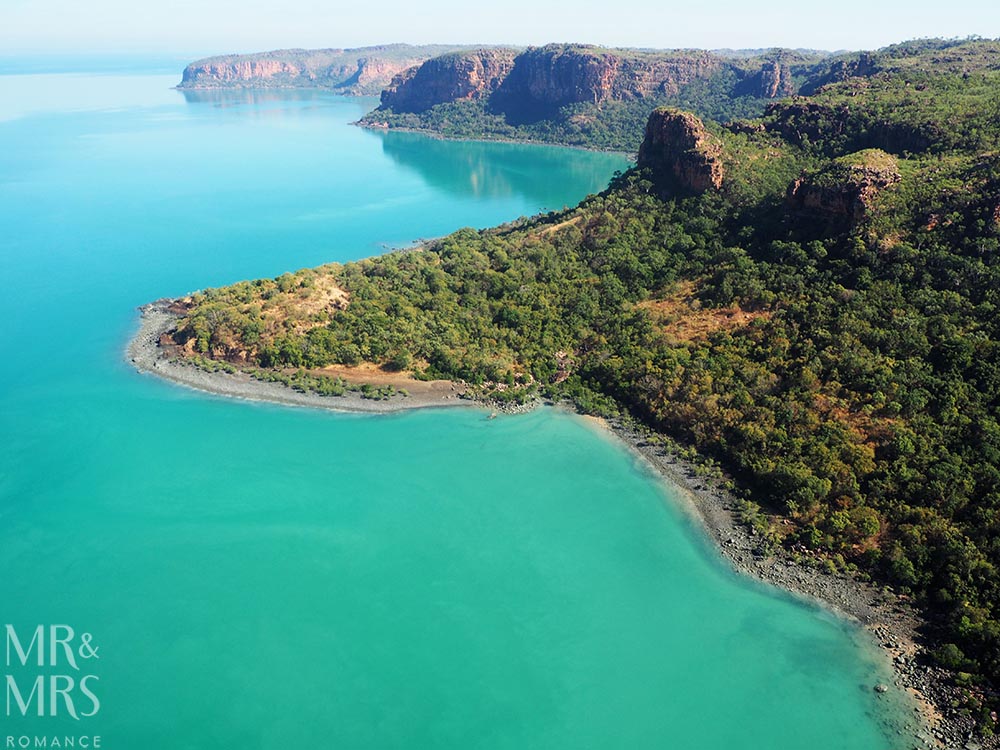 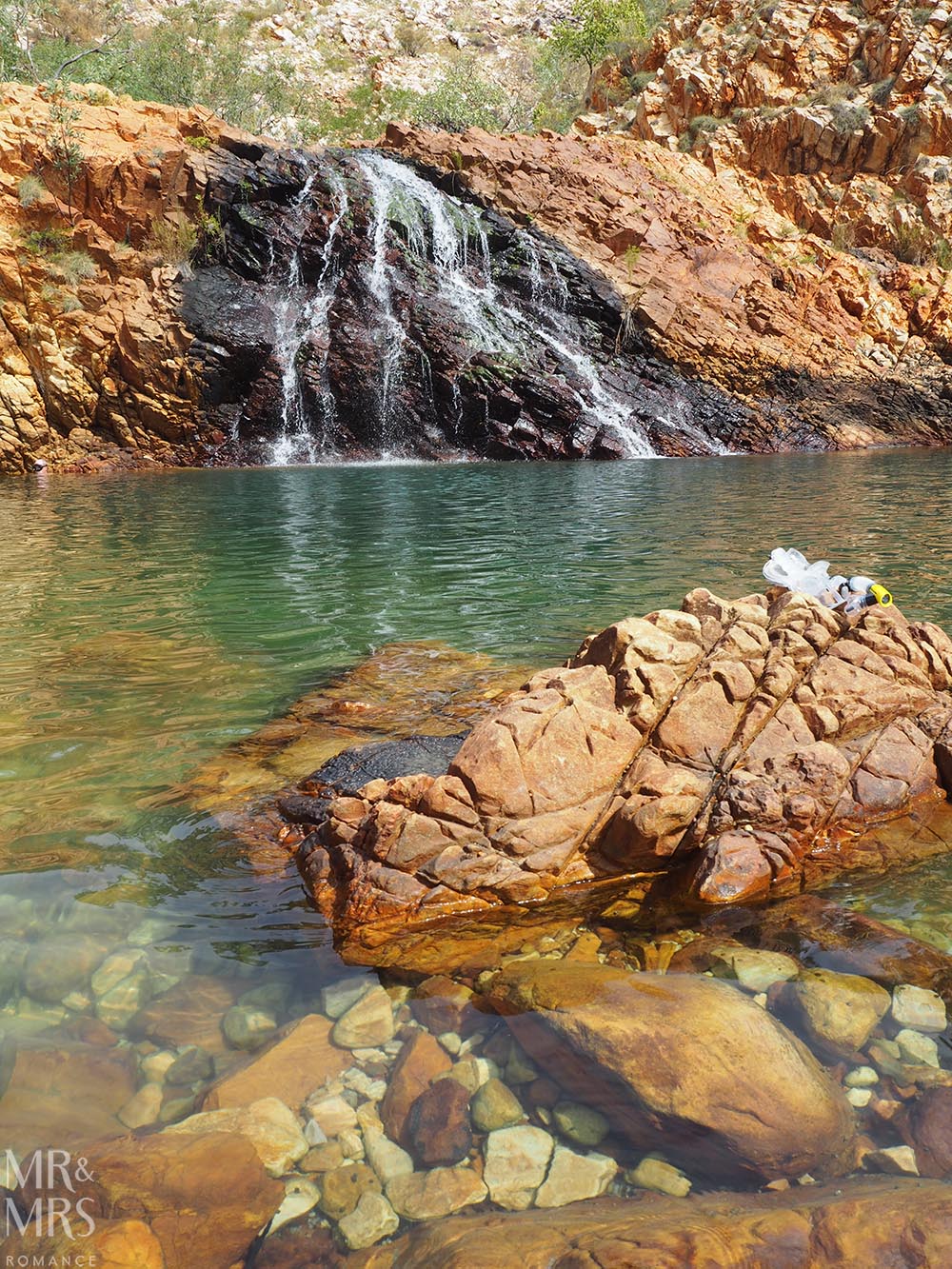 Already home to superlatives like Mitchell Falls – Australia’s highest tiered waterfall, Montgomery Reef – the country’s closest onshore reef and the third highest tides in the world (behind Alaska and Nova Scotia), the Kimberley has been comfortable with its status for millennia. 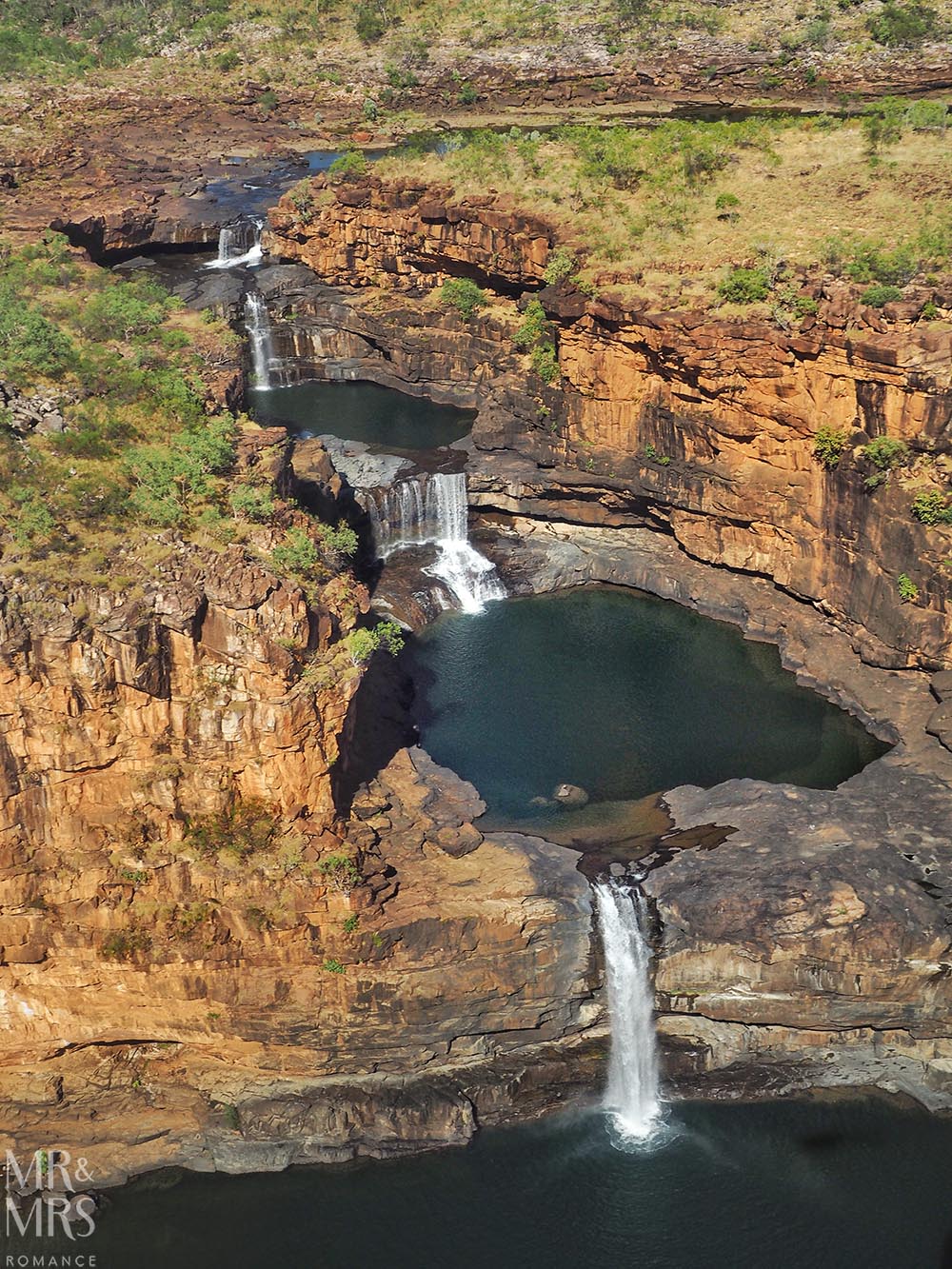 But the Gwion Gwion rock art – known also as ‘the Bradshaws’ after Joesph Bradshaw, who found them in 1891 – is perhaps the most significant preeminence to us humans.

These paintings, possibly the oldest form of art in the world (and the oldest depictions of humans), are shrouded in mystery. 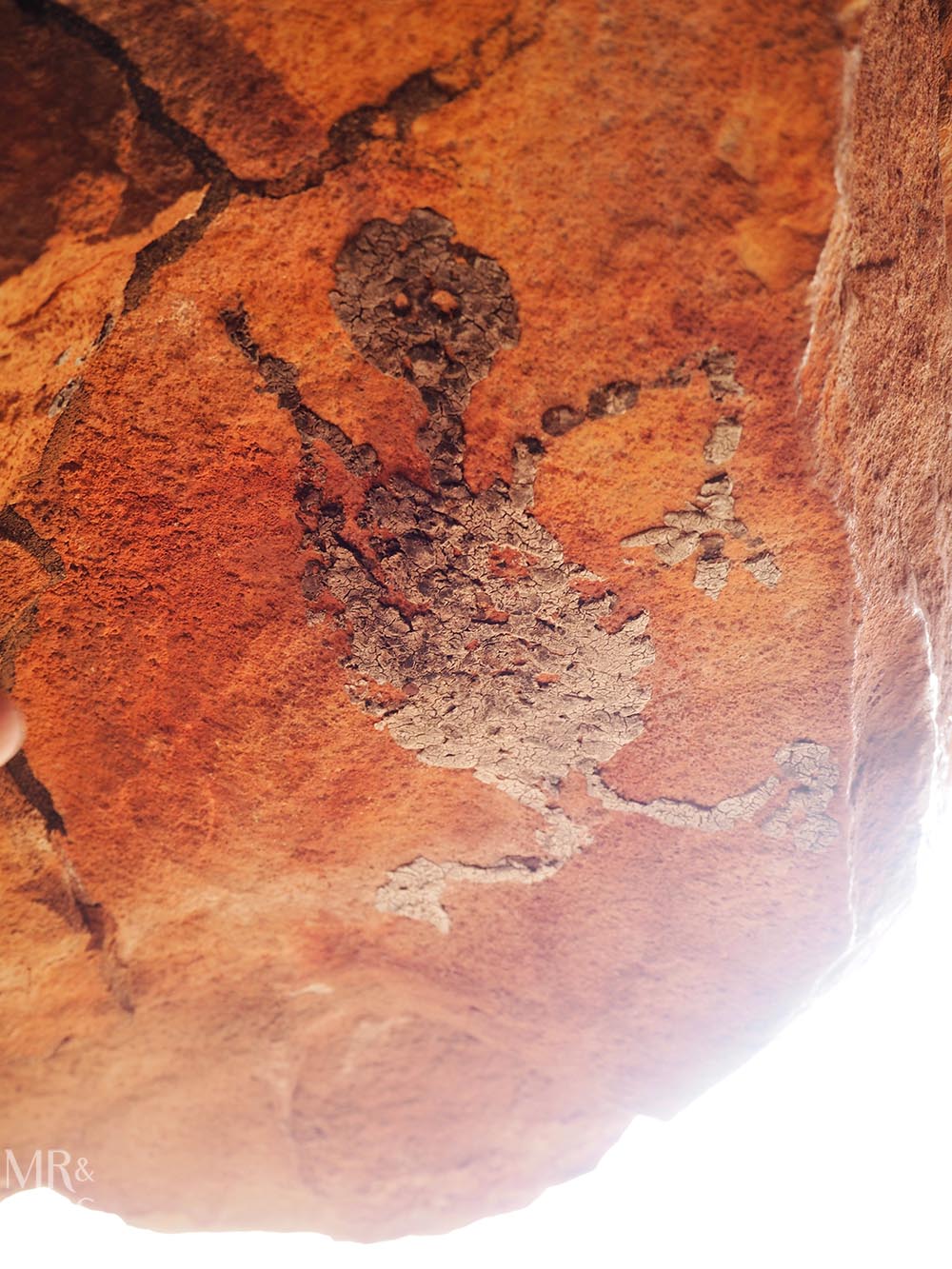 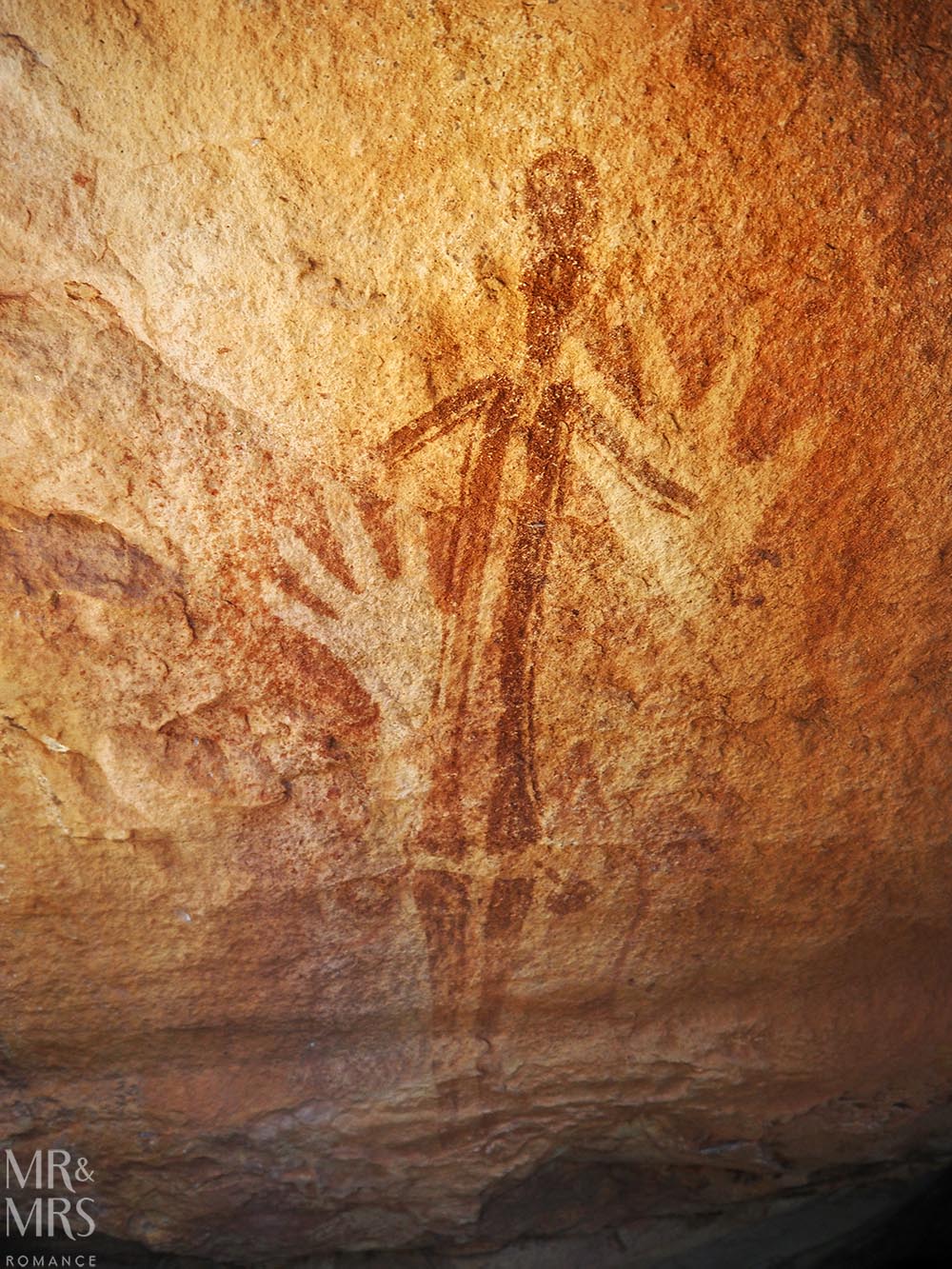 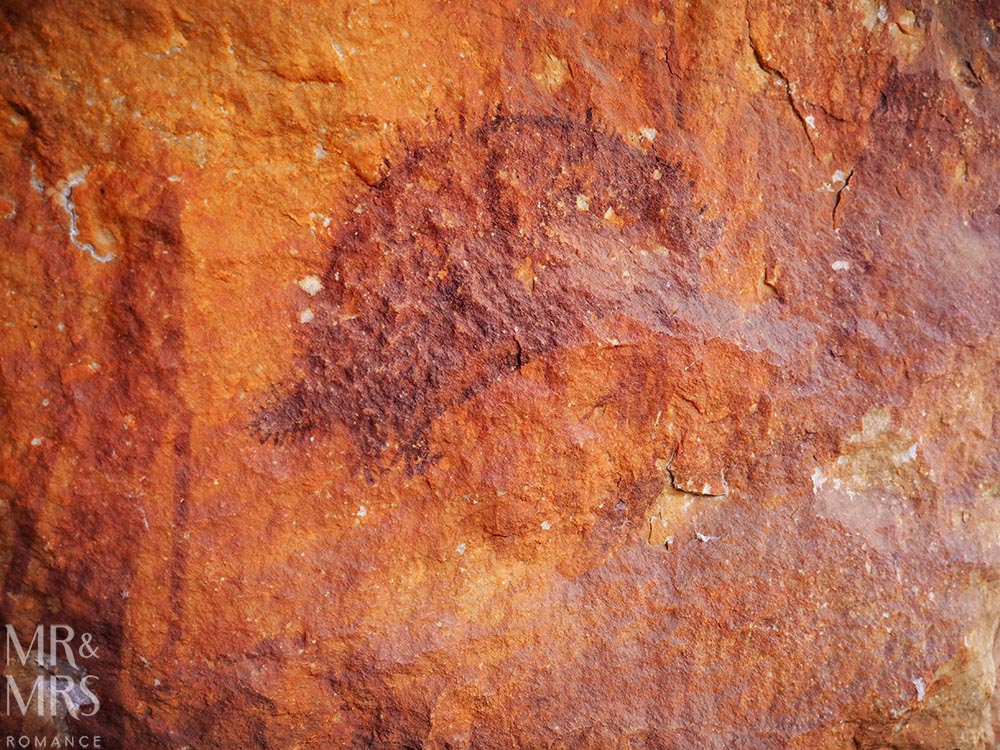 How old are the Gwion Gwion Bradshaws?

It’s been difficult to date them because to use things like radiocarbon dating technology, you need traces of biological data – carbon for example. And there’s just none left in the ancient pigments painted onto the walls of the Kimberley caves. In fact, the paintings have become the caves.

However, fossils of mud wasp nests, which were built on top of the paintings, do still have organic material to carbon date. The fossils are around 17,500 years old, so the paintings go back at least that far. 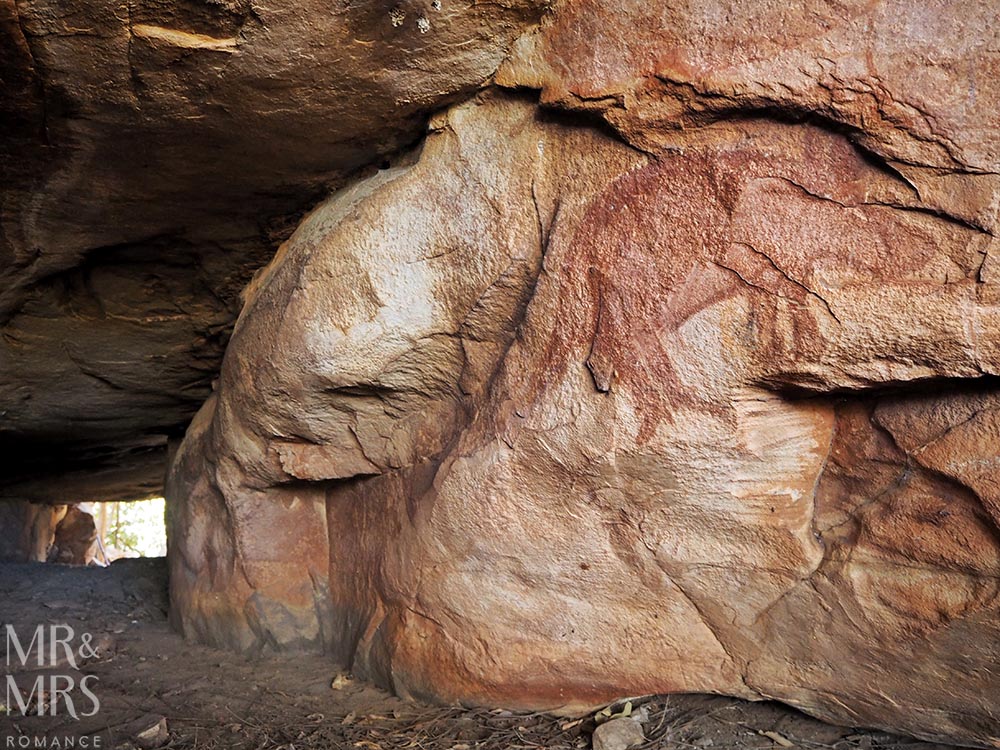 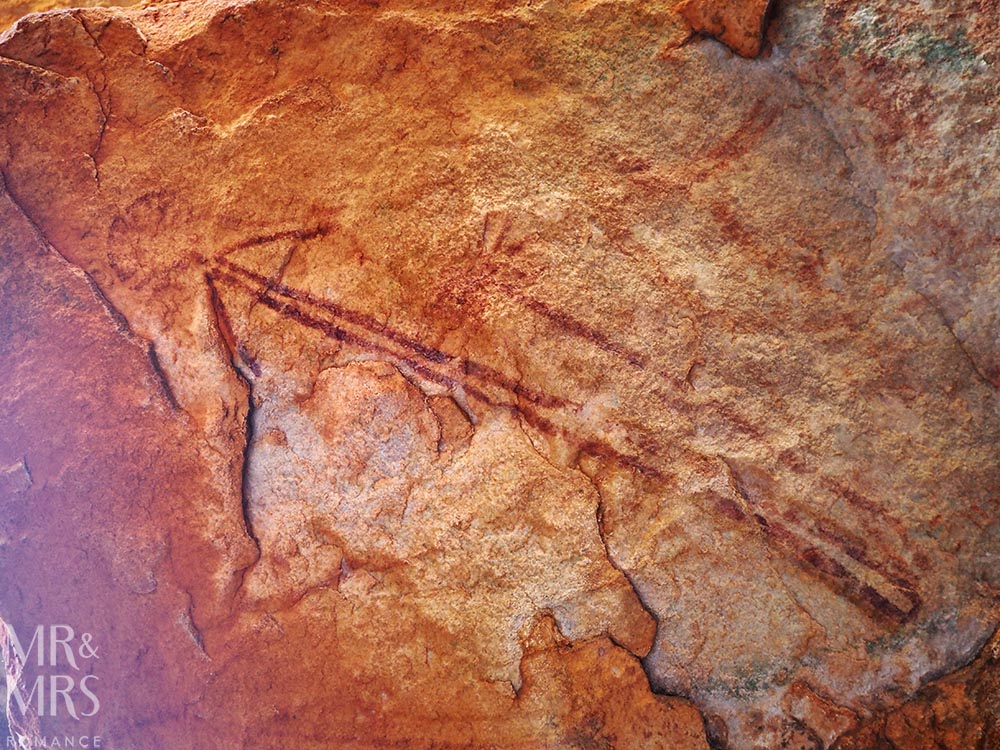 But bearing in mind the nests would not have been built (and allowed to remain) while the artists were still in residence, it’s very hard to know how fresh the paint was before the wasps moved in.

Other Gwion Gwion art depicts the giant form of a Thylacoleo, the massive ancestor of the Thylacine or Tasmanian Tiger. The Thylacoleo became extinct around 45,000 years ago, so it would be easy to extrapolate that these paintings are contemporaries of this 130kg ‘dinosaur’.

There are so many other theories and suggestions about these paintings that pinning down a specific date for these incredible works of ancient history – let alone getting scientists to agree – is almost impossible.

Either way, these artworks are old, beautiful and incredibly important. 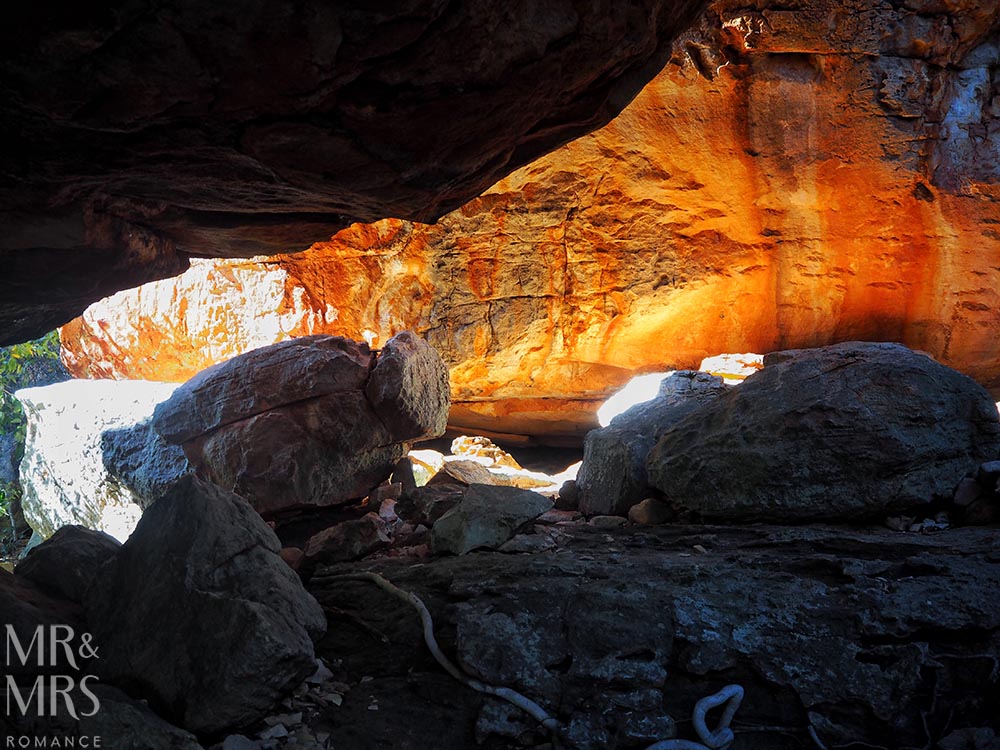 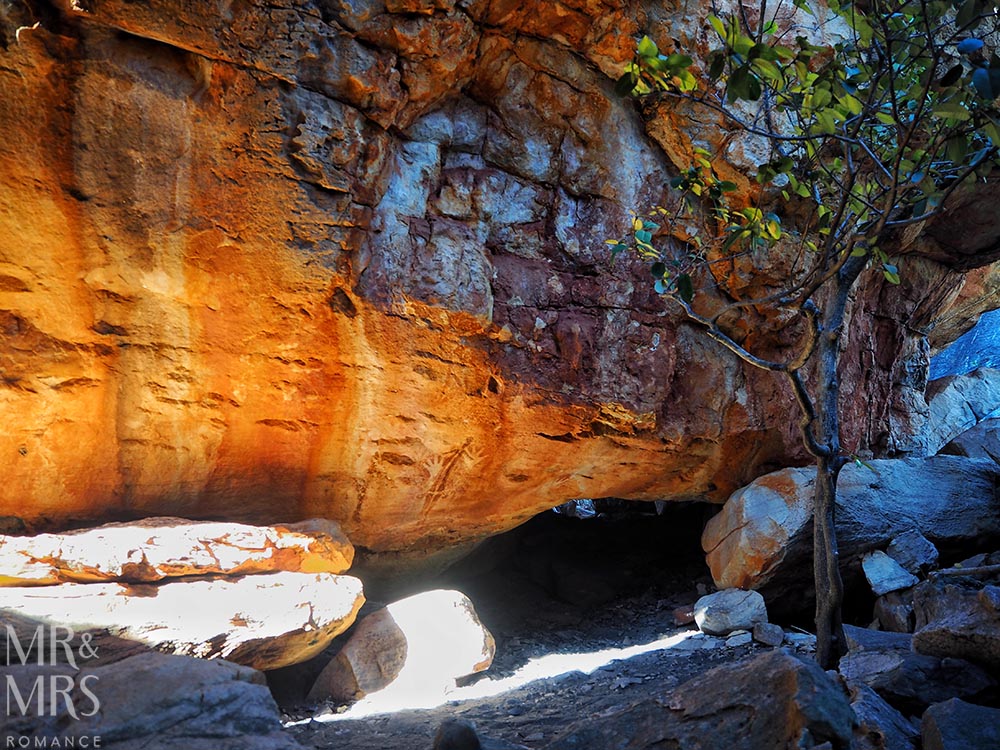 How many Gwion Gwion and Wandjina sites are there?

Spread over an enormous area – around 50,000km² – there are literally hundreds of thousands of gallery sites in the Kimberley of both the ancient Gwion Gwion artwork and Wandjina images that also date back many thousands of years.

And scientists believe there are many that still haven’t been discovered yet.

The rock art we saw while we were in the Kimberley was from Raft Point – a remote, steep bluff of deep red rock that launches from the shores of the Indian Ocean. Known by the local Worrorra People as Umbre, this area is home to one of the more accessible galleries from the sea. 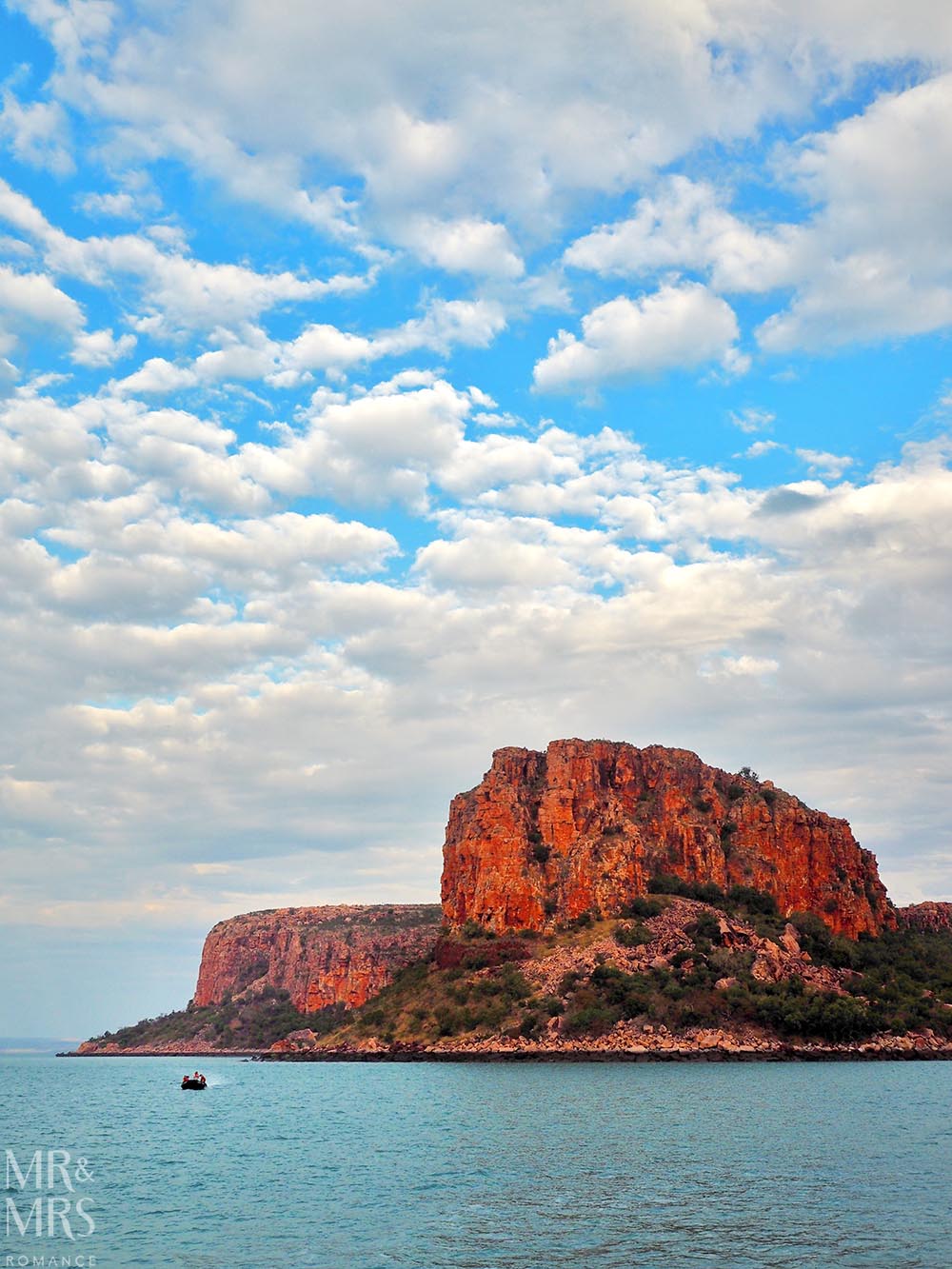 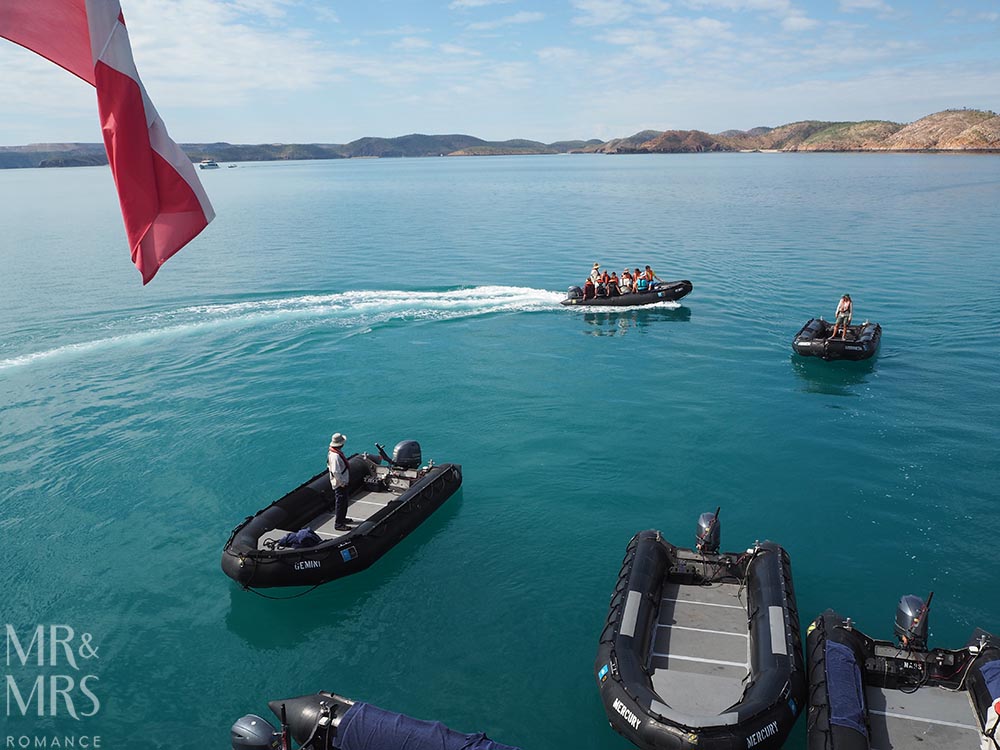 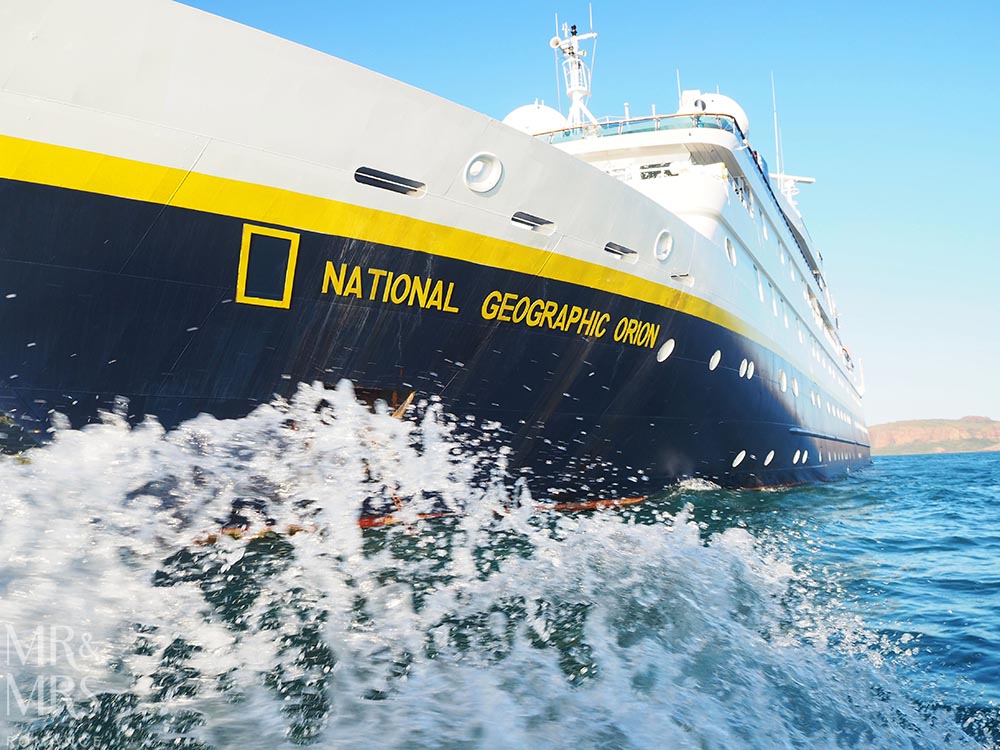 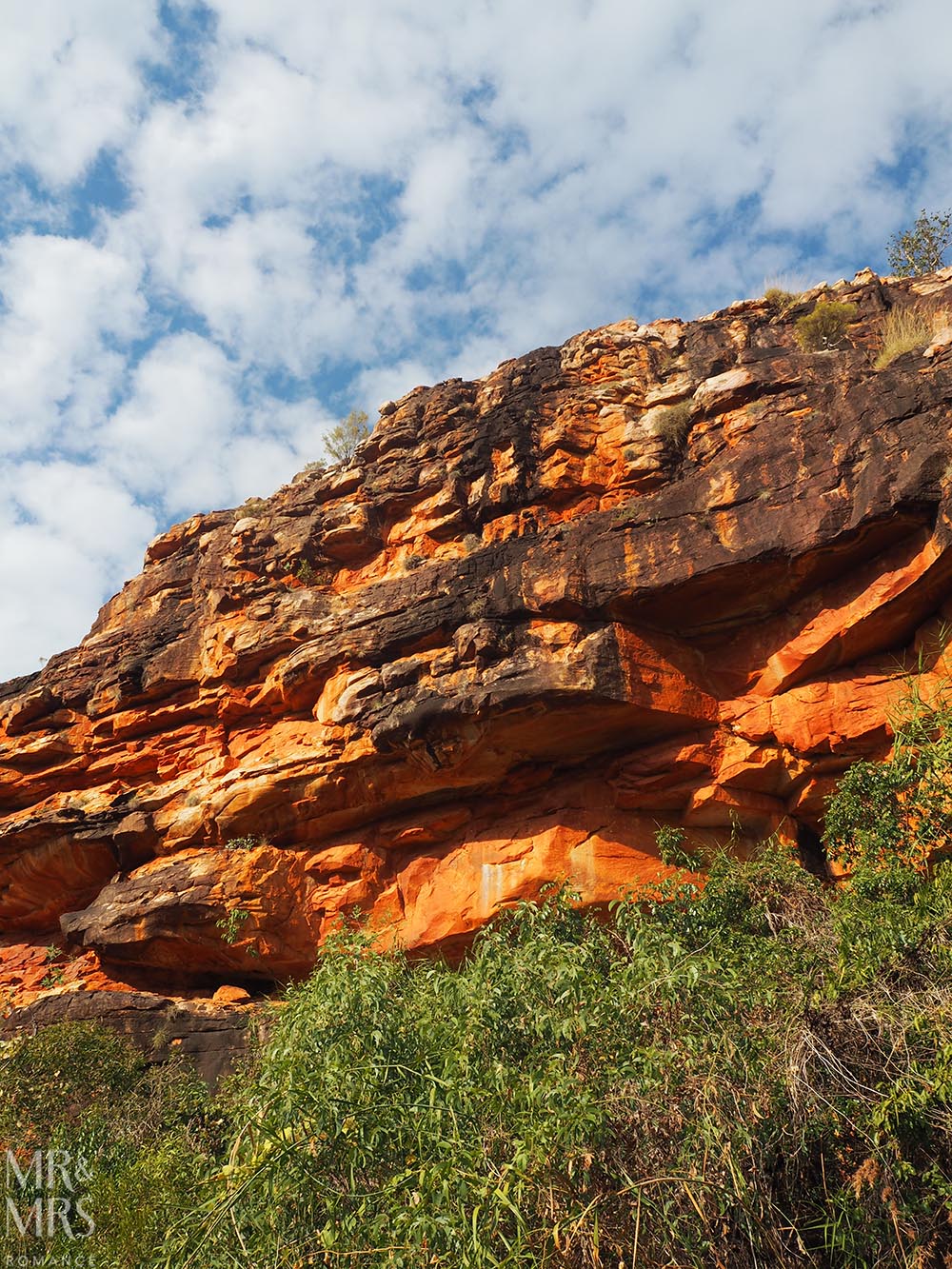 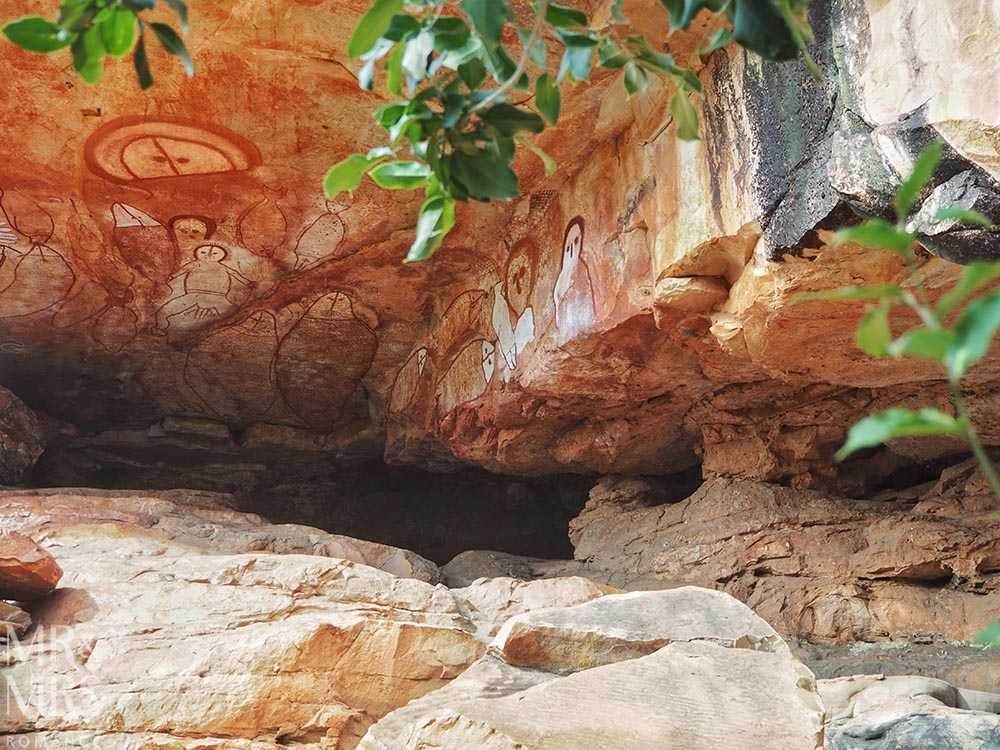 At the time, we were travelling with National Geographic on an expedition ship, and to clamber from a Zodiac onto the crunchy sand at Umbre, then scramble up to the caves filled with those legendary paintings was unforgettable.

National Geographic expedition leader Steve Egan explained some of the details of the ancient Aboriginal Wandjina paintings above our heads. You can watch his lesson on our video here.

It was an entrancing experience and one that we will never forget.

It made it all the more painful to learn of news that, in disgraceful acts ostensibly to clear bushland for fire safety, the WA government in 2009 damaged or destroyed over 5,000 of the known 8,742 sites of Bradshaw art with aerial firebombing and back burning.

Much of this area was presumed (incorrectly) to have high potential for oil and gas reserves.

Incredibly, this is still happening.

In mid-2020, Rio Tinto bombed parts of the Pilbara, a region south of the Kimberley, to expand an iron ore mine. They utterly destroyed two culturally and scientifically significant sacred sites, one of which was dated to be over 46,000 years old.

And this was sanctioned by ministerial consent via outdated Aboriginal heritage laws.

You can read more about the Rio Tinto disaster here.

In legal developments, three of Rio Tinto bosses have been fined (but still hold their senior positions) for the destruction of one of Australia’s oldest archaeological sites.

The fines relate to bonuses of the three heads of the mining firm amounting to around £4m (AU$7.3m). 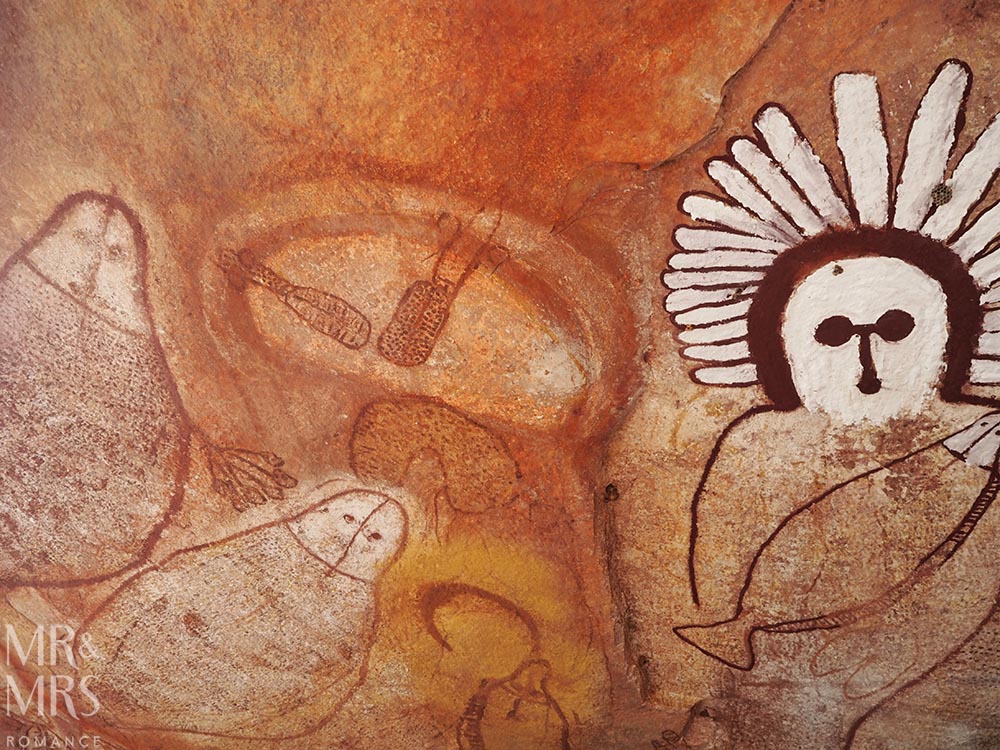 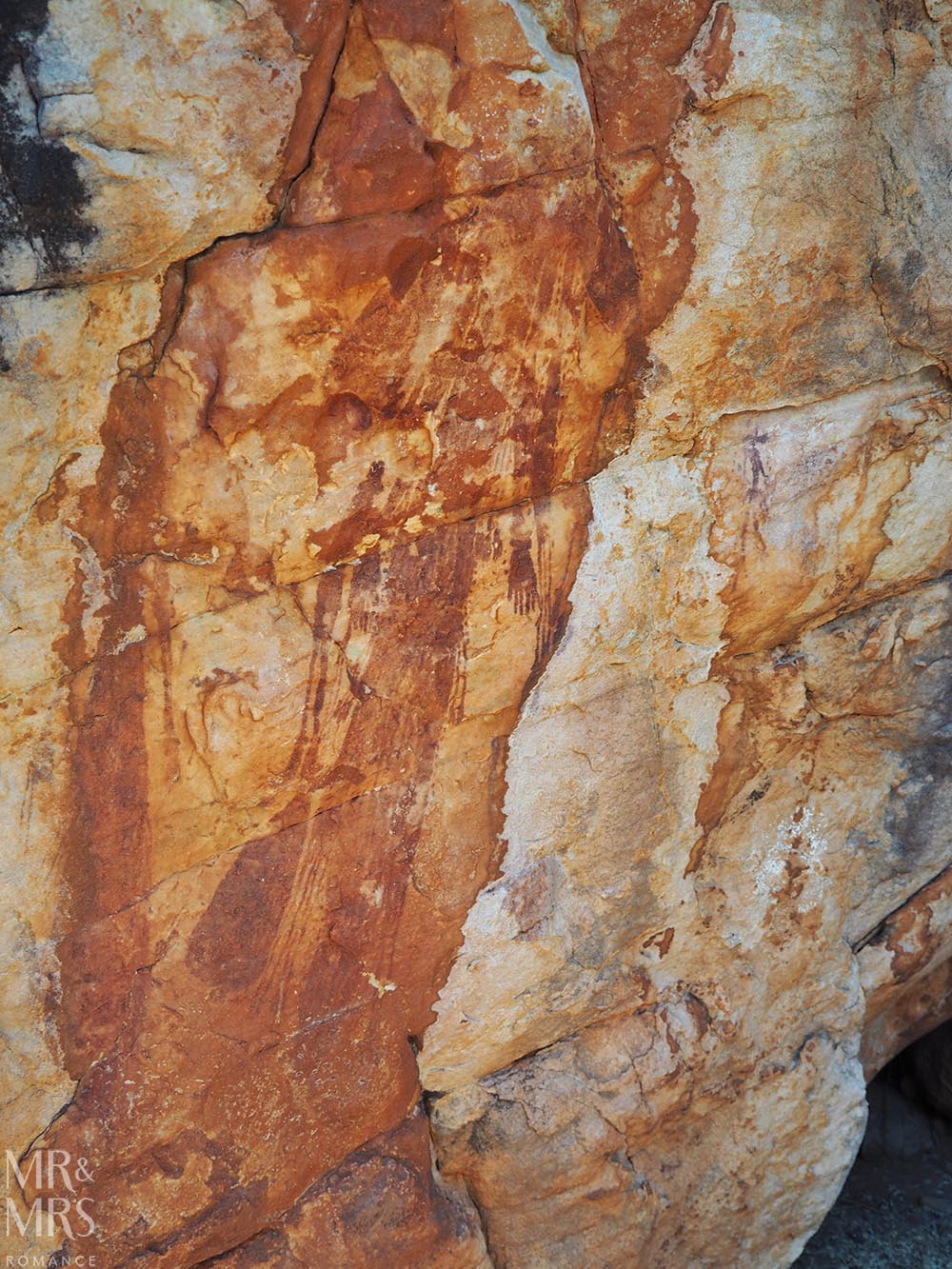 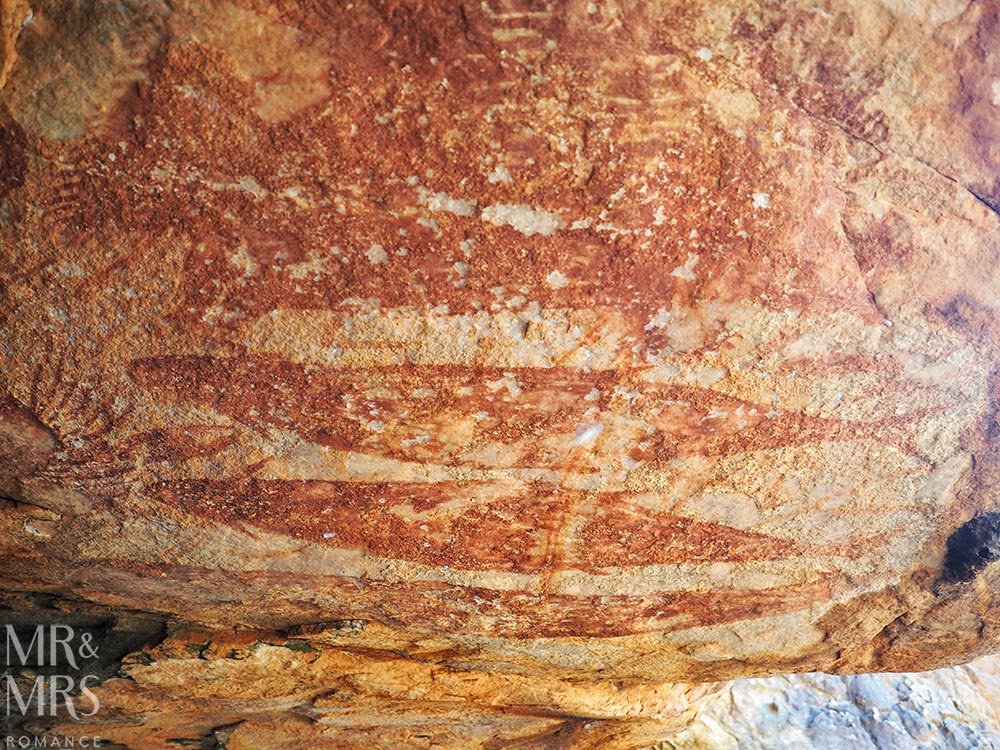 We’ve travelled through a lot of Australia. We’ve seen its high peaks, its deep caverns, its beaches and its forests, its cities and its vast, ranging deserts.

They all have one thing in common: they all give you a sense of this incredible country – they all feel like home.

But the Kimberley feels more like Australia and yet at the same time less like anywhere else on earth.

Perhaps the spirit of the Wandjina – the unique, ghostly forms of cloud and rain eidolons found in the rock art of the Kimberley – is what gives this place its magic.

And the paintings of the Gwion Gwion and Wandjina are a talisman of this fascinating ancient landscape.

If you want to see more about our time with National Geographic in the Kimberley, click here. 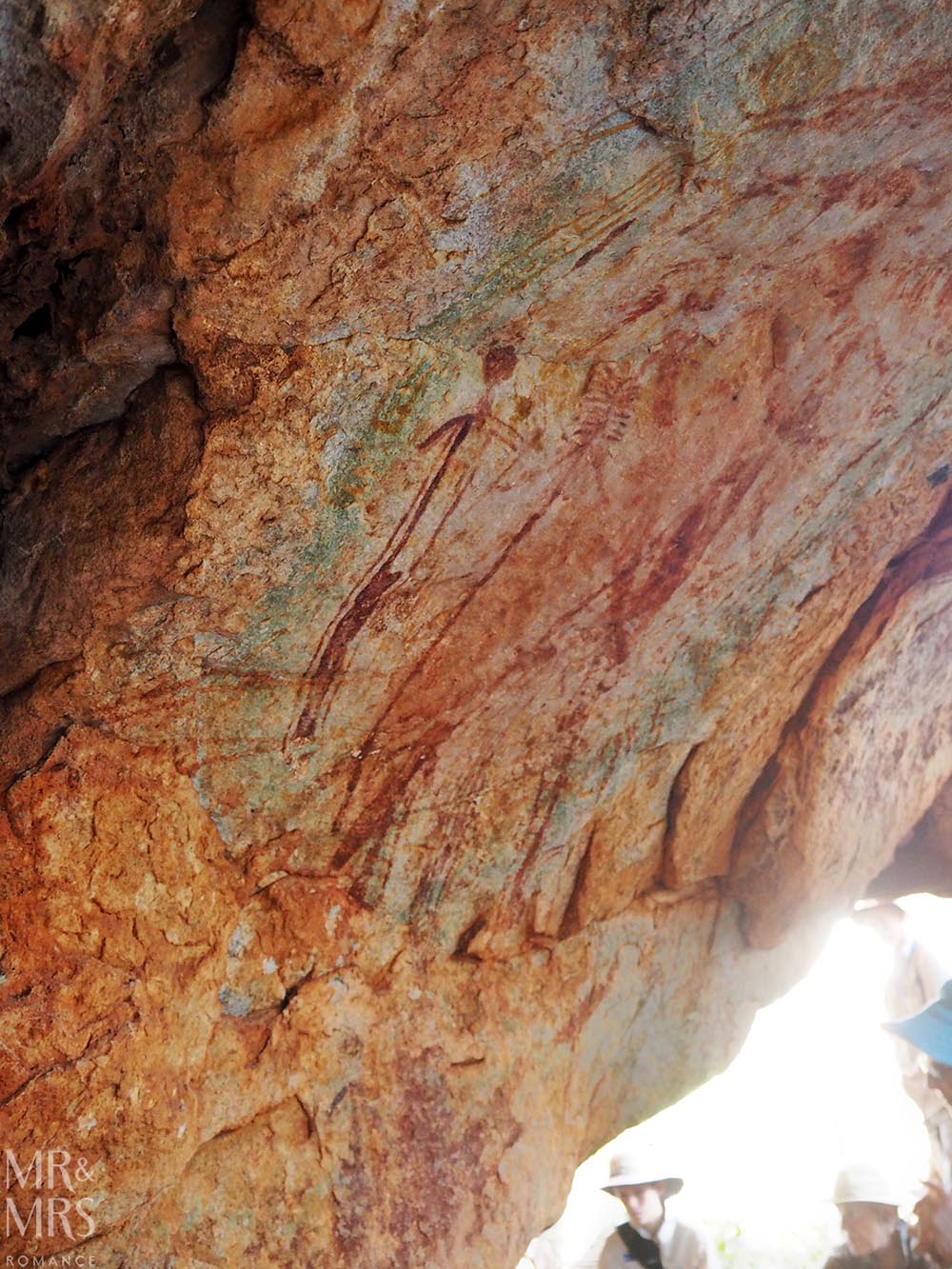 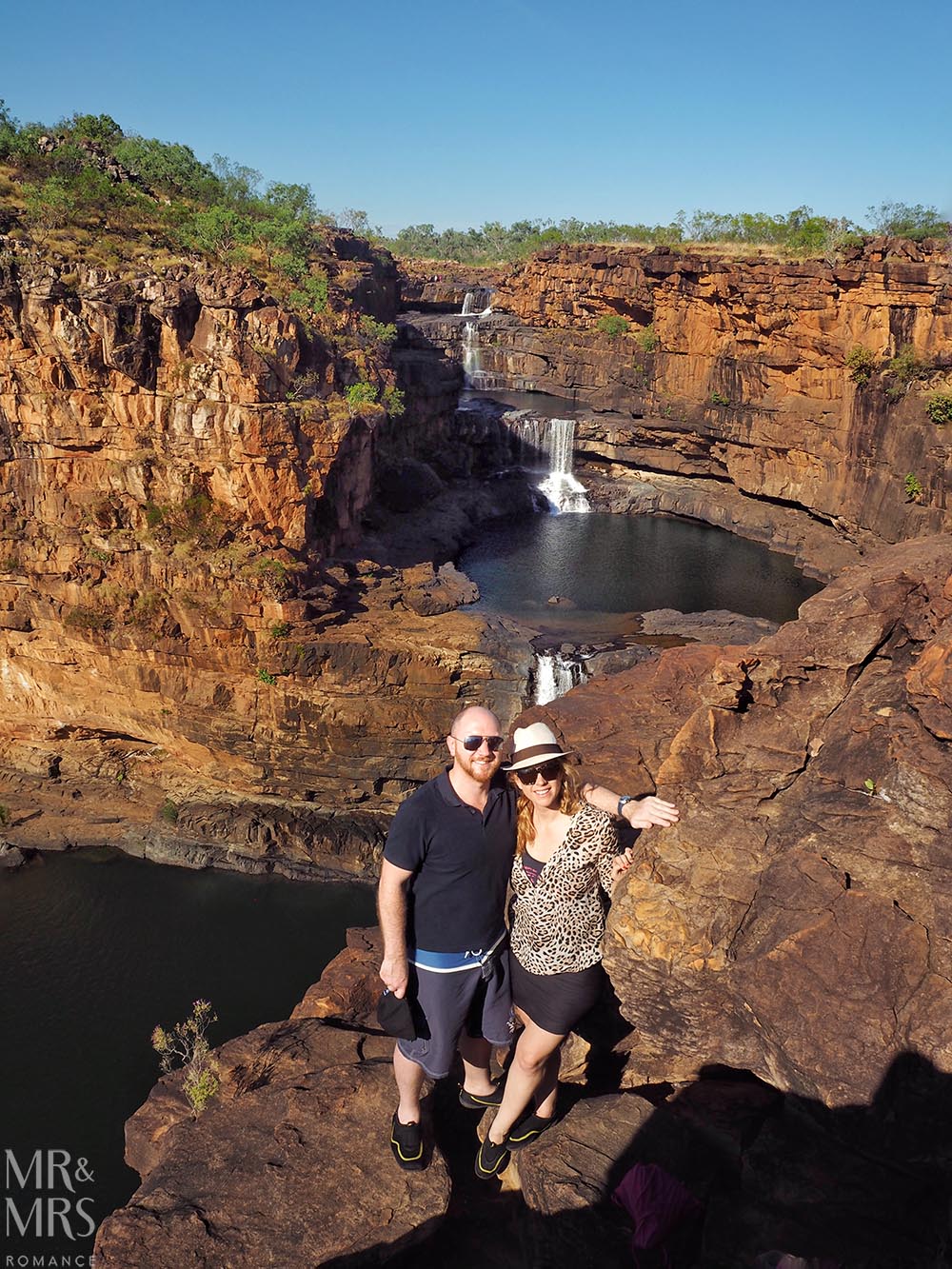 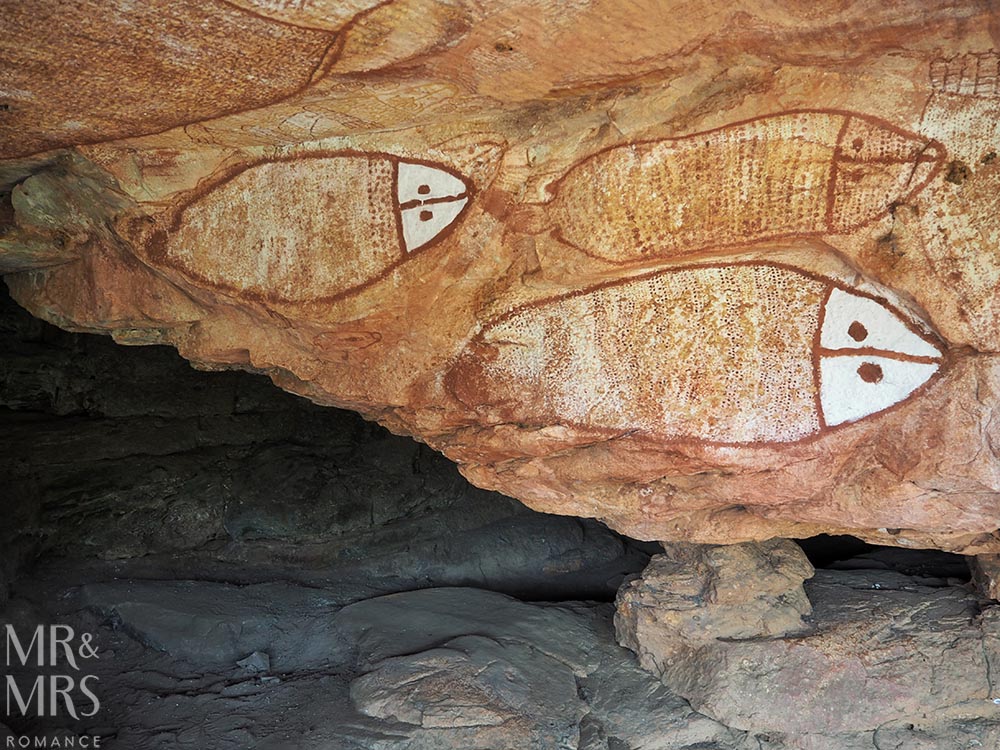 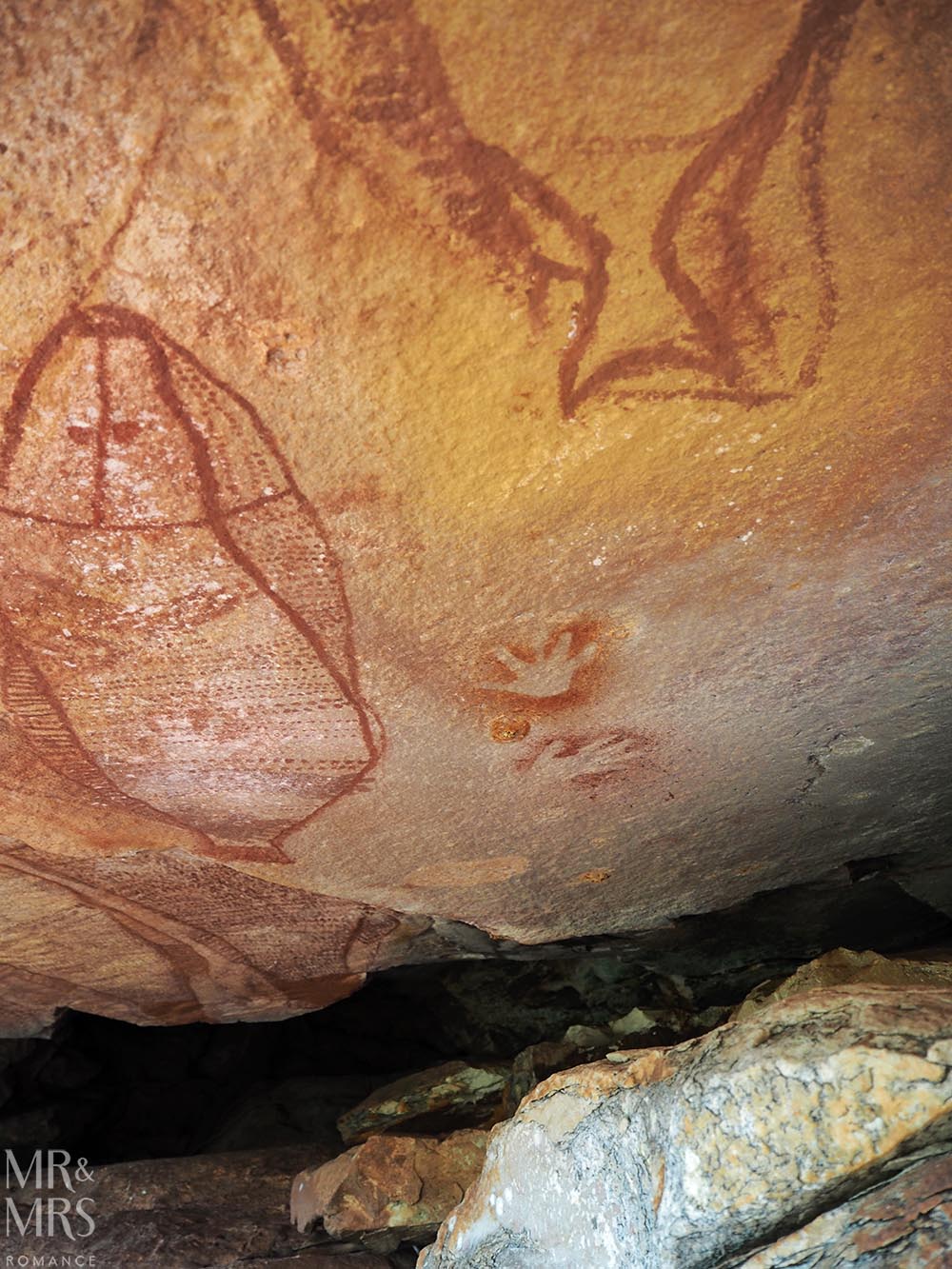 Driving under the ginfluence – a gin distillery tour of Sydney

Find out about what happens on a gin distillery tour: what you do, where you go and what you get to drink! We hit…