Istria in northern Croatia is a beautiful peninsula that juts into the Adriatic. With so much coastline and its dramatic hilly landscape, Istria has so much to offer travellers keen on experiencing the real Croatia. Here are 9 reasons to visit Istria, Croatia. 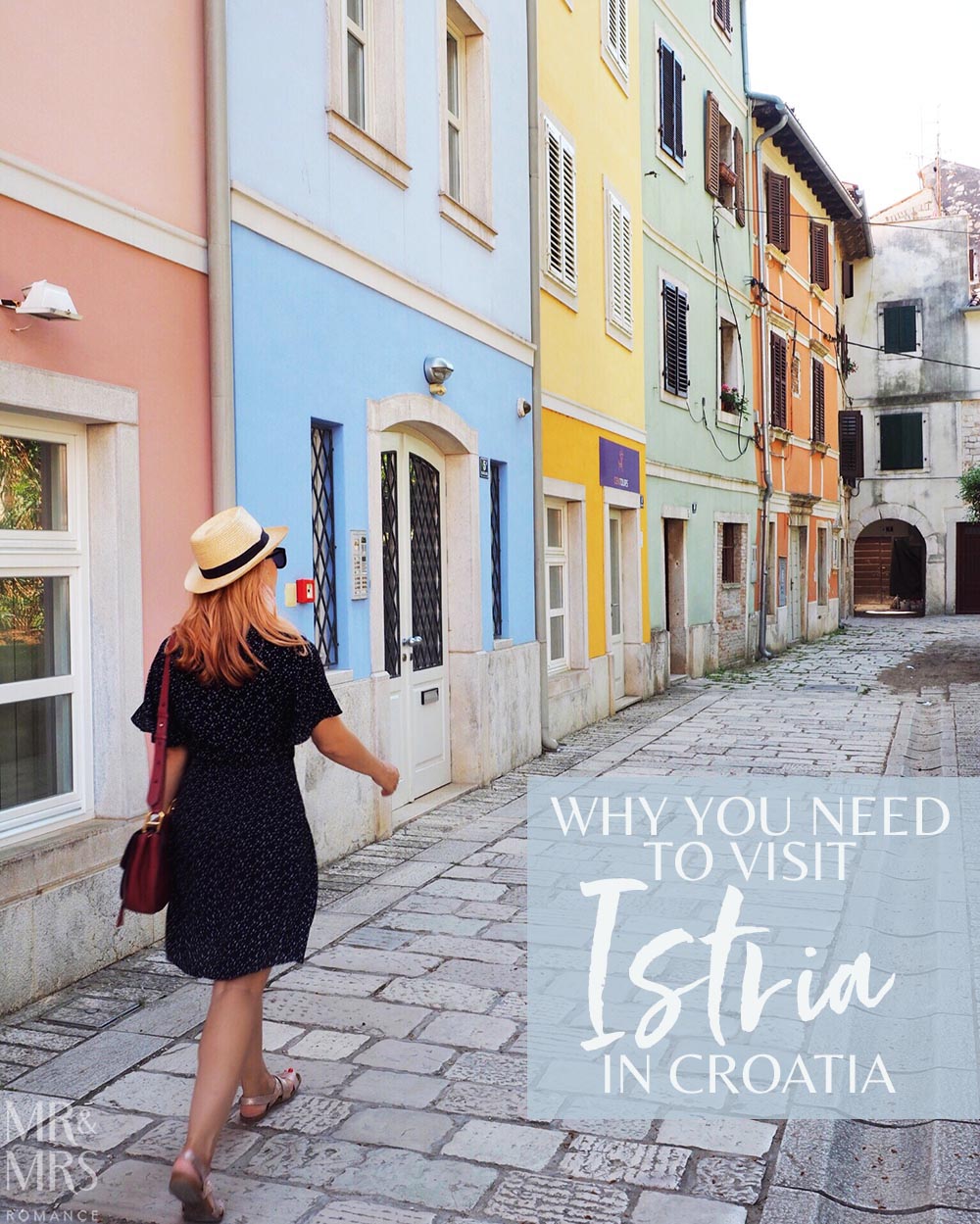 Croatia is on everyone’s travel hitlist at the moment and it’s easy to see why. Crystal waters of the Adriatic, dramatic coastlines, picturesque hilltop towns and that rustic elegance this part of Europe does so well.

But the Dalmatian Coast in the south of the country is quickly falling fowl of tourism’s favourite habit: popularity.

However, our recent trip to Istria on Croatia’s north coast showed us the side to the country we were looking for.

The Istria Peninsula, which Croatia, Slovenia and Italy all share, is in fact the largest in the Adriatic and separates the Gulf of Trieste and the Bay of Kvarner.

It’s also home to some of our best travel memories. 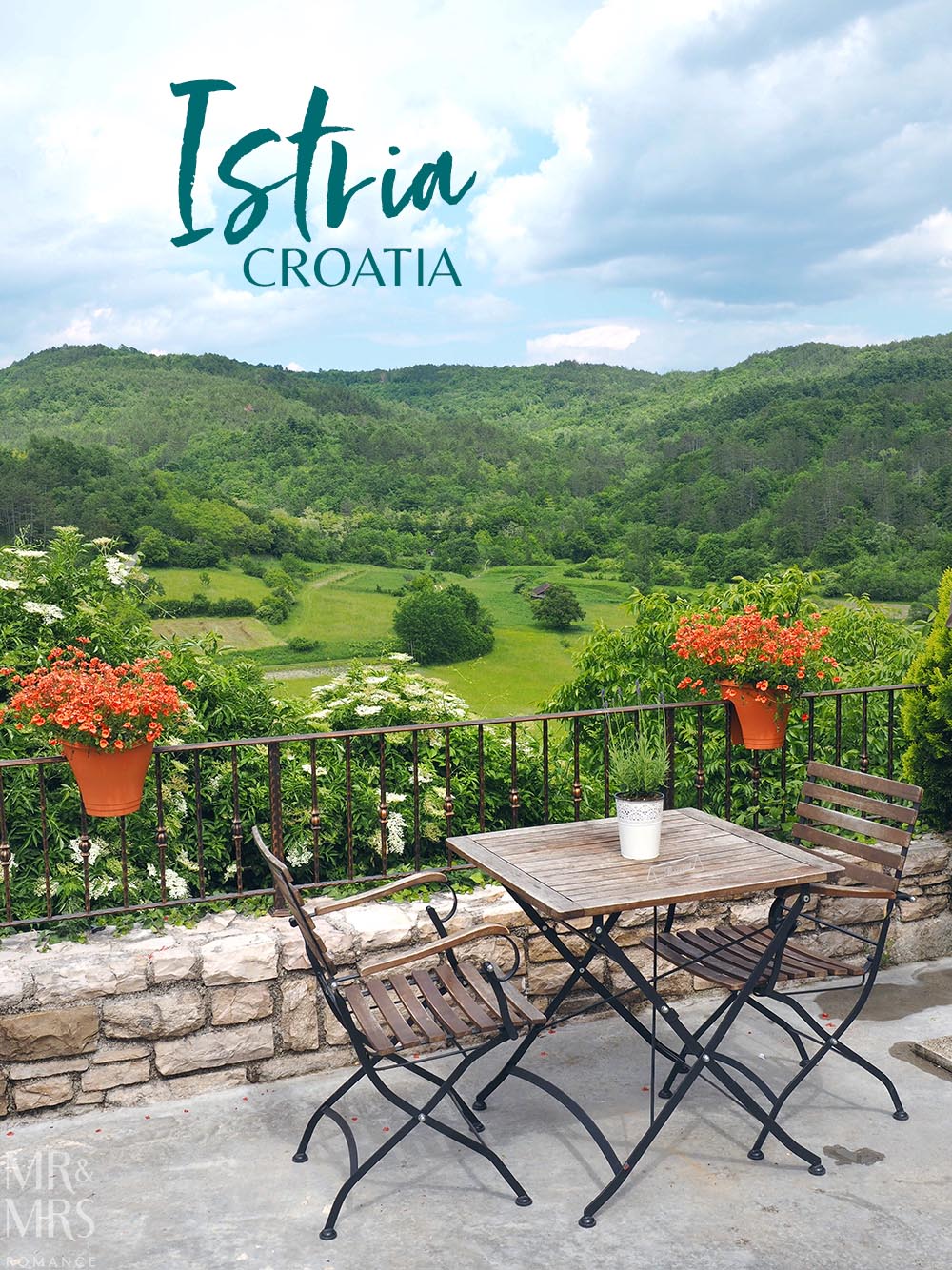 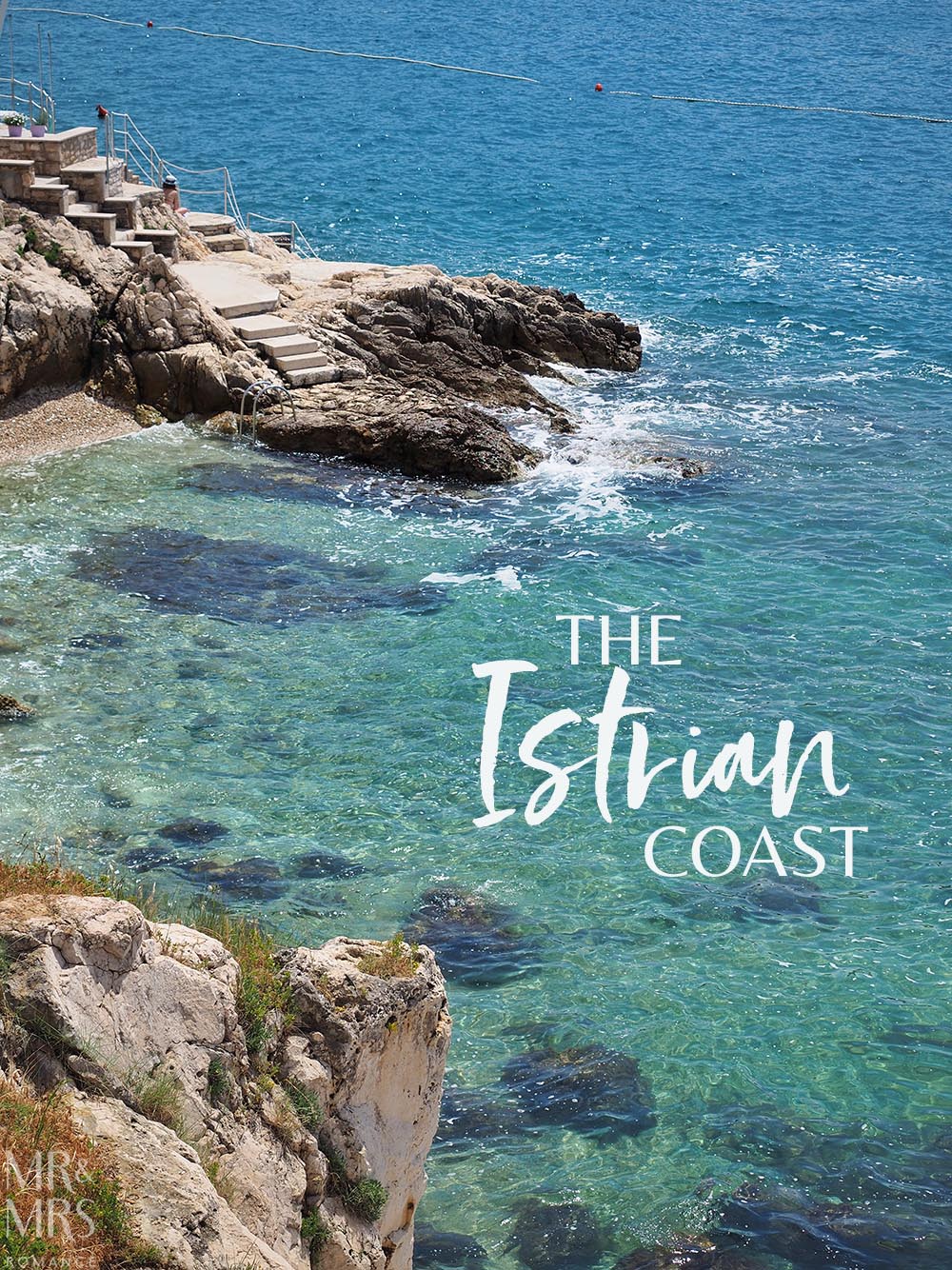 From the little leaning laneways in the scattered towns of the peninsula to the lush green valleys and hilltops of the Istrian countryside, this part of Croatia is very easy on the eye.

And with its 250km+ of shoreline graced with the beautiful Adriatic Sea, Istria’s coast is even more impressive. Yet in spite of its beauty, this part of Croatia still maintains its dignity. Its quiet pride allows visitors to appreciate the glimmer of its crystal waters or its wholesome inland grandeur in their own time. 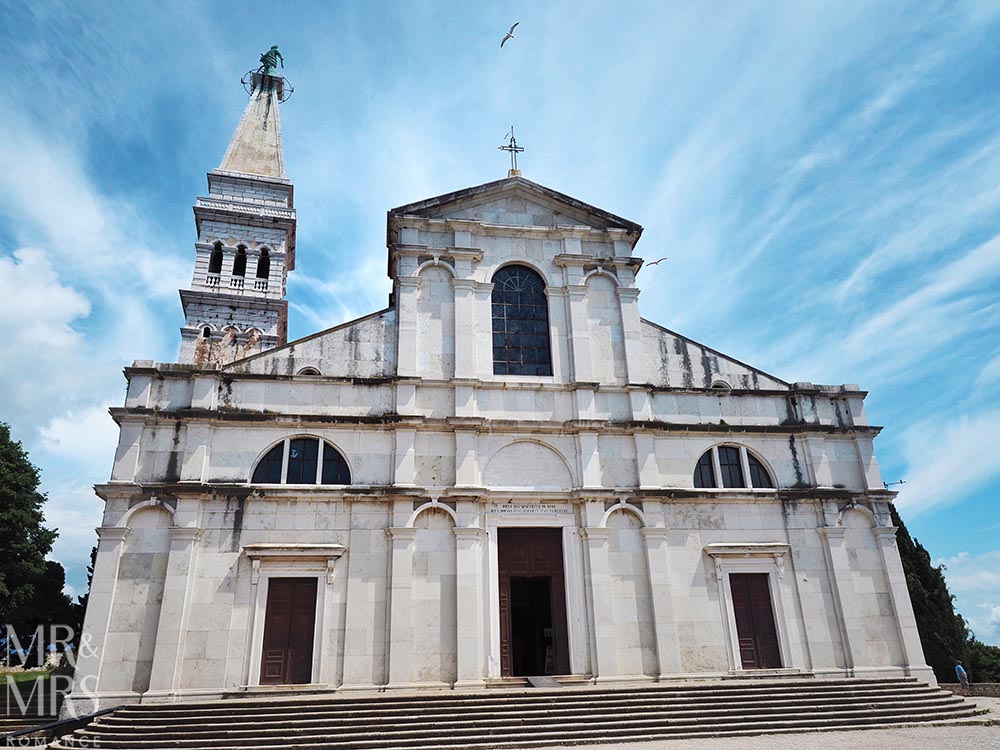 With its proximity to the east coast of Italy (there’s a ferry line that can get you from Pula to Venice in about 3 hours), the Istrian Peninsula has a heavy influence from the Venetians. You can see this in the food, the architecture and even the language.

This part of Croatia uses both Croatian and Italian in daily life. In fact most supermarkets will have both the Italian and Croatian words for things on the labels.

The Istrian Peninsula has been fought over, annexed and disrupted for over 2000 years, with many different kingdoms and countries claiming ownership. The effect of this region having so many influences – not just Italian – has created a fascinating kaleidoscope of cultures. 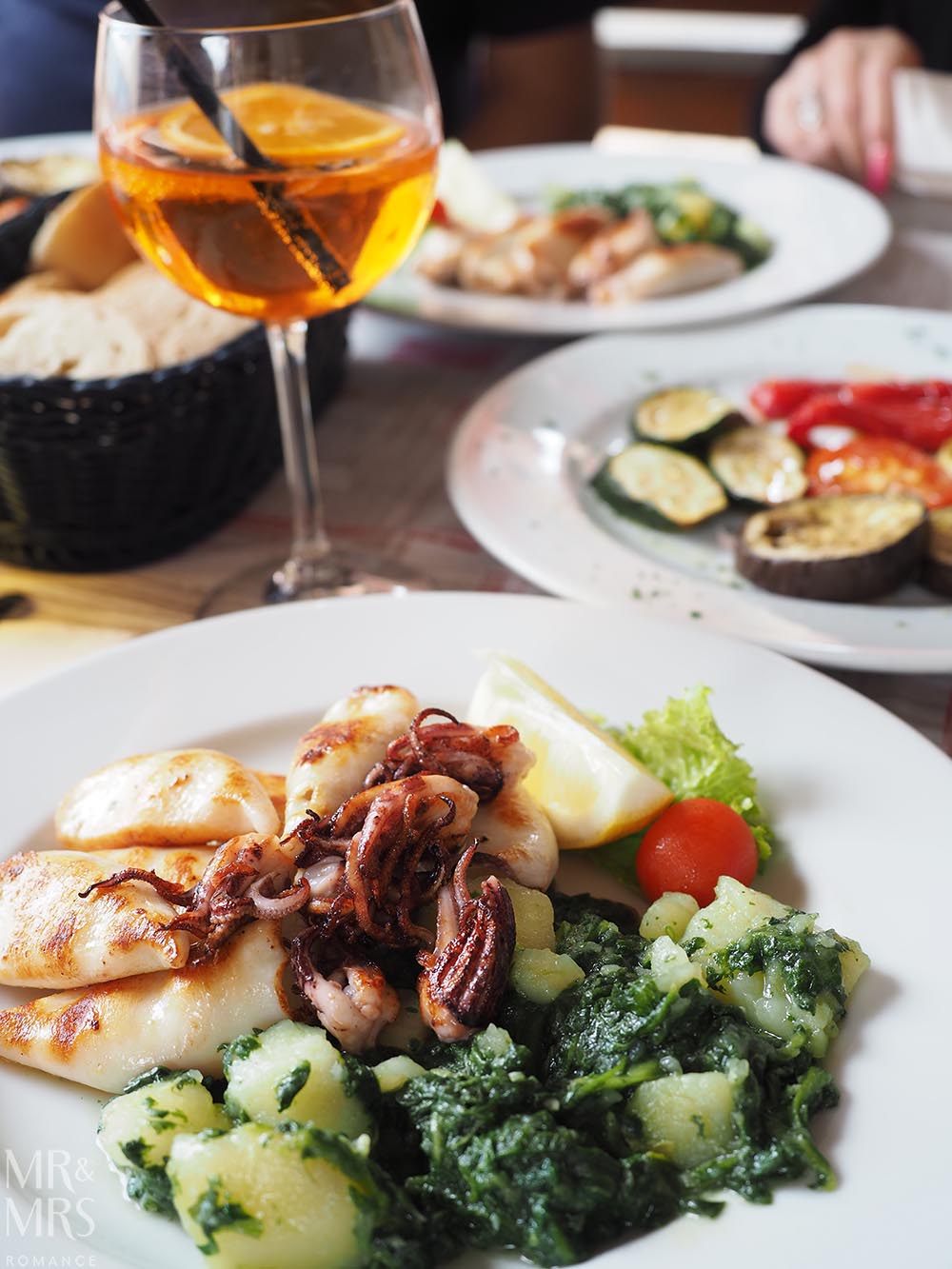 The combination of Slavic heartiness and Italian balance means food in Croatian Istria is fantastic. We tried hard every day we were there to have a bad meal and failed quite happily.

Most notably, is the truffle that locals use like salt and pepper. We couldn’t believe how much exquisite black truffle was on a simple gnocchi dish – a serving that would cost a fortune anywhere else.

In autumn and winter (September to January), the remarkable Istrian white truffle comes out to play as well, which is apparently worth travelling for.

4. It’s closer than you think Croatian Istria is incredibly close to Italy. The country’s entire coastline is quite mindboggling, so it’s easy to forget how far north and west Croatia goes. This region’s proximity to Italy has a number of positives – as we’ve already mentioned.

But best of all, it’s really quick to drive between the two countries. It took us under 2 hours to drive from Trieste – also on the Istrian Peninsula – to the Croatian border (via Slovenia). The best thing about this is there are so many flights coming into Trieste compared to Croatia’s Pula Airport.

Flying into Trieste and driving cuts costs of your trip hugely. And driving through three countries in almost as many minutes is pretty cool too. 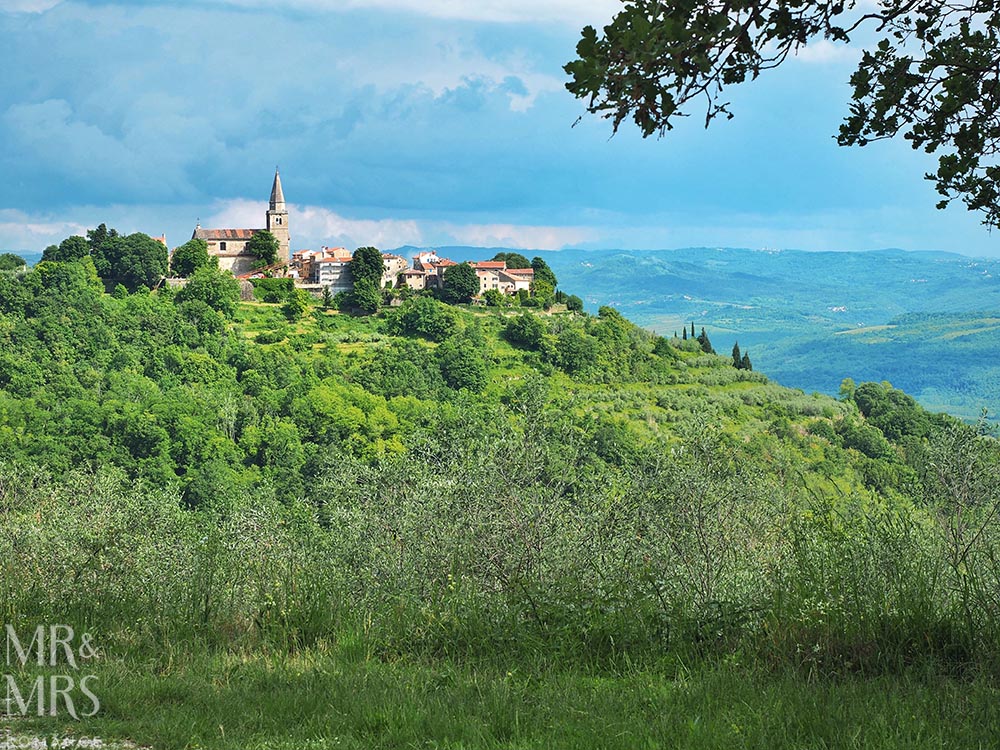 The hills throughout Istria are clad in beautiful yellowed stone towns, reminiscent of Tuscany. There’s nothing better than wandering the stony cobbles of these villages and walking amongst the ancient houses that line the little streets.

The delight of suddenly coming to the end of the town and looking out over the roving countryside from a high-up place is one of the best things you can do here. 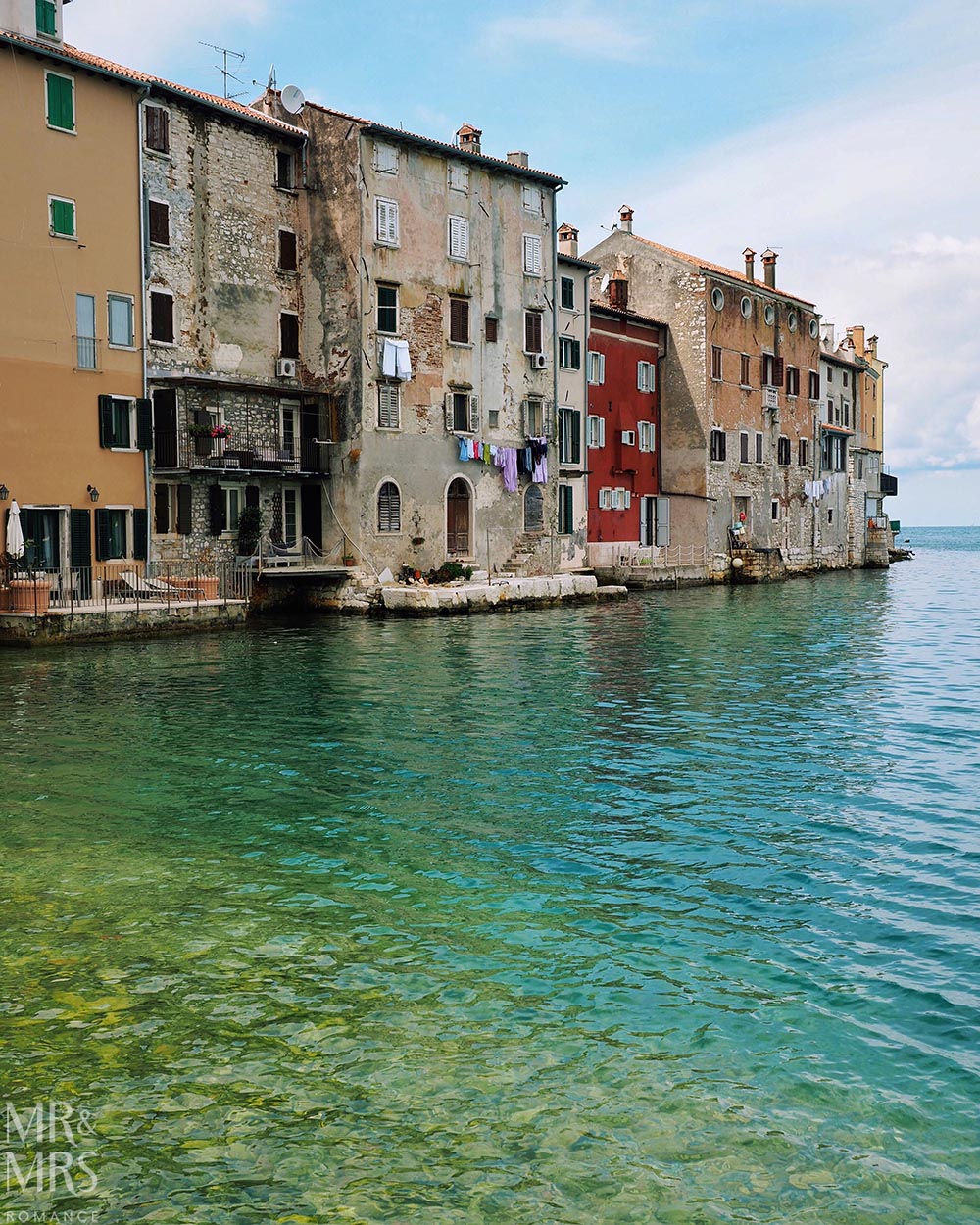 As is the nature of peninsulas, there’s so much coastline to explore here. There are many towns dotted along the Istrian shores, all following a similar rustic yet magnificent aesthetic.

Much like the hilltop villages, it’s good to wander the craggy streets to suddenly come to the end of the town. You’re rewarded with views out over the stunning blue of the Adriatic, of sea walls and – if you’re lucky – a sight of the evidence of the town’s Venetian past. Houses hang over the water, with front doors seeming to open straight onto the water.

7. Not yet discovered by the crowds down south 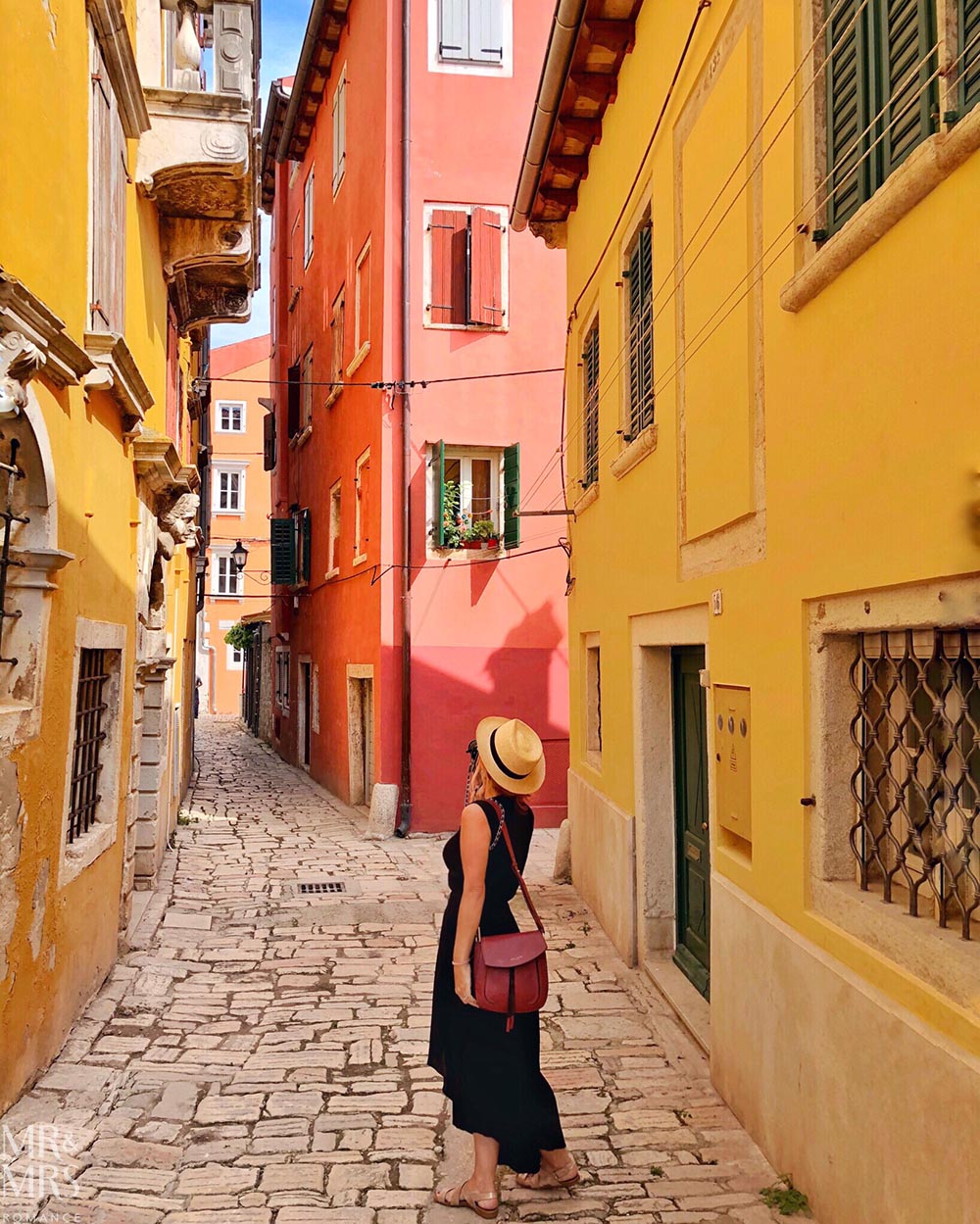 With the hype of places like Split or Dubrovnik in the south, Croatia has seen a huge increase in tourism in recent years. And rightly so – it is beautiful on the Dalmatian Coast.

However, these parts of the country are now becoming very crowded – especially in peak periods.

Further north in Istria, the region is still relatively undiscovered, unexplored and untouched. During the high season of July and August, towns like Pula and Rovinj, locals told us it’s horrible, but we had those towns – and the whole peninsula – almost to ourselves.

To get an idea of what the Dalmatian Coast was probably like 10 years, ago, Istria is the key. 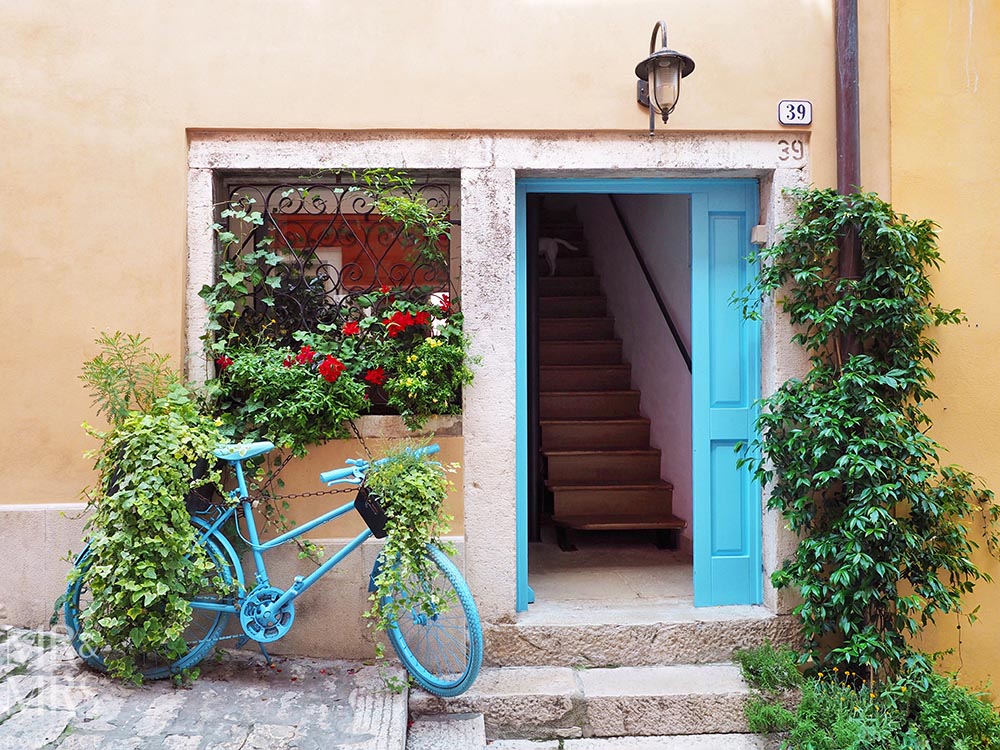 As always happens with popular destinations, it doesn’t take long for the supply and demand curve to attract higher prices. The Dalmatian Coast is becoming very expensive as savvy locals cash in on the tourism boom their region is seeing.

Compared to the Dalmatian Coast, the Istrian Peninsula – with fewer visitors, less accessible harbours for larger cruises and a more parochial mindset – is much more affordable. Having said that, don’t expect price tags to be too small. It’s not the Czech Republic of the early 2000s. 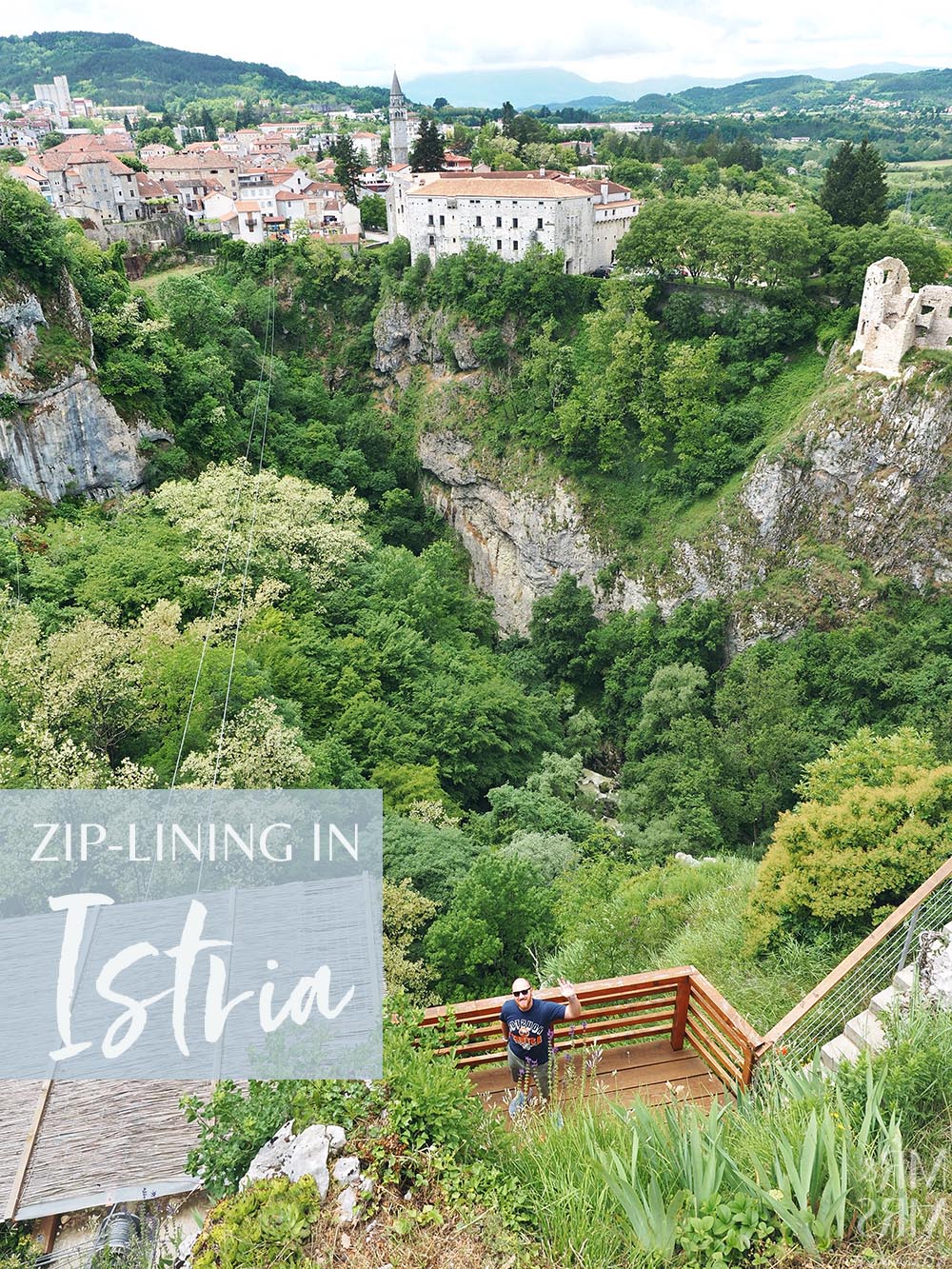 In spite of Istria being the largest peninsula in the Adriatic, it’s still small enough to make a drive to any part of it quite quick and easy. There are buses in the region, but I’m not sure how reliable, frequent or comfortable they are.

Driving in this part of Croatia is fine. The roads are quite well maintained, signage is easy to understand and traffic is rarely a problem. The drivers you do see are a little crazy though, so be prepared for some tailgating. Everyone seems to drive at least 10km over the speed limit. 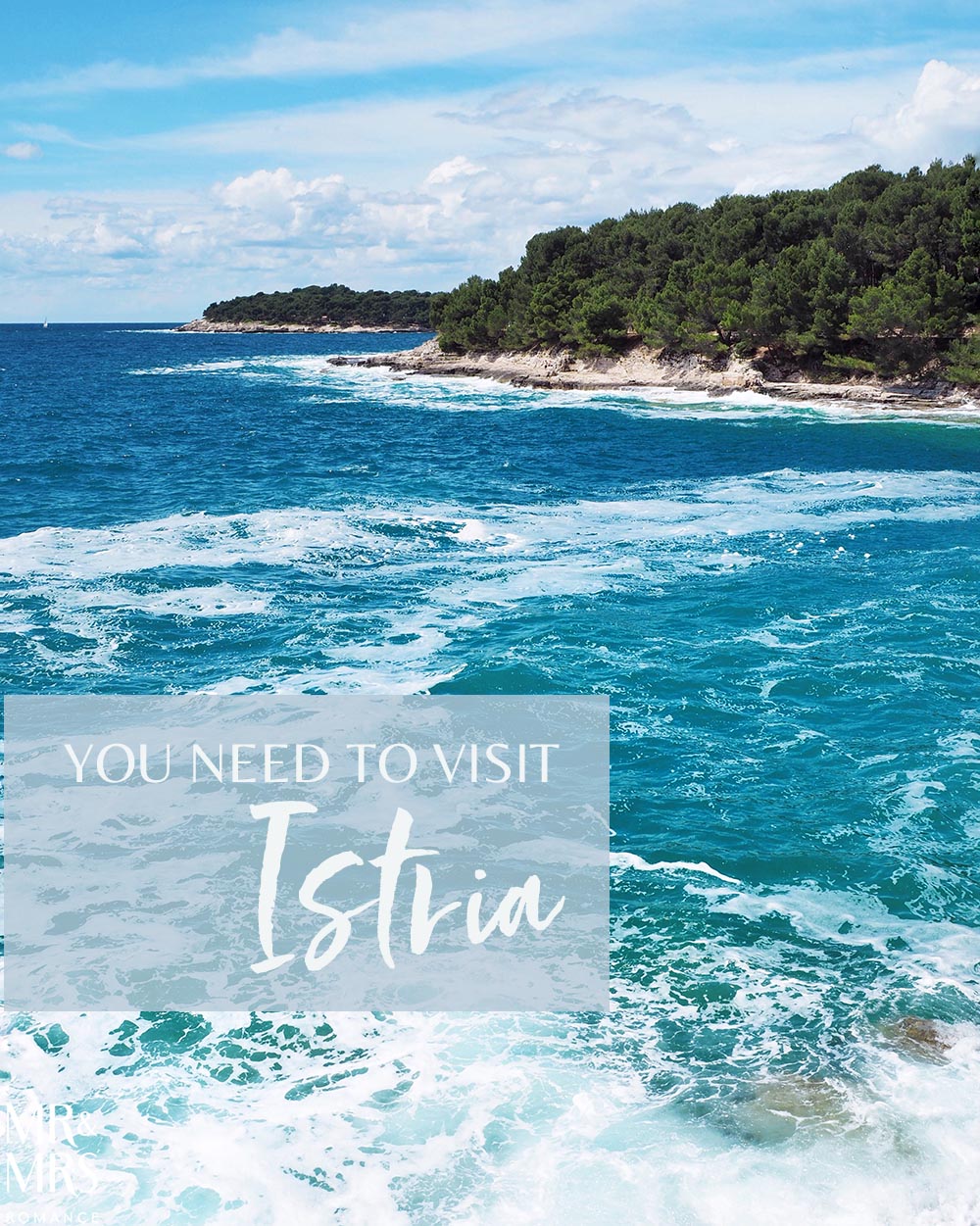 Flying to Trieste, Italy then driving an hour or so to Croatian Istria is the easiest and cheapest way to travel here, though there are flights direct to Pula in the south of the peninsula and ferries there too.

And click here for car hire prices from Trieste’s airport.

And if you have time, we’d highly recommend spending at least a day in Trieste if you have time. Here’s what to do with your time in this beautiful northern Italian city. 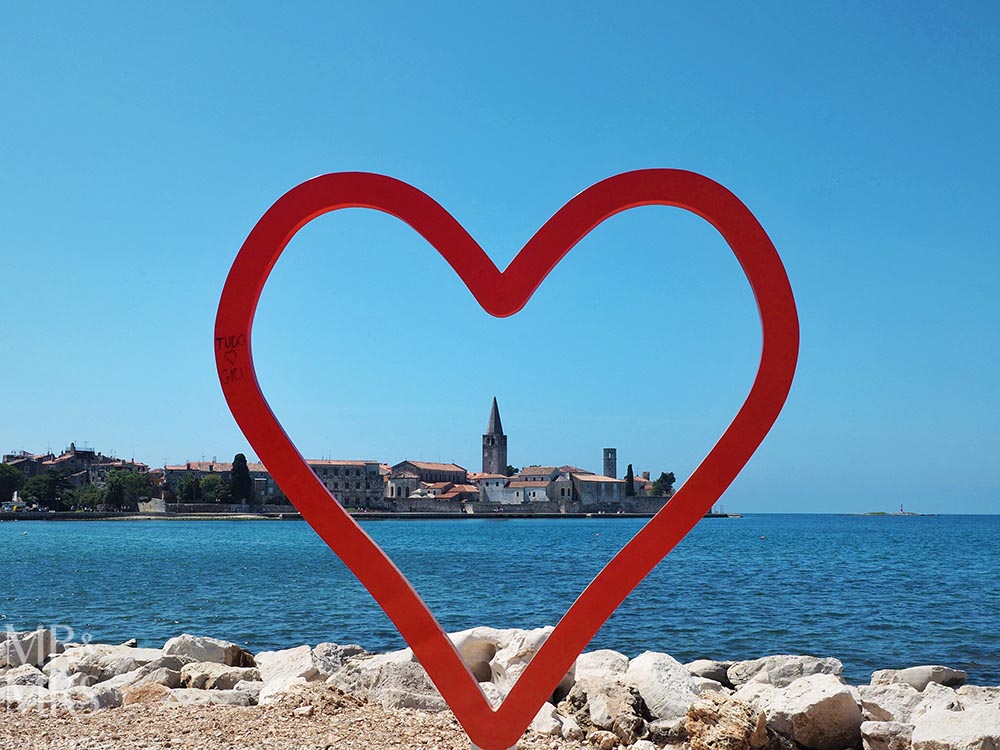 Tell us, have you been to Croatia – either the Istrian or Dalmatian Coast? What did you think? And did it live up to your expectations?

How to bring back the dinner party

Gone are the dusty days of the dinner party, where everyone was there to out-do each other and the tables were decorated like a…