Tumut, home to Tumut River Brewing Company, is a little hidden gem on the northern edge of the Snowy Mountains, Australia. And the beer coming from this little brewery will blow your mind. 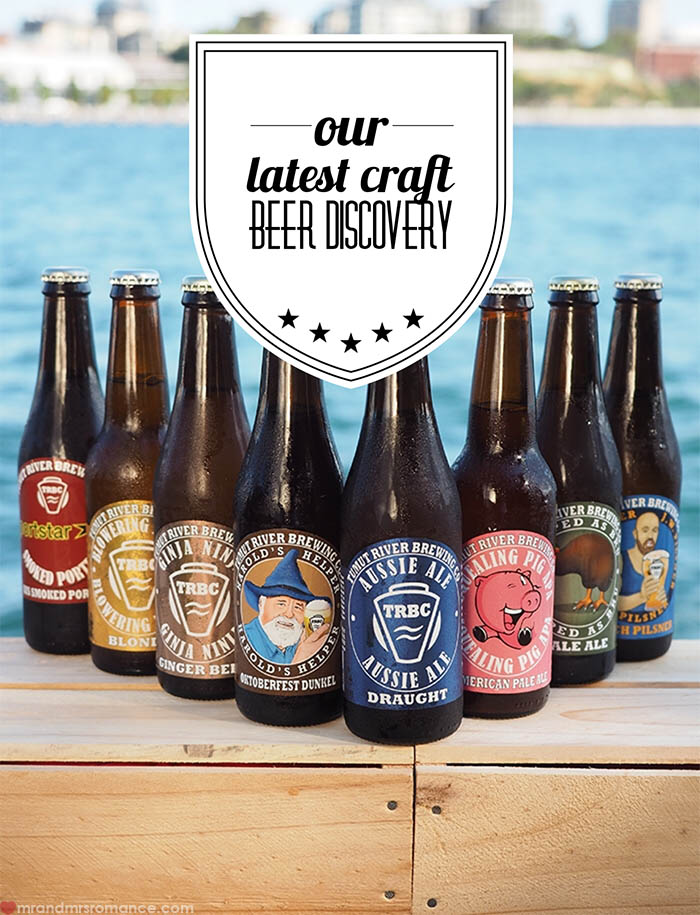 You’d be forgiven for not knowing what a Tumut is. Well, it’s a little rural town in southeastern New South Wales, Australia and it’s home to what I’ve decided to be the best beer I’ve ever drunk.

It’s a big call, I know that, but it’s true. And it’s not just because I have a penchant for places with palindromic names. I’ve had beer in Glenelg, South Australia and in Civic in Canberra – even in Eye near Cambridge in England – but none of those beers were as memorable.

Perhaps it’s because Tumut, which is pronounced ‘choo-met’ by the way, means something like ‘a quiet place to rest by the river’ in one of the three language groups of the original tribes living in the area – the Wiradjuri, the Ngarigo and the Ngunnawal people.

No, it’s not just that either. I think it’s because you can taste the passion – or perhaps obsession is closer – that the owners and brewers, Tim Martin and Simon Rossato, put into their craft. These two mates – good Aussie fellas – own and brew the beer that comes out of Tumut River Brewing Company. 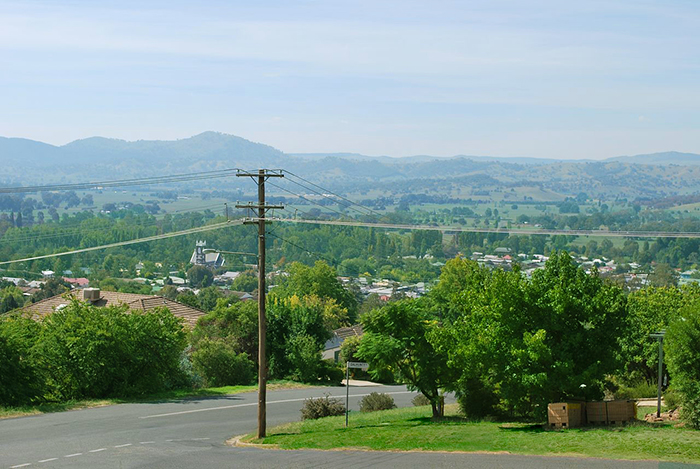 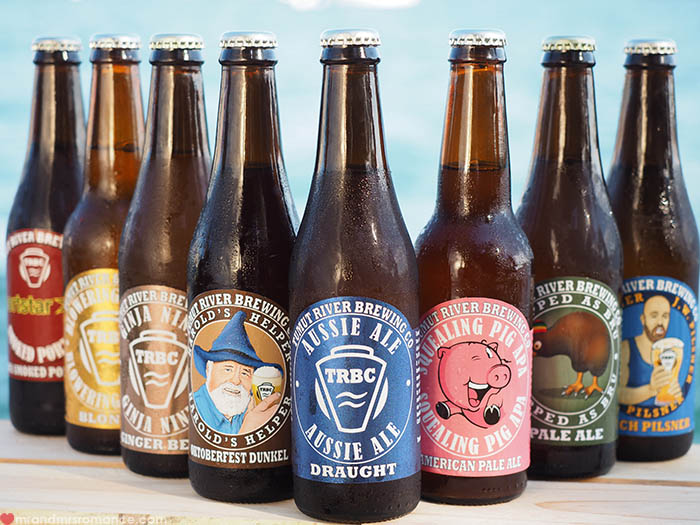 I first met Tim at a Sydney Craft Beer Week event after I’d fallen into instant love with his American Pale Ale, ‘the Squealing Pig’. We were just leaving and I wanted to thank him for his fine work on our way out. Instead we ended up chatting for ages. As they say, Tim’s a bloody good bloke.

But you can find that out for yourself if you’re in town in the last week of October. Sydney Craft Beer Week 2016 goes from 21st – 30th October, and Tim, Simon and their Squealing Pig APA will be there too of course!

Rumour has it Tim and Simon are working on an American Red Ale for SCBW, so keep your eye out for that too. 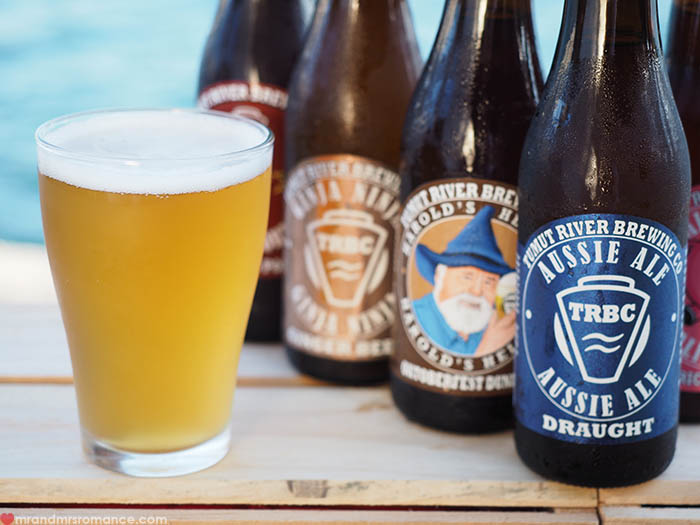 The other beers Tumut River Brewing Co makes are also excellent I have to say. And the boys’ sense of humour and passion even comes out on the names of the beers and the backs of the bottles.

And beers like the Ginger Ninja, which is TRBC’s take on alcoholic ginger beer, are amazing. They make the Ginger Ninja with ginger essence and apple juice from nearby apple capital Batlow, then ferment almost all the sugar out. The brewers call this healthy alcohol, but this stuff still packs a punch.

As the label says: “it’s 5% alcohol and tastes like a soft drink, so it has the ability to sneak up behind you and punch you in the back of the head when you least expect it.” 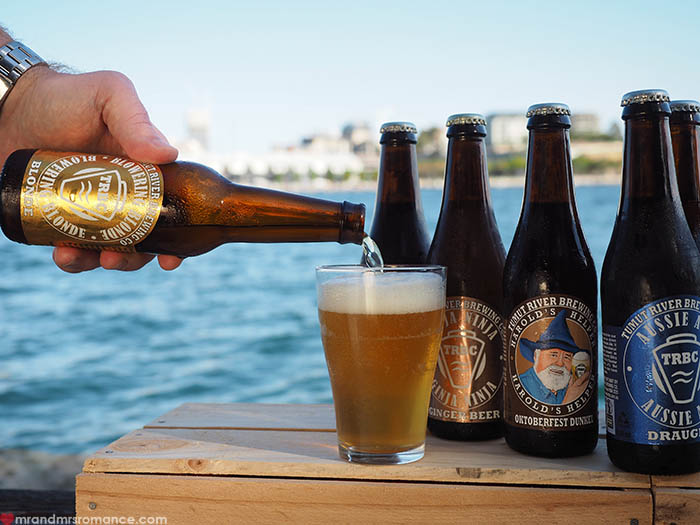 All the bottles also have info about the beer on them, which I really like. Apart from a bit about the brewery and the usual alcohol content, you also get tasting notes like a bottle of wine. But they also tell you the IBU – the International Bitterness Units – level and the EBC (European Brewery Convention) colour level of the beer. Nice touch.

Get your very own piece of Tumut 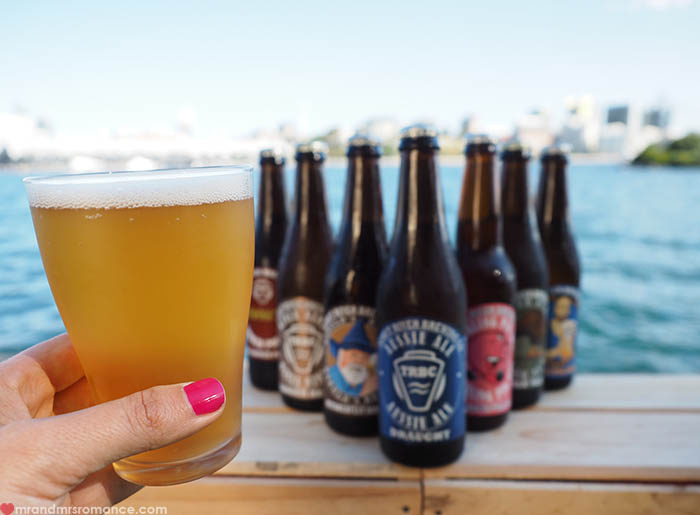 From Tim’s shed, TRBC is growing as fast as the boys can brew… faster in fact. And they’re keen to get more people on board as they expand. They’re currently looking folk like you and yours to have your own slice of Tumut River Brewery, and are offering shares at $1 a go with some great ROIs.

I reckon microbrewery shares would make an awesome Christmas or birthday present, so get in touch with the gents at TRBC for more details.

Are you a fan of palindromes? Where does your favourite beer come from? Tell us in the comments!

If there were any doubt that summer was here in Sydney, I think this past week has put everyone’s mind at rest. With scorching…