Offending people when you’re travelling is a real hazard, especially with a culture with so many hidden nuances like Japan. Here are our top travel tips for Japan. 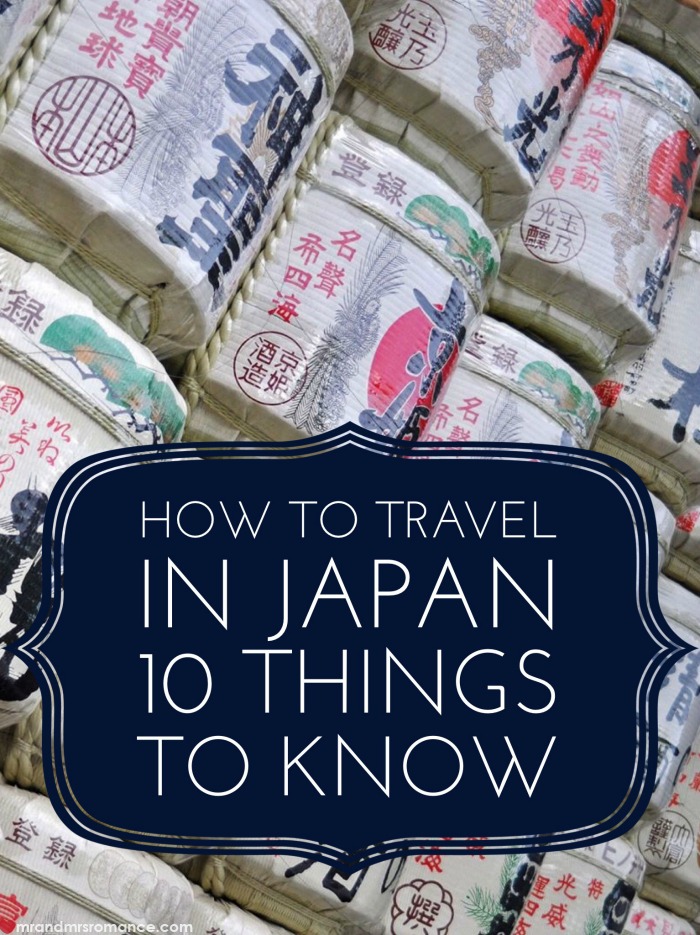 It’s sometimes hard to know what’s polite and what’s not in other people’s cultures. It can be even harder in Japan, a country famous for its protocols on politeness, respect and honour.

It can seem like you’re constantly trying to avoid the pitfalls of embarrassing yourself and everyone around you with a clumsy cultural mistake.

Watching what locals do or even simply asking is a good way to save face. If you’re genuinely confused with what you’re supposed to do, a quiet question to the right person will probably clear things up with no drama. 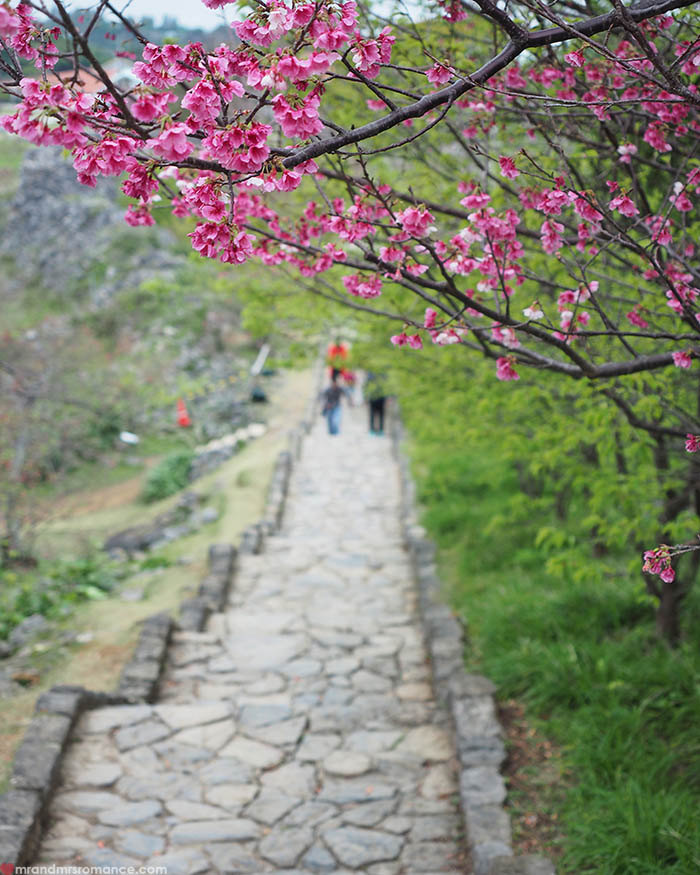 Japanese people seem much more aware of body language than westerners are; they’ll know that you’re confused or unsure without even speaking to you. We’ve had people come up to us in the busiest train stations and help us with tickets or show us the way without us even asking.

Knowing how to travel in Japan and how to behave there will help you make the most of your time in this beautiful, mysterious country.

Here are our top 10 travel tips for Japan:

Travel tips for Japan – 10 things you need to know

We always try to learn a few basic words in the local language wherever we go. It’s not only polite it also opens a lot of doors quicker than just relying on English.

Especially with places like Japan where they don’t expect ‘gaijin’ (foreigners) to know their language, being able to greet and thank people in their own language makes them really happy.

This is our top travel tip for Japan because it’s made our time there so much better. We just wish we could understand and speak more!

But these phrases will help so much:

– konichiwa = hello / good afternoon – this you one you can pretty much use any time of day though.

– oh-hayo gozai masu = good morning – the ‘u’ at the end is very softly spoken and almost silent.

– mata ne = see you later – this is more informal but still common.

– sumi-masen = excuse me / excuse me – really useful, this is definitely worth remembering.

– origato = thank you. This is more like ‘thanks’ and more informal.

There are a couple of more polite forms of thank you that are good to remember:

– origato gazai mashita = thank you very much – the most polite. The last part looks a bit funny, but you pronounce it “gazai-mash-ta”.

The word ‘no’ is not commonly used and Japanese people try to avoid it. 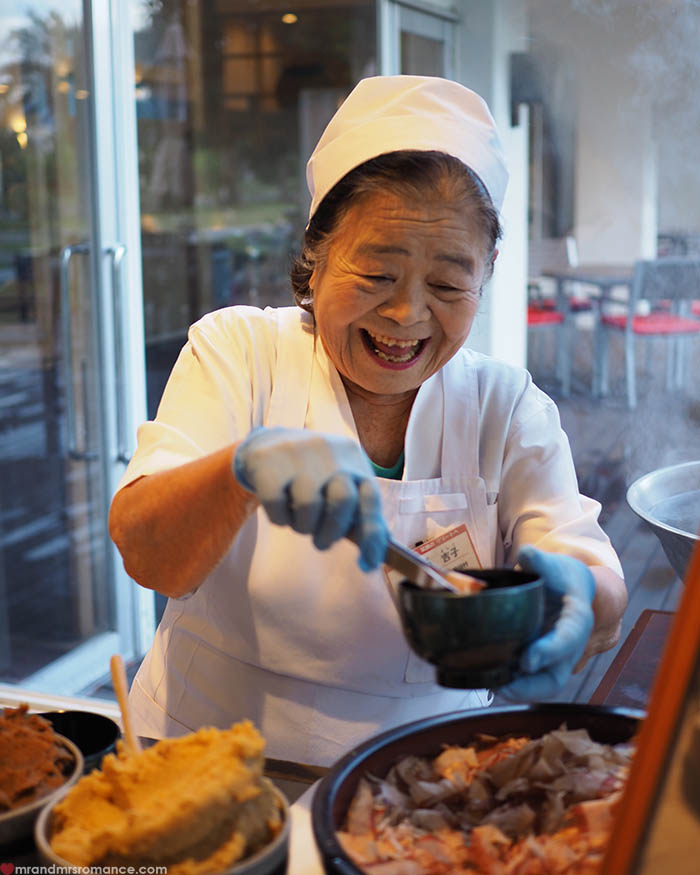 This could be a whole post on its own and I’d still be missing huge chunks of the culture. Just from what we’ve seen and heard, these are some of our findings.

– use the polite language we’ve detailed above.

– smile and bow when you greet people.

– use chivalry. Things like opening or holding doors for people will earn you a smile and a bow.

– keep your voice down. Most of the time, Japanese people really don’t like loud voices or shouting, especially in the street and in shops and restaurants.

– put your cash on the counter or in the basket when you’re shopping. Don’t try to pass the money to the cashier. 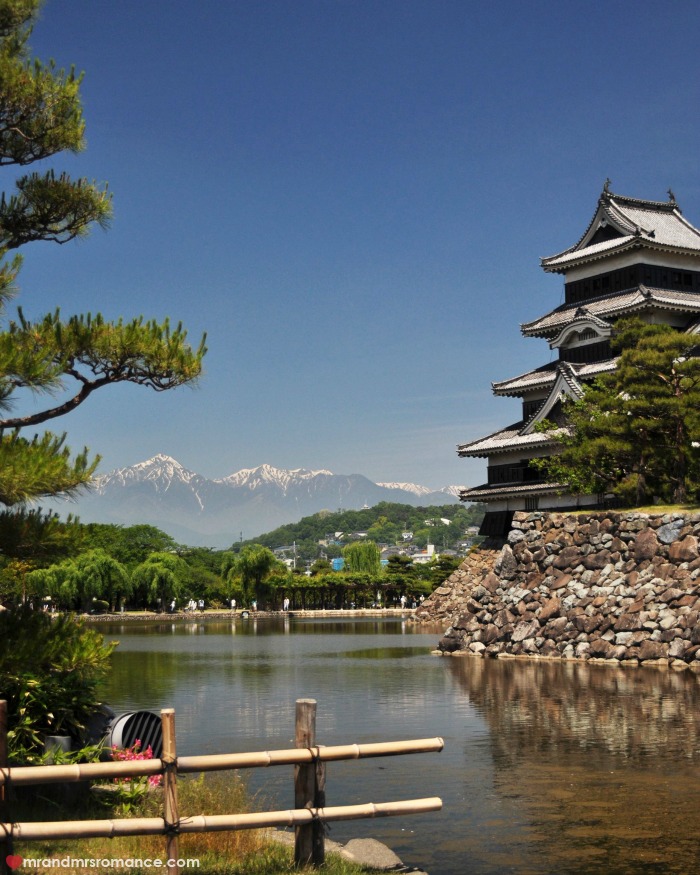 – shout or use bad language in public.

– tip. Even if you have the best dining experience imaginable, don’t try and tip. The staff will take offence.

– cut in on lines and queues or bump people in the street.

– eat on the street – especially when you’re walking. Even convenience stores will have a little area where you can stop and eat your snack.

– blow your nose unless you really need to. People either sniff or have a special cloth they hold on their nose if it’s a bit runny.

– embarrass people on purpose. If you want to make sure the person knows you’re just kidding with them, you can smile and say ‘jo-dan’. This means literally ‘joking’.

If we’ve got anything wrong or missed crucial bits out, please tell us in the comments below! 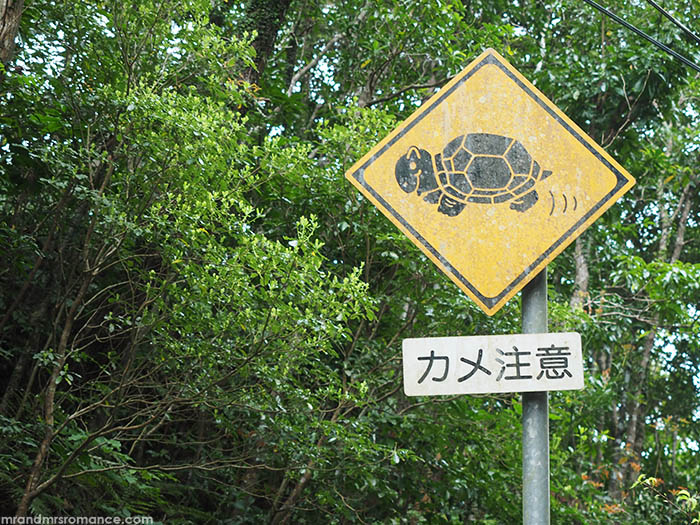 Drivers in Japan are polite and generally law-abiding. Speed limits aren’t as strictly adhered to, and red lights are seen as a test of skill and timing!

Parking is very strict though, so don’t try to get away with not paying for a ticket. Parking fines can be very expensive and there’s no such thing as free street parking.

For more information about driving in Japan, check out our post on driving safely in Japan here.

For more info on renting a car in Japan, click here. 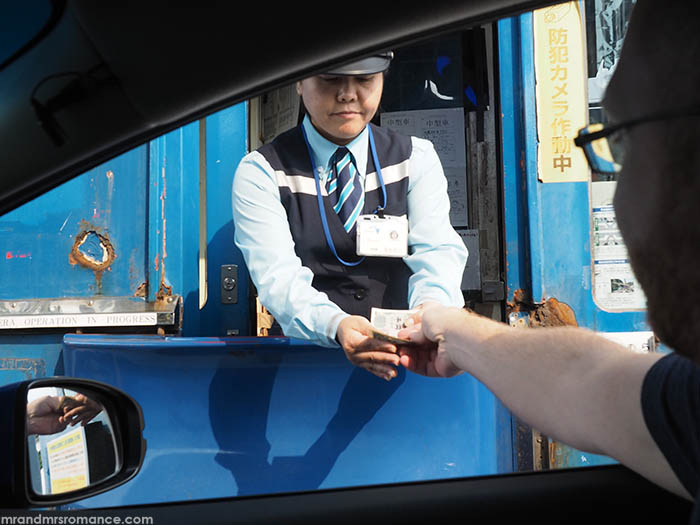 The Google Translate app is a life-changer for travel. It’s so clever. Download the language package you’ll need before you go and you’ll be able to use the app without any internet.

The camera function is amazing. Line up the text you want to translate on your phone’s screen and the app will automatically translate it into English live! This app saved our bacon so many times in Japan.

It’s not perfect, but it gets it right a lot. We still don’t know what ‘error oil’ is by the way. 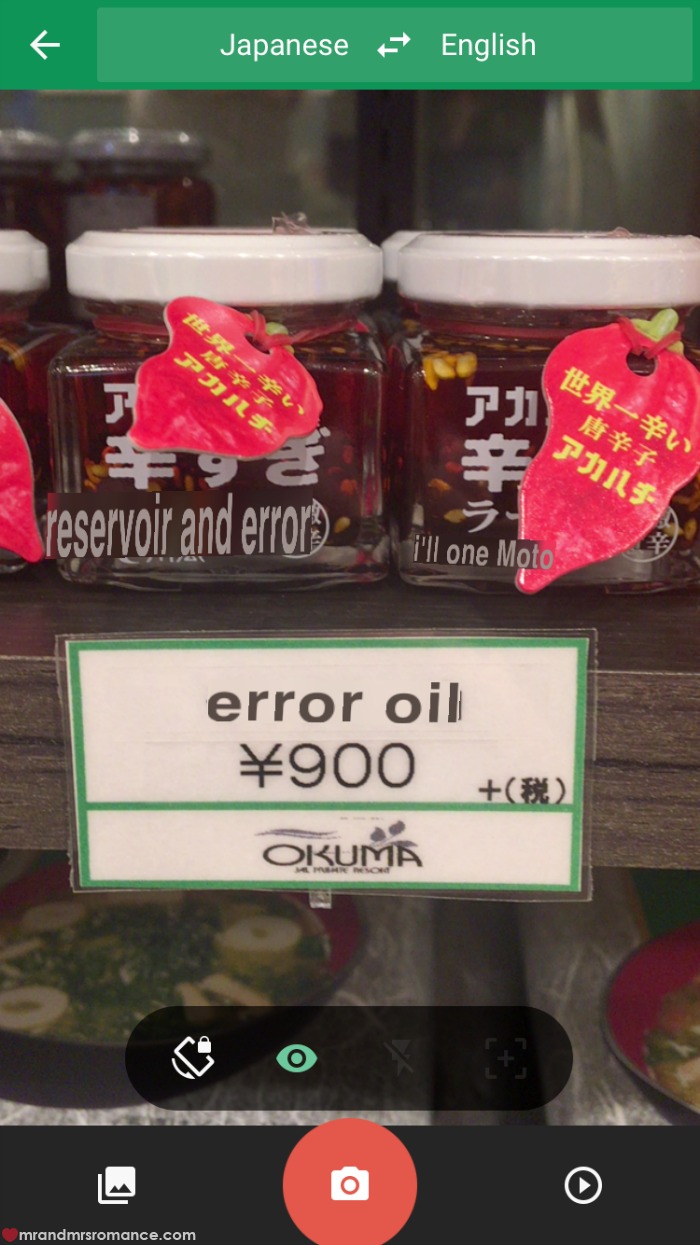 There’s also an option to use the phone’s microphone to translate what you’re saying or what someone else is saying, and you can also hand write words on the screen to translate, but we haven’t tried those functions properly yet.

Japan is incredibly safe. Theft is almost unheard of (though word is that bicycle theft is a bit of a problem in cities) and violent crime is quite uncommon too.

I’ve heard stories of people leaving the mobiles at a bus stop, realising, riding the bus back to the stop ages later and no one had even touched the phone.

On the other hand I have also heard that there are some creepy men out there who like to ride busy trains in peak times and push themselves up against women in the crowd. There are other grosser versions of this too, so stay aware or travel at quieter times in metropolitan areas. 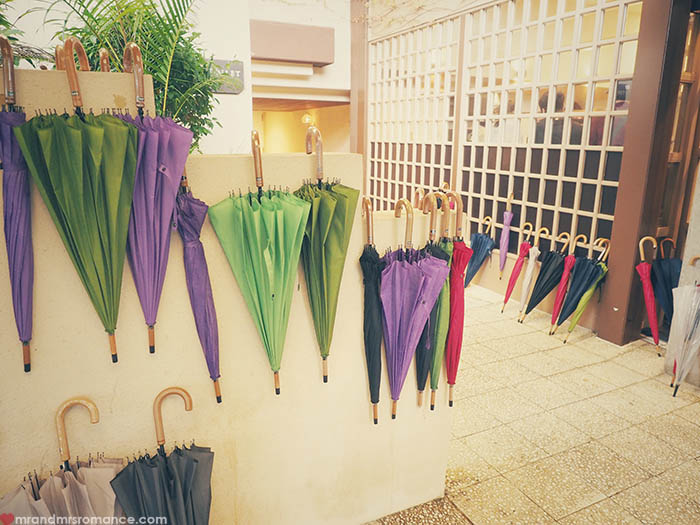 Taxis are incredibly polite – well, the drivers are – in Japan. When getting in or out of a taxi, don’t try to open the door. The driver will press a button and the door will open.

Also, only get in and out on the left side of the car. They get a little alarmed when you try to use the right side where other traffic may be.

When you pay, you can use credit card or cash. The driver will pass you a little basket to put the cash into. Don’t try and hand them the money.

Onsen – the Japanese hot spring baths – are full of potential to upset people and make a fool of yourself!

These baths are a really important part of the Japanese culture. People go to an onsen to relax, to socialise and to spend time with family.

There are loads of rules (none of which are written down for you) about using onsen. They’re mostly segregated – men in one section, women in another – and they’re mostly fully nude.

First you wash your body very thoroughly in the shower cubicles, then you take your naked butt and ‘modesty towel’ and soak in the hot pools of thermally heated natural spring water for as long as you want. It’s beautiful. And a bit awkward.

Rules: don’t stare, don’t point and – of course – don’t touch! These aren’t swimming pools, you wade or you sit. The modesty towels are to cover your bits when you’re walking around, and to rest your head on when you’re basking in the water. Do not put the towel in the water.

Here’s our full post on onsen and what to do – we’ve also got a local’s tips on where to go for great onsen. 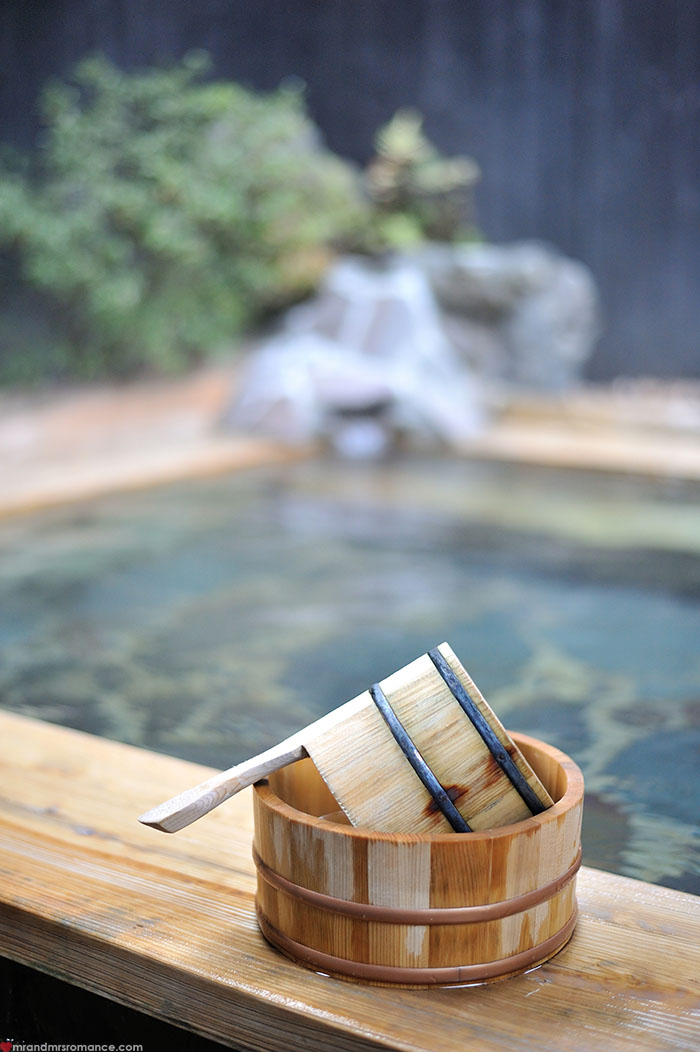 City streets are busy in Japan, so following the system is important.

Everyone walks on the left side, the same as the cars on the road.

Cyclists ride on the pavement in Japan, not on the roads. If you see a bike coming, move further over to the left. If you hear a bike bell ring behind you, move over.

Check out this prank video of a guy walking around with a bell. Very funny but it shows how conditioned people are to respond.

Also people don’t J-walk in Japan. Everyone waits until the walk sign flashes up.

Trains in Japan are so punctual it’s actually a thing of real beauty. The platforms have marks on the floor where the doors will be. You stand in front of the doors, people get out and walk left and right of you, then you get on. It’s how it works – don’t mess with the system.

Get your JR Pass for national and regional trains throughout Japan here.

Buses are just as punctual. The bus stops have signs showing where each bus is and they have signs inside the bus telling you which stop is next. It’s so easy.

10 Eat everything anywhere all the time

If I were to recommend you a place to eat right next to one of the busiest train stations in the city, you’d probably laugh at me. In Tokyo, that’s where I’d eat. Even in places that – at home – you would never expect good food, in Japan, it’s probably amazing.

Even the shittiest, most run-down (but not dirty) little shack on the side of the road will probably turn out the best grub you’ve ever eaten.

Probably our favourite travel tip for Japan: try everything, whenever you can and as much as you can. The food in Japan is amazing. 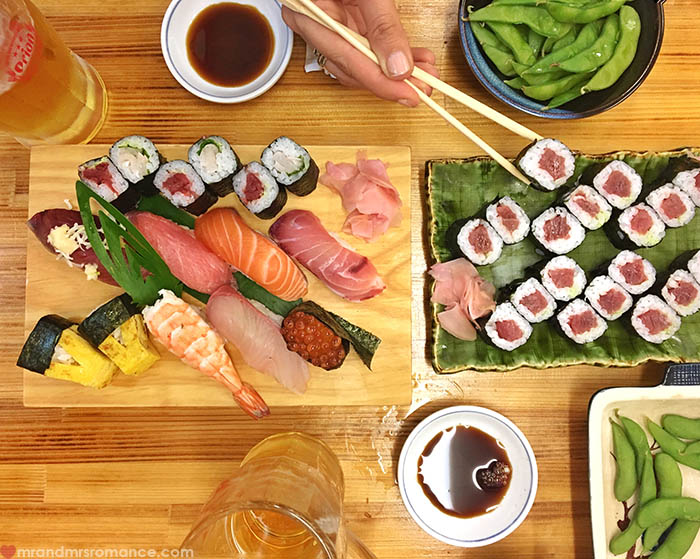 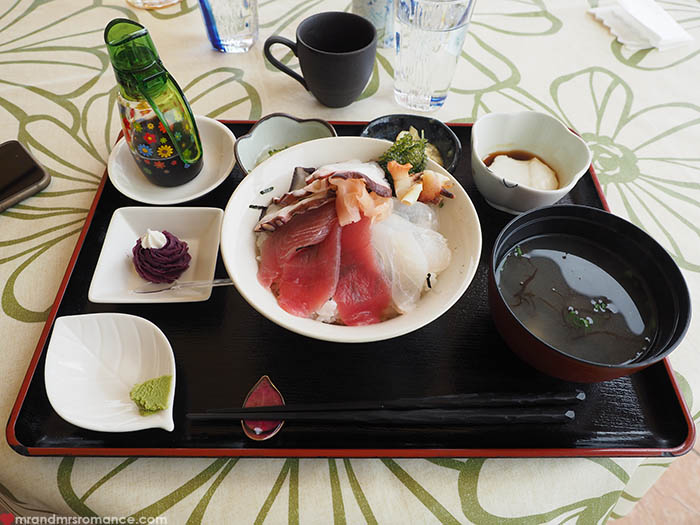 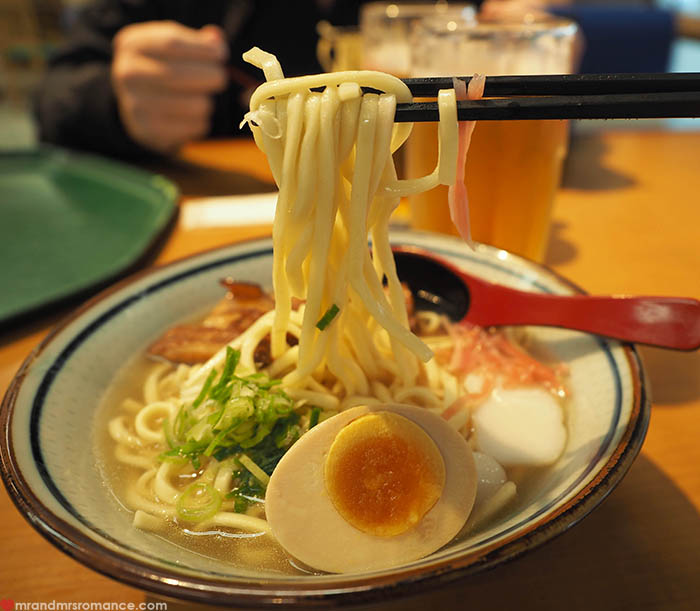 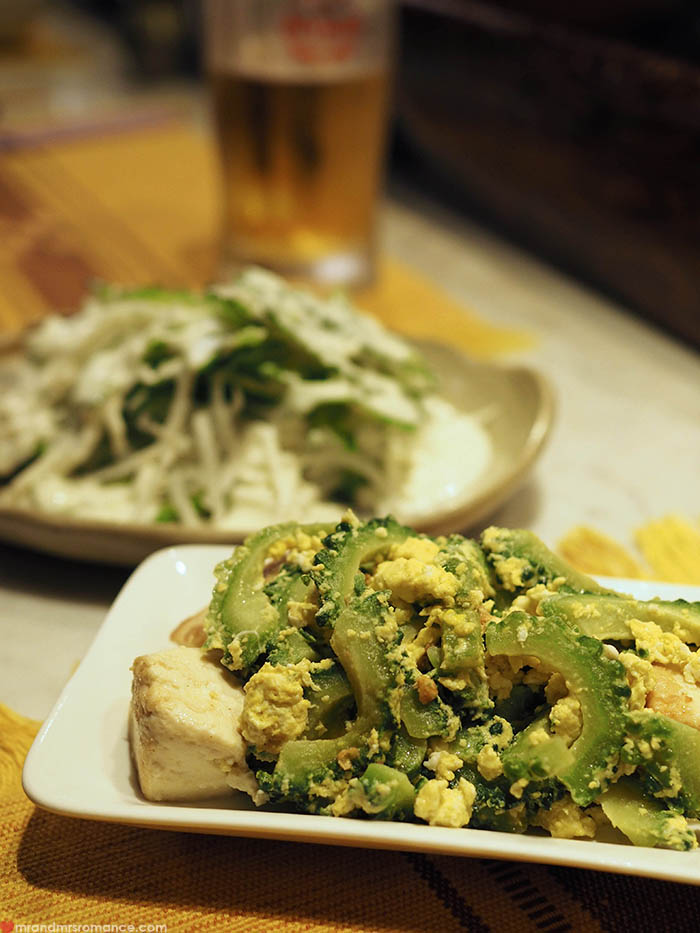 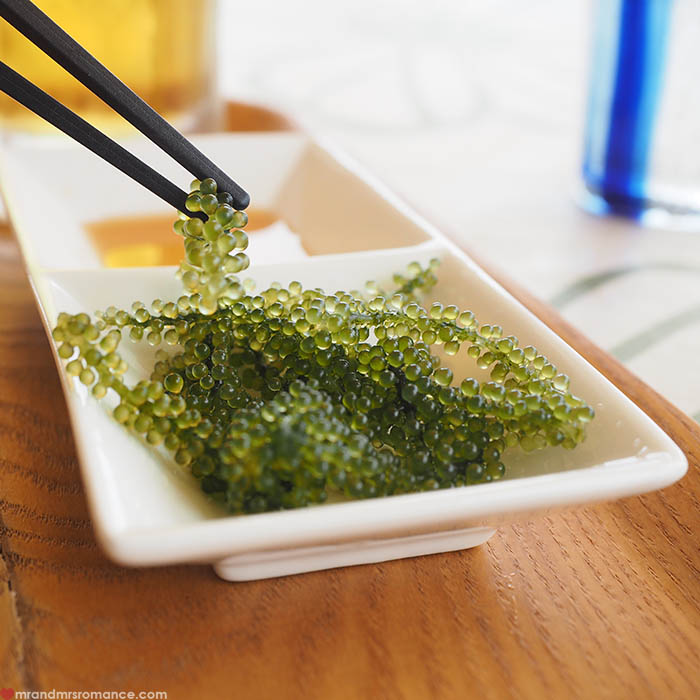 We hope these travel tips for Japan help. It’s a wonderful country to explore, with so much culture and history. You’re always guaranteed an adventure there.

Do you have any other travel tips for Japan? Have we missed anything vital you want to include? Let us know in the comments below! 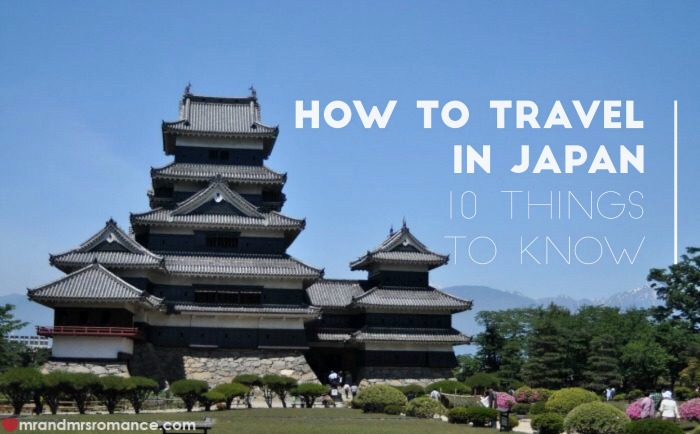 Will the travel industry bounce back? Our Wine & Wisdom interview with Heidi Dening

Resilience and leadership strategist, orator, writer and expert Heidi Dening interviews us live on her show Wine & Wisdom. We talk travel and the…