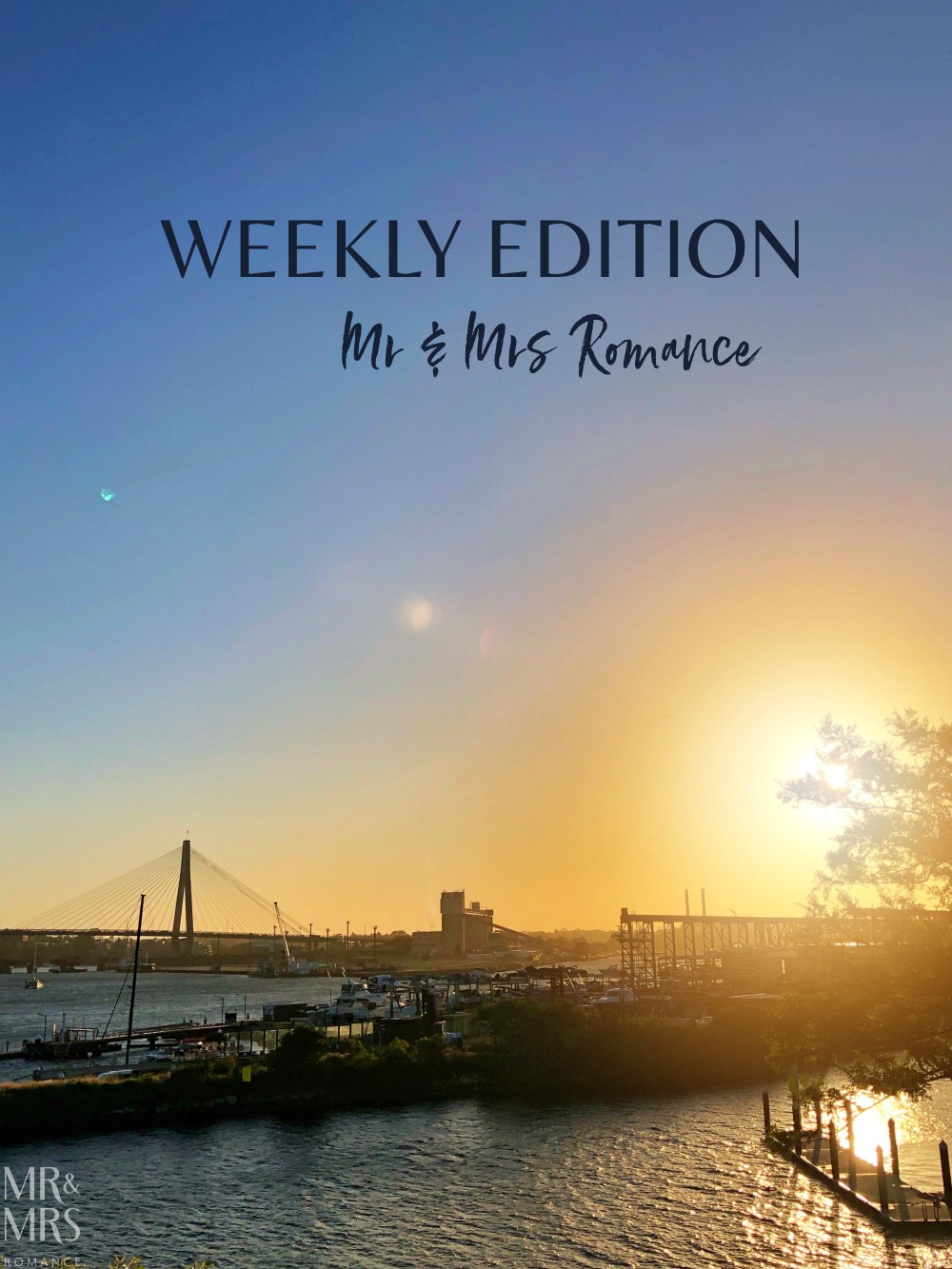 Sydney has officially entered full-blown silly season mode! It happens every Christmas, but it always takes me by surprise.

Shops are crazy, bars and restaurants are to their rafters, and everyone’s moving around at an unsustainable pace. To make matters even more complicated, it’s Christina’s birthday tomorrow, which always adds to my own personal brand of panic.

Thankfully there’s a lot of fun still be had, like the launch night of Tayim – a beautiful restaurant right in the heart of Sydney’s oldest quarter The Rocks.

We also catch up with family and old friends for an early Christmas dinner (how very sensible) and then Sydney fires up her own kind of crazy with some insane storms.

Enjoy this Weekly Edition and good luck with your Christmas shopping! 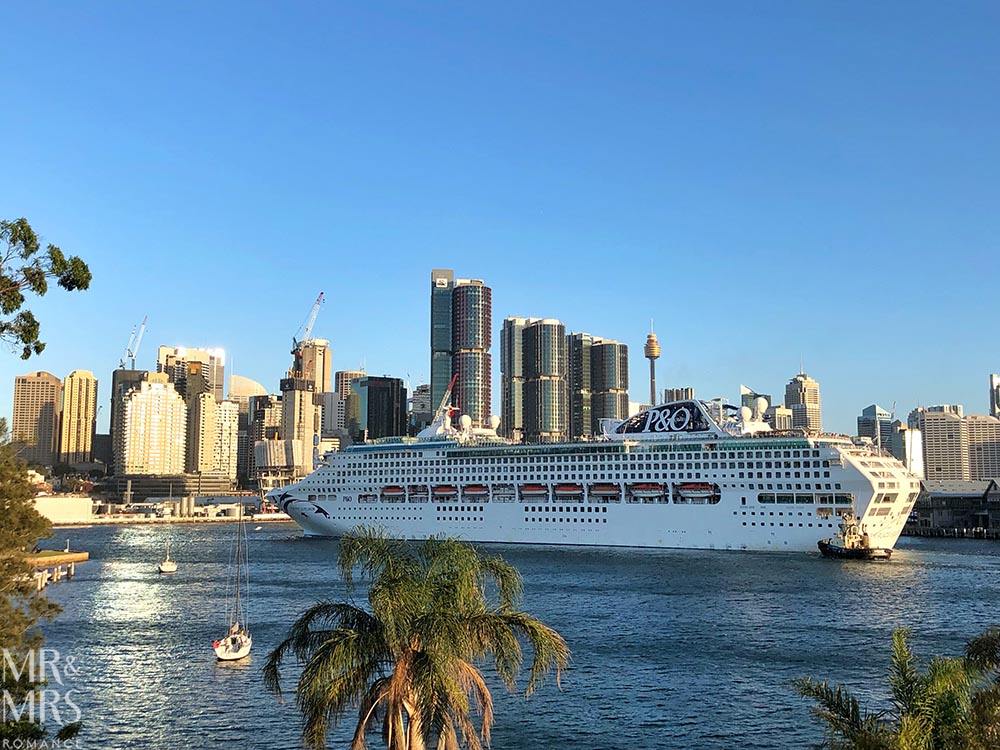 It’s a sure sign that summer’s well under way: the cruise ship season’s in full flow. From our office window, we get to watch these floating hotels come in and out of Sydney. It’s actually quite lovely to watch. Not sure if I want to be on one though. Still not convinced. 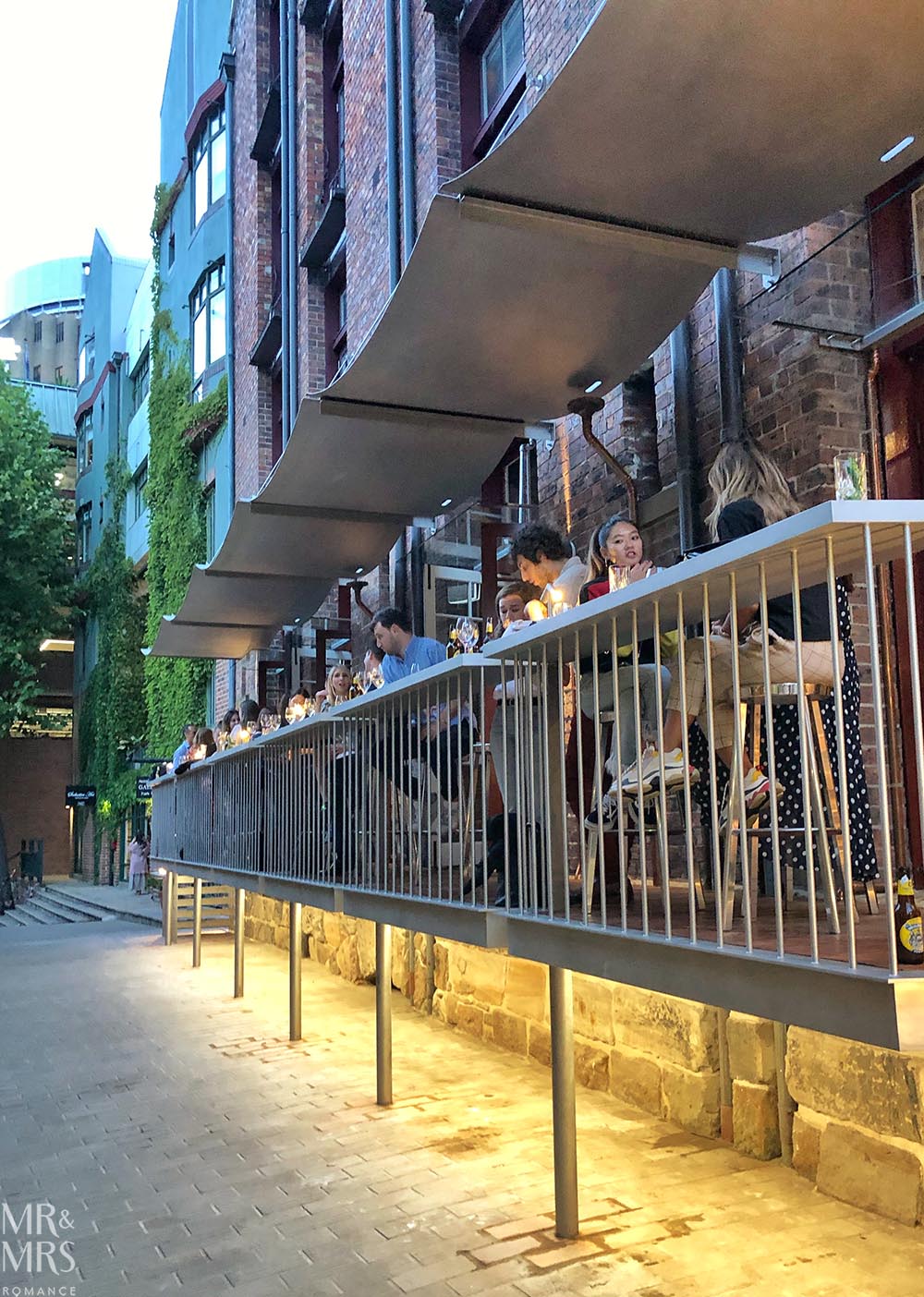 Tonight is pretty exciting. We’re at the launch party for Tayim restaurant that’s right in the heart of The Rocks, the oldest part of Sydney.

From the outside, Tayim looks beautiful. The old sandstone buildings in this part of town are iconic, and the restaurant balcony looks out over Nurses Walk – one of the quaint alleys that criss cross the suburb.

Tayim is a Middle Eastern restaurant serving both traditional and modern style food from the region. Intriguing dishes like grilled sardine Shakshuka, summer mushroom Borekas and grilled chicken Masahan might need a little explaining, but no encouragement to eat.

Other morsels like roasted figs, radicchio, goats’ cheese and chardonnay dressing, or semolina rose pudding with a pistachio meringue and summer berries are just as tempting.

Inside, the long bar is serving up great cocktails, award-winning wines and beer from the Lord Nelson Brewery – one of the oldest brew-pubs in the country just round the corner.

It’s great that old buildings like this one are being used like this. It’s lovely to be able to see inside them. I love the contrast of this modern restaurant in such an historic setting. 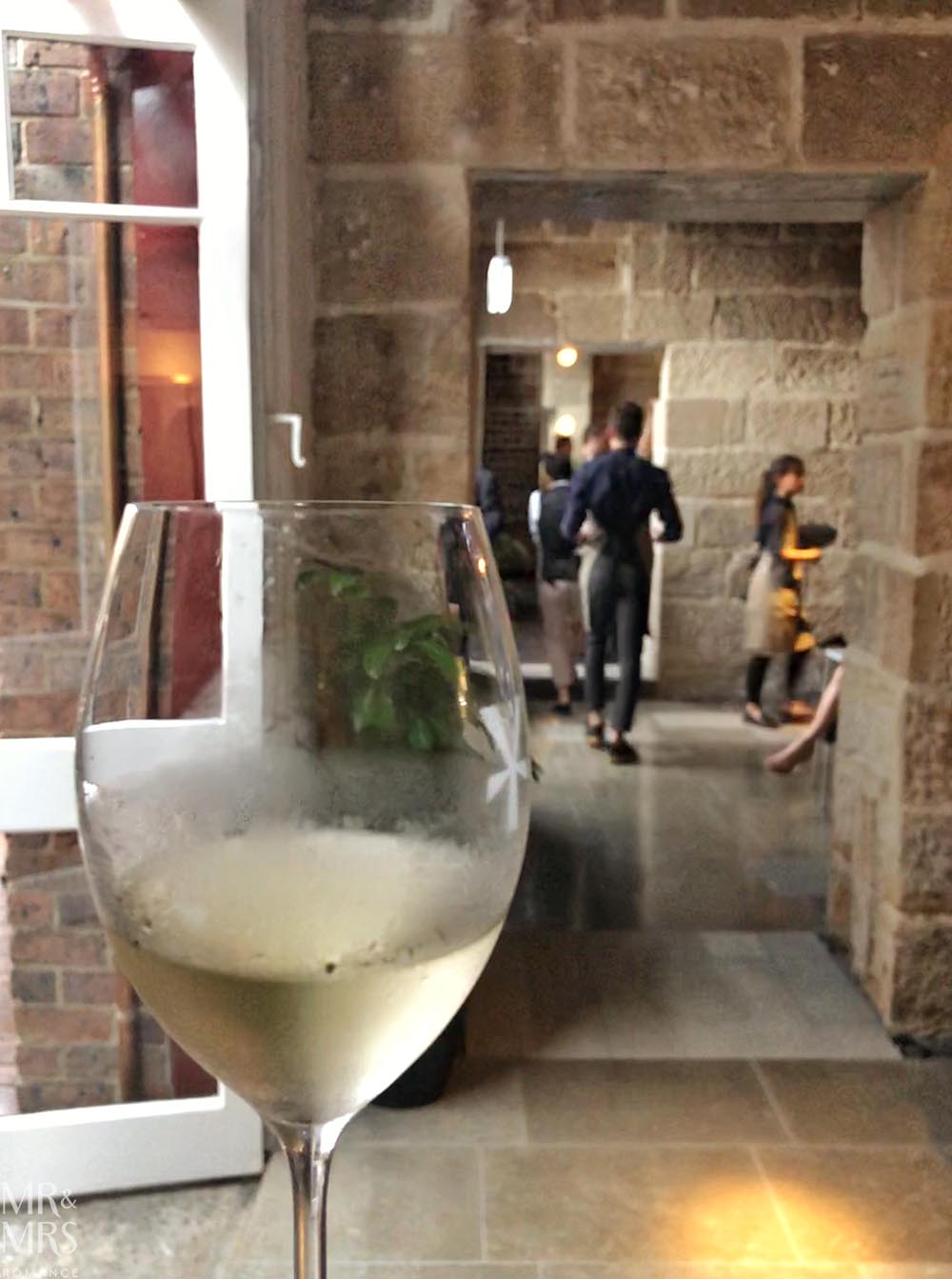 The designers and architects Welsh & Major have done an amazing job creating this space from what was three seperate venues. The archways at the back of the restaurant and the deep doorways at the front show you just how thick these old walls are. 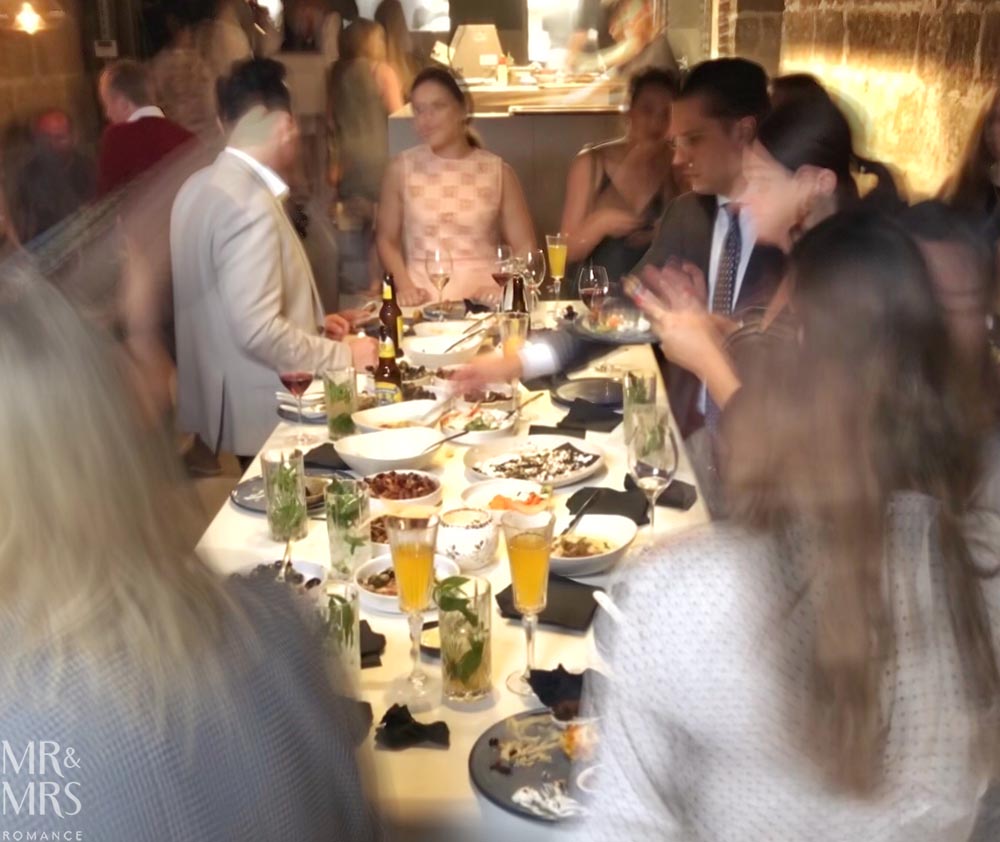 We get a taste of things to come from one of the mezze tables – a place where everyone accumulates. There are also delicacies from the fiery grill like charred skewers of spiced kangaroo kebabs and lamb kofta that make their way round too.

We’re looking forward to coming back here to see the restaurant in full flow. And the best thing is it’s open all day long. There’s a deli connected to the restaurant that’s open for breakfast and lunch, and the restaurant itself is open breakfast till and dinner too. It’s the perfect set-up.

This evening, we’re out round an old family friend’s house to celebrate an early Christmas. It’s actually very sensible – it gets increasingly more difficult to pin people down for Christmas parties the closer it gets to Dec25, so getting in early works well.

I suppose it should feel stranger than it does to be eating turkey and pulling crackers in mid-December, but why not, right?

Especially when it’s with such lovely people. 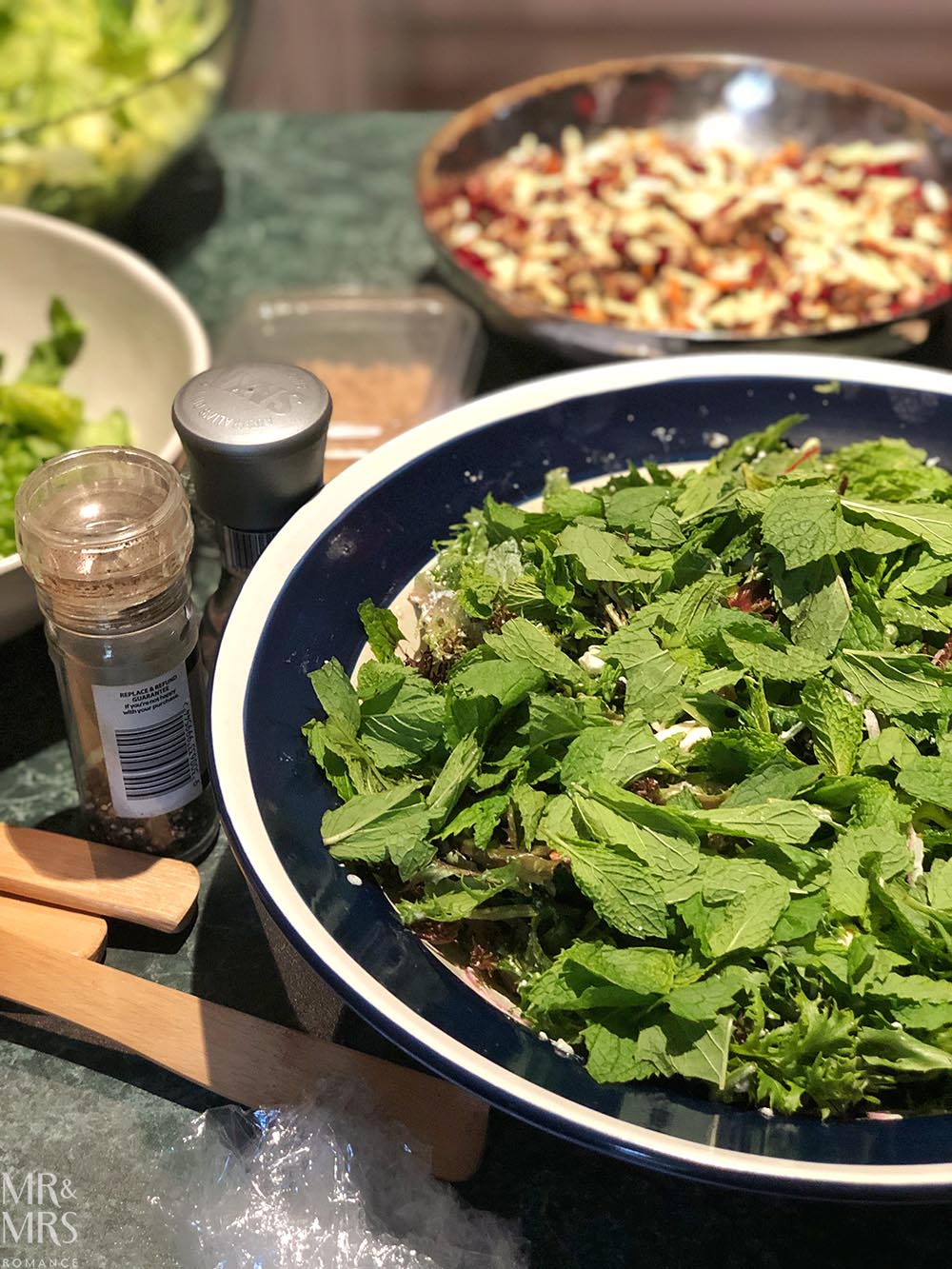 The dinner table is laden with food (it is still a Christmas party after all) but the focus is definitely on the salads as much as the turkey, potato bake and trimmings.

This beauty is a recipe from our friend Beth from BabyMac. It’s a baby pea and fetta salad with fresh mint. Here’s the recipe – it’s fast, flawless and foolproof.

I tried to get Christina to make her signature edible Christmas tree too, made of cream cheese and olives (check out the recipe here) but it’s a good job she didn’t. There’s so much food here already! 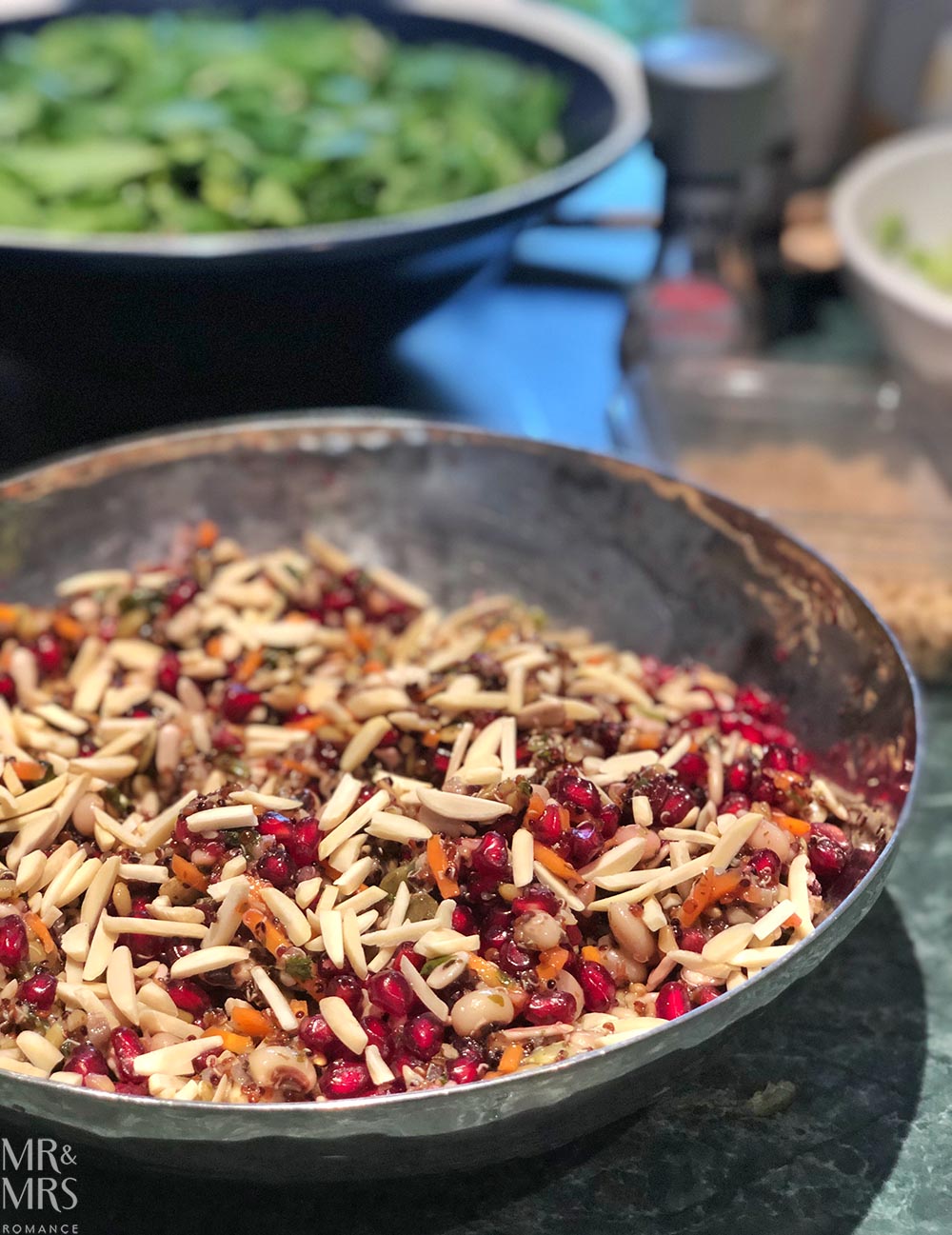 The other stand-out salad is this one. It’s a mixed bean and ancient grain salad with pomegranate and almond slivers. Striking and delicious. 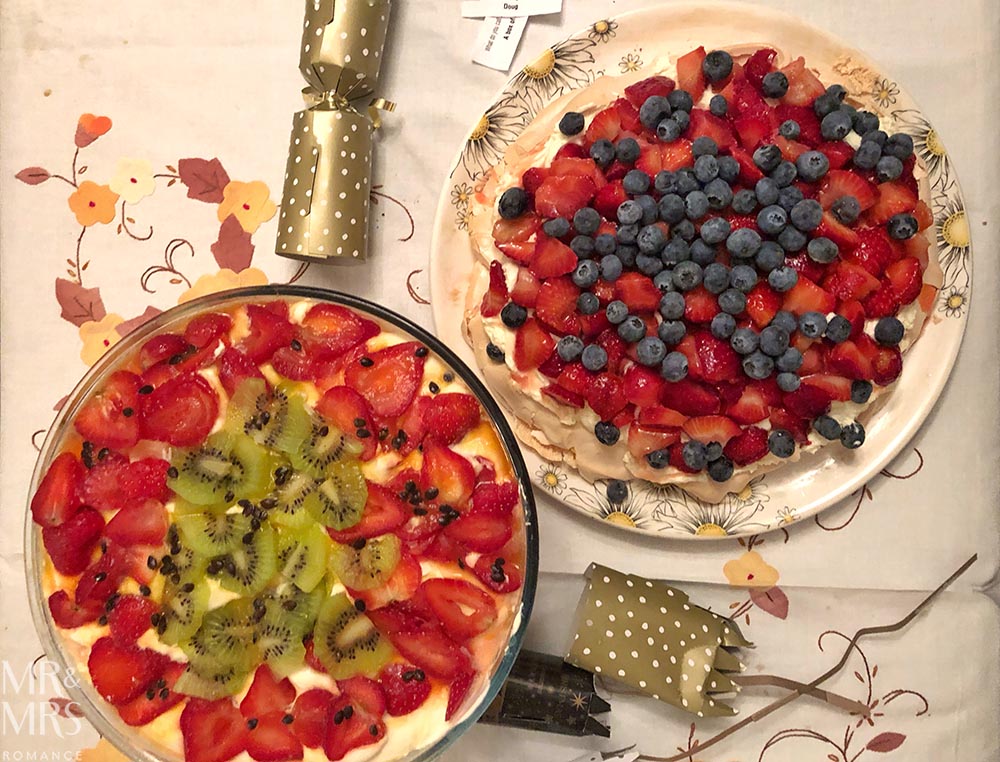 Of course, no matter how much food there is, there’s always room for a bit of dessert. Especially when there’s a pavlova involved. Christina’s mum makes amazing pavs – in fact we shared her never-fail pavlova recipe a little while ago.

There’s also a fruit trifle, which goes down well too.

Christmas is such a good time of year for food, isn’t it? 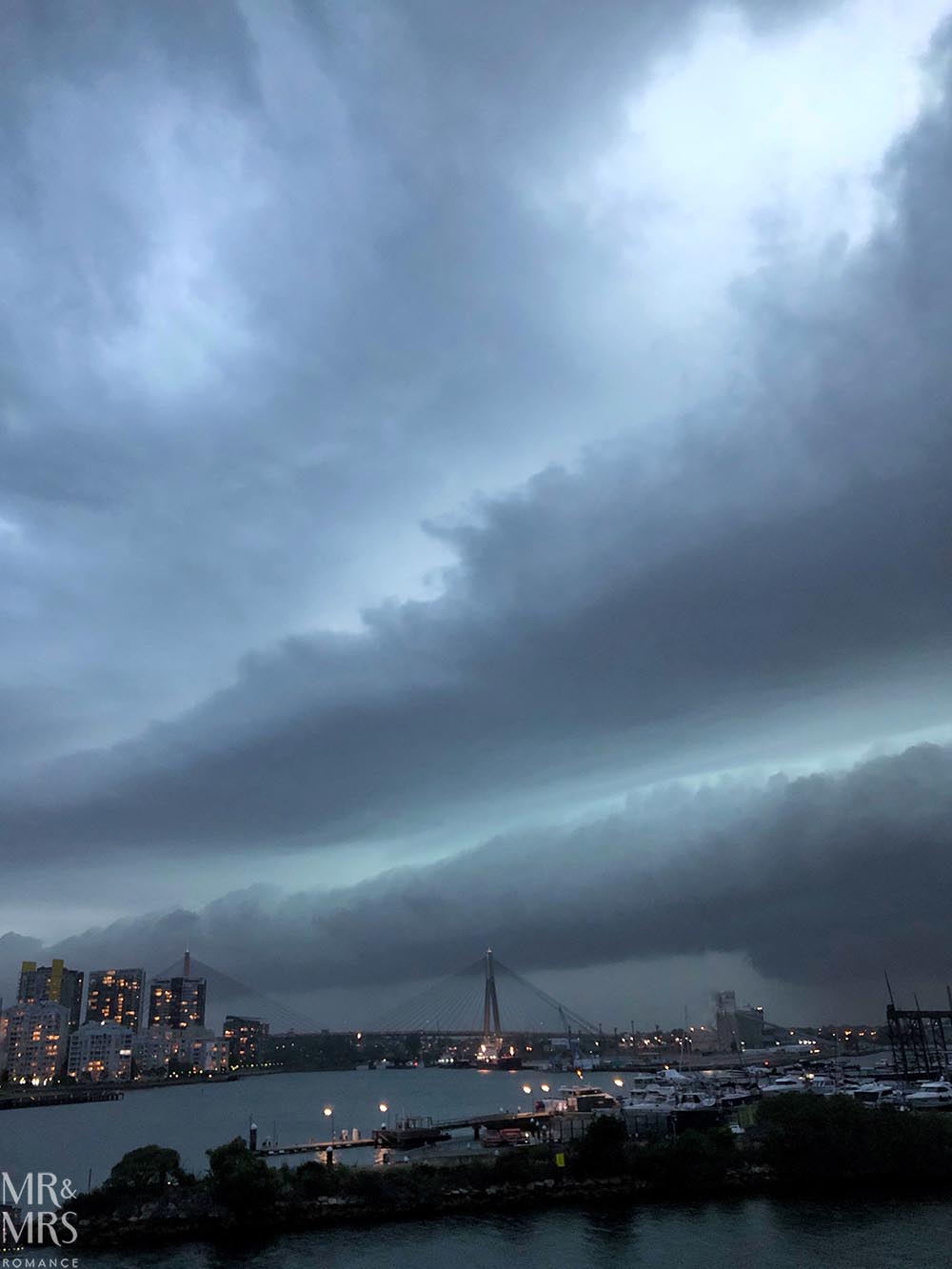 It looks like Sydney’s summer is going to be a fickle one this year. This week has been peppered with ferocious storms. Apart from the disruption and damage they’ve caused (my sister-in-law’s neighbour had their house utterly destroyed by a falling tree), the storms have made for some dramatic skies.

This weather front just keeps coming and growing. Such a strange cloud.

And with the clouds come lightning – check out the shots I got: 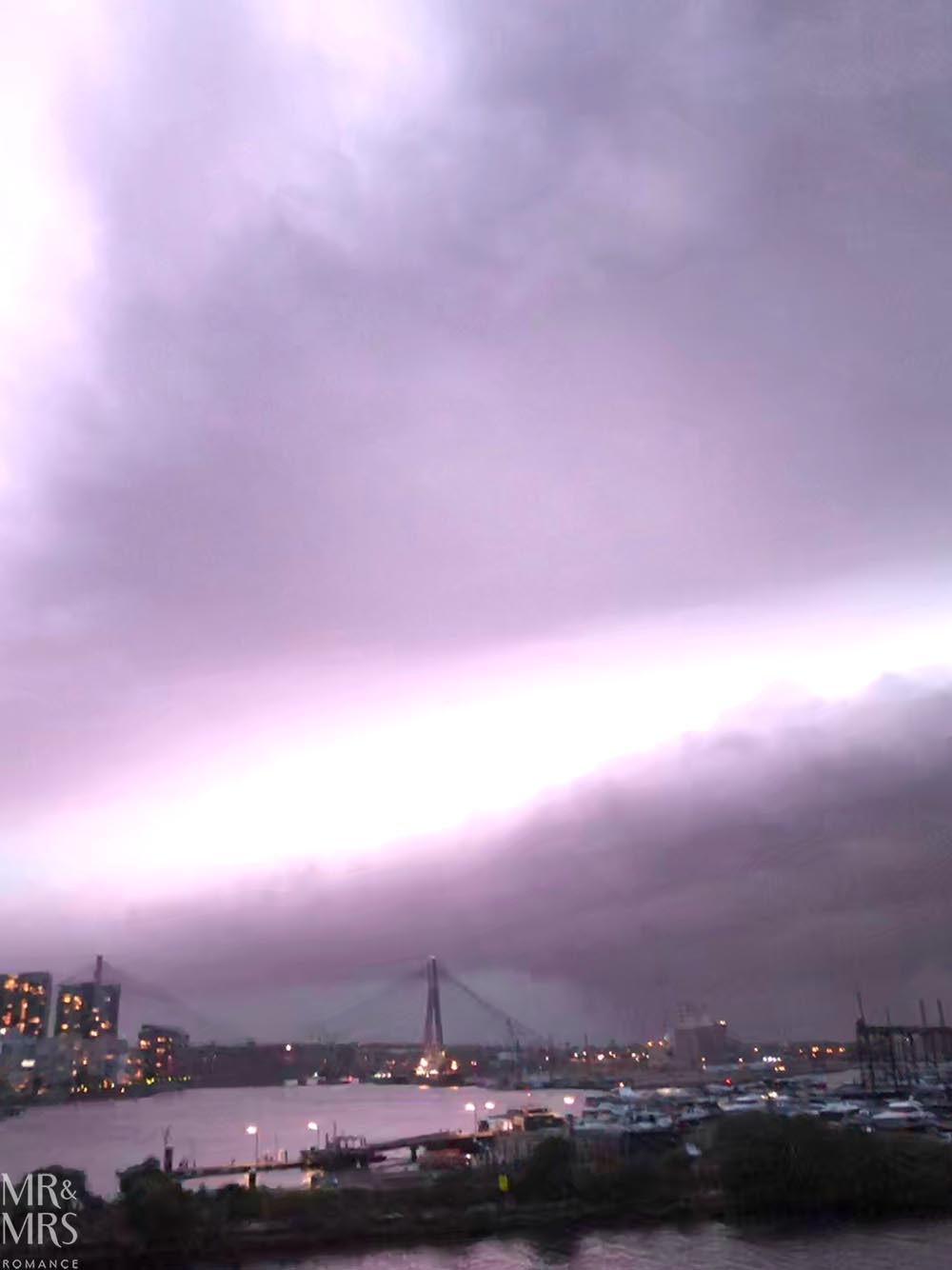 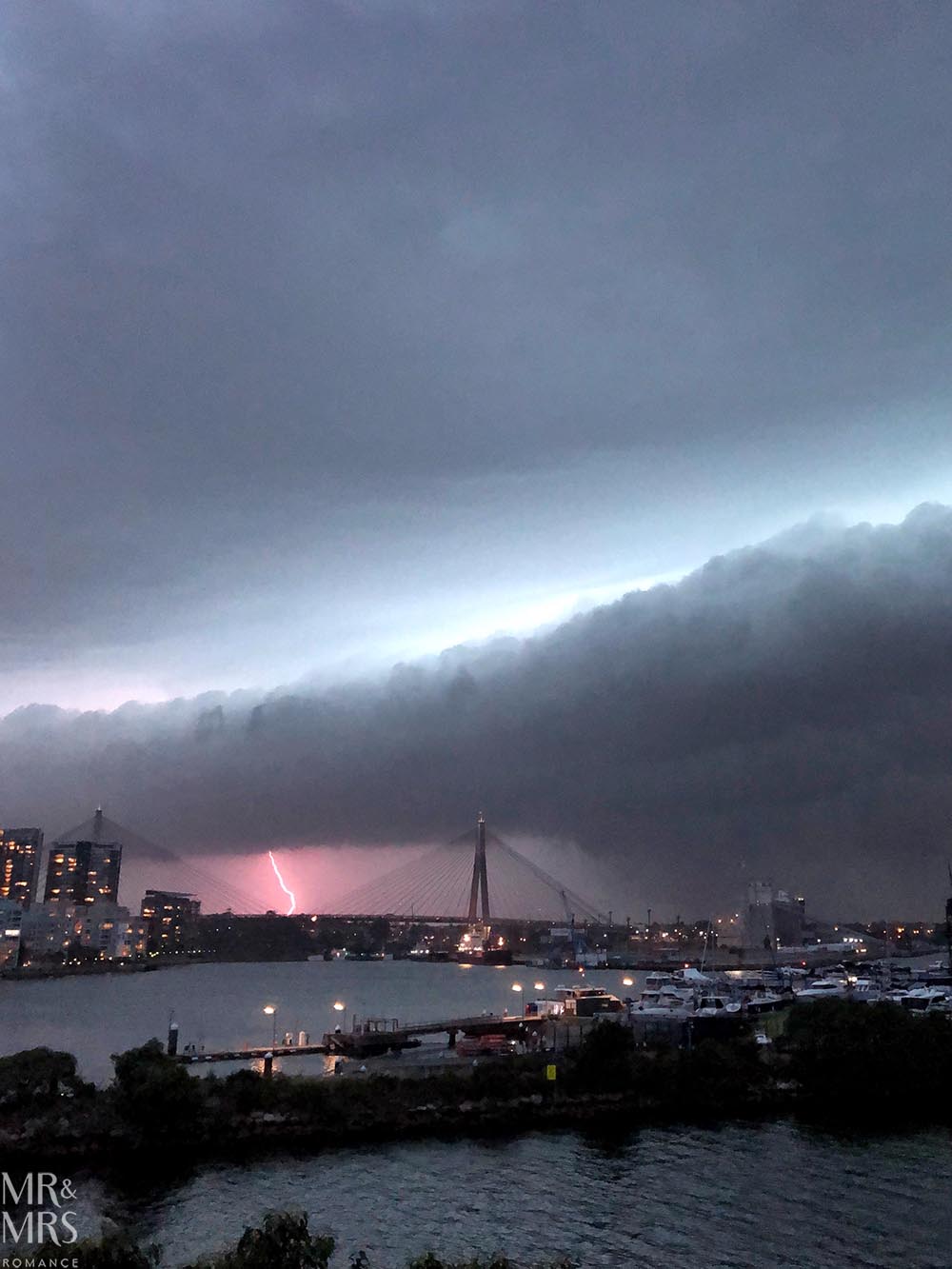 There are about 100 more on my phone, but these were some of the best ones. Crazy days. 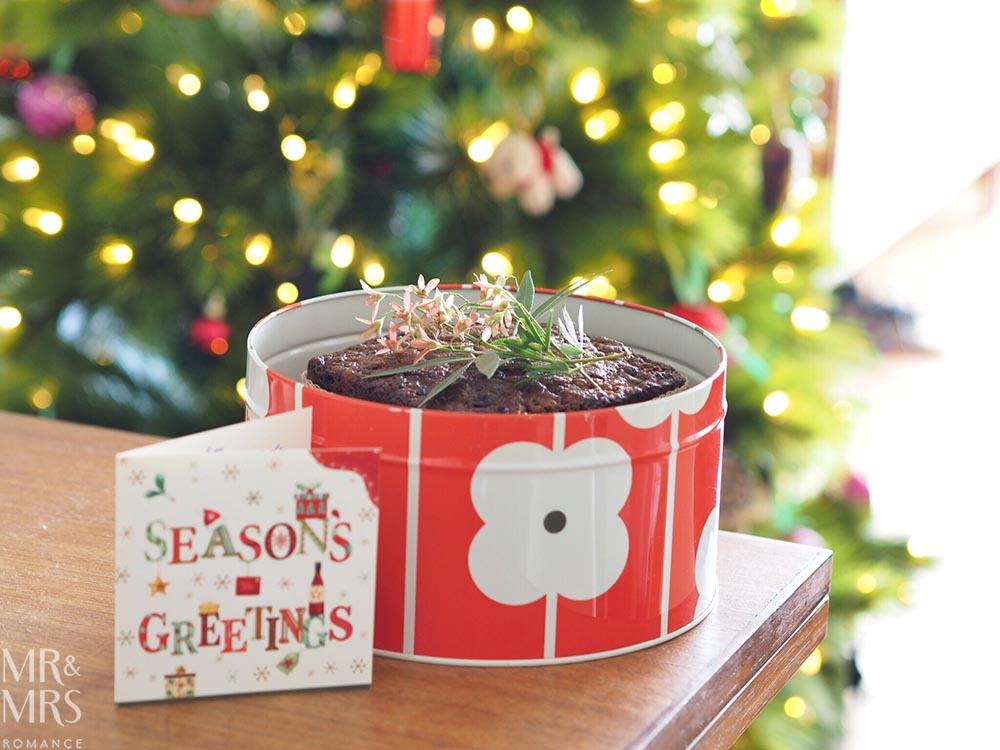 It’s clearly set to be a great Christmas though. Our lovely neighbours Jack and Denese brought this cake over the other day. So sweet.

Best of all, the card says we’re good neighbours, which is reassuring. When you live in an apartment block, you try to keep noise down, but you never know how much the people next door can hear.

If you haven’t seen this video about upstairs neighbours before, you’ve got to watch it. It’s hilarious, but it actually makes so much sense! 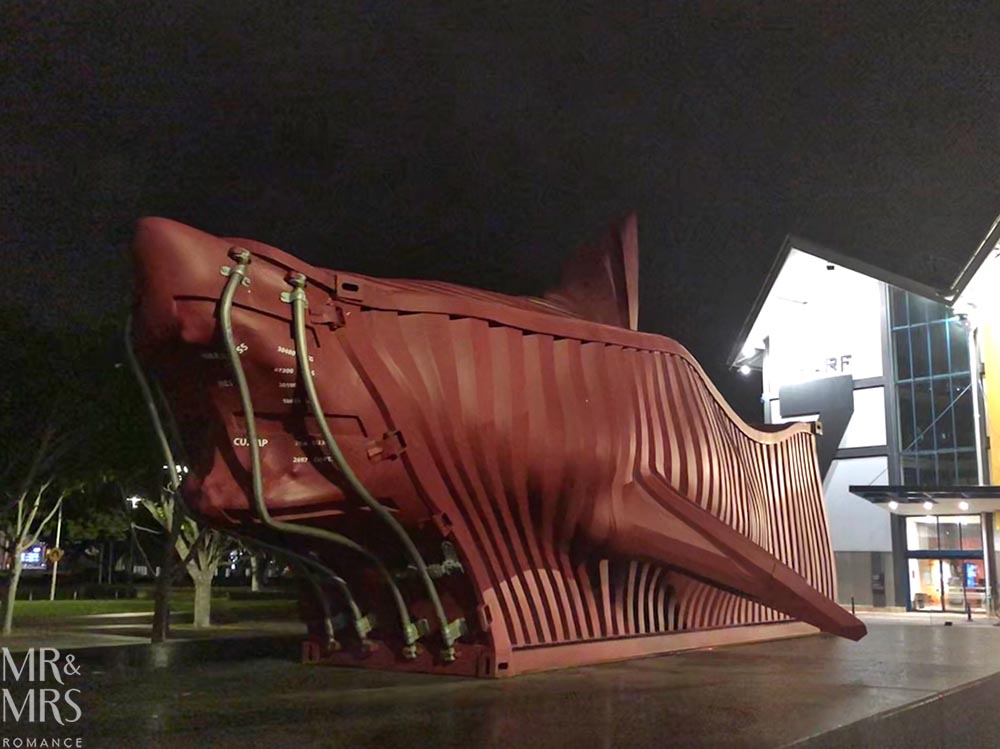 This evening, I’m just walking through Pyrmont when I come across this amazing sculpture. There are often installations here right by the Maritime Museum and the Pyrmont Bay ferry wharf. But this one of a shark impressed into a shipping container is amazing. 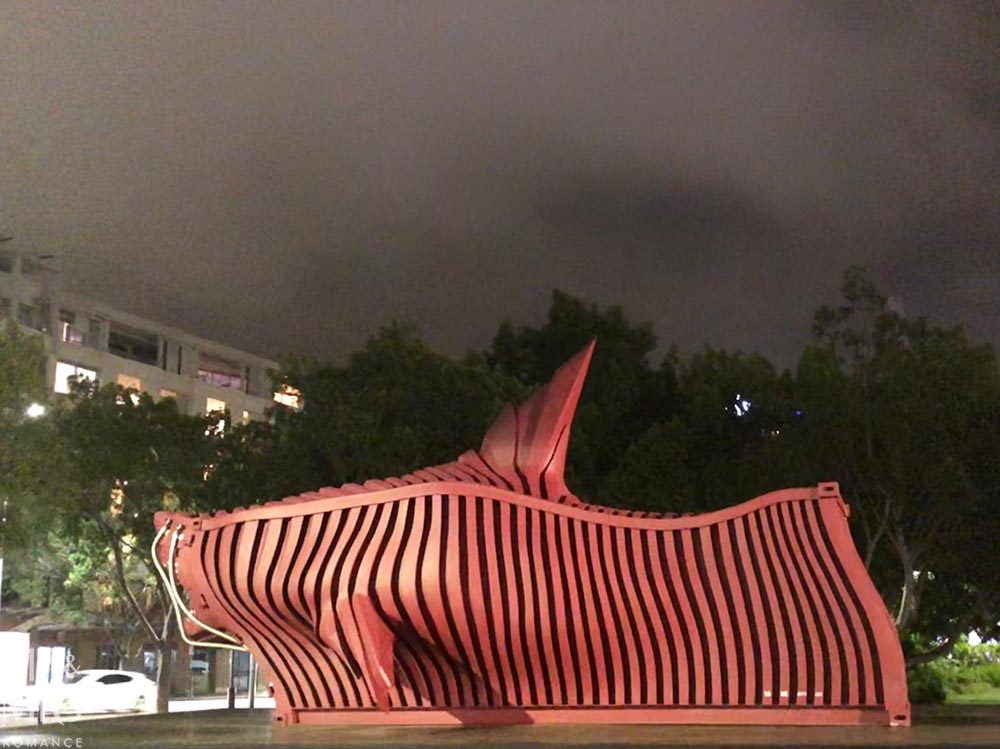 At first you can’t see it’s a shipping container, only a shark. But from the side, it’s pretty clear. Unfortunately the artist’s explanation on the plaque is utter bs and full of ‘art talk’ that Christina – an Art History student – loves. It tells you very little about the artwork, but thankfully it doesn’t need too much of a story to it. 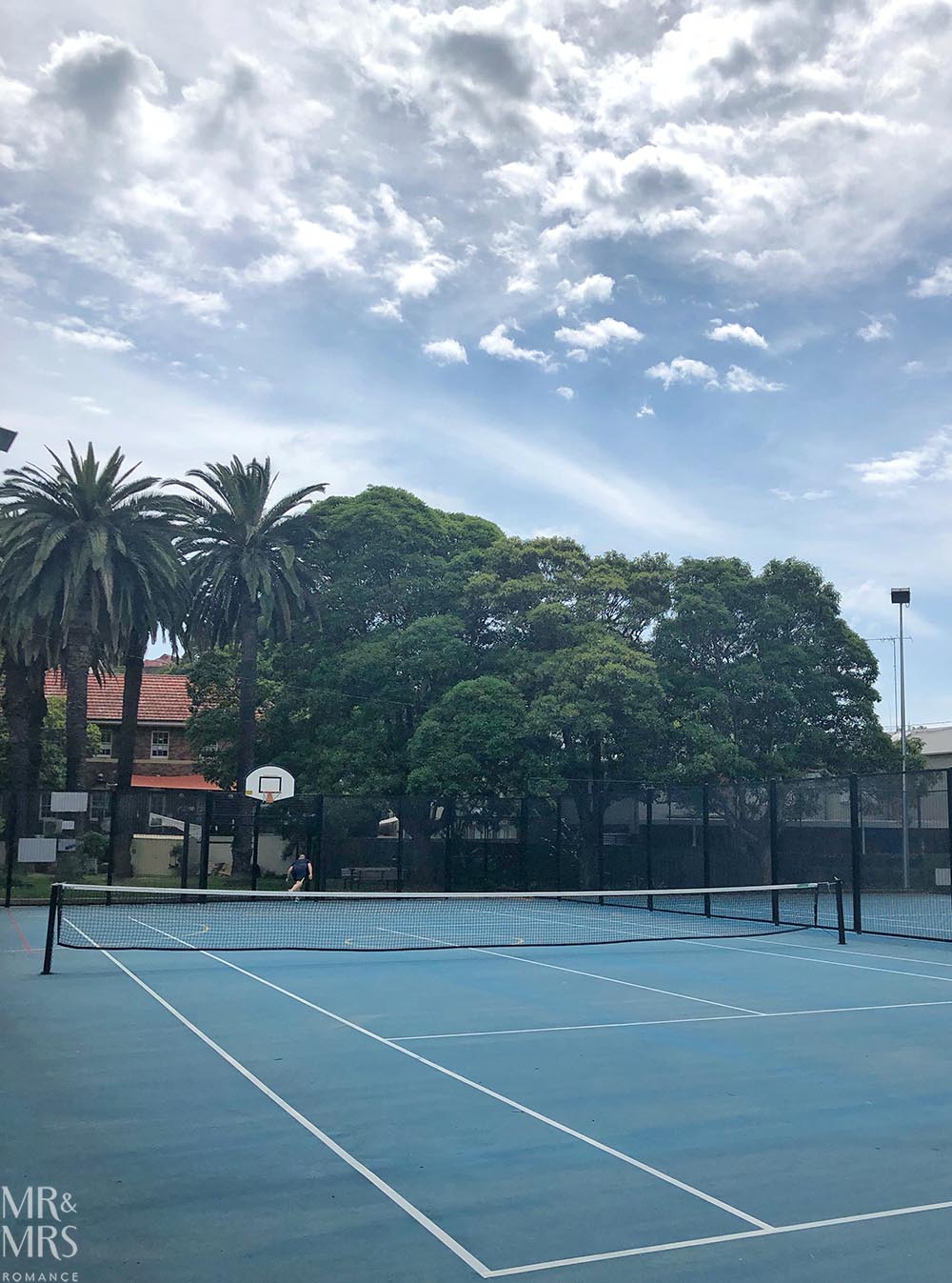 Today we’re back at the net for a game of tennis. I can’t tell if we’re getting any better… my suspicions are that we’re not! They say tennis is a great spectator sport… not the way we play it.

But it’s good to get out and run around like idiots for an hour. Even better not many people know about this tennis court, so there are never too many people watching.

We hope you’ve enjoyed this Weekly Edition and that this final week before Christmas is kind to you.

Great beer, a raw vegan dinner and the saddest celebration of the year

It’s been a funny old week this week. Lots have happened – like the passing of music legend Prince, Donald Trump winning the NYC…