Probably Spain’s most recognisable dish, paella is a delicious mix of saffron-infused rice and any range of ingredients, but especially seafood. Here’s how to make the perfect seafood paella inspired by Sydney Seafood School. 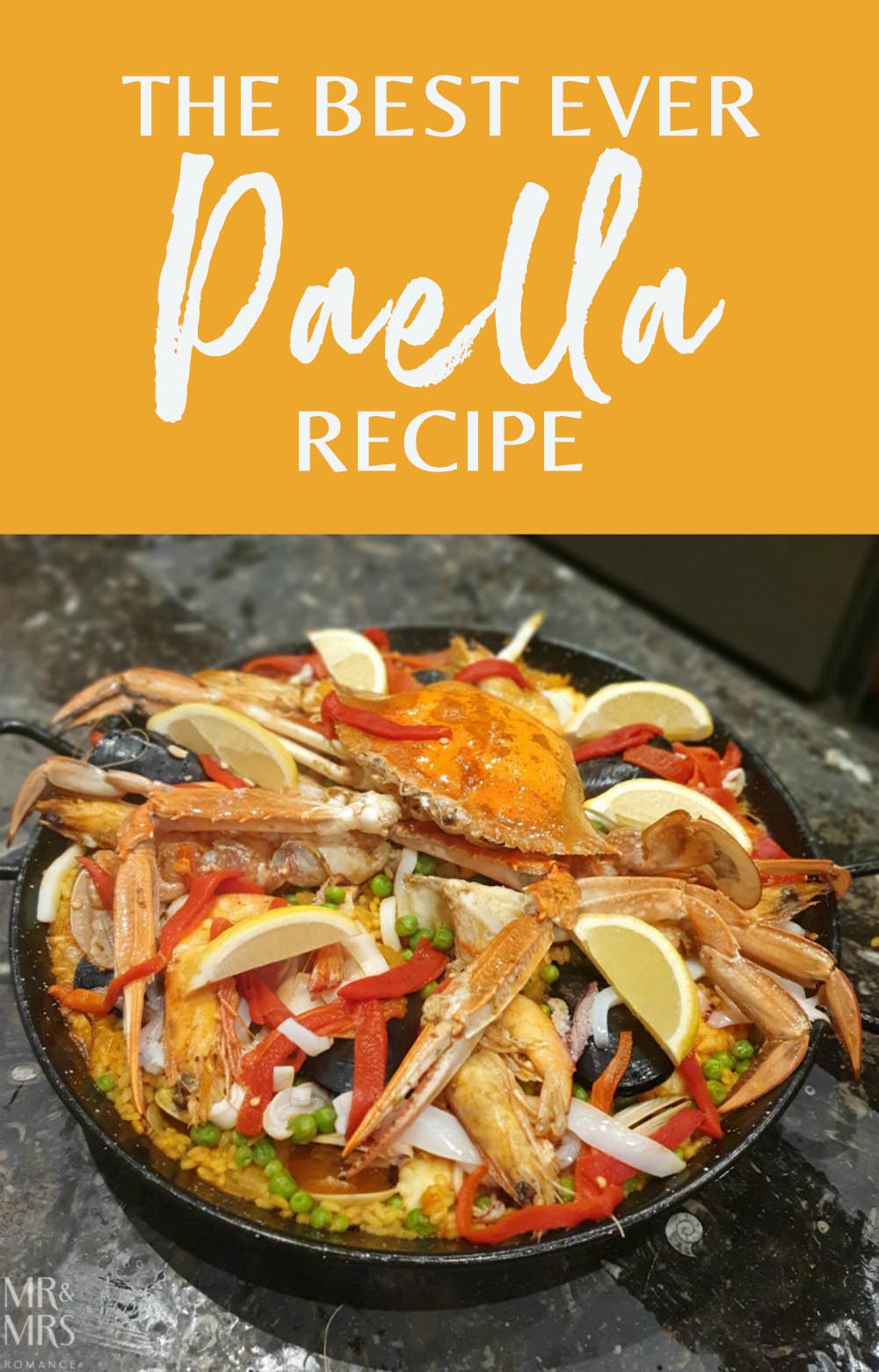 I remember my first taste of paella when I was 8 in south-eastern Spain. It came out in a big blackened cast iron pan, and my parents and I feasted a fought over it. We ate right down to the bottom, where the rice had caramelised to a crust on the pan.

Little did we know then, but that crust – known as ‘socorrat’ – is one of the most highly prized and important parts of the dish.

Fast forward many years to when Christina and I were back in southern Spain and in a ramshackle beach bar hoping for lunch – perhaps a salad or maybe some calamari.

When I spotted paella on the menu, childhood memories of that meal in Costa Blanca came rushing at me, fork in hand. Before long, we were tripping down my memory lane, battling for the best bits of socorrat and lamenting when it was all gone. 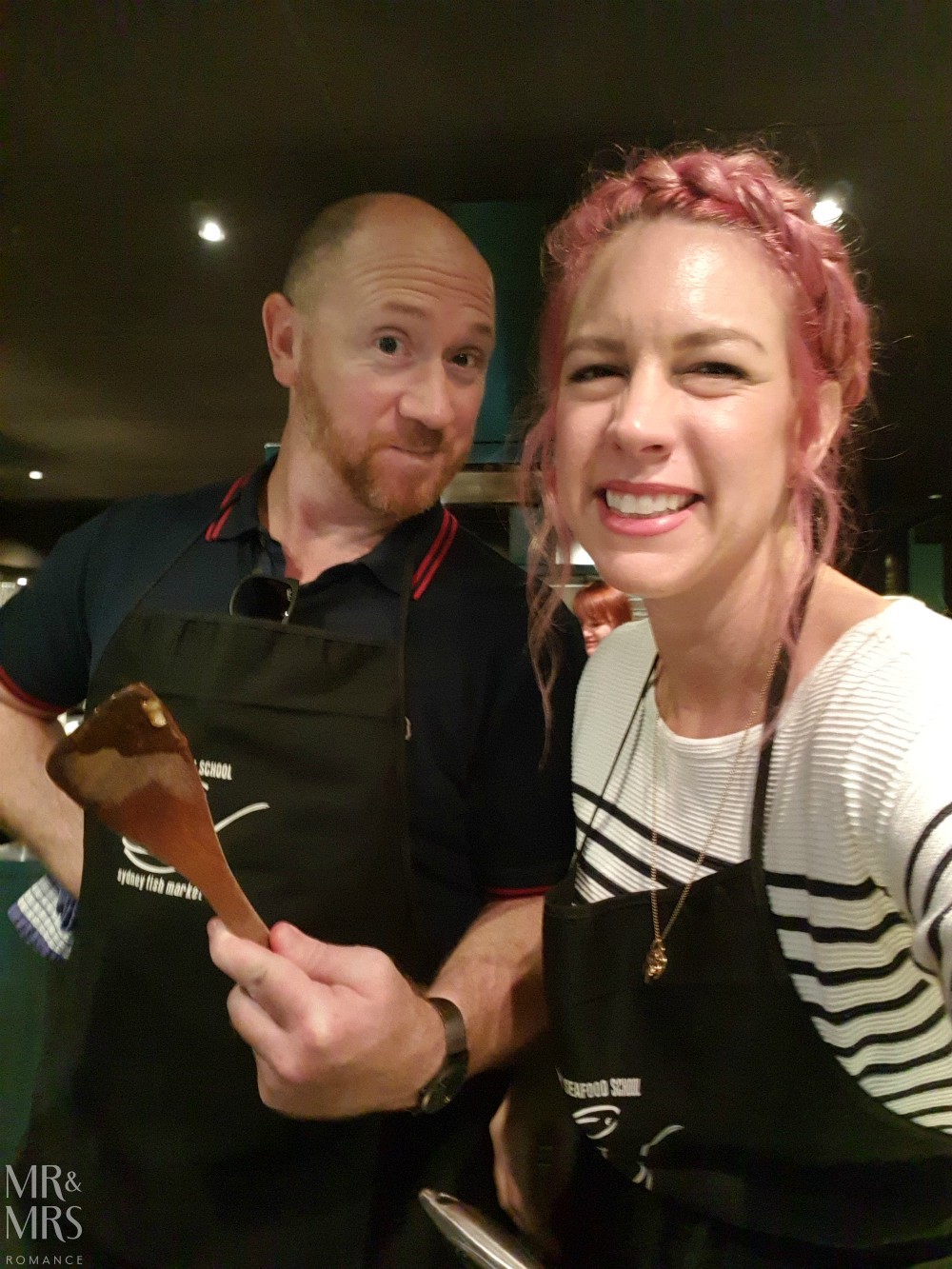 Paella in all its glory

Paella originates from south-eastern Spain in the Levant region and probably gets its name from the Latin word for pan: ‘patella’. This makes sense as the word paella in fact describes the pan you cook it in as much as it’s associated with the food.

Every region of Spain now has its own version of the dish, and just like Italy’s pizza, Spain’s paella is an international creation with variations of its true form found all over the world.

Christina and I recently took a paella class at the Sydney Seafood School, and here’s their version. I must say, it took us back to that meal in the little shack on the beach immediately. 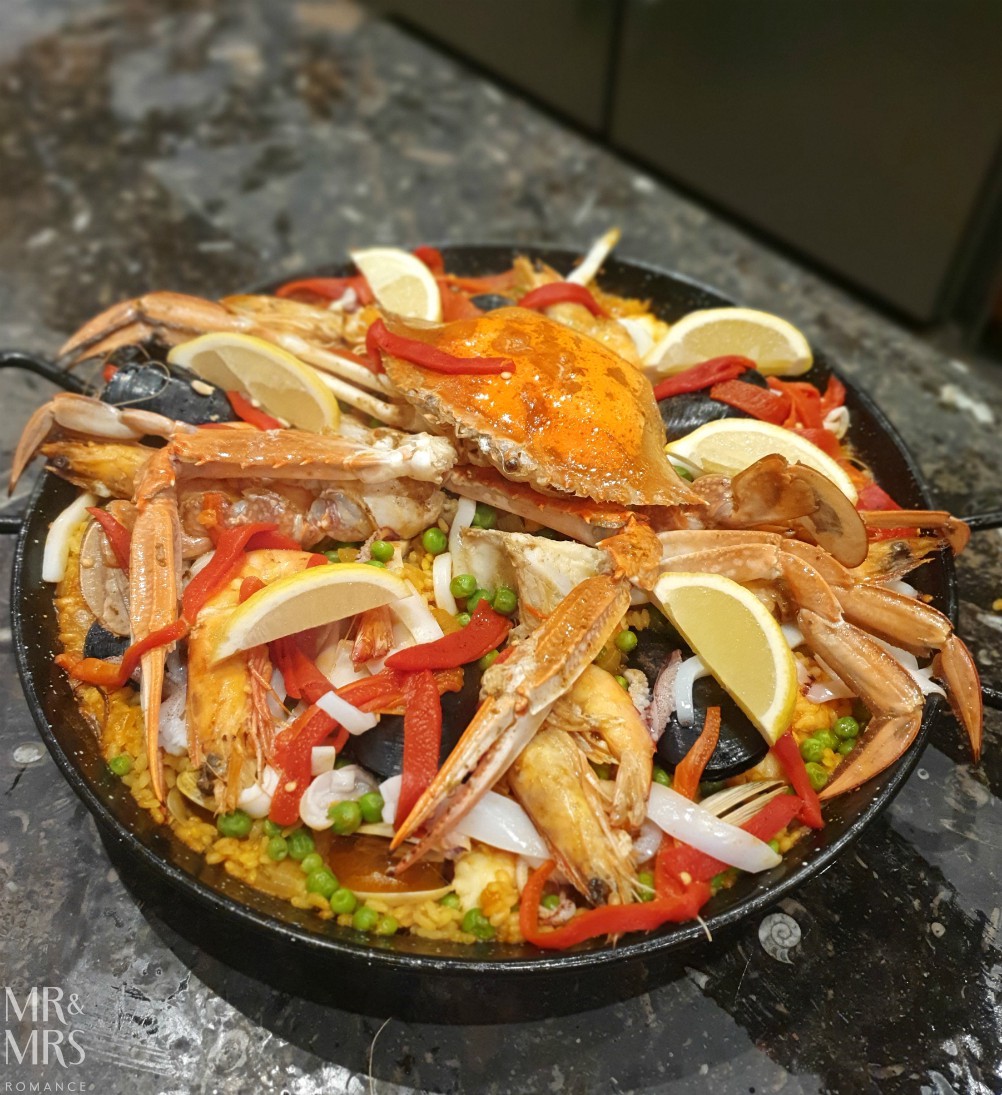 How to make seafood paella

How many this will serve will depend on the size of your paella (pan), but it should be good enough for 6 people.

The list of ingredients here is quite long, but don’t let that put you off. You might be able to skimp on some of the seafood to cut costs, but the rest it all quite important. 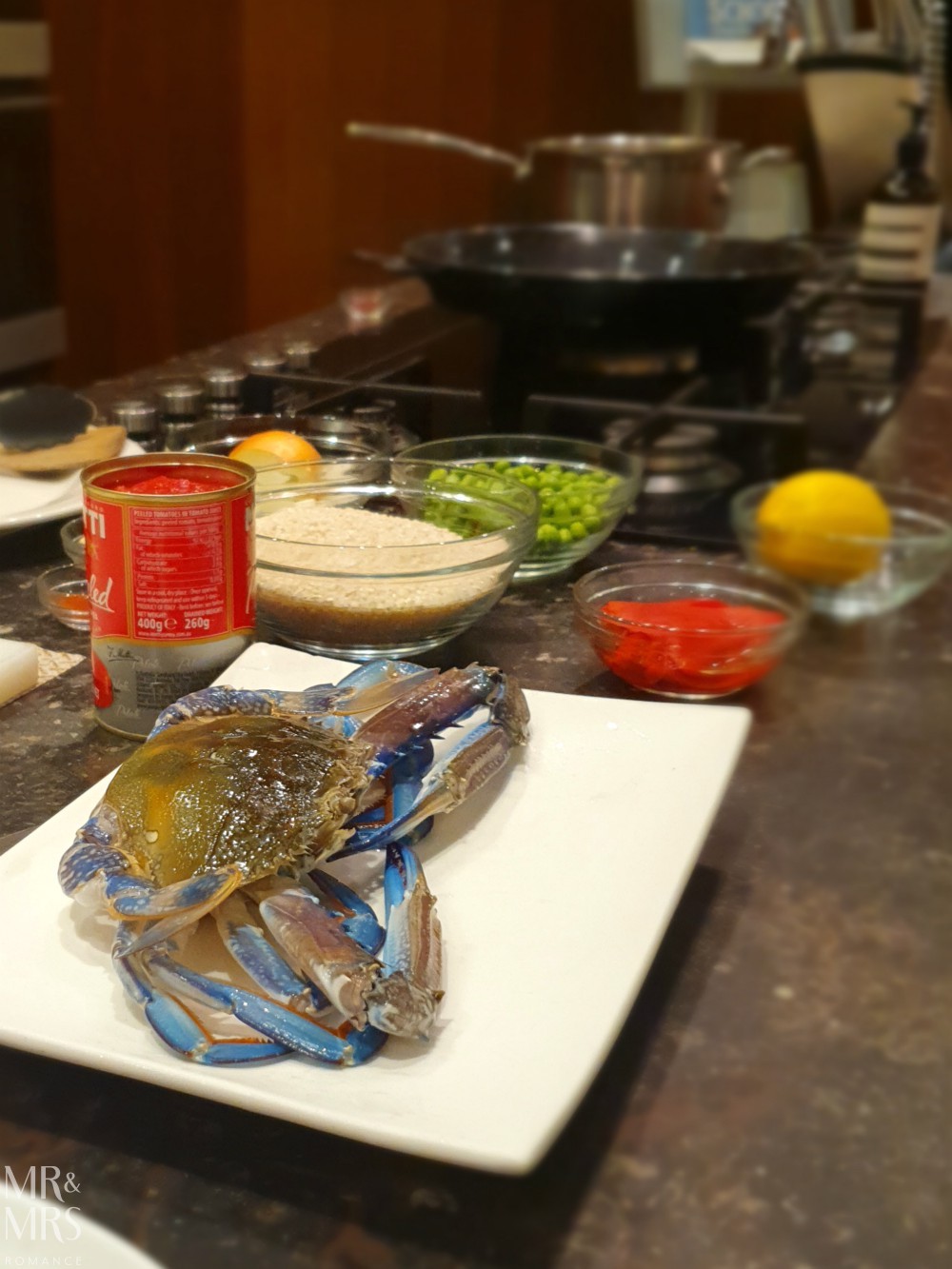 1. Bring the fish stock almost to a boil, crush the saffron threads between your fingers a bit and add them to the stock. Remove pot from heat and cover.

2. In your paella, heat some of the olive oil and fry the whole prawns and crab pieces (in the shell) until they turn pink. Then remove them for later.

3. Add the rest of the oil, then the onion, garlic and paprika. Cook on a medium heat until the onion goes soft. Then add the tinned tomato, increase the heat and cook until it’s reduced and pulpy.

4. Add the rice and salt, then mix well for about a minute. Then pour in most of the stock (and saffron fragments) and bring the pot to the boil for 3 minutes.

Now comes the hardest part of the process:

DO NOT STIR THE PAN. 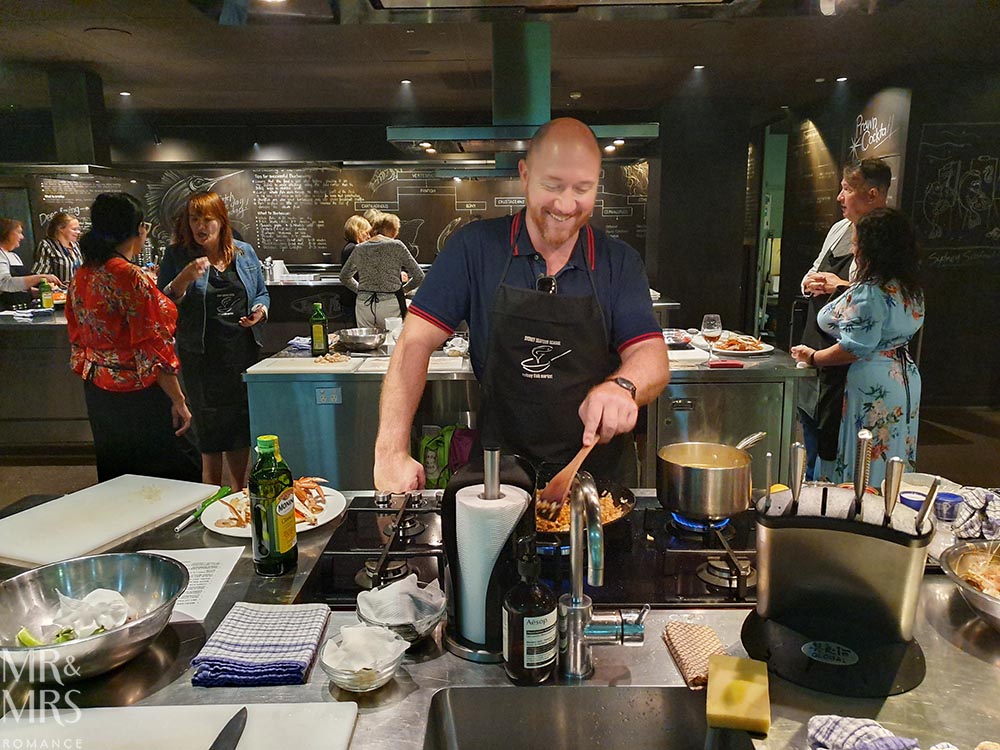 5. Reduce heat to medium-high so it’s still bubbling around the edges of the pan.

6. Continue to cook for about 10 minutes until most of the stock has absorbed, but don’t stir. Shuffle the pan around to keep the mixture loose, but stirring will ruin the paella texture.

7. Add the rest of the stock, especially around the edges.

8. Arrange the peas, pepper slices, mussels, vongole, diced prawns and crab portions on the top of the paella. Push the shellfish into the mixture point down where the shells join so the abductor muscles contract and they open. This should take about 5 minutes.

9. Finally add the squid strips and tentacles and whole prawns and cook for a couple more minutes, then remove from heat, cover with a tea towel and allow to rest (‘reposar’ in Spanish) for 5-10 minutes, and finally garnish with lemon wedges. 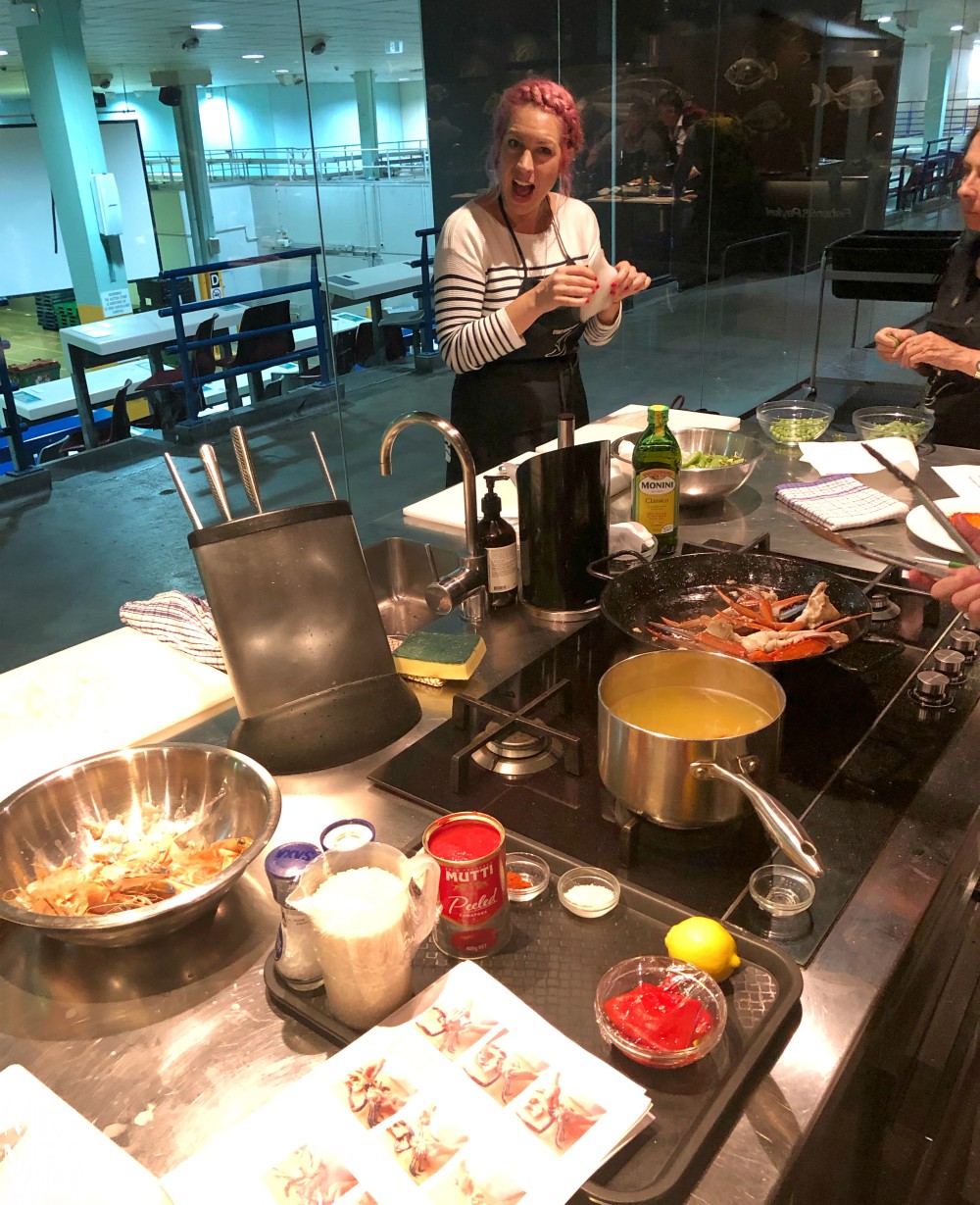 Do you need a proper paella pan?

No, but a proper paella pan will do the job best. There are places online you can buy them and they’re surprisingly affordable. Otherwise, kitchenware shops and maybe even department stores will stock them.

A heavy flat-bottomed frying pan will do the job otherwise, but don’t try using something like a wok. It doesn’t have the surface area on the bottom you need for the socorrat to form.

How do you achieve socorrat?

That most desirable crunchy base that accumulates on the bottom of the pan can only form if you obey Step 4. Once that stock goes in, don’t stir the pot anymore. Stirring disrupts the caramelisation of the rice starch and sugars in the stock.

Shaking the pan gently from time to time will make sure the mixture doesn’t catch too much and burn. If your hob (gas or electric) doesn’t cover all the bottom of the pan at once, carefully move the pan around to distribute the heat evenly.

If you have a barbecue, you can use that instead of your kitchen stove. Paella is cooked outside traditionally anyway! 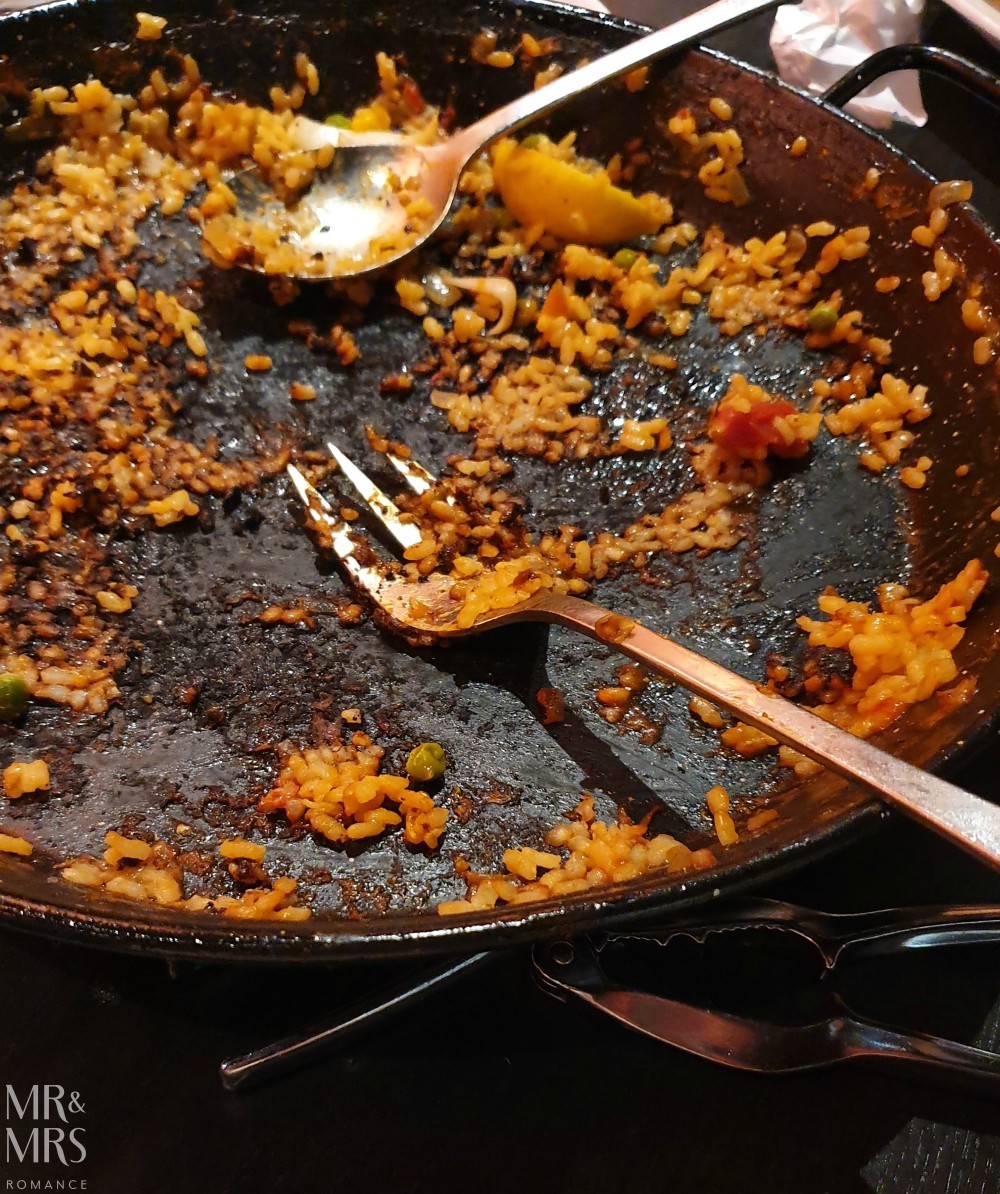 How do you say ‘paella’?

Good question. The double L is usually pronounced ‘y’ in Spanish, so ‘pie-aya’, but some regions make it a ‘j’ sound like in ‘measure’, so ‘pie-aja’. Otherwise, ‘pie-ella’ in English is fine.

There are so many variations of paella, each with different ingredients. Most things in a paella are from the farmyard – from pork to rabbit. Chorizo is often in paella – our friends Dave and Clare in the UK do an amazing paella with chicken and chorizo.

In this seafood version, chorizo would be too strong a flavour and would overpower the other tastes. 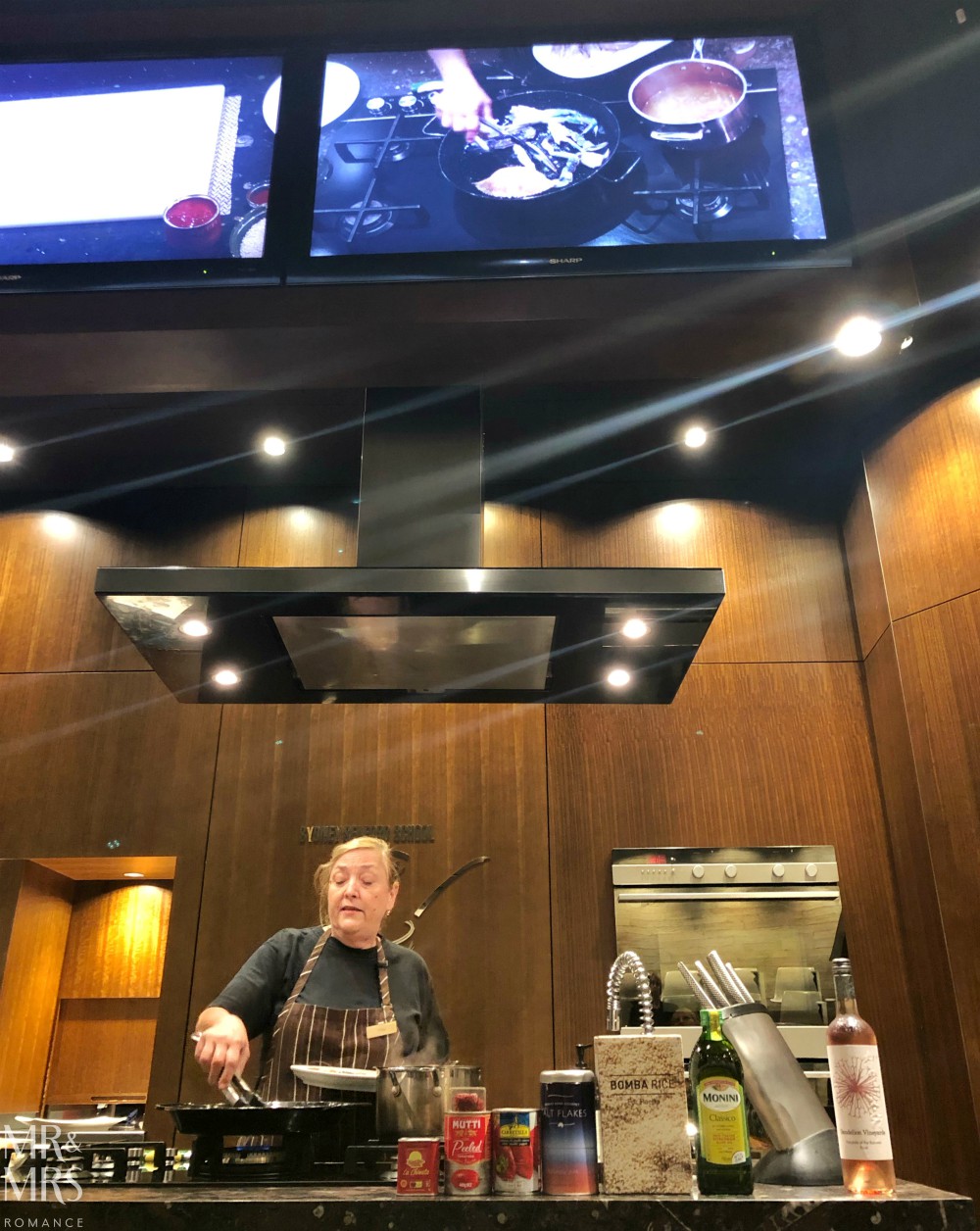 For the price of your lesson, they supply everything. You start with lecture-theatre cooking demo with one of the incredible teachers, who’ll show you the ropes.

Next you move to the fully equipped professional kitchen to recreate the dish.

Finally, you take your creation through to the dining room where you get to feast on your efforts with a glass of wine. 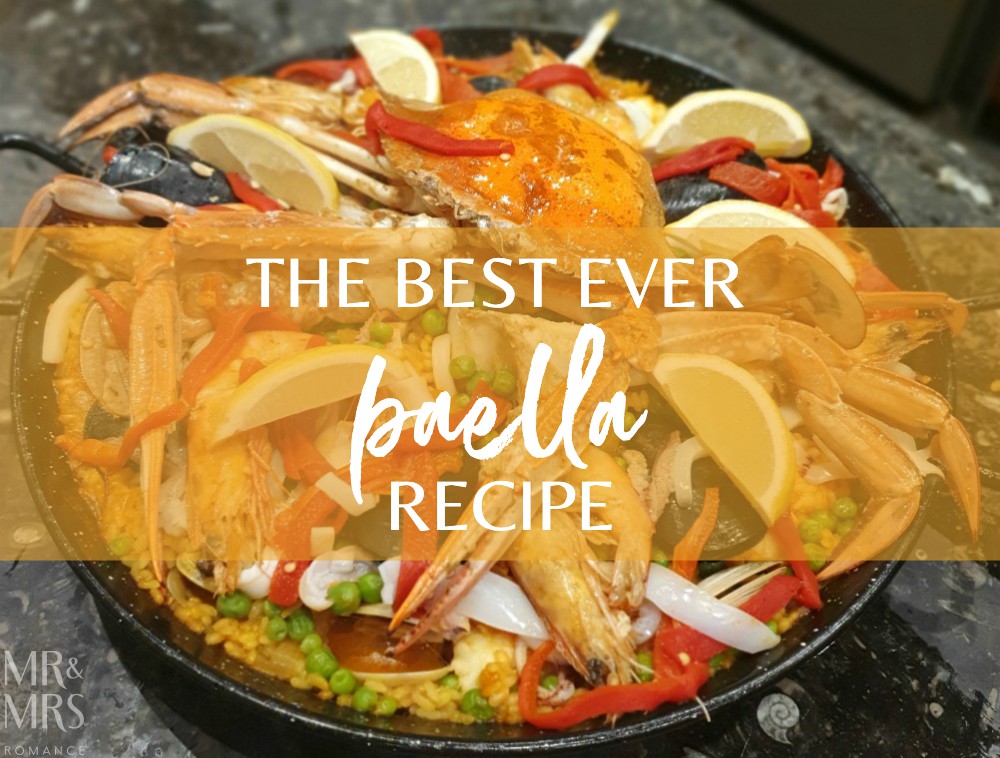 We attended the paella class at Sydney Seafood School as part of an ASTW experience, which we paid for.

How to photograph food – 5 top tips from Italy