Steeped in history, this cocktail is not only over 150 years old, it’s responsible for the nickname ‘Limey’ for the English and brought about the advent of fruit cordials. It’s also bloody tasty – but that could be something to do with the excellent gin we’ve used too! 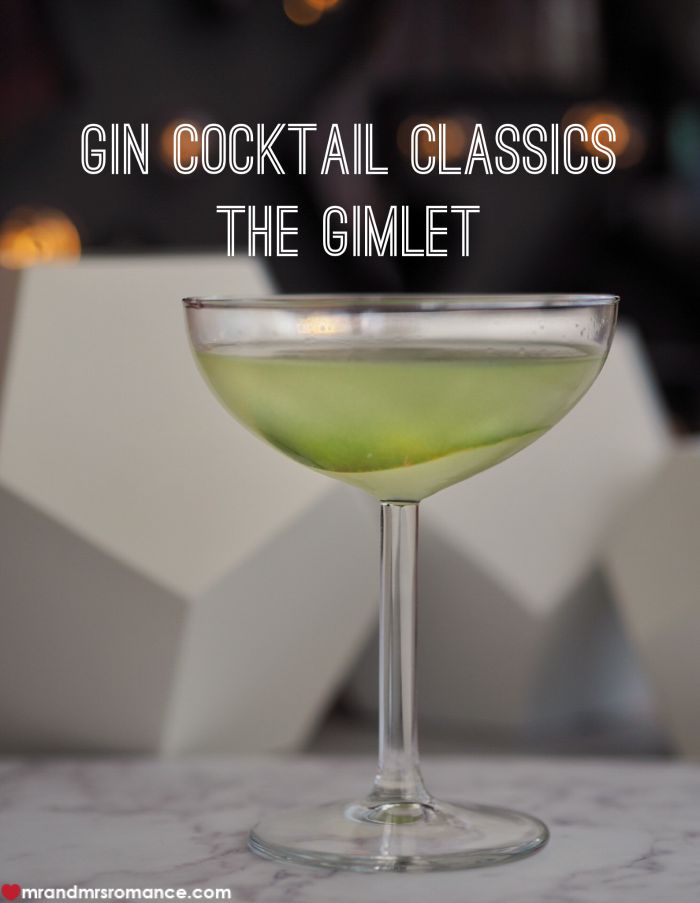 Perhaps it was because we didn’t use the right measurements or the wrong gin or lime cordial… but really there’s not a lot to get wrong with this very simple cocktail.

Mrs Romance and I just think our tastes have changed.

Mind you, the gin we’ve used this time is delicious and has become an instant favourite. More about the gin in a moment. 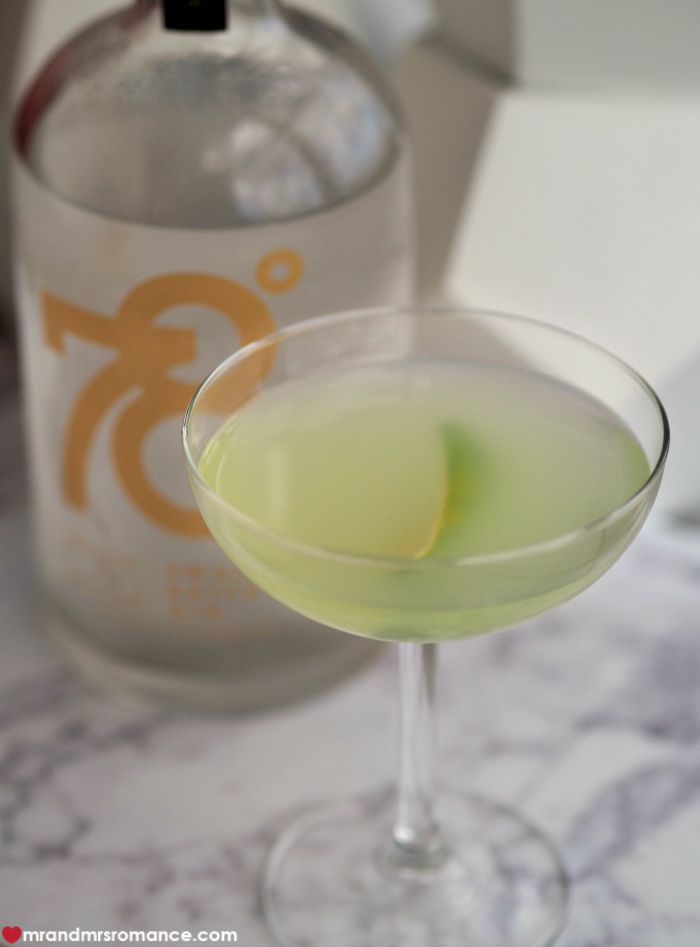 The Gimlet started out in the British navy in the 1800s. It was seen as the best way to provide essential vitamin C rations to men at sea to prevent scurvy. The gin hid the very bitter flavour of the lime.

The name ‘Gimlet’ is likely to come from Rear Admiral Sir Thomas Desmond Gimlette, who acted as ship’s doctor between 1879-1913. It’s said that he was the one who started administering lime to sailors.

The use of lime in the British navy started the nickname ‘Limey’, which North Americans still use.

Rose’s Lime Cordial is still the preferred ingredient in most Gimlet recipes. 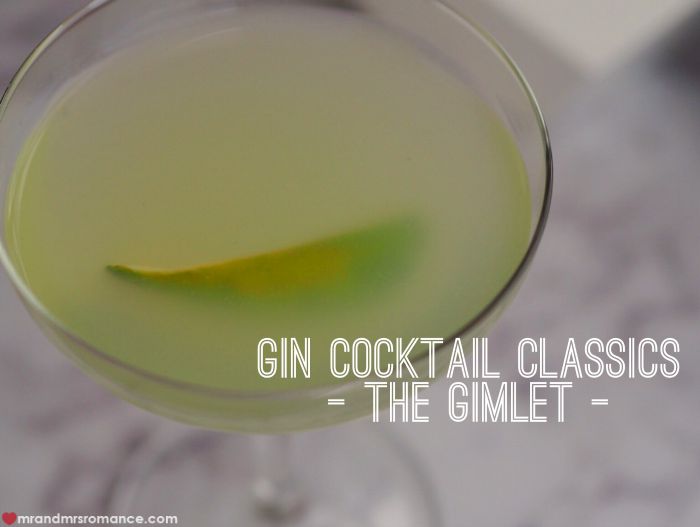 – Slice of lime peel to garnish

1. Add the ingredients to a cocktail shaker over plenty of ice.

3. Double strain into a champagne bowl to remove the bits of lime flesh.

4. Garnish with the peel and sip. 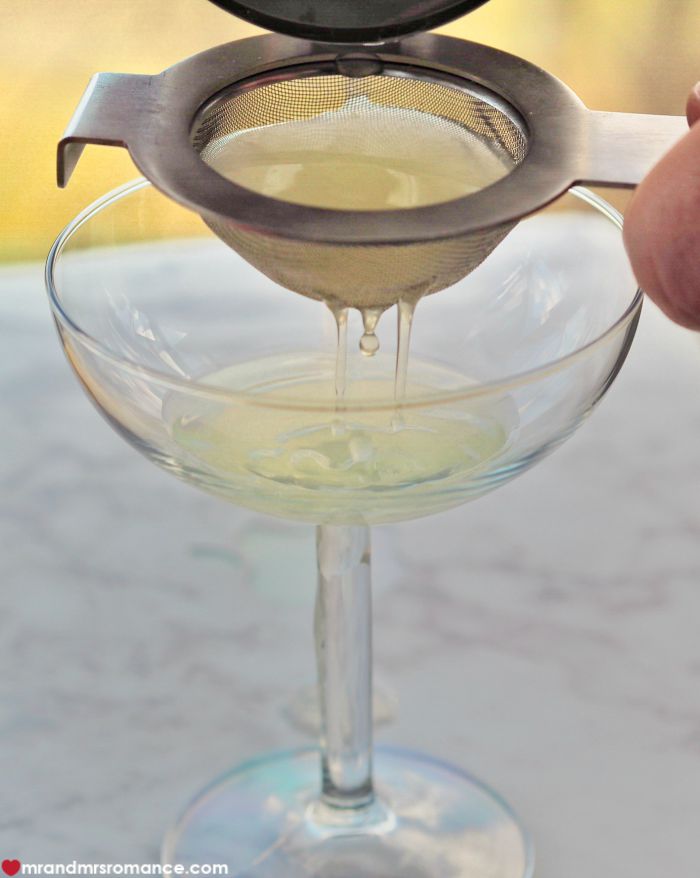 Because of the strong flavours in this drink, it’s the kind of cocktail that should be sipped rather than gulped down… though after the first one, that might change!

The gin we’ve used here works beautifully with the bitterness of the lime juice and the sweetness of the syrup.

78° gin, from Adelaide Hills Distillery, is made and owned by local lad Sacha Laforgia. Sacha has become deeply involved with his gin distilling to the point where he’s even built his own still. This is something very few people do – mostly because it’s so bloody hard to do.

Sacha makes his gin with 12 botanicals – juniper, coriander, fresh citrus peel (orange, lemon and lime), star anise. cinnamon, clove, nutmeg, black peppercorn, green peppercorn and orris root. He also distils each one individually and then blends them together to find the perfect balance of flavours. 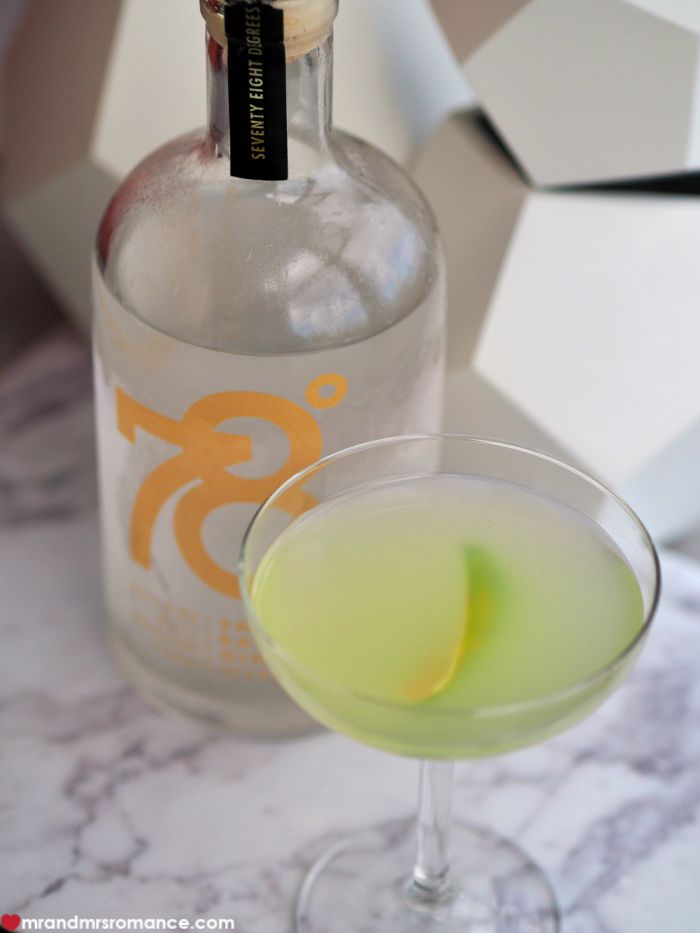 On its own, 78° is fresh and fruity with delicate peppery flavours and a hint of aniseed. In the Gimlet, the lime and pepper flavours come through. It’s a great gin.

Oh and the reason behind the name is because it’s at 78°C that alcohol boils – an integral part of making gin.

Have you tried a gimlet? Do you prefer to use lime cordial or fresh lime and sugar syrup? What’s your favourite gin cocktail? Tell us in the comments!

Life on the Farm at a Hatted Hunter Winery – Margan Wines in Broke, NSW

From farm to table in under 100 metres. That’s how Margan Wines runs their hatted restaurant. Here’s more about this beautiful Hunter Valley winery…