When it comes to seafood, it doesn’t get much better than at famous chef Rick Stein’s restaurant in Bannisters by the Sea on the South Coast of New South Wales. But celebrity aside, what makes this restaurant special? 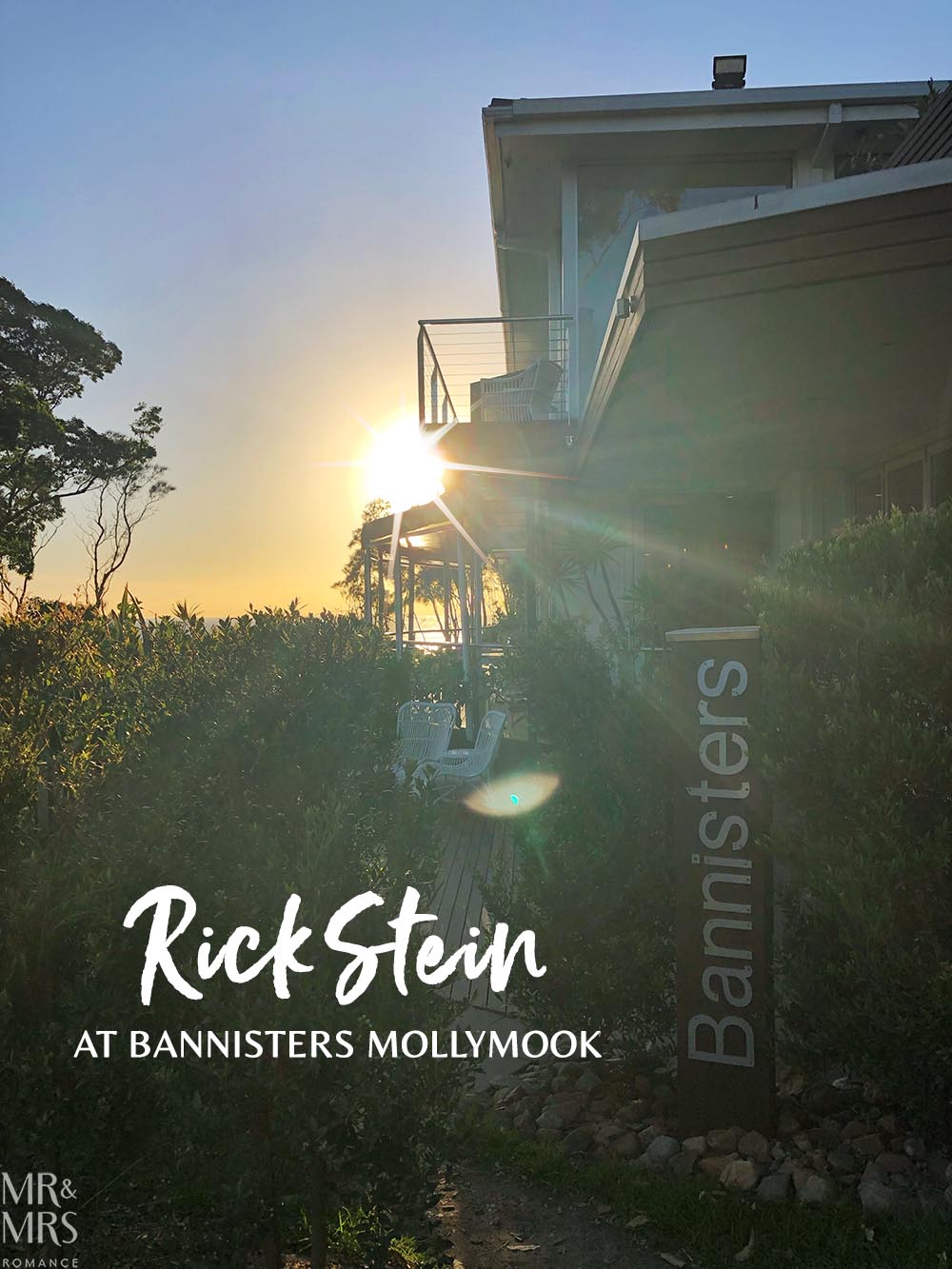 In 2009, famed British chef Rick Stein and his lovely wife Sarah opened the doors to their first ever restaurant outside the UK. But they chose neither the bright lights of Sydney nor the chic streets of Melbourne for their venue.

It’s part of Bannisters by the Sea, a beautifully renovated retreat-style hotel, and the two together offer the perfect solution to those hunting for a romantic break from the city.

Christina and I were lucky enough to stay at Bannisters by the Sea and dine at Rick Stein’s to celebrate our anniversary. To say that our time here was the maker of memories is an understatement.

You can read our full review of Bannisters by the Sea here. 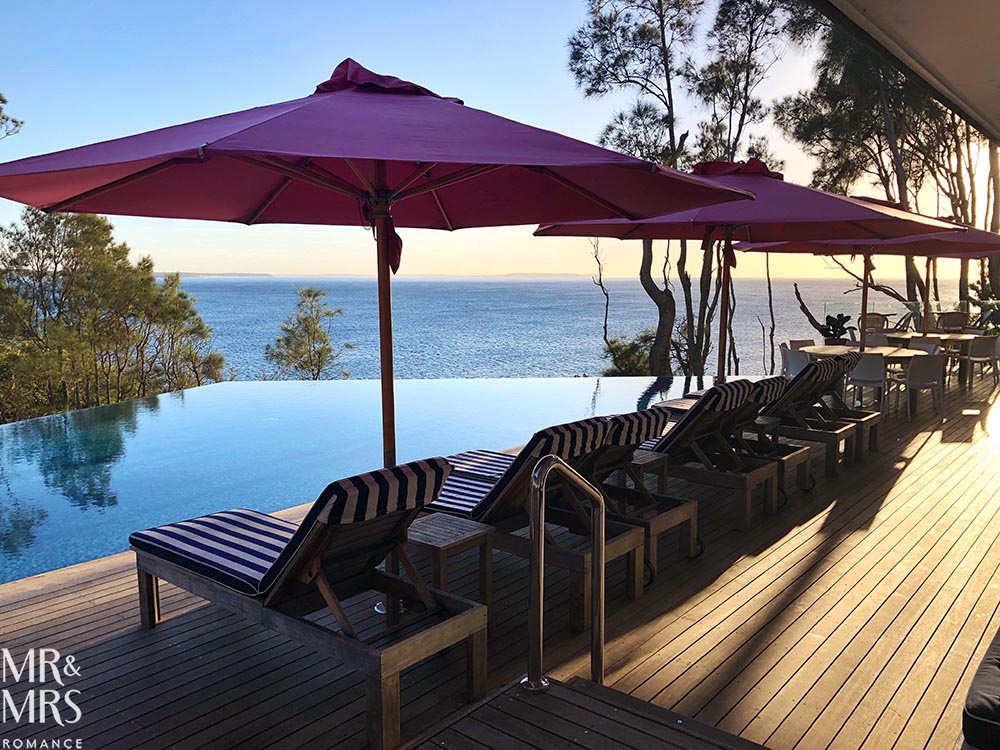 I didn’t know what to expect when I first walked through the doors to Rick Stein at Bannisters. Of course, I knew I’d be having delicious seafood, but we’re lucky to be blessed with lots of excellent food in Australia.

What I wasn’t expecting was the complete package that this restaurant offers that makes it so popular.

Rick Stein’s at Bannisters is kind of the perfect storm in restaurant terms. It ticks so many boxes:

And of course, its owner is Rick Stein – one of the few likeable famous chefs.

So it’s no surprise that whenever you look for where to eat anywhere around the South Coast of NSW, Rick Stein’s in Mollymook always comes up.

Obviously, it does go further than that. Easily one of the best seafood restaurants in the country, Rick Stein’s has a place in all the top lists simply because it’s just that good. 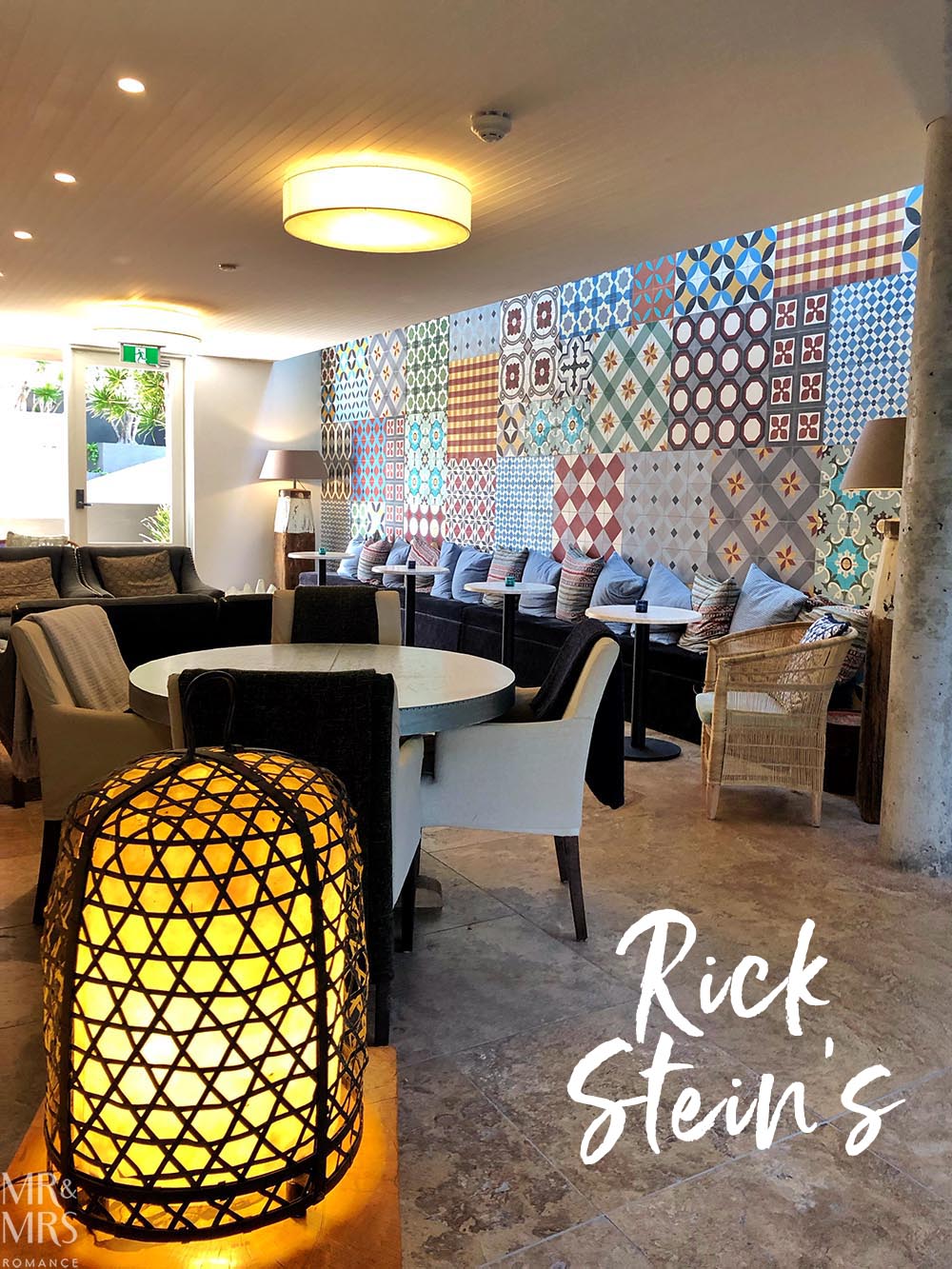 What about the food?

Rick Stein values simplicity in cooking, and it’s clearly a cornerstone of this restaurant. But it’s simplicity with skill that makes the difference.

My entrée of scallops was an excellent example of this well-honed skill of simplicity. Four beautifully plump shellfish grilled perfectly in coriander butter, served with crunchy toasted hazelnuts: simple yet skilfully done.

I must admit I wasn’t sure about the seaweed garnish in between and under the shells. I tried eating some, but I think it was just to keep the scallops in one place as they left the kitchen. Bit embarrassed about that actually! 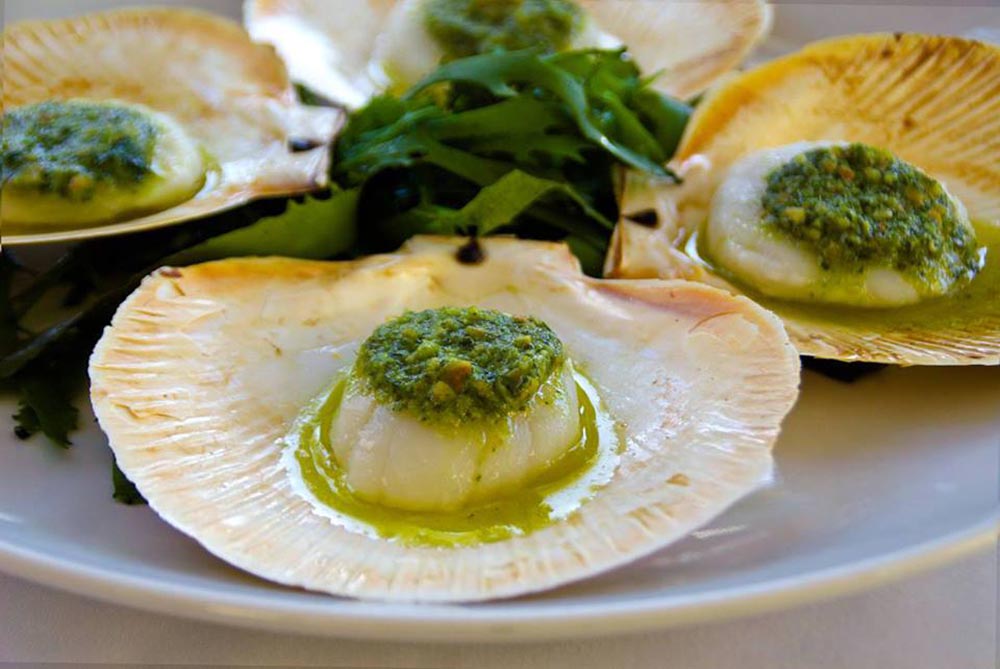 Christina’s entrée of spanner crab with a wakame, cucumber and dashi salad with a wasabi mayo on the other hand was much more complex in its make-up. However, in each of its separate parts it was still simple, using few ingredients to attain maximum flavour.

The crab was tender and delicious, and the wasabi mayonnaise had a terrific bite to it. The Japanese influence of this dish shows off the skills at work in the kitchen. And its simple yet pretty layout is like having a bento box on your plate. 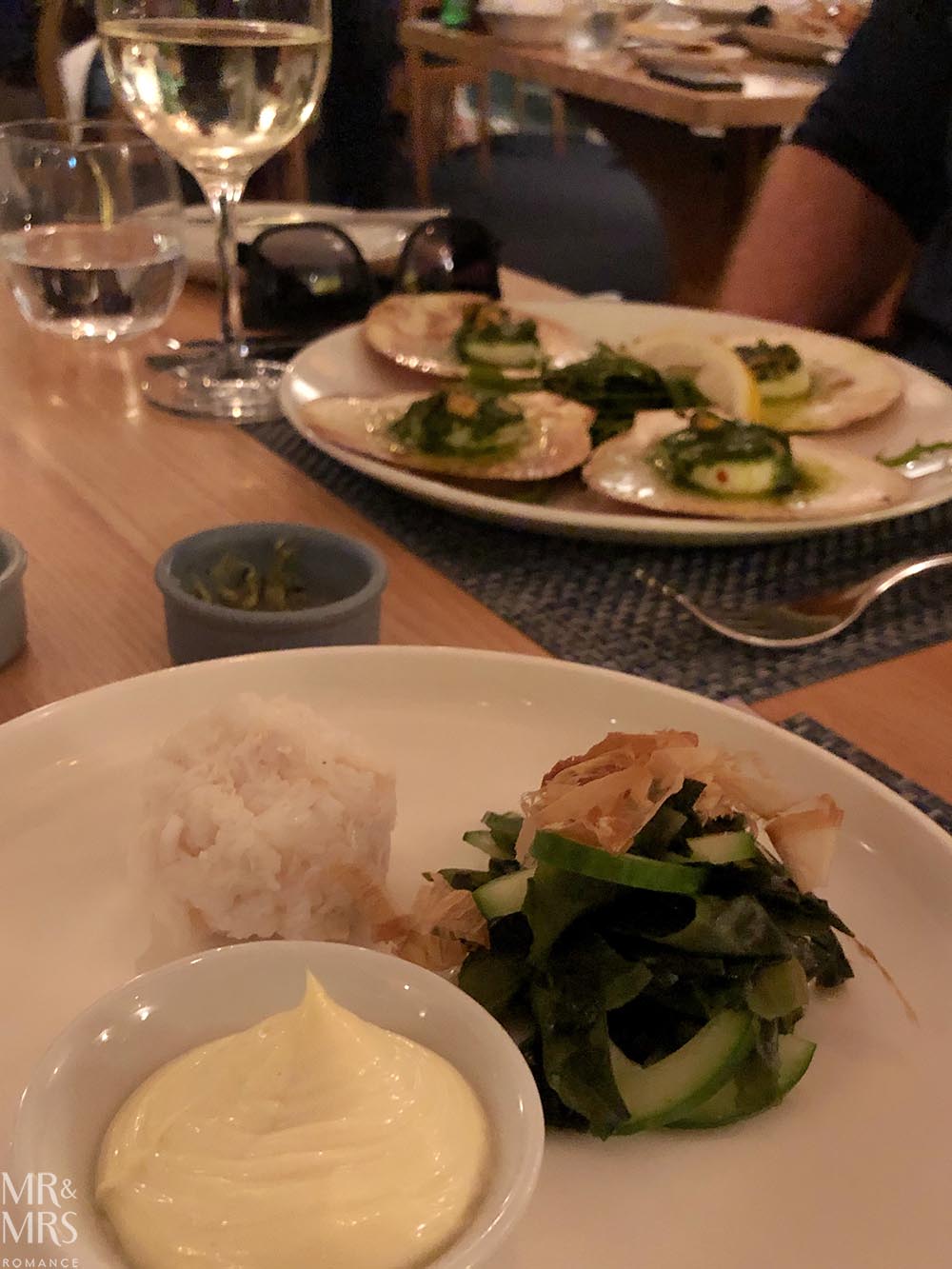 As our mains came out, another important element is on show that Rick Stein holds dear: the generosity of the kitchen.

These aren’t small, annoyingly dainty dishes that will cost the earth and leave you needing a snack later. They’re hearty yet at the same time elegant. It’s a hard balance to achieve.

My roasted blue eye trevalla was a substantial serving, beautifully cooked right down to its crispy skin. It came with mussels steamed in an unctuous broth with chickpeas, capsicum and thyme. There were also pieces of chorizo, which added that bit of heat to go with the mussels. 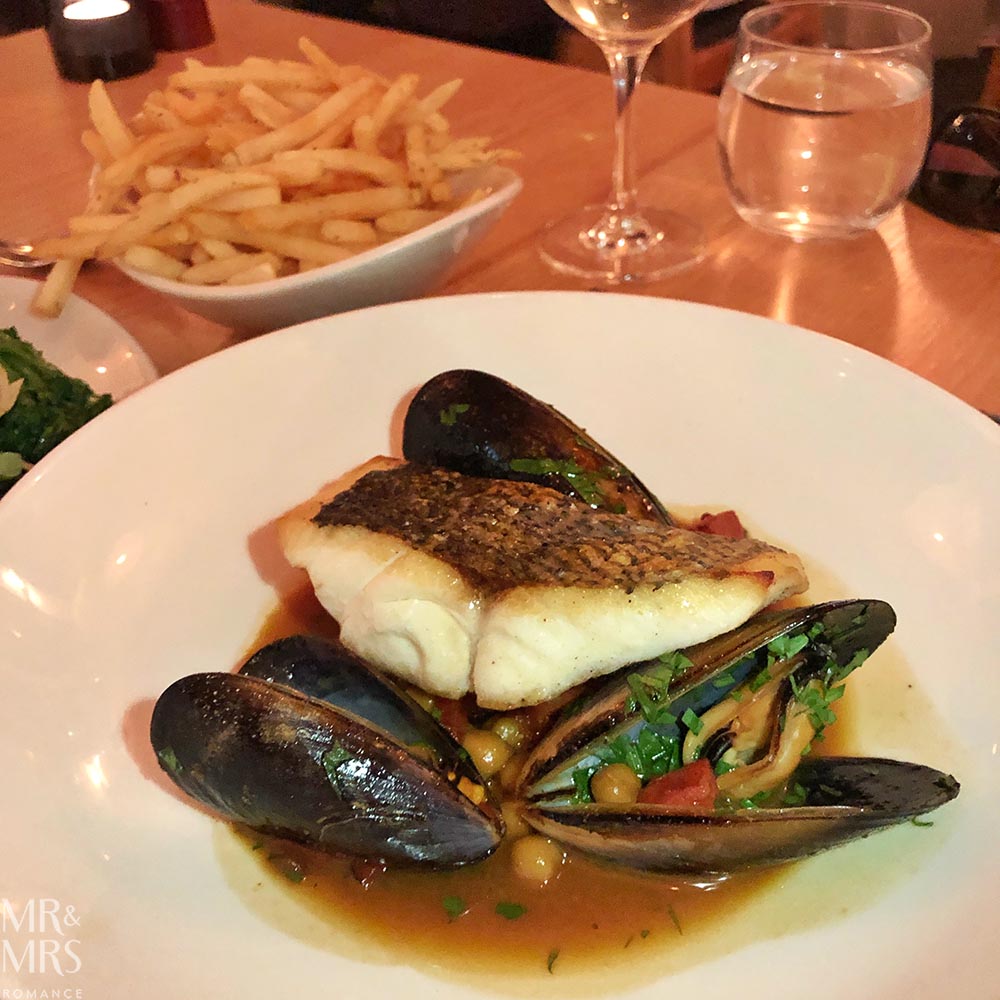 It was an accomplished dish and made me worry less about not ordering the vaunted Bannisters fish pie… I think we’ll have to make a return journey for that.

Christina’s main was probably the only thing on the menu that would give me food envy. At our server’s recommendation, she ordered the Sri Lankan Huon salmon curry.

Apart from anything else it made me want to go to Sri Lanka immediately… perhaps after stealing more of Christina’s main!

The thick half-darne cut of salmon was tender and full of enough flavour to play well with the rich curry sauce. The sauce itself was incredibly well-balanced, hitting sweet, sour, spicy and umami bullseyes.

Christina’s dish came with a house-made mango chutney that would put most curry houses to shame, and a chapati-style naan.

It was an excellent dish.

And if you want another example of the kitchen’s generosity, when it came time to order dessert, we just couldn’t do it. We were full. 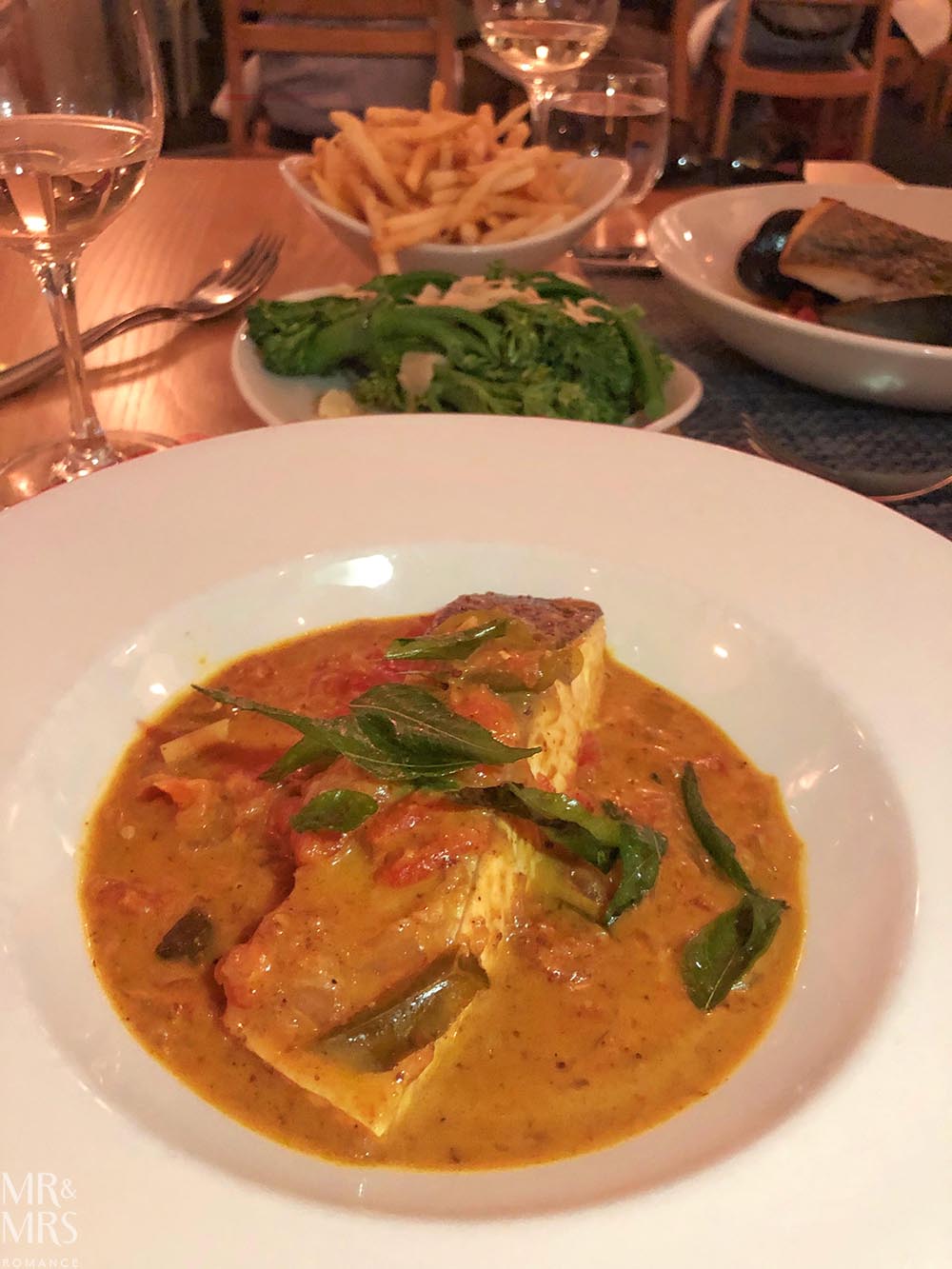 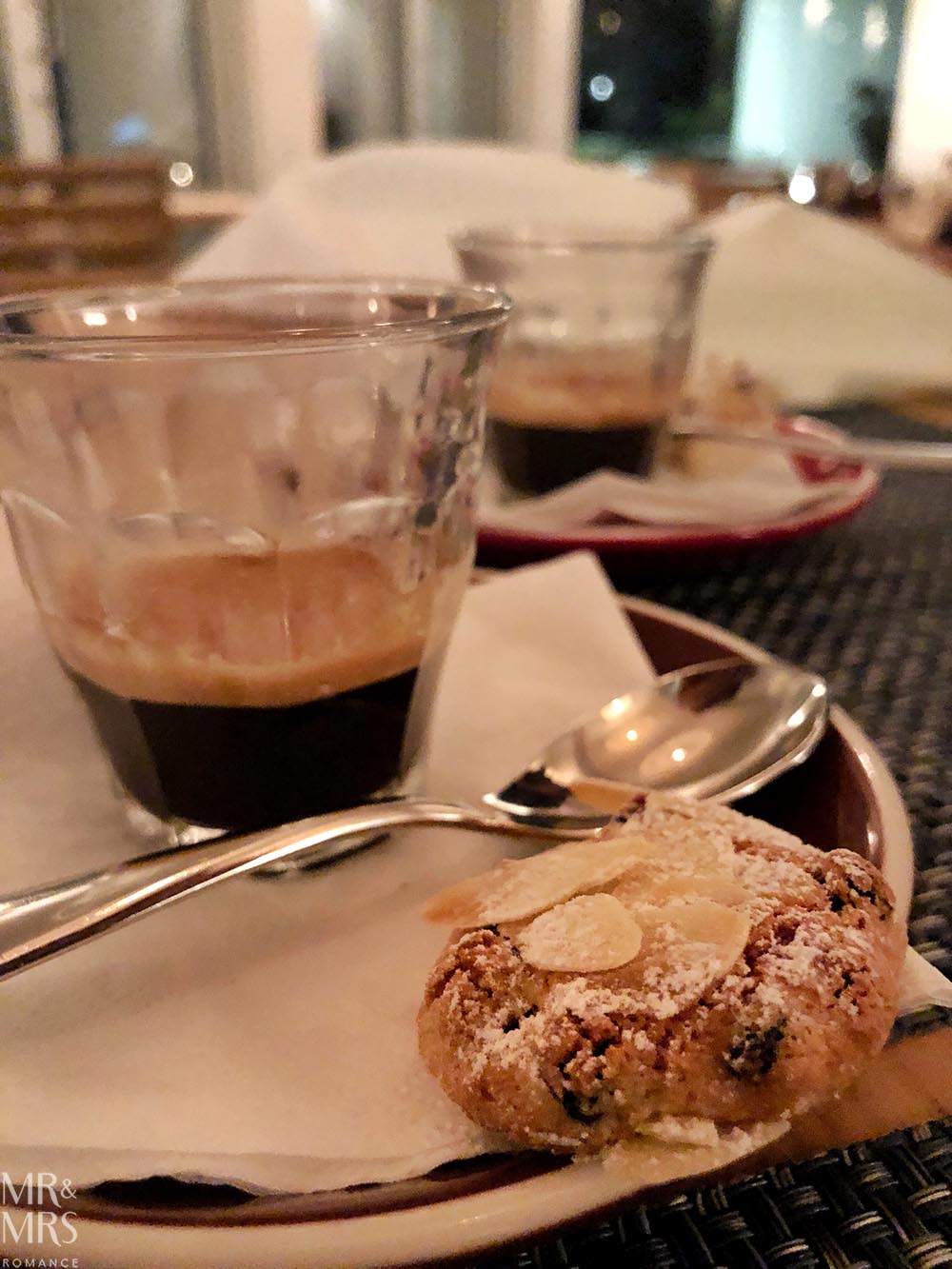 The ingredients of a restaurant

If you look at Rick Stein at Bannisters like a recipe for one of his dishes, you can see the ‘ingredients’ and see how they’re applied.

As Rick would have it, there aren’t many ingredients. But each item is exquisitely chosen, adroitly applied and often rare:

Simplicity with skill, generosity, freshness and passion. That’s what makes Rick Stein at Bannisters so good. 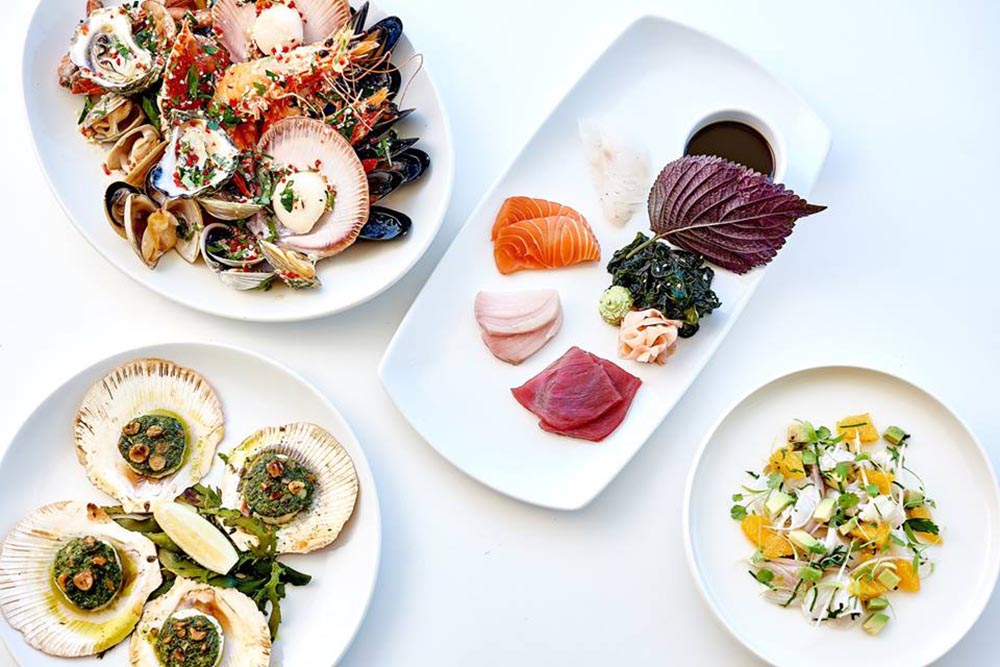 Does it cost the earth to eat at Rick Stein’s?

Obviously, if you order enough lobster thermidor, you’ll add some zeros. And there are wines on the list that might make your bank manager frown, but it doesn’t have to be an exorbitant evening here.

We had two courses, an excellent glass of wine each and coffees at the end. We considered dessert but were too full, which shows the generosity of the servings.

Including a tip, the bill was under $240, which – for a restaurant of such (deserved) celebrity and notoriety – I thought was pretty reasonable.

And best of all, we only had a quick walk back to our room and the comfort of our king-size. 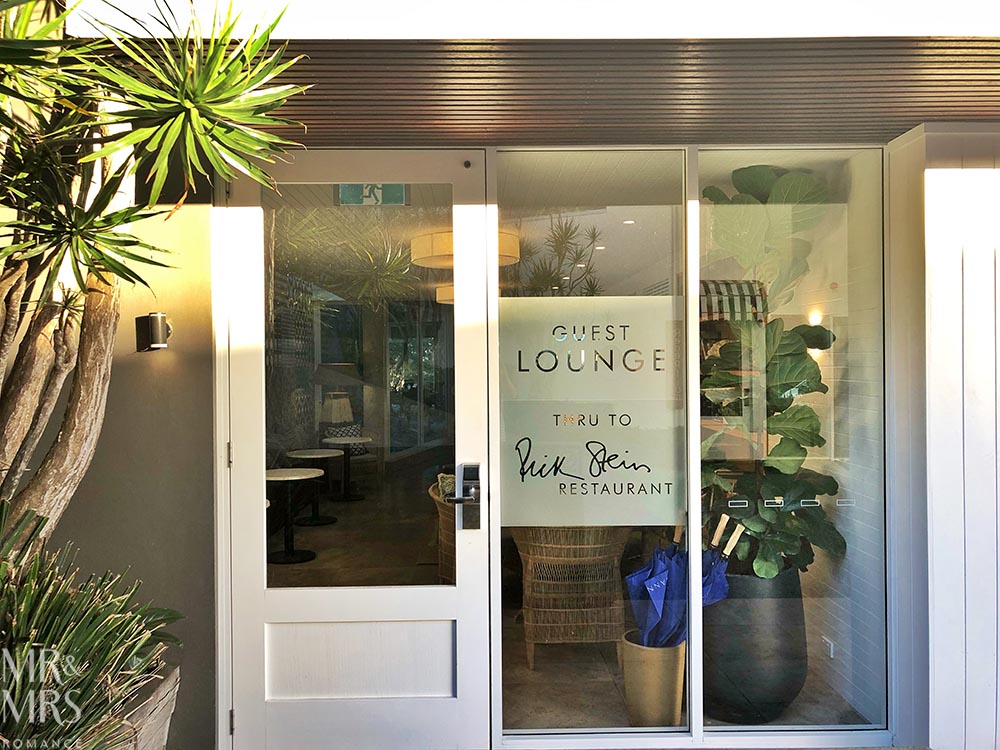 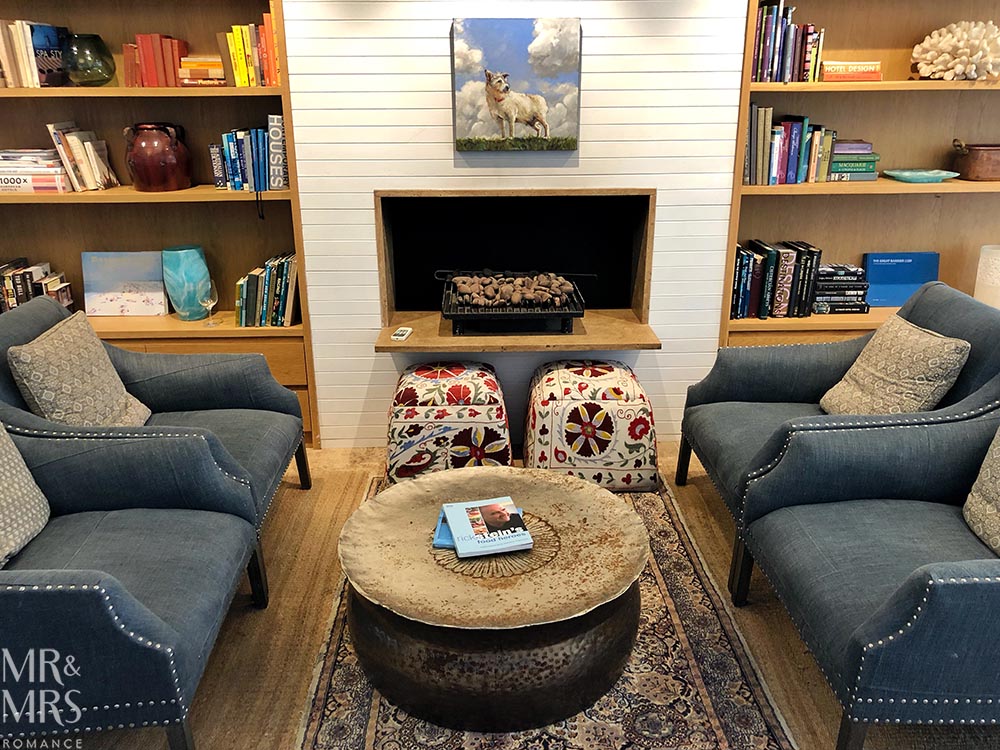 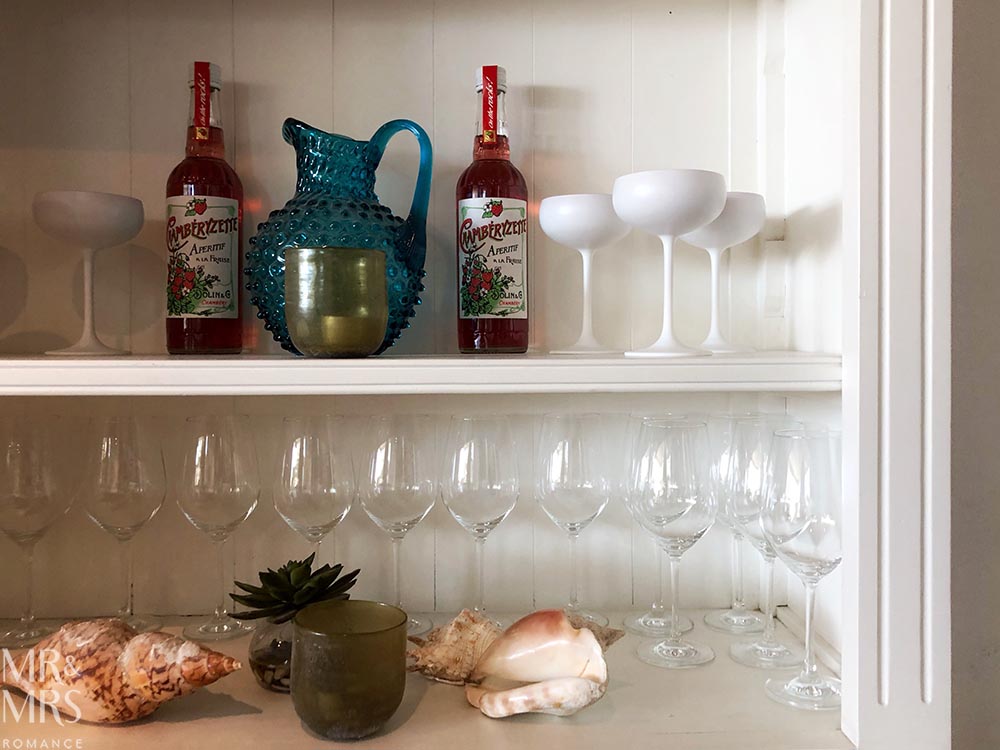 But why so far from the big smoke?

If you think about it, Mollymook makes sense. The majority of Rick’s UK restaurants are out of London and near the coast, where – I think you’ll agree – most seafood comes from.

Add to that Sarah’s nostalgia for Mollymook, the town where she and her family would come for their holidays, and the fishing port of Ulladulla on the doorstep… perfect sense. 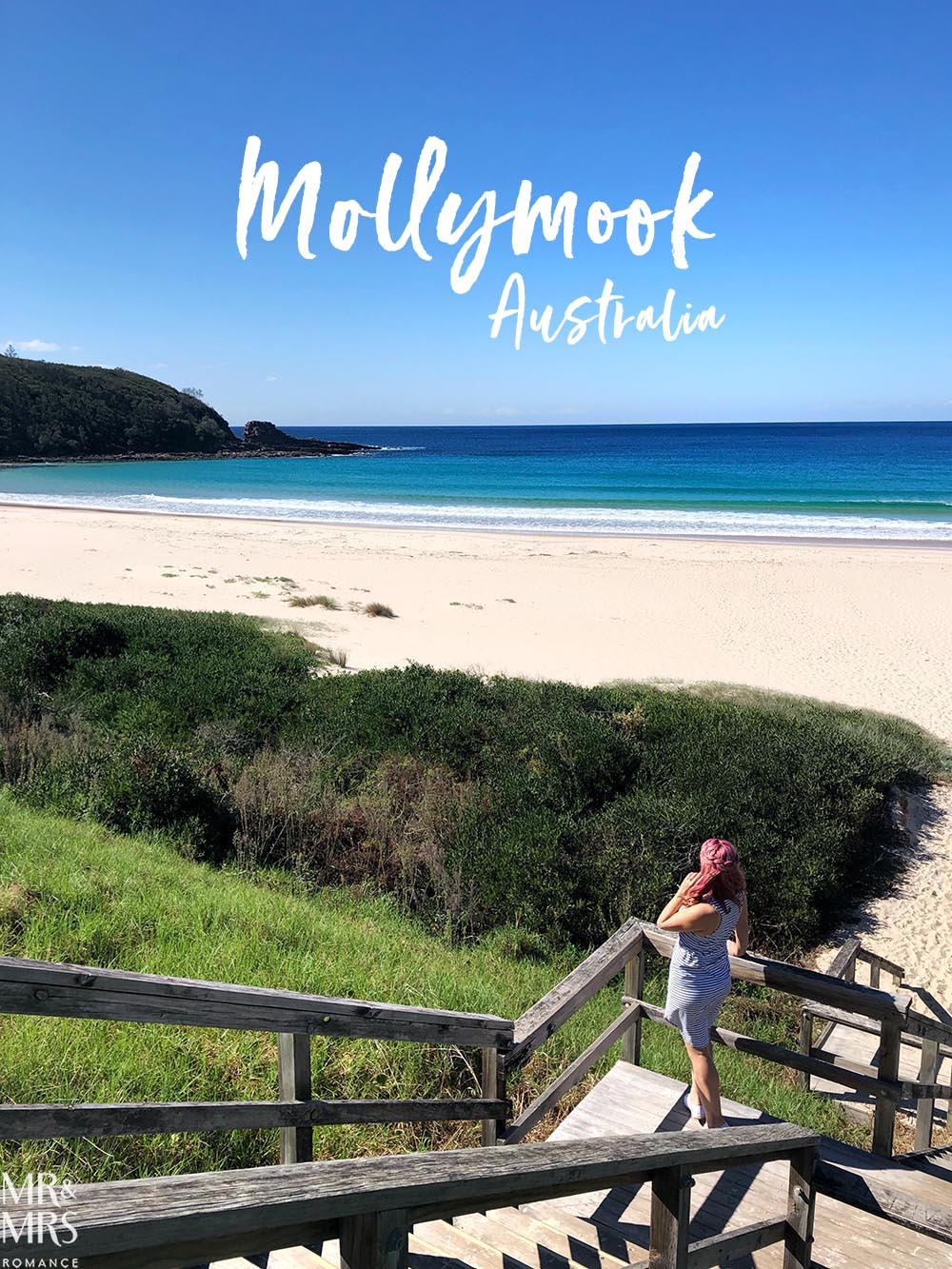 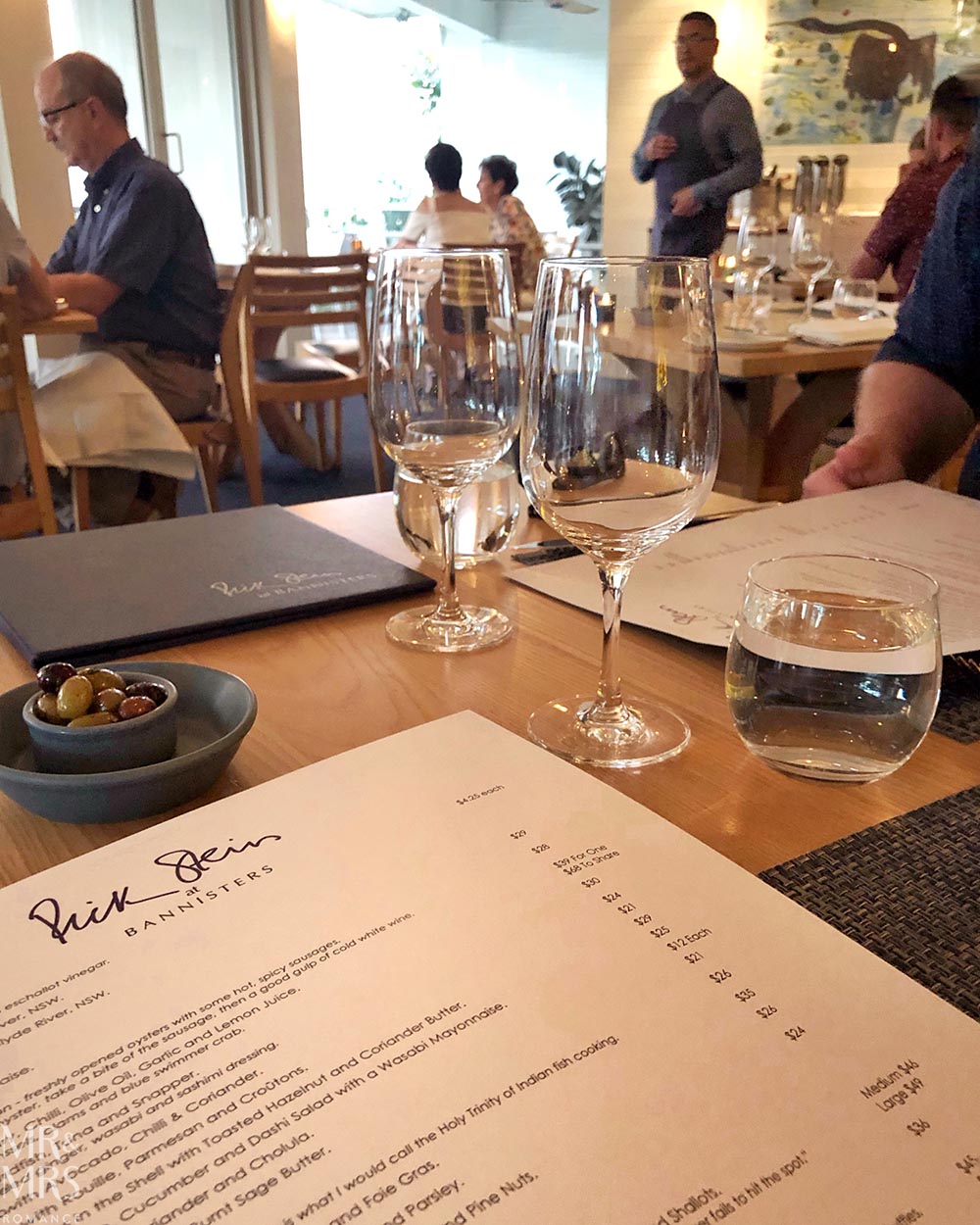 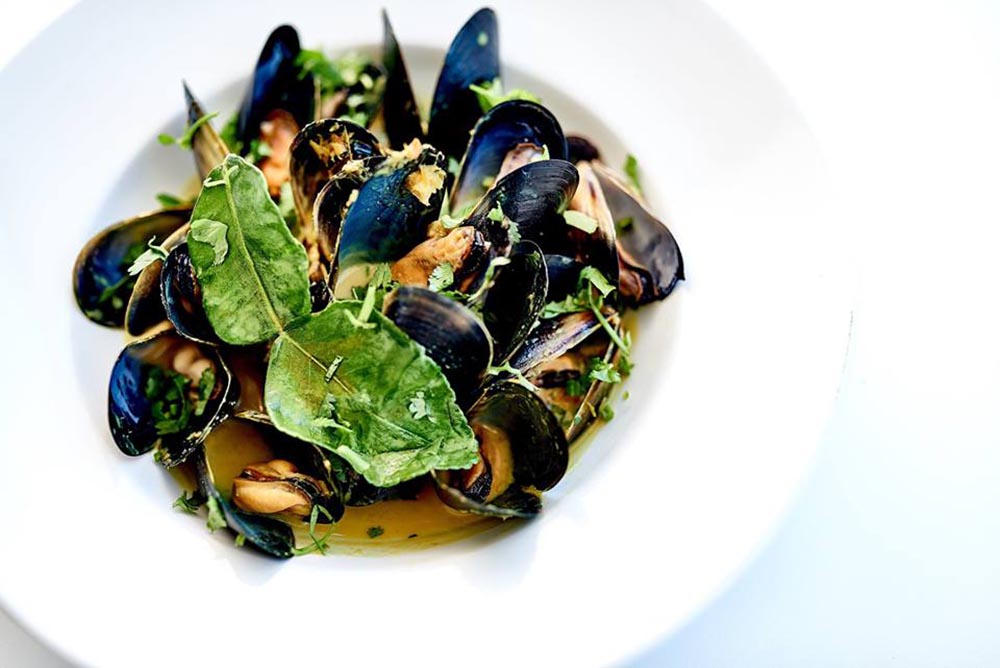 Almost as far north from Sydney as Mollymook is south, Rick Stein’s Port Stephens restaurant opened in 2018. This restaurant is also embedded in a Bannisters hotel – the third in the Bannisters line to open.

In signature Rick Stein style, this restaurant is parked on another spectacular coastline in a part of New South Wales often overlooked by city folk.

Port Stephens and nearby Newcastle also have a thriving fishing industry, which suits Mr Stein right down to his Dover soles.

We’re big fans of Port Stephens and go up there all the time. In fact, we’ve got a lot of stories about the Port Stephens area, like our essential guide. It’s a beautiful part of the world and a perfect fit for this iteration of the Stein-Bannisters duet.

But it seems it doesn’t really matter which Rick Stein restaurant you visit. You’re always guaranteed access to that magic formula of simplicity with skill, generosity, freshness and passion, and most probably a blissful ocean view as well. 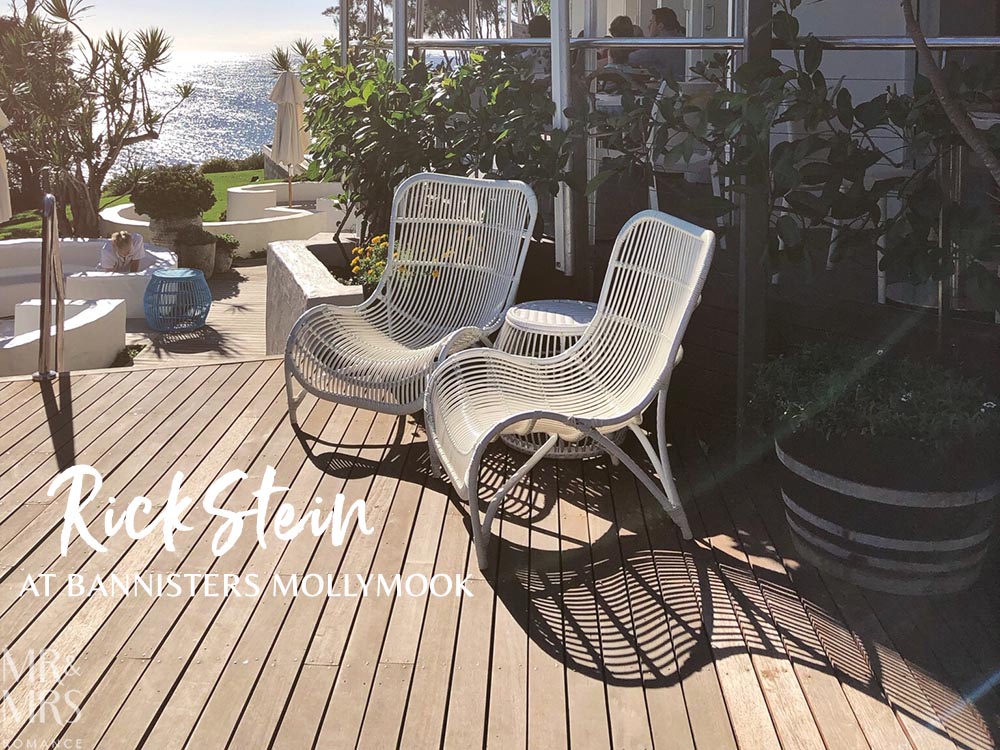 We dined at Rick Stein at Bannisters as guests of Bannisters by the Sea.

A kiss goodbye from Borneo – IG Edition returns from Sabah

This week is a pretty special time of the year for Mrs Romance and myself. Every time 15th September comes around, it signifies another…