Aren’t phobias strange? Totally irrational and uncontrollable but non-the-less intriguing. I met a Taiwanese girl once who was terrified of chickens. Mrs Romance knows an Italian lady who is petrified of cheese. Cheese! And she’s not even dairy intolerant! Clothing buttons are also the source of many people’s phobias. 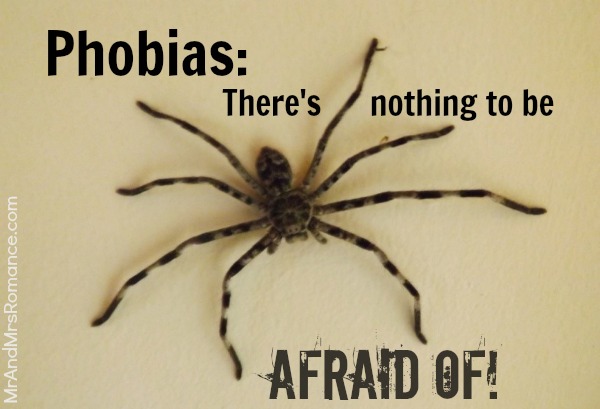 We men don’t have phobias. No, instead, we ‘just don’t like’ things. We’re not really afraid of anything! For me, I ‘just don’t like’ spiders. Not in a run-away-flapping-my-arms-and-screaming way, just in a keep-that-bloody-thing-away-from-me way.

I used to think it was the bigger ones I ‘just didn’t like’. But no, the small ones make my ears pop and my skin crawl.

I’ll still pick one up in a glass to throw it out (as far as I can) though I have to really concentrate not to throw the glass out as well. And I can watch them in their webs and on TV, but woe betide a spider that tries to hitch a ride on me.

Here’s a leaflet they give out to houses in Sydney. It’s supposed to be informative. I just think it’s inflammatory scare-mongering! 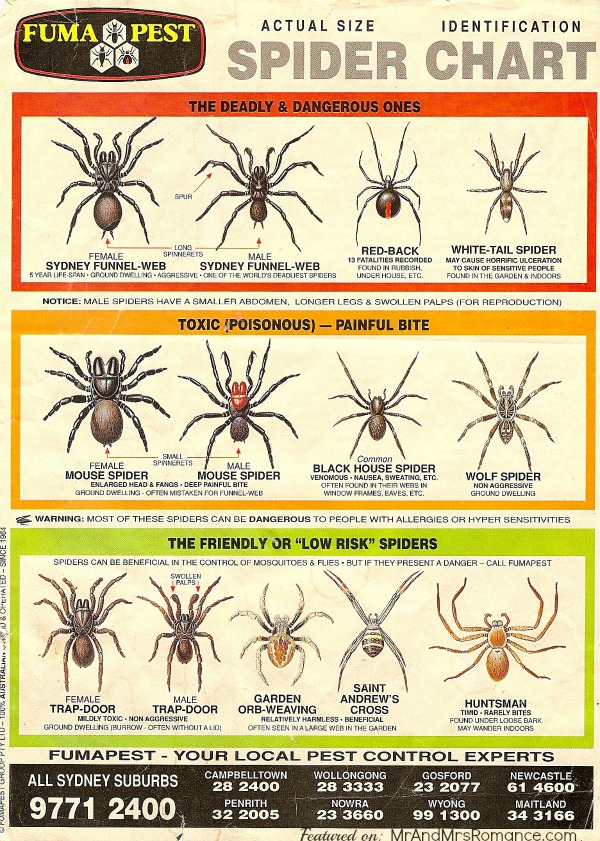 Mrs Romance’s phobia is less rational. At least the things I ‘just don’t like’ have the ability to maim and kill – especially here in Australia. Mrs R has a fear of moths! And it seems there are a number of people out there who just don’t like them.

Spiders, on the other hand, don’t bother her in the slightest, though she did give a little scream the other day when she found a jumping spider hiding under her makeup bag. Though I suppose they do jump…

What is it that you ‘just don’t like’? How do you get rid of an invading creepy-crawly? Tell us in the comments!

Drinking beer on Australia Day is about as Australian as you can get. It’s the best way to celebrate our national day, but that…