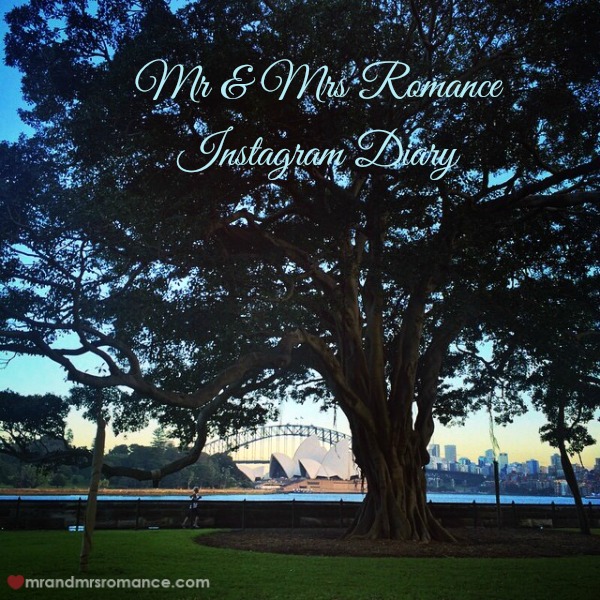 It’s strange not having our friends here. Last week, Mona and Brendan, who live in San Diego, were staying with us. It was a lot of fun but they’ve since headed off on the next part of their trip, which means back to reality for us. 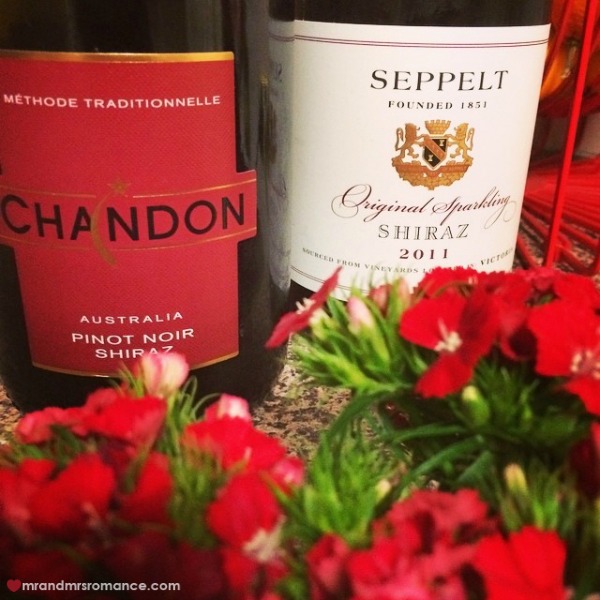 Mona has two favourite drinks: Amoretto sour and sparkling Shiraz. Thankfully she didn’t get to drink all of the stock we got in, so tonight – in tribute to Mona and Brendan of course – we’re cracking one of these to have with dinner! 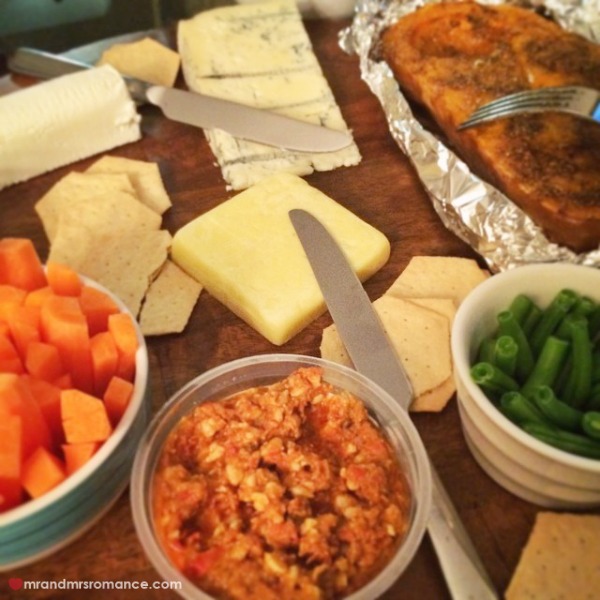 And because neither me nor Mrs Romance felt like cooking this evening, this is dinner: a few cheeses (a sharp cheddar, a chevre and Gorgonzola dolce), a capsicum and pine nut dip, and Mrs R’s favourite at the moment, a deconstructed butternut pumpkin salad. The recipe for this is by Beth from Baby Mac and it’s delicious. 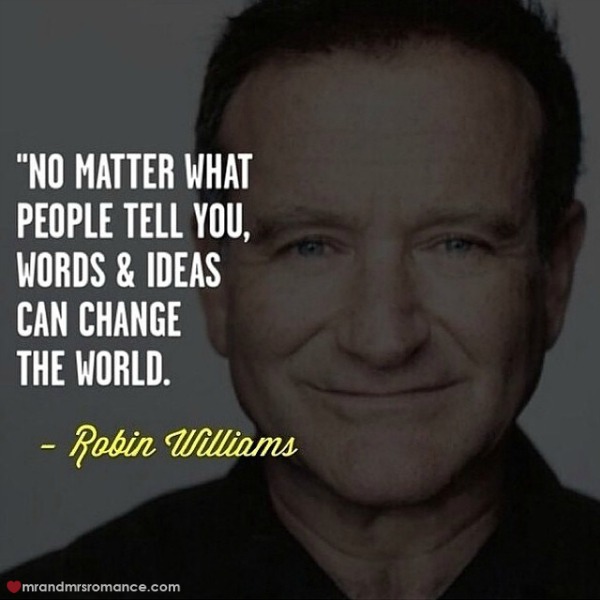 We woke up this morning to the saddest news. Robin Williams, the brightest star of the silver screen passed away. We can’t believe it. The film industry and the world as a whole is a gloomier place now. Rest in peace, Mr Williams. 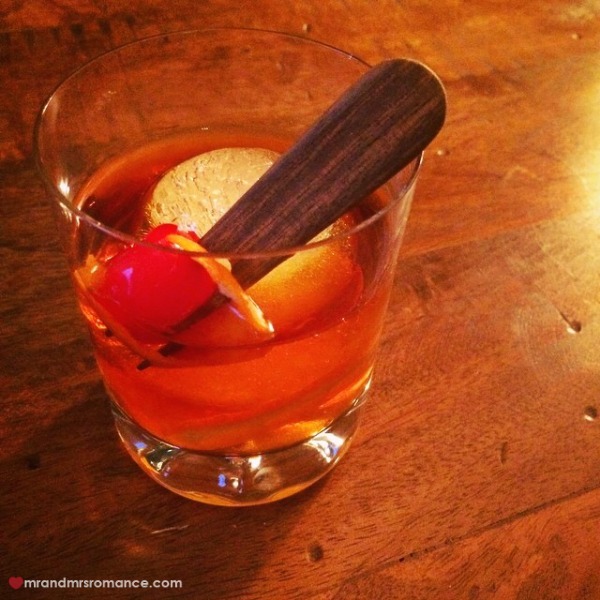 One of my mates has just come back from an amazing three-week trip to Europe. He left me a set of keys just in case something went wrong with his apartment. It didn’t, but as a thank-you-anyway, he very generously brought me back a bottle of 12 year old Canadian Club whisky. It’s surprisingly smooth and makes a pretty much perfect Old Fashioned.

Meanwhile, Mrs Romance is tucking into a martini made with the gin Mona and Brendan brought over for her. It’s called Old Grove and it’s by Ballast Point, a local craft distiller in San Diego. Really lovely stuff! 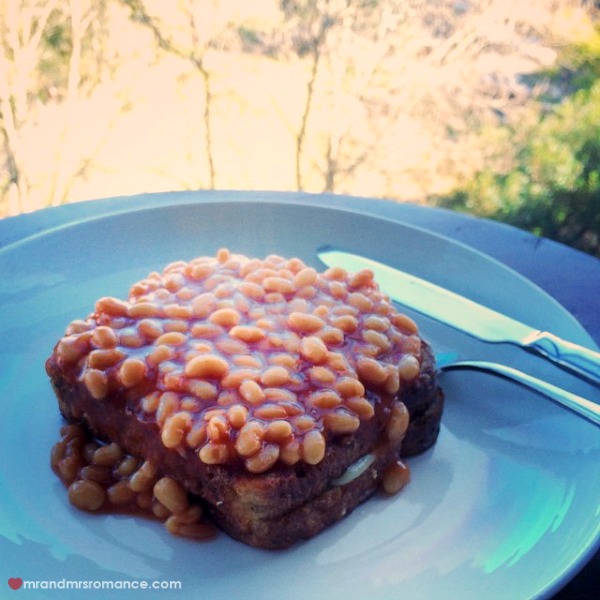 I’ve been left to my own devices today, so as usual, I haven’t had lunch until now: about 2:30pm. Rather than go out, I’ve decided to knock together an old family dish my mum created when I was young and we were poor. We didn’t have anything in the house apart from eggs, bread, cheese and beans.

She put it together in the form of a French toast cheese sandwich with beans on top. She let me name it too: The Sylvester. I had a dairy allergy when I was a kid, so my mum adapted the Sylvester; instead of cheese, she used ham. We called that the Tweety Pie… yeah, I was kinda into cartoons when I was a kid!

Anyway, it’s delicious and every forkful takes me right back to my childhood. Funny how food can do that, isn’t it? 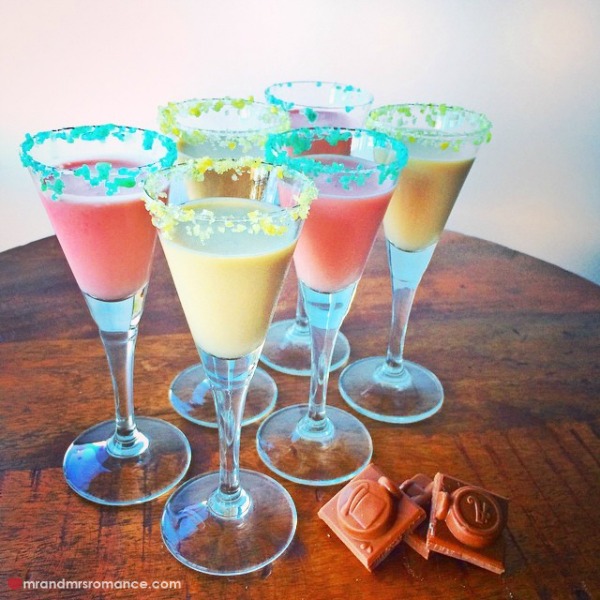 Here we have our latest blogger cocktail. In fact, we’ve made two variations this time. We’ve dedicated this creation to Steph from Lipstick and Cake – it was partly her idea after all!

These are the Popping Candy Cocktails, and came to Steph in a flash while she was inventing new Wonka chocolate bar toppings with Mrs Romance.

Both are delicious and lots of fun too, with the popping candy crackling on your tongue and down your throat while you enjoy the drinks themselves. They’re a really great alternative to a dinner party dessert. 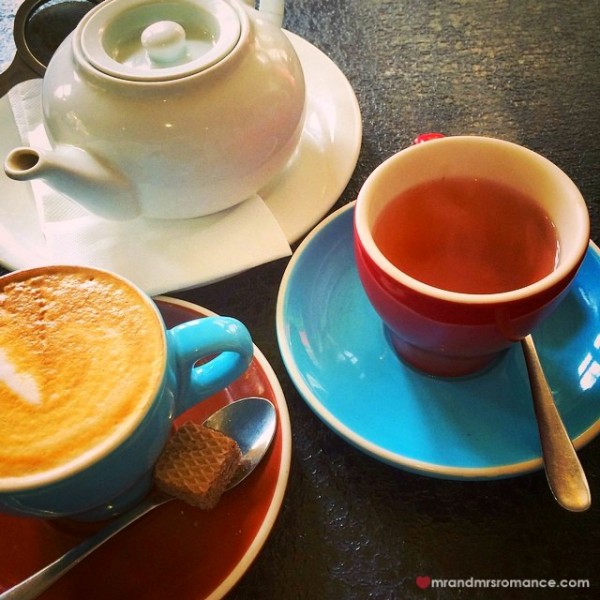 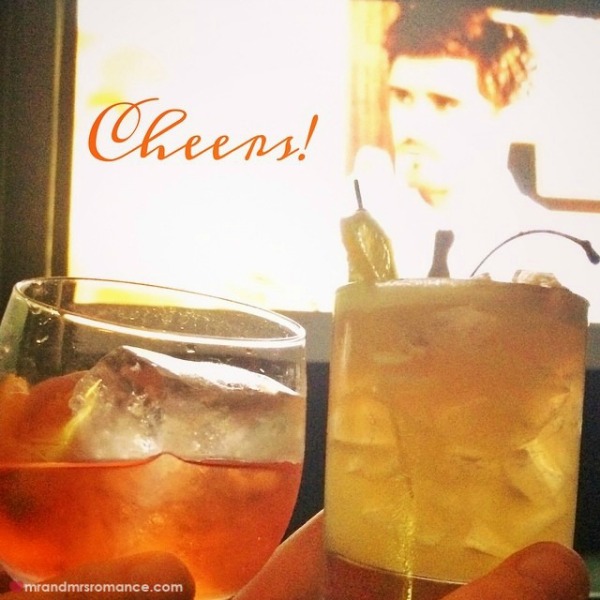 This has been a surprisingly constructive productive Saturday for once. And it’s ending looks like being even better. We’re at the Golden Age Cinema and Bar in Surry Hills tonight. We like this place because they’ve got a proper bar here, you can take your drinks to the screen and they show absolute classics too.

Tonight I’m having the rye sour (right) and Mrs R has gone for the negroni (left, with the massive iceberg in it). And we’re both here to watch what turns out to be (unintentionally) one of the funniest James Bond films in the franchise: Goldfinger.

The crowd at the Golden Age is completely different to that of most cinemas. Everyone’s got a drink in their hand, we’re all there for a laugh. It’s the only cinema I’ve ever been to where I don’t start blowing fuses when people talk during the film. Somehow it doesn’t seem to matter here (cocktails helping?). Also, when there’s dialogue, everyone shuts up to listen.

Great stuff – here’s our review of the Golden Age Cinema and Bar! 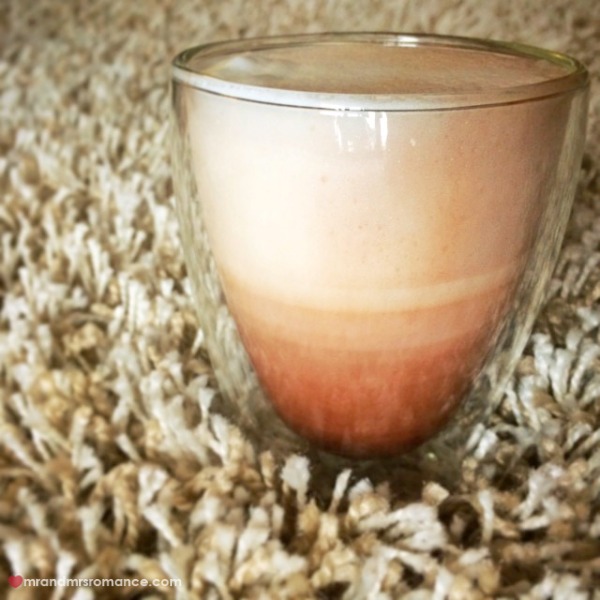 Today, we’re using a wintery Sunday for what it’s supposed to be for: rugging up, drinking hot chocolate and getting a bit of blogging done. And watching old faves on the TV. Just finished Bedknobs and Broomsticks and about to start The Princess Bride!

The only way to waste a good weekend!

What food takes you right back to your childhood? Who’s your favourite Bond? What’s your classic movie of choice when you’re tucked up at home? Tell us in the comments… and have a lovely week!

Day 8 of our 30 Cocktails in 30 Days Challenge: the Daiquiri It’s funny – we put off making this cocktail for as long…