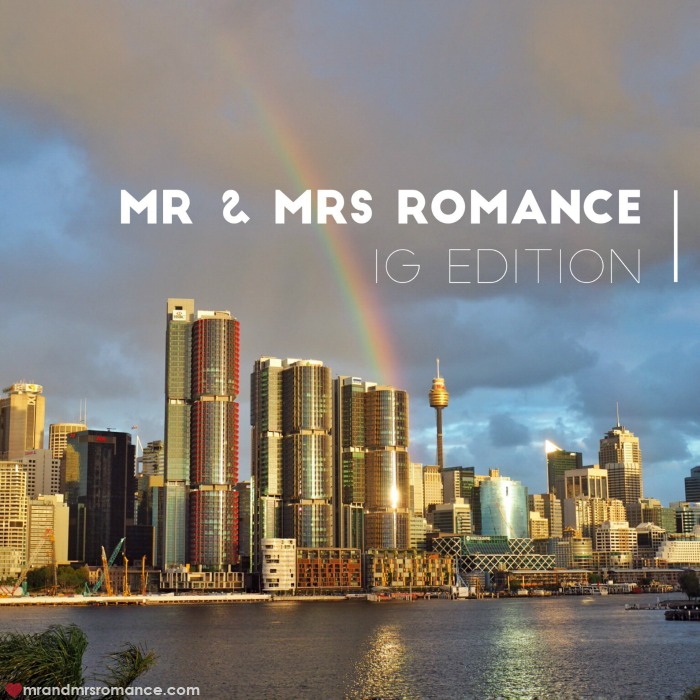 As our trip to Okinawa, Japan finished and we arrived home – almost as the zips on our suitcases opened to unpack – those good ol’ post-travel blues welled up in us.

In my experience, the best way to fix those post-travel blues is quite simple: book another trip.

I’d barely finished putting my luggage away when Mrs Romance announced our flights were booked for Europe! So that’s that. We’re heading back to the old country – but not until May. We’ll keep you posted on our plans for that.

As a result of the come-down from Japan and the excitement of our upcoming European jaunt, this week’s been reasonably quiet… but I won’t spoil it for you.

PS – I forgot to mention it was our 8th wedding anniversary last week too. We celebrated by doing our first ever Facebook Live video
! We did a live tasting of the new Glenfiddich IPA experimental whisky, which is actually awesome.

Here’s the link to the video! 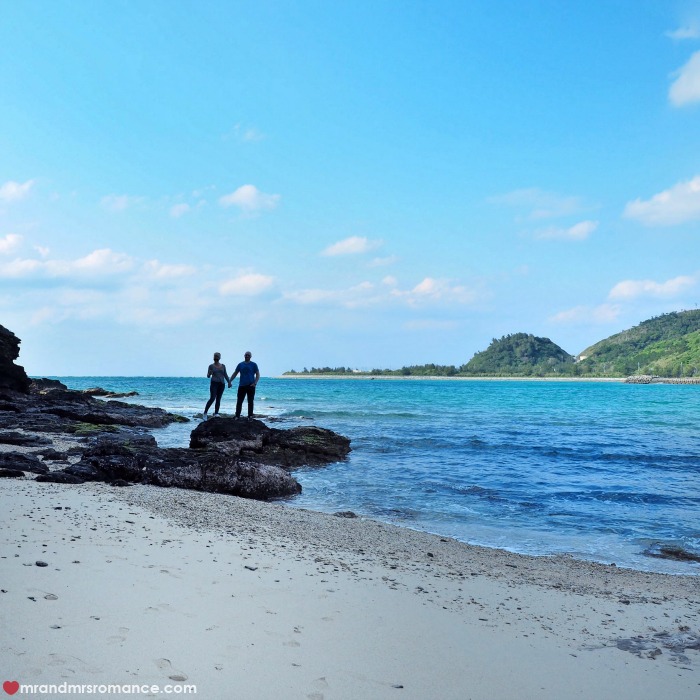 As we explore more of Okinawa, we discover this cool place: Miyagi Island! Wax on, wax off!

No sign of Mr Miyagi or anyone doing the Crane… in fact we haven’t seen anyone the whole time we’ve been here! 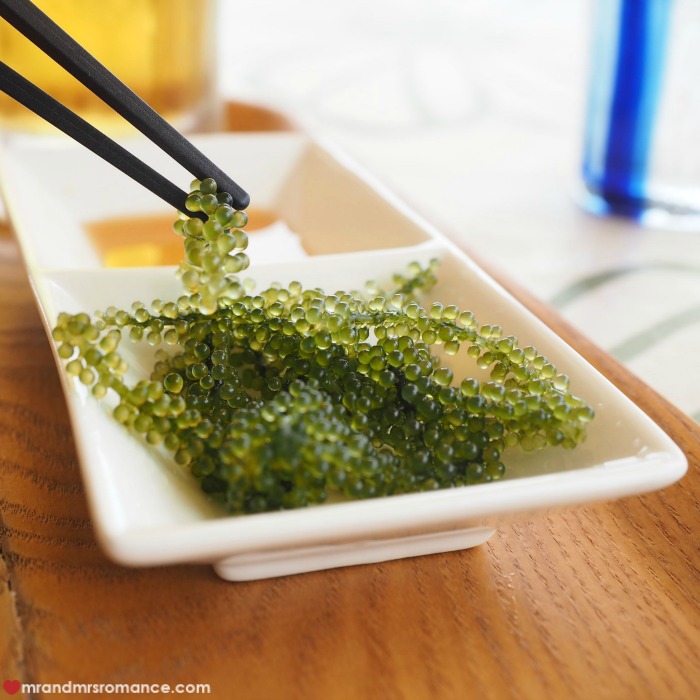 These are an Okinawan delicacy they call ‘umi-budo’ and they’re delicious.

It’s actually seaweed made of thousands of little pearl-like balls. They pop as you bite them so it feels like you’re eating something crunchy. At the same time you get this amazing creamy texture as you chew.

Dip them in a little soy-vinegar and you’re in heaven. Okinawans like to eat this as a kind of beer snack and you find it in lots of izakaya here.

You can also find this stuff in the Philippines, which is another excuse to go there too! 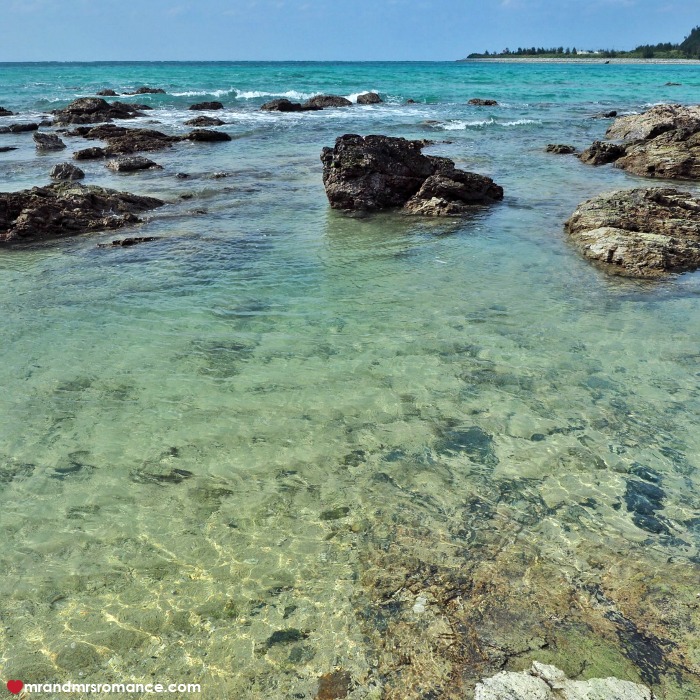 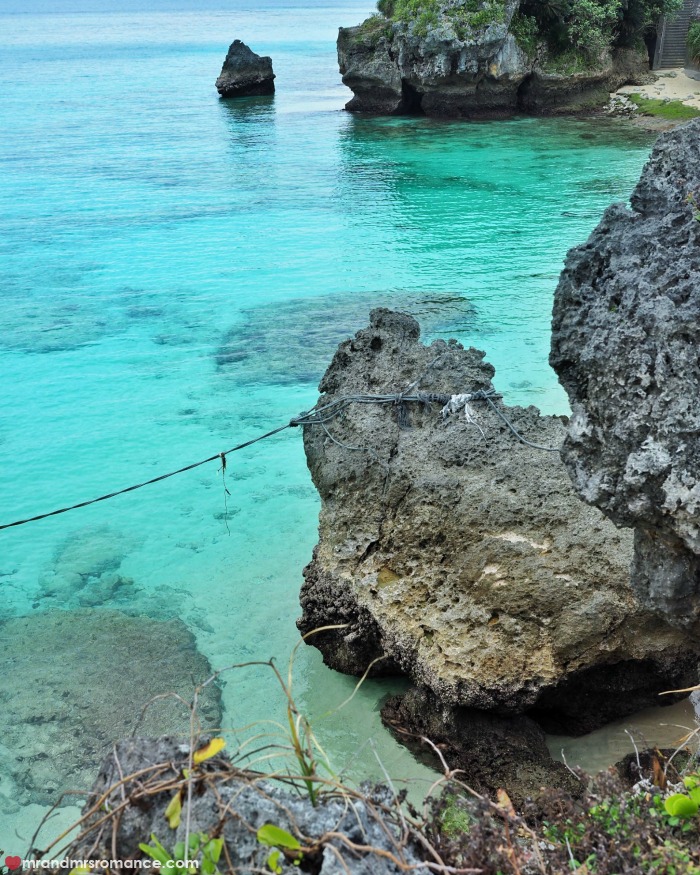 We’re still amazed with the colour of the water here in Okinawa. It’s not just how clear it is – this is in a pretty busy little part of the island too – it’s also how blue it is.

Fortunately or unfortunately depending on how you look at it, if the weather were a bit warmer I’d be jumping straight in here like a dog! Don’t think our car hire company would thank us for that though – we didn’t bring any towels! 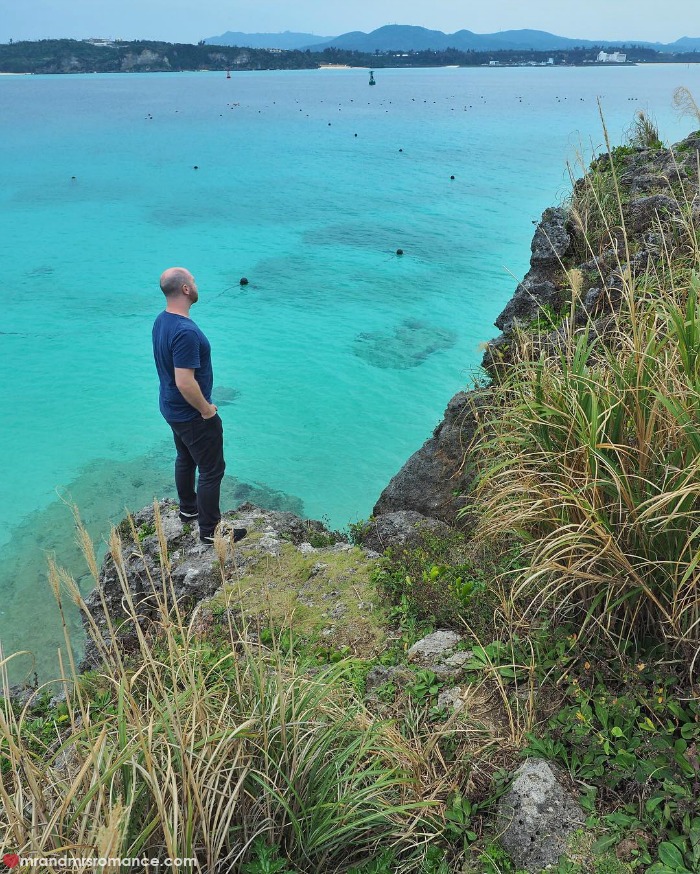 Mrs Romance has captured me in one of my classic ‘rock idol’ poses. Lol. I’m actually just captivated by the coastline of Okinawa. It really wasn’t what I’d been expecting. This place is so different to everything else you find in Japan.

By the way, I mentioned on Instagram when we published this shot that this is a hangover from my days as a leading cliff and rock model. The response to my silly joke was mixed… as in some people actually thought I was being serious! 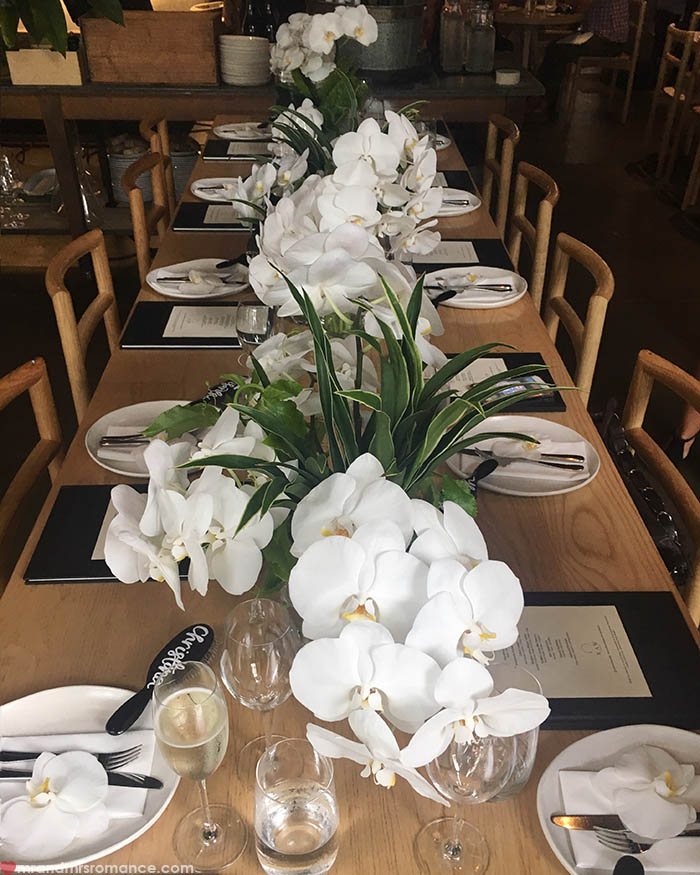 Our good friend Anthony Nader is celebrating the 20th anniversary of his salon Raw this week. Mrs Romance is with him at a special lunch with a small group of beauty media at Nomad in Surry Hills.

Over the years Anthony has won countless awards but an incredible sign of his success is that he still retains clients from his first year of business. 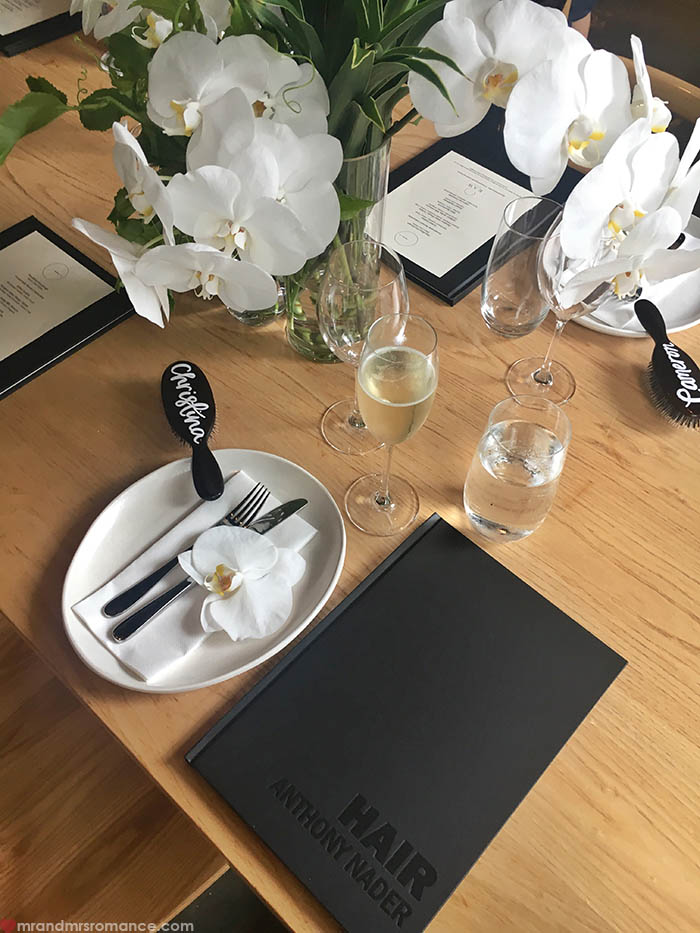 Anthony has also released an extremely limited edition print book. There are only 100 copies and you can’t buy them anywhere – so you’ll have to take it from Mrs Romance – it’s a beautiful book!

The table setting includes a personalised Mason Pearson hairbrush to be the place setting and the most incredible orchids too. 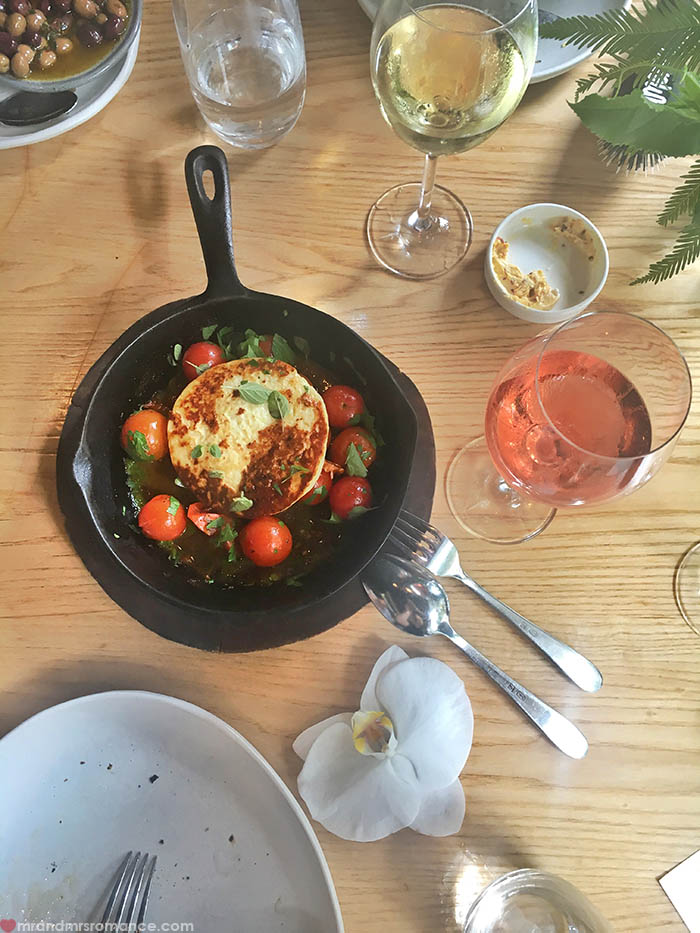 Mrs Romance always teases me about going to Nomad. For some reason she’s been there loads of times but I haven’t made it there yet.

Sorry to tease you and me both with food pics, but everything at Nomad is delicious. Mrs R promises to take me there very soon – we’ll see.

This haloumi is so good and this dessert was almost too pretty to eat, Almost. 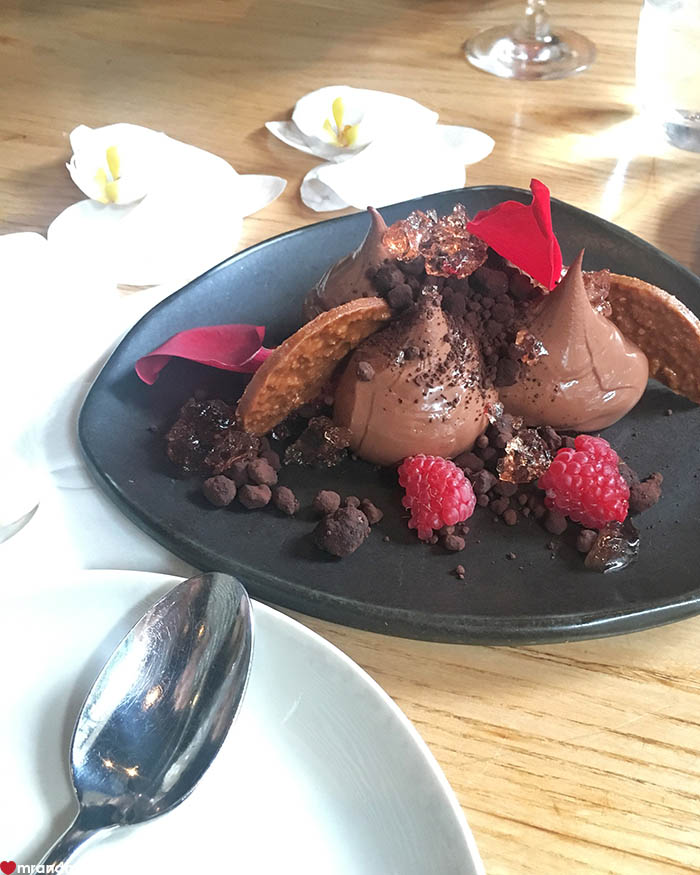 The good thing with beauty events is that most editors leave early and rarely eat dessert anyway. Not Mrs Romance! I knew I married her for a reason. 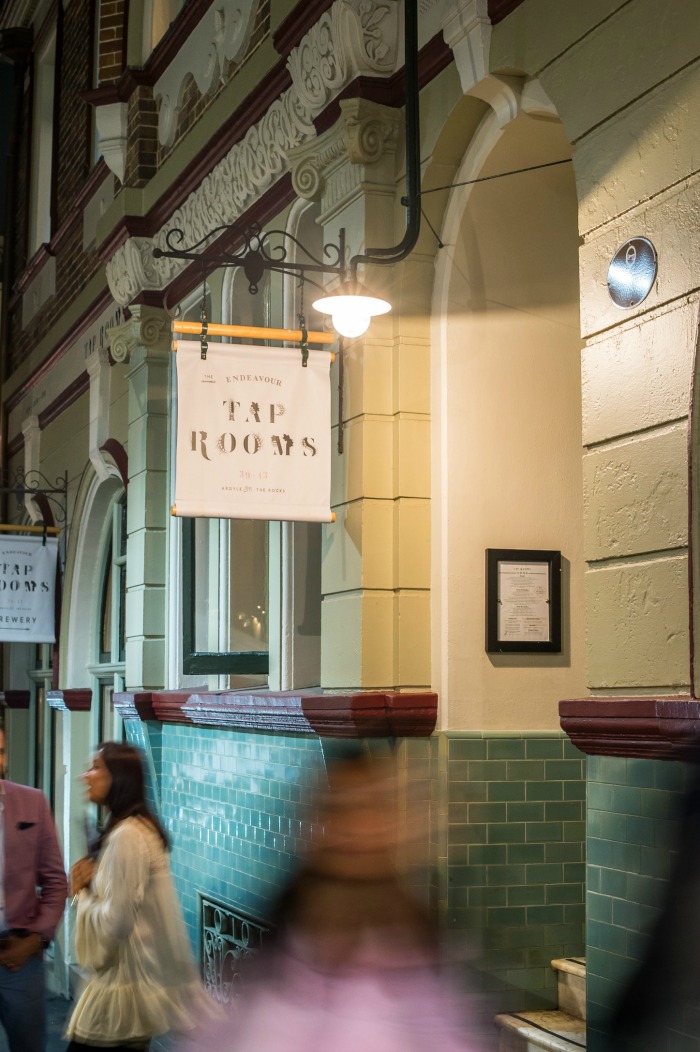 This evening we’ve been invited to the launch of the latest city brewery to open its doors in Sydney. The Endeavour Tap Rooms is right in the heart of The Rocks – the oldest part of modern Sydney where the First Fleet set up shop.

The Endeavour Tap Rooms has an 8-beer tap with most of their brews available. The rest of their beers you can get in bottles too. Downstairs is the brewery proper where they actually make some of the beers onsite.

There’s also a lounge area upstairs that’d be ideal for functions. The ground floor has more of an old-style pub which I can see myself enjoying a lot more in the near future. 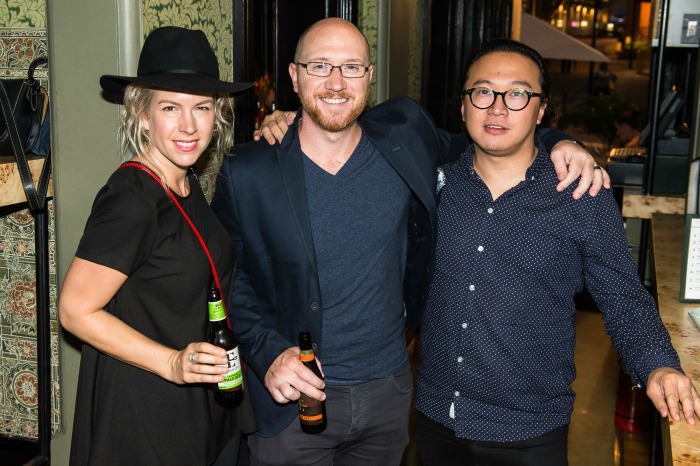 It’s always good to run into old friends at things like this. We’ve known Bob from The Jugernauts for ages. He’s always good for a chat and some great recommendations on the latest place for a good Sydney swig or swill. 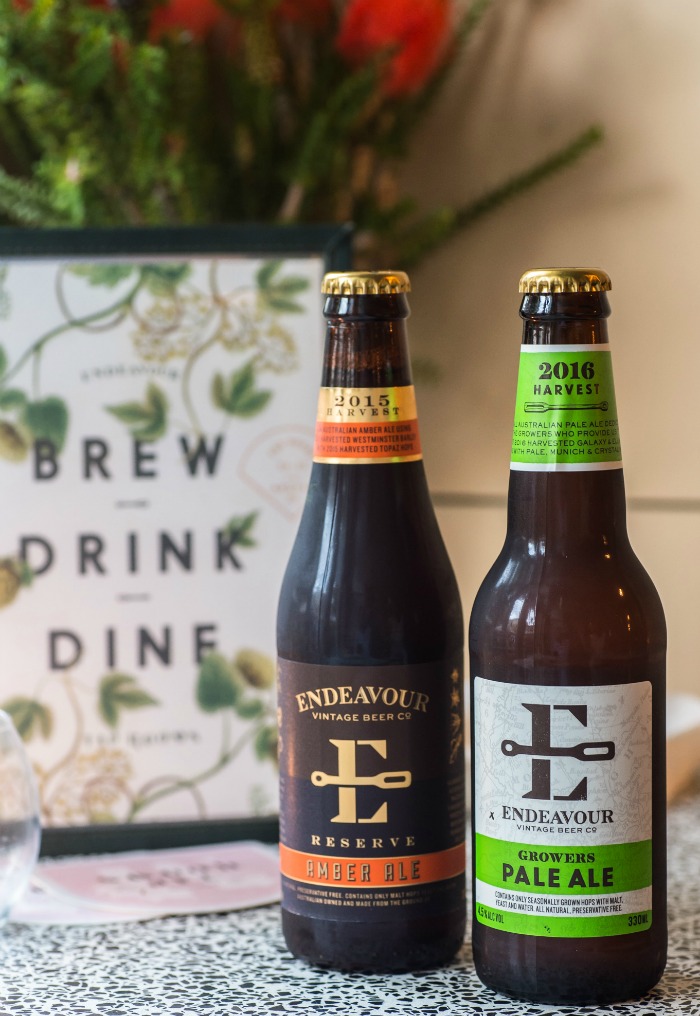 I’ve liked Endeavour beer for quite some time actually. Their Pale Ale is excellent – very drinkable – but their Imperial Pale Ale is probably my favourite of their regular line – it’s full of flavour and body.

We’ve written about these guys before in fact. A while back we wrote a round-up of easily accessible craft beers from Australia. Their Reserve Pale Ale is excellent.

If you’re looking for a cool new spot in Sydney for a good beer, make sure you get in the Tap Rooms.

Well, that’s all from this week’s IG Edition. We hope you’ve enjoyed it. The next one will be with you next Monday bright and early!

A weekend away from the fast pace business end of Sydney’s CBD doesn’t have to mean a long drive out to the country. We’ve…