Puffy, crunchy, chewy naan is the best accompaniment to a spicy Indian feast you can get. And this easy naan bread recipe lets you have that experience at home – no giant tandoor or lots of ingredients needed. 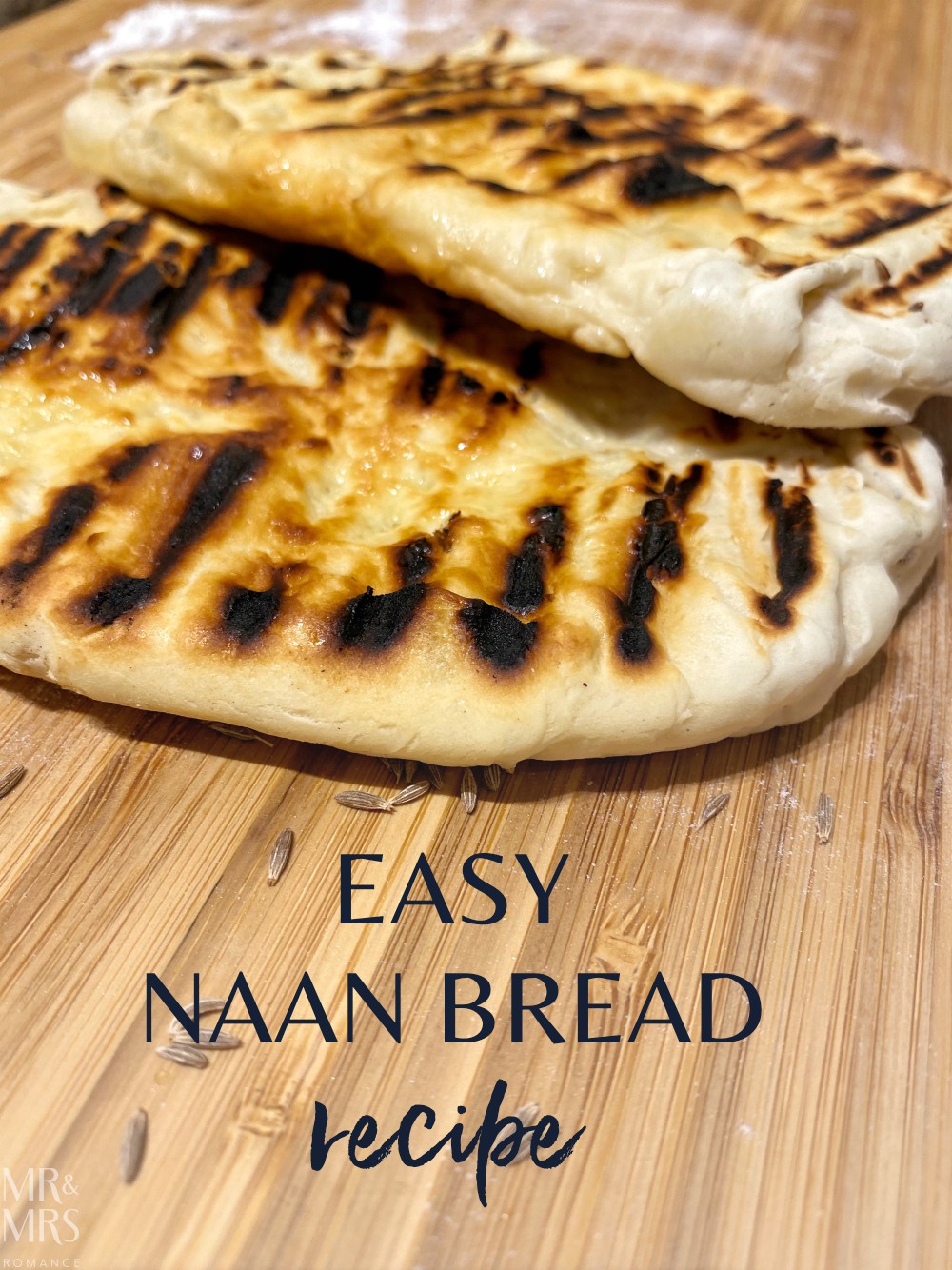 I’ve always been jealous of my mate Paul. He once told me a story about a curry he had in the north of England where the Indian restaurant did a giant naan.

They called it a naan tree and it came out on a huge stand and was about the size of your torso.

Carefully crafting dough, gently handling it, kneading it, resting it, baking it… only for it to come out as hard little round discs, almost inedible. Christina would smile and bravely snap a piece off to have with her dinner leaving me to glower at them wondering what I’d done wrong. 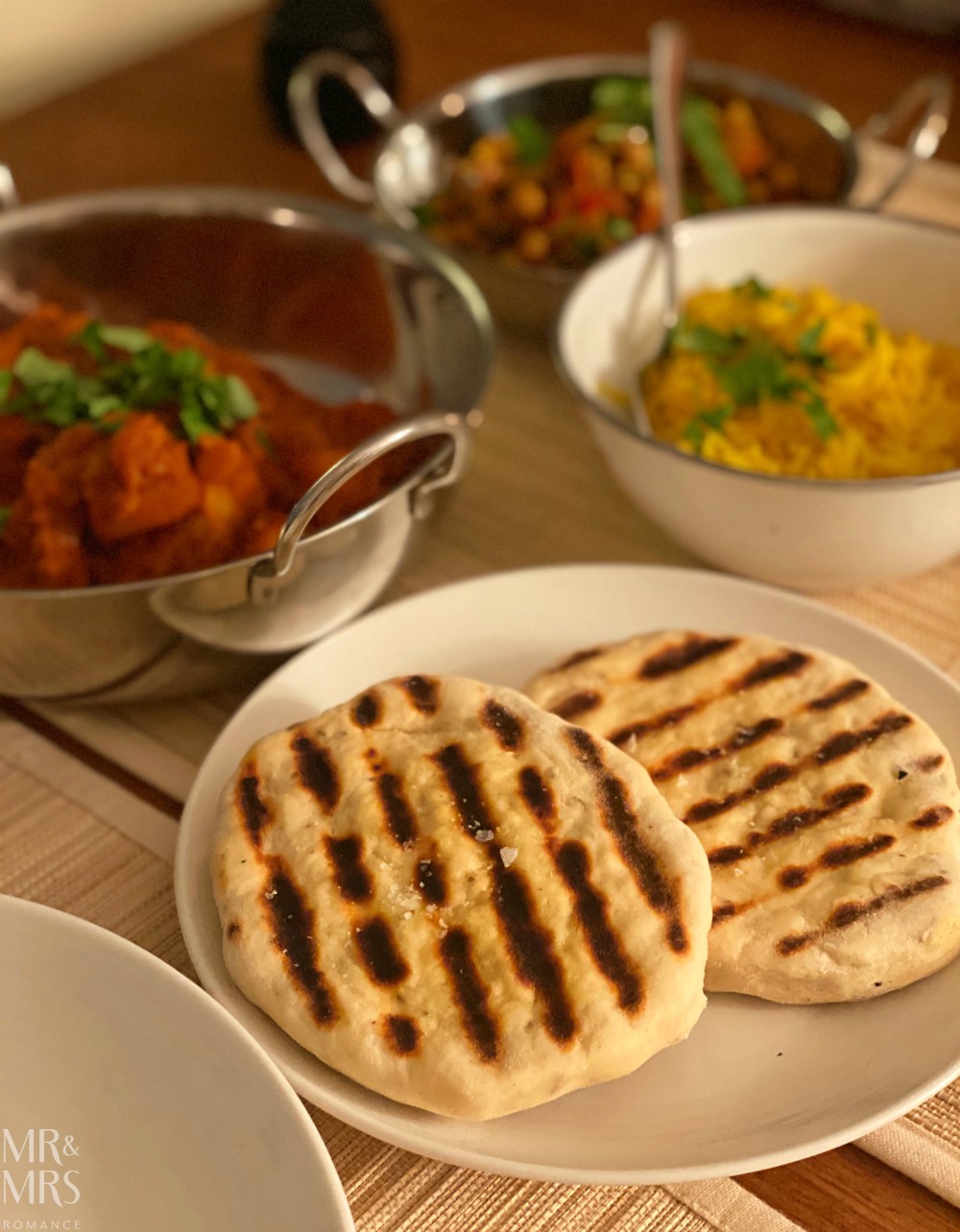 With all these defeats, it was with some trepidation that I decided to step once again into the naan breach and give a new recipe I’d found a go.

And you know what?

This time it worked. 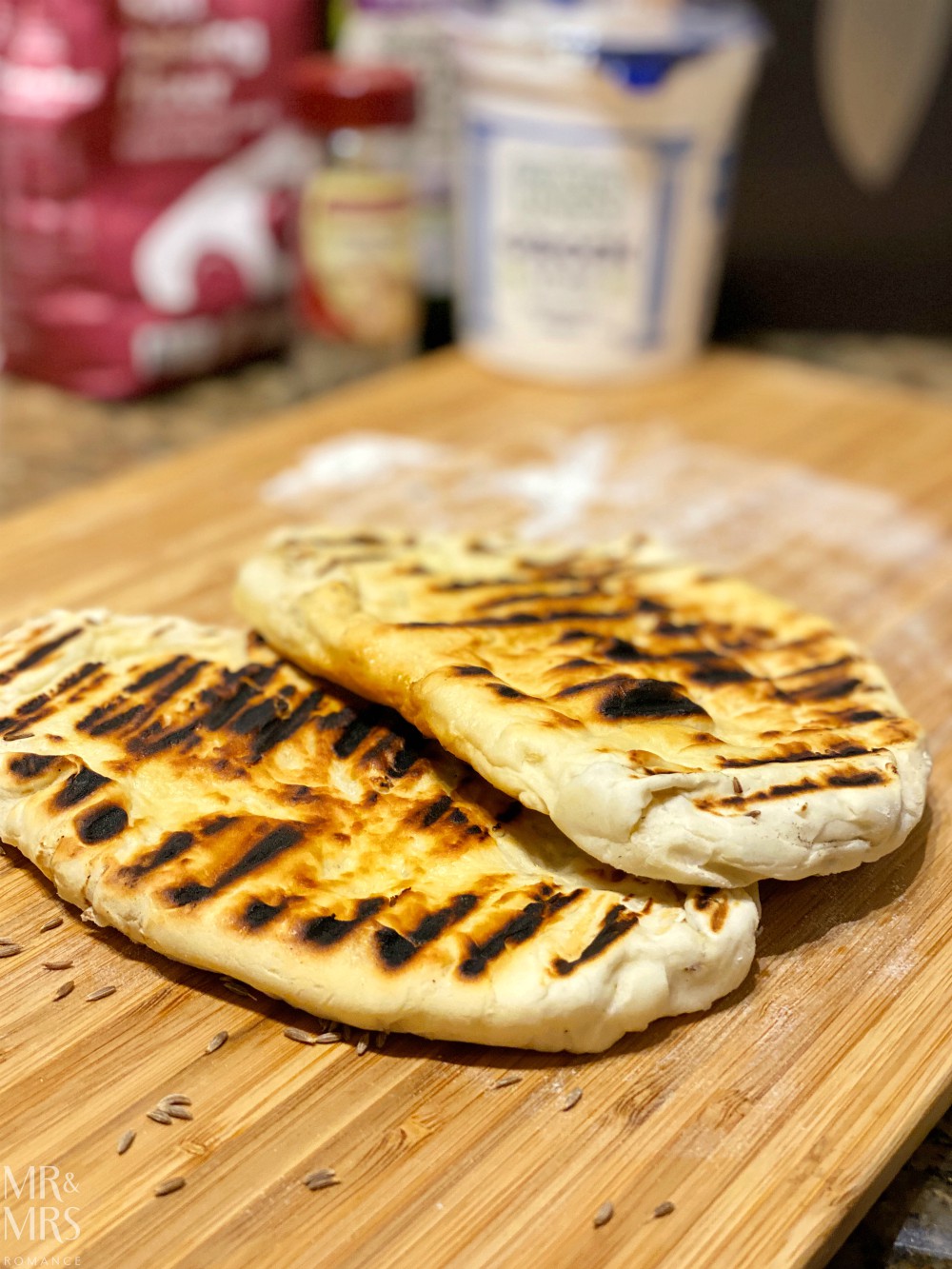 Traditionally, naan bread is baked in a clay bowl-shaped oven – a bit like a pizza oven I guess – where temperatures can ready around 450°C. This is a tandoor, hence what gives tandoori dishes their particular flavour.

The dough is stuck to the roof of the tandoor oven where it bakes quite quickly and falls off when it’s cooked.

Thankfully, this recipe doesn’t require a tandoor or even a regular oven. I’ve found the best option is a gas barbecue, though my cask iron skillet does a great job too.

You might need to add a dash of water to the mix if it’s not holding together well. It depends how much liquid is in your yoghurt.

To make 10 small naan or five bigger ones, increase the measurements to: 1. Mix yoghurt (and water) with the flour and combine with a fork, then squish together with your hands to form a dough.

2. Cover and leave for about 15-20 mins to autolyse – this is the process of allowing the liquids in the yoghurt to absorb into the flour, which makes for a smoother, more elastic dough.

I use this method in my regular bread recipe too.

3. Turn dough onto a floured surface and knead until the dough is smooth and there are no lumps. 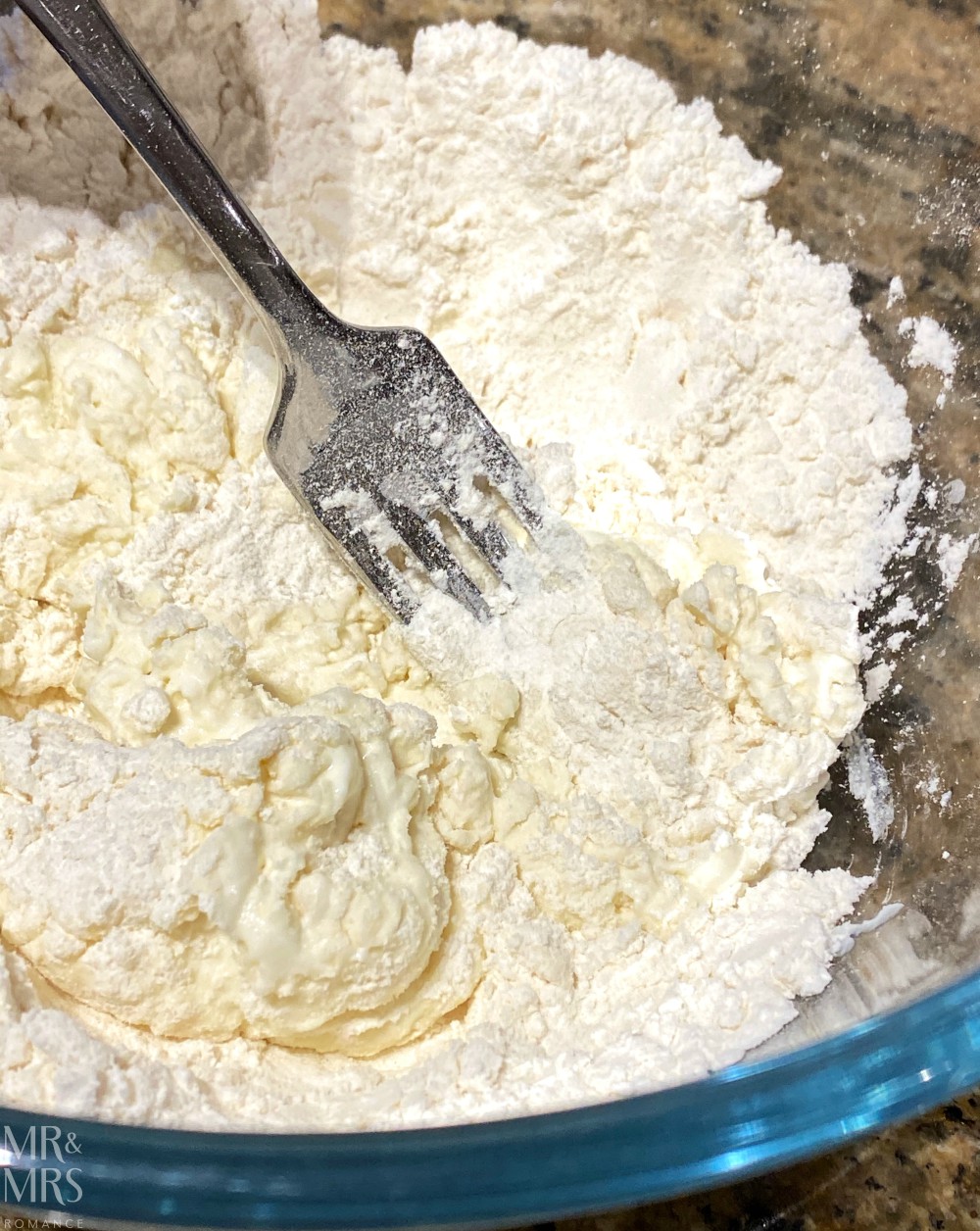 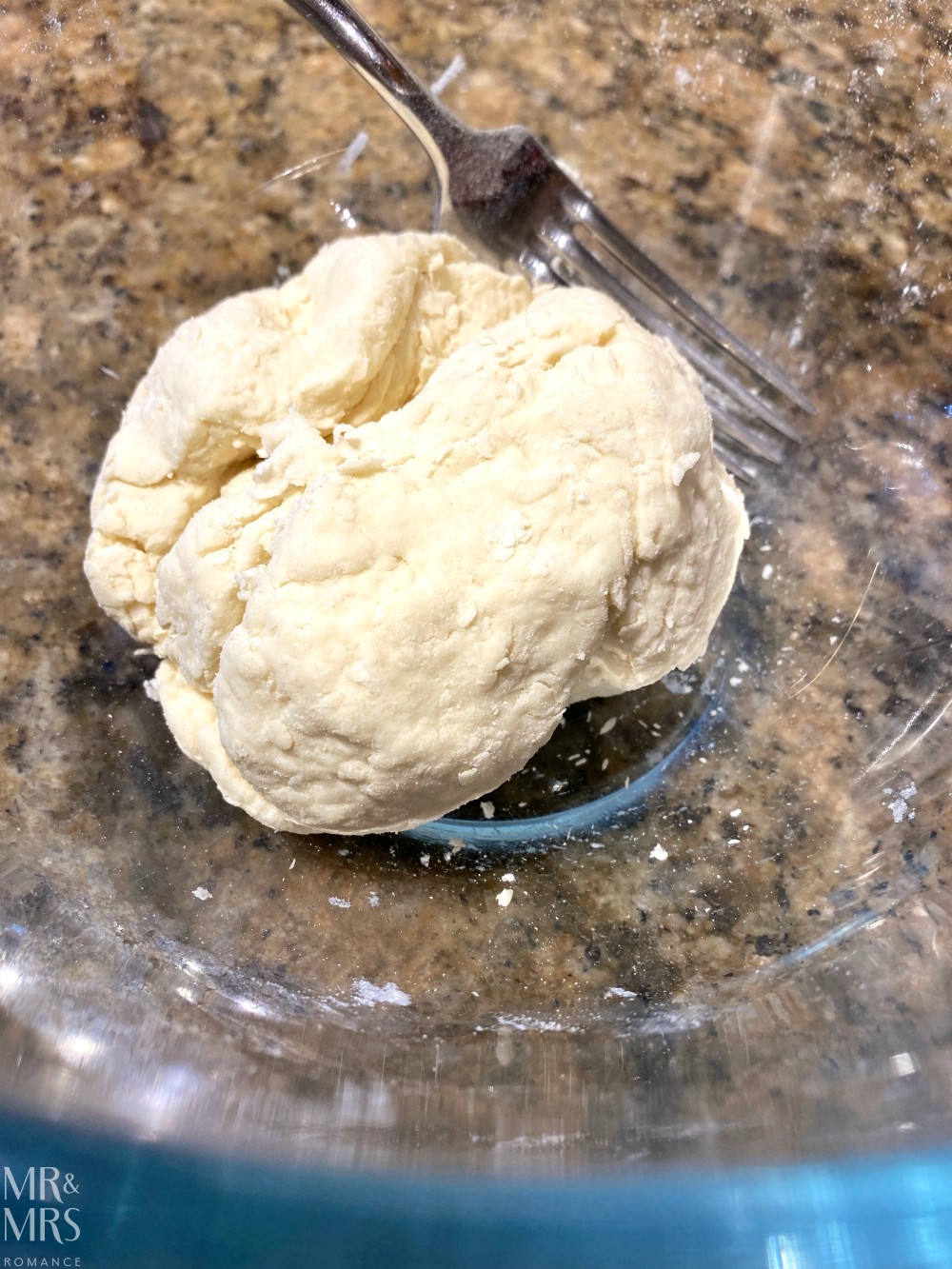 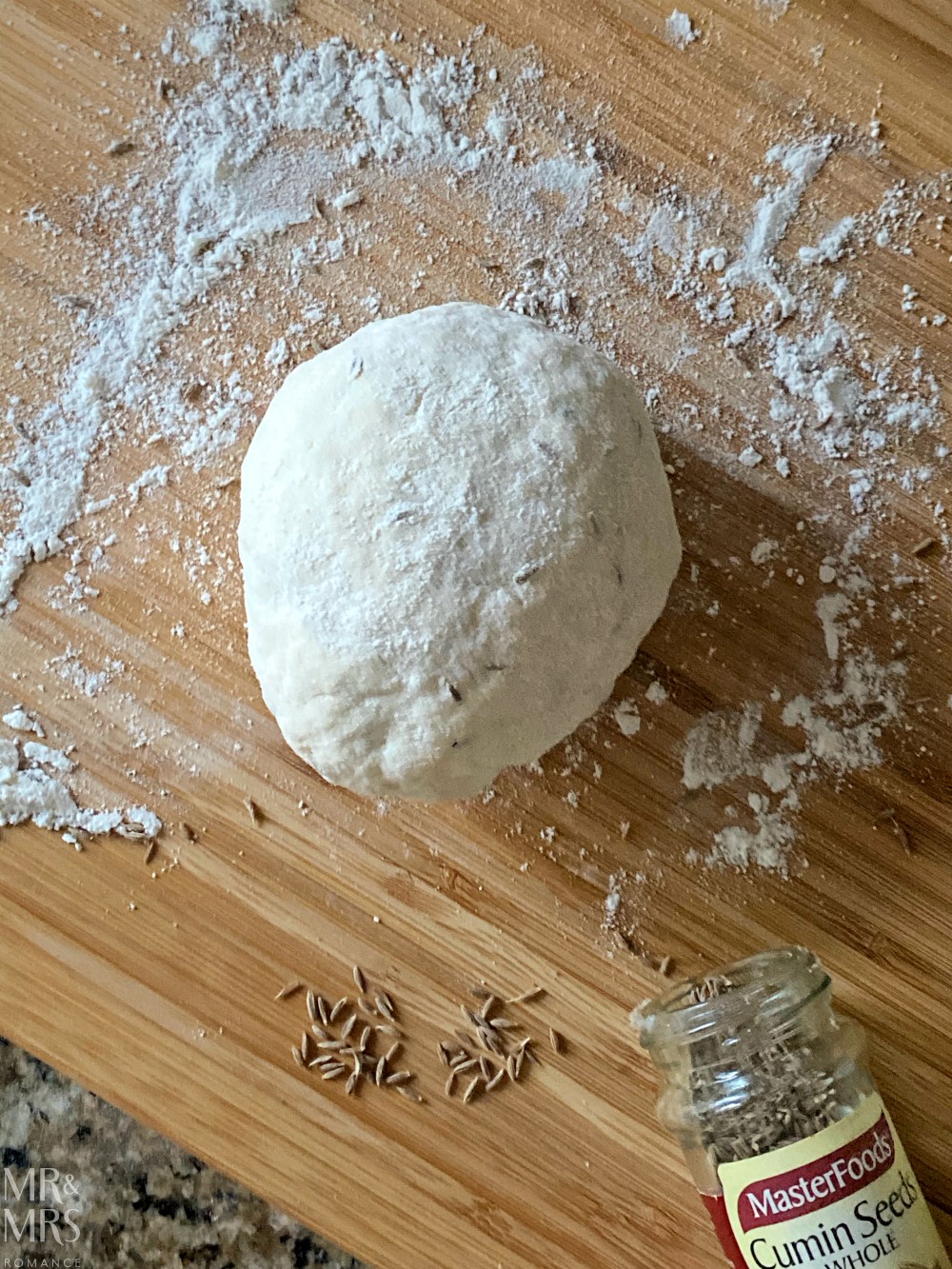 4. divide into equal pieces, then flatten, stretch and shape with your hands bearing in mind these breads will puff up as they cook.

5. Heat your barbecue, griddle or skillet quite high then cook the breads for about 4 mins each side. Sprinkle with a little coriander or salt and serve. 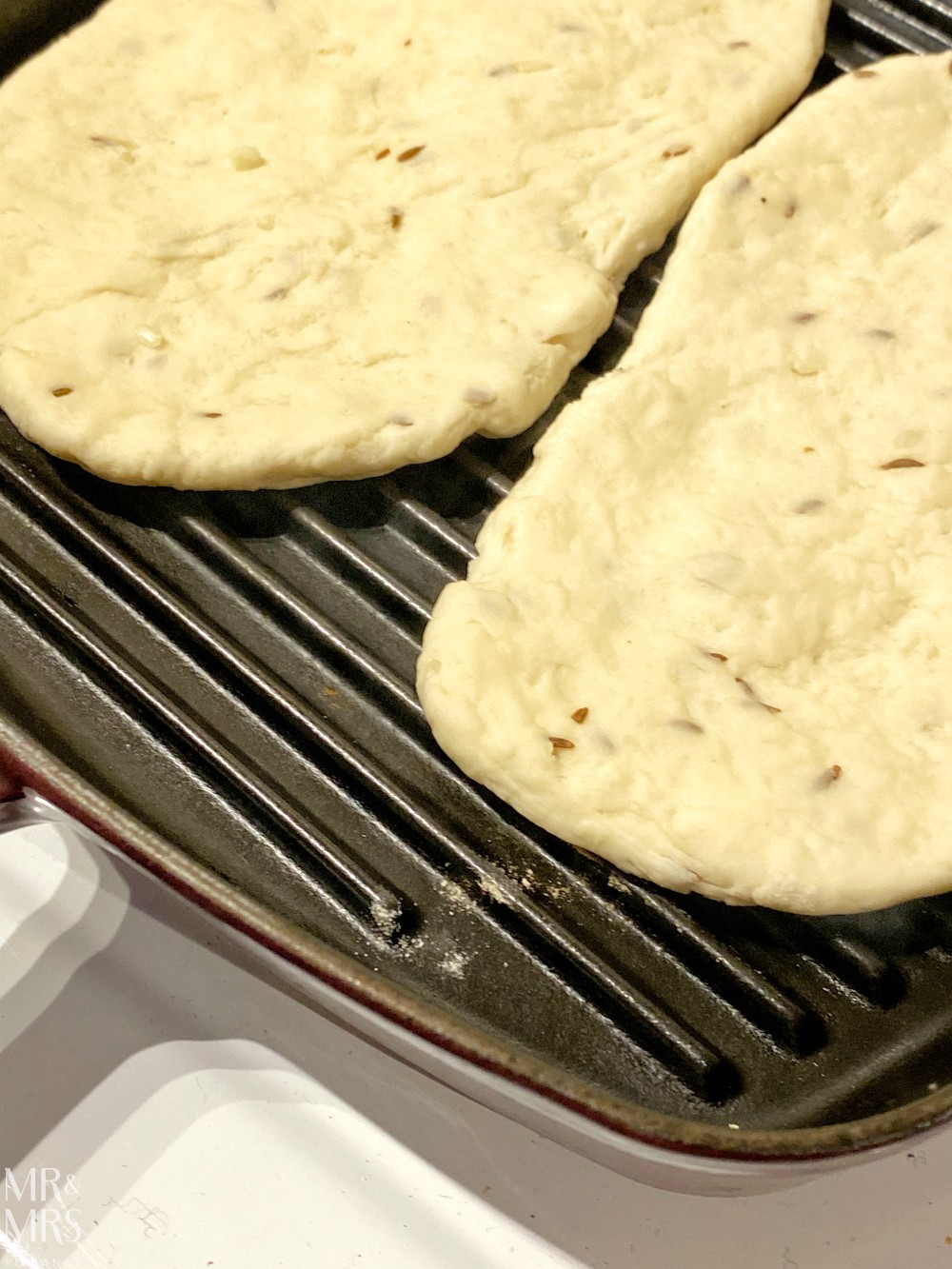 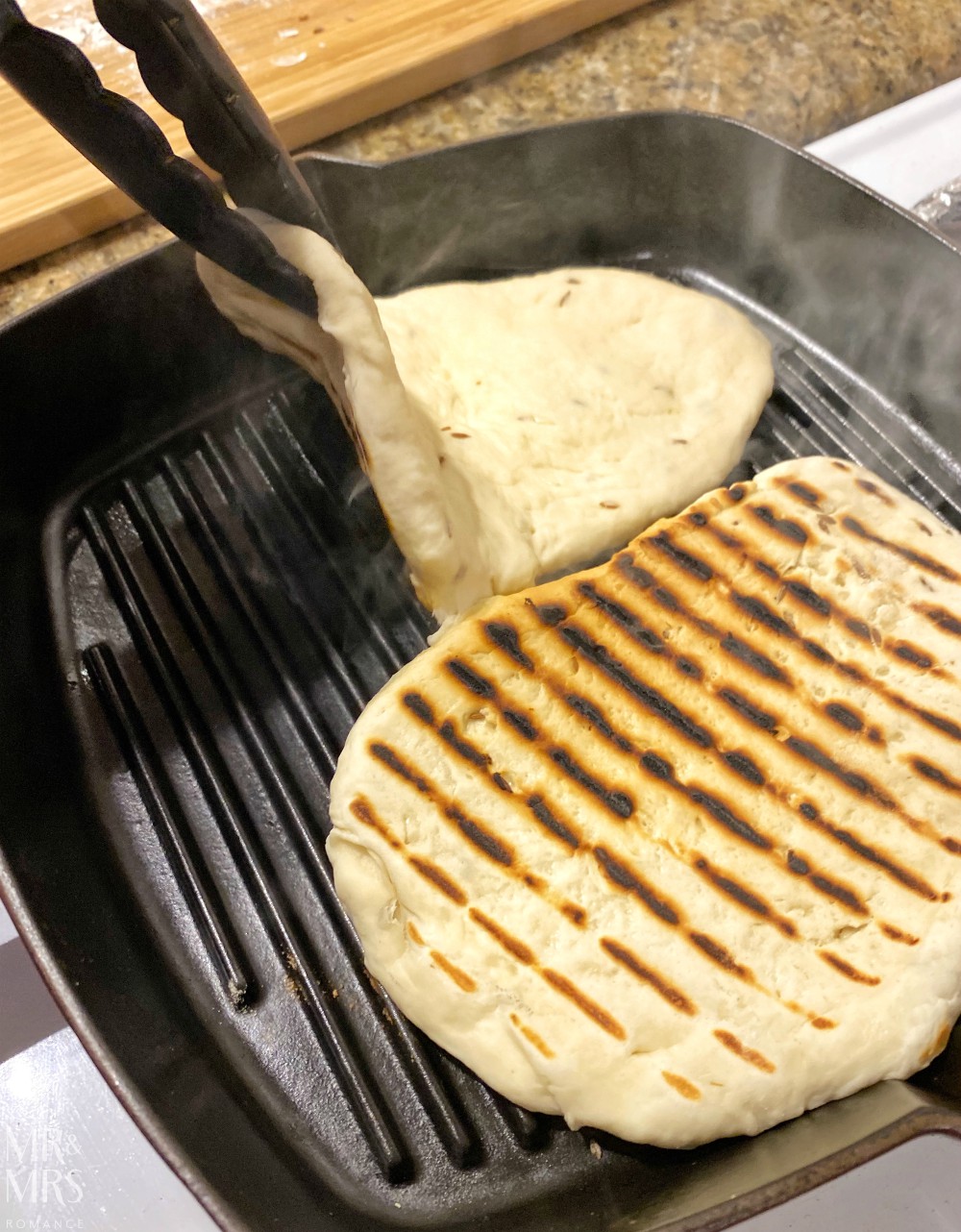 *If you don’t have self-raising flour at home, you can make your own by adding 2 tsp of baking powder to 1 cup of plain flour. You can also add a 1/4 tsp of baking soda/bicarb to the mix for more of a boost, though I don’t think you need that with this recipe.

– You can add extra flavours and spices to your naan. Adding cumin seeds, a little garam masala or some chopped garlic at Step 3 will give your bread extra flavour.

– Drizzling or brushing a little olive oil on the bread as soon as it’s cooked gives a softer, richer finish too, but isn’t essential. 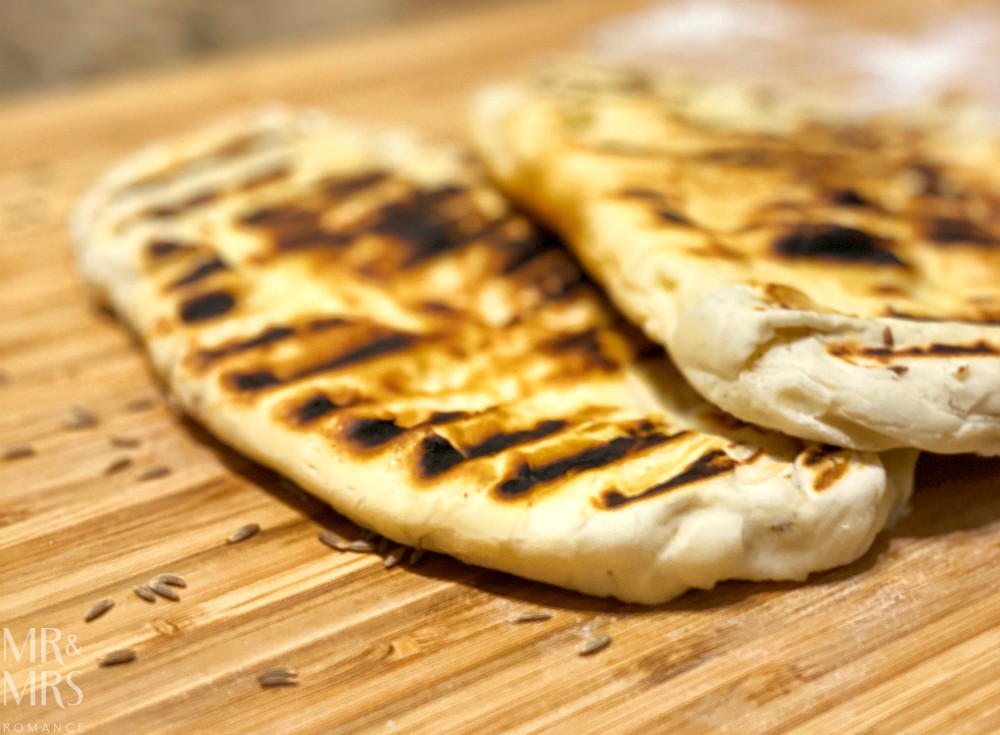 Of course, this recipe won’t give you the same results as a good Indian restaurant will. But they’re way better than my angry, hard little past efforts and also better than the sad dry replicas you find in the supermarket. 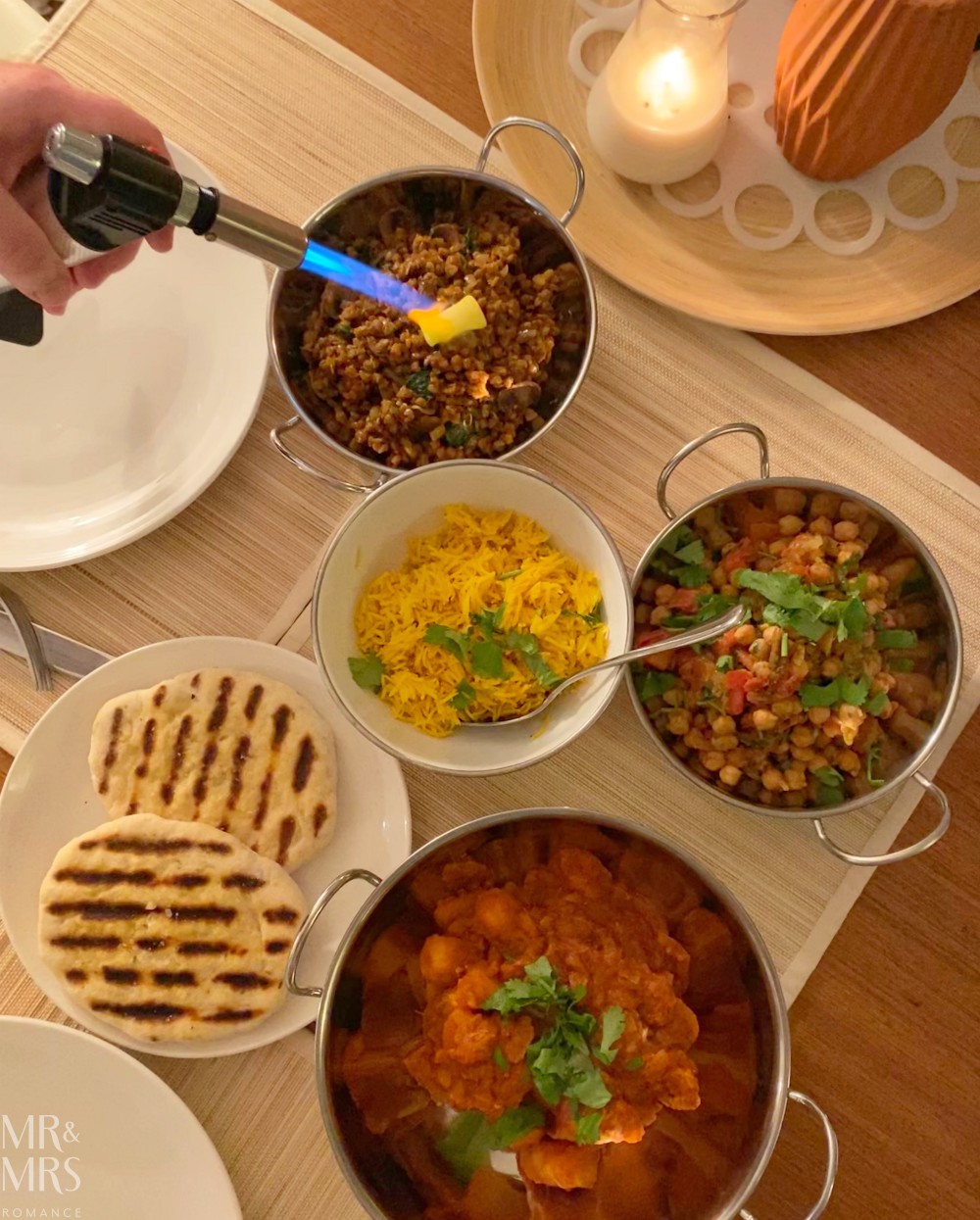 This easy naan bread recipe was inspired by the one we found here at littlespicejar.com.

Bangkok and Chiang Mai – why Thailand is the Land of Smiles

Thailand is such a wonderful destination. Whether you’re here to work, to learn or to relax, this is one of those rare places with…