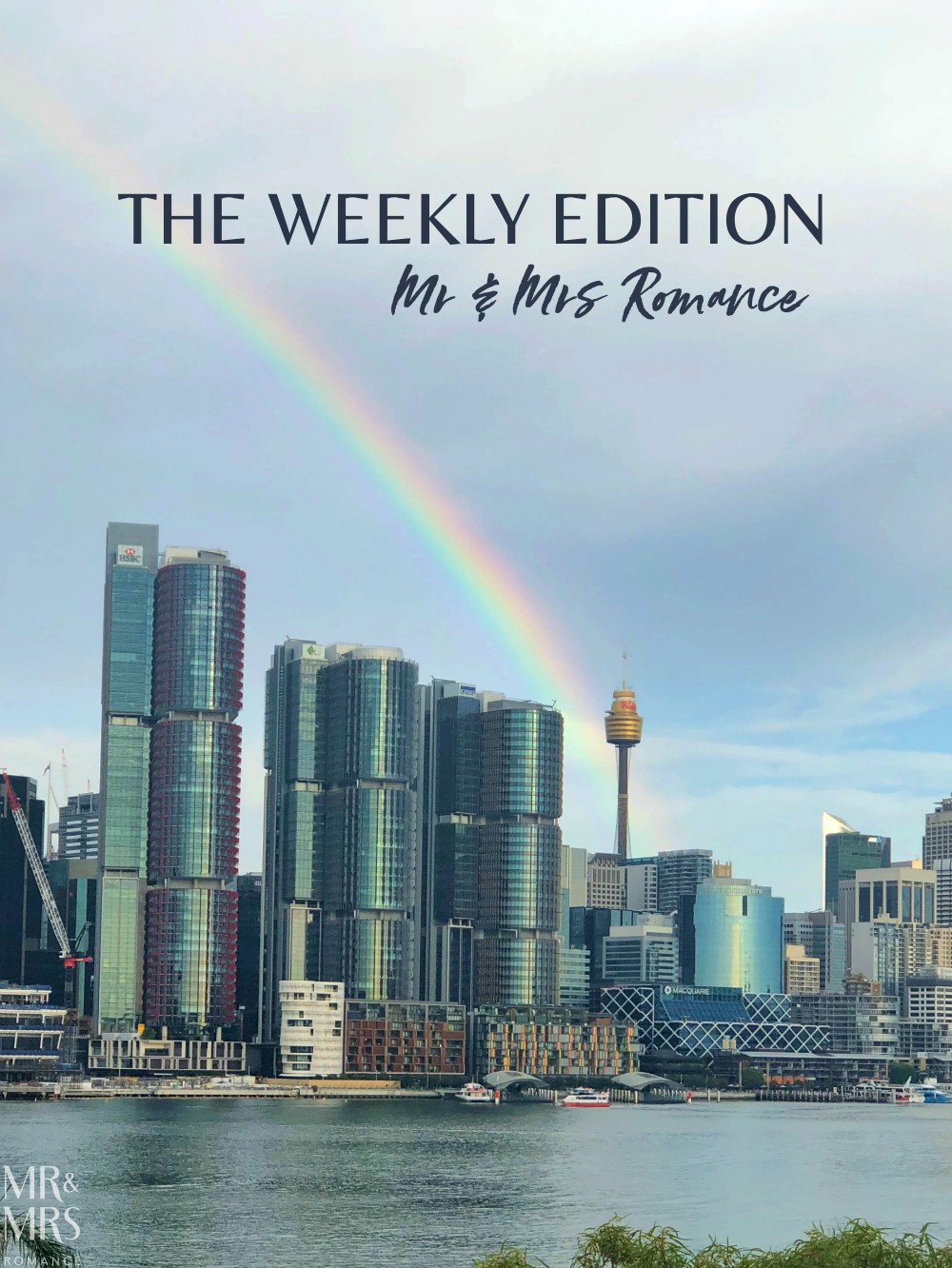 This Weekly Edition is a very special one. From our very first published story back in 2013 to now, this is our 1000th post! It’s been an amazing journey to get this far, and we’re looking forward to bringing you the next thousand stories.

In this Weekly Edition, we’ve got some intriguing Sydney food venues to tell you about, plus what we saw of this year’s Mardi Gras, travel info for your next ski holiday, the release of our friend’s new album and the last day of an amazing art installation.

So without further ado, here comes our 1000th story! 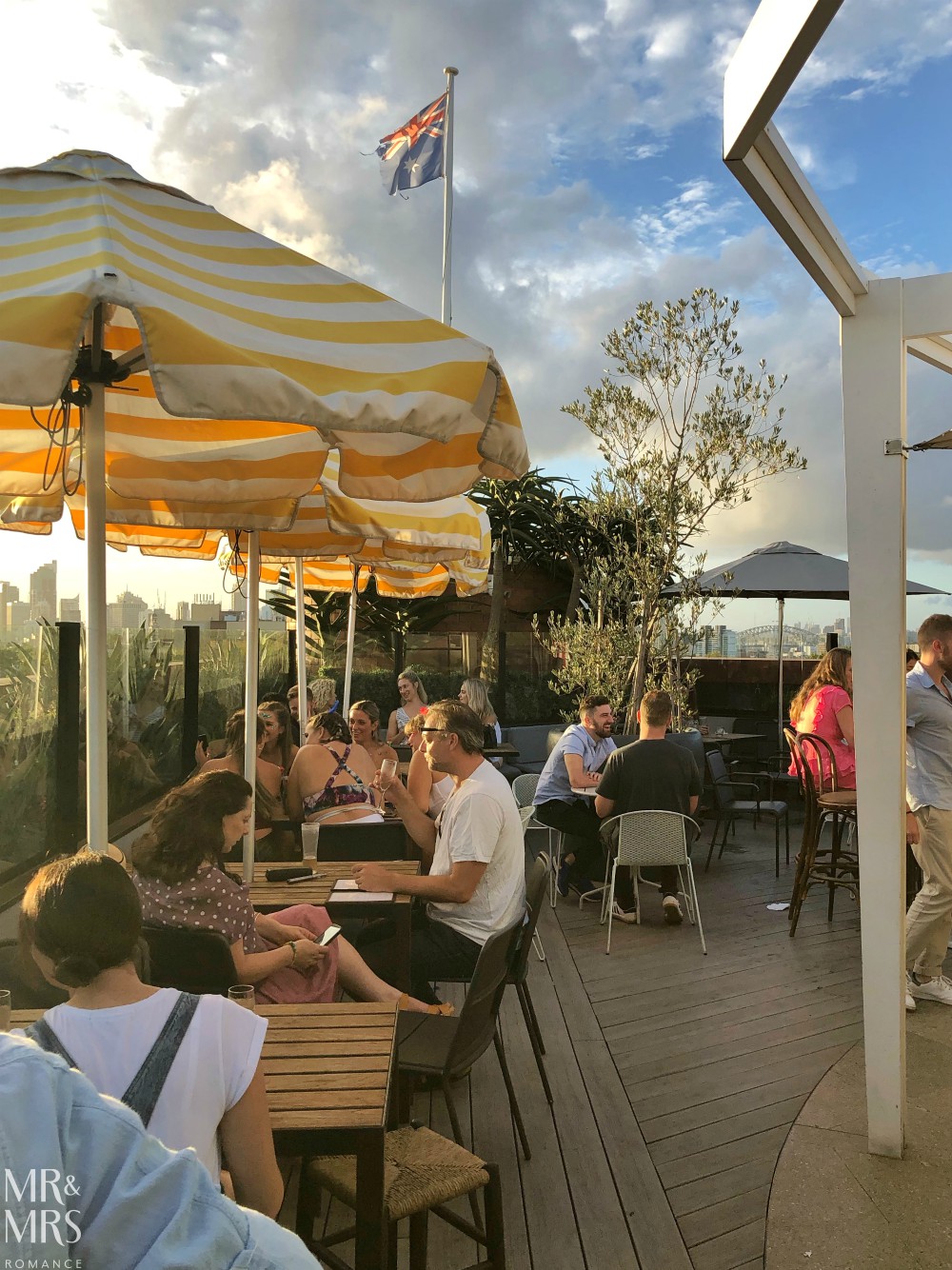 This evening we’re going to dinner with our mate Rohan, and we’re back in an old haunt of ours: Paddington. It was in this street where I met Christina and also where we both met Rohan – all around the same time. So this Sydney suburb has real history for us.

But before dinner, we all pop into the Light Brigade Hotel at the top of Oxford Street for a pint. The rooftop here is a bit of a local secret and boasts surprising views right across the city. In one direction, you can see down to Botany, while in the other is the city proper and even the Harbour Bridge.

Perfect for a sundowner. 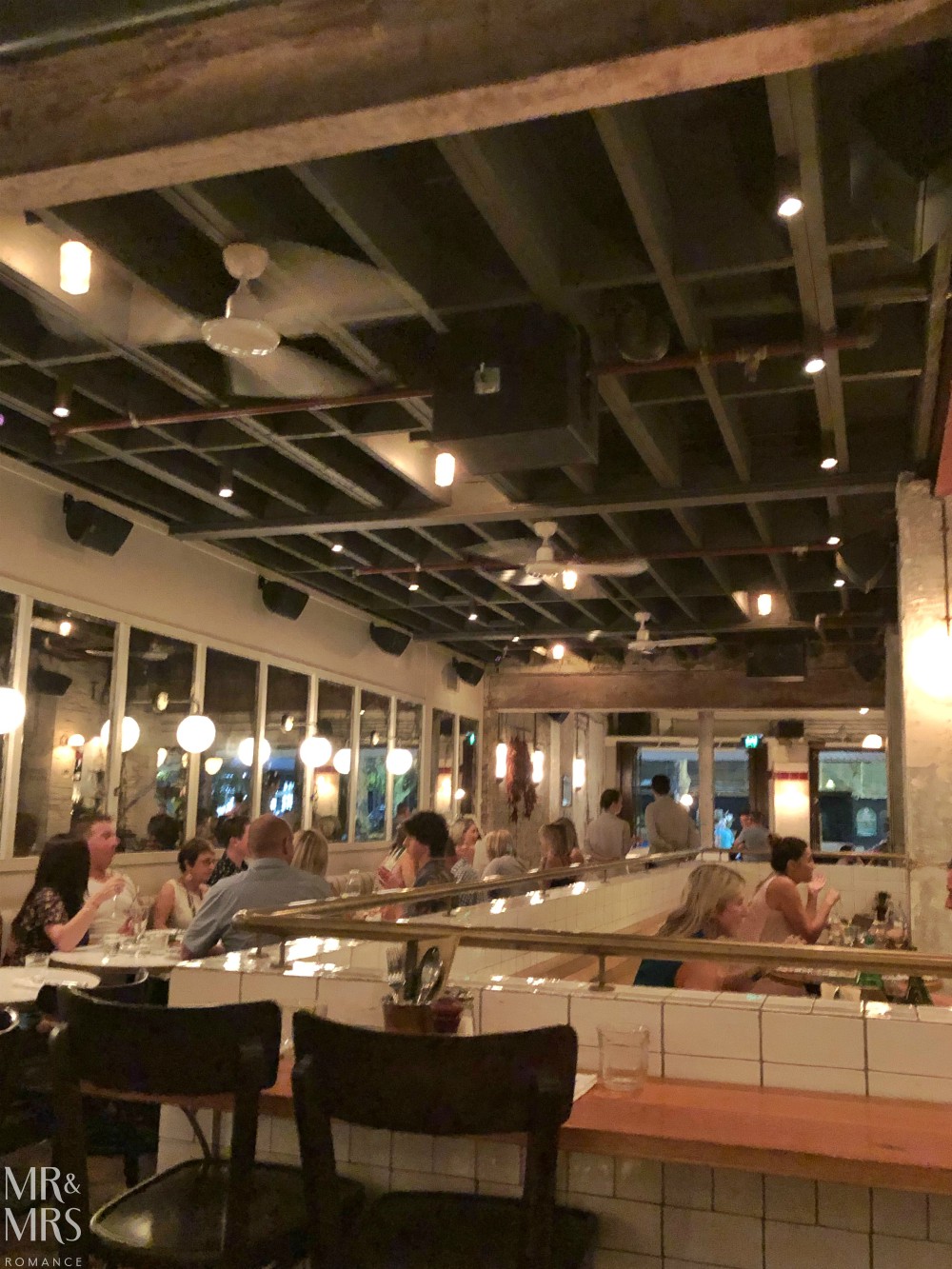 We’ve come to The Paddington, which used to be the Elephant and Wheelbarrow back in the day. Now, instead of the somewhat ropey Irish pub that it was, this place is a bistro-style pub restaurant with excellent food, a welcoming vibe and really terrific staff. We’re always impressed with this place. 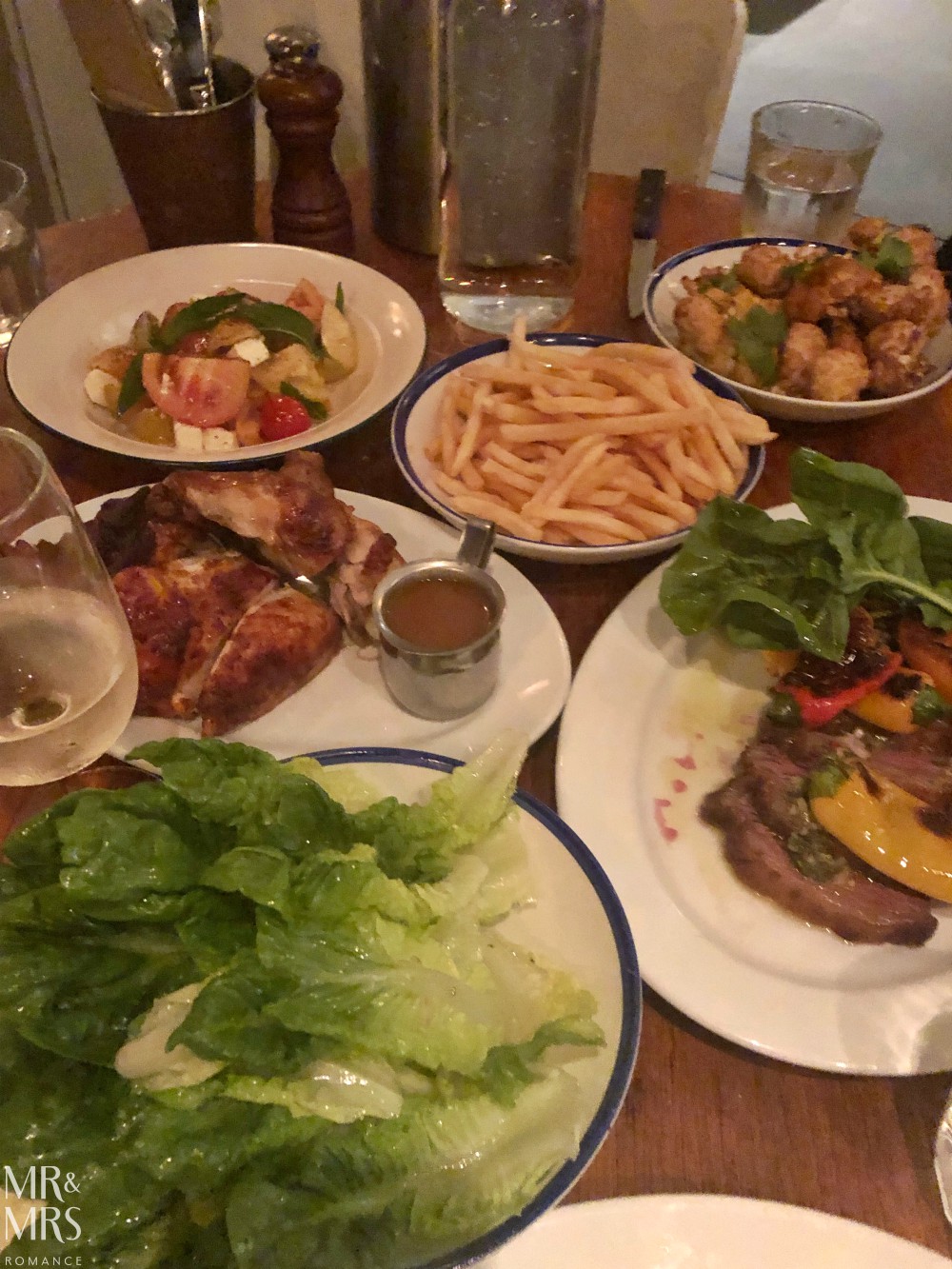 The food is – by and large – a share plate concept. They’ve installed banks of impressive-looking rotisserie grills on the back wall where the kitchen grills meat to perfection.

We order eagerly and fill the table with burrata, fried cauliflower, roast beef rump cap, rotisserie chicken, fries, tomato salad and greens. Fit for kings, this meal was exactly what we feel like. 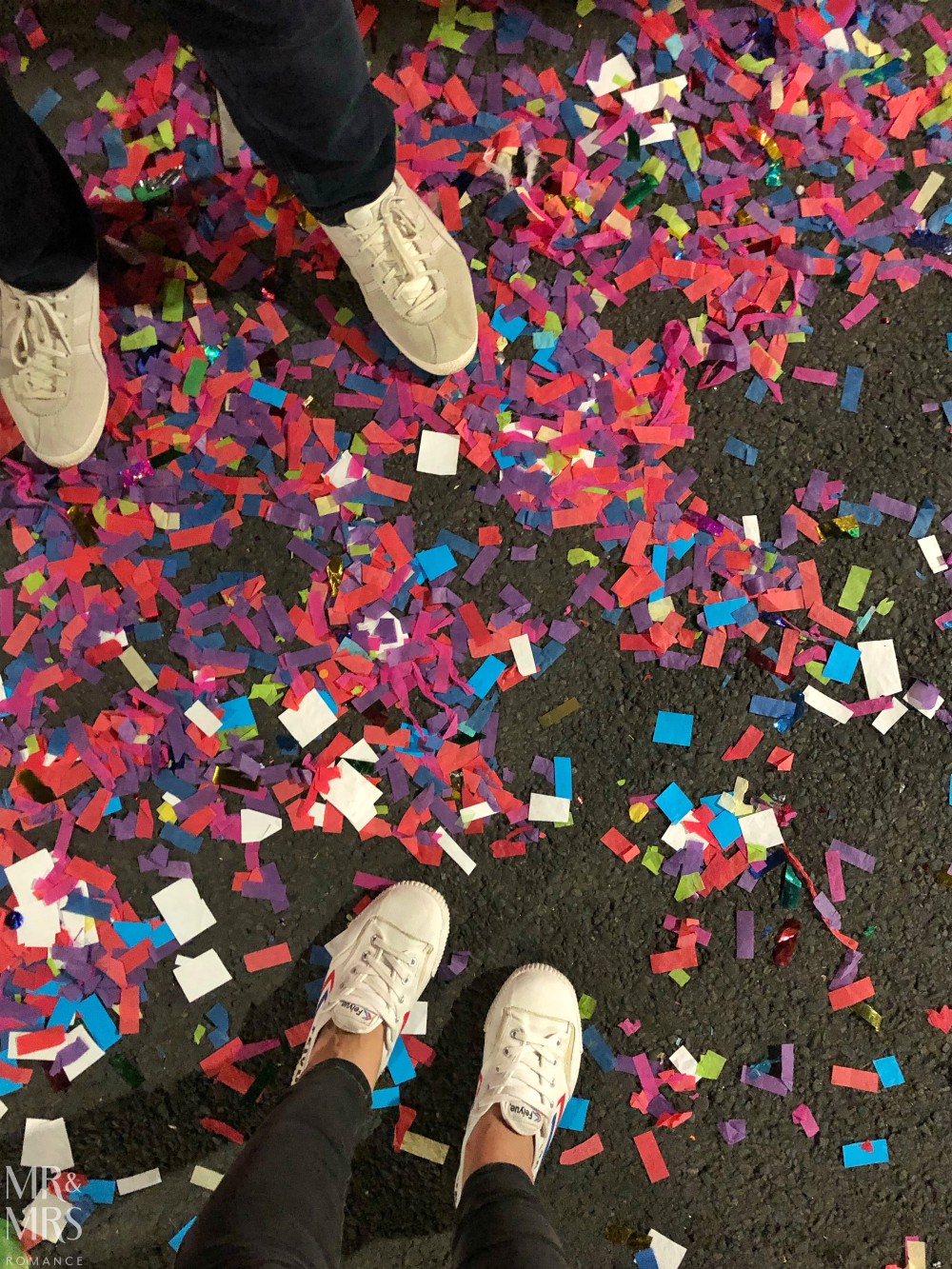 We say farewell to Rohan after dinner and head back towards the city. Tonight is the night of Sydney’s Mardi Gras parade and party, and as we walk down Oxford Street, we find things still going on.

There’s an incredible vibe in the streets of Surry Hills and Darlinghurst, and we soak it up as we make our way slowly home. 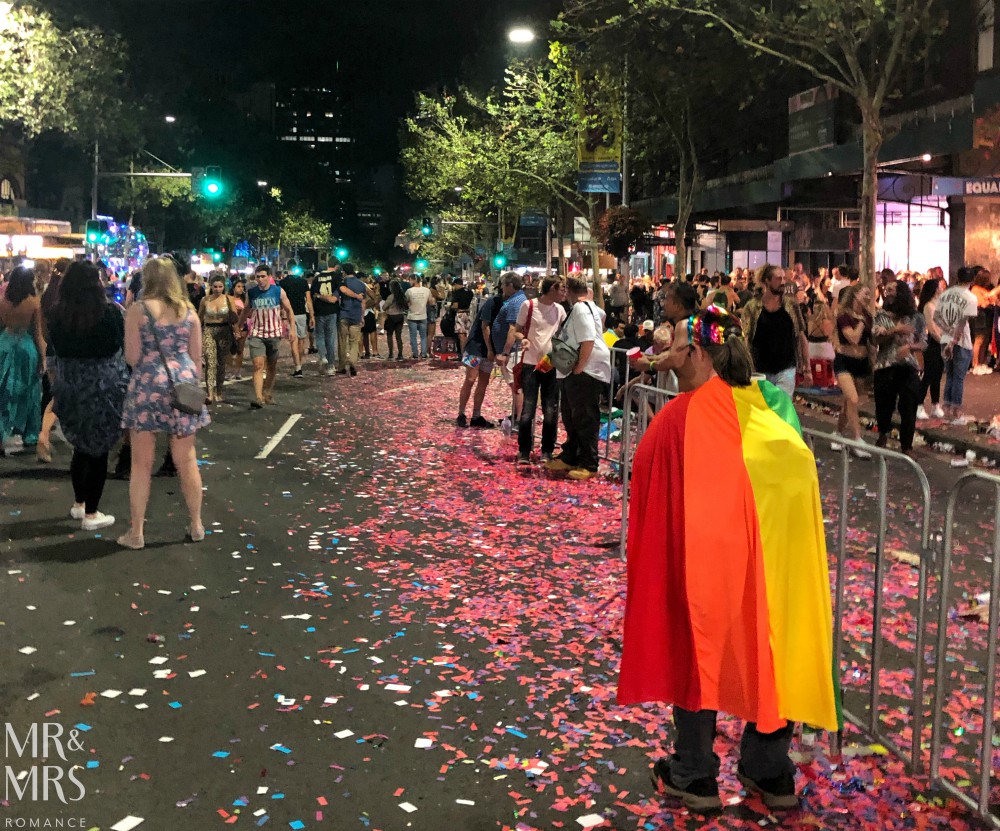 This part of Sydney is often lively, especially on a Saturday night. But on the Mardi Gras weekend, it’s a remarkable place to be. 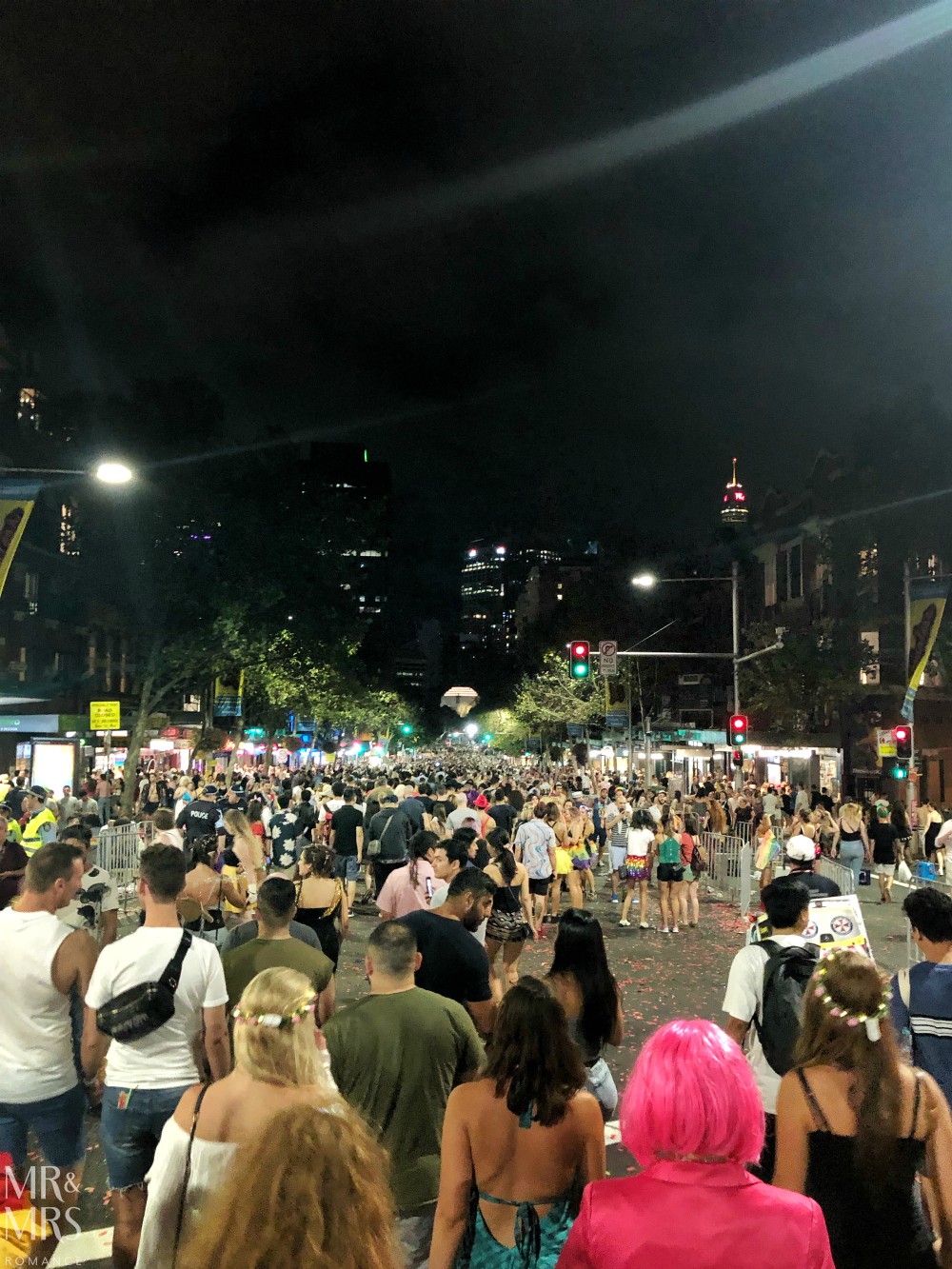 At the bottom of Oxford Street – at the corner of Hyde Park – the crowds condense as people start making their way home or onward to parties. We overhear snatches of conversations you don’t normally hear:

“Look at the line at Mr Crackles!” 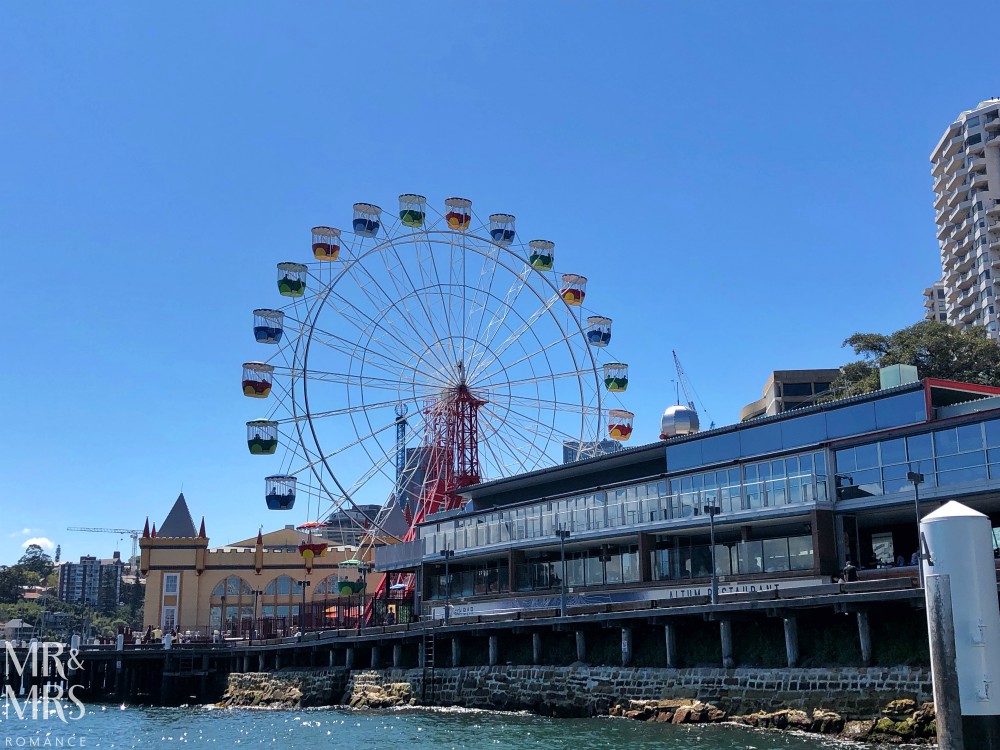 This afternoon, we’re on a ferry to the city and as we pass Milsons Point, I grab a quick snap of the Ferris wheel at Luna Park.

We’re off to see an art installation Rohan told us about last night. It’s the exhibit’s last day. 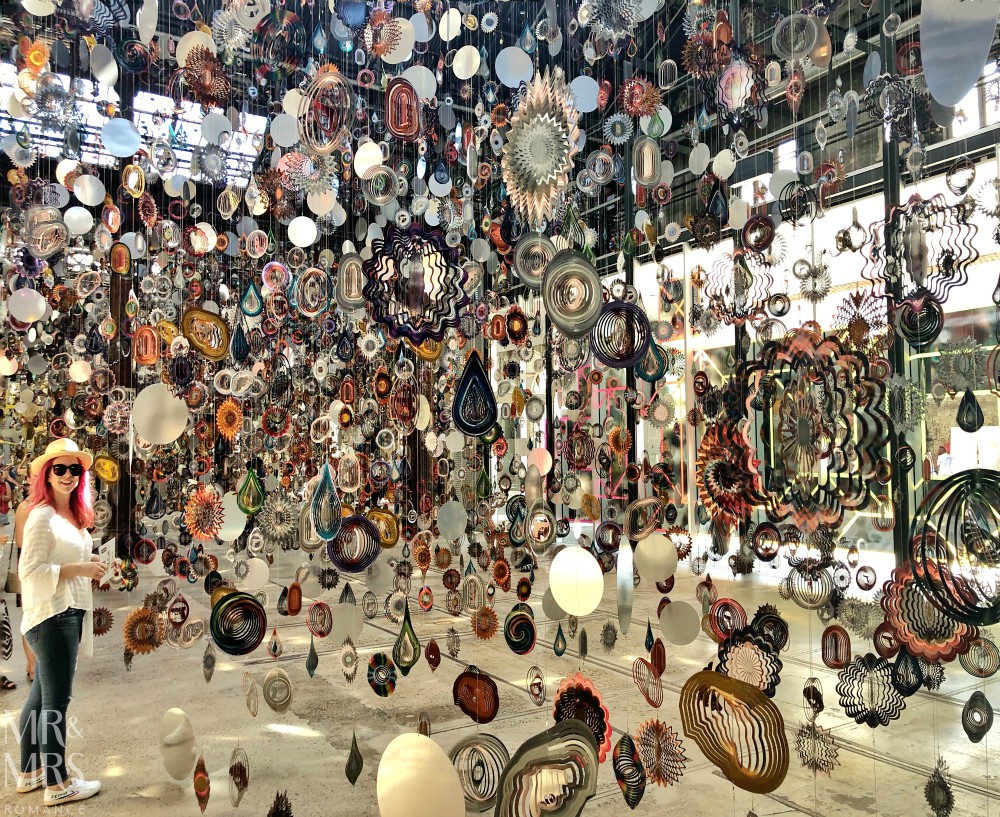 This is Until by Nick Cave. Not the Aussie musician Nick Cave, but the African American artist from Chicago.

This mesmerising installation – called ‘Kinetic Spinner Forest’ is striking and beautiful. The scale is incredible with each of these metal shapes hung from lines attached to the ceiling. They turn and sparkling the sunlight with a dreamscape-like quality. 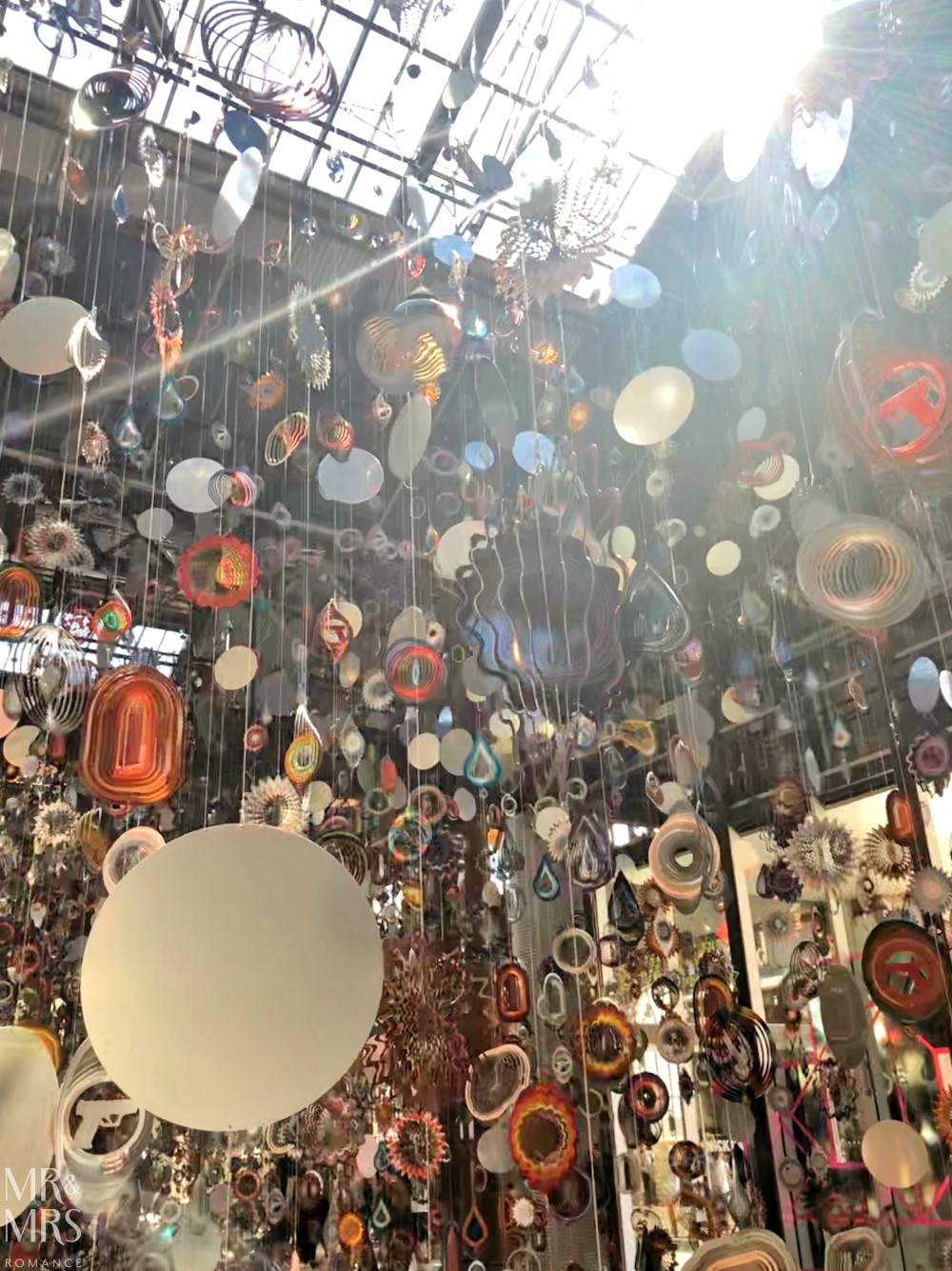 As beautiful as this installation is, it also has a strong political message. It’s a protest against gun violence, corruption and racism in society. Nick Cave asks the question “Is there racism in heaven?” And this was the question Nick asked himself as he manifested this artwork. 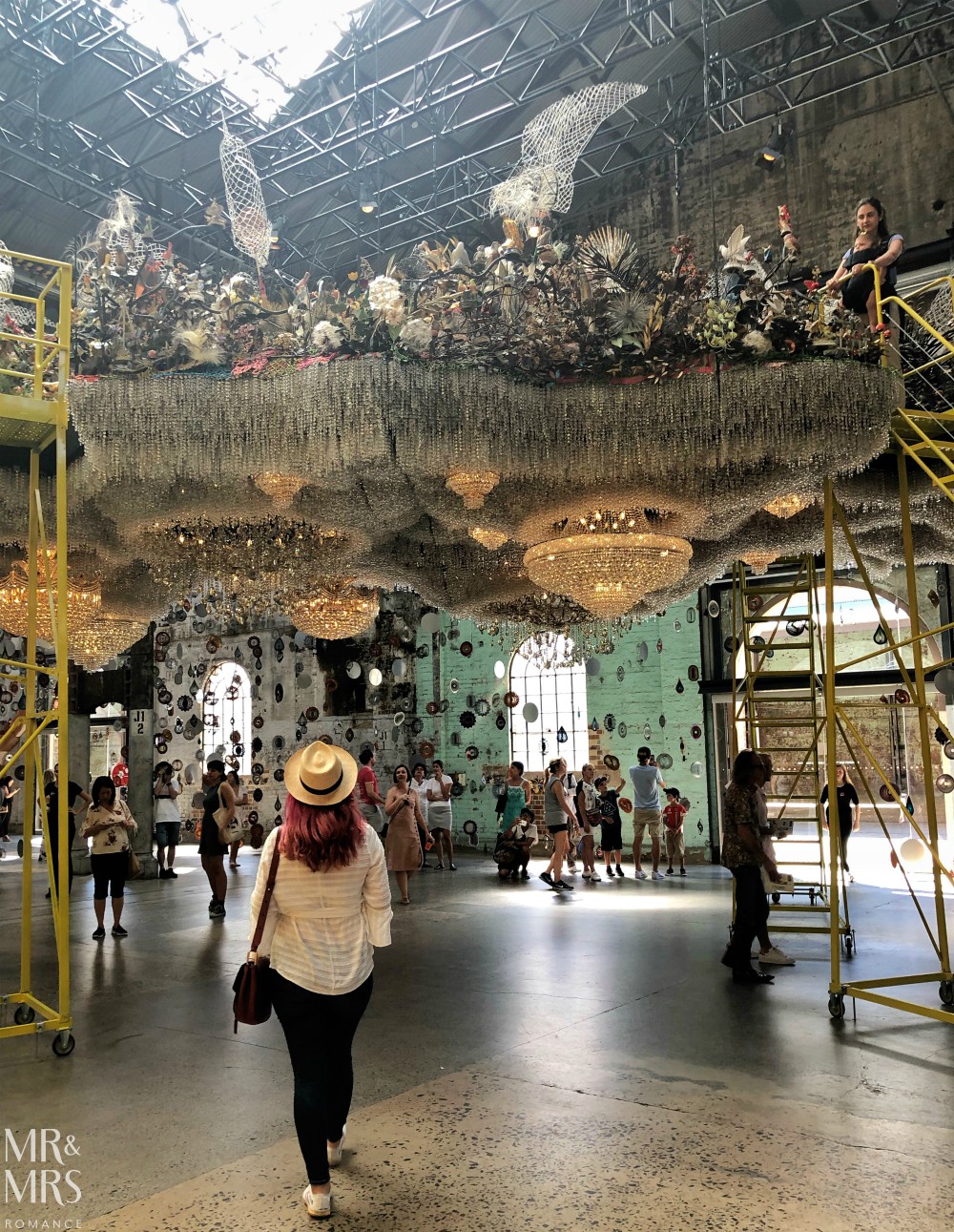 In the next room, suspended from the ceiling is another dream-like cloud chandelier crystals. On top of the ‘Crystal Cloudscape‘ is an arrangement of seemingly eclectic objects. You can climb up the ladders to look down on this collection, and it’s then you realise there’s nothing random about the objects up there.

There’s a racial message about a lot of it – in particular several cast iron ‘lawn jockeys’ that hold significant historic relevance to an era of black and white segregation in parts of the USA. 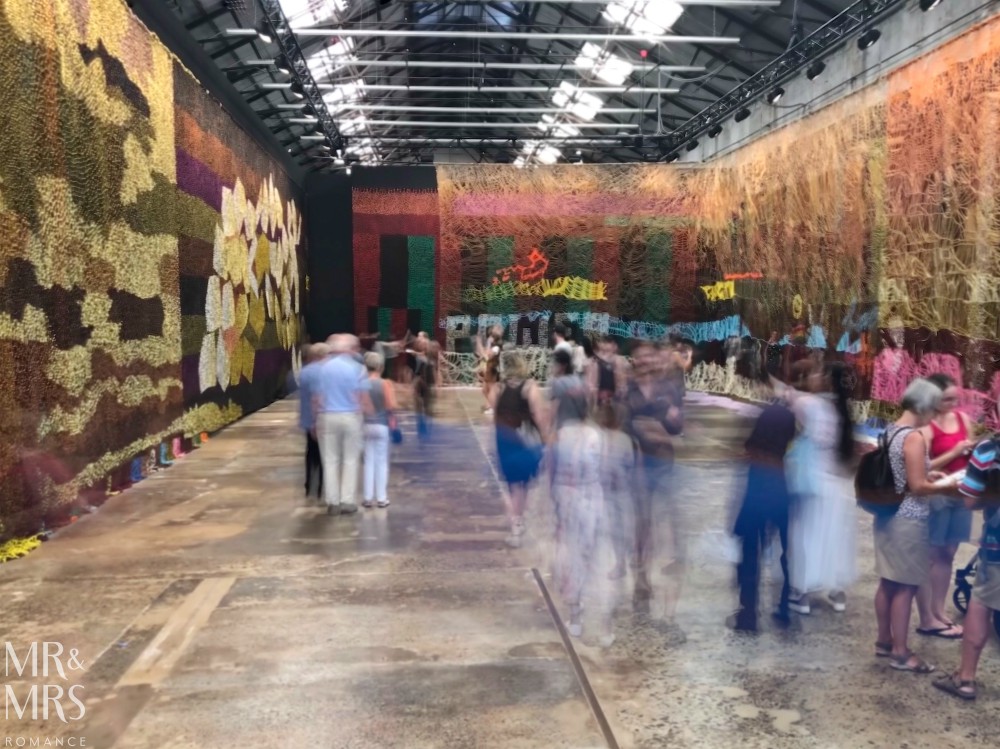 In yet another room is the ‘Beaded Cliff Wall‘. It’s hard to get a scale of this installation, bearing in mind the hanging curtain murals are made entirely out of beads. This took Nick Cave and 12 studio assistants 18 months to create.

Millions of plastic hair pony beads threaded onto string have been woven into a crazy spiderweb cargo netting. The message with this installation is less clear, but the scale itself is impressive. 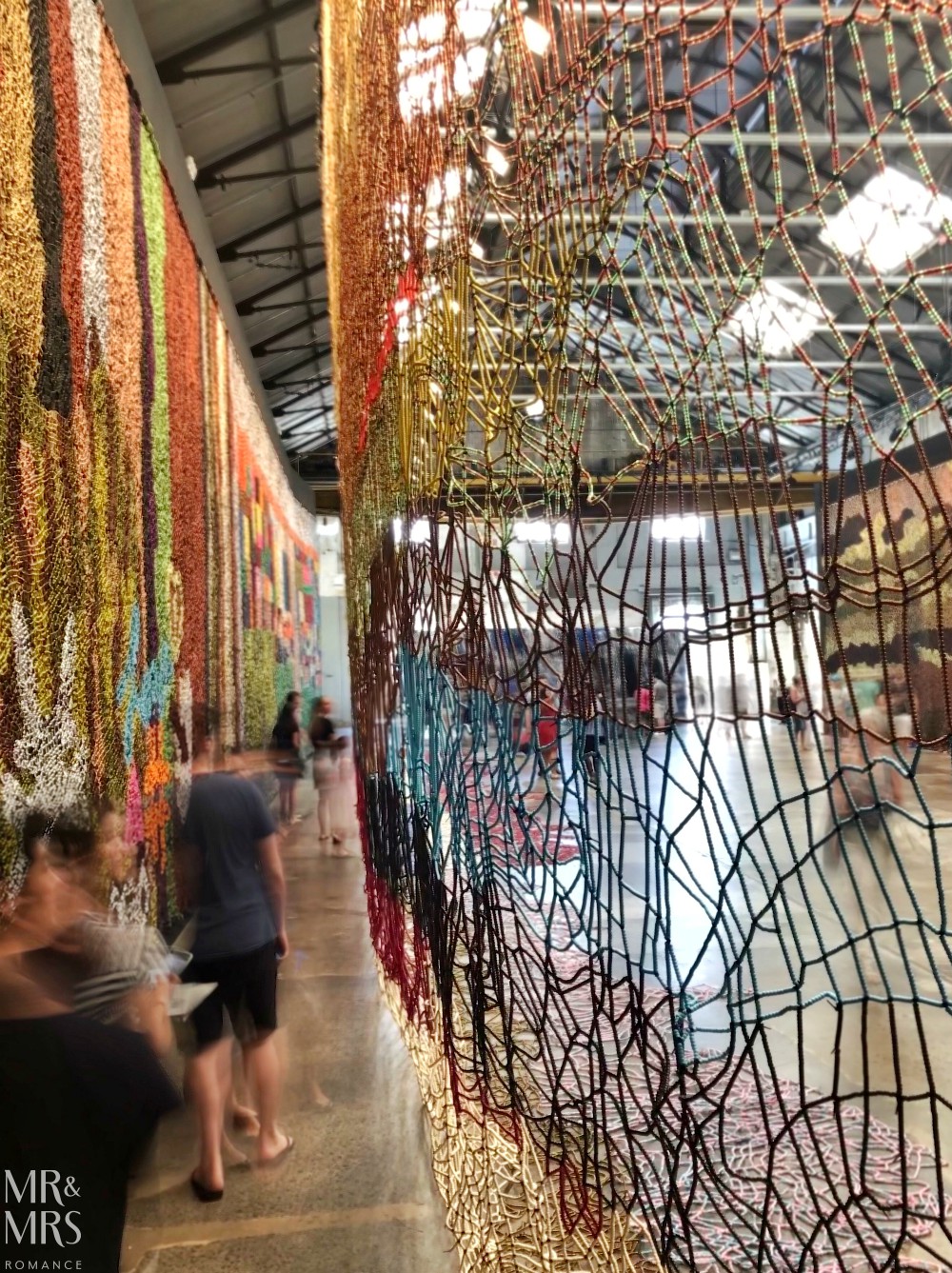 You can walk in an alleyway between layers of this artwork, which gives it both depth and a feeling of interaction you don’t often get with art. 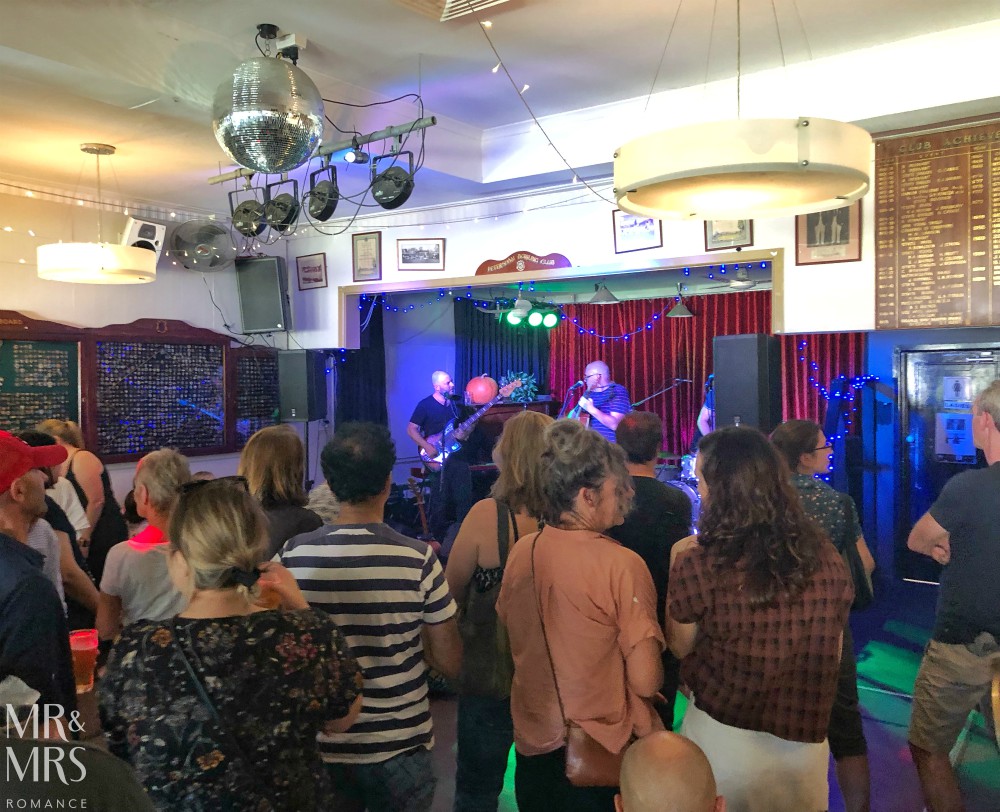 Our next stop is to the Petersham Bowls Club – in itself a worthy destination with great beer and food, and an interesting history of the local community fighting back to reclaim a club that had been destined for redevelopment.

Today, our friend Nick has invited us to the launch of a new album for the band he’s in. Lost in the Woods have recently acquired Nick as their pianist, and I think he fits right in.

The band is really quite excellent, with a cool indie rock sound and some great lyrics. You can check out their latest album Campfire Radio on Spotify here.

This lunchtime, Christina and I are heading to the much-lauded restaurant Aria by celebrated chef Matt Moran. We’re here to enjoy the magnificent views of Sydney Harbour and enjoy the superbly crafted food of course. But there’s another reason we’re here.

We’re meeting with the good people from Aspen Snowmass and Limelight Hotels to talk tourism in Colorado USA. Outside of a vague reference in Dumb and Dumber, I didn’t really know much about Aspen other than it’s where really rich people go to ski.

As it turns out, it’s not only one of the best parts of the Colorado snow fields to ski (which makes it one of the best in the world), it’s also more than just a hangout for the super-wealthy.

Over lunch, Christina and I learn about the amazing options for people wanting to experience this beautiful part of the world. We’re not big skiers, but now we’re aiming our travel sites on the slopes – even if it’s for a bit of apres ski or even heading to Aspen in the spring, summer or autumn.

It’s a part of the States that’s as good for all travellers – old, young, couples, families, singles, you name it, as any other. 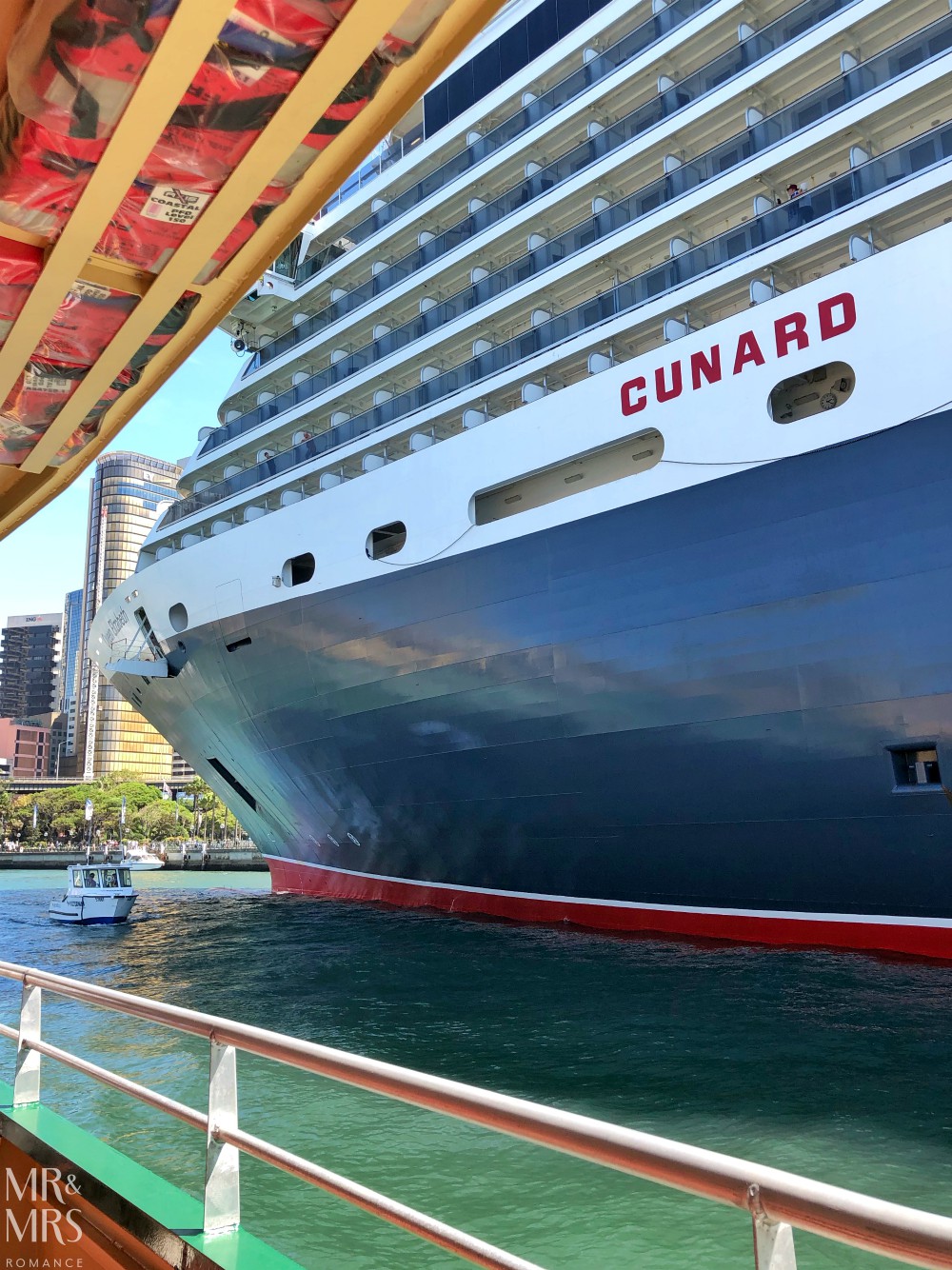 We hope back on a ferry after lunch and sail past one of the bigger cruise ships docked at Circular Quay. It’s hard to get scale with these floating monsters, but the little boat coming between us and the cruiser helps! 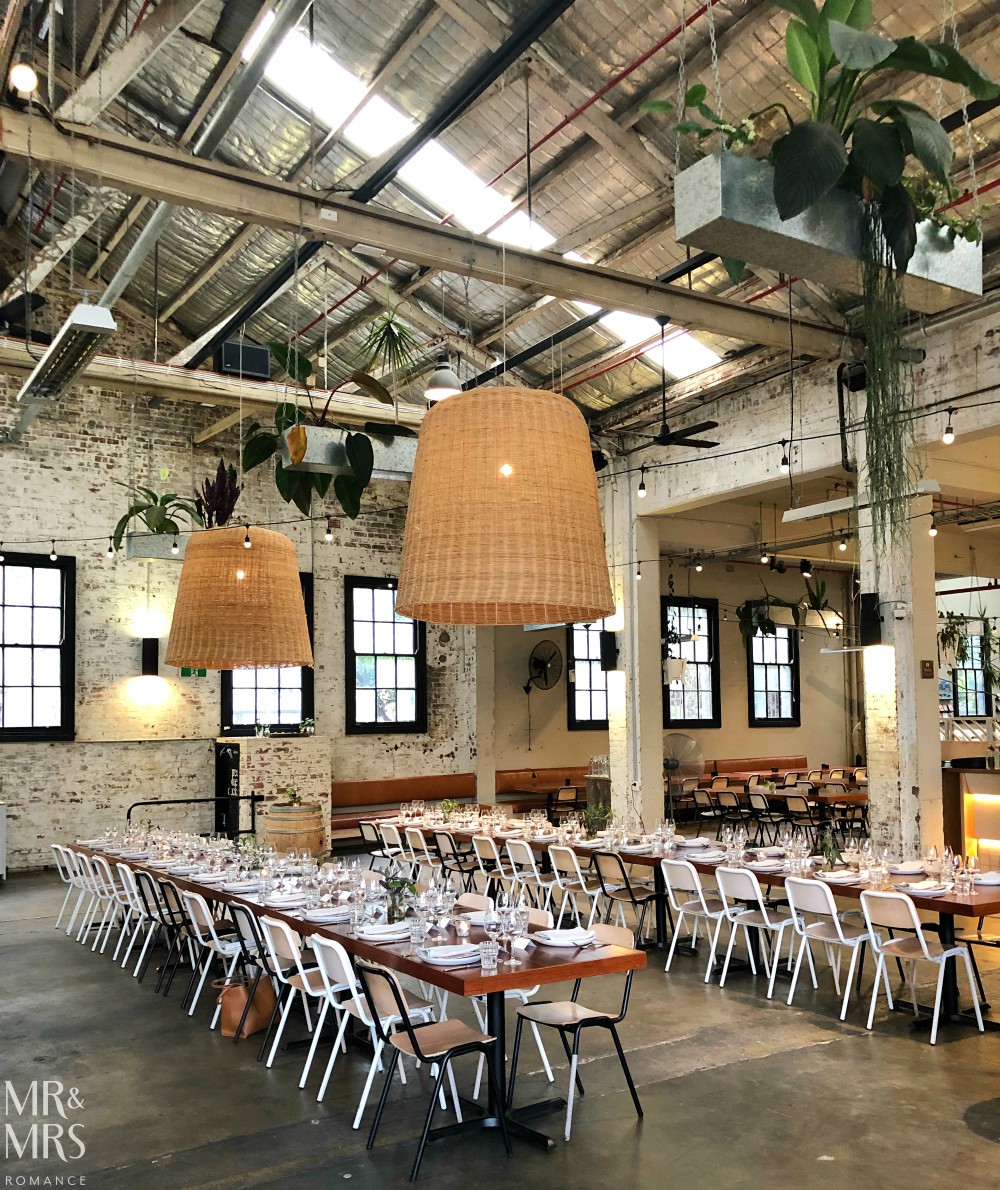 This evening, we’re excited to be visiting yet another superb restaurant you should try. Three Blue Ducks in Rosebury (there are other venues too, like the one at The Farm in Byron Bay) is a beautiful space. And it’s the perfect venue for tonight’s celebrations.

Ahead of the launch of this year’s Orange F.O.O.D Week (5-14 April), we’re dining with some of the producers and guiding lights that make it one of the country’s best and longest running food festivals. 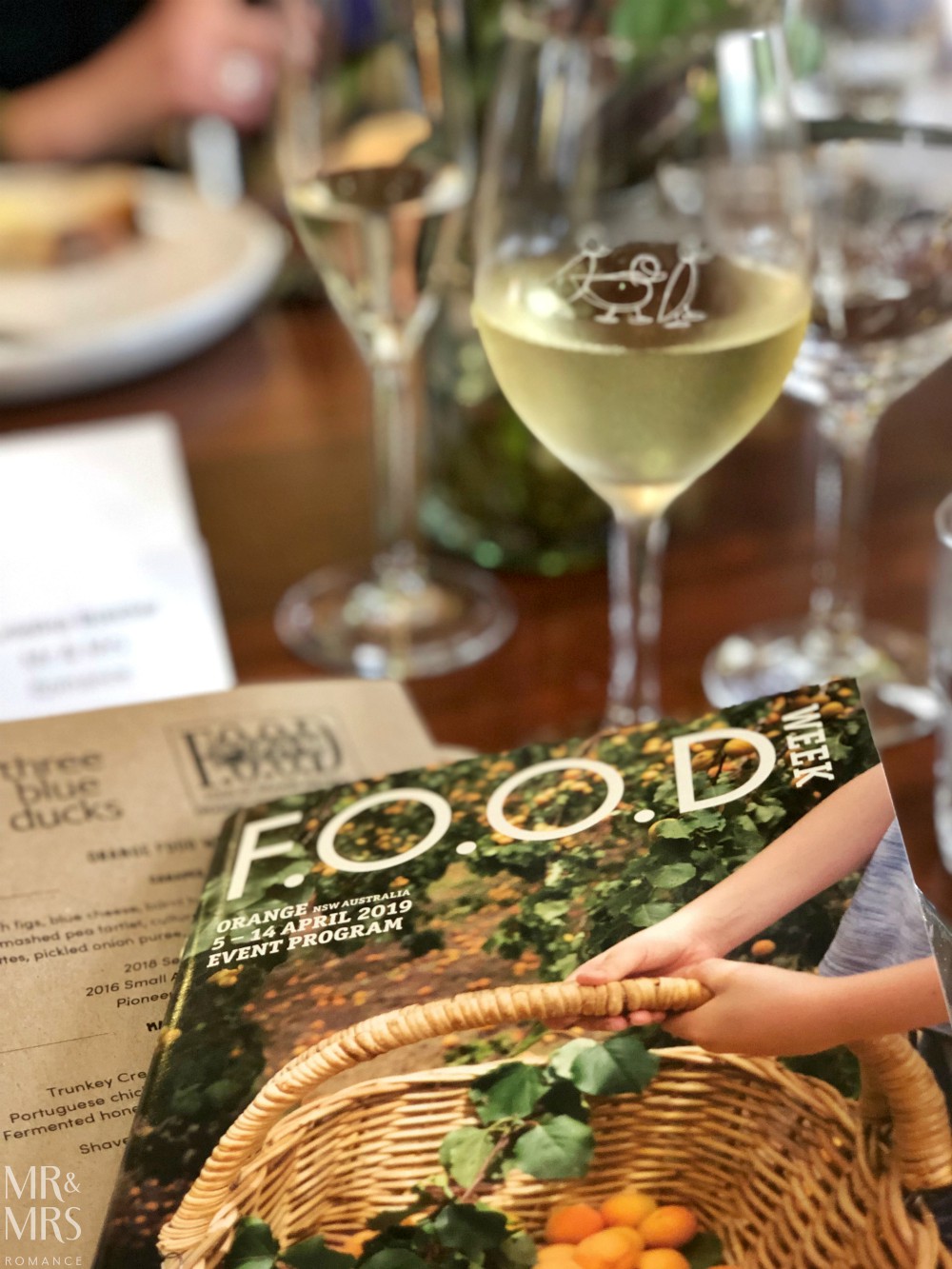 I bet you didn’t know that Orange F.O.O.D Week, which stands for Food Of Orange District, has been running for 28 years! It’s impressive, and not just because Orange is a regional town in New South Wales – a 3.5 hour drive from Sydney.

We’ve been to Orange, NSW a number of times – in fact our last trip was to check out the Orange Wine Festival late last year. We love it there. The food and wine are amazing, but the locals are also so friendly and welcoming. 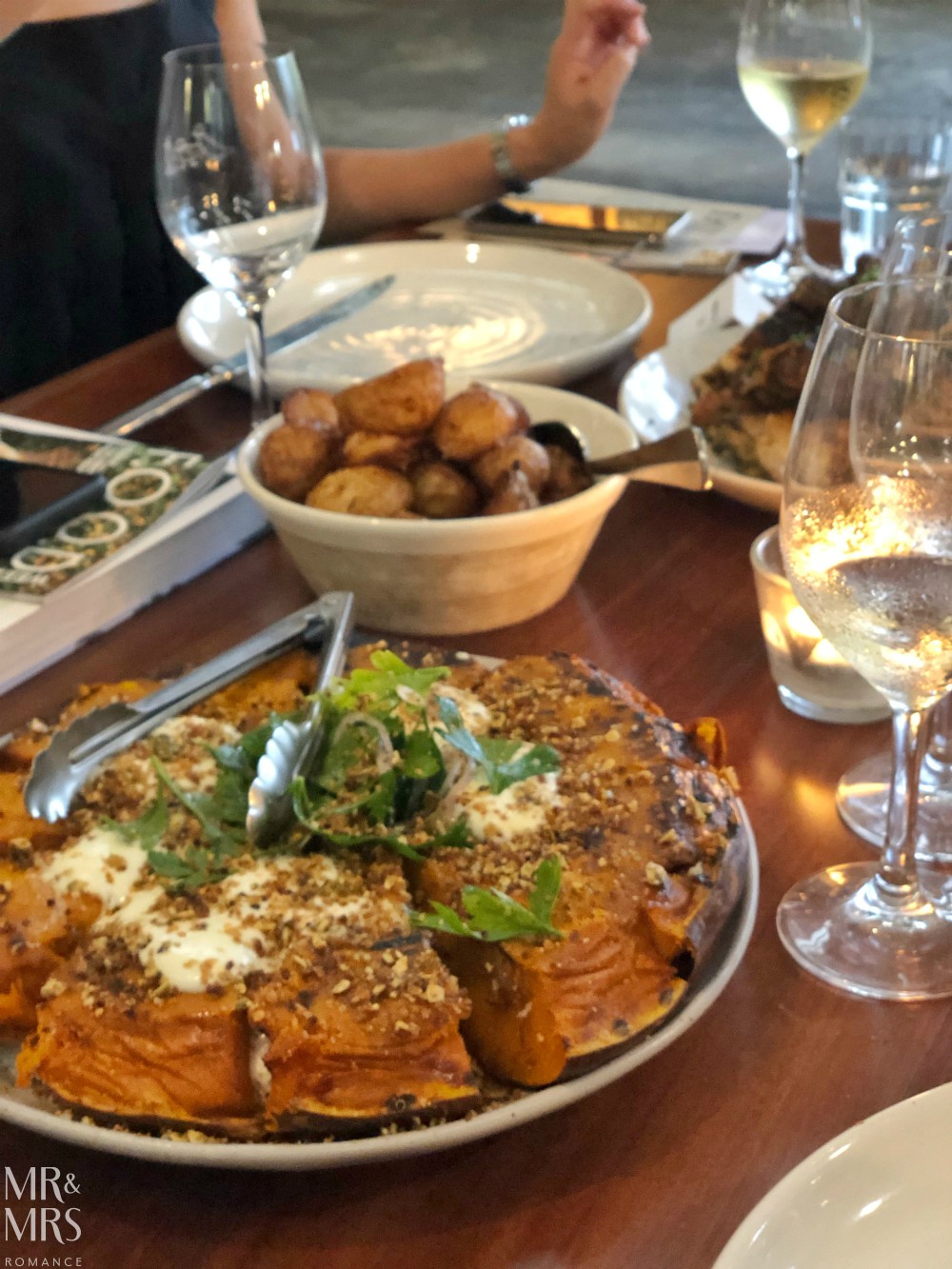 The food starts coming out to the table here at Three Blue Ducks just in time. Talk of Orange and the local produce there has made us all hungry. 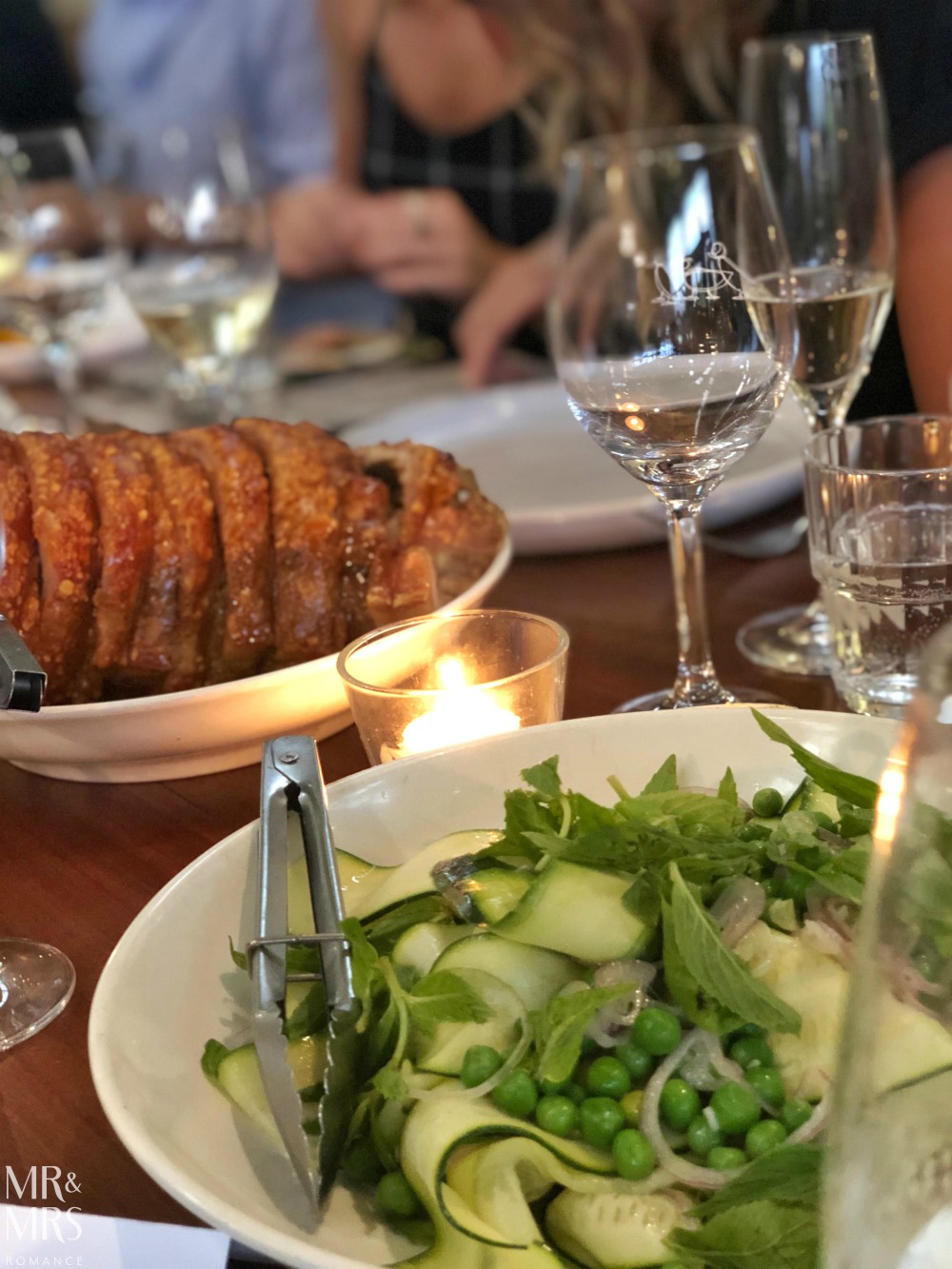 As does this zucchini, pea ad mint salad, but the Trunkey Creek porchetta and its crispy crackling turns my head so easily.

While we enjoy our dinner, we chat to the people on our table – in particular, Christine Williams, owner of Godolphin. This beautiful self-catering country style accommodation just outside Orange town sounds like exactly the sort of place we’d stay in.

Perfectly private and away from everyone, I can’t think of a more romantic place to hole up for a weekend. A trip to some wineries, stock up on delicious local food and then settle in at one of these secluded properties. Perfection. 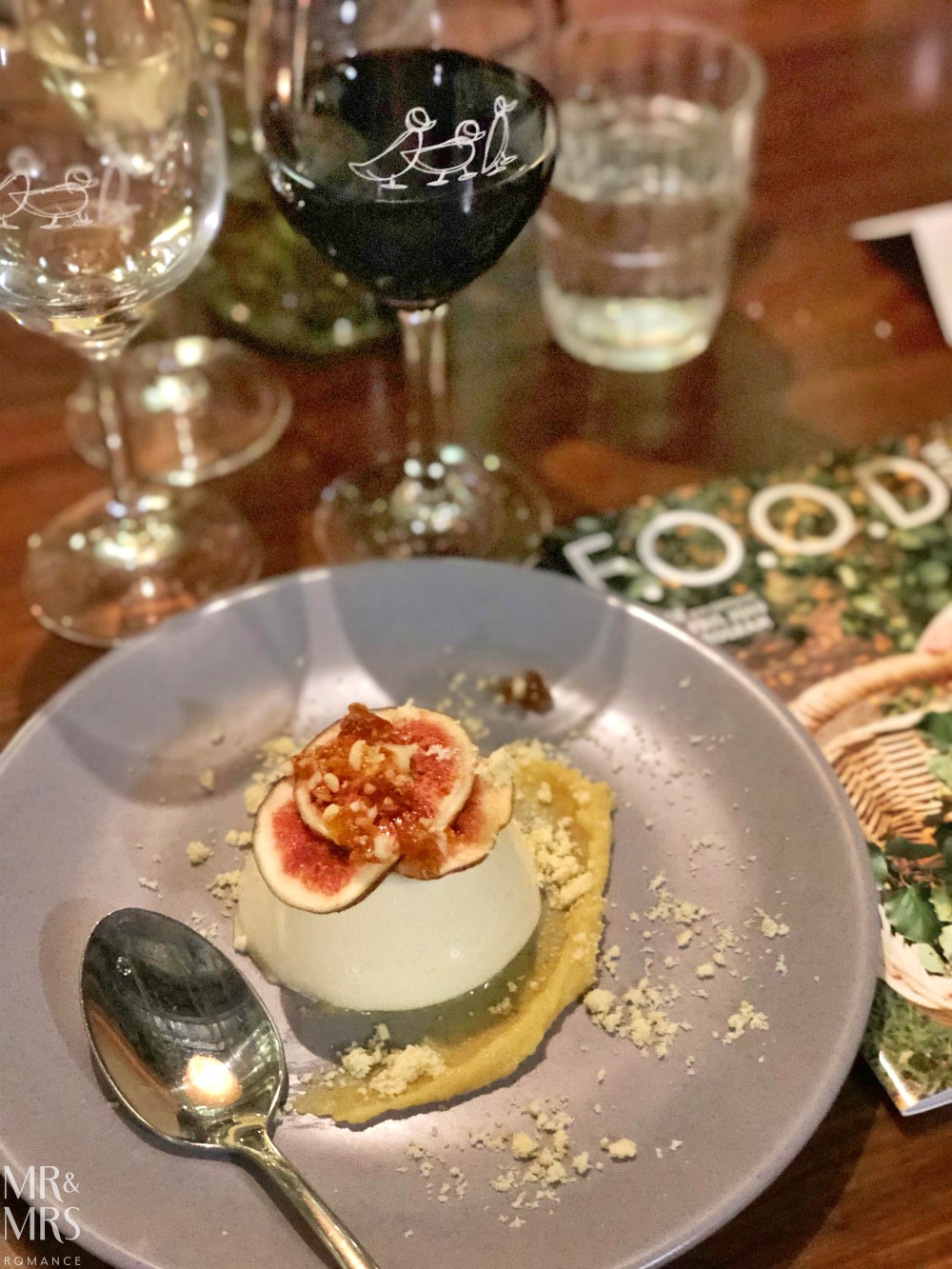 Dinner tonight has been an excellent example of what to look forward to during Orange F.O.O.D Week. We can’t wait – if nothing else as a good excuse to head back to Orange.

Make sure you have your plans for 5-14 April down. Check out their website so you know what’s happening, and get onto Godolphin so you’re in the best place to stay. 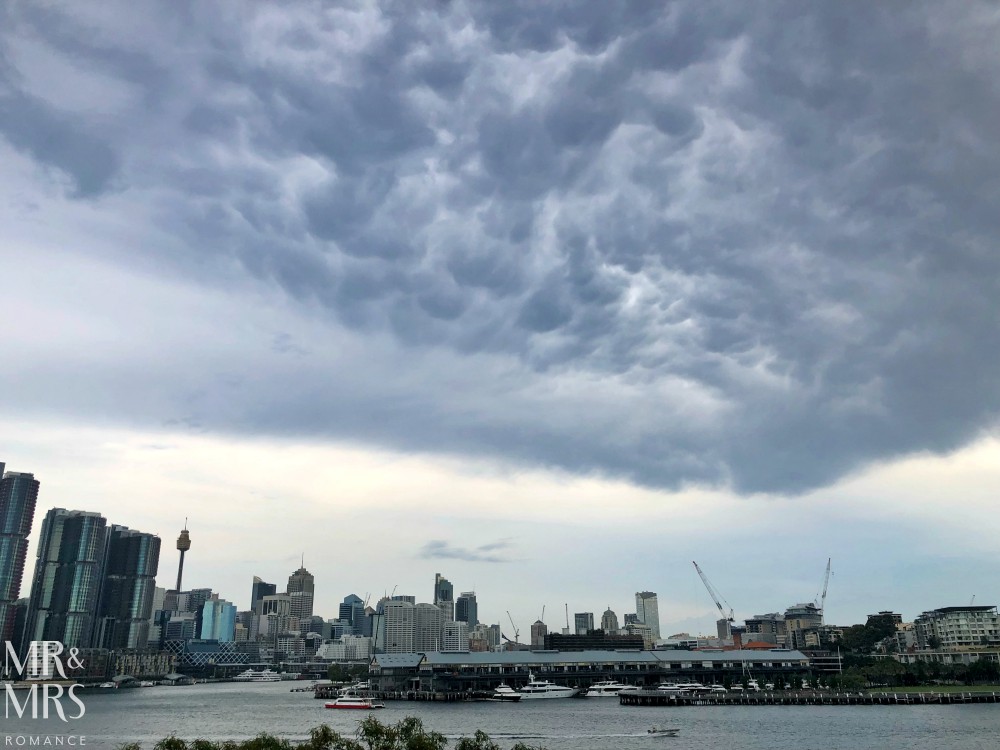 This evening, we’ve got an eye on the weather. It wouldn’t be the end of the world if this weird looking storm cloud settled in and shed rain on our evening, but it wouldn’t be the best. We have a 5-minute walk from our ferry to dinner reservations in Pyrmont across the bay. 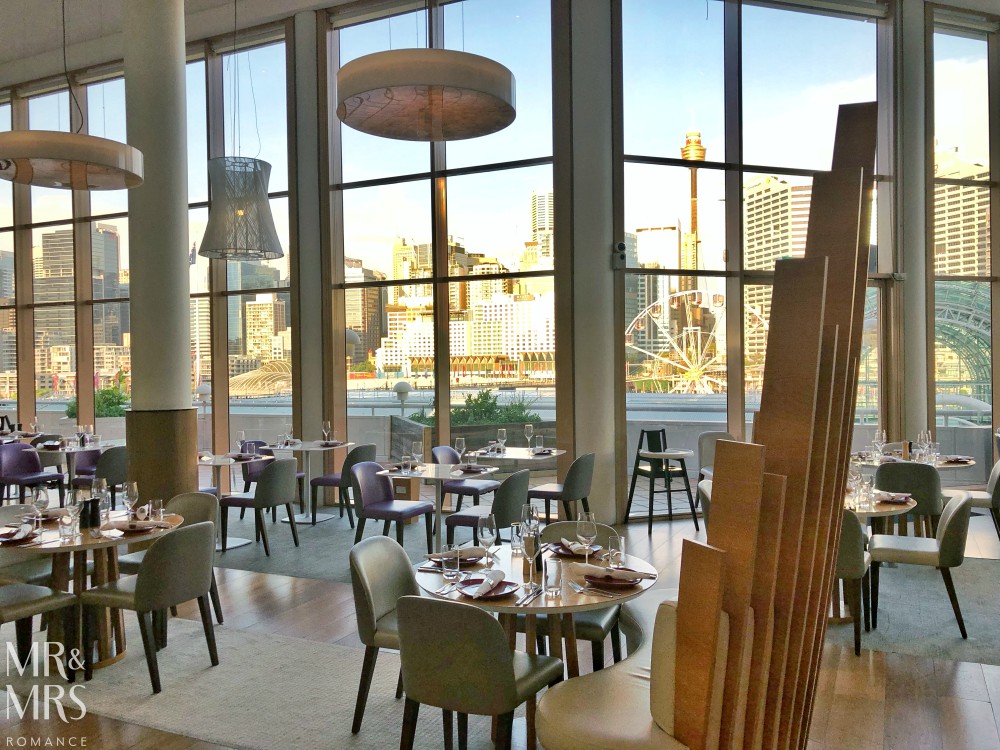 Result! The evening has turned in a beauty and we’re able to enjoy the views from perhaps one of Sydney’s best hidden secret restaurants.

Tonight, we’re in The Ternary, which is part of the Novotel Darling Harbour. Views out over the harbour and into the city from this restaurant’s balcony are really quite extraordinary. And the open plan design of this space is a surprise, as you can’t see it from the street at all. 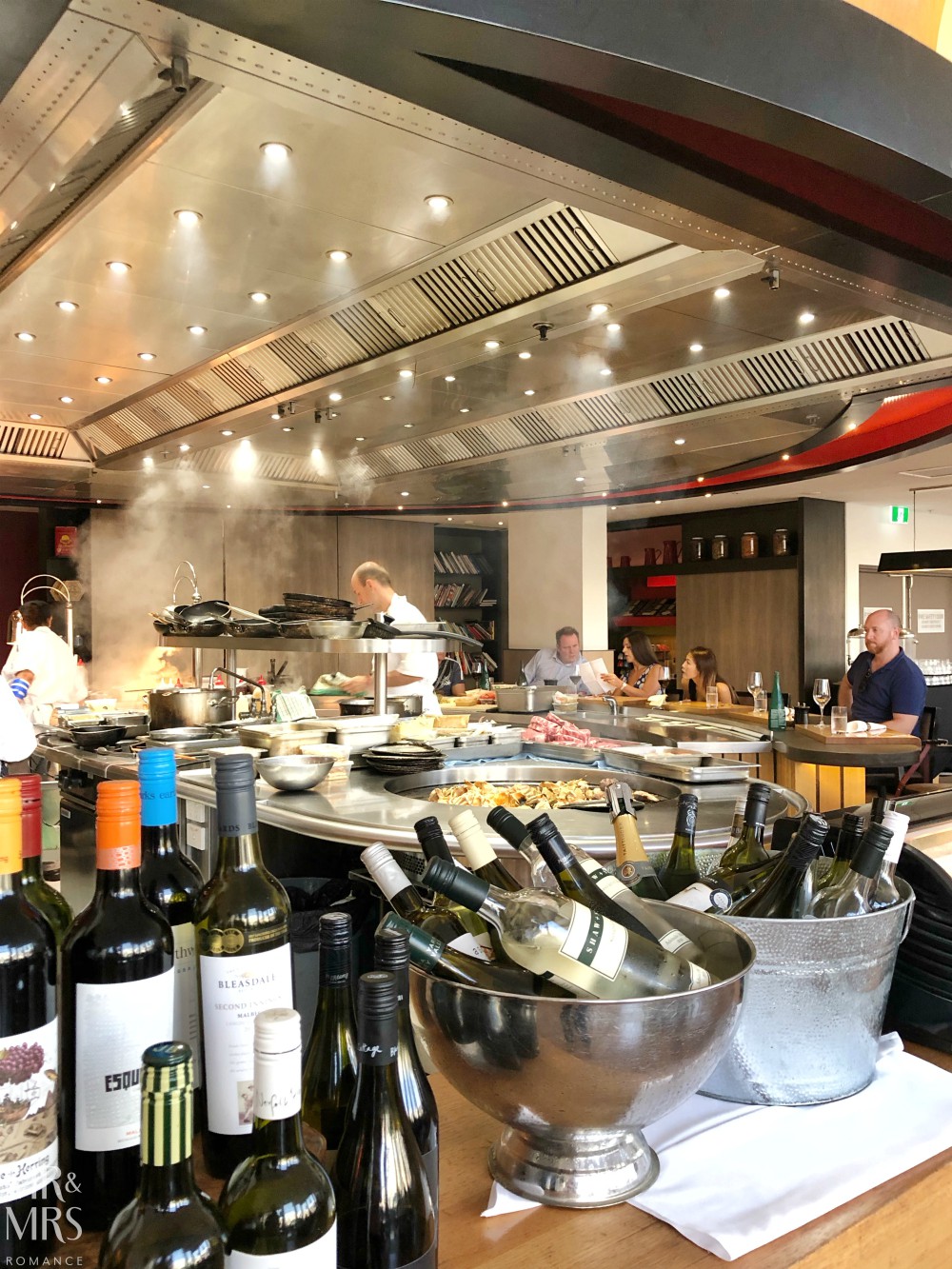 The Ternary gets its name from the Latin word ‘ternarius’ meaning ‘made up of three’. This restaurant’s three hands – the bar, the grill and the wok – proffer a surprising drinks list, a substantial steak and seafood menu and Asian theme that weaves flavours throughout the cuisine.

Seating options range from bar-side and regular restaurant pozzies to front row stations at the sides of the open-plan grill kitchen.

Christina and I love sitting up where the magic happens. In fact we prefer these seats to regular ones. They’re in demand though, so make sure you ask when you book. And believe me, you’ll want to come here. 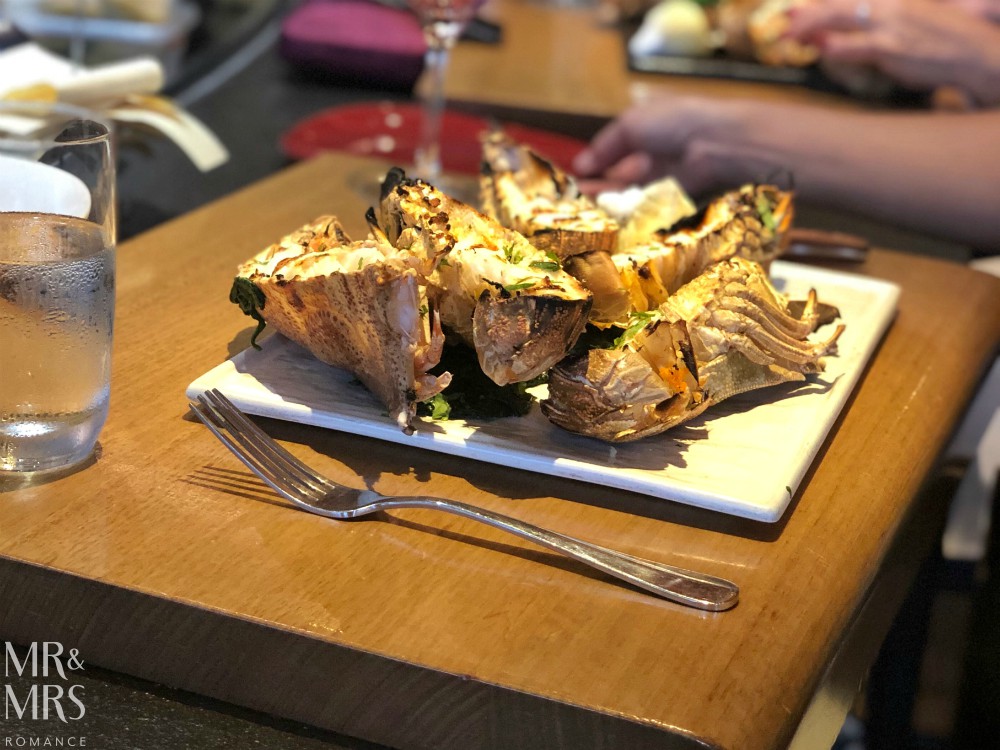 We’re dining from the degustation menu tonight, which seems to be the best option when there’s so much to choose from. But the lady next to us has ordered the balmain bugs from the grill. I can’t help sneaking a photo. Look at them!

Shortly after this shot, she empties the shells of these delicious crustaceans and the pile of delicate yet rich white meat smells incredible. It’s a good job that Chef Lukasz Pasniewski and Chef Gioia have our backs tonight. They both reassure us there’s plenty of food coming our way! 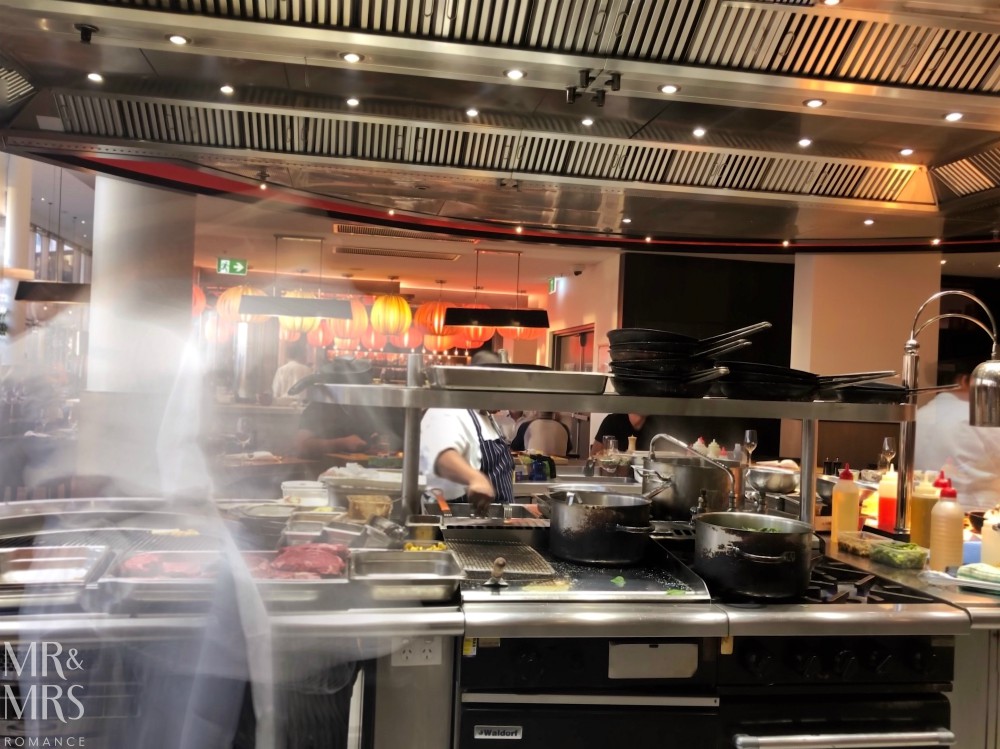 Chef Lukasz is stationed in front of us, which is pretty cool. He is quite literally a blur of motion as he runs the kitchen. These really are the best seats in the house. 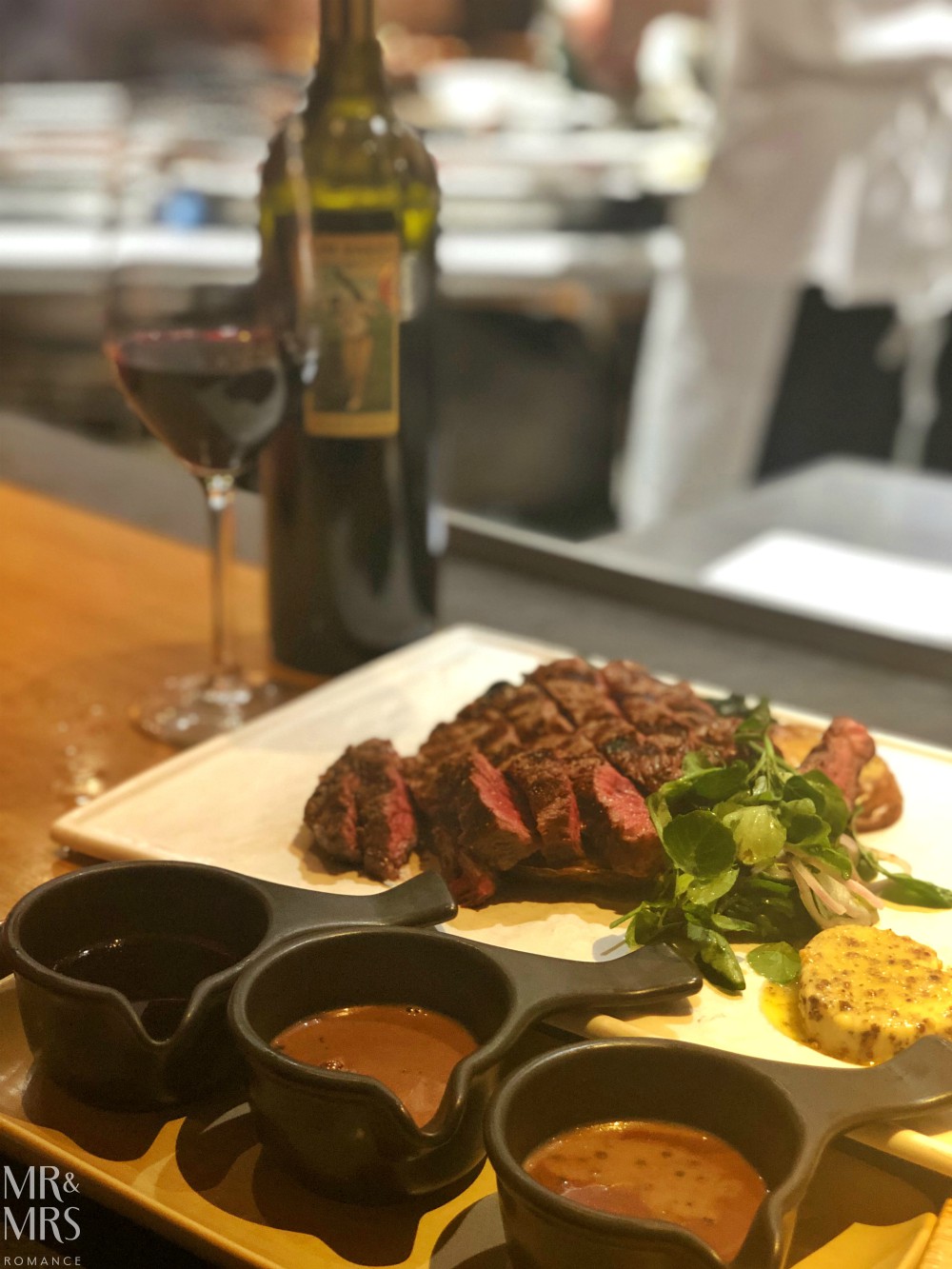 After a journey through the menus here at The Ternary, our dinner peaks at this point: the steak. Perfectly cooked and rested, this scotch fillet with a choice of three sauces (the red wine one is the best) is truly remarkable.

We’ll be penning a full review of The Ternary in the next few days, so brace yourself for an 8-dish marathon of a dinner. With matching wines of course!