Everyone loves that shot of a city disappearing out the plane window, but it isn’t as easy as it looks to take these shots. Here are our top tips on how to take photos from a plane window. 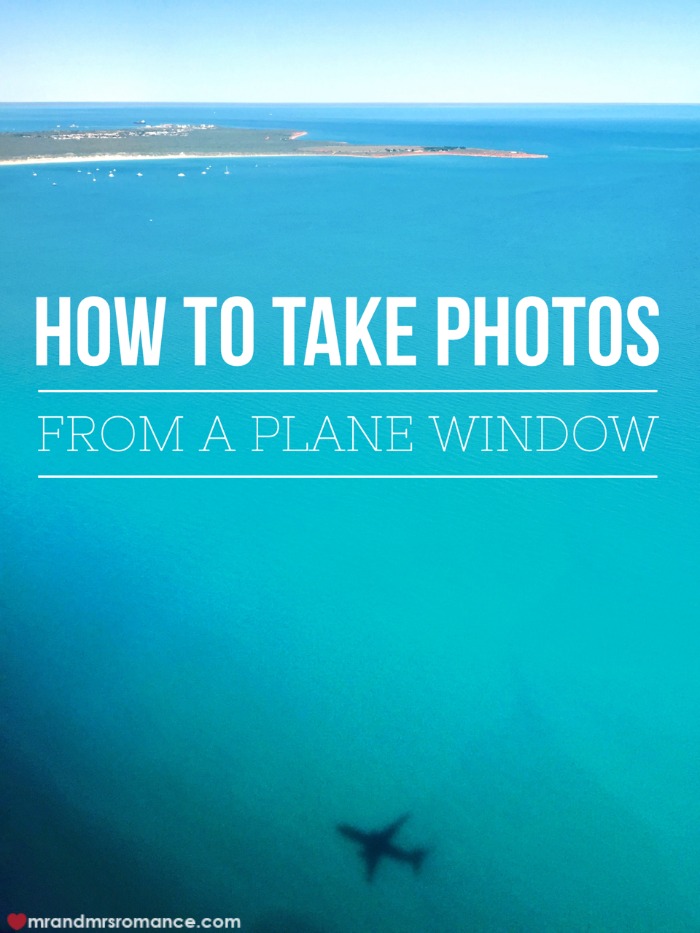 Nothing says travel more than a shot of your plane’s wing rushing past the city you’re just leaving or of a foreign coastline you’re about to cross.

The wing selfie is a classic shot. There are hundreds of photo compilations online of incredible shots like this. But how do you get the best result?

First of all, you’ll need a window seat, giving even more weight to my argument that window trumps aisle all the way. You’ll also need a camera, of course.

Thankfully most airlines these days allow you to keep your electronic devices on throughout the flight. I was surprised recently to be asked to switch off my mobile during take-off and landing though, so you might still have problems there.

But this is all obvious. So let’s get down to the nitty gritty. 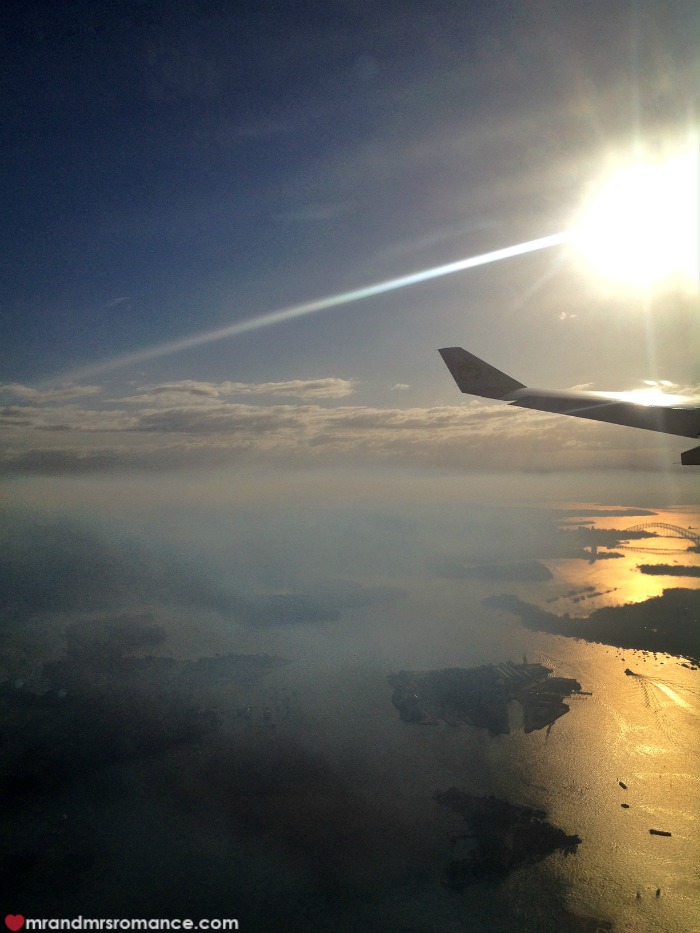 [We were flying into Sydney early one morning and there had been some bad bush fires overnight. This was the result.]

Take a couple of shots while you’re still on the ground and check for any annoying reflections or obstructions that will show in your final shot. Especially look for reflections from the window and try and block them.

2. Black is the new black

Wear a black top with long sleeves to reduce reflections coming from you as you shoot. Hold the camera or phone in your sleeves too so your hands and fingernails won’t show up in the reflection from the window.

Take a dark scarf or blanket on board. Not only will it keep you warm on the flight you can use it to cover your hands or use as a lens hood for the camera. Surround the camera’s lens in the scarf and hold it all up as close to the window as possible. 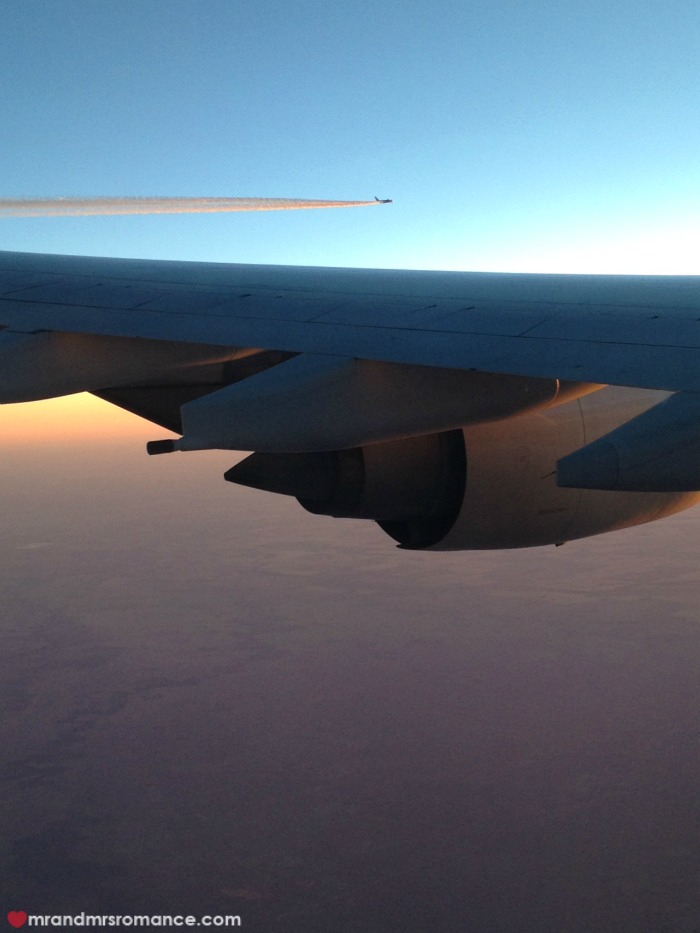 [This plane came so close to us as we were flying from Abu Dhabi to Kuala Lumpur. Very strange.] 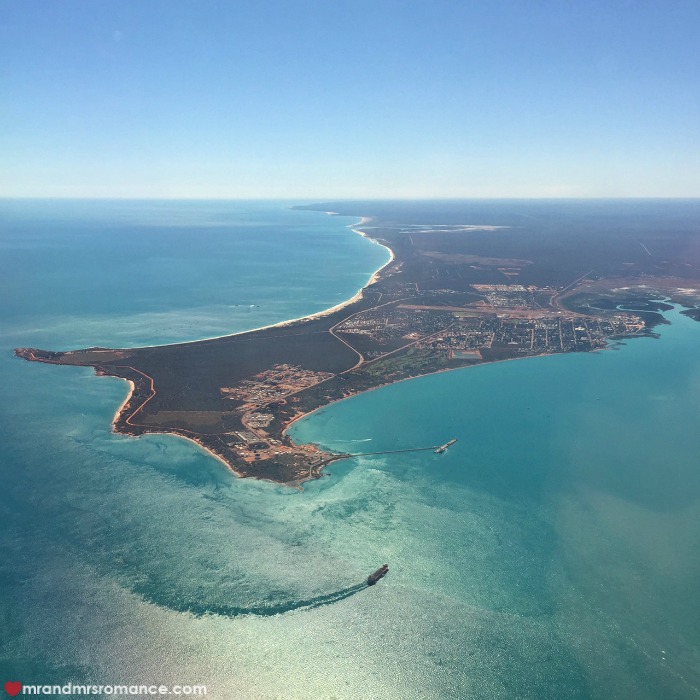 [The view as we came in to land in Broome, WA was amazing. Shortly after this shot we even saw 2 whales – a mother and calf – swimming along!] 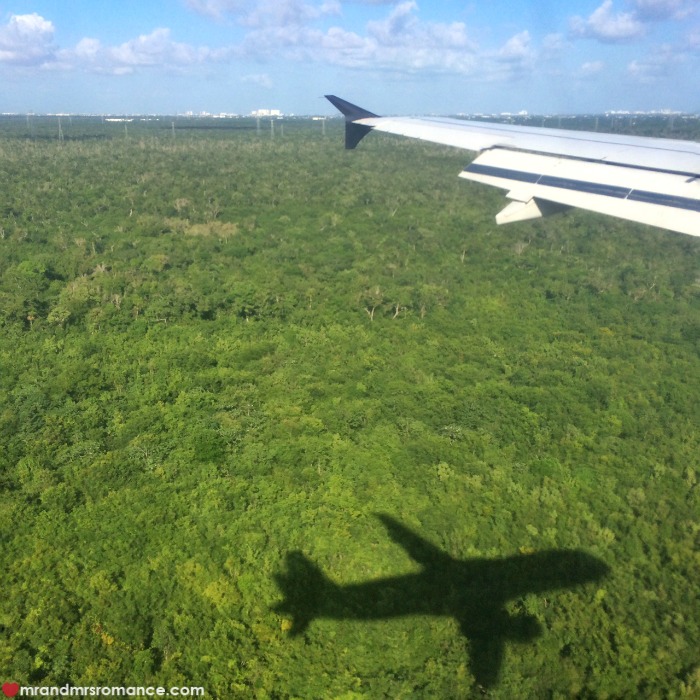 [A shadow came up to greet us as we landed in the jungles of the Yucatan, Mexico!]

4. Get into the vibe but not the vibrations

Shoot close to the glass but not touching it or you’ll get vibrational interference. Try to keep your elbows off the armrest and hands away from the wall as this may shake your camera too.

If you’re shooting from a helicopter or small prop-driven plane, you might find the vibration from the rotor blades is too much for your camera. Phone cameras don’t have enough stabilisation tech to deal with it but some DSLR and mirrorless cameras like this one do.

Shooting video from helicopters is virtually impossible unless you have the right equipment. You just get too much interference.

5. Look for scale and points of interest

Don’t always exclude the plane – wings, wheels and the window frame can give context and scale to your images. As you shoot, look for things that create a focal point – even if they’re not in the middle of the screen.

Turn your flash off. It’ll have little or no effect on your photo. It will light up the cabin and your window (causing more of that darn reflection) but it won’t be strong enough to reach the view below you. 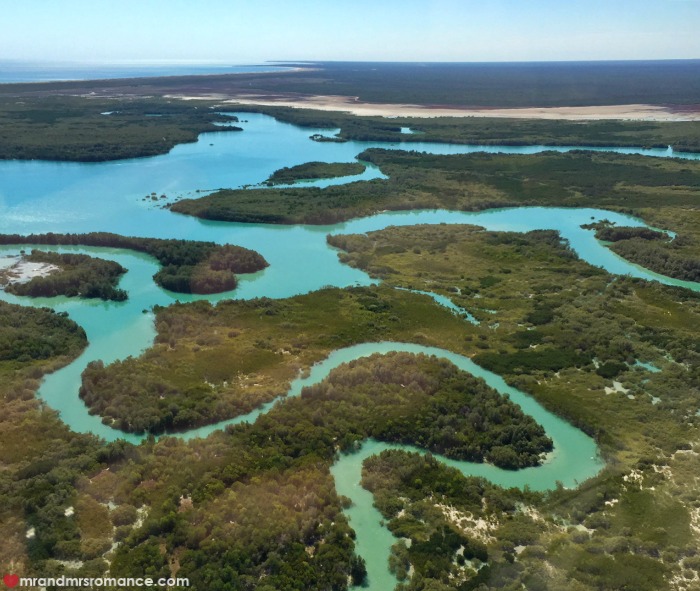 [The waterways around the Kimberley, Western Australia are stunning. This was taken from a 3-seater helicopter on a tour round a pearl farm.] 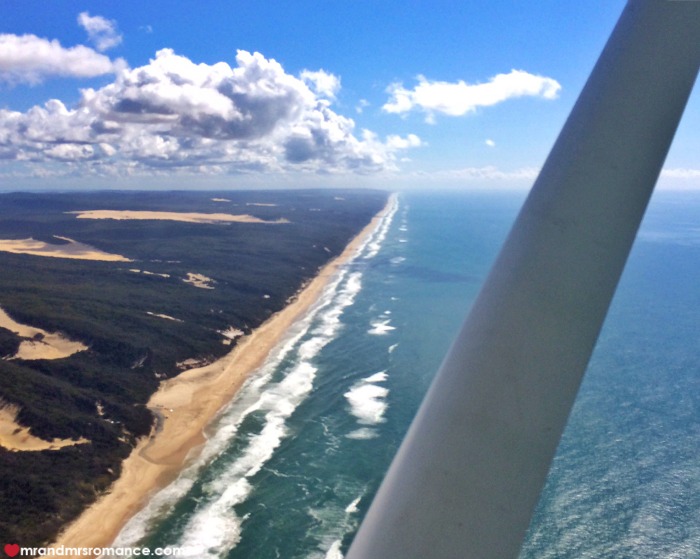 [The coastline along Fraser Island is incredible. From the window of a small plane, which takes off and lands on the beach, this is the best way to see the World’s largest sand island.]

If you want a shot of the window framing the view outside, use the HDR (High Dynamic Range) feature on your phone or camera. It’s a super-smart bit of tech that takes at least 2 photos at once.

This is a developing technology, so some phones might not do it perfectly, but your photo will be better than without it.

8. Make the best of your shots

If you’re going to share your shots, edit before you post – especially the horizon. It’s such a shame when you see beautiful photos from the sky spoiled because they’re on the wonk.

There are hundreds of in-phone apps that can rotate your photo so the horizon’s straight. My favourite – SnapSeed – even rotates and fills in the gaps by guessing what would have been there. This way you don’t lose any of your image’s width or height.

Don’t be afraid to play around with post-production colour balance and exposure either… unless you shoot for National Geographic – in which case you can’t!

Try not to shoot at an angle to your window. The more acute your angle, the more distortion and blurring will occur. This is because you’re shooting through at least 2 layers of coated glass and plastic. 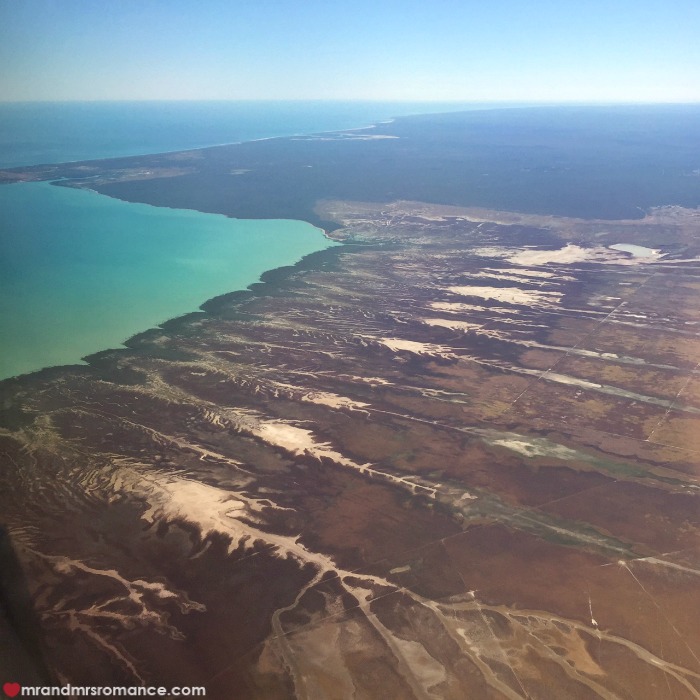 [The water flowing back into the bay in far north Western Australia make the most amazing patterns on the land.] 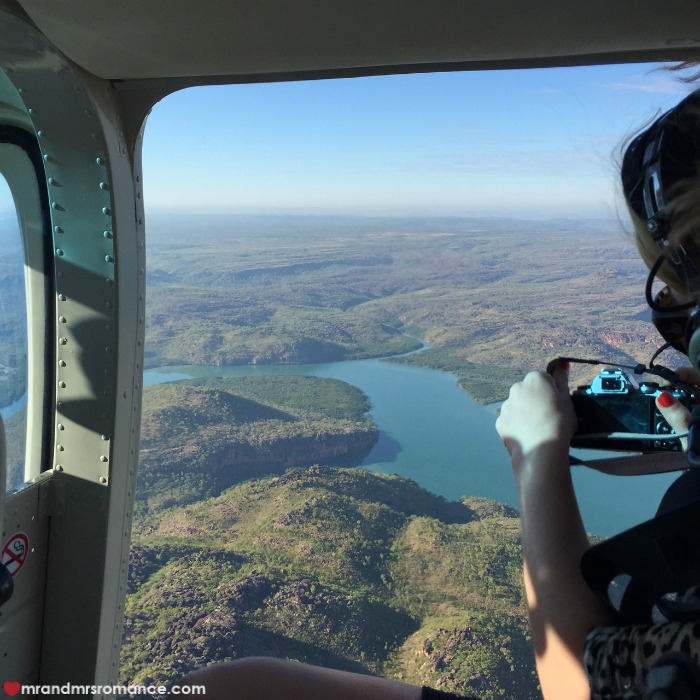 [The best way to shoot from the air: your own helicopter with no windows and a good camera with stabilisation tech. This is the Hunter River, WA.]

If you’re shooting from a small plane or helicopter, or from one without any windows, use a polarising filter. They attach to the end of your lens and remove reflections from normal glass, and cut down on glare from the sun and off water.

Polarisers make skies look bluer and water look clearer. So if you’re at the beach or visiting an aquarium, one of these will make your day.

If you’re in a bigger commercial plane, don’t use a polarising filter. Because the glass on these planes is already polarised, you’ll end up with weird purpley photos or with oily rainbow effects through them.

However, a UV filter will cut out glare without affecting the quality of your shot.

Obviously that last tip isn’t very useful if you want to just use your phone or camera without interchangeable lenses. If you do want to use a filter with your phone though, try shooting through your sunglasses. It works surprisingly well! 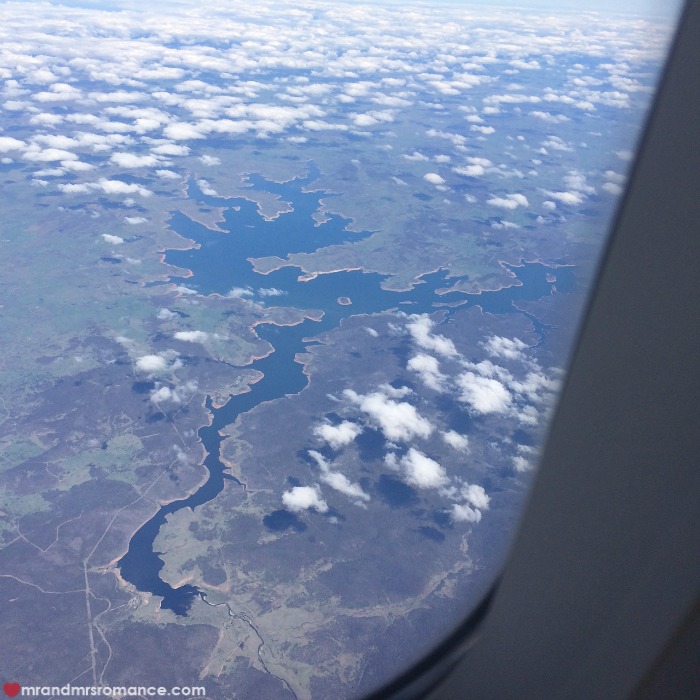 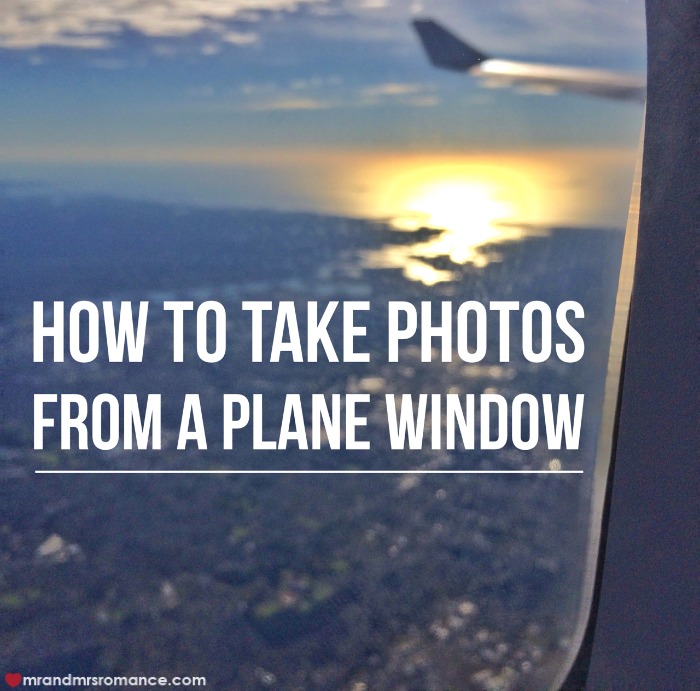 Do you have any other tips or ideas for improving how to take photos from a plane window? Which of these is your favourite tip? Tell us in the comments!

Go west, young man and eat – where to drink and dine in Parramatta, NSW

Parramatta is setting itself up as a hub for food, entertainment and fun in the west. Even as Sydney’s sprawl spreads further and further…