Taking a taxi in Italy can feel like a bit of a lottery. 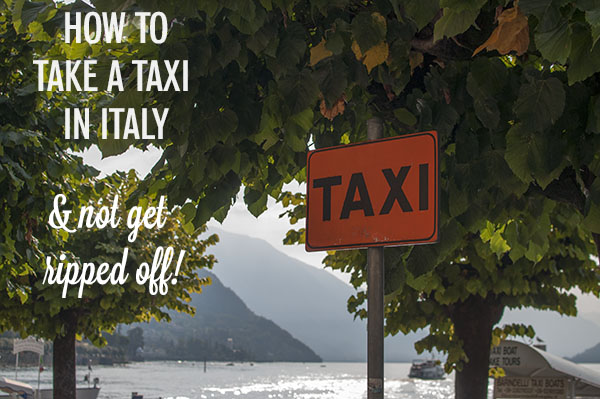 However, although they have a bad reputation, Italian taxis are really no worse that other big cities.

How to find a taxi

One of the main differences to be aware of is you can’t hail a taxi in the street.

I tried to hail a cab in Milan and was so frustrated that all these empty cabs were going past but no-one would stop. The drivers would just wag a finger as they drove by. What was I doing wrong?

Turns out that Italian cabs work to a fairly strict radio booking system and it’s illegal to stop to pick up unbooked fares on the street.

But what if you don’t have a phone? 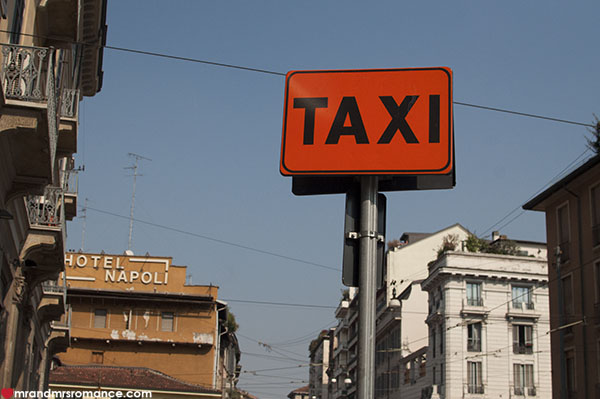 Keep an eye out for registered taxi stands located around the city. They’re marked with a clear orange Taxi sign.

Stands are often easier than phoning a cab as you need to explain your exact address, and not many operators speak English.

There’s also a quirk where drivers are allowed to start their meter from the time they accept your booking, not the time that you get in the taxi. Often there’ll be a few euros on the meter when they arrive.

If there are no taxis waiting at the stand, there’s usually a phone you can call for a taxi. But don’t be surprised if the phone is broken. Just wait a few minutes and a taxi should arrive though.

Alternatively, look for the nearest hotel. You can ask the front desk or concierge to call a taxi for you. We found this the easiest way to get a cab when we were out, and the most comfortable place to wait.

Now, how to avoid getting ripped off…

We haven’t had many problems but have heard horror stories from friends and other travellers. It can happen to locals and tourists alike so don’t feel bad if it happens to you. Be confident and don’t be afraid to argue back.

Taxis from Rome and Milan airports

Check that your cab is marked Commune di Roma not Commune di Fiumicino at the airport. Fiumicino taxis cost €60 to Rome as they charge you for them to get back to the airport. This fare does also include 1 bag per person. 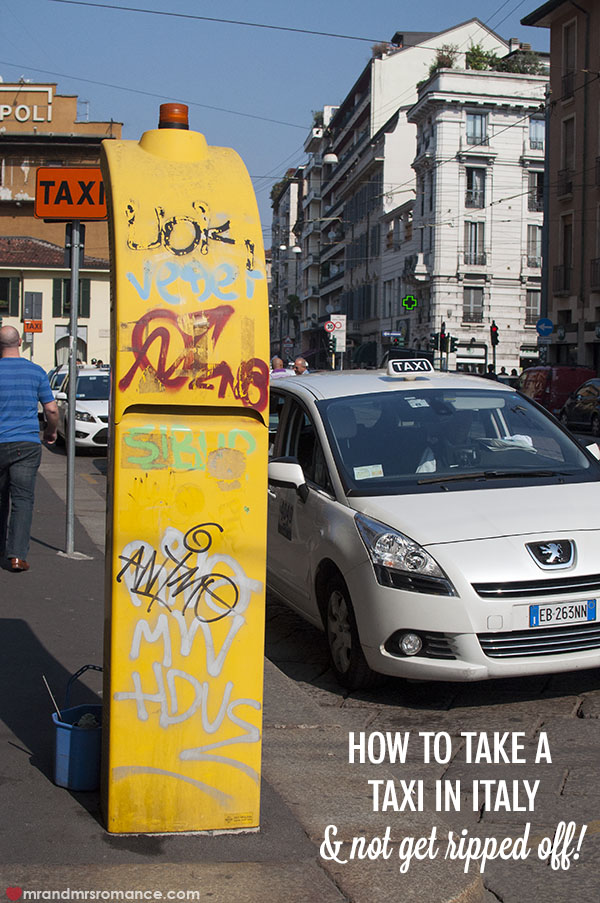 In Rome, it’s not that much more to book a private car to go to the airport (approximately €60) and this is worth it if you have an early or late arrival/departure.

When I was travelling on my own, I booked a private transfer. Who wants to be worried about arguing with a taxi driver after a 24-hour flight?

In Milan, the airport is further from the city and the fixed fare is €90. There is also a train which costs €10, which may be a better option for budget travellers.

In addition to taxi flat fees, there is a €1 charge for every additional item of luggage, and for additional people above 4 passengers.

Hope this helps you on your next trip to Italy. Being half Italian, it’s one of my favourite places to visit, and catching taxis is all part of any adventure.

Do you have any stories about catching taxis in Italy?

5 reasons to visit Tulum right now: The Mayan history With its Mayan ruins – the only ones to be found right on the…