North America is made for driving holidays. Big distances, big roads and even bigger views, the best way to see this amazing part of the world is from behind the wheel. And Highway 1 along the Pacific southwest coast of the USA is the ultimate road-tripper’s road. 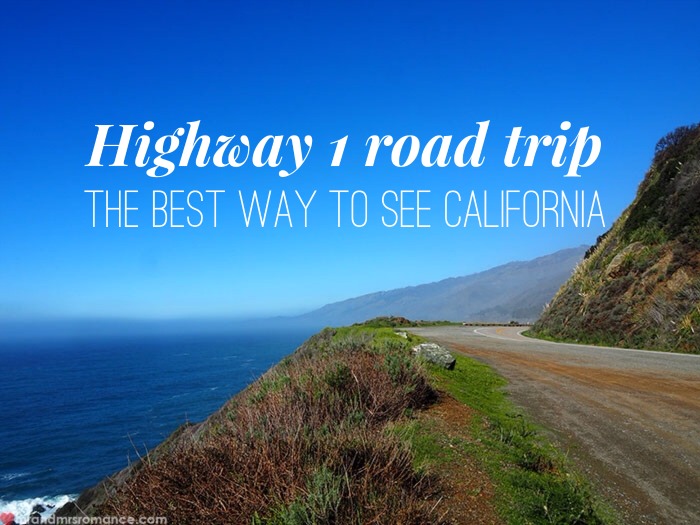 The San Fran – LA drive is one of the great American journeys with plenty of that Hollywood feel about it. Highway 1 winds and curves round some of the most dramatic cliffs and coastline, through some amazing towns and national parks.

We did this famous drive as part of our recent trip to the USA. It’s the perfect route to put to the test how good a driving holiday in the States can be.

The distances between San Francisco and Los Angeles are small – and made even smaller by modern freeways. You can get to LA in 5 ½ hours if you want to. Or even faster, take the 1-hour 15-minute flight.

But that’s not what road trips are about. 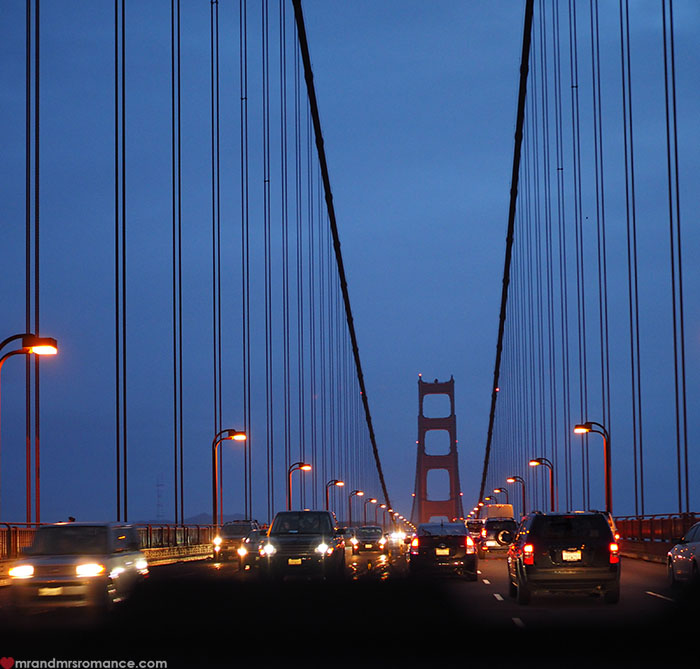 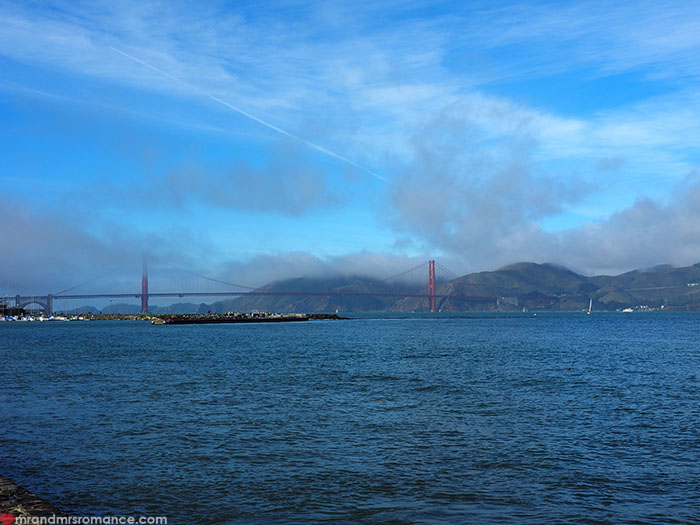 We took our time and chose the scenic route along Highway 1 as far as we could. Even then, this way will only take you around 10 hours. 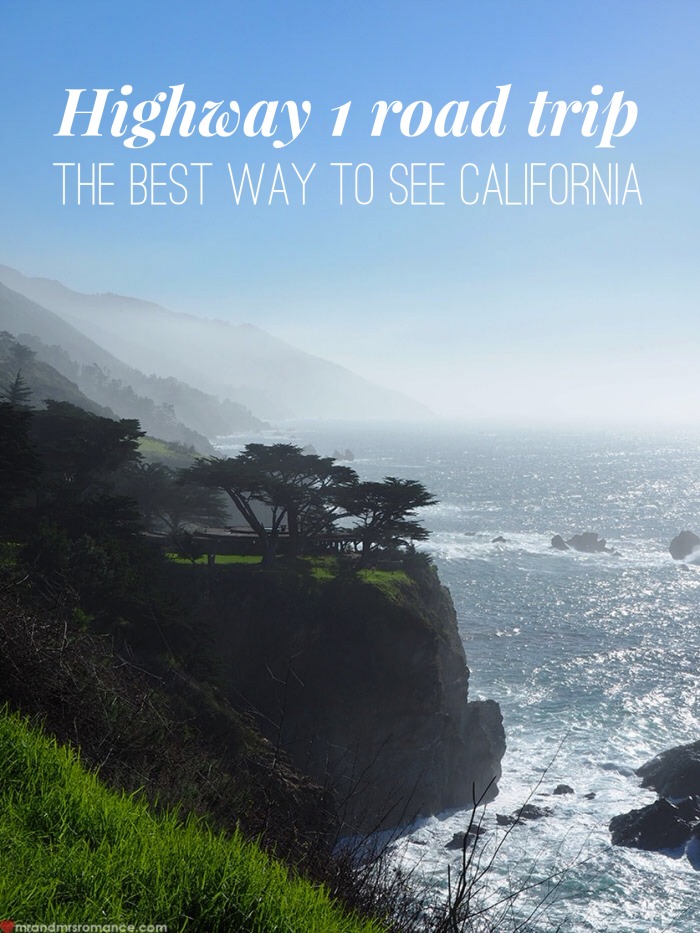 From San Francisco city centre it’s pretty straightforward to get on Highway 1 from where it splits from the 101.

Then it’s a case of following it all the way out of town. Before long you’re driving down the coast and the blacktop with its signature double yellow line is leading you on into your adventure.

We must have stopped about a million times on the way south. The views are just spectacular over cliffs and along huge beaches.

There are plenty of parking bays to pull into as you go, which makes stopping much less stressful. 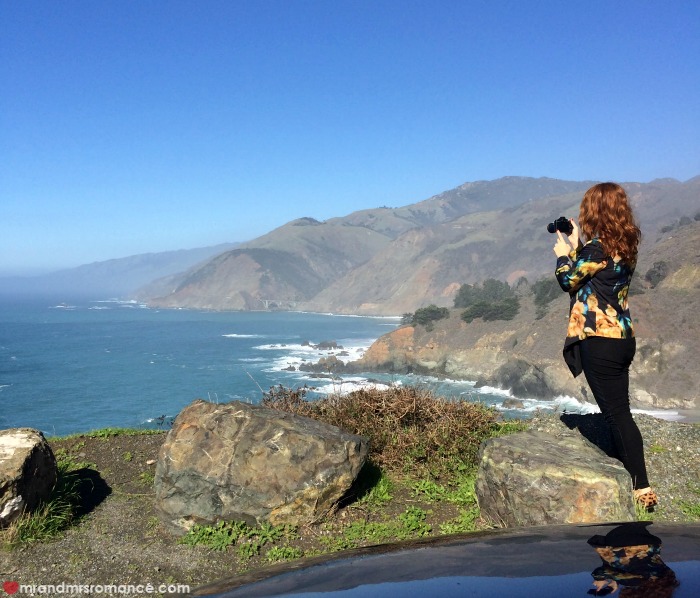 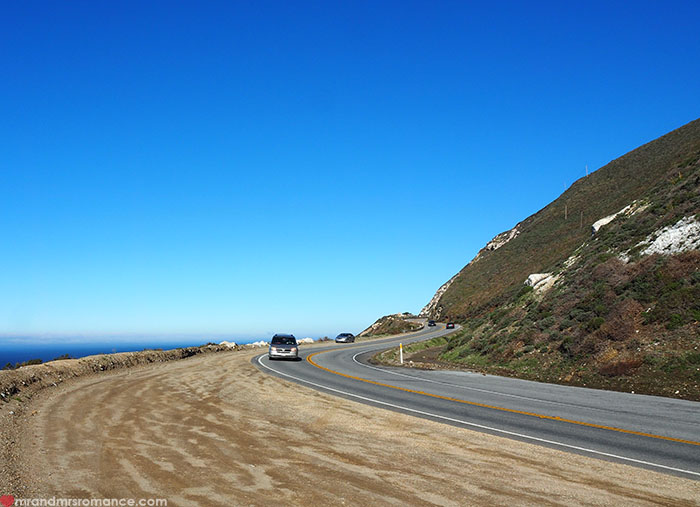 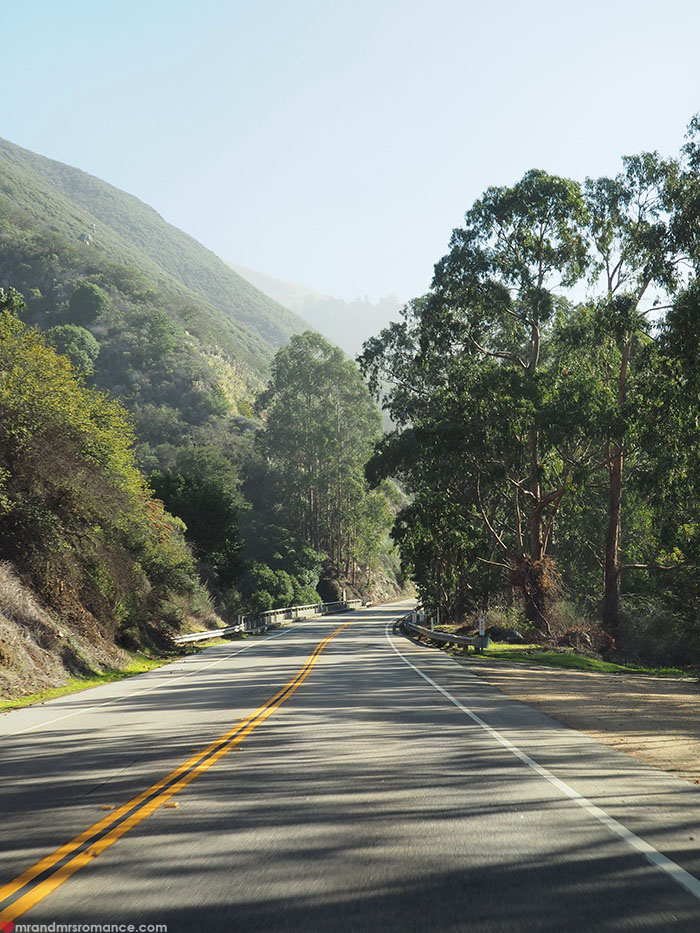 We weren’t sure where we were going to spend the night so we drove until it started to get dark and we were tired. We found ourselves in Carmel-by-the-Sea – a beautiful little seaside community made famous by its Hollywood resident.

None other than Clint Eastwood has a ranch here. You can stay here the night if you like, but it’ll cost you! 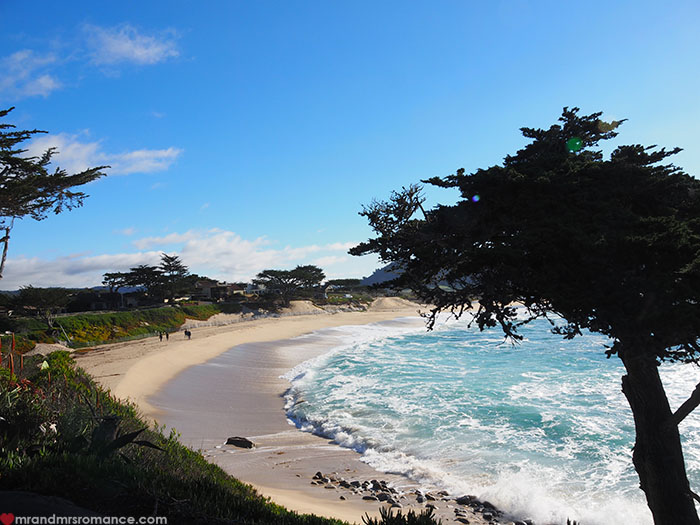 Instead we found a motel with good rates and clean rooms. The Carmel River Inn was comfortable, had free wifi and was all we needed for the night. We also had a visitor – the motel cat Penny decided to spend the night in our room.

Before you book direct though, try 3rd party apps like Priceline, which can get you some very good deals.

For dinner, Mrs Romance had a hankering for clam chowder, so we hunted out a local seafood restaurant.

Sea Harvest is a locally owned fishmonger’s but also has a little restaurant serving delicious seafood. We grabbed the last table at 6.45.

We realised we’d made a good choice to eat here. Mrs R looked up to see the table in the corner leave – it was Clint Eastwood himself having dinner here. We couldn’t believe it.

In the morning, after a quick drive round the beautiful little roads of Carmel to check out the real estate and views from the cliffs, we headed back out along Highway 1. 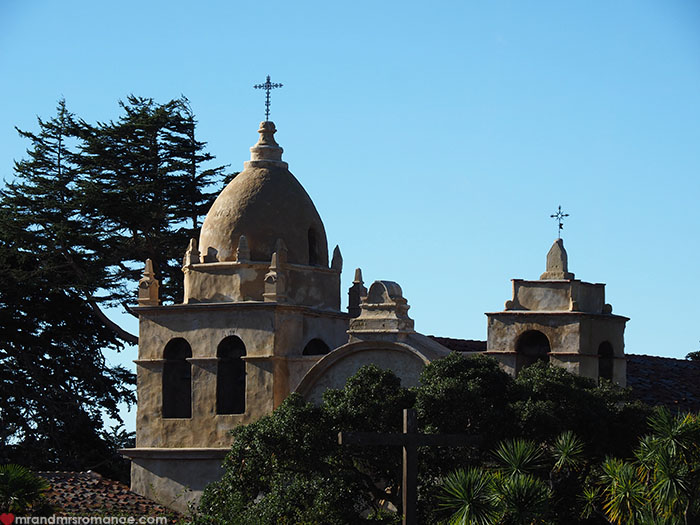 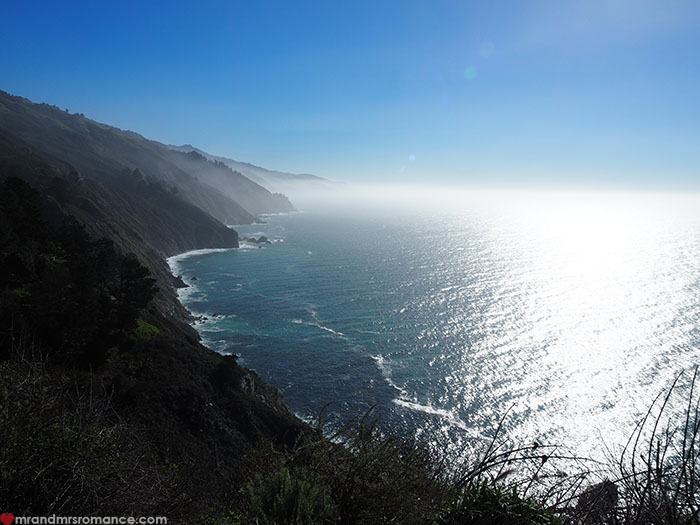 This section of the road is incredible. The coast along here is stunning and when it’s not too busy, the 1 really is a driver’s dream.

Once again, we stop off regularly to check out the views and take photos.

About half an hour south of Carmel is Big Sur. There’s so much to do in this part of the enormous Los Padres State Forest – hikes, climbs, camping and there’s a magnificent waterfall to see, but sadly we didn’t have time to explore Big Sur.

However, we did pull in at Piedras Blancas, a fairly nondescript rocky section of coastline. But this area is home to one of the largest elephant seal rookeries. 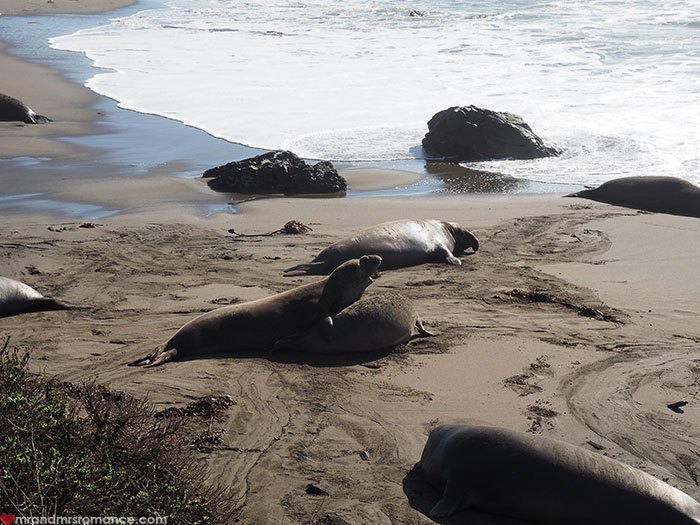 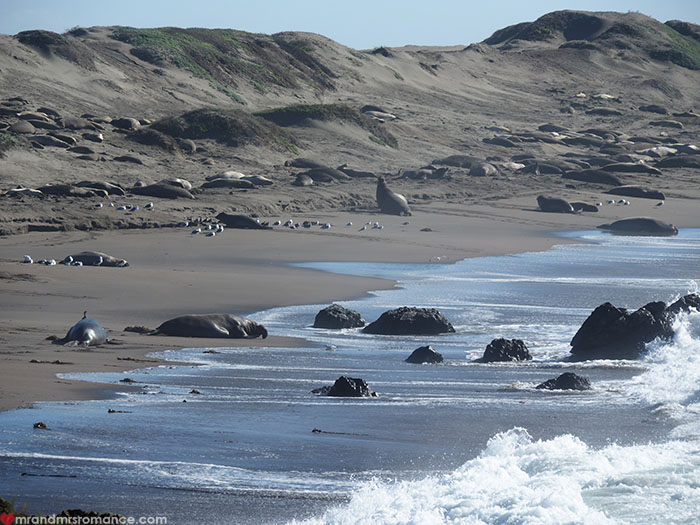 There are hundreds of them lumbering around on the coarse sand or just laying there like enormous slugs.

They’re quite active all the same and it’s not uncommon to see them flicking sand over themselves to cool, slipping into the water to feed, bellowing at each other or even fighting. Well worth stopping.

We also stopped in at Pismo Beach. Mrs Romance had always wanted to see what was so special about this beach as it’s often referenced in her favourite Bugs Bunny cartoons. He’s always trying to get there.

It’s a beautiful public beach and worth checking out – no sign of Bugs though. 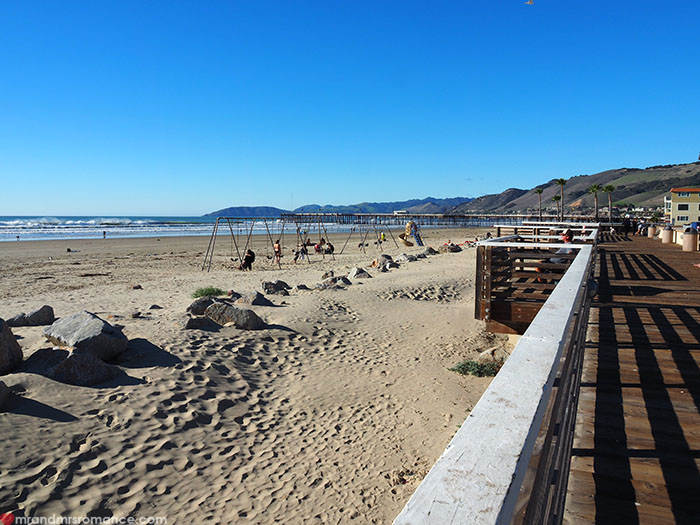 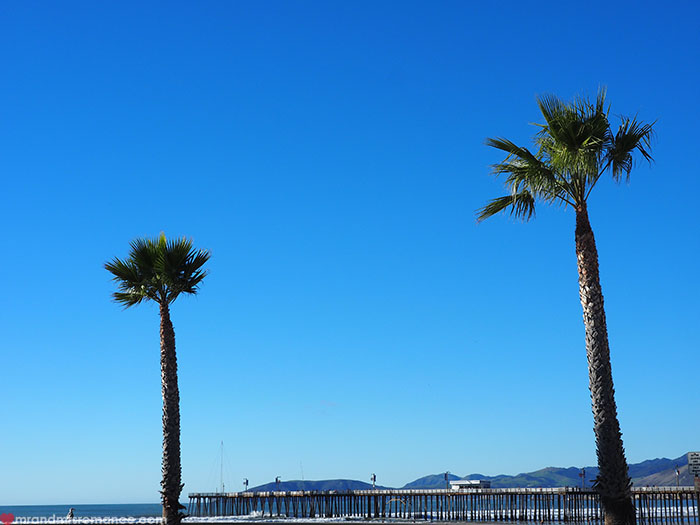 We reached our accommodation quite early tonight – by about 3.45. This was to be our last night in the States so we wanted to make the most of it before the long flight back to Sydney.

Santa Barbara is a beautiful little coastal town by all accounts but we didn’t even try to explore it. We decided to stick close to our digs instead and make the most of our luxurious surroundings.

The Bacara is an incredible resort and has a real old-school feel to it. The likes of Oprah, who also has a house in Santa Barbara, Kurt Russell and Michael Jordan are regular guests here, so the resort and its facilities really are first class.

For more information, check out our full review of Bacara Resort here.

We’ve decided that, when you’re travelling long distances like the LA-Sydney flight, a comfortable first and last night is absolutely essential. 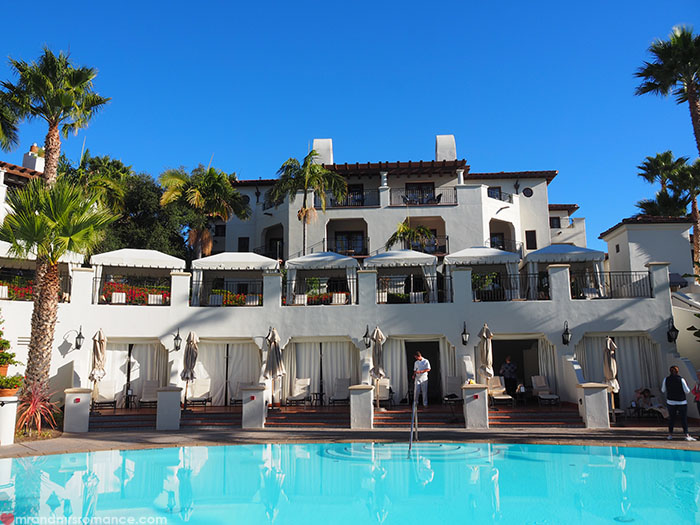 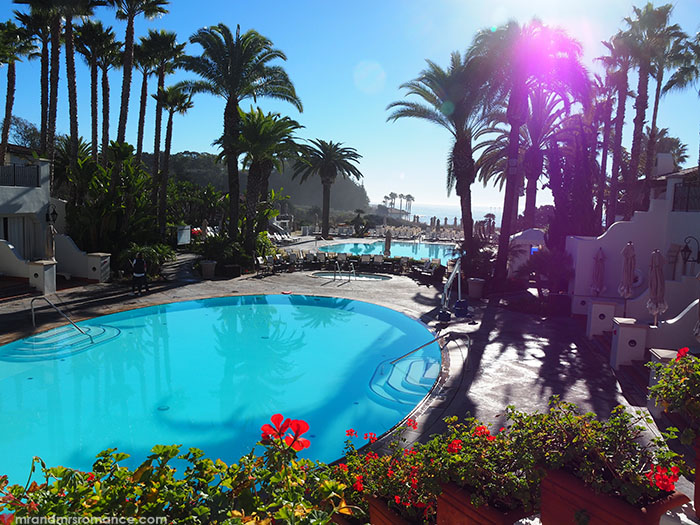 We reluctantly checked out of the Bacara to keep heading south.

At Ventura, we decided to move things along a bit. We wanted to get to Santa Monica before our flight that afternoon, so we hit Highway 101. It’s a monstrous 6-8 lane road. A real classic American freeway.

Unfortunately it was clogged with traffic, so Mrs R navigated us onto what I believe is the best road on earth. 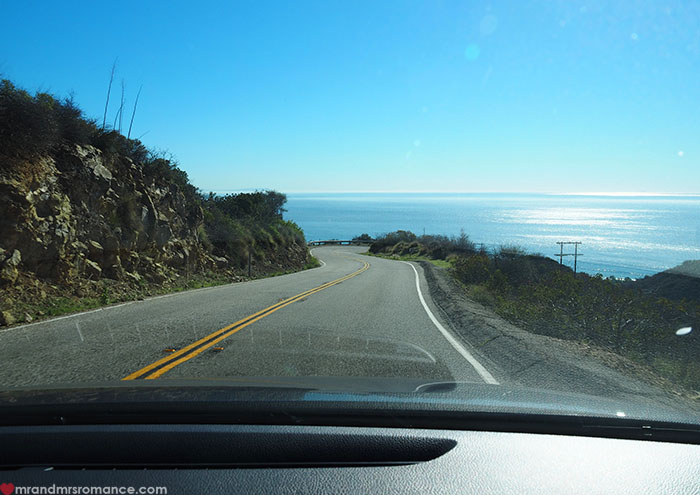 Highway 23 is the rock and roll version of Highway 1 with more hairpins in it than on HairRomance.com! It’s incredible.

Running perpendicular to the 101, the 23 heads straight for the coast and to Malibu. It’s the best drive you’ll ever do!

We stopped briefly at Malibu to check out the world famous beach and to catch our breath. The drive here really was that exhilarating. 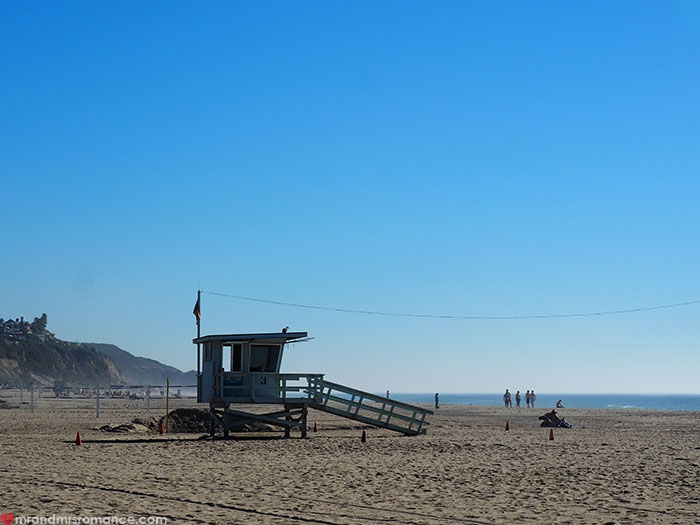 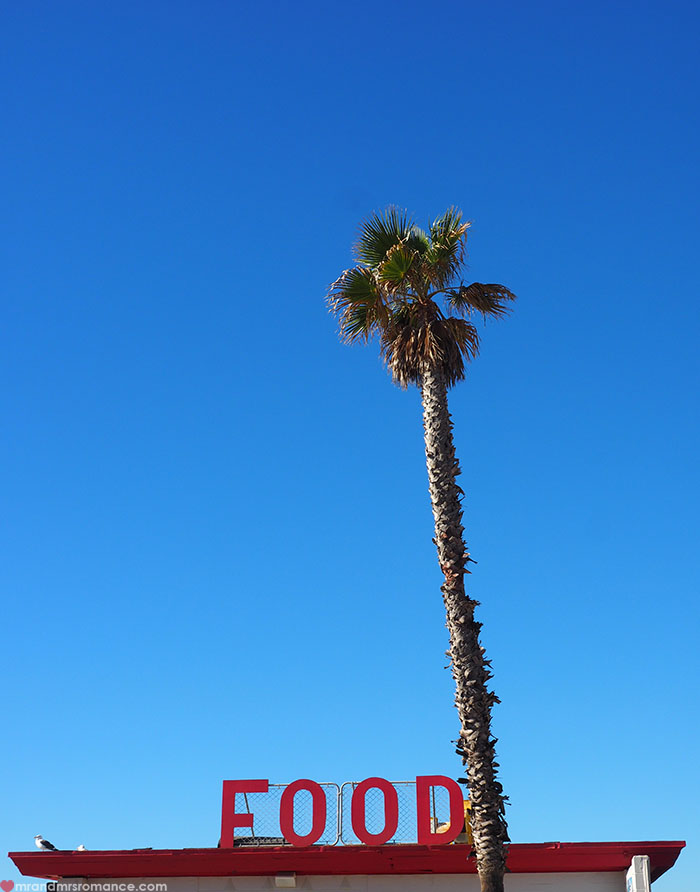 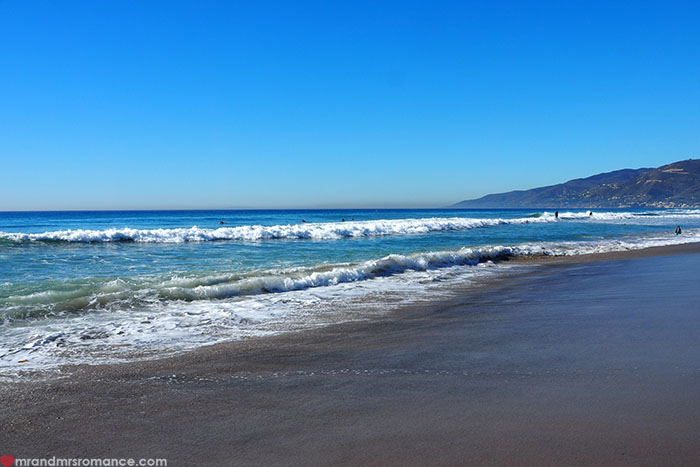 Finally it was a straight run to Santa Monica and some last-minute shopping. Santa Monica is really worth stopping in at, even just to check out the mall. But the beach is also amazing and that California vibe is super strong here.

Driving into Los Angeles – to LAX – was sad and a bit stressful. Make sure you leave plenty of time to get to the airport. LA’s traffic really builds up fast as you hit the city limits. We had plenty of time, but it’d be easy to see how things could go wrong very fast. 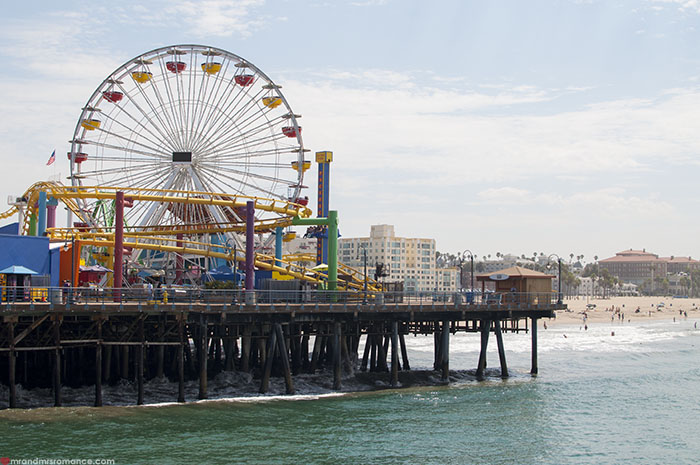 This really is a great mini driving holiday. If you’re in San Francisco and you’ve got a few days to play with, this will be the best way to spend your time.

Watch out for timing though – we were there very late on in the year – almost Christmas – and highway 1 wasn’t busy at all. In peak season, I can imagine this road becomes very congested so be aware. 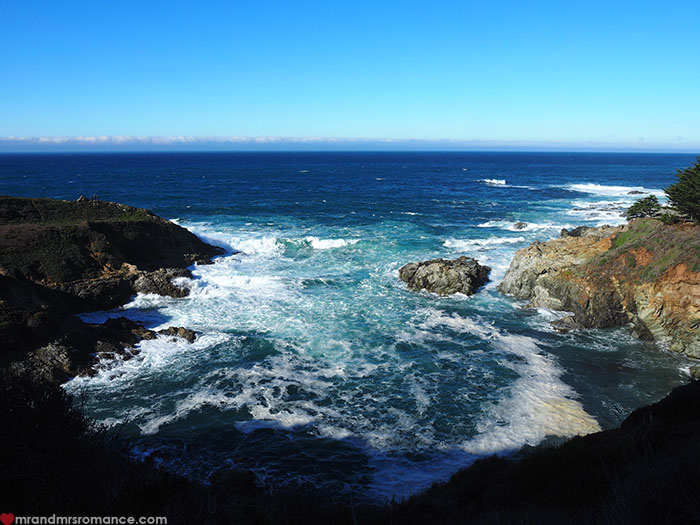 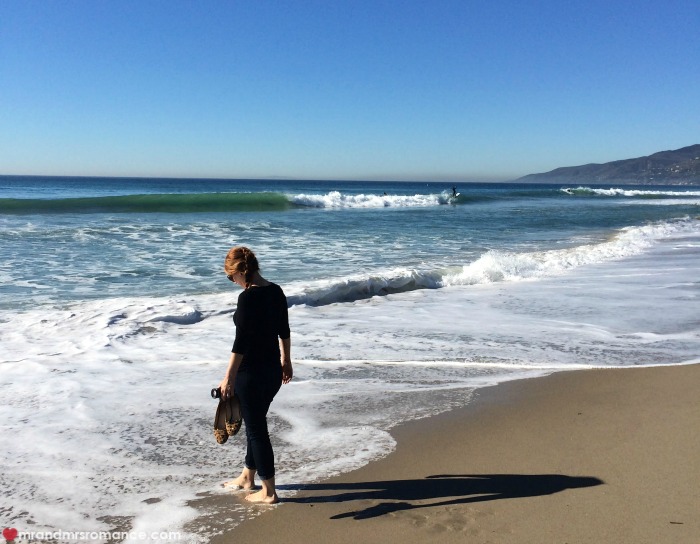 Have you ever been on a driving holiday? Where would you love to drive to? Tell us in the comments!

In my books, Sydney’s all about the sun, the sea and a good swig from a glass. That’s what I was expecting anyway, a…