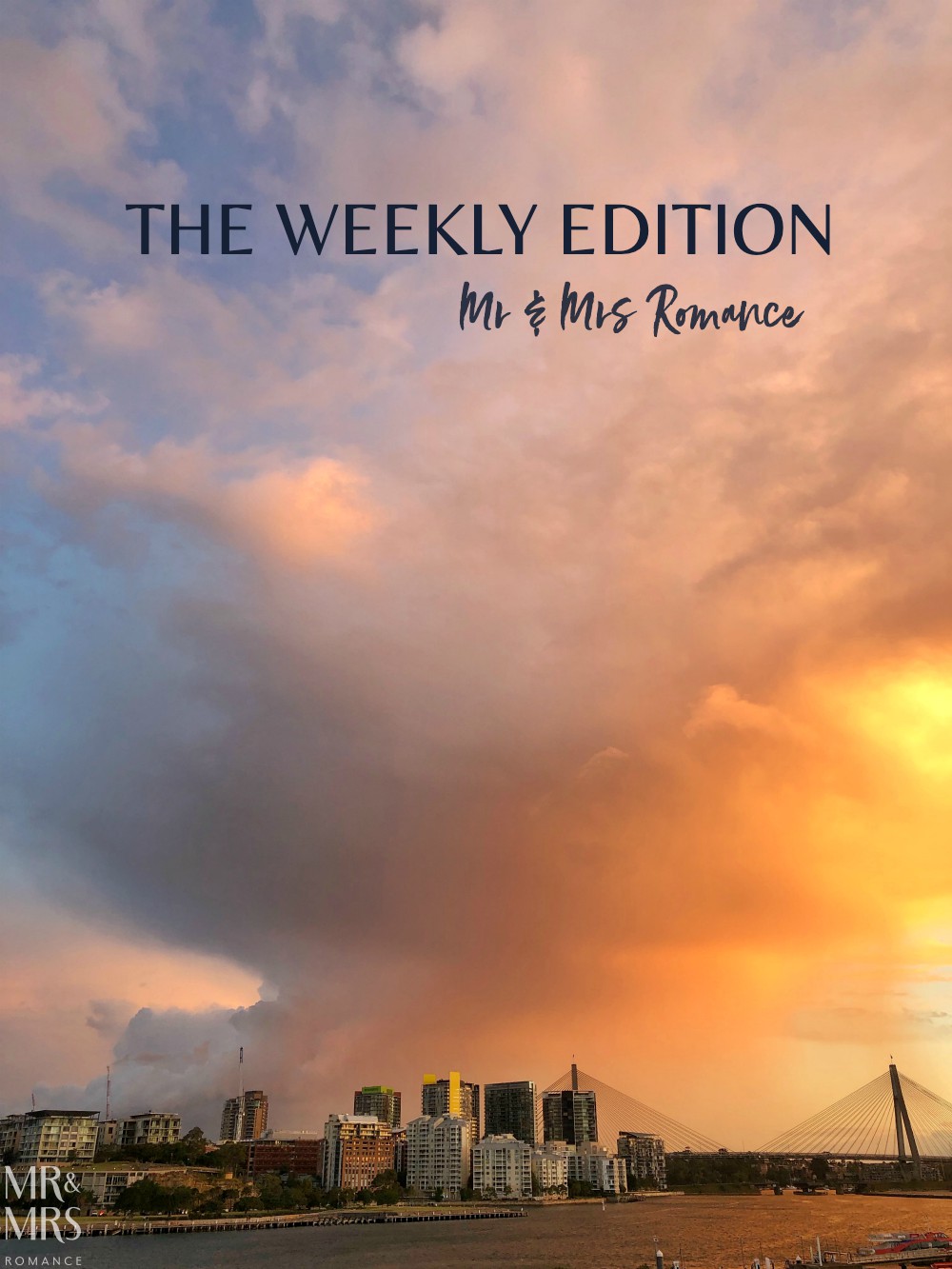 As the Sydney autumn pushes on, we’re starting to solidify our travel plans before the chill of winter sets in. Visitors to Australia often don’t realise it can get a bit nippy over the winter months.

Even worse, they forget that while the northern hemisphere is basking in its summer, down here it’s the other way round. I’ve been guilty of that. In fact, as our plans for a Europe trip come together and our minds are focused on that, we’ve got a bit confused about what season we’re about to head into ourselves!

Anyway, in this Weekly Edition, we’re sharing the opening of the city’s latest whisky bar – the Highlander – at Circular Quay, a trip to the flicks and Sydney’s autumn skies put on a show. 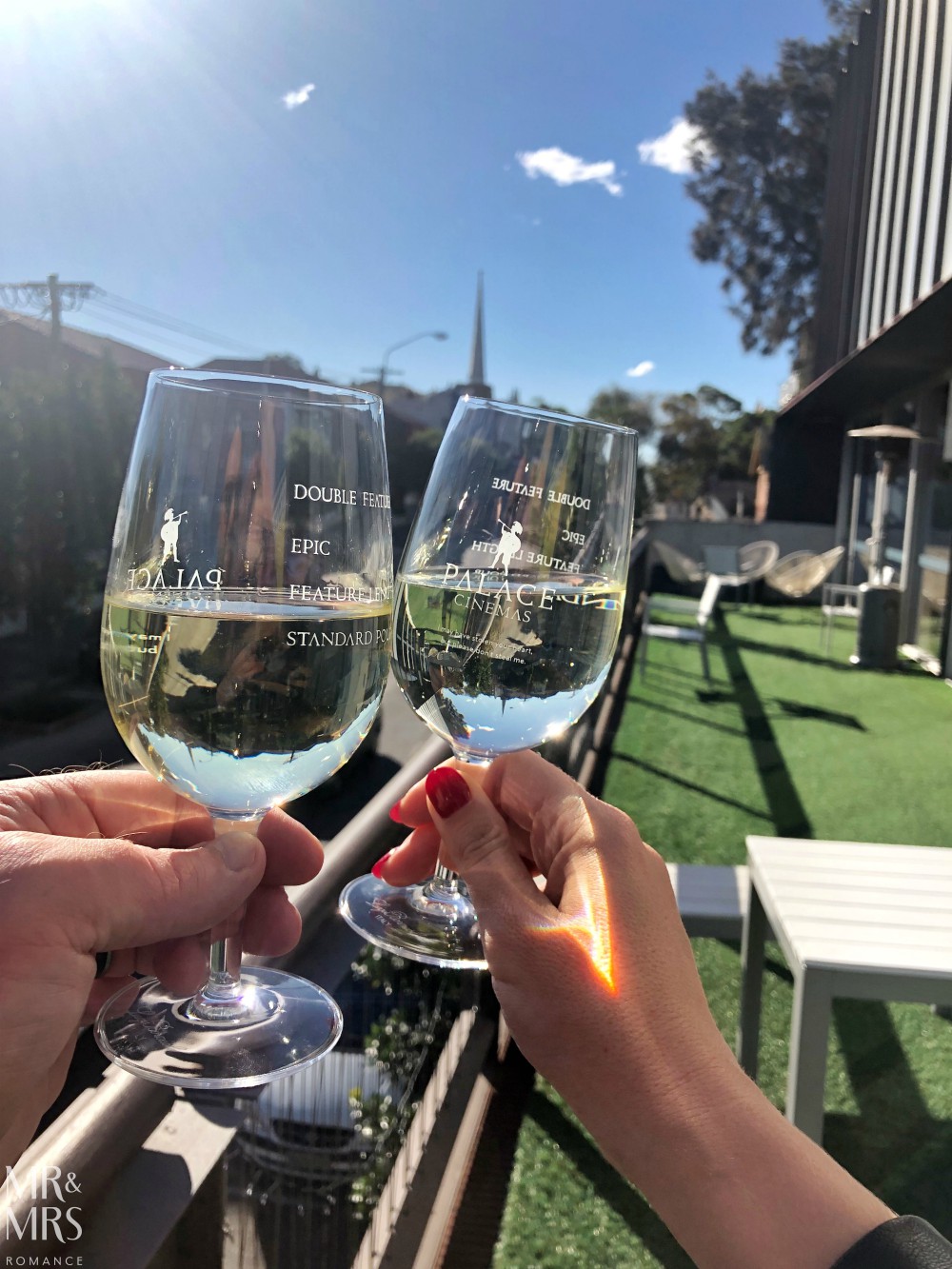 We kick things off with a good old midday matinee at our local Palace Cinema in Leichhardt. We love coming here in the daytime midweek. It’s lovely and quiet, and the balcony overlooking Norton Street is a bit of a sun trap.

We also love the Palace because you can get pretty good wine here at the bar. My Chardonnay and Christina’s Riesling kick things off perfectly.

Love the measures on the glasses too. I once ordered a ‘double feature’ pour – it was pretty much a whole bottle! 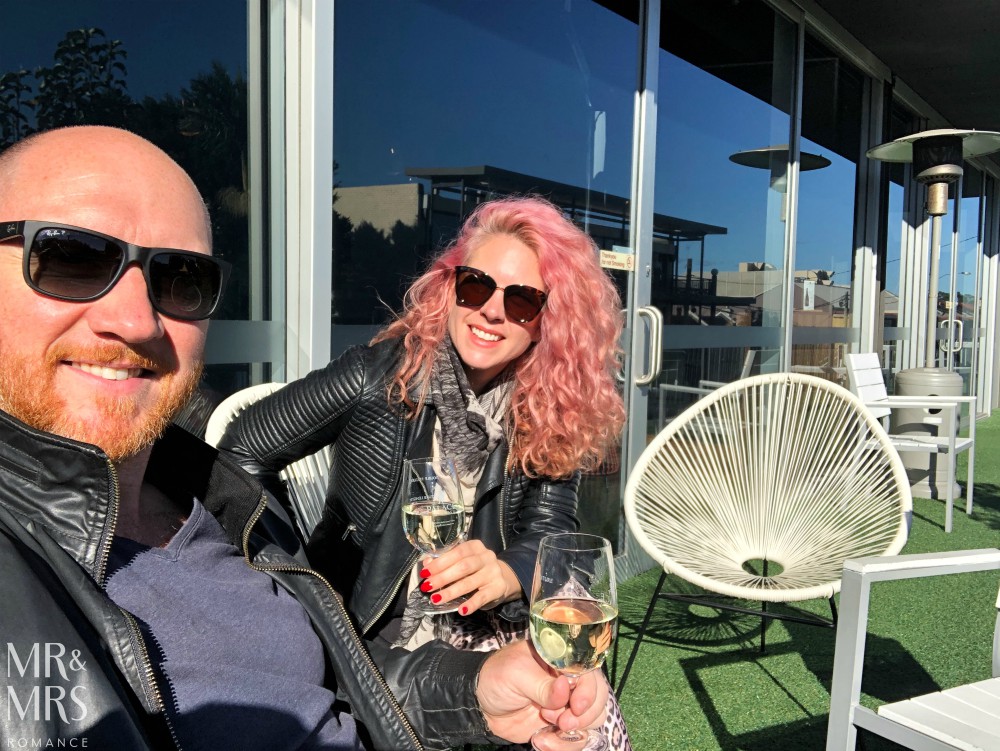 The balcony here at the Palace is the perfect spot to chill out before the movie. The Palace cinemas don’t do Tight-Arse Tuesday, they do Meagre Mondays – so not only is a film a good way to start the week, it’s also cost-effective! And if you have a membership, you’ll get an additional discount. Our tickets are $8 each today! 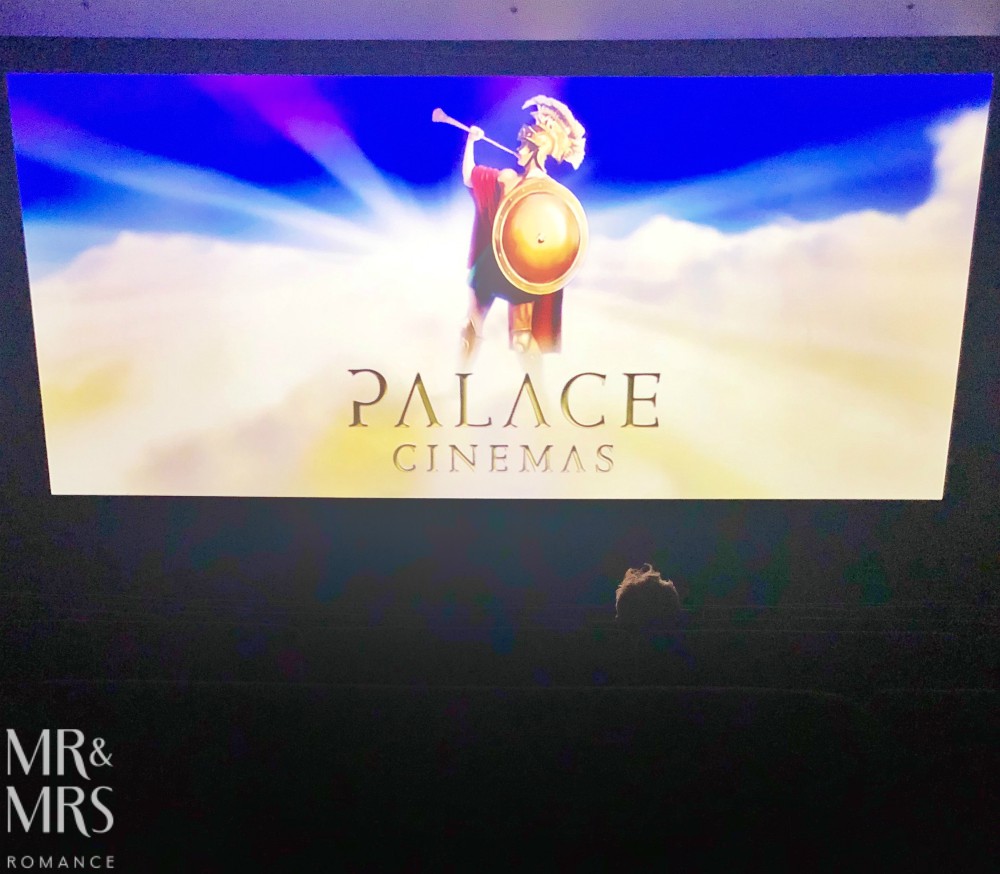 I do love coming to the pictures in the middle of the day. We’re in the screen with three other people. No one talking or using their phones during the film, no one kicking the back of your seat, no one walking in front of the screen every five minutes.

The seats at the Palace Norton Street are spacious and comfortable, which is a good thing for the movie we’re here to see. We’ve decided to watch the latest (and allegedly last) Avengers film, which is a three-hour feature. Endgame? Almost.

It’s actually a great movie, good enough that at the end, you don’t realise you’ve been watching it for three hours. There’s a good chance the directors and editors could have made it at least half an hour shorter – there are some very protracted scenes and unnecessarily long segues, but over all, it’s worth watching.

Maybe the perfect opportunity to invest in a ‘double feature’ wine measure too! 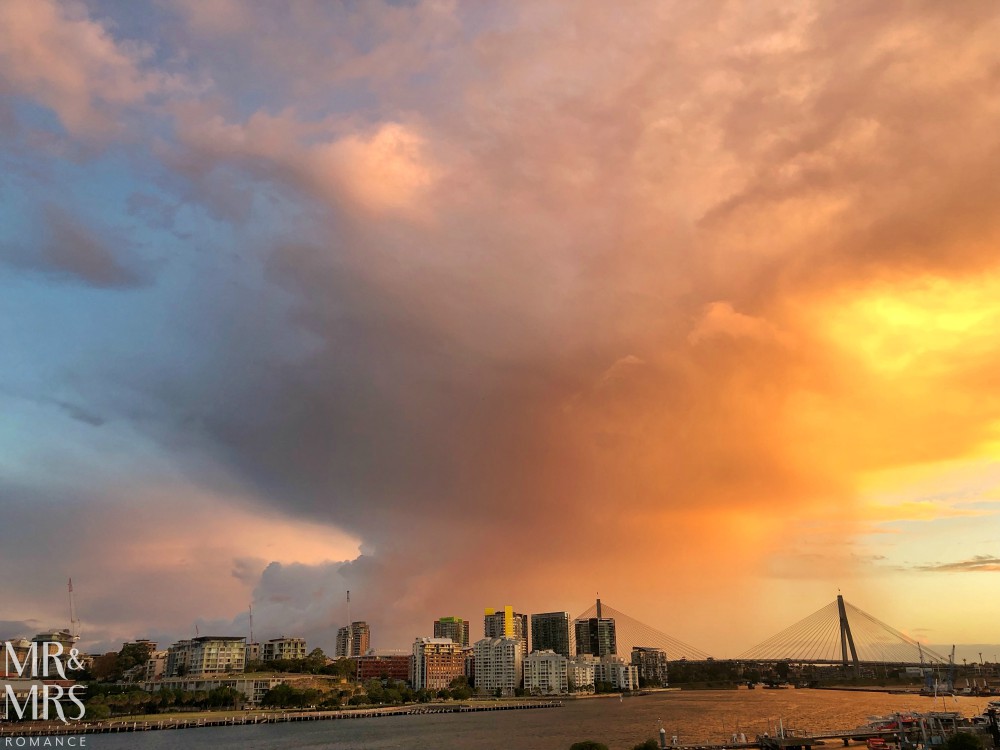 As the sun sets over Sydney, the sky lights up tonight with this incredible cloud. This is such a great time of year for sunsets – as the temperatures between daylight and nighttime differ so much. I love how the cloud splits the sky between the golden sunset and the blue hues of evening.

I’ve also captured a time-lapse video of the same cloud going over the city. Just as it passes the CBD, the cloud shows off a rainbow too. I shot this hand-held, so apologies for any wobbles. 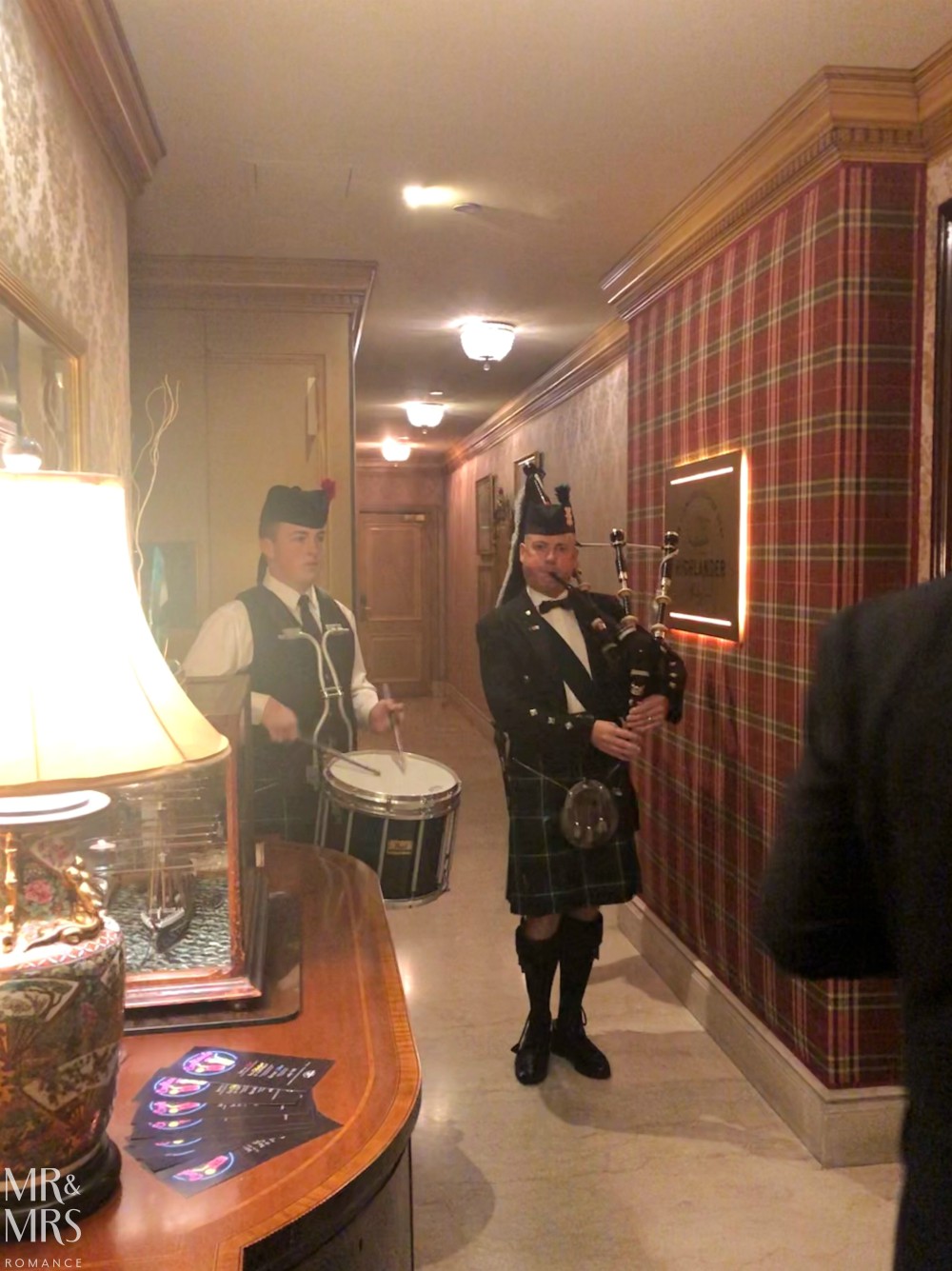 This evening, we’ve been invited to the opening night of Sydney’s newest whisky bar – The Highlander Bar in the Sir Stamford at Circular Quay.

Welcoming us and then leading everyone on a march to the doors of the bar, this piper and drummer set the scene for a night of scotch in this beautiful historic building on Macquarie Street.

The Sir Stamford is one of Sydney’s grandest, most ornate hotels – all marble floors, rich, dark wooden furniture and elegant chandeliers. The Highlander Bar is bound to fit right in. 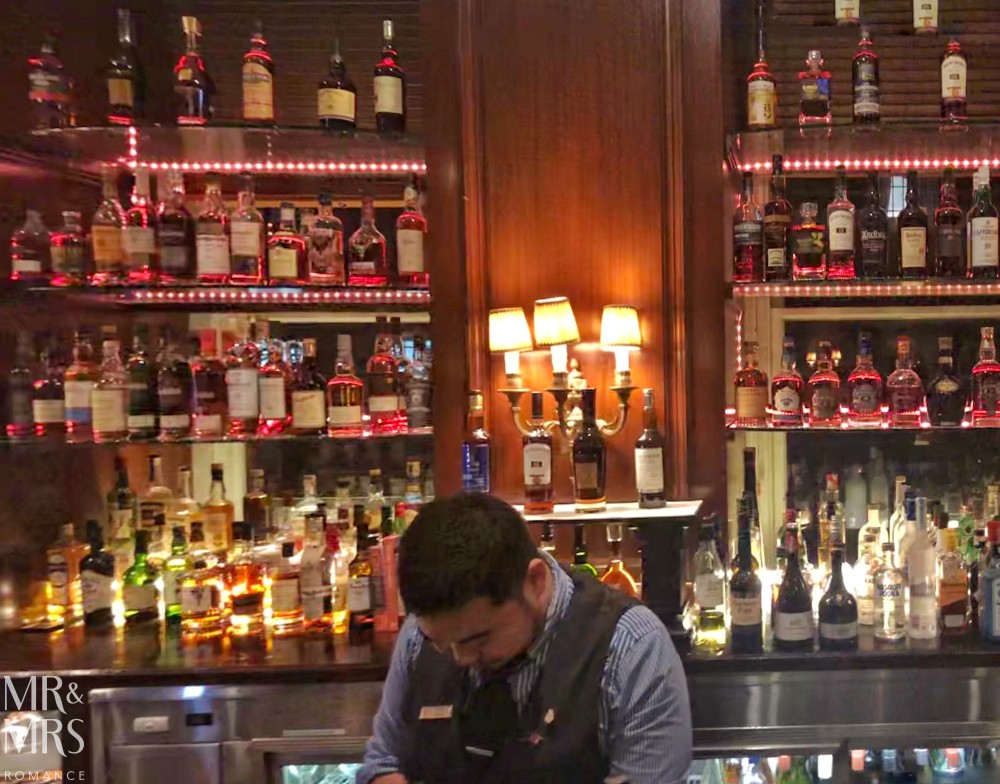 Sure enough, the Highlander Bar is exquisite. Its densely packed stock of whiskies from all over the world – not just Scotland – is quite incredible. The menu boasts several pages’ worth of whiskies. It’s very easy to imagine coming here, especially over the coming winter, ensconcing ourselves in one of the comfy Chesterfields and sipping a rare scotch here.

Flicking through the whisky menu, there are lots that I’ve never heard of before – and some that I have. Including the impressive 25-year-old Glengoyne we were lucky to try in the Distiller’s House of Glengoyne Distillery when we were last in Scotland.

To make the most of this remarkable collection of spirits, the Highlander Bar has a Whisky of the Month programme to showcase some of the rare or hard-to-find drams that don’t tend to make it to Australia.

They’re also running a whisky masterclass for people to learn about the noble spirit. The classes will be aimed at all levels, so keep an eye out for that too. 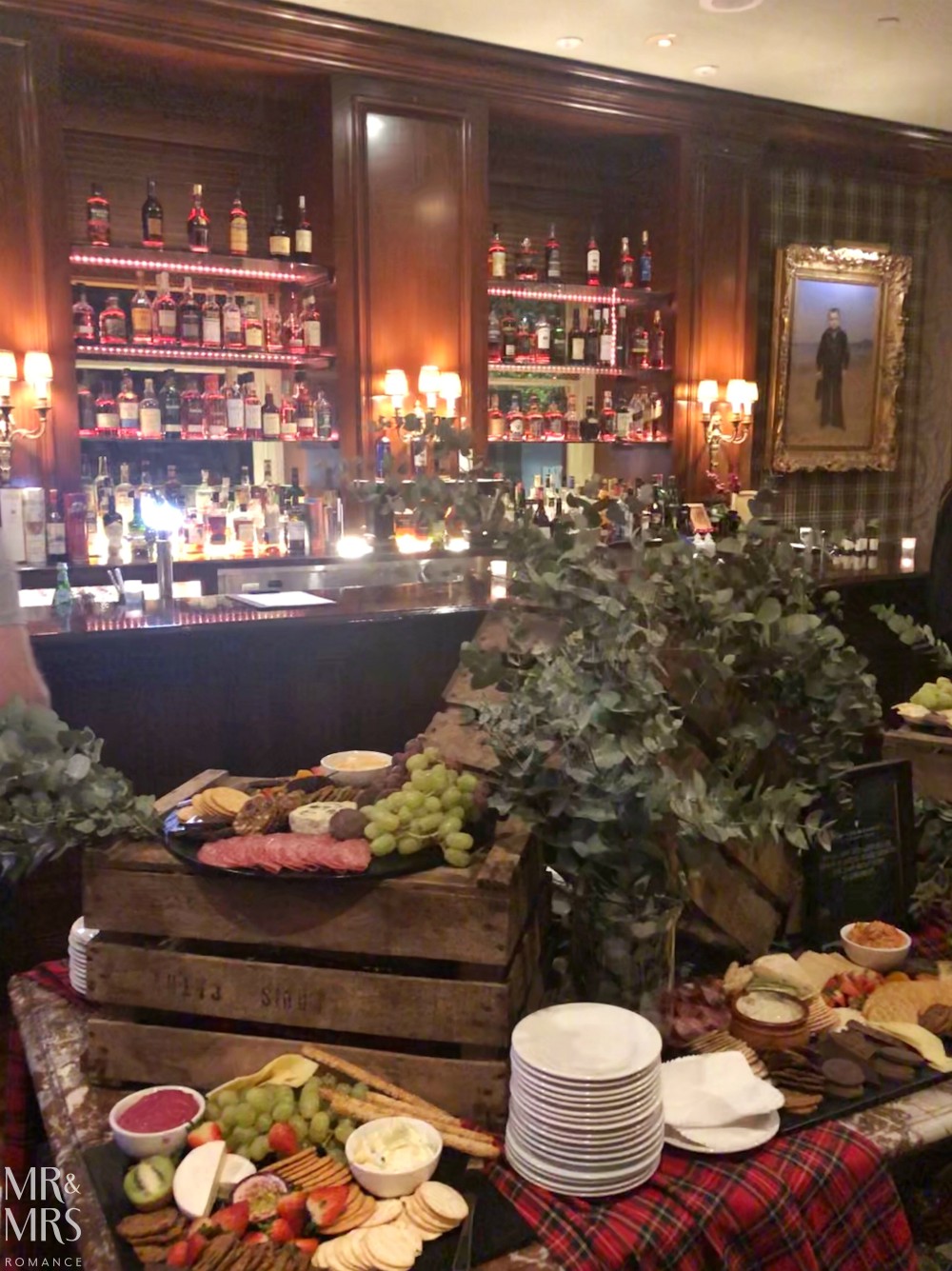 The spread in the centre of the room is as sumptuous as our surroundings. Everything from cheese to chocolate is here. Once again we’re reminded of what a great venue this is for lunch or a late-night tipple. There’s even an open fire at the end of the room, which will be very welcome as the nights get shorter. 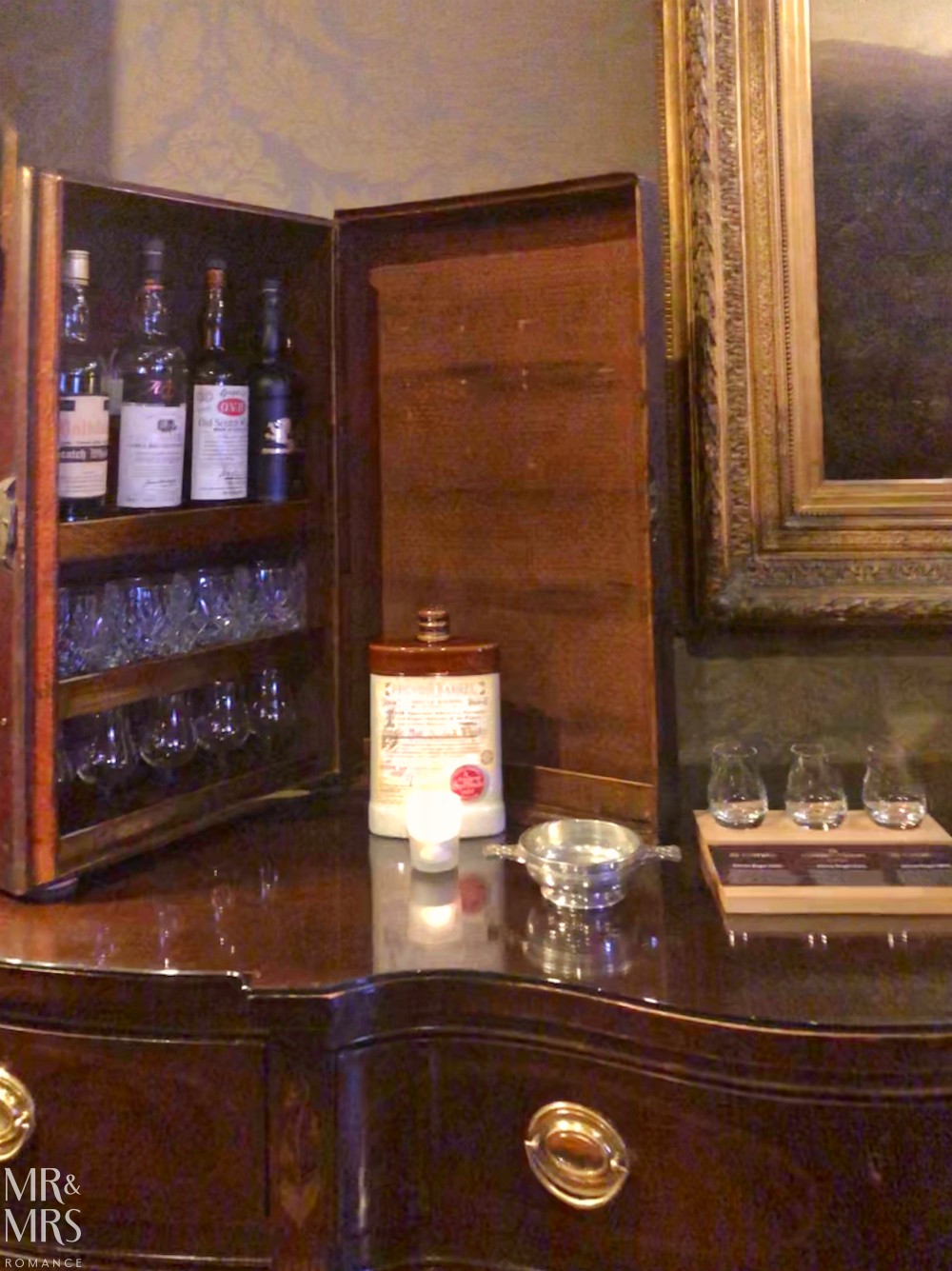 Around the room, there are little touches to remind us of the luxury and old-world charm we’re surrounded by. Vignettes to the whisky behind the bar let us know of the rare, fine spirits they have here at the Highlander. They also do whisky flights for those interested in exploring more than one distillery or to compare a single distillery’s range. 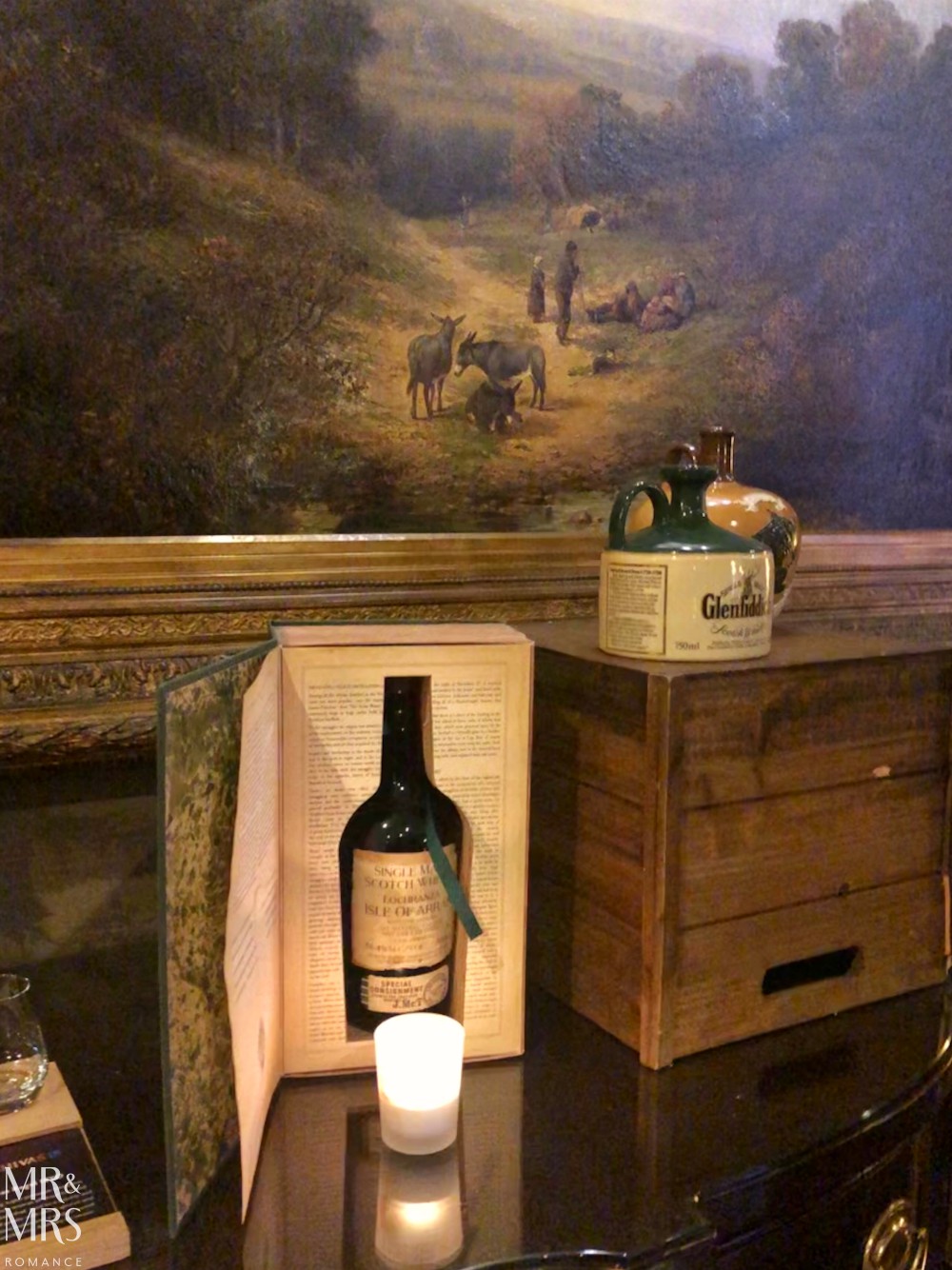 I’ve been meaning to read more – perhaps this will help!

The attention to detail tells us the kind of bar this is aiming at too. Cleverly yet charmingly decorated, it’s more like drinking in a museum or a gentlemen’s smoking room than a hotel bar. 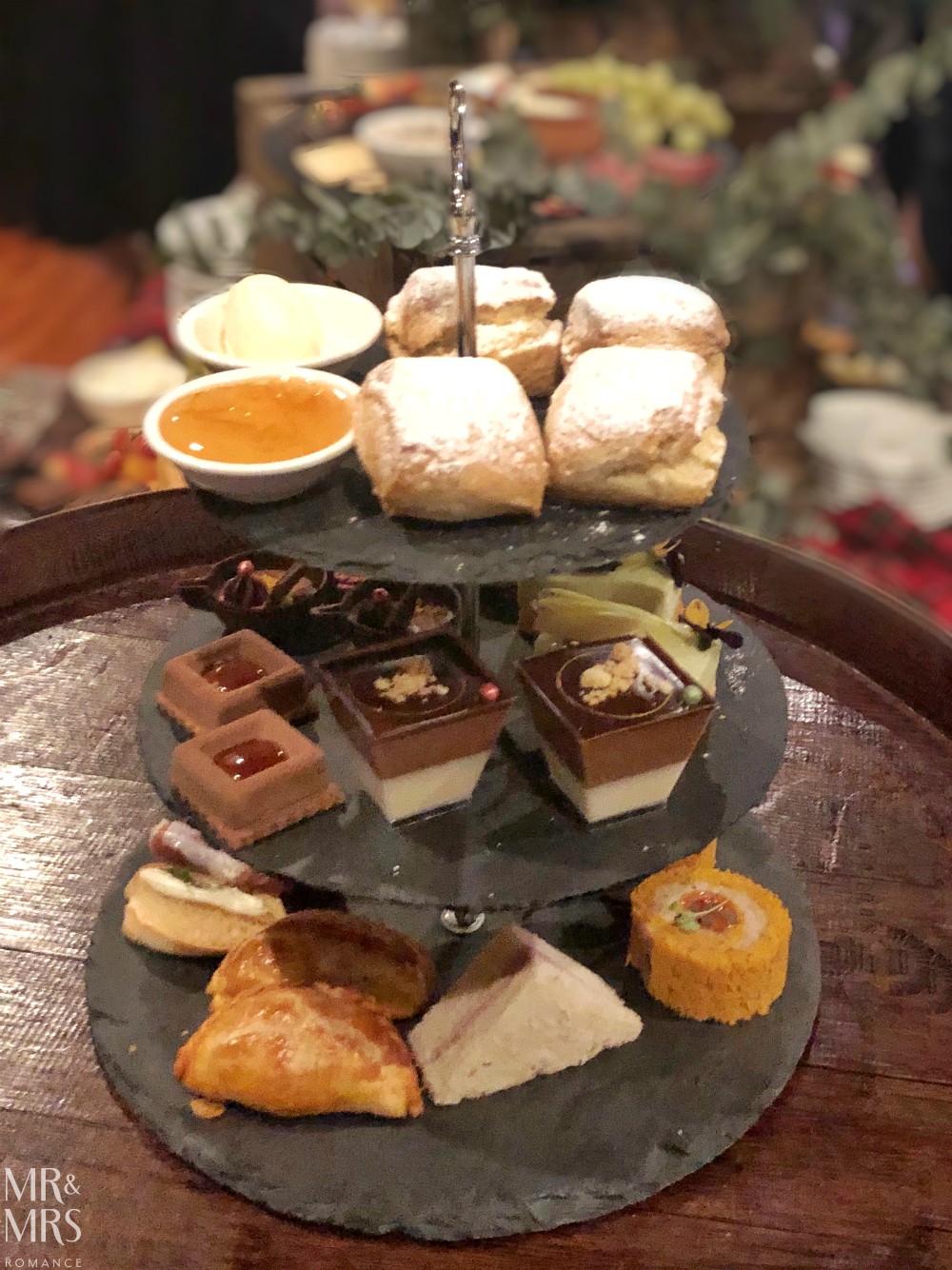 We learn about another way the Sir Stamford intends to make the best use of this bar from the hotel’s general manager Mr Jacky Cheung. Explaining that the Sir Stamford is already famous for its high tea, Mr Cheung tells us the Highlander Bar will be serving a ‘whisky high tea’, which will be available – along with the other high tea options – from 11am every day.

There is a regular a la carte menu for the Highlander Bar as well, though it’s a long way from the very British concept of a high tea. Patrons might be a little surprised at first to see the heavy Asian influence of the food at the Sir Stamford, but that’s because the hotel is in fact named after Sir Thomas Stamford Bingley Raffles – the ‘founder’ of modern-day Singapore. 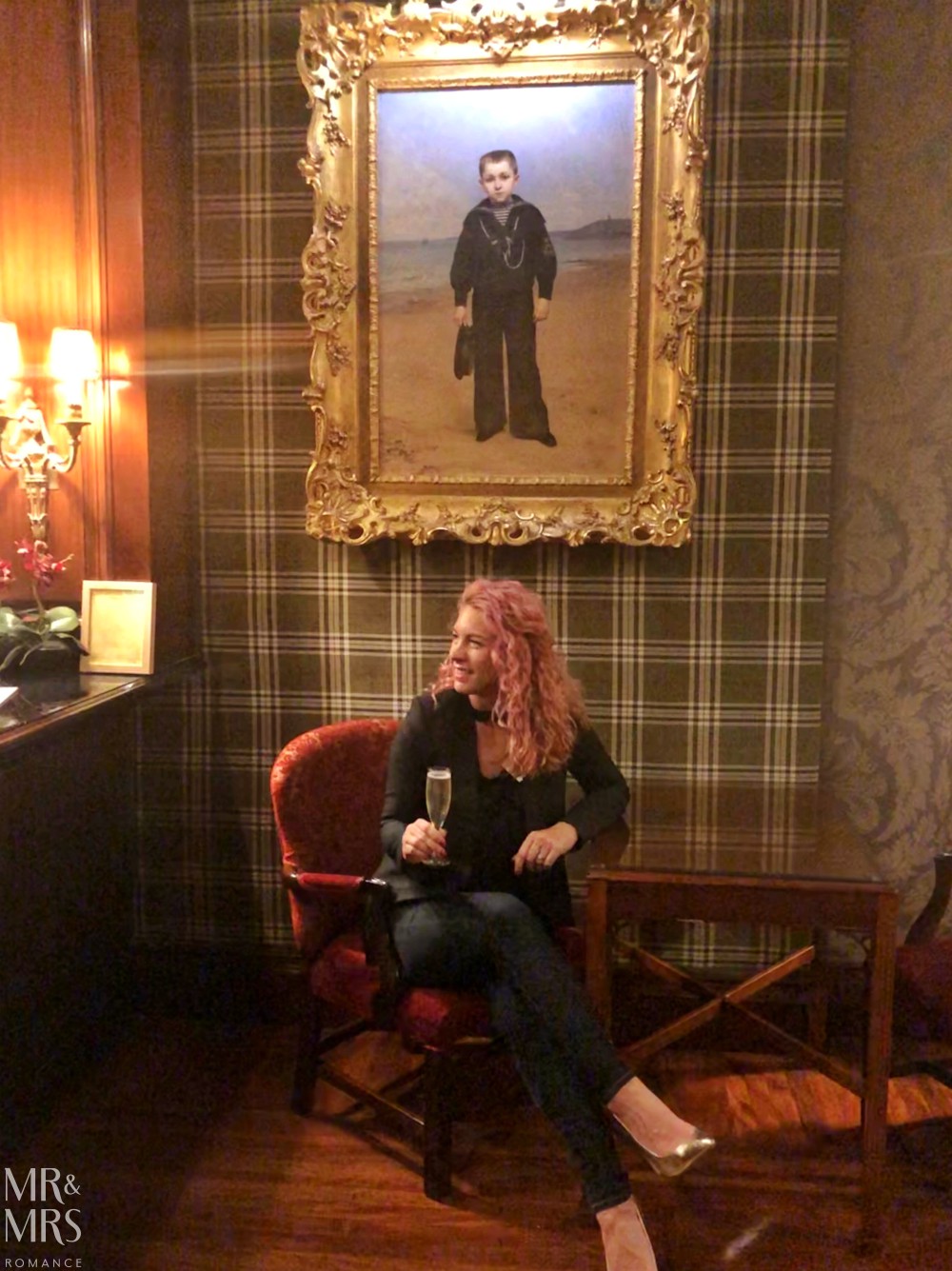 The Sir Stamford and its connecting Highlander Bar are full of history. The building was once part of the health department and was used as a conscription office for the military. During WWII, the room the Highlander now occupies offered interested parties free dental and medical procedures if they signed up.

It seems quite fitting to have military art in this room, doesn’t it? Point in case, the little boy in his sailor’s uniform not looking particularly happy. Less “‘ello guv’nor” more “aye aye, cap’n”.

The Sir Stamford Hotel is full of fine art, which adds to the grandeur of this hotel and its beautiful yet homely bar. 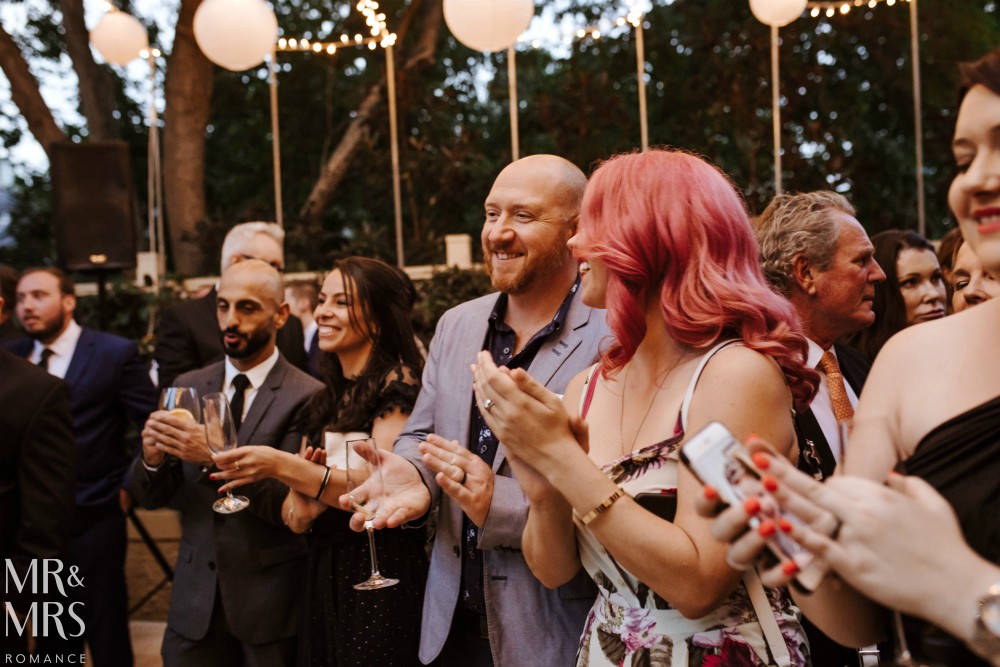 Today, our friends who got married a few weeks ago sent us some of the photos from their beautiful day.

They didn’t want us to share too much for their day, which is absolutely fair enough. But we thought you might like to see a couple they ok’d for us to publish. These are probably the best ones anyway, because they’re of us! 😀 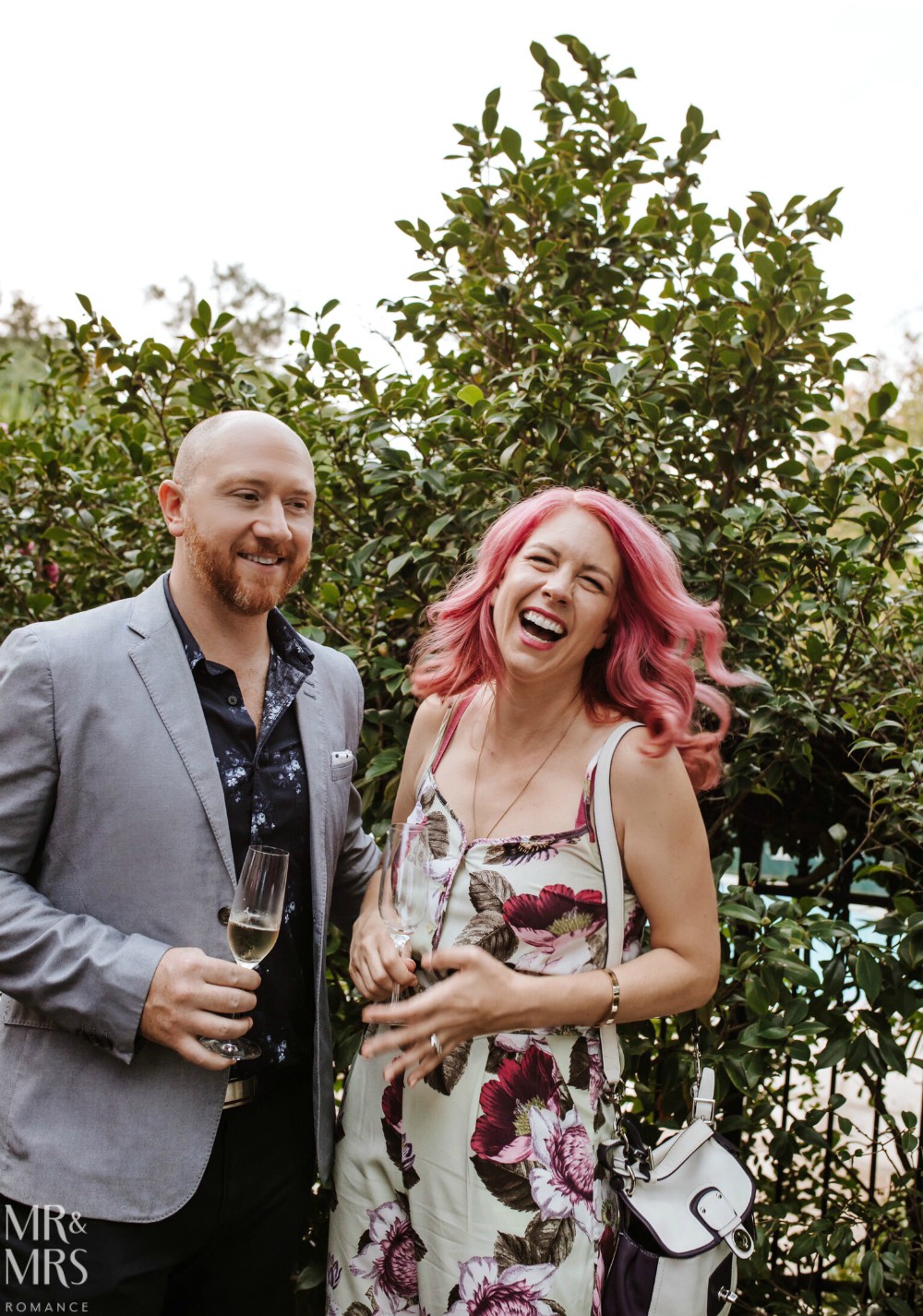 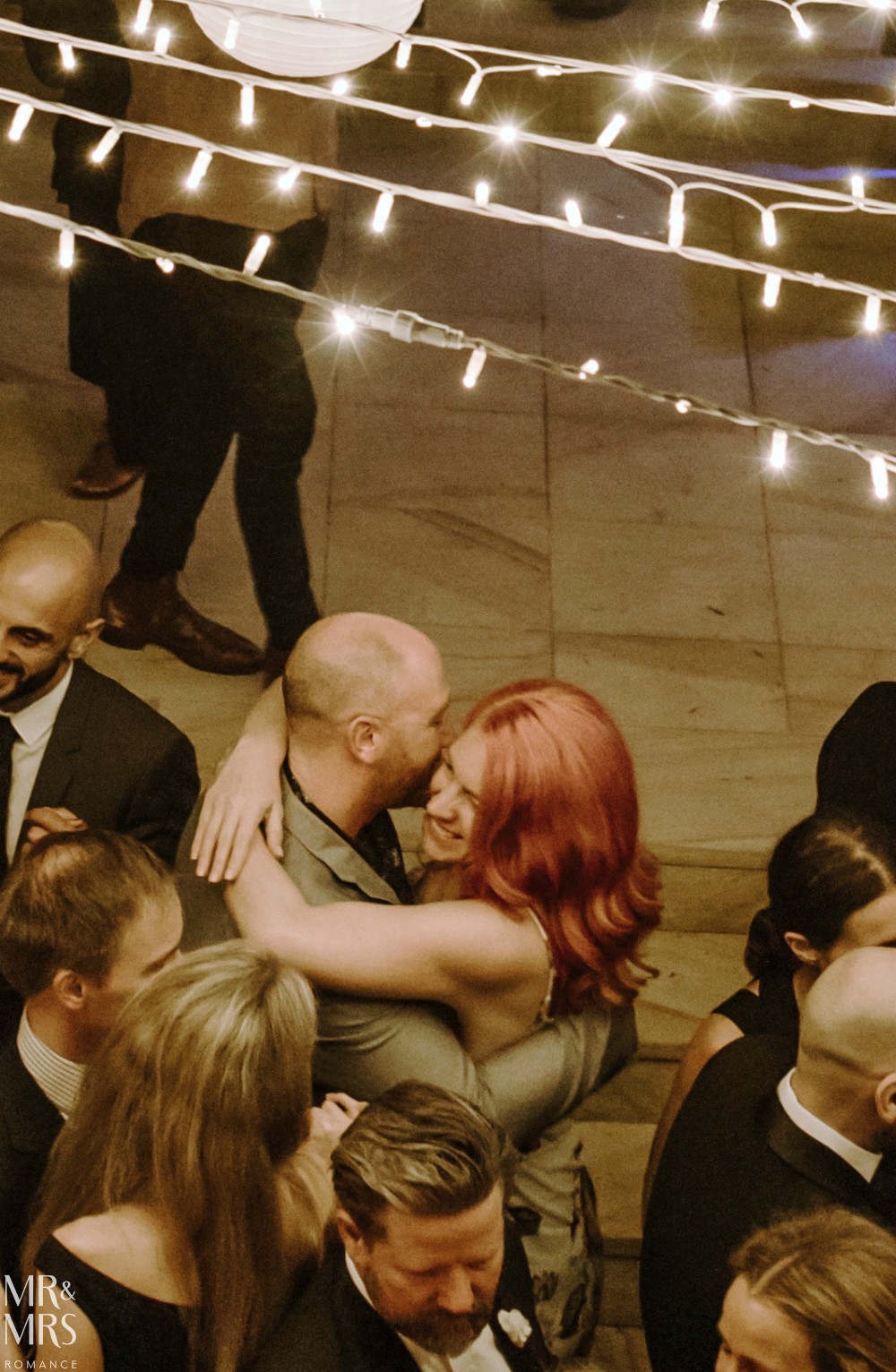 A clear-out, a competition and crazy food weekend

It’s been pretty awful weather in Sydney this week. This storm that pile-drived (or should that be pile-drove) into the city was pretty impressive….