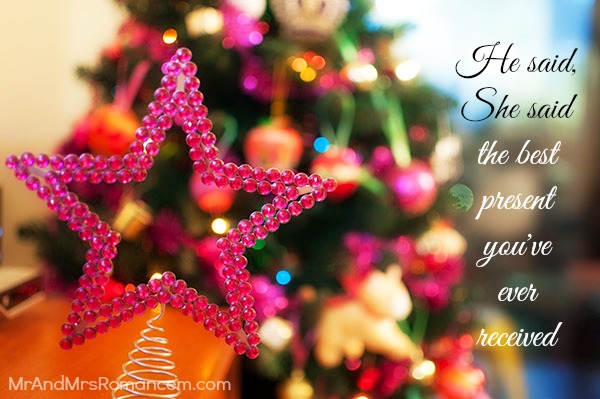 The best part of a present is in the giving… that and the Transformer walkie-talkies I got when I was eight. Don’t think you can get better than that!

I love giving presents. As long as I’ve got enough time to find that perfect gift… otherwise, the process is a bit stressful. I do love watching people open what I’ve got them though.

This is a surprisingly hard question to answer. Trying to narrow it down to one gift is so hard. Instead, I’m going to give three answers.

One (maybe two) from my childhood, one from since I’ve known the greatest gift giver in the world: Mrs Romance, and one extraordinary gift I received when I was at uni… and I think I might be leaving the best for last. But we’ll see.

I don’t know how I’m still alive. It’s a mystery. A miracle. I was honestly so excited when I unwrapped my Transformer walkie-talkies when I was eight, it’s a medical wonder I didn’t just explode there and then.

I didn’t though, and my walkie-talkies bought me so much street cred, even the kid with the brand new Millennium Falcon wasn’t as cool as me!

Otherwise, I clearly remember my first bike. It was silver, had hard tyres and wouldn’t freewheel, and it was the single most exciting moment of my four-year-old life. I wouldn’t let my parents get rid of that bike even after I was too big to ride it. When we finally moved house when I was nine, I took it for one more spin before saying goodbye.

As I mentioned, Mrs R is a remarkable gift-giver. She really does put everything into her presents. So much so that if she hasn’t found that perfect gift by your birthday, well you’ll just have to wait until she’s hunted it down.

She’s not late though, it’s the shops that haven’t included it on their stock list or the inventor’s just being slack. Mark my words though, when it gets there, your present will be perfect.

Over the years, Mrs R has given me some incredible things. But I think my favourite one was one of her first. We’d only been together a few months before Christmas, so when she produced this amazing Storm watch, I was a little overwhelmed. 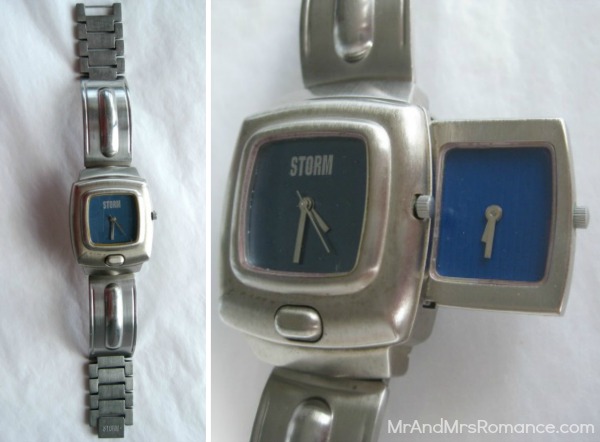 It has two faces – the other one pops out the side – hence its model name ‘duonetic’. It weighs a tonne and I love it. 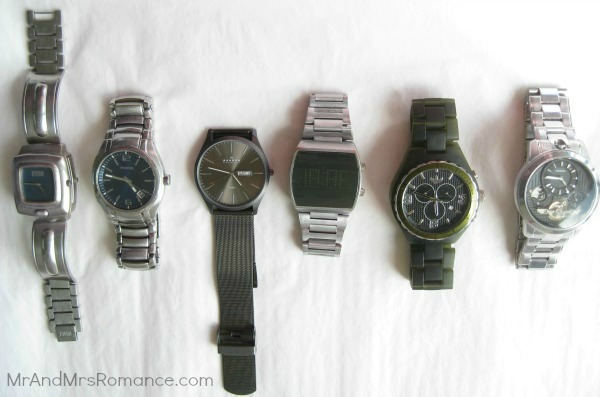 Since then watches have been a bit of a running theme in her gift repertoire to me. I love it and it’s started a collection I never thought I’d really enjoy. I mostly wear my latest present from her, this beautiful Fossil watch. 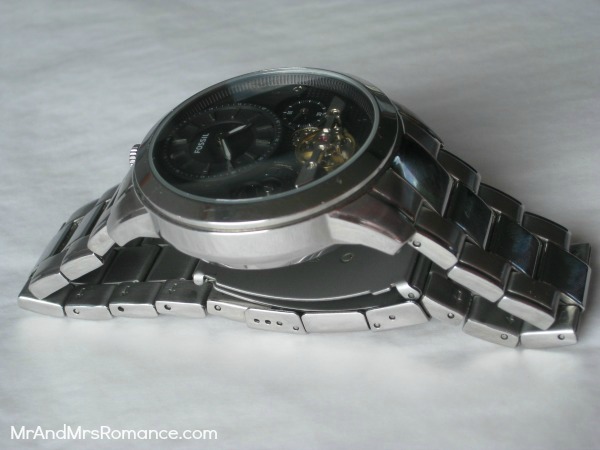 I’ve put the old Storm watch into semi-retirement now, but it comes out for anniversaries and things like that. 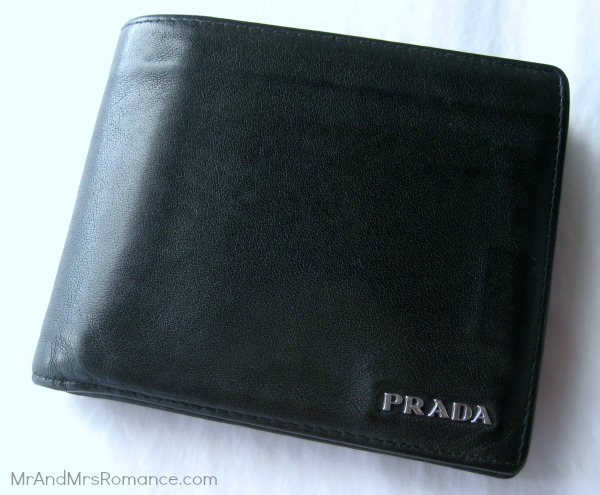 She also bought me a very chic Prada wallet that I feel I should mention. I love it. Beautiful soft leather, sleek, simple design, thin enough not to bulge out my pockets. Perfect.

The most important thing to remember as I tell you this story is that you mustn’t judge me too harshly. I am but a simple man with very little will power and am not wise to the wiles of women.

I studied English at university. The course was very popular with female students, so it stands to reason I had a lot of female friends there.

For my 21th birthday, I went out on my own because my housemates, who were studying sport science, still had exams left to do. My English colleagues and I had finished all of ours, so I felt confident I’d meet up with someone at least to have a quick drink with.

As I walked past the queue to a popular club, a group of my classmates spotted me and pulled me into the line with them. When one of them found out it was my birthday, she wanted to give me a gift. They all did, in fact.

The one thing university students tend to lack, however, is funds. With this in mind, my classmates’ plan to celebrate my birthday with me was not only cost effective, but has also brought me many years of joyous memories!

They decided to give me free reign on their boobs!

That’s right, if I was standing at the bar with one of the group – Honk! – I could have a quick squeeze! For a 21-year-old man -unbelievable. On the dance floor with a few of the group: no problem. Honk honk honk! No questions asked.

Just a grin and a ‘Happy birthday, Jim’.

And to this day, I haven’t received a gift quite like it!

On the other hand, I always stand by what my grandfather told me.

He said: “the best gift anyone can give you is their time.”

It’s a beautiful sentiment and particularly poignant these days when everyone’s in such a hurry.

Having a birthday exactly one week before Christmas Day can mean both are a bit of an anti-climax for me.

Having said that, I’ve received some amazing gifts from family and friends over the years. And I still love birthdays and Christmases so much – I don’t think Mr Romance will ever get used to how excited I get with them!

But it’s not just birthday and Christmas presents that stick in my mind. My most favourite presents have more often been related to a memory or a sentiment than a particular day.

My dad used to travel a lot for work and he’d go to amazing places like Papua New Guinea and Mexico. When he came back from these trips, he’d always bring me something. I treasure these things.

These are my favourite bracelets Dad brought back from Mexico for me one year. I just love them. 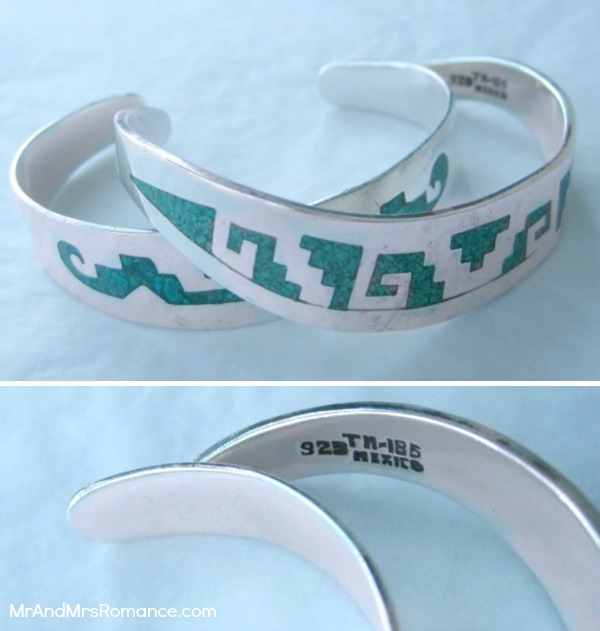 My other favourite present has to be my engagement ring and my wedding ring from Mr Romance. 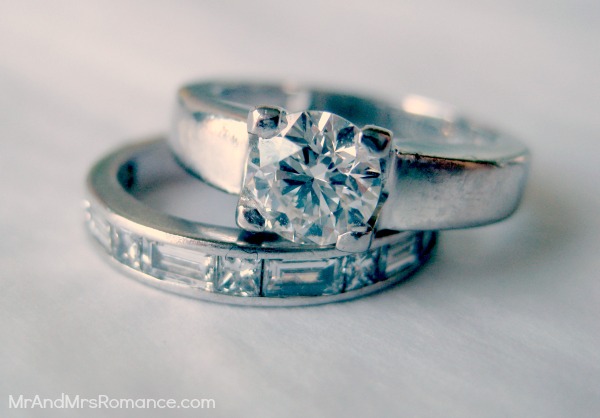 In our vows, we told each other that our wedding rings were our gift to each other, as a token of our love and devotion to one another.

What greater gift can you give than that?

What are your favourite or most memorable gifts? Tell us about them in the comments!

If you’ve ever had a macadamia nut, you’ll know how delicious they are. But until recently, we didn’t know how easy they are to…