Today is our fifth wedding anniversary, so we thought we’d tell you all about how we got engaged.

It’s amazing how the same event can look so different from two people’s perspectives. It’s one of our favourite stories. 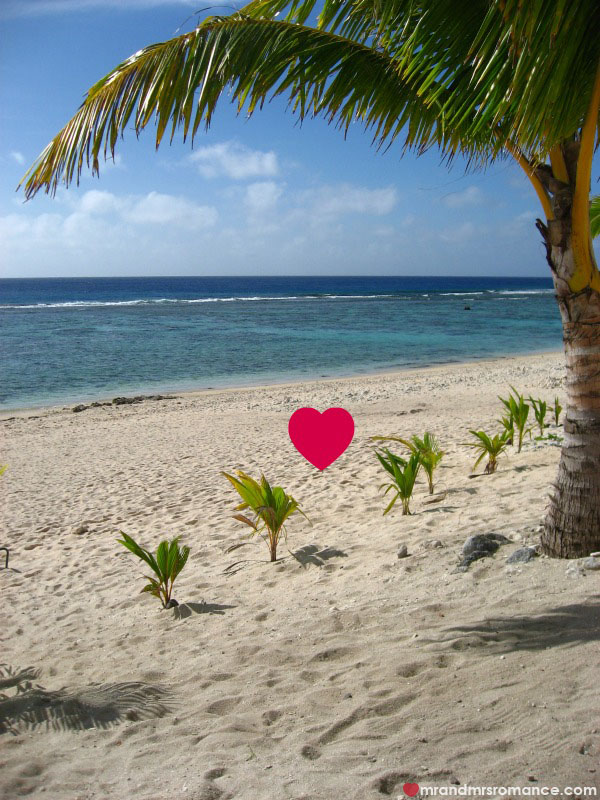 One of the most terrifying moments of my entire life.

We got engaged in the Cook Islands. It’s one of the most amazingly beautiful and romantic places we’ve ever been to.

On the night I was planning on popping the question, we’d planned to go to a nice restaurant called Tamarind to celebrate the anniversary of when we first met 7 years before.

In spite of us being in the tropics with an evening temperature forecast of around 25dC (77dF), I insisted on wearing my jacket. Where the ring was hidden. In fact there were two ring boxes due to a joke I’d played on Mrs R when we first met.

It was her 21st birthday and we were having a picnic with some friends in a park in Sydney. I thought it’d be funny to plant her real birthday present in her handbag then present her with the tackiest ring box I could find with a note in it.

The plan had been a great success, she’d almost hit me when I gave her the ring box – especially in front of all her friends. She found the note in there saying her real present was in her handbag and that it was all just a (brilliant) joke.

So I had that same ring box in one pocket and another one with the ring in the other pocket. Too much to carry without being noticed – hence the jacket.

We arrived at the restaurant where I’d initially planned to asked her to marry me. The waitress seated us so close to the terrible club singer with his awful Casio keyboard that we might as well have been on stage with him.

Mrs R was very surprised when I demanded we be moved. But the only spare table was in the corridor where the staff bussed the plates. No good either.

My other option was to take a walk with her along the beach right near the restaurant. Plan B was scuppered when a wedding reception started setting off fireworks all along that part of the beach. Private? I might as well have asked her in the restaurant corridor. I was having a shocker.

Meanwhile, Mrs R was busy enjoying the dinner and worrying why I was sweating (I had at least taken my jacket off – though I’d had to drag it off the waitress when she’d tried to hang it up for me). I wasn’t making any conversation. I have no idea what food I was eating. Apparently, it was a very good meal. 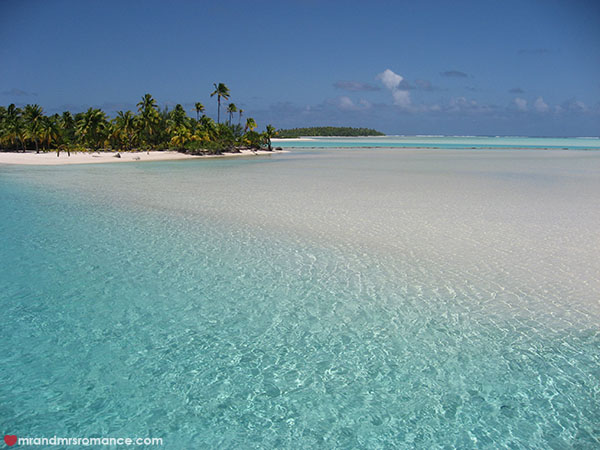 Feeling like failure was hanging over me, I suggested we go for a nice stroll along the beach outside our hotel. A romantic walk under the stars with the shores of the Pacific Ocean lapping at the edges of our tropical island. Who could refuse that? Mrs R, that’s who.

She just wanted to get back to the room and relax after her meal.

I pushed the point and we were busy strolling when she asked why I’d brought my coat with me – even on this walk on the beach. I somehow evaded the question, but had to wait for some time before I thought it’d be less obvious to get down on one knee.

Have you ever heard your heartbeat in your ears? Have you ever heard it so loud and clearly that you could identify every bicuspid valve opening and closing? Every ventricle and atrium filling, emptying and then filling again? If you’ve ever proposed, you will have.

But I took the plunge. I did it. I didn’t cock my words up. My joke even worked.

And I haven’t regretted it. Not a single wrenched heartbeat. 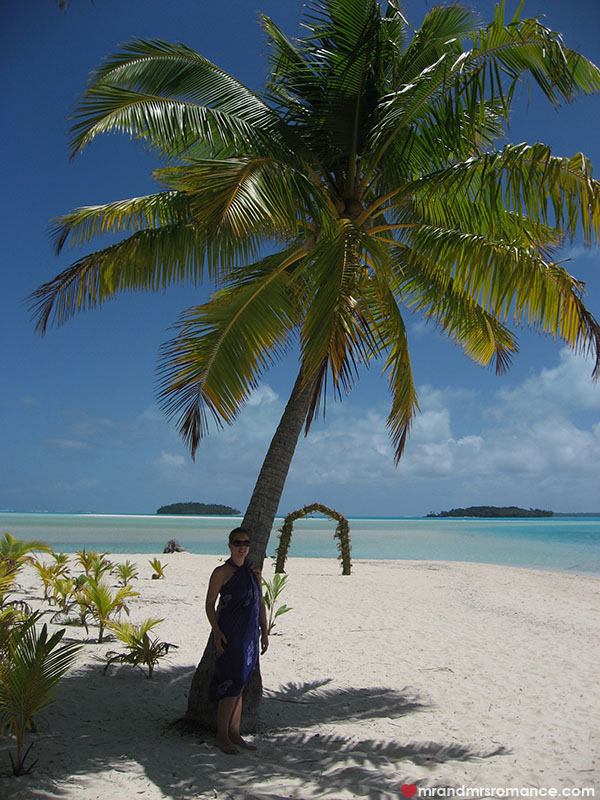 We were in paradise. We were in the Cook Islands celebrating our 7th anniversary together and I was ecstatic. The Cook Islands had been on my bucket list for years and I couldn’t believe we were actually there.

Leading up to our holiday, a work colleague had teased me for weeks that it was too romantic and Jim was going to propose. I was adamant that it wasn’t going to happen because we had talked about it and were happy just as we were and didn’t need to get married.

But we were celebrating our dating anniversary and found this gorgeous local restaurant in a house on the beach that we booked for dinner.

Getting ready that night I was excited but Jim looked a little off-colour. I kept asking him what was wrong and if he felt sick. I was annoyed as I didn’t want to cancel dinner so I told him he just needed a drink and he’d be fine. He took a jacket, which was weird, but I didn’t think much of it.

Dinner was spectacular. We’d had an earlier mishap with our table and asked to move. No-one wants to sit next to the singer with a keyboard who loves the bossa nova backing track.

Apart from the slightly cheesy entertainment, the restaurant was divine. There was a small wedding being held in the gardens of the restaurant, and I said to Jim it would be the perfect wedding venue.

I still had no idea he was going to propose.

Jim seemed a bit annoyed but we went back to our hotel and finally went for that walk along our beach. I remember you could see so many stars. I don’t think I’d ever seen so many stars in my life. 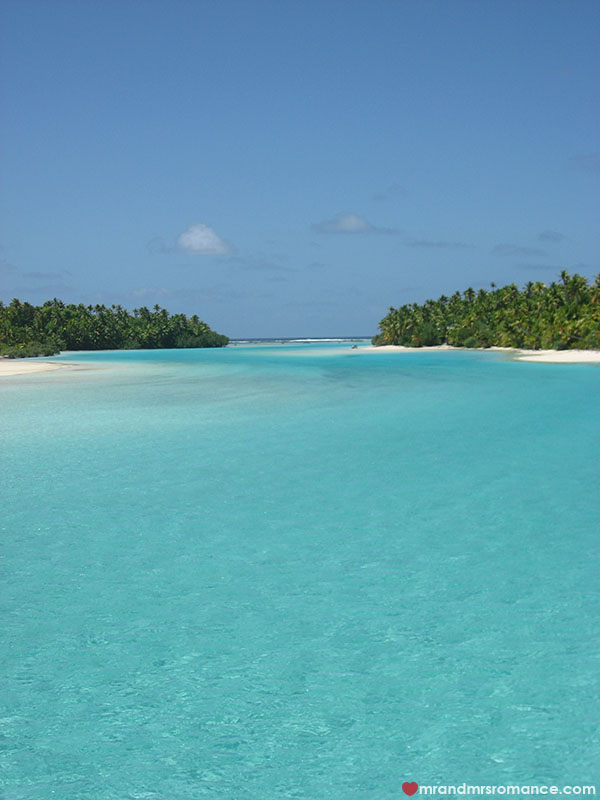 We sat on the sand and watched the satellites moving across the sky (it really was that clear). I was pretty tired and full, and didn’t know why we were still on the beach.

I started to walk back but next thing I know Jim was on one knee. I was so shocked. It was dark but I could just see he was holding a ring box. I was stunned and didn’t know what to do.

I opened the box and was confused. There was just a rolled up piece of paper.

My mind flashed back to almost 7 years earlier to my birthday at Bronte Beach.

We had only been just started dating and in front of all my friends Jim pulled out a red heart-shaped ring box. I was mortified. I reluctantly opened it, cursing at him silently, to find a rolled up note inside that said “Dumb blonde! Got yourself all worried for nothing! Have a look in your bag. That’s where your real present is. Hope you like it.” Instantly relieved I looked in my bag to find tickets to the ballet at the Opera House. 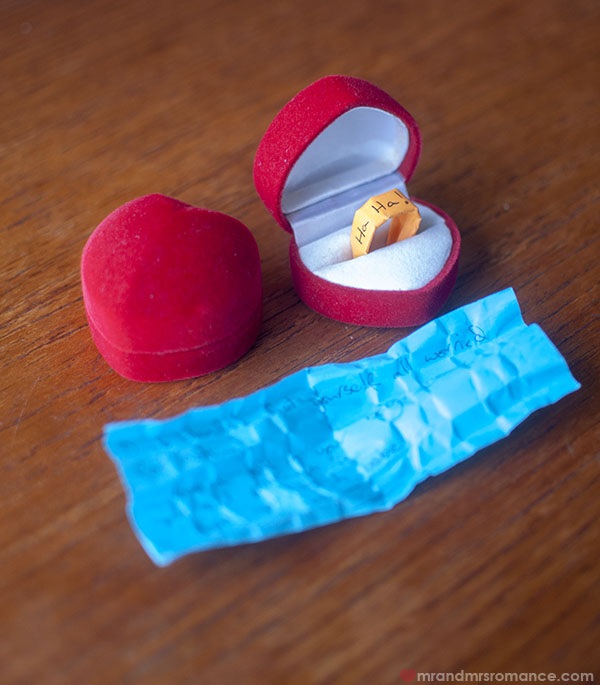 So now I’m standing on a beach in the Cook Islands, holding the same red heart-shaped ring box with a note inside. Except this time the note just says “Ha ha!” So was he really proposing?

He was. He pulled out a second ring box and asked me to marry him.

I said yes. I may have also cried.

We rang my parents to share the good news and I was shocked that my dad already knew. Jim had asked for his blessing a month earlier, which meant a lot to me. Mum was angry at my dad for not telling her but she can’t keep a secret so it was just as well.

Turns out all our friends knew Jim was going to propose too! Was I the only one that didn’t see it coming?

Back at work I had to face my colleague with a ring on my finger but I was pretty happy so I could brush off her incessant “I told you so!” 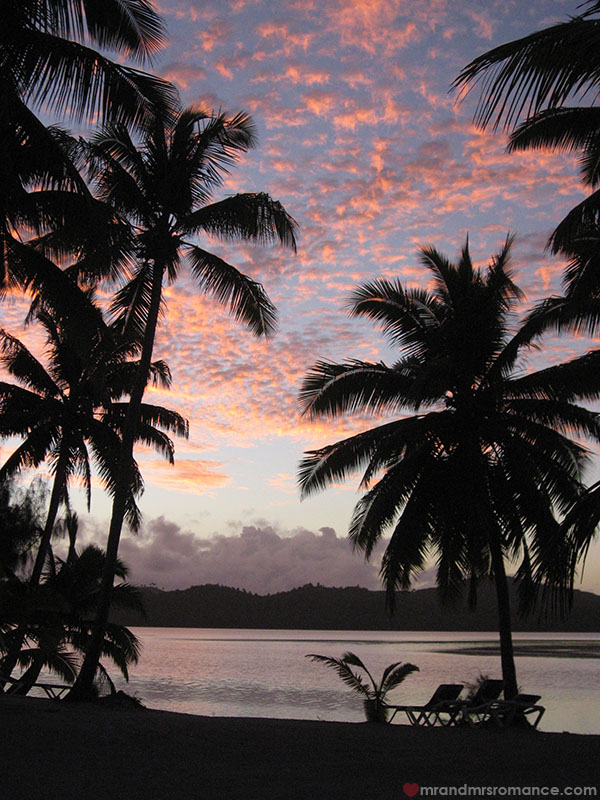 Do you have a favourite proposal story? How did you get engaged? Tell us about your romance in the comments below!

Brisbane, a distillery road trip and the capital of Australia

As you probably know, we love travelling. It’s the best. So when Mrs Romance turned to me the other day looking all wistful and…