Pubs are like cultural fingerprints in England. Every one of them is different but at the same time, they all tell a story of what the country’s about. Some of them are great, some of them are terrible. Some are new, some are incredibly old. 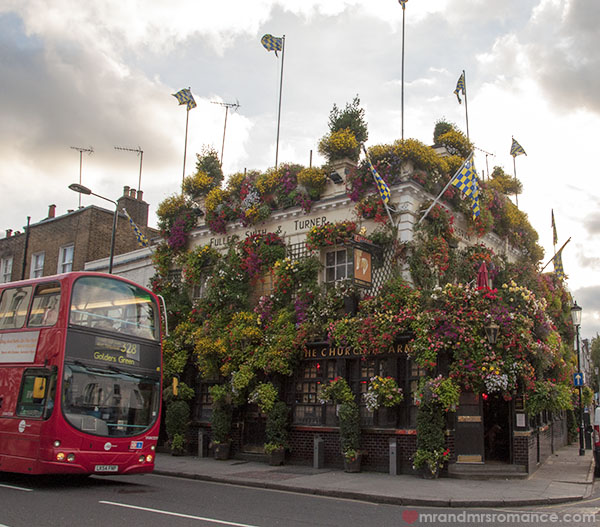 The Churchill Arms in Kensington is one of the good, old ones. It’s not the oldest. That honour goes to Ye Olde Fighting Cocks in St Albans, opening its doors in the 8th Century. Still, The Churchill was built in 1750, so it’s no Wetherspoon’s either.

The Churchill caught our eye from the taxi as we headed to our hotel in High Street Kensington. It would’ve only been easy to miss it if we’d been in a garden centre; the entire front of the pub was hidden behind its hanging flowers. 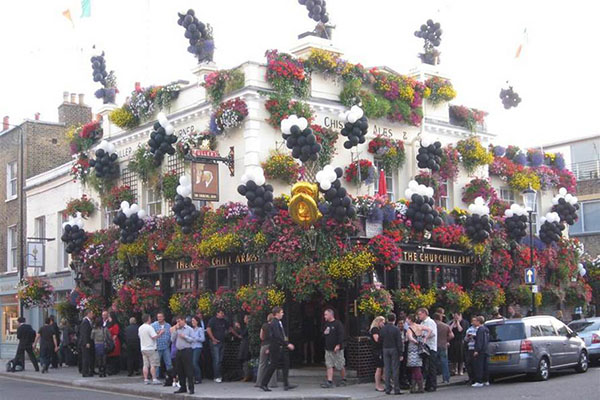 In fact, the Churchill is only one of very few pubs that holds claim to a Chelsea Flower Show winner’s award.

There are other claims to fame the pub boasts. Prime Minister Winston Churchill’s grandparents were regulars here, hence the pub’s name. As you’d expect, there’s a tonne of Churchill memorabilia.

There’s also a lot of other bits and pieces from other famous people who have visited this iconic watering hole. And it’s iconic not just because of the connection with Britain’s most revered Prime Minister. 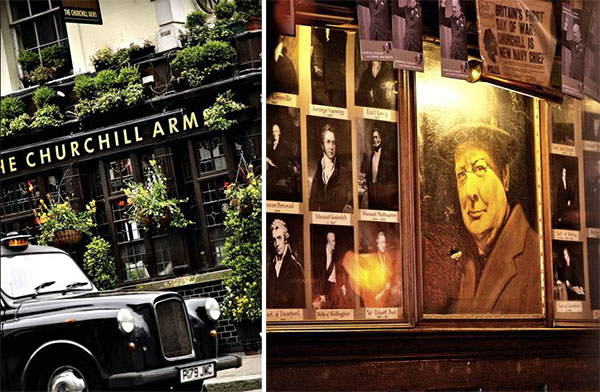 Walking into the Churchill is like coming onto a TV set of what an English pub should look like. Copper pots, tankards and horse brasses hang from every available space on the walls and low ceiling. The curved thick wooden bar is armed with a host of hand pumps (serving pretty good beer, by the way) and the furniture is perfectly… pub like!

The funny thing is, it’s a real place. It’s not a tourist trap. There are locals who’ve been drinking there for years and the community associated with English pubs is going strong here.

There’s only one thing that doesn’t ring quite true about this archetypal English pub. A far cry from dry sandwiches and lukewarm pies, it was the first pub in London to serve Thai food.

The Thai restaurant element of the Churchill Arms has been going for over 15 years and you’ll need to make a reservation to enjoy a meal there.

But if it’s just a beer and a packet of crisps you’re after, you can’t miss this little nugget. It’s 24 caret pub gold. 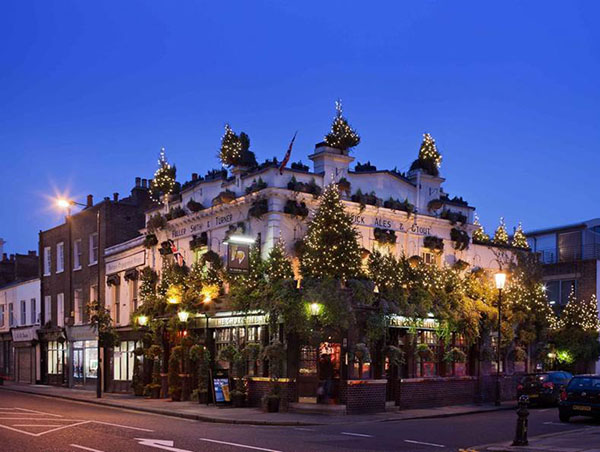 Love wins and the best time of the year

Things are a little different today as our weekly update is by Mrs Romance! We celebrate the Yes vote – a step towards marriage…