London has a reputation for being rainy and cold. In fact, the city rarely experiences proper downpours – drizzle, yes, but not a deluge. And it very rarely snows in London, so it’s not that cold either. However, from experience, here’s how not to explore London in the rain. 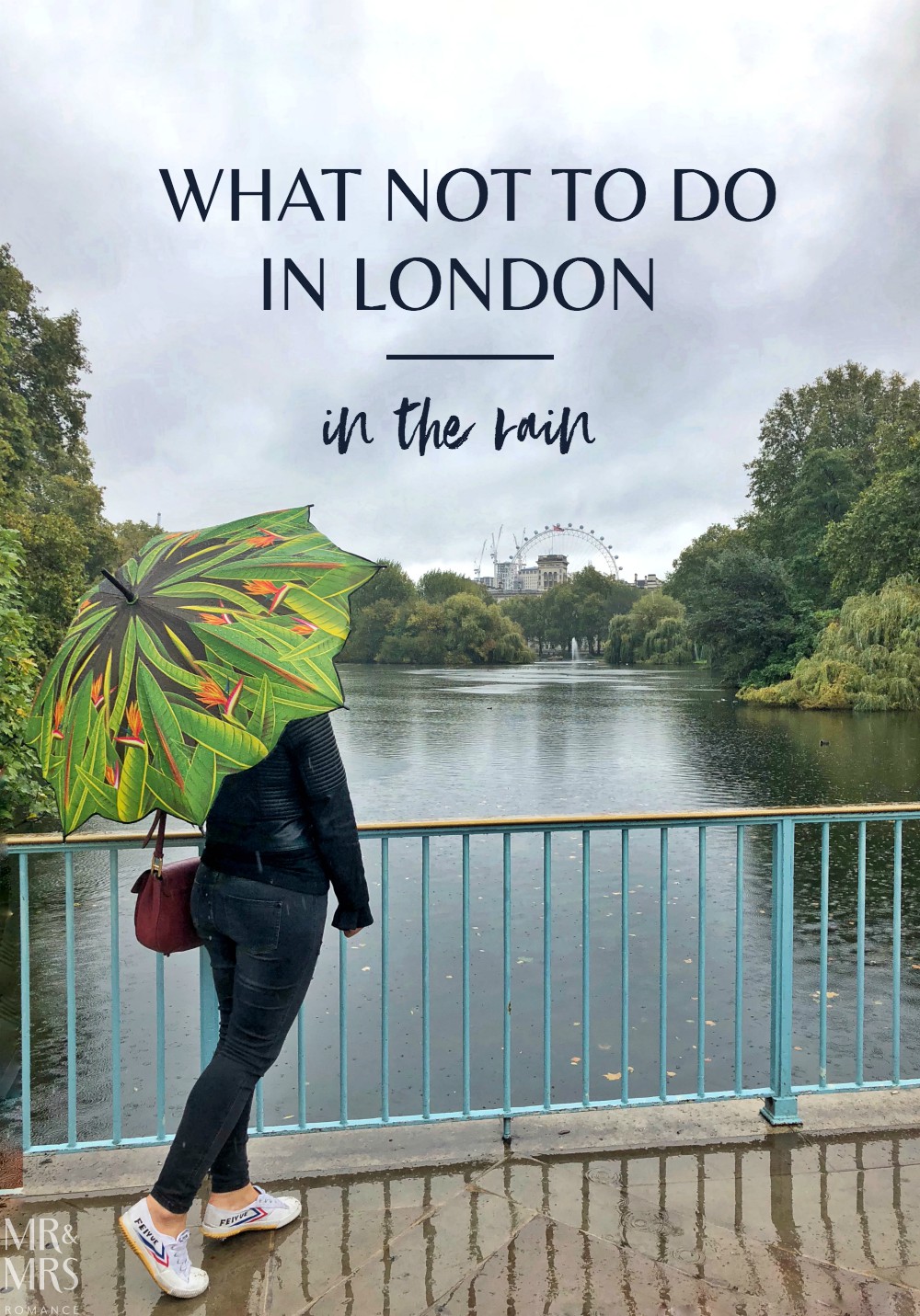 London is one of the most incredible cities to visit in the world. There’s so much going on, so much life, so much history… but the weather can complicate things.

You don’t mind if there’s a bit of rain in the air. In fact, with England, you come to expect it. Christina and I think of ourselves as quite well-travelled people now. We know how to cope with different climates and how to make the most of bad weather.

But on our recent visit to the country’s capital, we got it all wrong. To the point where it would’ve been better just to stay at home.

We were visiting our lovely friend Tori, who lives in the City. And typically, the one full day we were there, it rained with surprising ferocity and persistence.

From our experiences, we thought we’d share our ideas on how not to explore London! 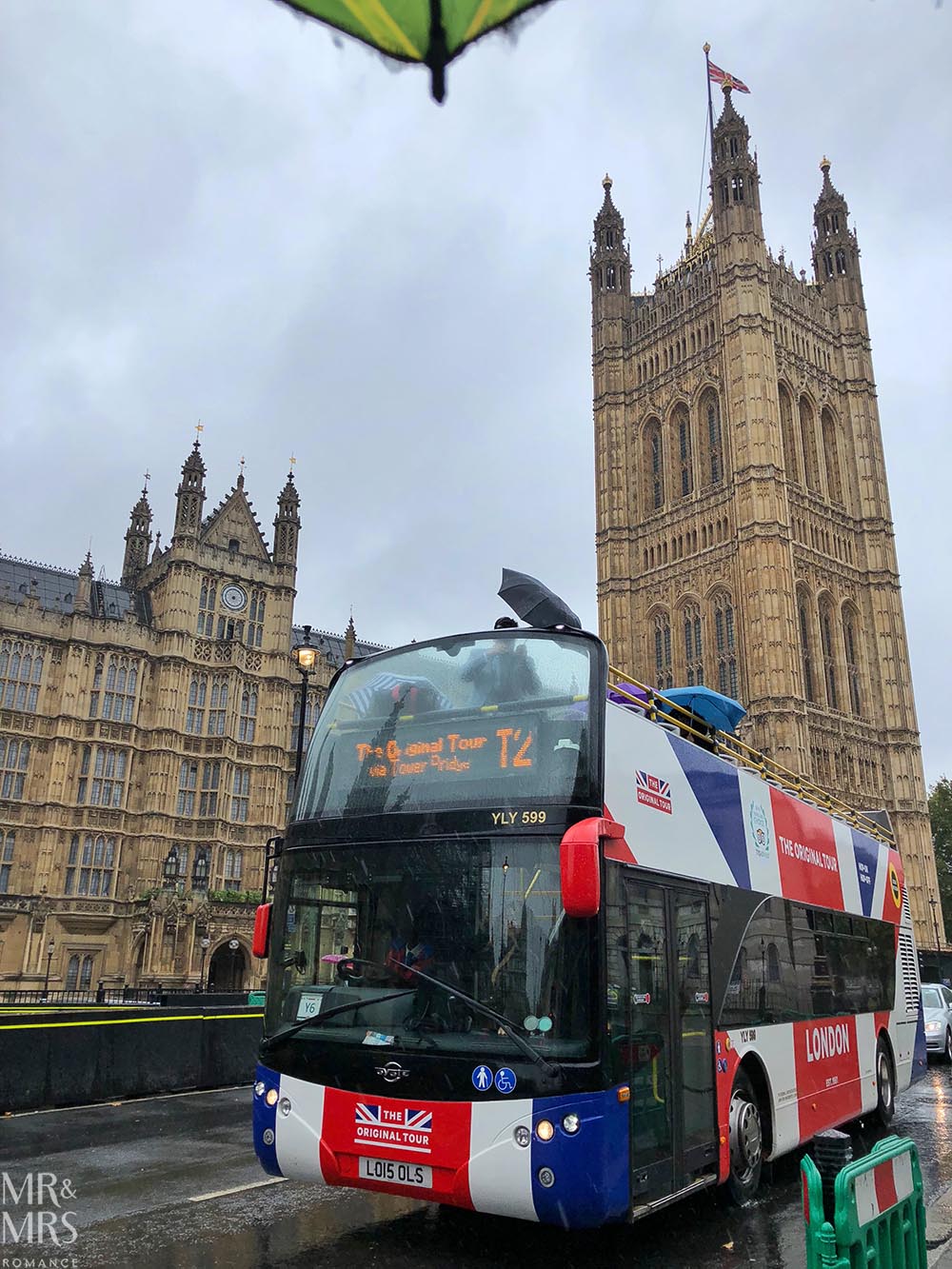 How not to explore London in the rain

First of all, we did everything the wrong way round. We got to London the afternoon before and it was a bright sunny day. So we did the best thing you can in sunny weather: we stayed indoors!

Our friend Caroline from The Gin Queen tipped us off with a great cocktail bar almost next door to Liverpool Street Station. The Duck and Waffle is on the 40th floor with incredible views out over the city. 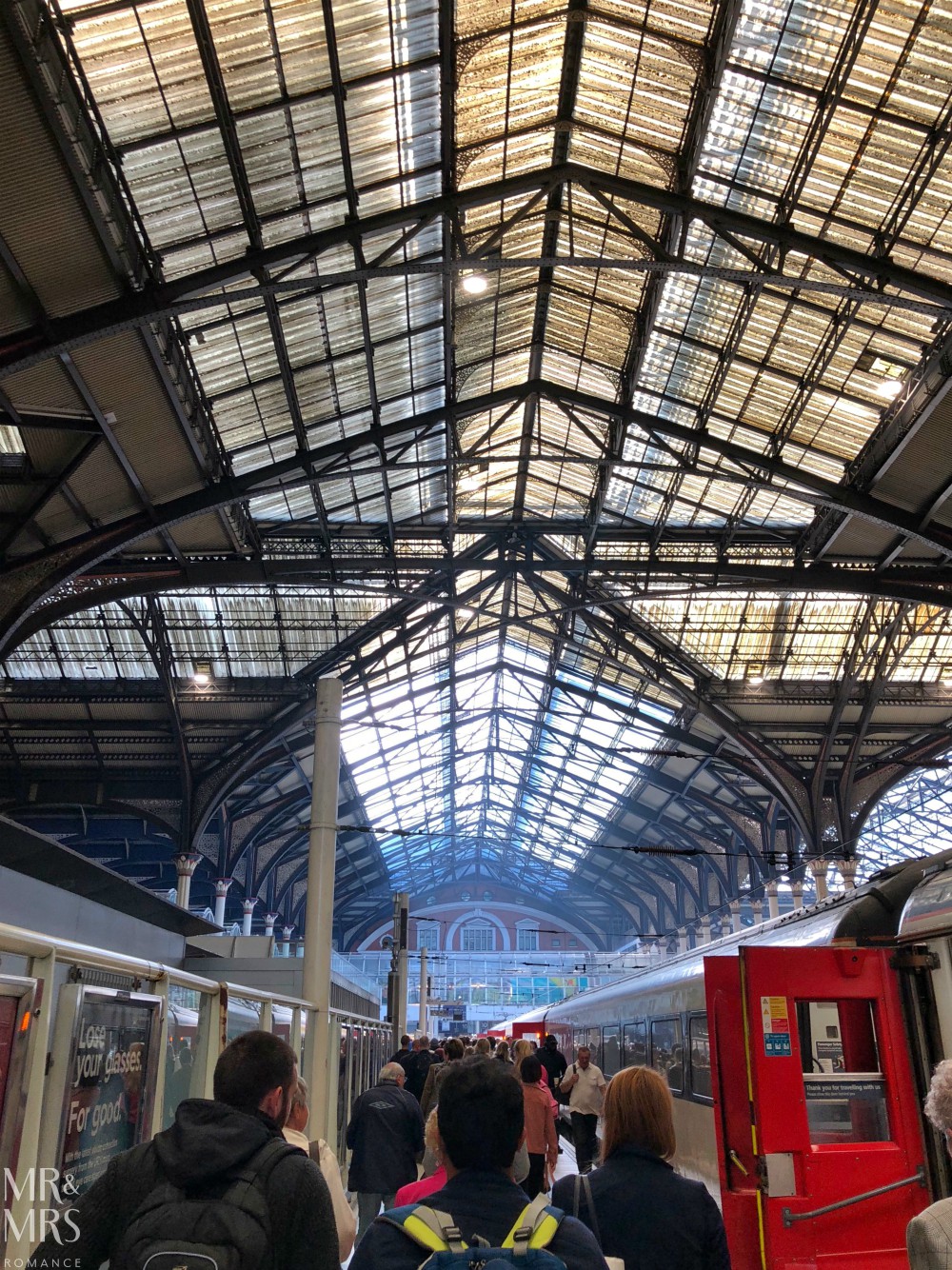 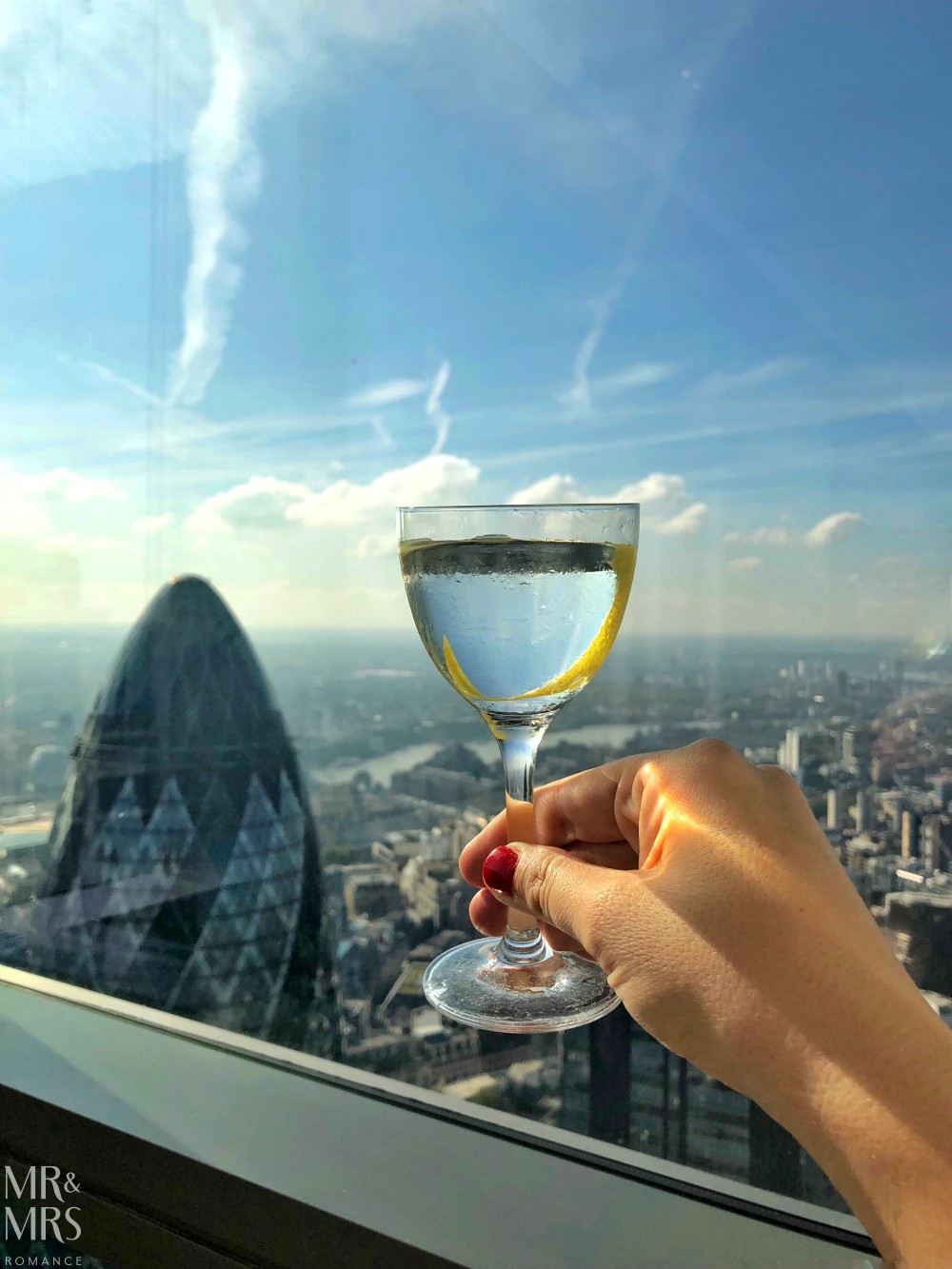 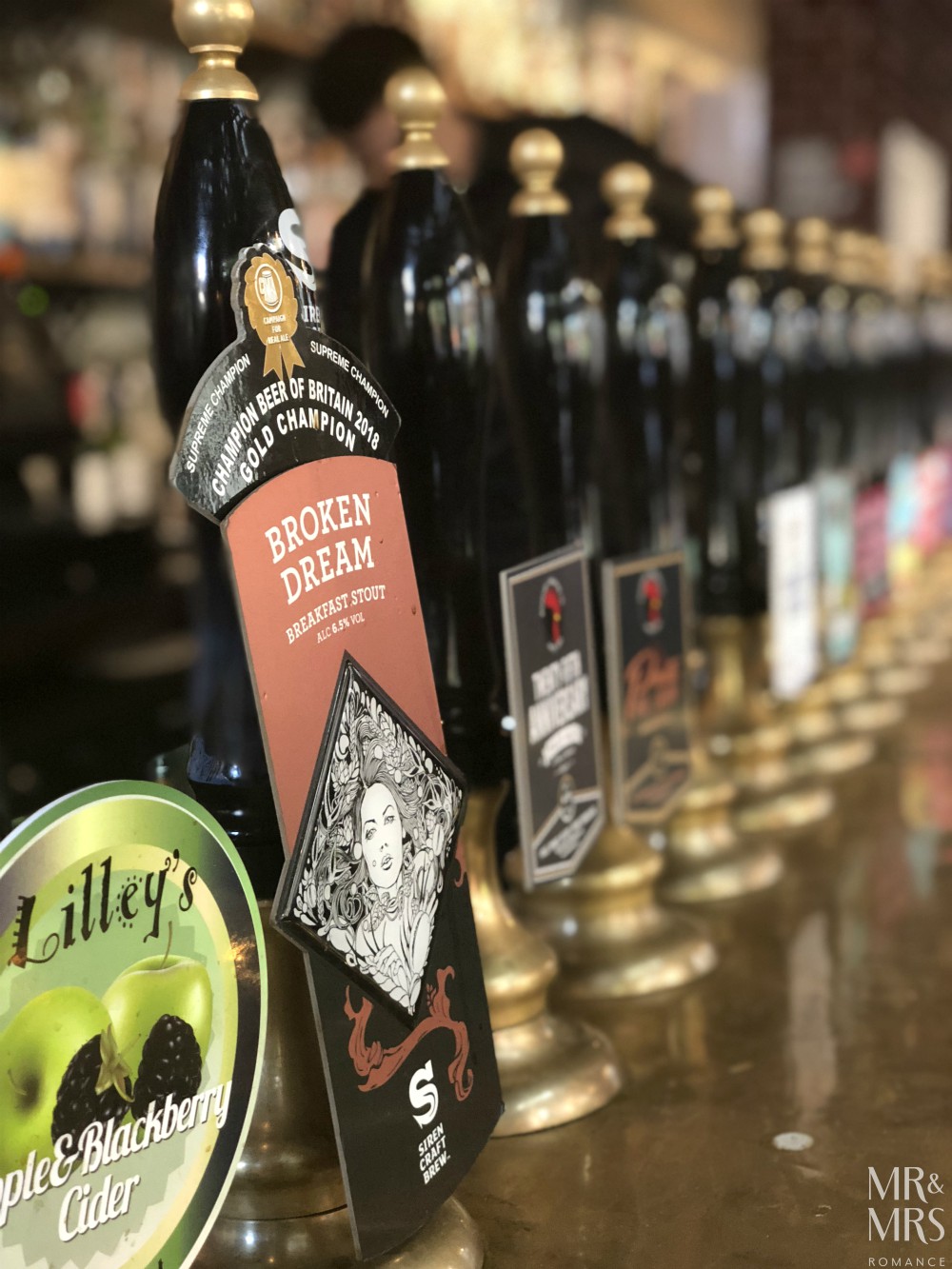 We were meeting our friend across the other side of town, so next stop was in the West End: we found ourselves seeking further refreshment at the Craft Beer Co in Covent Garden. Also indoors. The beer and food here is off the charts by the way. Highly recommended.

The following day the rain started. And it didn’t stop.

It being the only full day we were here, we decided to brave the weather and take in the sights.

Our first stop was Buckingham Palace.

I’ve been here before, but years ago. It’s perfect for a wet day’s exploring… if it’s open. After walking through Hyde Park to get there, we found the palace was closed for renovations and to give Her Majesty some privacy. 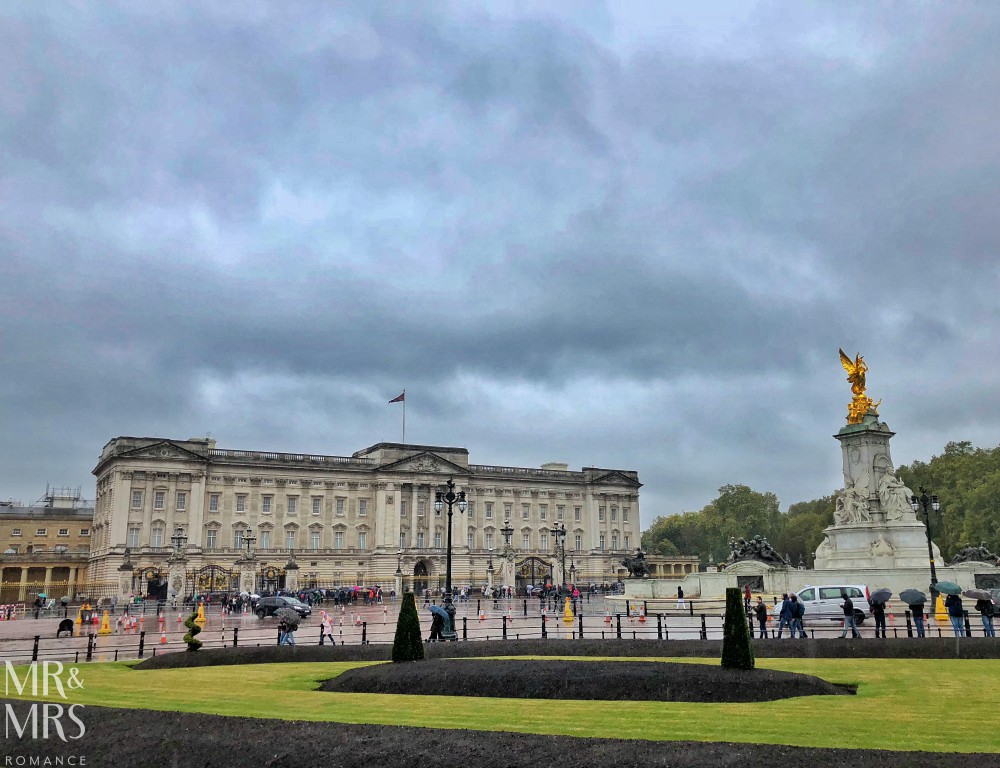 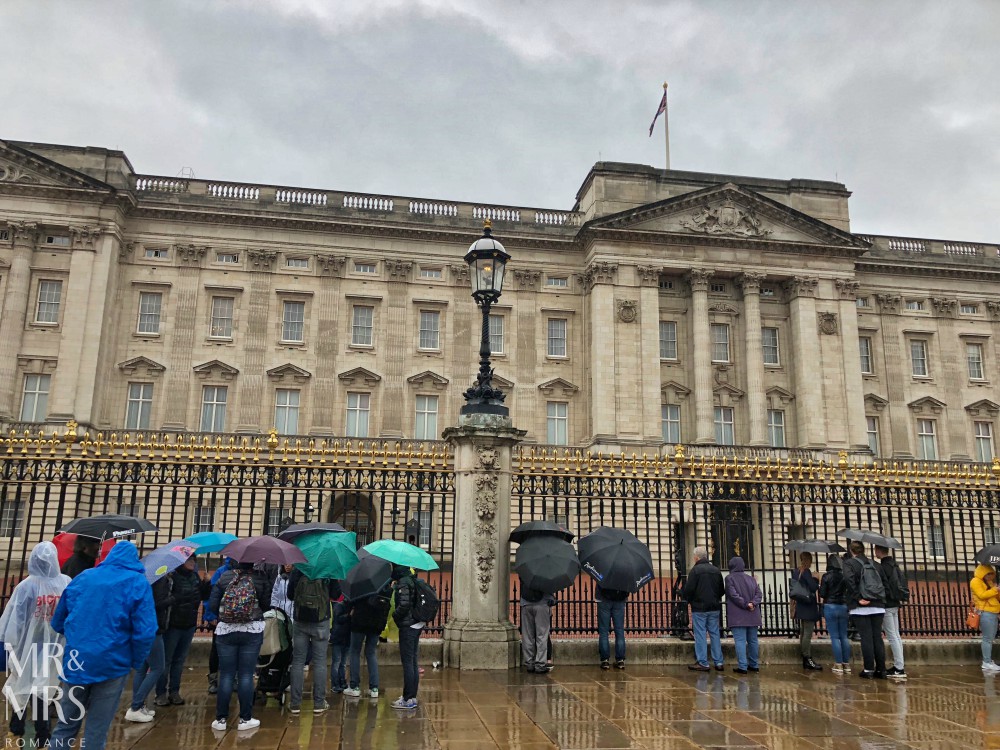 Unfazed, we marched on through St James’ Park to Westminster Abbey to look at some beautiful architecture. Their doors had closed at 2pm. Across the road, Westminster Palace grinned down at us. Even Big Ben’s clock tower was hidden behind scaffolding. 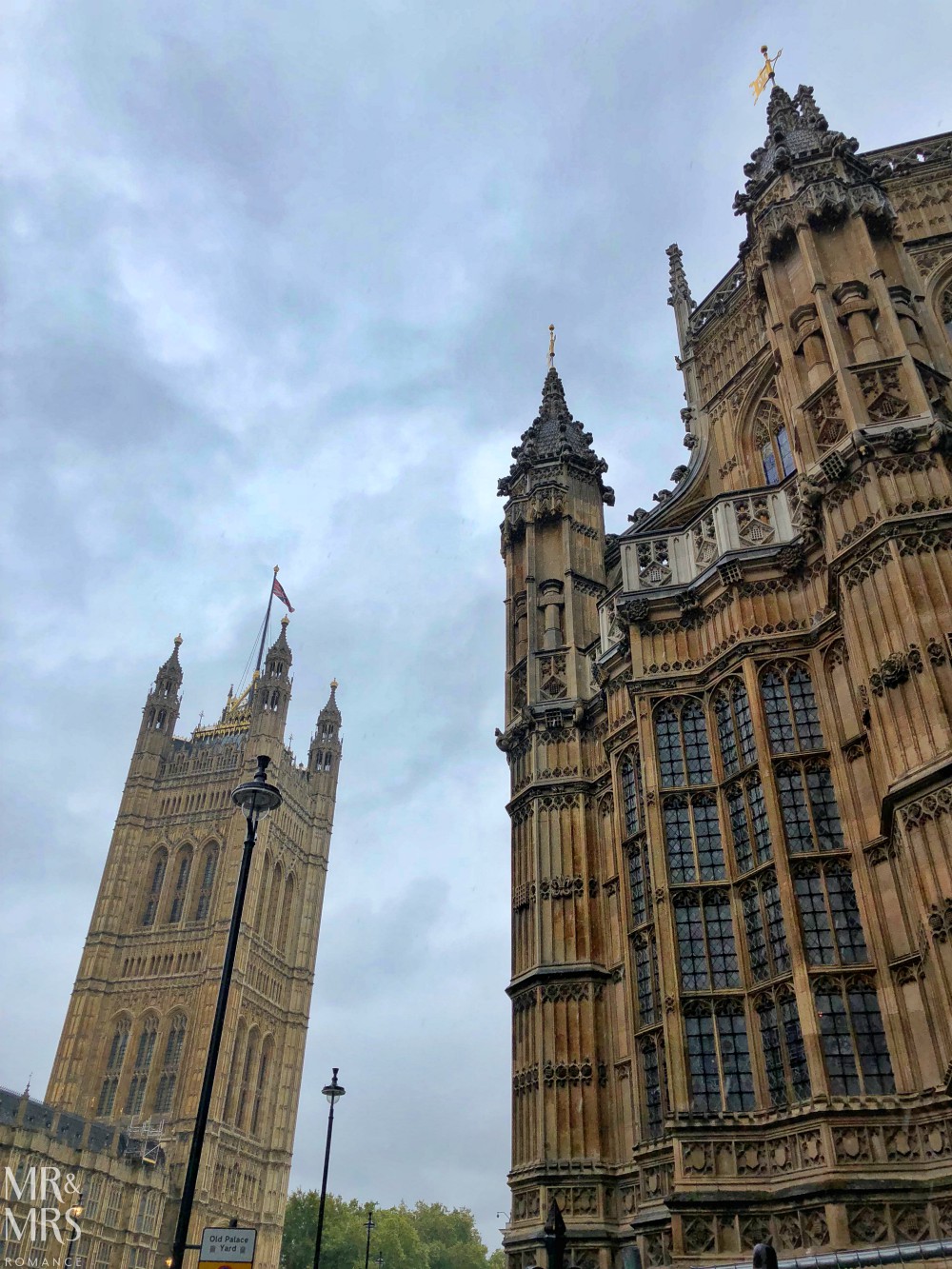 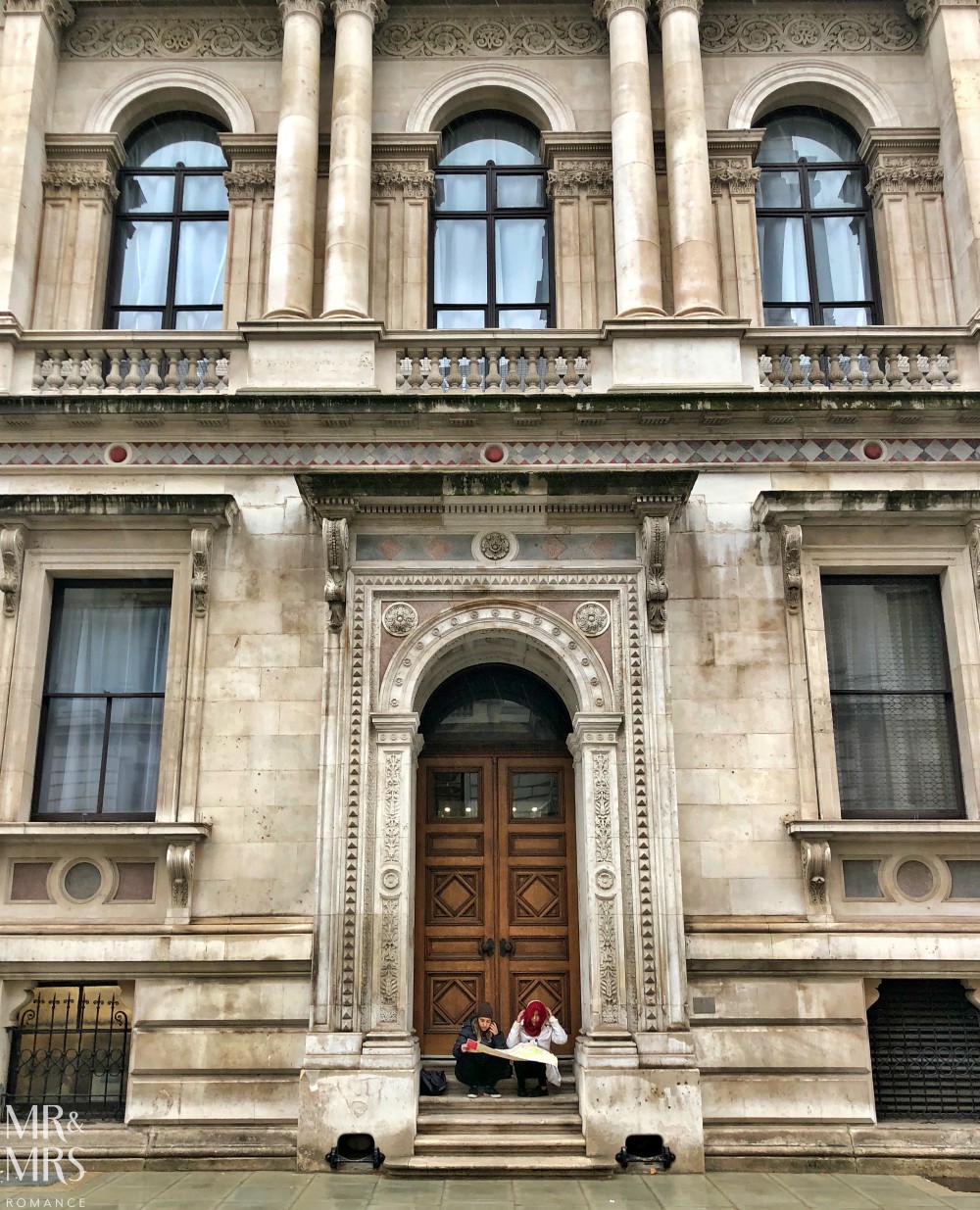 It’s very important to check if the venue you’re going to is open. We thought we’d been smart by not going to the Tower of London, which was having renovations on the Bloody Tower.

If only we’d checked with the other places we ‘visited’.

There’s only so much you can pack in your suitcase, and you hope you don’t have to use any wet-weather gear. But a change of socks, even slightly waterproof shoes and coats, and umbrellas that didn’t have holes in would’ve felt like luxury!

We were visiting London in early October, so we thought we’d be all right with summery clothes. Wrong. 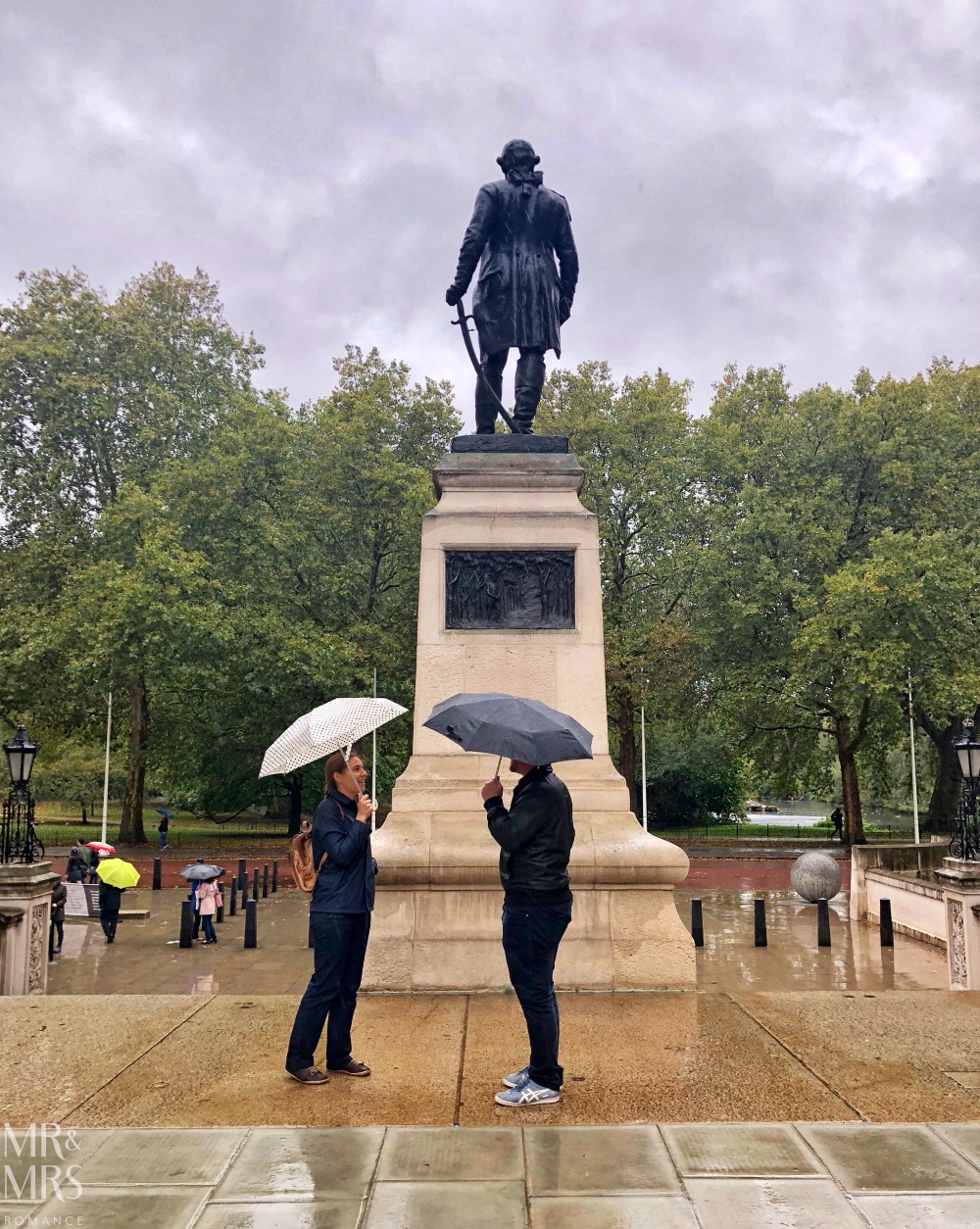 Tori and I lamenting we hadn’t followed the Iron Duke’s lead and gone for a pair of Wellingtons! Boom-tish.

Whenever we travel, Christina and I tend to have more luck with good weather than we should. We even brought heat waves to Stockholm, Glasgow and Rotterdam on recent trips, but that luck has to run out eventually.

When we look at the weather forecast, we usually take it with a pinch of salt or two. In London – especially if it’s your only day there – you should heed the advice and then take at least one measure to mitigate the worst-case scenario. 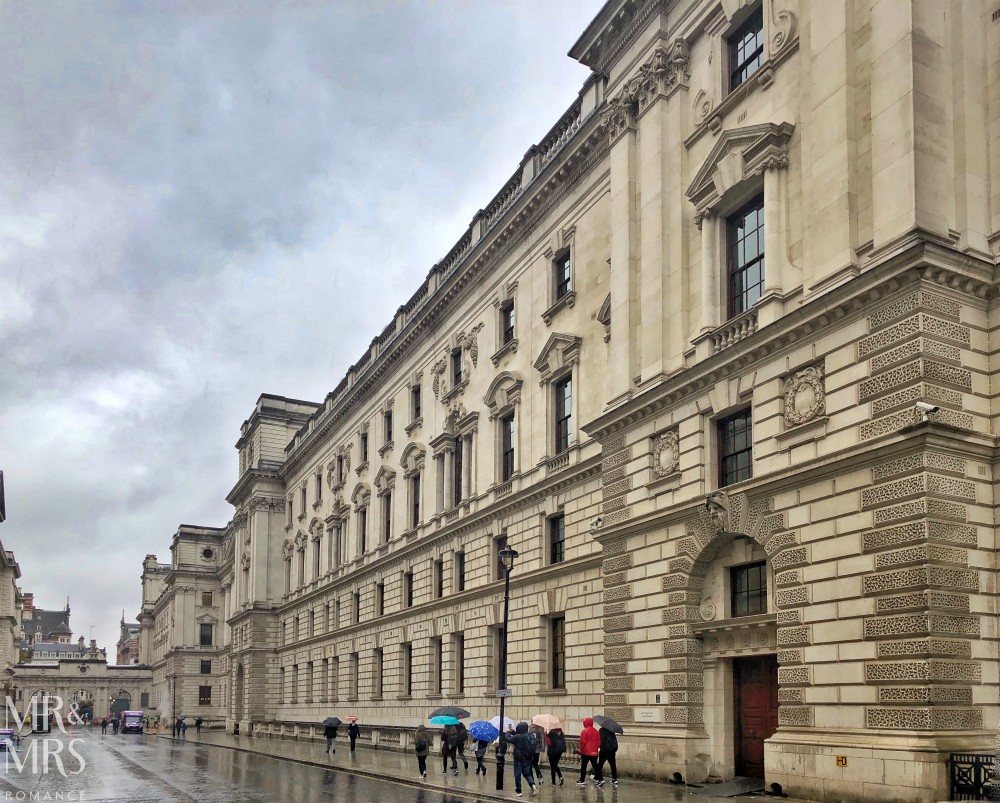 Plan food spots in with route

We found as we were walking around places like Westminster and Buckingham Palace that were very few food or even coffee options. At one point we found ourselves in a Methodist church canteen just to get a hot drink and dry out!

You’d have thought that, on a Saturday, there would be more open in this part of town, but no. So make sure you take something with you or at least look at a map and check for your closest pub or café.

Book as many tickets online ahead of time

In a last-ditch effort to see more than just the soaked exterior of these amazing historic parts of the capital, we decided to make for the Imperial War Museums’ Churchill War Rooms. We checked and it was definitely open.

But when we got there, it seemed everyone else visiting London that day had had the same idea. The queue (in the pouring rain) stretched round the corner and promised literally hours of waiting. 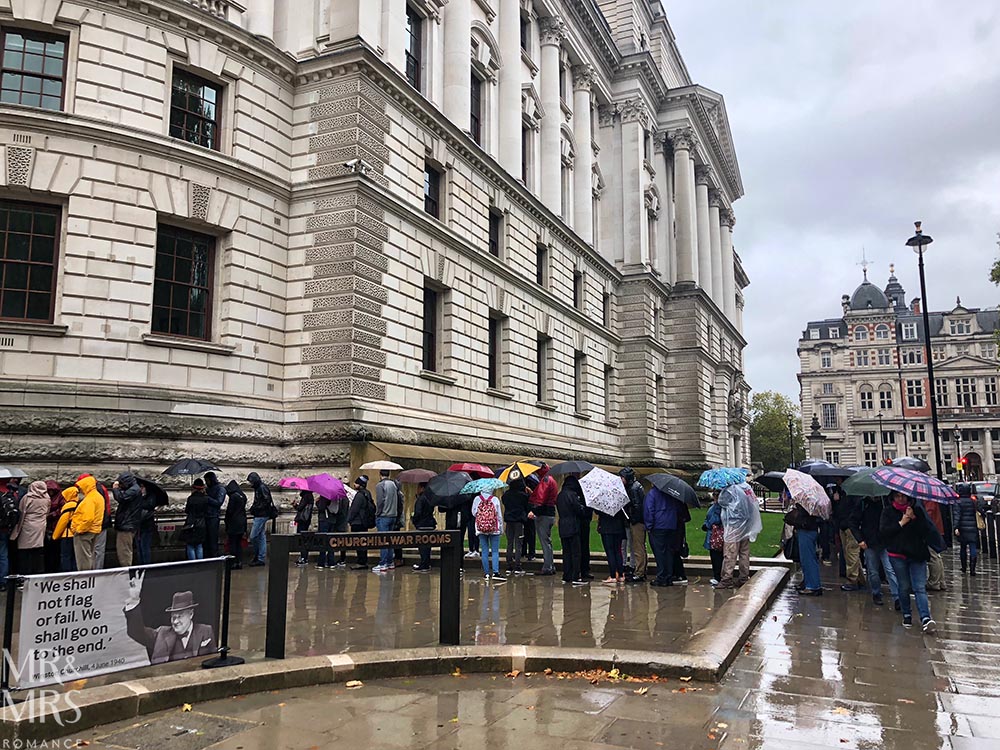 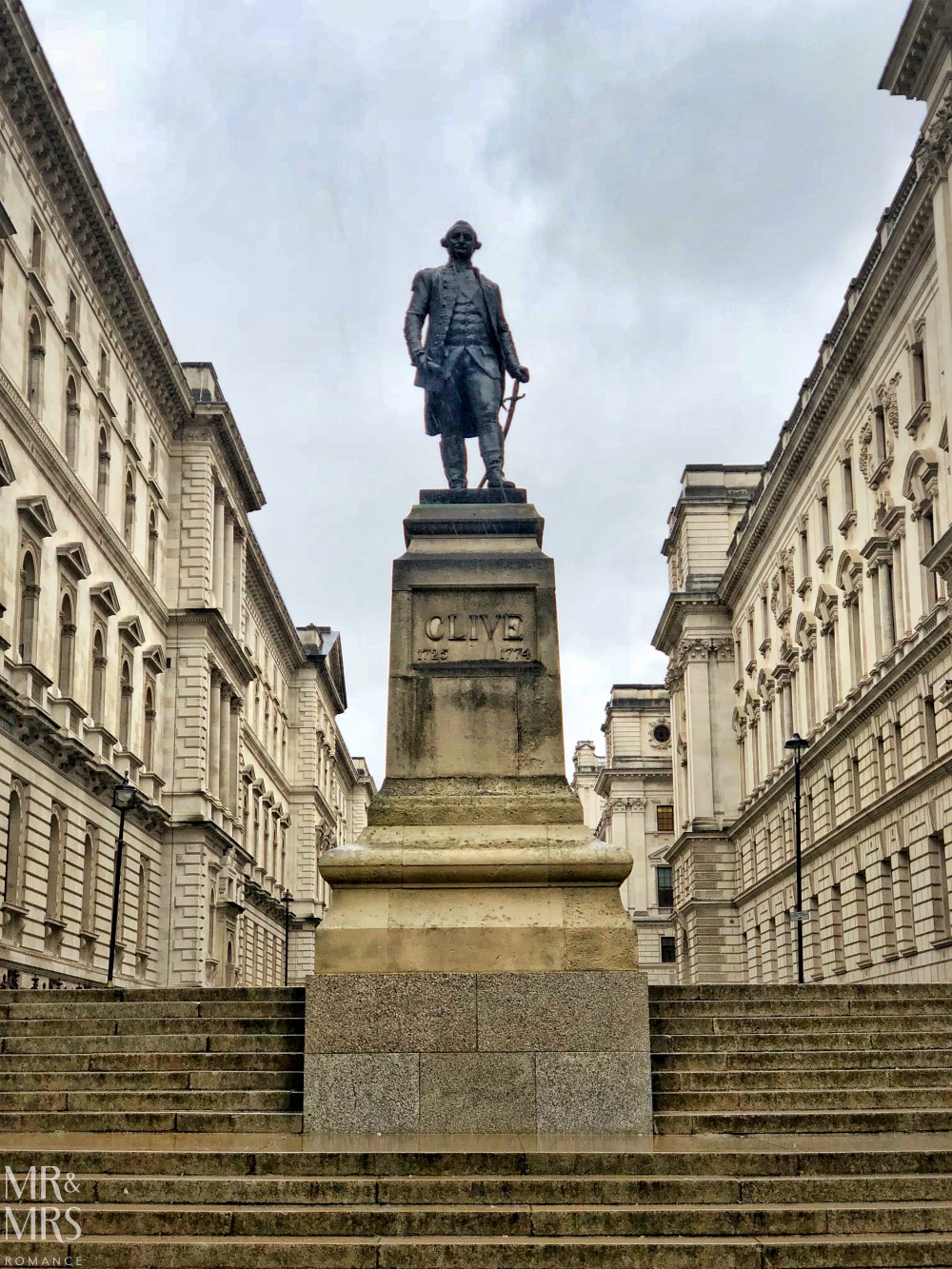 There was an option to book tickets ahead of time online, but there’s a minimum time you can book before going in. And even so, there was a line to get in with pre-booked tickets.

Make the most of it!

Yes, we got drenched. Yes, we probably should’ve taken a taxi or even a bus at some point. And no, we probably shouldn’t have walked all the way through both Hyde Park and St James’ Park in the rain, but you know what? We had fun.

By the end of the day, it had become a joke: what else can we find that’s closed? 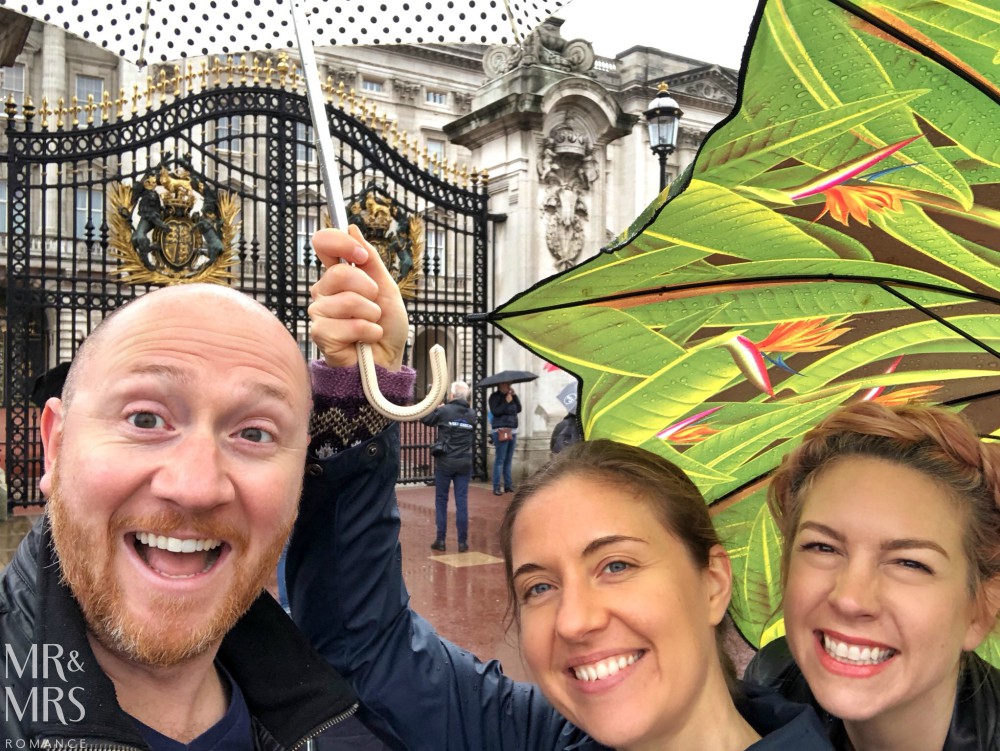 Leave it for another day if you can

As I said earlier, London gets a bad wrap for being a rainy city. It doesn’t rain there as much as you’d think. Yes, it’s grey and overcast a lot, but it’s rare – especially in early October when we were there – that there are too many days of rain in a row.

This we found to be the truth when we woke the next morning to brilliant sunshine!

If you have a few days in the city, sit the rainy one out. Find a good pub or hit one of the big museums. They’re everywhere, free to get in and are generally open – though still check opening hours! 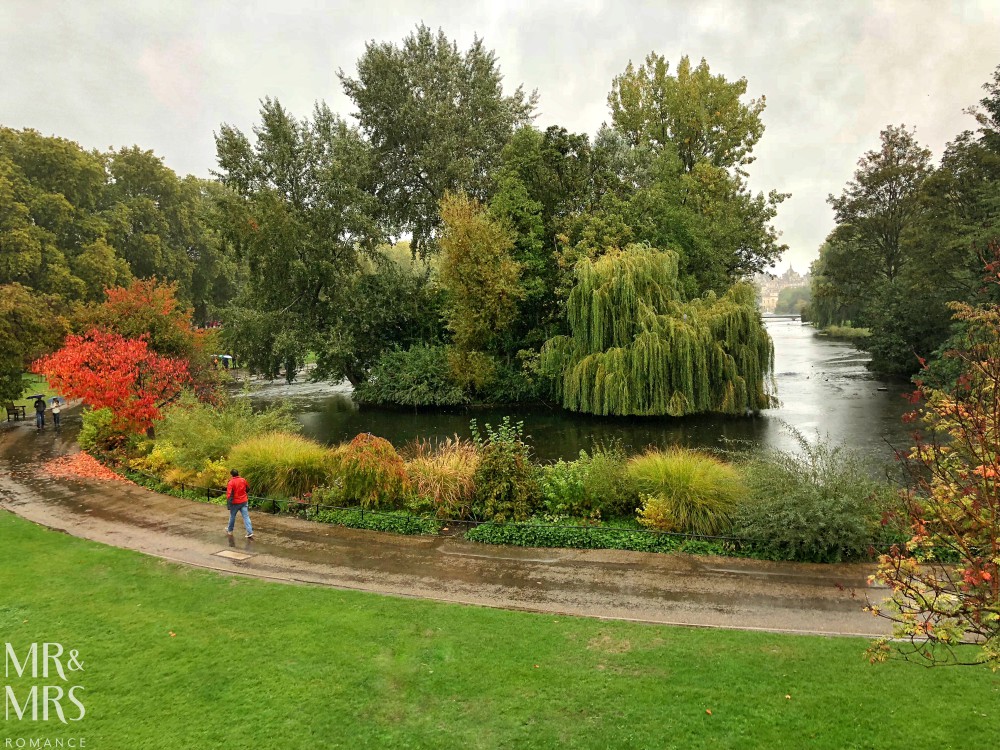 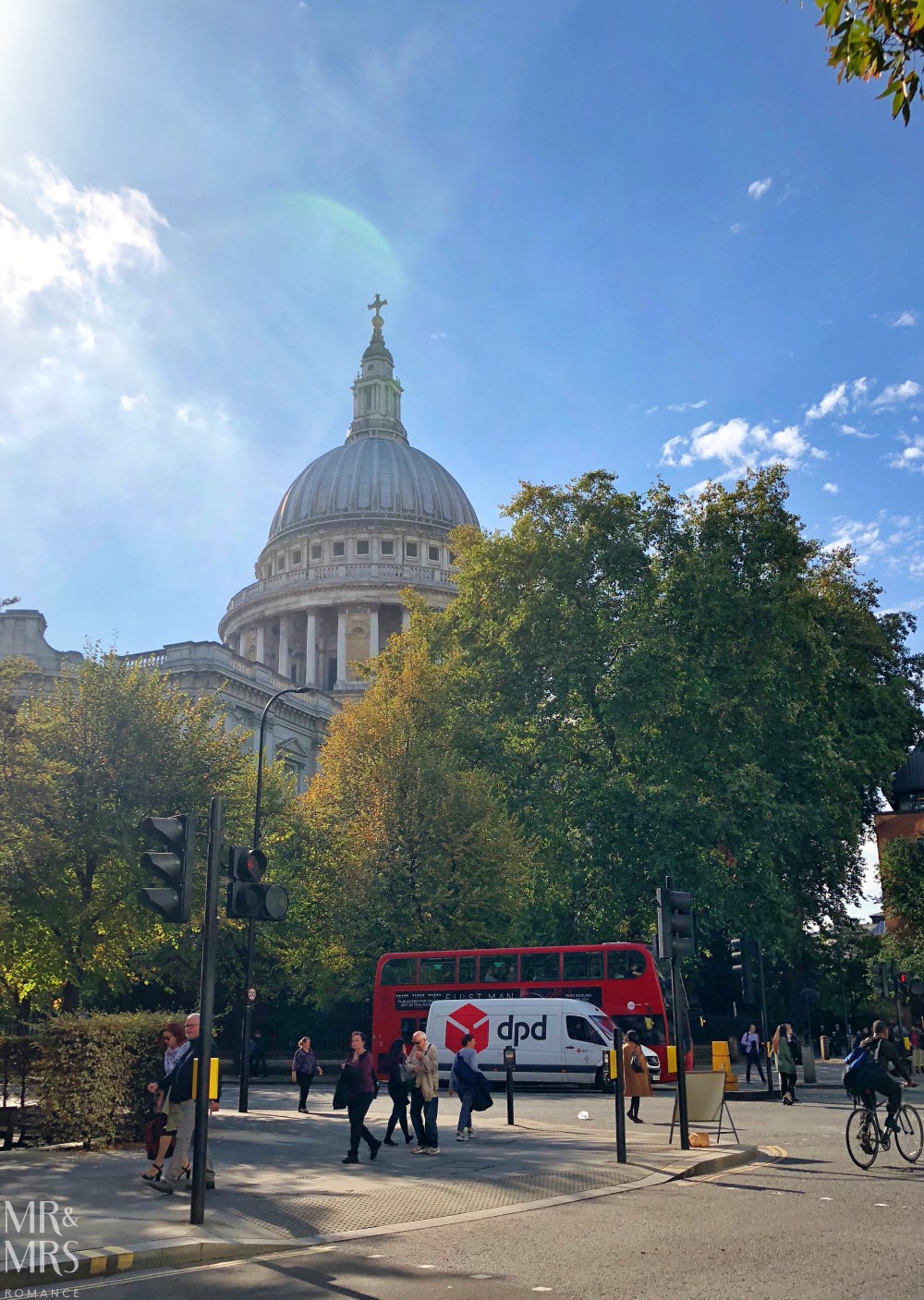 We had a disaster, but it was still a lot of fun. Sometimes bad experiences like these can make your travel memories even better. Good news is no news after all!

Do you have a funny or catastrophic travel story you want to share with us? Tell us about it in the comments! 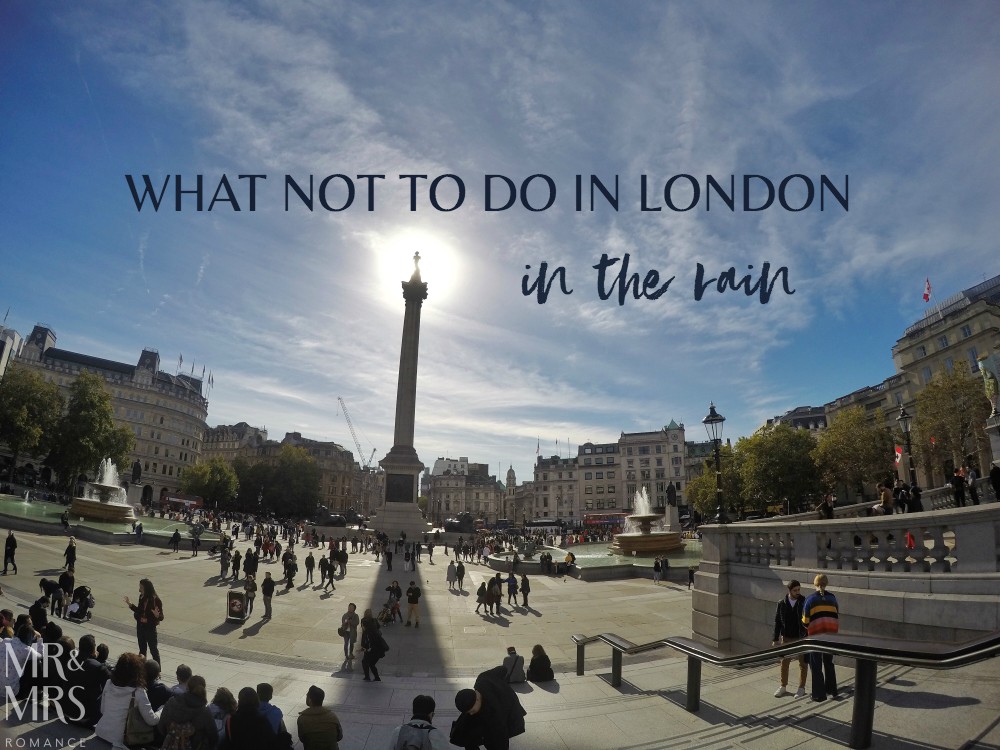 We haven’t got long left here in San Diego. It’s been awesome to be able to spend so much time – not only with…