; A curry fest, a new café and a cruise on a super yachtMr and Mrs Romance 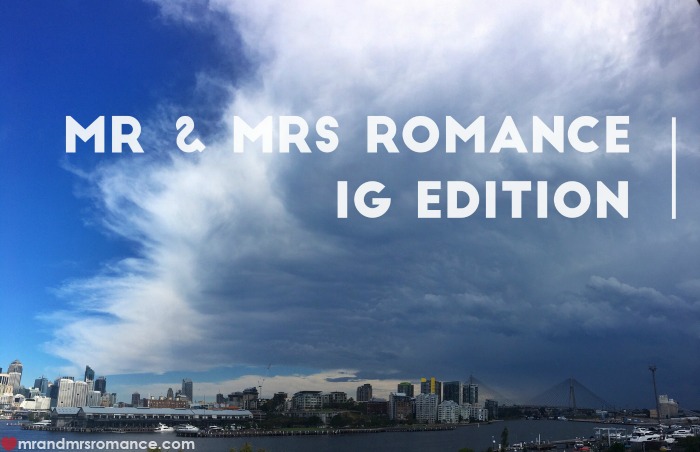 As you can probably see from this IG Edition’s title image, it’s been another week of wild weather here in Sydney.

Thankfully we’ve had plenty to keep us busy, including a big night in with a couple of our best friends… but more about that in a minute.

Over the next few weeks, we’ll be rolling out more content here about our time in Okinawa and will be doing our best to persuade you to visit too. Here are the latest posts about our time in Japan if you missed them:

But there are plenty more stories yet to come, so keep your eyes pealed.

We hope you enjoy this week’s IG Edition and we’ll chat again soon. 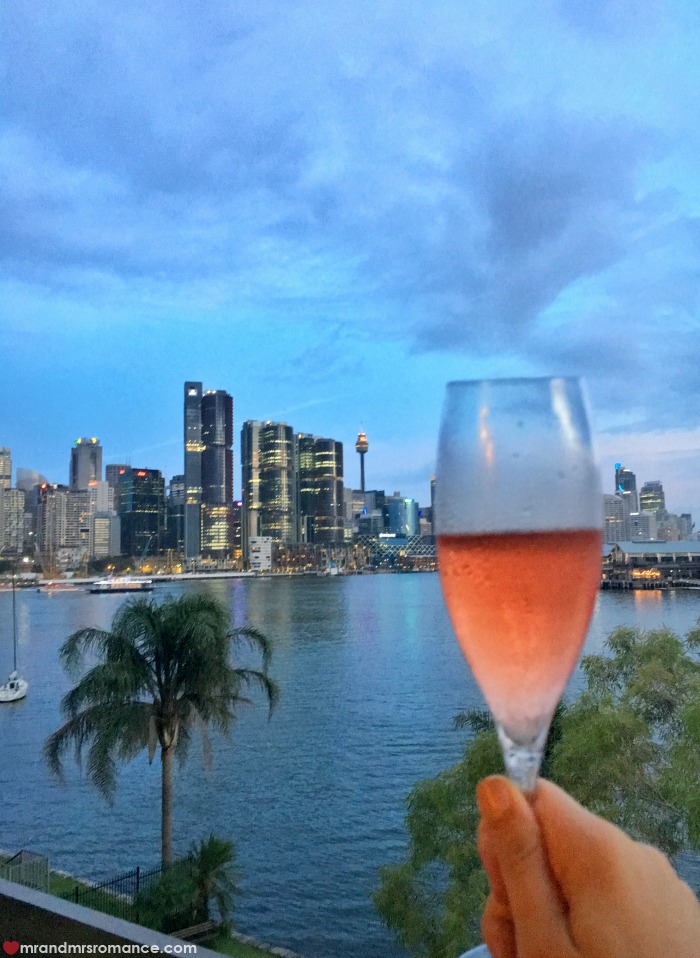 Tonight we have visitors: our amazing friends Kathleen and Jarrod from Nip of Courage, which is a distributor for several of Australia’s finest craft distilleries, and also The Aussie Tipple Company, which uses Australian craft spirits to make pre-blended artisan cocktails – the first of its kind anywhere.

Kath and Jarrod are over for the evening to sample a couple of my signature curries – but while things are cooking, we’ve popped the cork to get things started. Cheers! 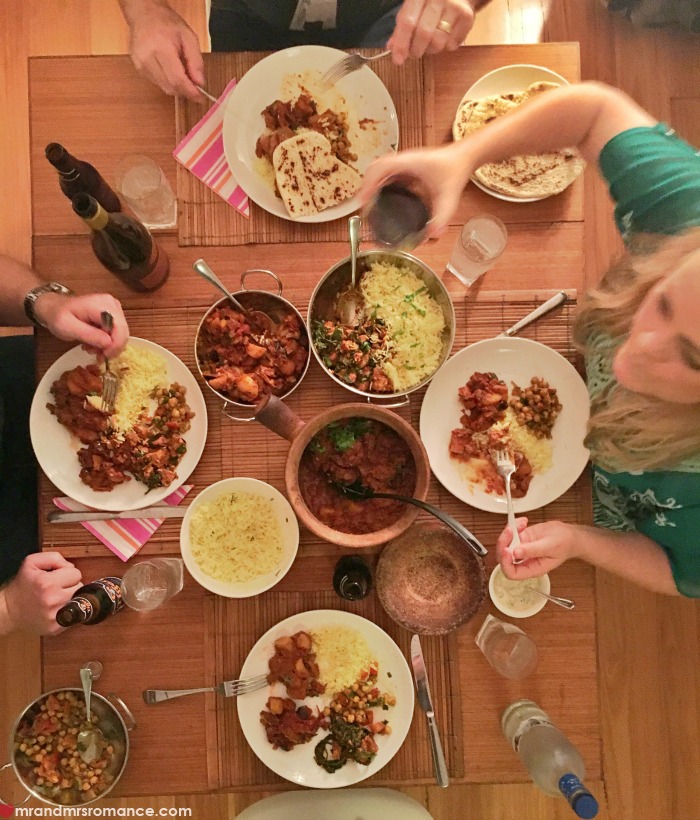 Yep. I’ve made way too much food. I just can’t help it. When I get to cook Indian food I just get over-excited.

Tonight, I’ve pulled out a few of my favourites: a brinjal bhaji, which is a delicious slow-cooked eggplant curry, a beautiful fresh chana masala, which is chickpea, tomato and coriander, and a chicken saagwala – a dry marinated chicken and fresh spinach dish.

I’ve also finally used some venison my brother-in-law, who’s a hunter, gave me. It’s a beautiful piece of meat and has become probably the best vindaloo I’ve made. Here’s the recipe for the 5-hour beef vindaloo I usually cook, but the venison cooked in about 3 hours.

I’ve called it a ‘ven-daloo’ but Mrs Romance insists on referring to it as a ‘vin-deer-loo’ which is probably better – but don’t tell her I said that.

By the way, I also use kangaroo in this curry recipe. It’s called a ‘vinda-roo’ and it comes out beautifully. 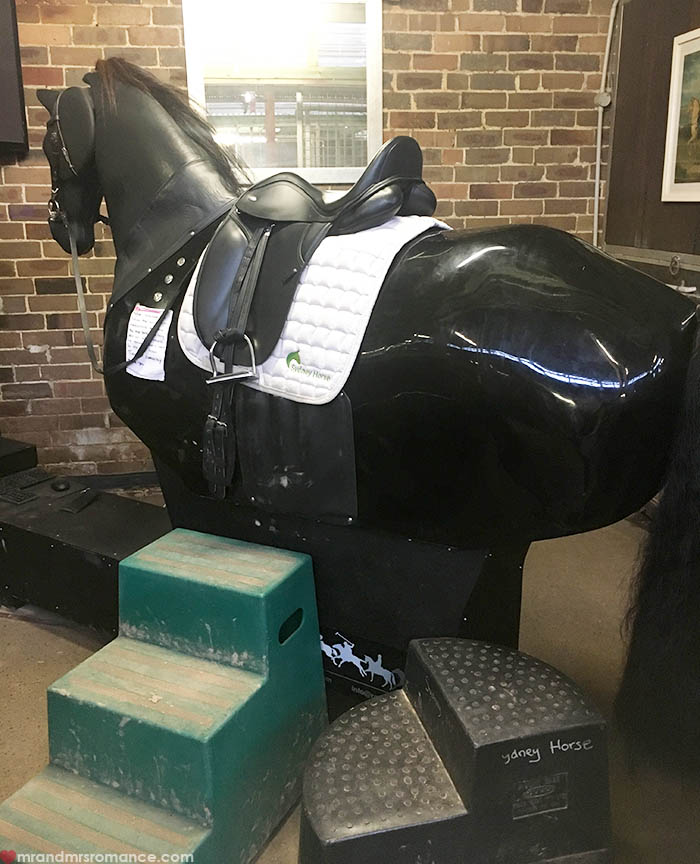 Mrs Romance is back at Sydney Horse in Centennial Park this morning getting back to basics. This is Bonnie. She’s a mechanical horse!

It’s actually quite amazing how realistic this thing is. It mimics the movement of a real horse perfectly – just without the farting and stopping to chew on grass. Or the whole ‘I refuse to move’ thing that often happens when I’m riding. 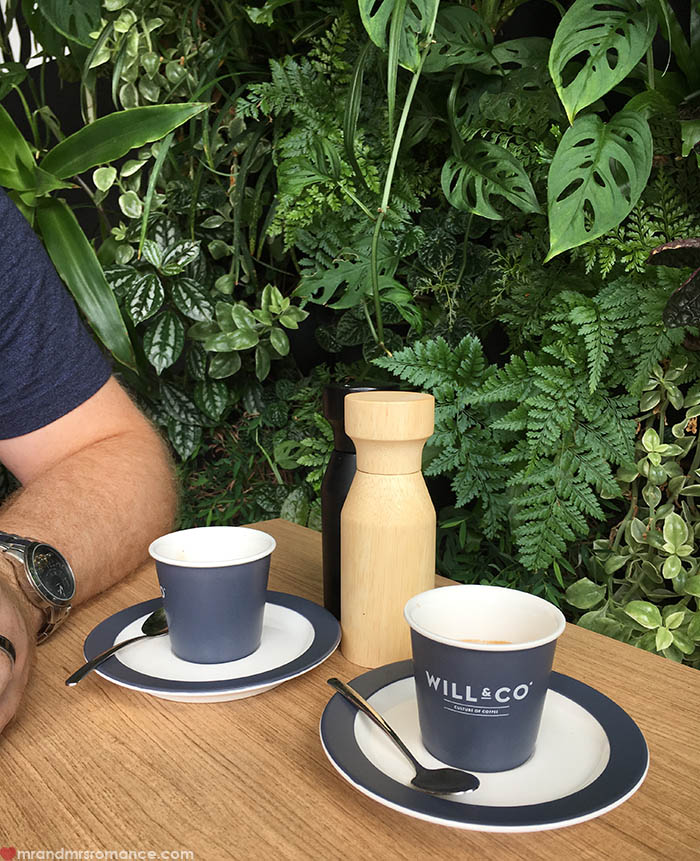 This afternoon we’re out with our mate Sharon for a spot of lunch in Balmain’s newest eatery: Mr Café and Bar. 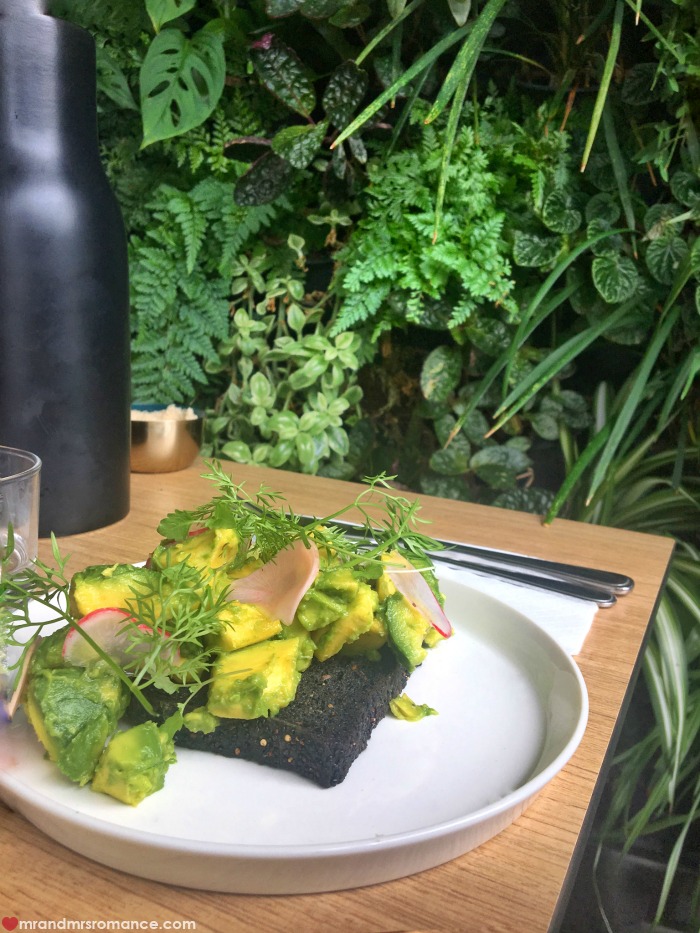 Mrs Romance is quick to order the avocado on toast – but it’s a bit more than just that. This is activated charcoal quinoa bread with an avocado, dill and radish top. Yeah, I know! 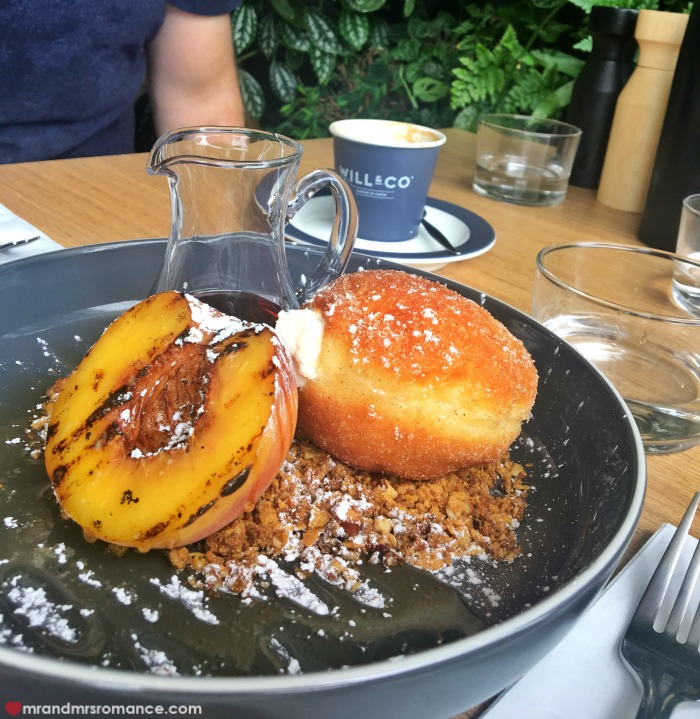 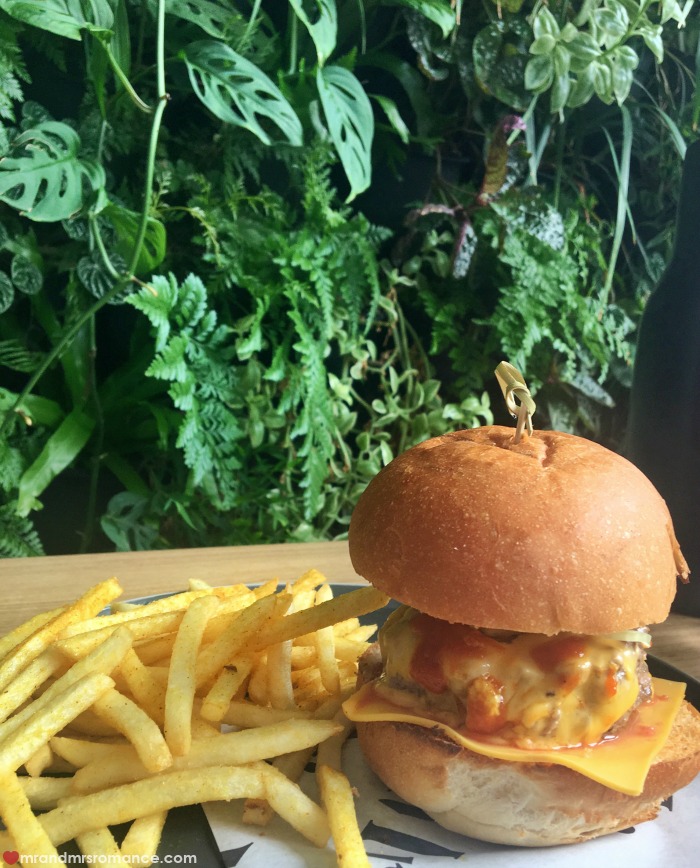 I was really torn between this cheeseburger and the Mr. Muffin, which comes with fried ham, egg, bbq sauce and cheese (and you can add a delicious looking rosti for $4 extra), and I think I made the right decision. Might have to go back to check!

It’s a cute little spot a bit out of the main part of Balmain and away from the mainstay of the pram parade. It did take a while to get our order in though, so when you try this place out (which you definitely should) make sure you go with a bit of time to spare. 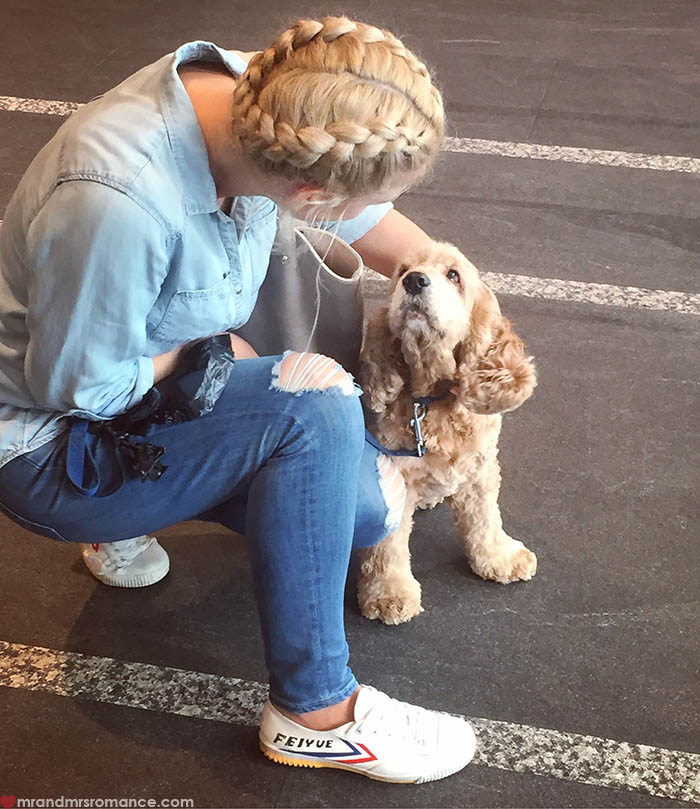 Mrs Romance is visiting her mate Jane Stabler from Evil Twin PR this morning. I think it’s just a ruse to see Coconut The Officedog though.

I can’t blame her. Look how cute Coconut is! 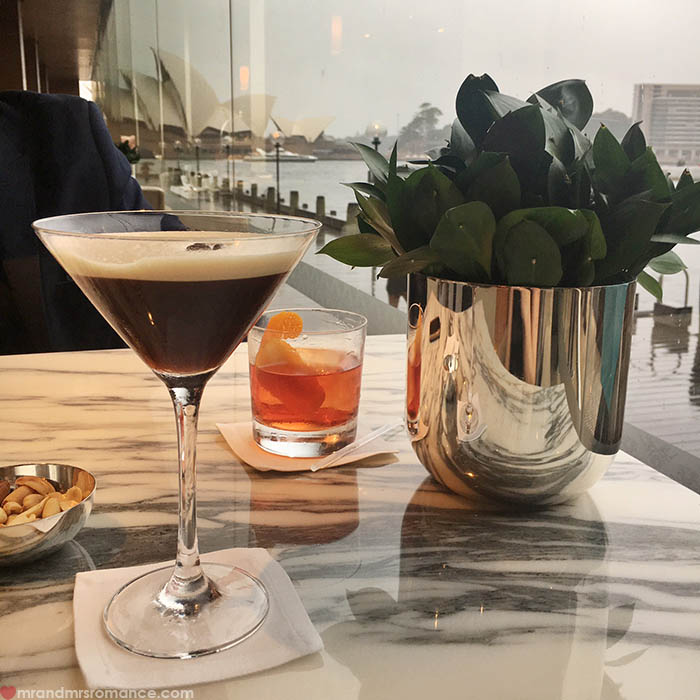 Tonight Mrs Romance and I are living the life of the rich and famous. We’re going for a cruise on Sydney Harbour aboard a multi-million dollar yacht. So why not start things out with a cocktail at the bar of the Park Hyatt Sydney?

It’s a damp chilly night here in Sydney, so I think this is an excellent idea! 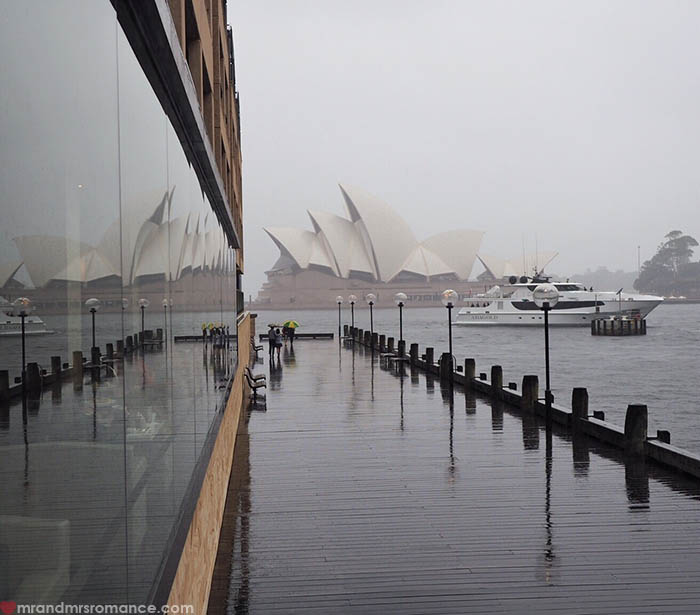 The ship we’re aboard is the beautiful (and newly refurbed) Sahana – an 88-foot dreamboat. We’re learning about the launch of a new set of itineraries with one of the most luxurious luxury travel brands we’ve worked with: Adagold Luxe.

These guys run incredible private jet trips to some spectacular destinations. You really need to check them out – like this charter to three of the most luxurious locations in the South Pacific.

It’s a grey old evening in Sydney, but the thought of embarking this beautiful ship in such an amazing location changes everything. 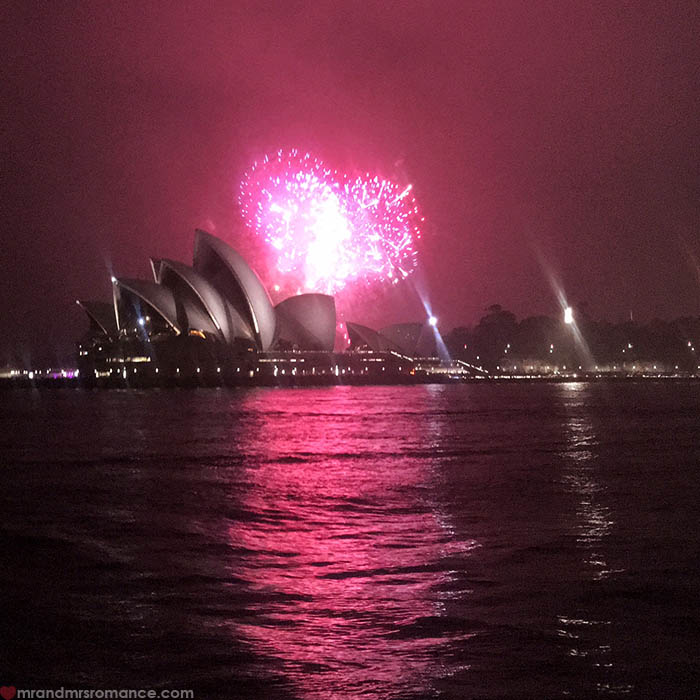 The cruise is coming to an end and we’re treated to a bit of a firework display as we approach the wharf.

It’s been an amazing evening with some delicious wine from Seppeltsfield, who are one of the oldest wineries in Australia. Each year the winery releases special wine and port that’s 100 years old, so this year their 1917 vintage is available. You can get a bottle of your birth-year vintage from these guys too, which is an incredible idea for a gift.

Not a bad way to spend a wet evening in Sydney, ay? 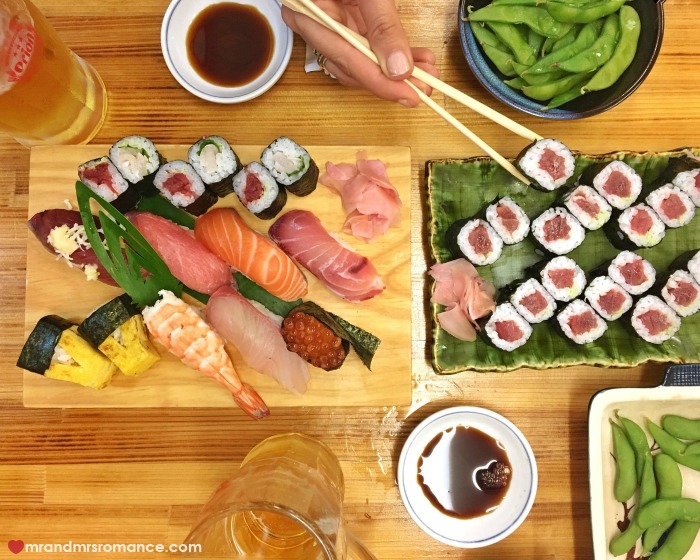 Surprisingly, Okinawa is not known for its sushi. You’d think somewhere like Okinawa, which is a prefecture made up completely of islands, would have more seafood on its menus.

The fact that not as much fish is eaten here as we thought doesn’t stop this meal from being one of the best we had in Okinawa. And best of all, the whole thing cost about AUD$30 from this cute little place tucked away off the main road in the north of the island. 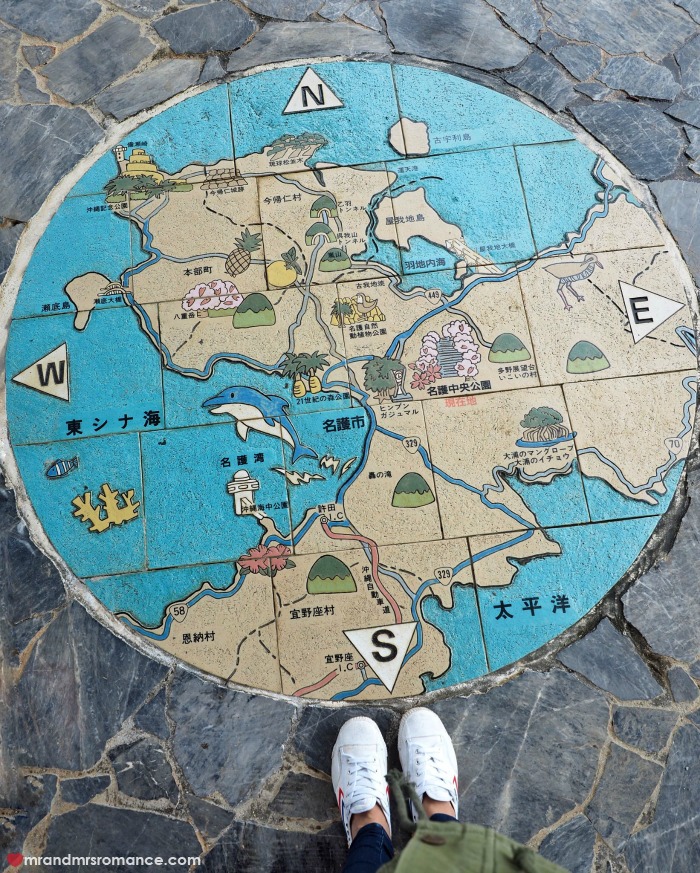 Near Naga City in the middle of Okinawa Island is the Naga Castle Park. It’s a beautiful park set right on the ruins of one of the many Ryukyu castles dotted about the island. 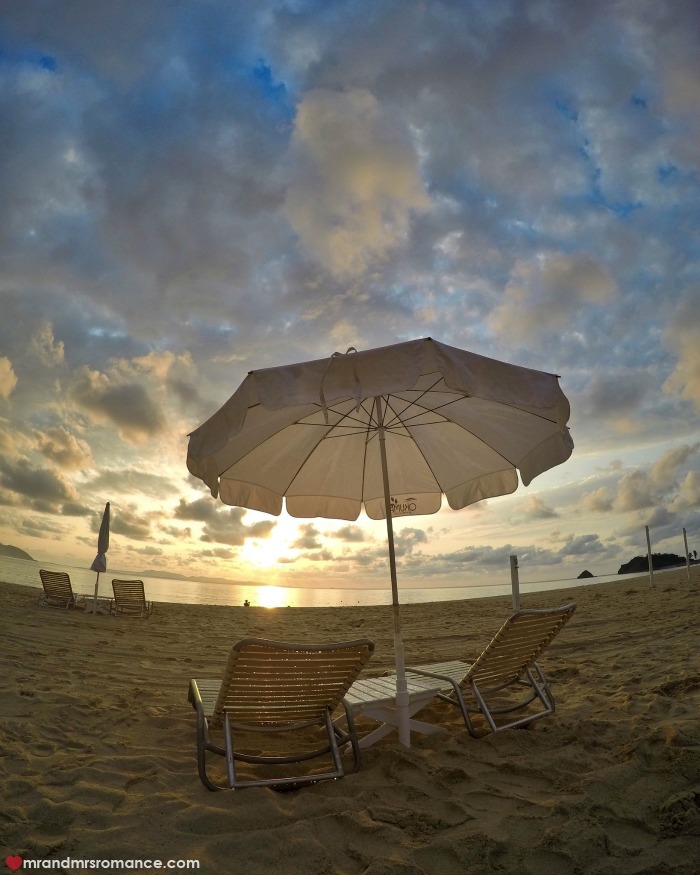 Okuma Beach, right opposite our hotel the JAL Private Resort Okuma and it’s absolutely stunning. If you’re here in Okinawa, definitely make sure you go north at some point. Things are quieter and more peaceful than in the south where all the cities are. 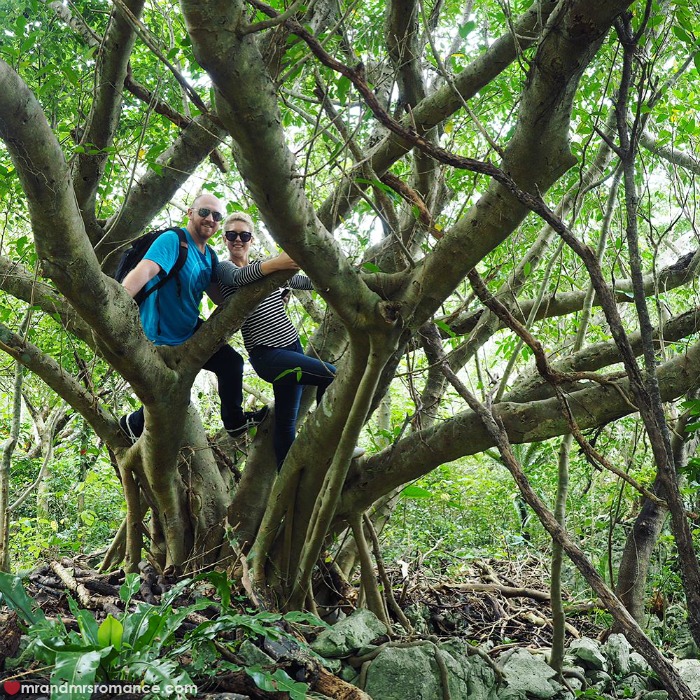 Dai Sekirinzan is a kind of national park in the very north of Okinawa. There’s so much to do here because the landscape is so diverse. There are forest trails leading you through some of the strangest rock formations, a promontory that looks out over Cape Hedo, the island’s most northerly point and even a jungle area.

This banyan tree is one of many that have grown up in this jungle area, and they’re just beautiful. This park is said by geologists to be the oldest part of the island. The limestone karst – jagged rocks that were once a limestone tablet that have since eroded – has created what locals call special Power Spots.

These Power Spots are an important part of modern-day Okinawan spirituality and of the old Ryukyu customs as well. 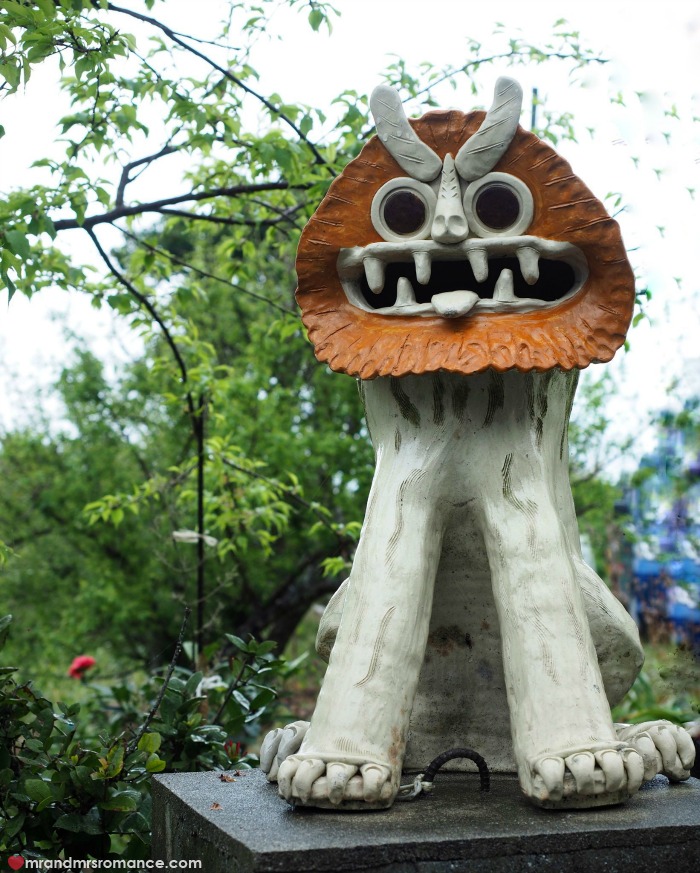 You can find these Shisa all over Okinawa. They’re from the old Ryukyu legends – the indigenous people of Okinawa – and they’re believed to be a protective force against evil spirits.

You find these interesting characters outside people’s houses, on rooftops even on the tops of vending machines – of which there are 1 to ever 3 people in the prefecture!

You often find pairs of Shisa together – one with its mouth closed (apparently to keep good mojo in the house) and the other with its mouth open like this one. The roar of the Shisa is said to be so loud it terrifies any evil spirit or creature. I think they’re kind of cool. 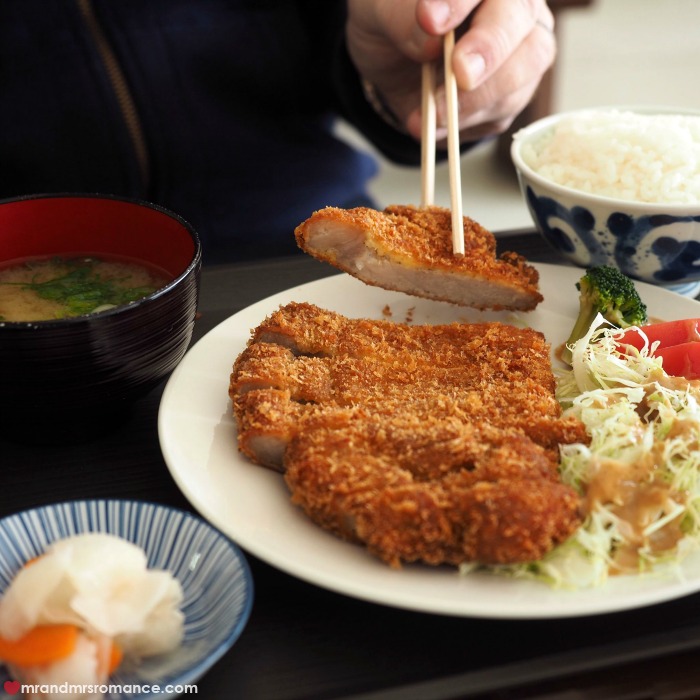 The food in Okinawa – like the rest of Japan – is delicious. There are some dishes here that you can’t get anywhere else in the world – just like this. It’s pork katsu – a bit like a schnitzel. Yes, you can get this everywhere, but this katsu is made with Okinawan wild boar.

Yes, it’s delicious. I ate it all!

Well, we hope you have a great week and that you’ve enjoyed this IG Edition. Let us know in the comments if you did, won’t you?

Speak to you again soon – Jim and Christina.

Day 29 of our 30 Cocktails in 30 Days Challenge: the White Sangria. It’s always the hardest thing to do when you’re in a…