Chicago isn’t like San Diego. Of course it’s not! What a stupid thing to say! However, I did notice there were a few places in the Windy City that valued an individual’s right to enjoy a good cigar. 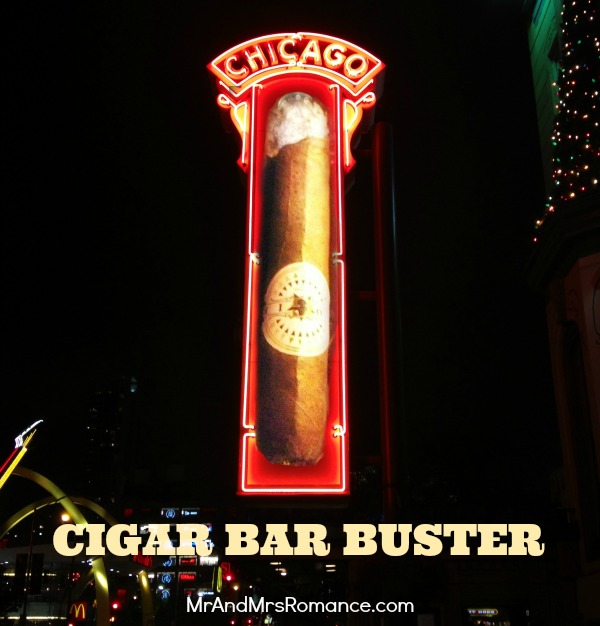 While Mrs Romance was busy learning at the 2013 BlogHer Conference, I decided to have some fun of my own. Here’s my hop around Chitown’s cigar scene.

This is my first stop of the evening. 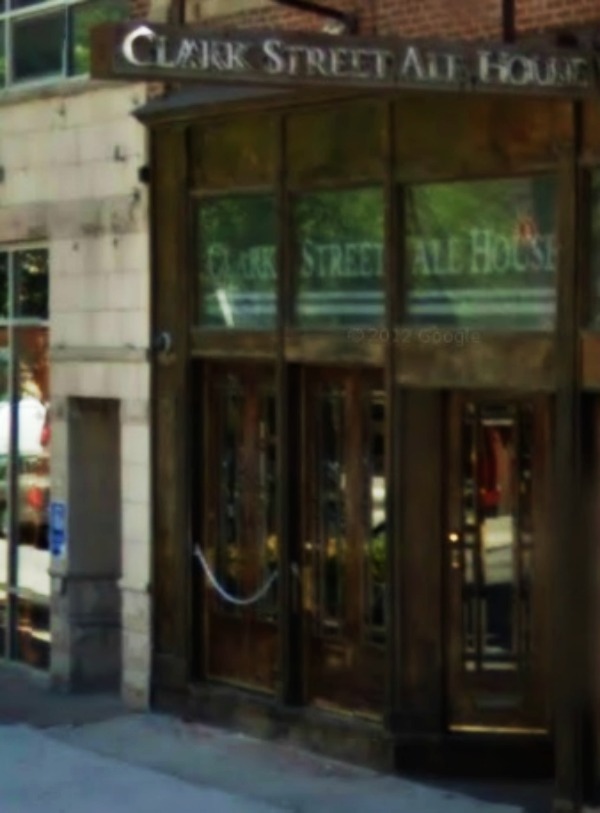 The line-up of craft beers they have on tap is impressive. The taps themselves are mounted on original sidings from old fire trucks from the local area. 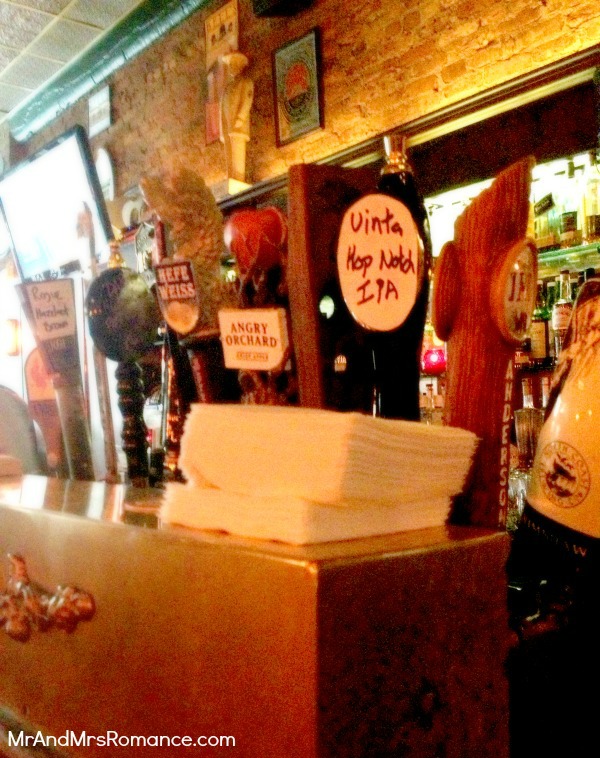 The very nice man behind the bar – Adam – pours me a great pilsner. Grimshaw Pilsner, in fact, by the North Coast Brewing Co. It’s sweet, sharp and bubbly. It’s the perfect start-up.

I get chatting to Adam, who’s been a Chicagoan from the start. He even worked in the old metal factories before they all closed down a couple of decades ago. He assures me I can smoke out the back, but I’m saving myself for later! 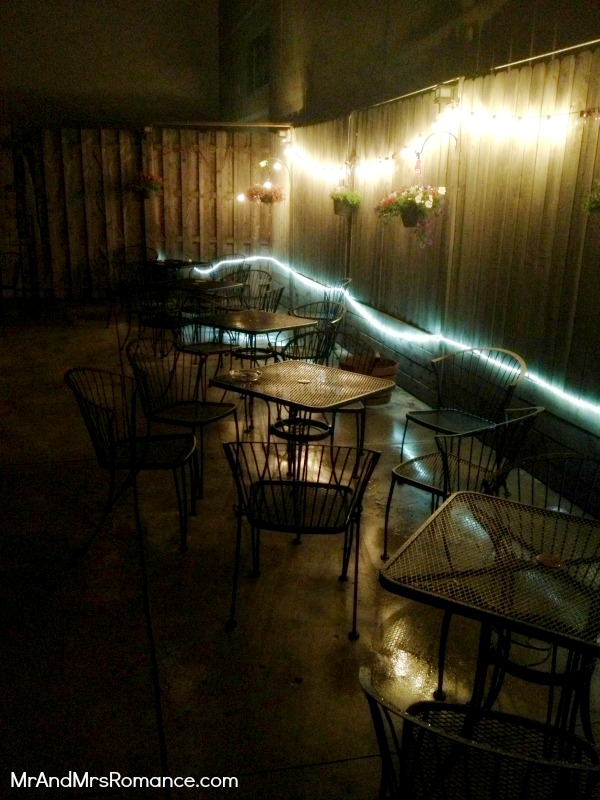 I have a look anyway, and sure enough, I find the courtyard dedicated to cigars. Comfortable-looking garden chairs and little lights decorate the little area. It would be perfect for a smoke.

Back at my seat at the bar, I decide to try a three 5oz taster. I have no idea how big a 5oz glass is until it comes. Yes, now I know five ounces is like a giant shot glass. This is okay though as I want to try as many of their beers as I can.

The IPA’s a little sweet and not dry enough for my liking, but the Nectar is delicious. It’s sticky and sweet, and has a really good hazelnutty touch to it. The Black… well, it’s mental. Heavy, sharp, dry and full of coffee, I’ve got no idea how anyone could drink more than a pint of this. It’s only 5.5% but it tastes much stronger.

To wind things up, I give their hand pump a try. I know this sounds potentially quite rude, but it’s not. Clark Street Ale House has a New Holland Mad Hatter IPA that’s pumped straight from the seasoned wooden cask it’s brewed in and it’s worryingly drinkable.

It’s sweet, hoppy and bitter all at once. This is a great example of what Americans are doing with craft beer. 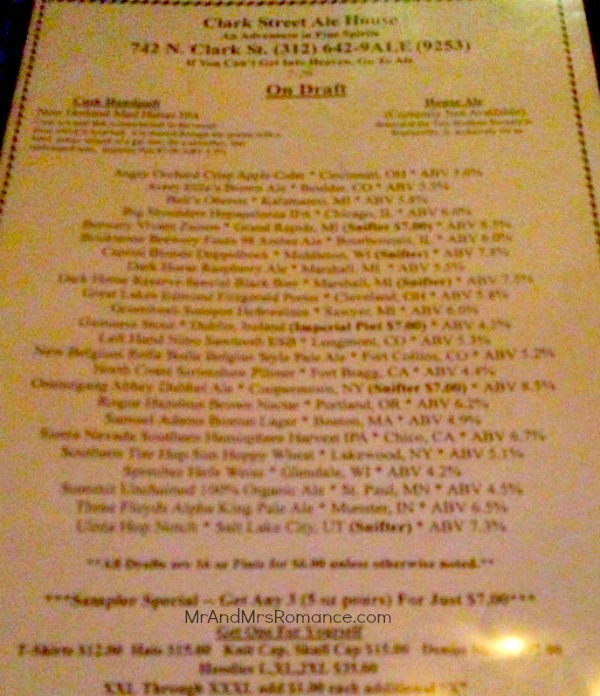 Here’s the beer list. My picture’s not very clear, but you can see how many they have on tap at Clark Street.

The bar by the way is exactly what you’d picture an American bar to be if you’d never been in one before. Nice and dark, full of atmosphere and characters, the fullest liquor shelf you’ve ever seen, and real friendly.

Oh, and baseball on the telly.

My next stop, Sullivan’s, is across town. Upstairs used to be a smoking lounge but with all the new legislation Illinois and most other states are into these days, smoking in such places is now a thing of the past. 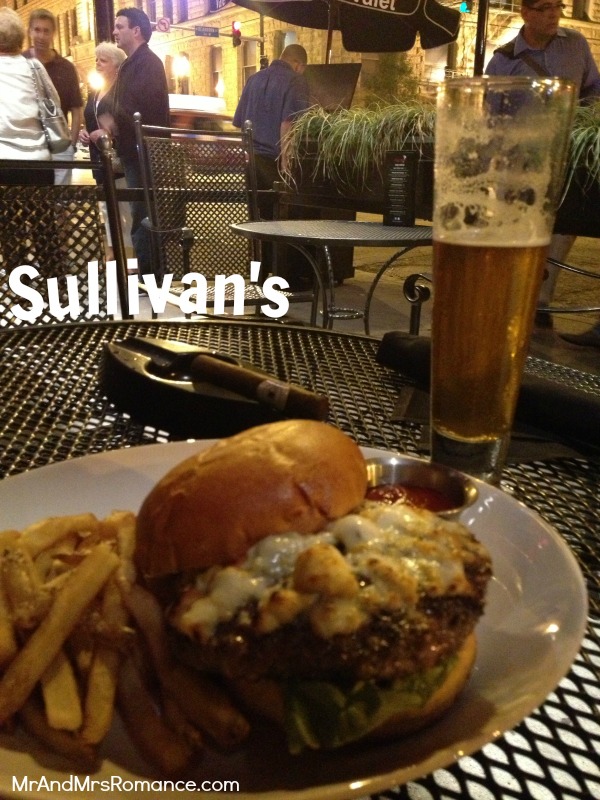 Sulli’s is a classic big-steak big-American restaurant where the steaks are a bit too expensive for the casual diner. And the valet parking, classic bar staff style and matre d’s desk are off-putting.

However, the understood cigar-affirmative street-side dining is unbeatable. Especially with such good service and such good food. 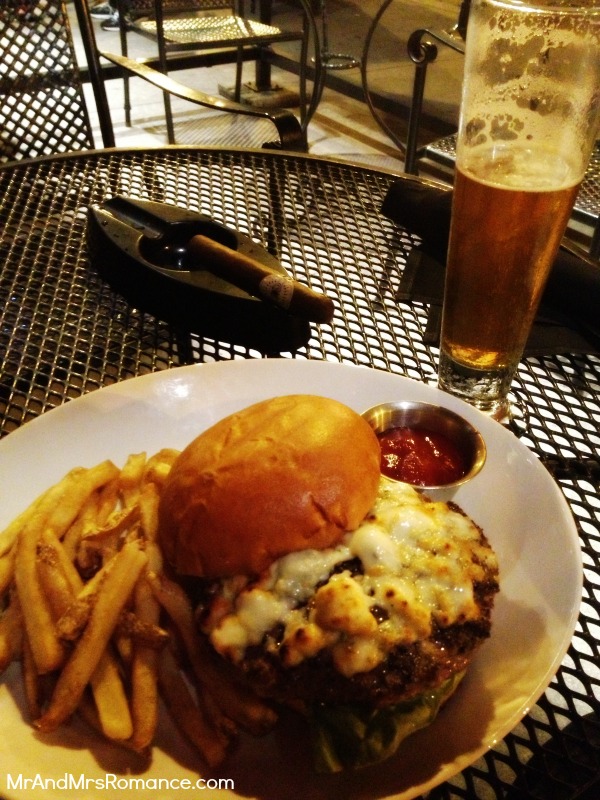 The Butcher Shop Burger with blue cheese and fries is just about the best burger I’ve ever had! Big call, isn’t it?

After my incredible burger I light up the robusto maduro I bought in San Francisco from Stogies Inc. Here’s my cigar review. 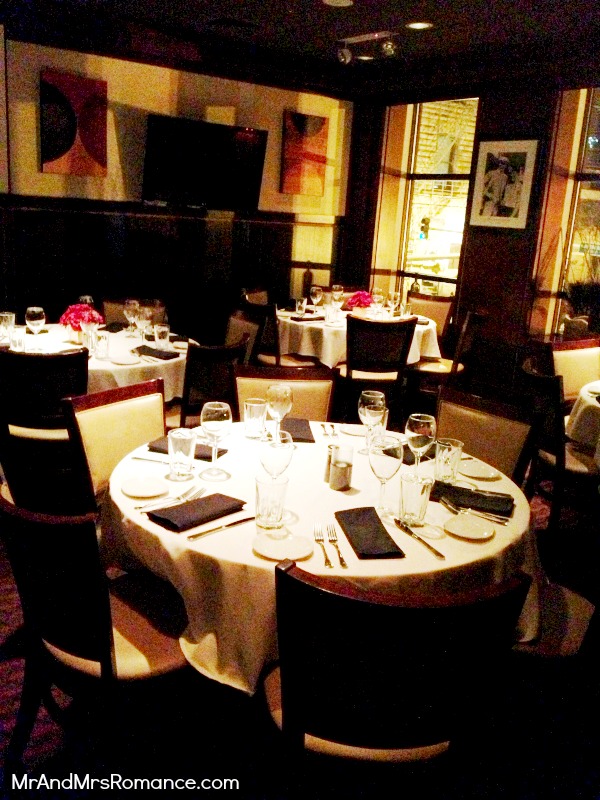 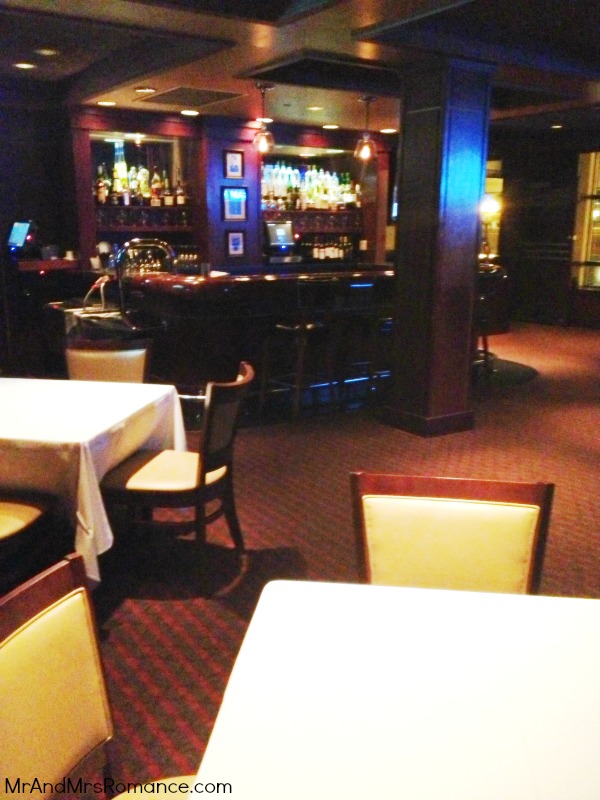 Here are some pics of the upstairs dining area – once a dedicated cigar lounge.

I really liked Sullivan’s and would be back in a flash. The people-watching streetside (especially late on a Saturday) more than makes up for the first floor no longer being a cigar lounge. They even put proper cigar ashtrays out for smokers.

My final stop for the evening. Exactly as it sounds, Reds has a piano! After about 10 everyone gets involved and the runaround bar is run ragged. 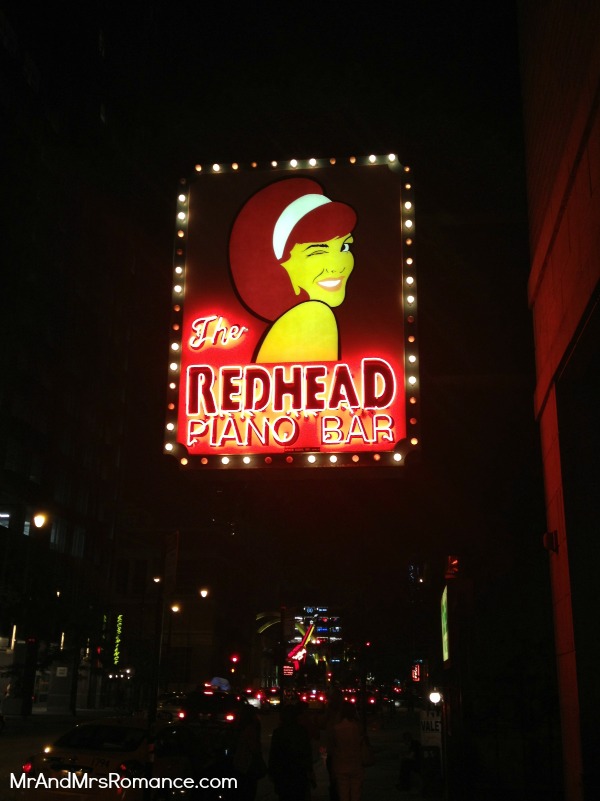 The scotch menu here is superb and the cigars on offer are okay too – especially for what is essentially a dive bar.

The smoking area isn’t great though – just a little courtyard out the back. But if you’re lucky and you don’t mind missing the awesome atmosphere inside, then you and a group of friends could smoke it up and have a great night.

There’s a weird rule though that all drinks have to be bought at the bar – no table service, so get ready to battle for your beer. The bar staff are fast though, so you’ll be right as long as you stay positive and focused!

All in all, I had a great night even though I was on my own. Chicago is an incredibly friendly city considering it’s so big. That mid-west hospitality really shines through here. And it’s clear they’re trying hard to cater to their cigar-loving locals.

Here are the three places I went to and links to their websites again. If you’re ever in Chicago, definitely check these places. If you live in Chicago, I hate you!

As we watch LA disappear into the distance from our plane windows, the thrill of visiting a new US city makes us a little…