Boating holidays in England are amazing fun and a great way to see the English countryside. The Norfolk Broads in East Anglia is perfect for a relaxing boating holiday, but if you’ve only got a day to spare, here’s where to go and how to do it.

“There is nothing – absolutely nothing – half so much worth doing as simply messing about in boats.”

Ratty’s words from Wind in the Willows have always struck a chord with me. When I was a boy, my mum and dad took me on quite a few holidays motoring slowly up and down rivers around England.

It’s such a relaxing, peaceful way to navigate the country and from an angle you rarely get to see otherwise.

Boating holidays are also amazing if – like us – you embrace the principle of slow travel. Chugging along in your own floating home through some of England’s most iconic, beautiful countryside and watching the world gradually roll by. 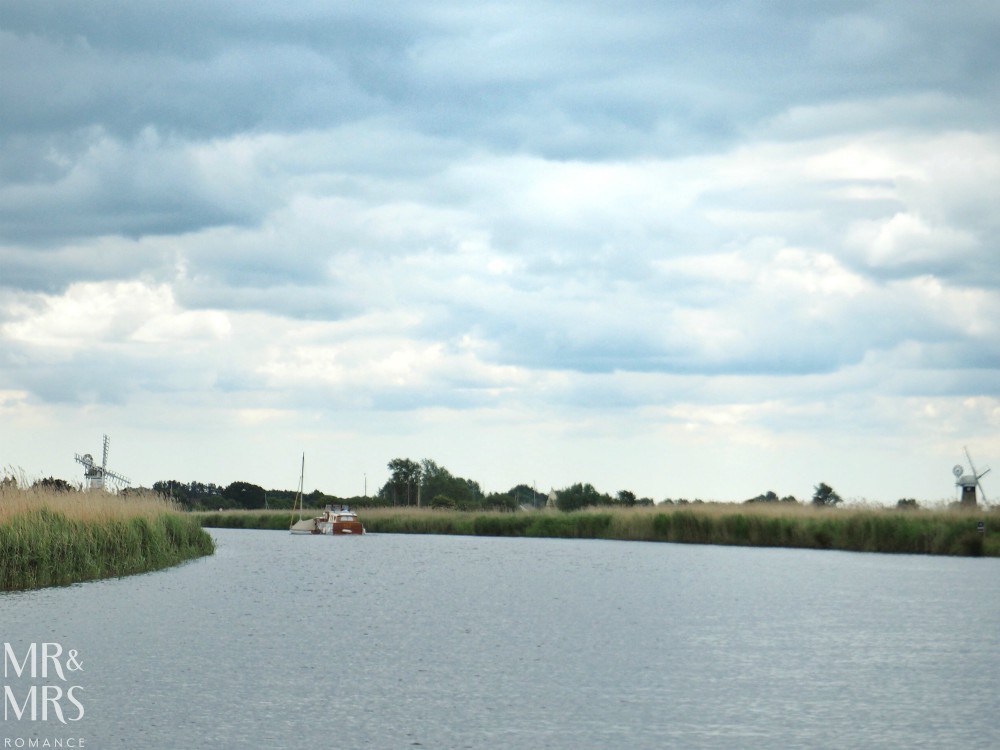 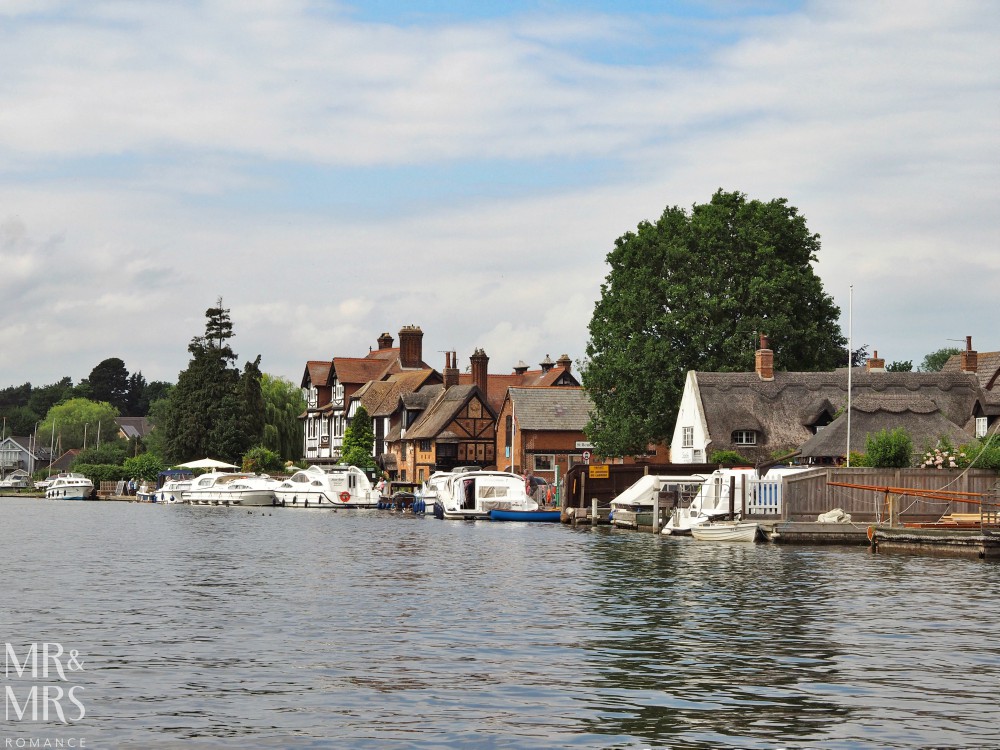 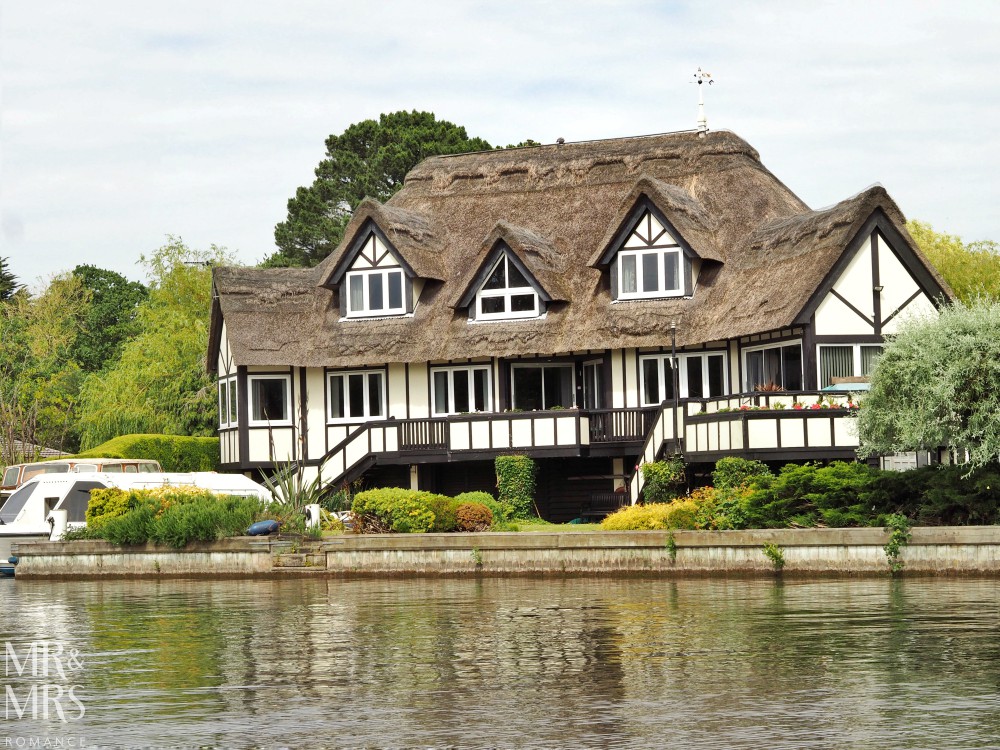 I have vivid, everlasting memories of stopping off at little pubs for lunch, mooring up and exploring pretty riverside towns and throwing a lucky line out on a lazy fishing day.

There’s no better way to go.

The Norfolk Broads, a network of some 200km of river systems starting 8 miles east of the county’s capital city Norwich, is ideal for a boating holiday. You can hire full-size canal boats that sleep a family and take weeks to traverse the easy, windmill-lined banks of the Broads.

However, if you only want to commit a day’s excursion to the river, you’ll still get a feel for the area and it won’t cost much either. 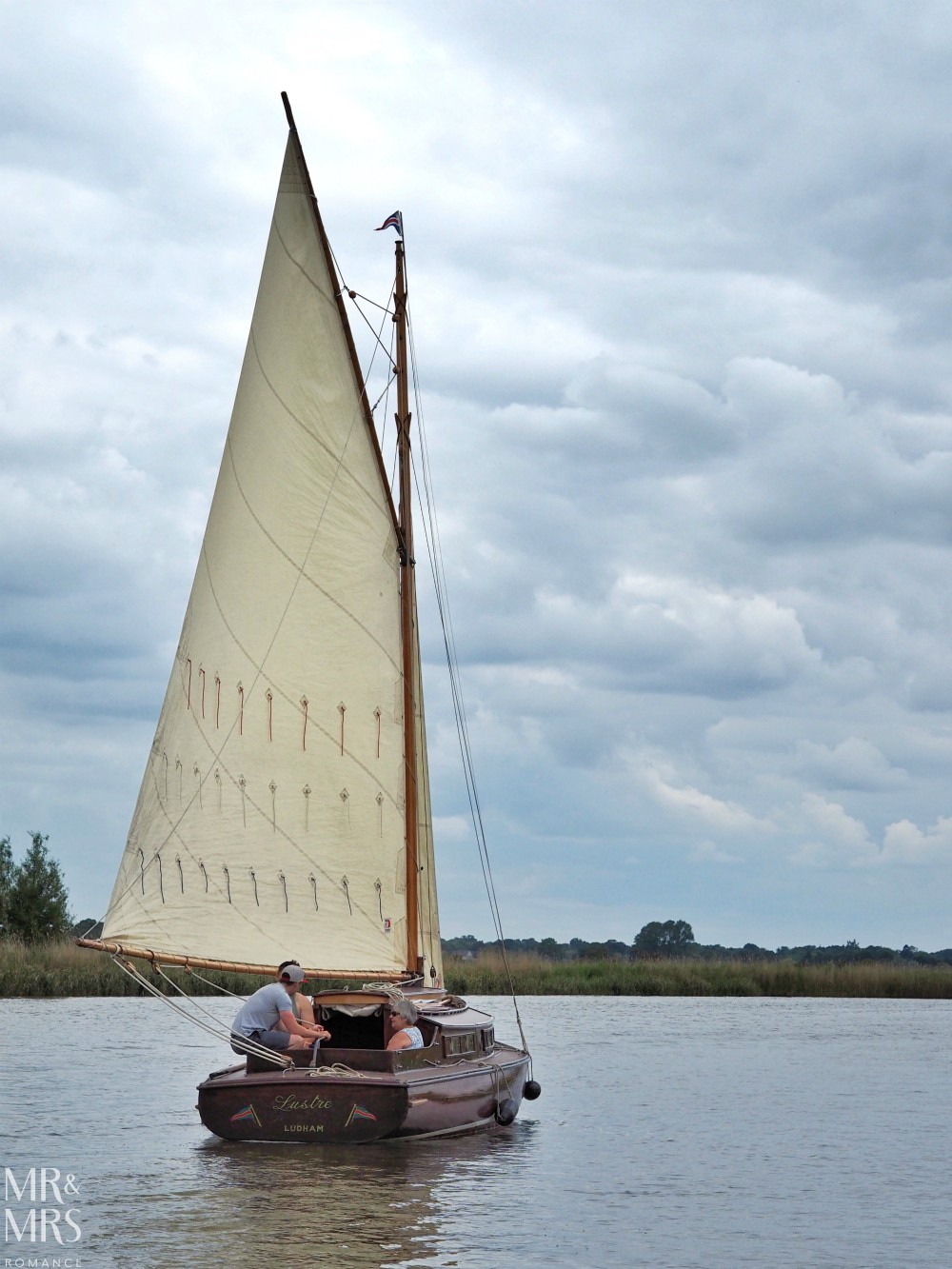 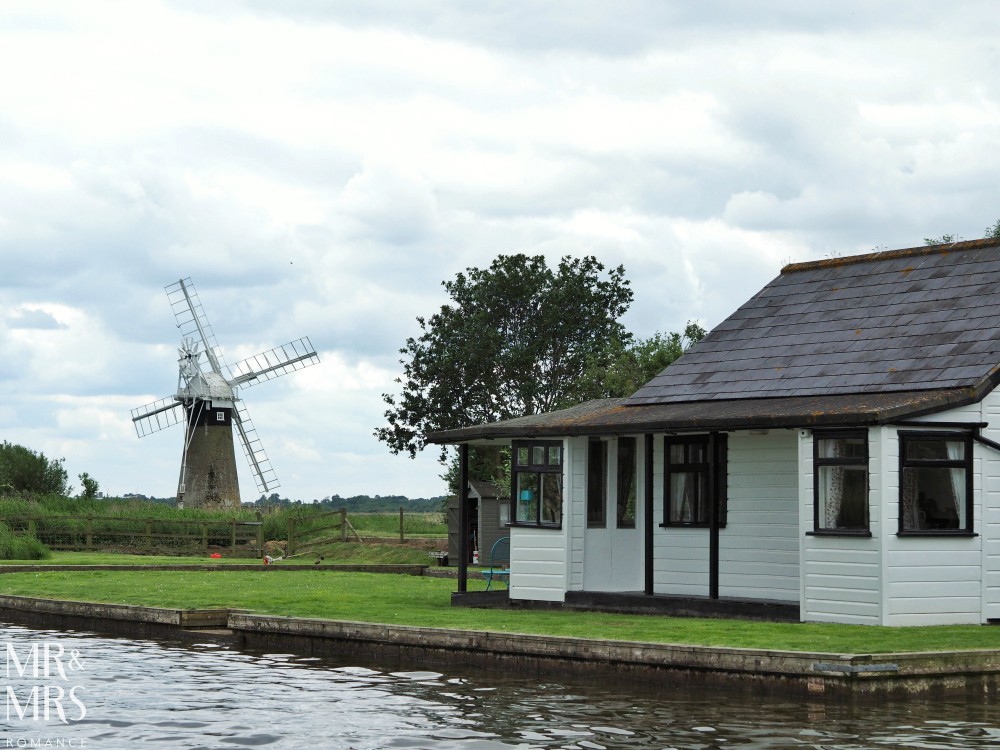 How to explore the Norfolk Broads in a day

With 7 rivers and over 60 ‘broads’ making up the Broads National Park, there are numerous places to start your journey. We began our outing from the little town of Potter Heigham (pronounced locally as just “ham”) in the northern reaches of the Norfolk Broads. 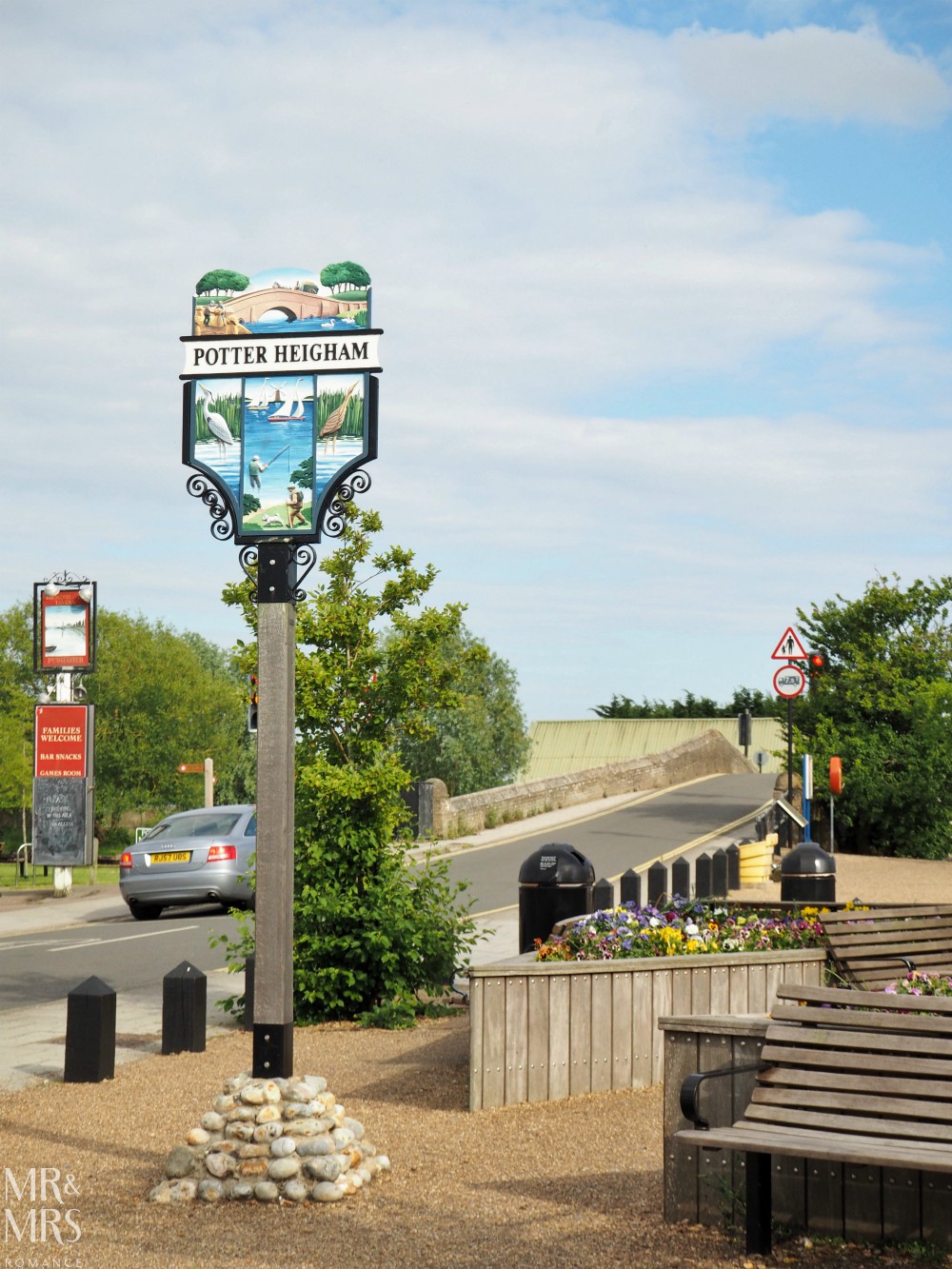 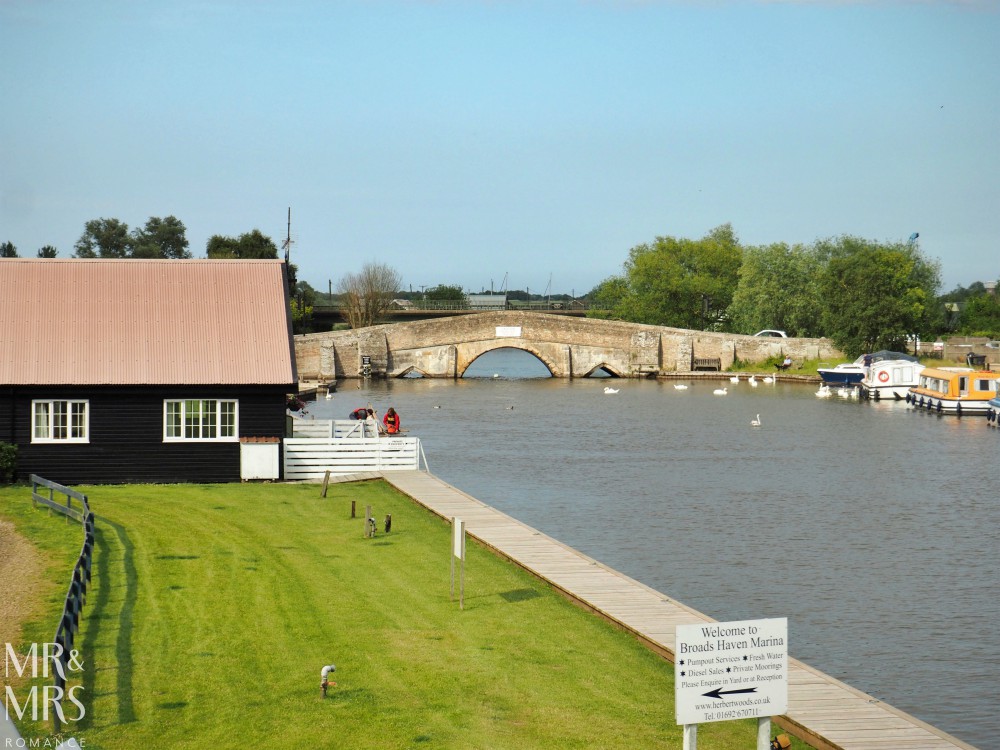 Which boat and how much?

We decided to hire a little open-deck day boat big enough to hold up to 6 people. Initially we were Thanks to a tip-off from a local, we hired ours from Maycraft Day Boat and Hire Services, who are a lot cheaper than anyone else in Potter Heigham.

You can hire these boats by the hour for up to 8 hours. At most you’ll be paying about £85 depending on the season and how long you’re on the water.

Our boat cost about £45 for 4 hours, which includes fuel, for 4 hours of fun. You don’t need any prior boating experience or boat licence to drive these. 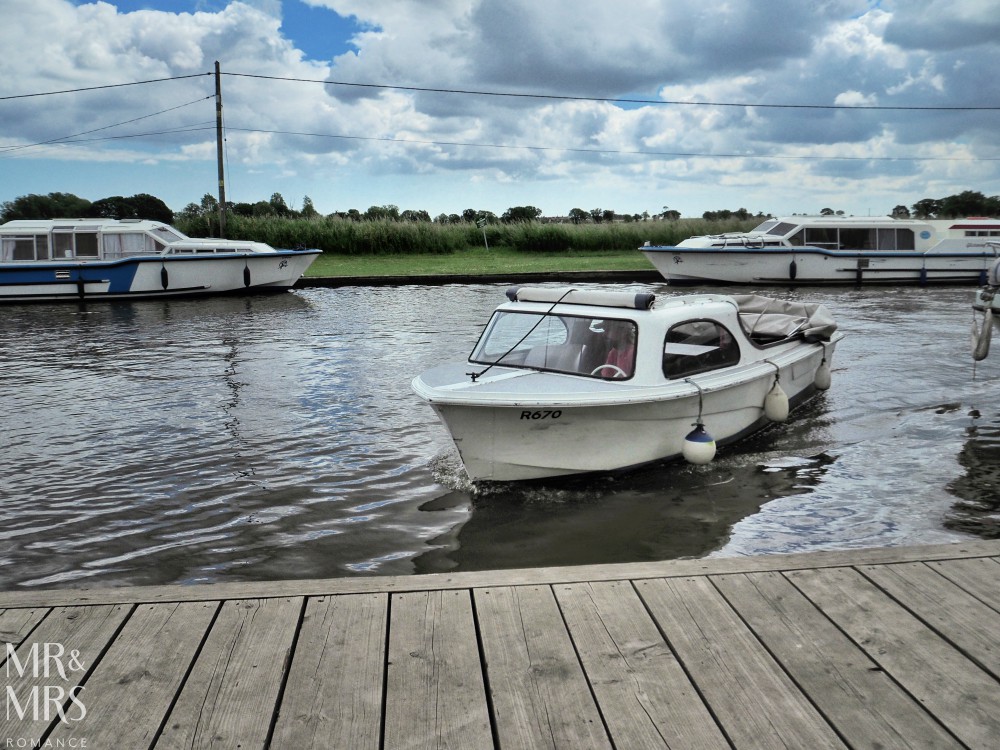 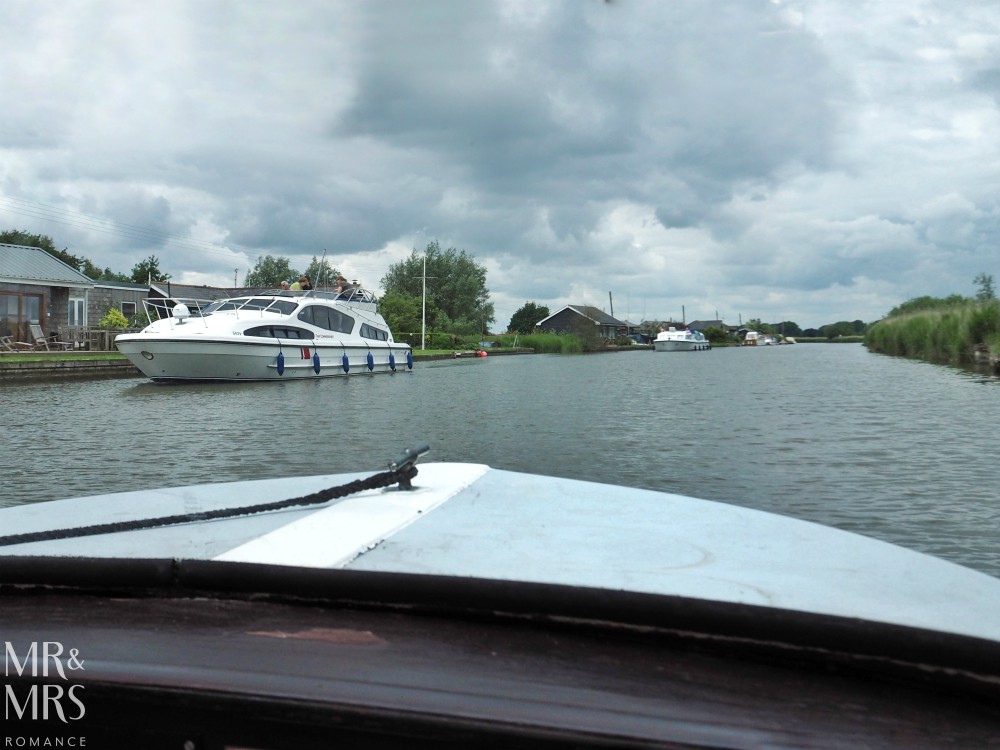 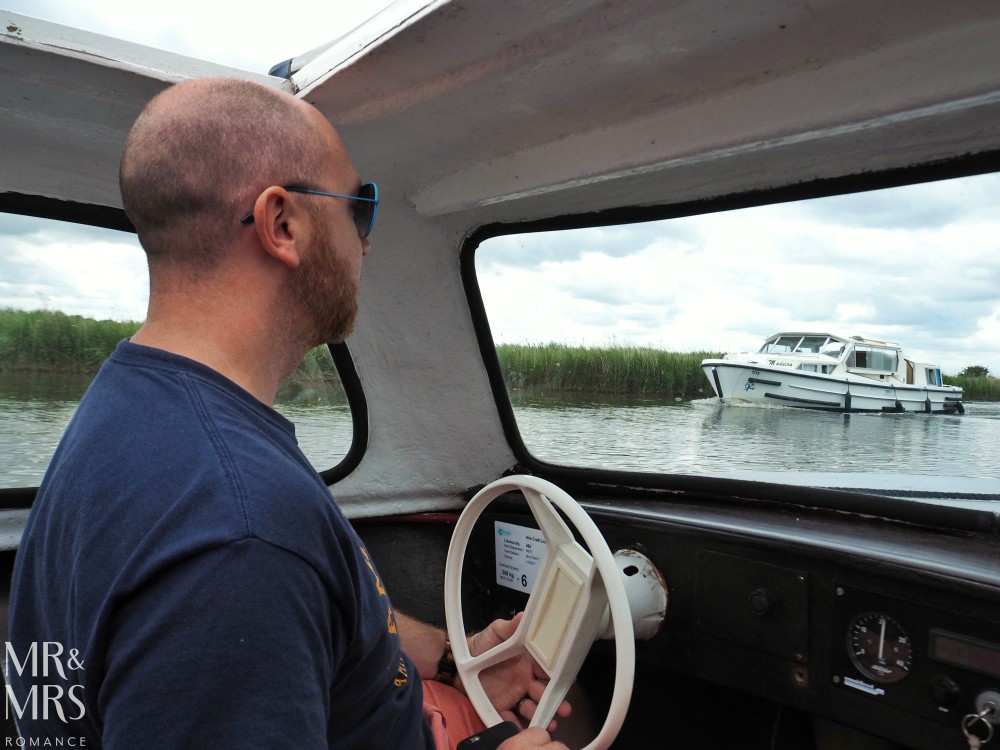 Where can you go?

The only thing limiting you with a little boat with a shallow draft like this is how long you have.

In 5 hours we managed a 20km round trip, which isn’t bad. And that includes a few stops along the way. Of course, if you have the boat for longer, you can go further… or spend more time in one place.

From the beautiful medieval stone bridge in Potter Heigham and Maycraft’s little jetty, we set out in a southwest direction on the River Thurne.

The Thurne soon joins the River Bure, which winds for miles west to the Blackwater and joins the sea at Great Yarmouth. Dotted along its banks are some beautiful windmills that were once used either to grind grain, seed or to pump out floodwaters.

On the banks of the Bure sits the fascinating ruins of St Benet’s Abbey, though it’s in fact a ‘double ruin’. The abbey was built around 1000 years ago but fell into ruin in the 1600s.

In the early 1700s, like some kind of weird brick hermit crab, the windmill used the abbey’s shell for its home and milled rapeseed oil for over 150 years. A storm caused irreparable damage to it in the 1850s and a fire in the late 19th Century finally put an end to the windmill.

These days this chimera of architecture stands as a bastion to the history to this region, and even has its own dragon legend – the Ludham Dragon is said to have had a lair beneath the abbey itself. 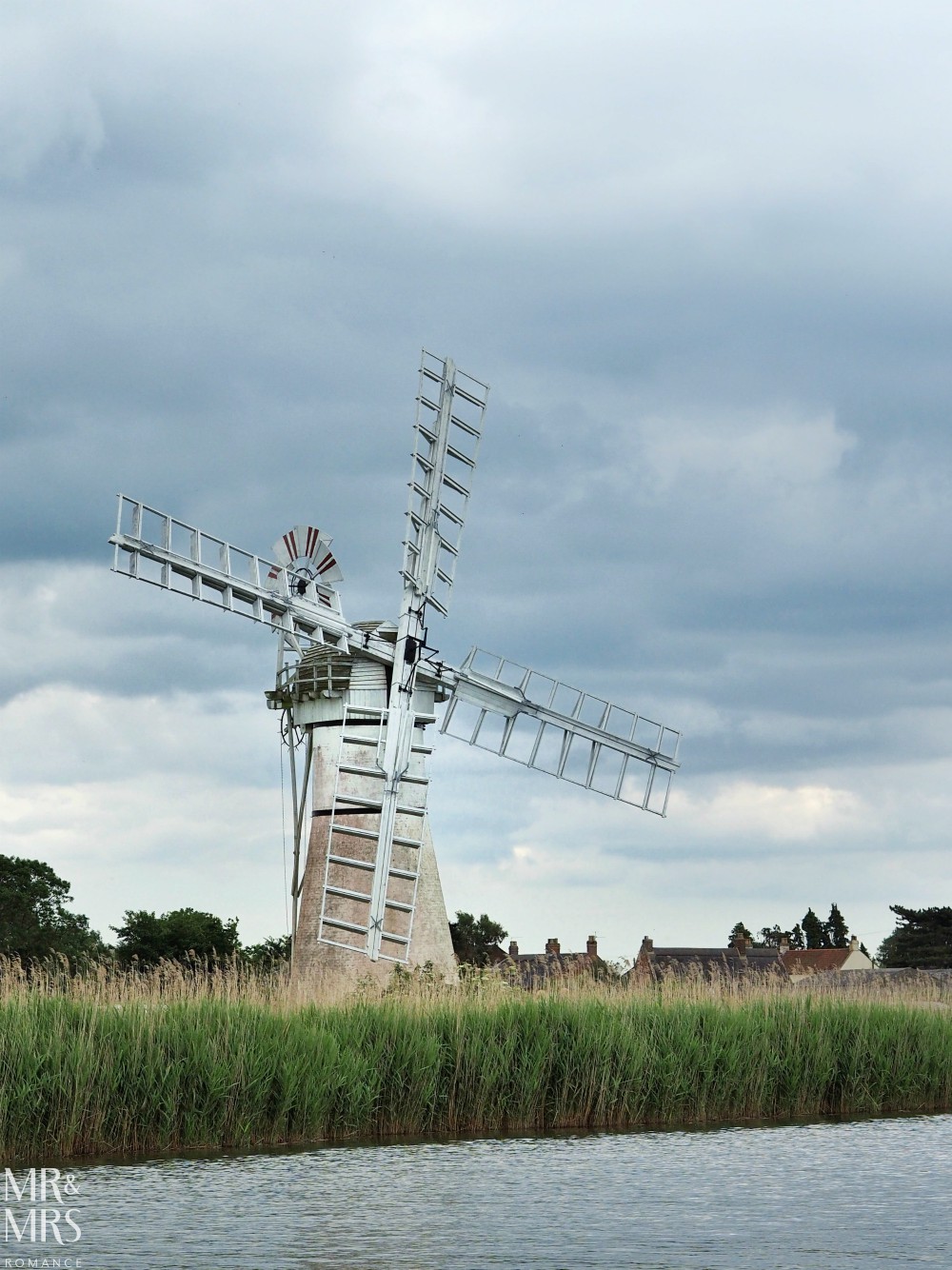 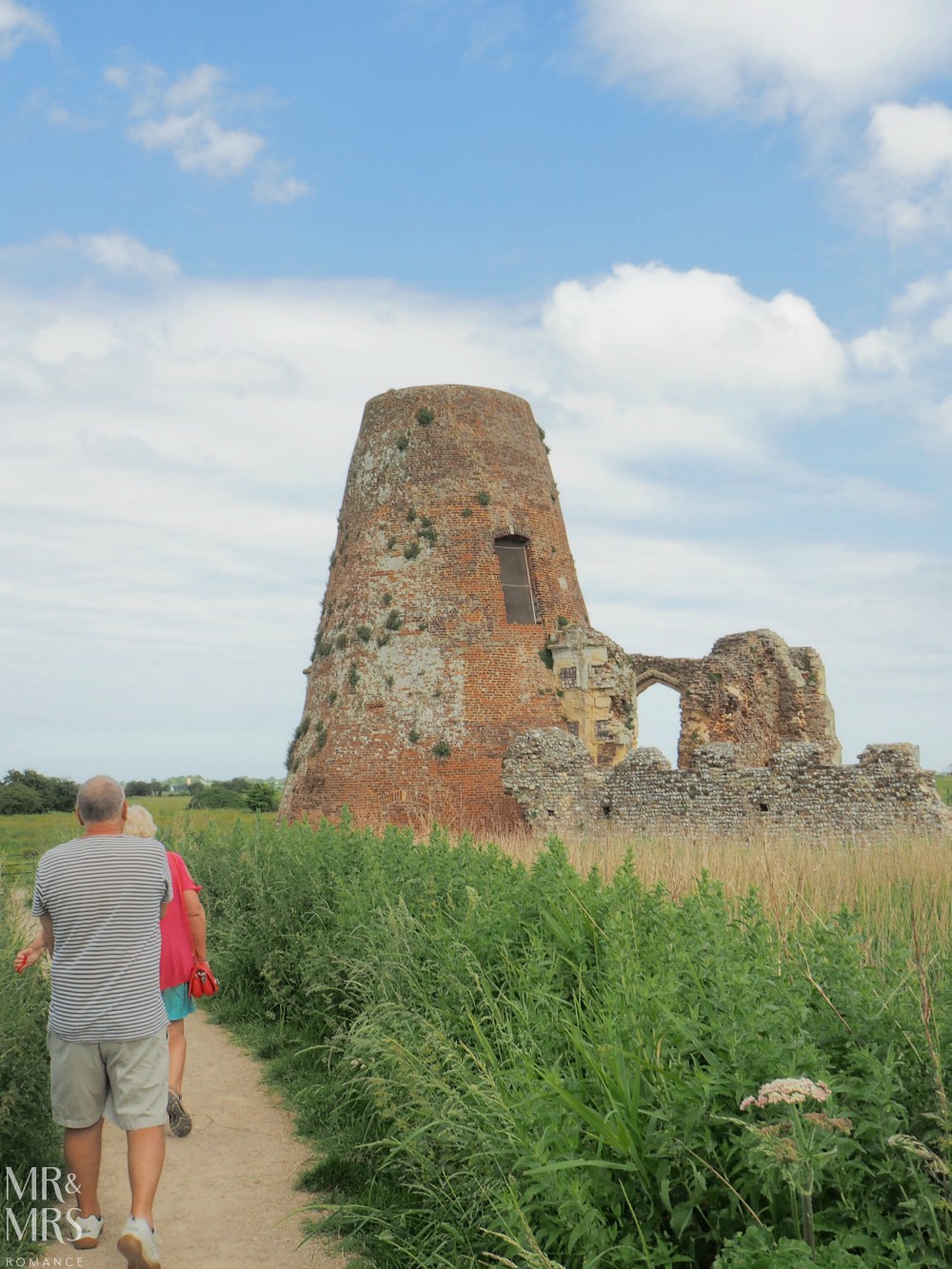 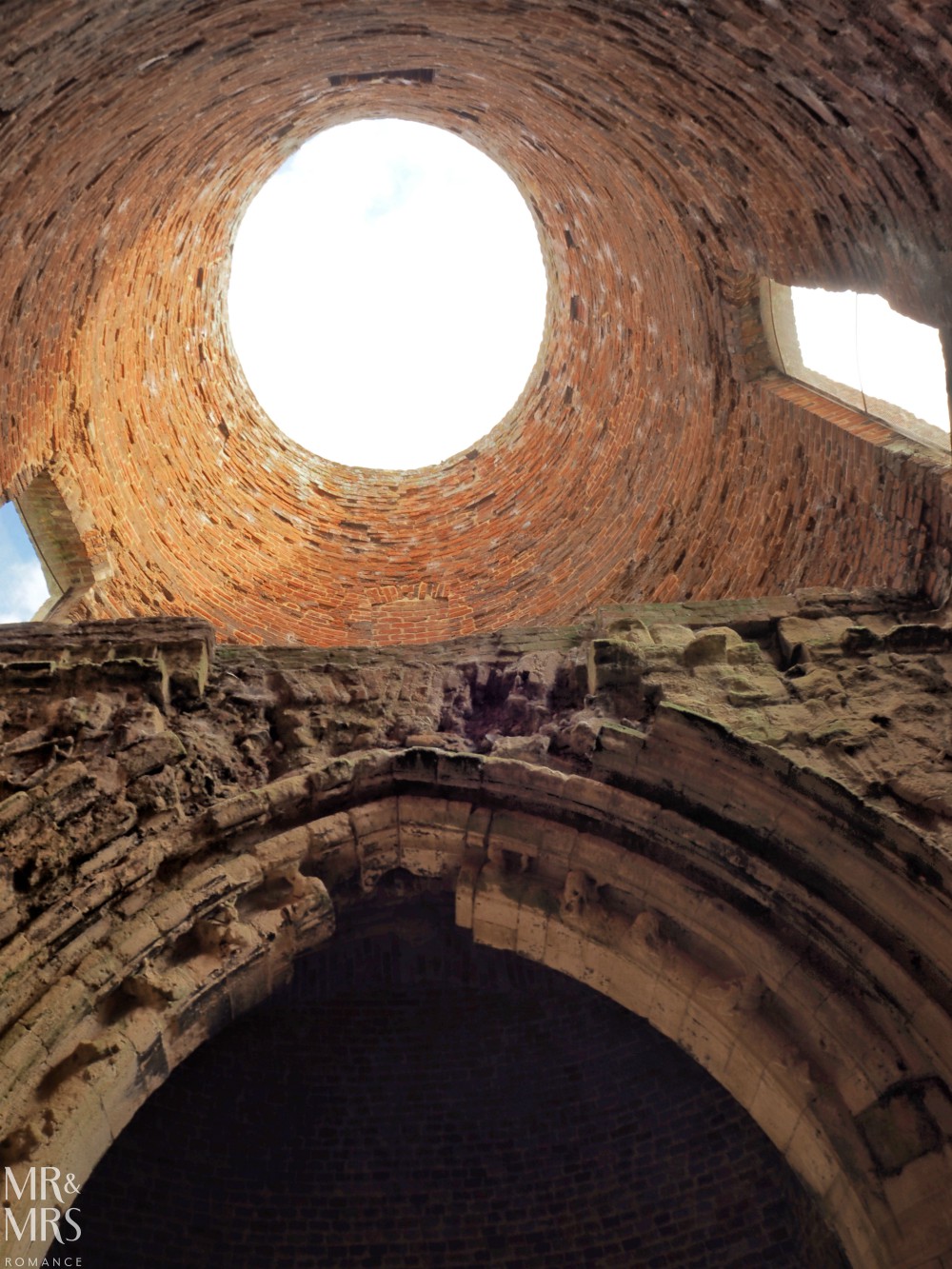 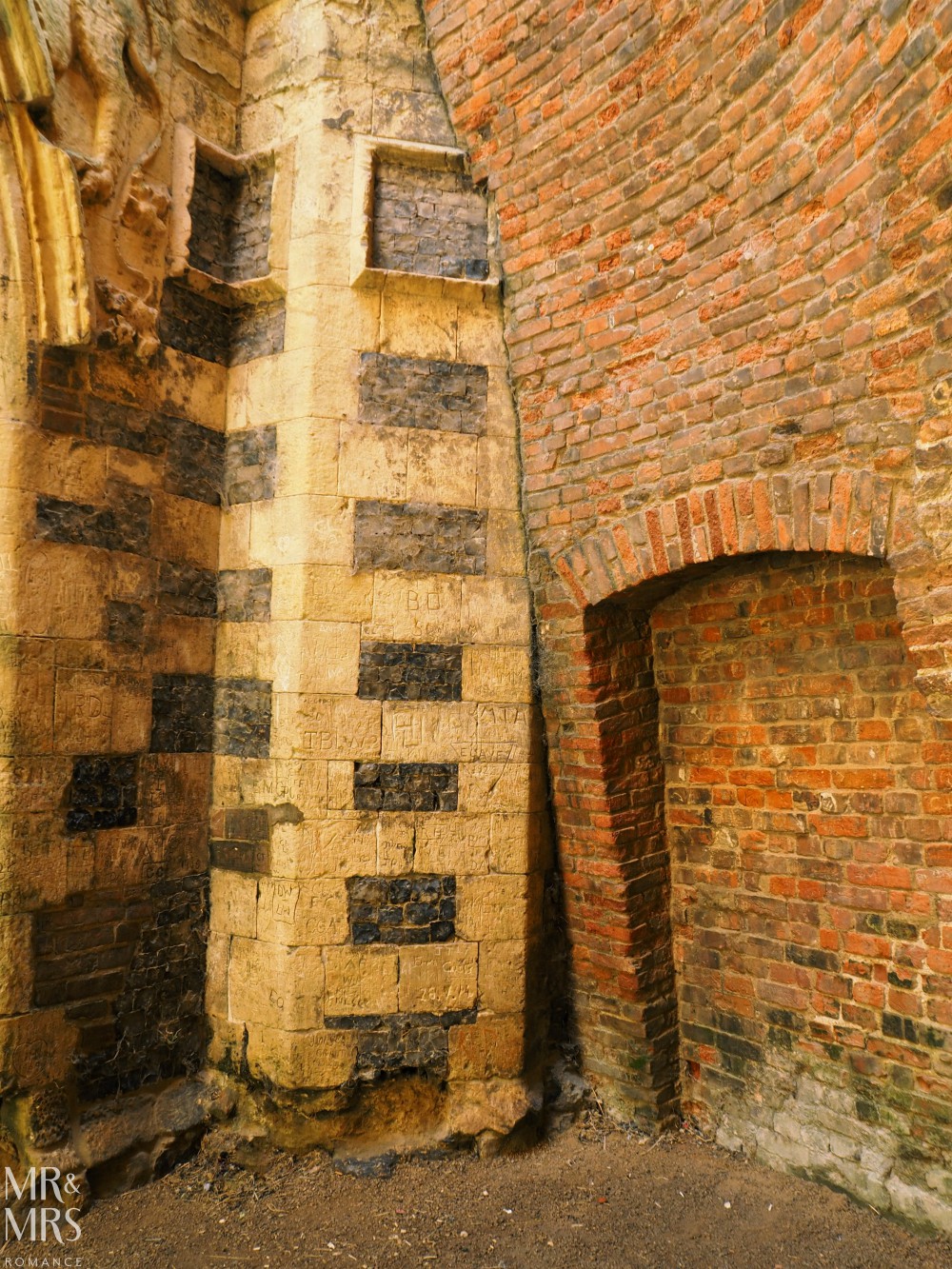 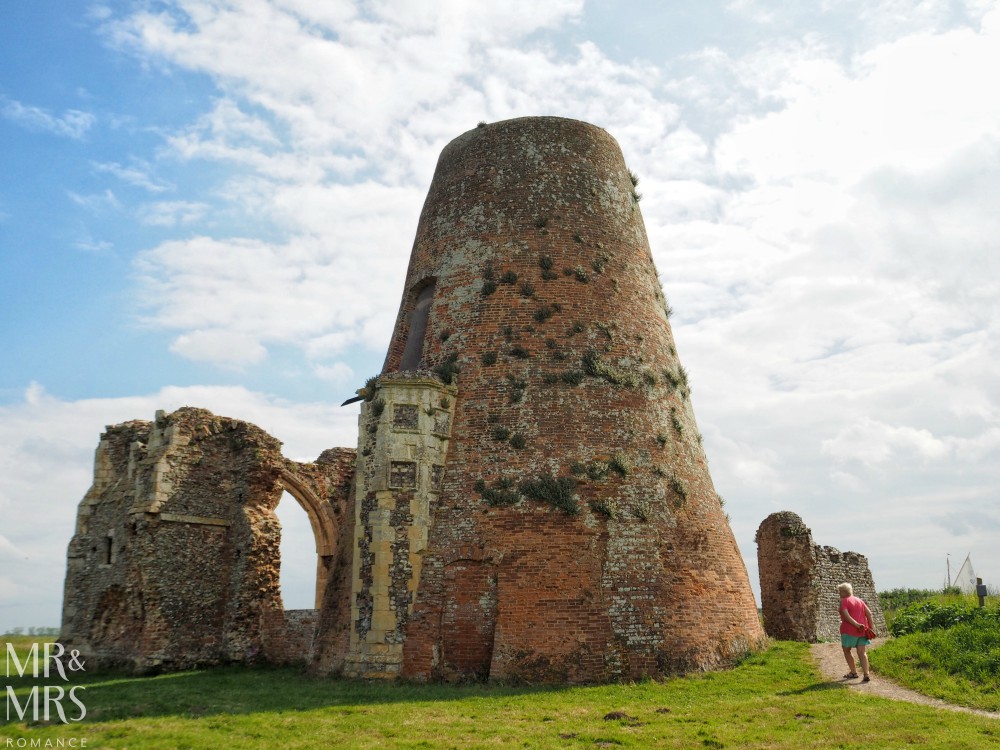 With plenty of places to stop in at along the way, you have plenty of choice on the Norfolk Broads. At the very apex of our 5-hour cruise, we stopped at the Malthouse Broad and the larger Ranworth Broad – cul-de-sacs in the river and perfect spots to moor and relax.

There are a few options on the banks of the Malthouse Broad: The Malsters pub, which – though a little expensive – offers good pub fair and a cosy spot for a pint or two of local ale. The Granary Stores is a waterfront café where you can enjoy sandwiches and ploughmans with a perfect view out over the broad. 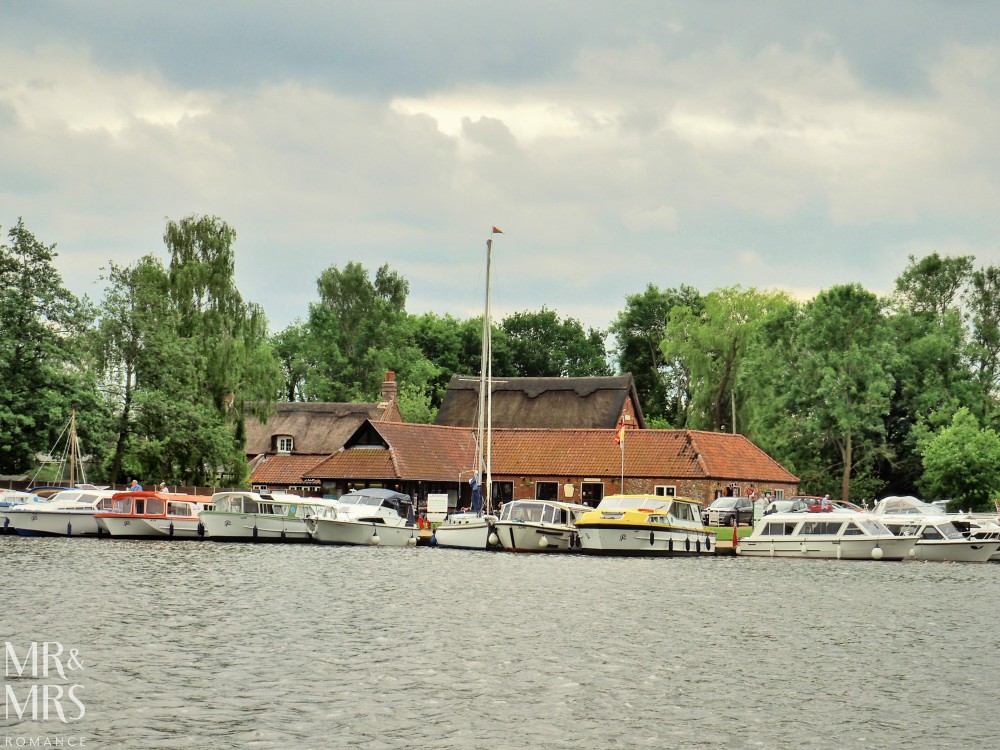 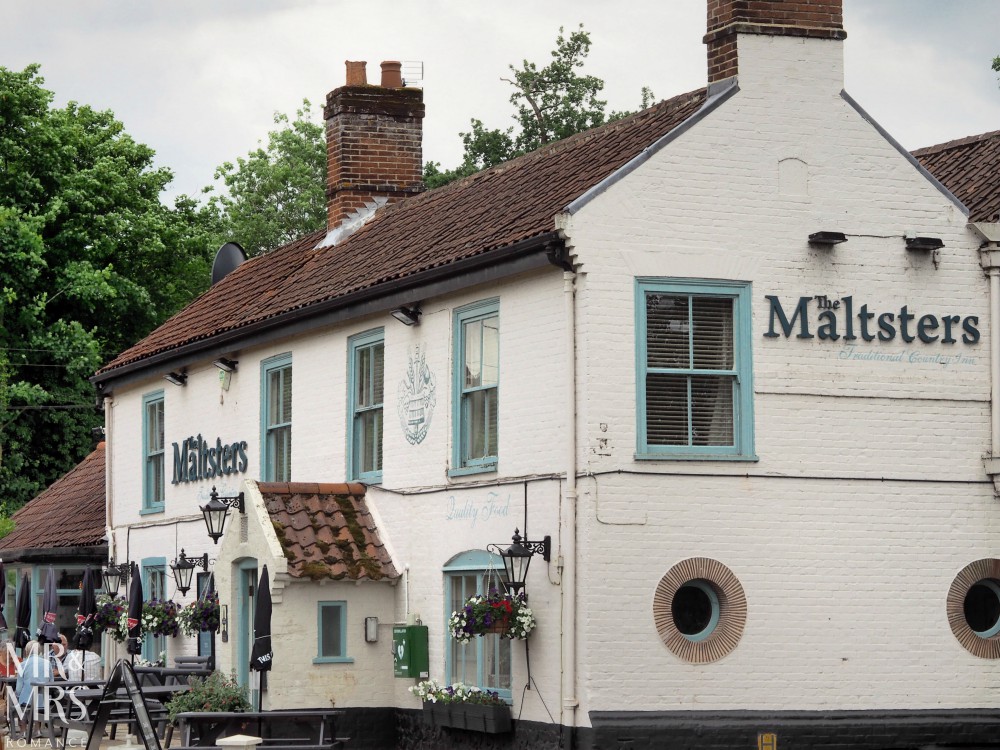 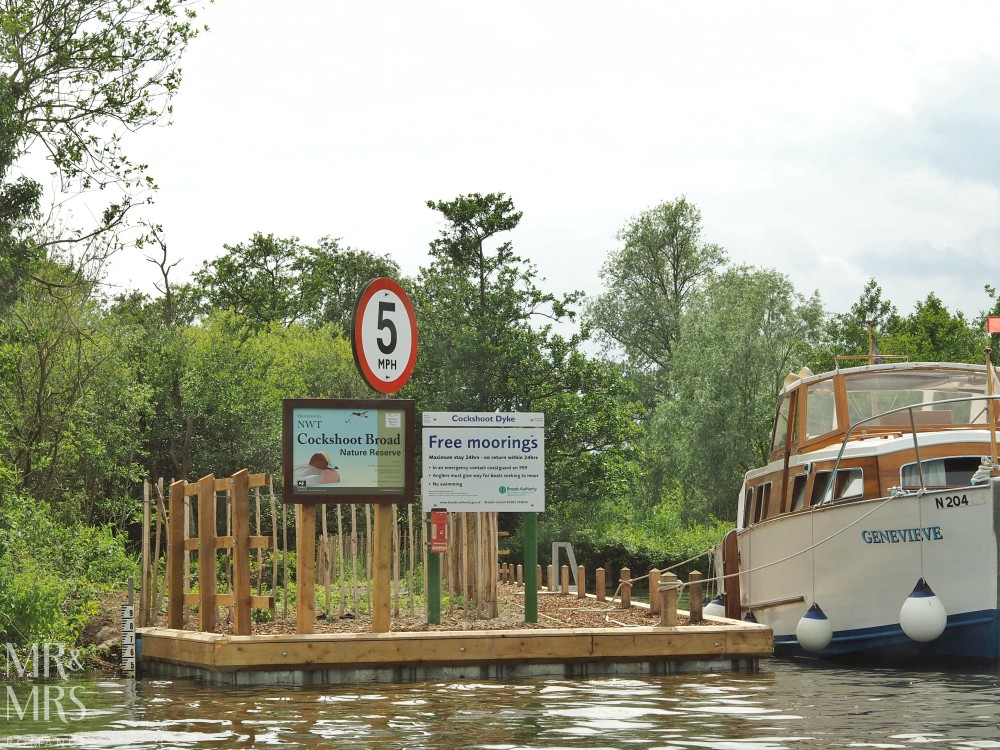 If you have more time – 6-7 hours – you could get further up the Bure River to Horning, where there are plenty more little pubs, restaurants and cafés to explore.

The boat ride back to Potter Heigham lets you take in the details you might have missed on the way out. The beautiful riverside houses, the landscape and the wildlife. Look out for herons, marsh harriers, bitterns, bearded reedlings… and if you’re lucky, you might even see an otter. 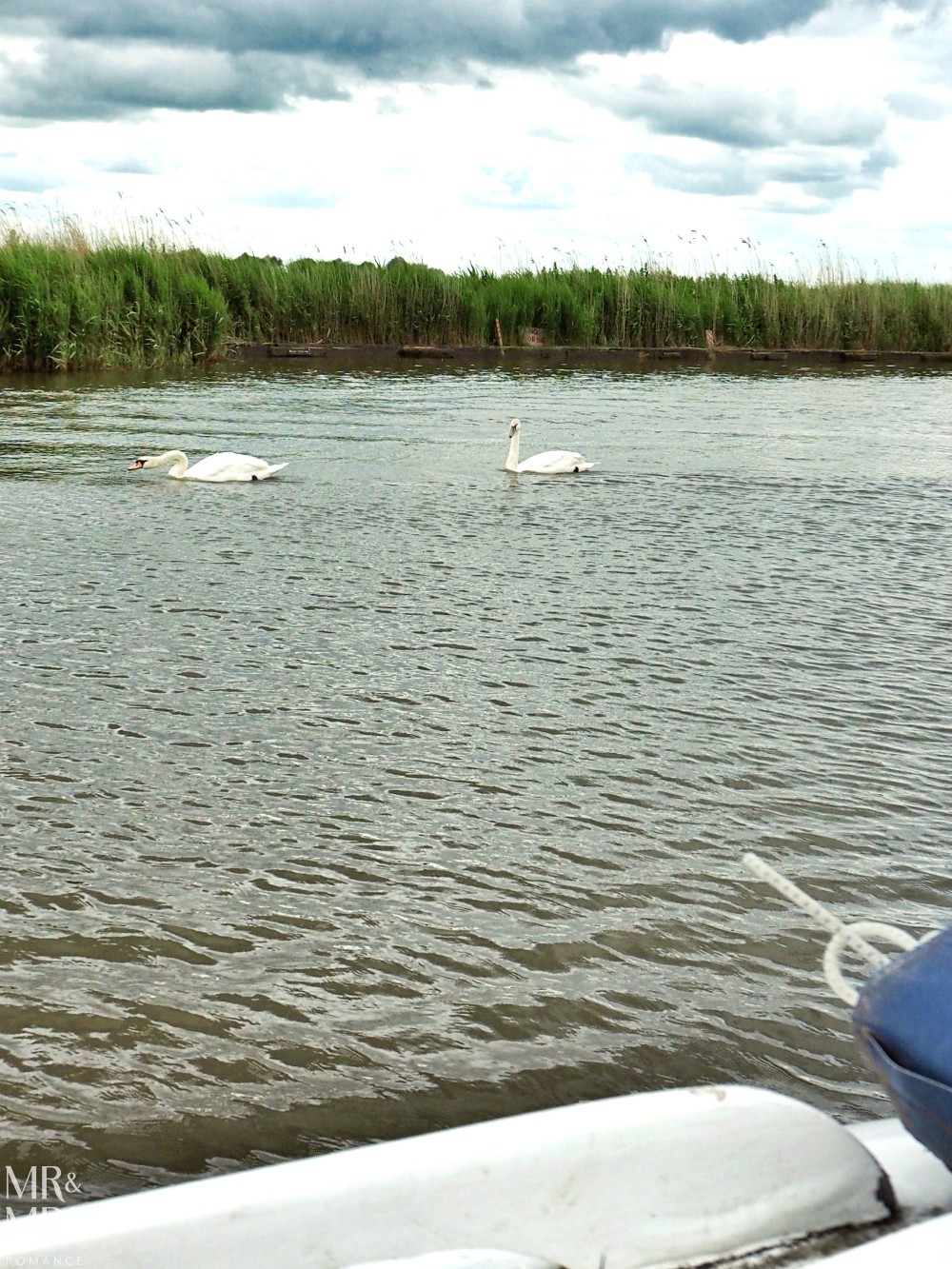 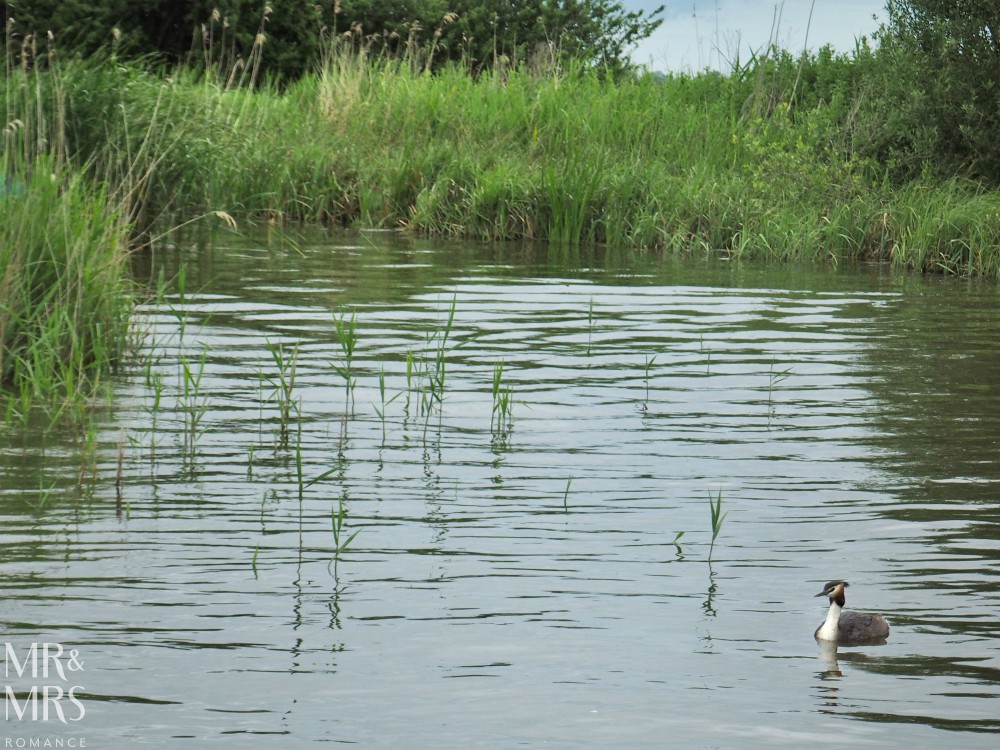 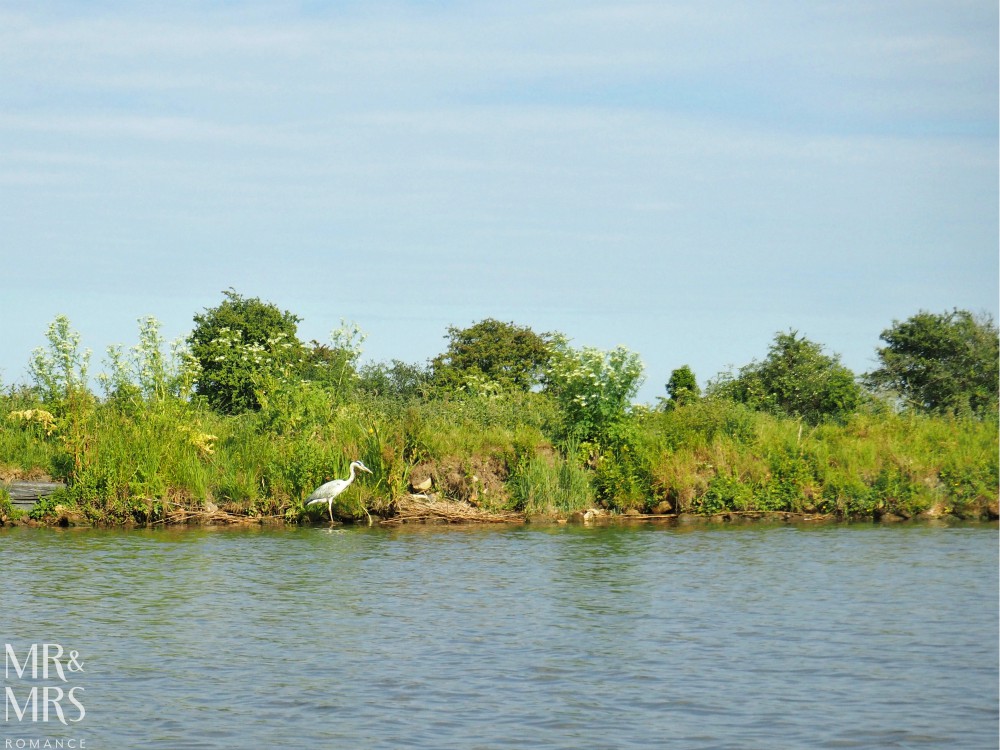 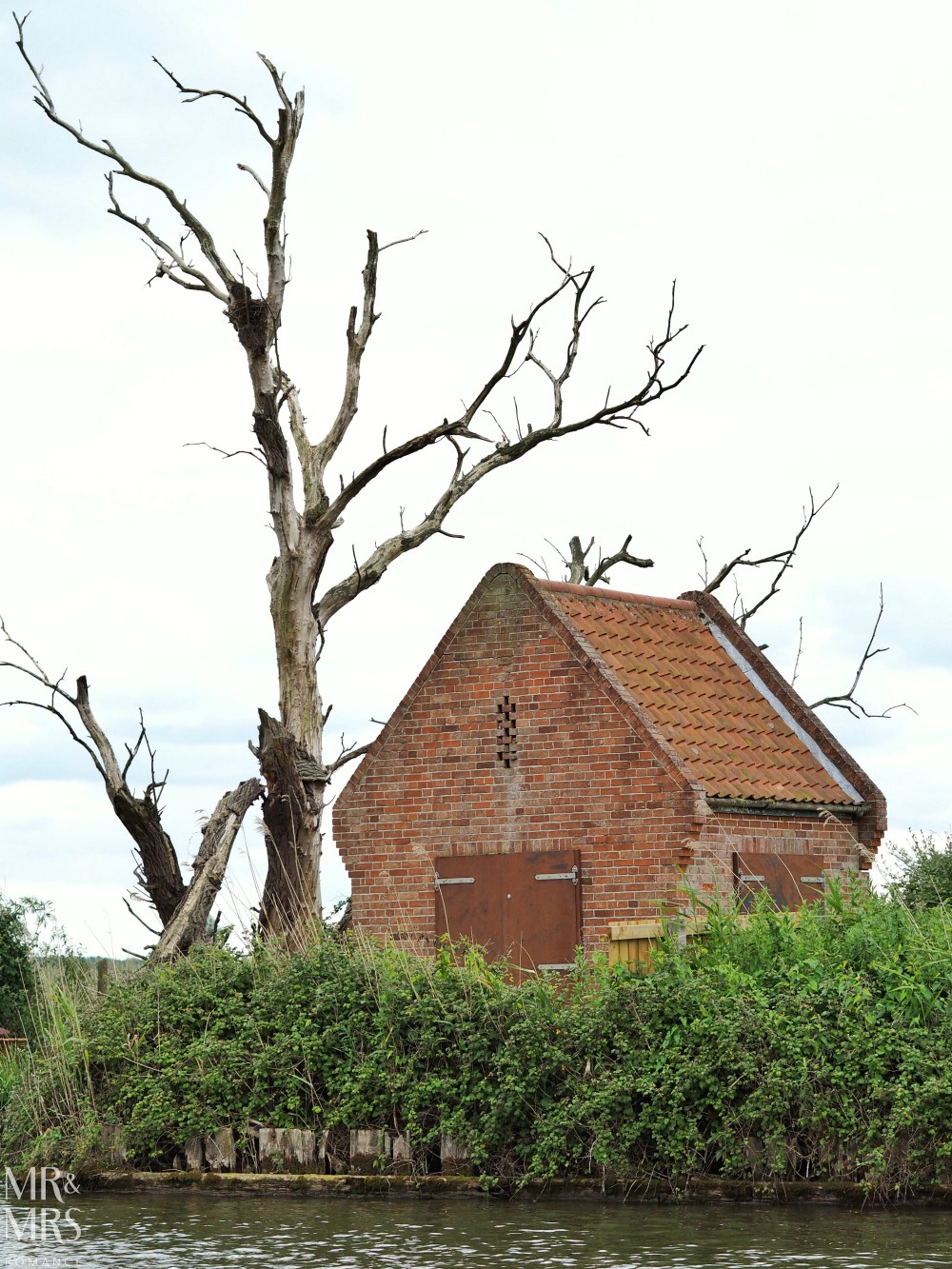 Have you ever had a boating holiday? Have you visited the Norfolk (or Suffolk) Broads? Tell us your thoughts in the comments below!

Bottoms Up! 5 fascinating drinks trends to look out for in 2021