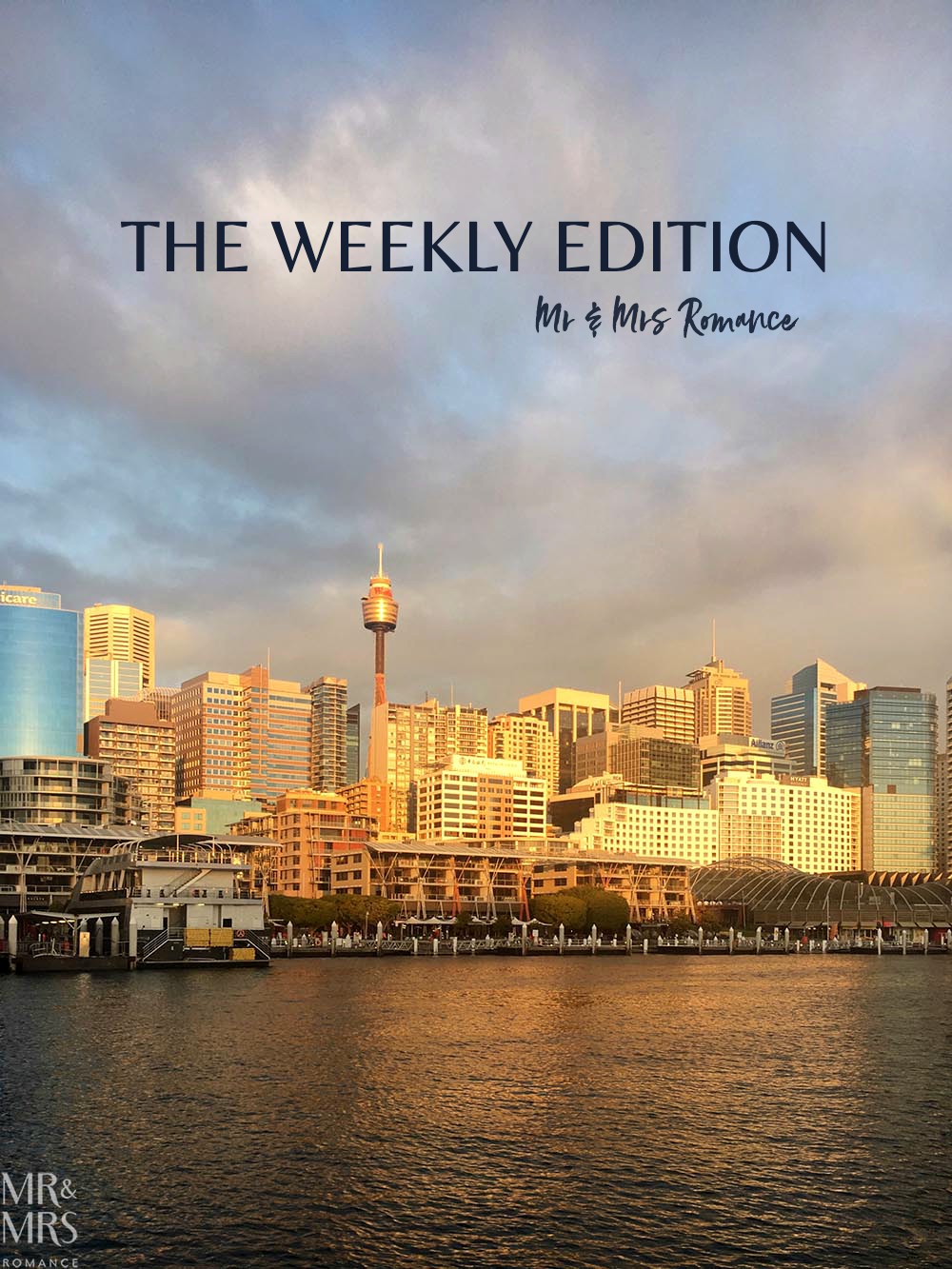 Don’t you love weeks that end up being full of great food, excellent people and fascinating stories? That’s how this week’s panned out.

From a 16th birthday party full of laughs, yarns and superb donuts to a wine masterclass with world-class cheeses, industry scoops on cutting edge wine market trends and – of course – an awesome array of wines to taste, this is our Weekly Edition.

We hope you enjoy the journey. 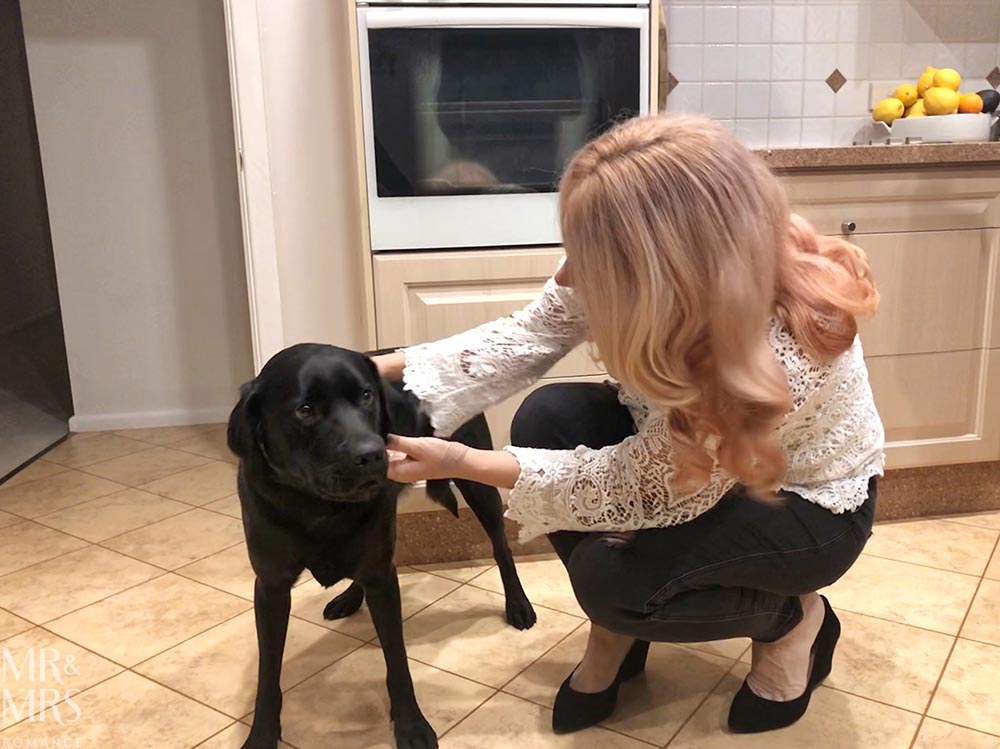 Tonight, we’re round Christina’s sister’s house to celebrate her youngest’s 16th birthday. It doesn’t seem real that he’s so grown up. We remember when he was a little baby so clearly.

Talking of which, while we’re here, we get to play with the family’s black lab Raven. She’s such a sweetheart and has also grown up so fast.

Click here or on the photo to see Raven not even 2 years ago. 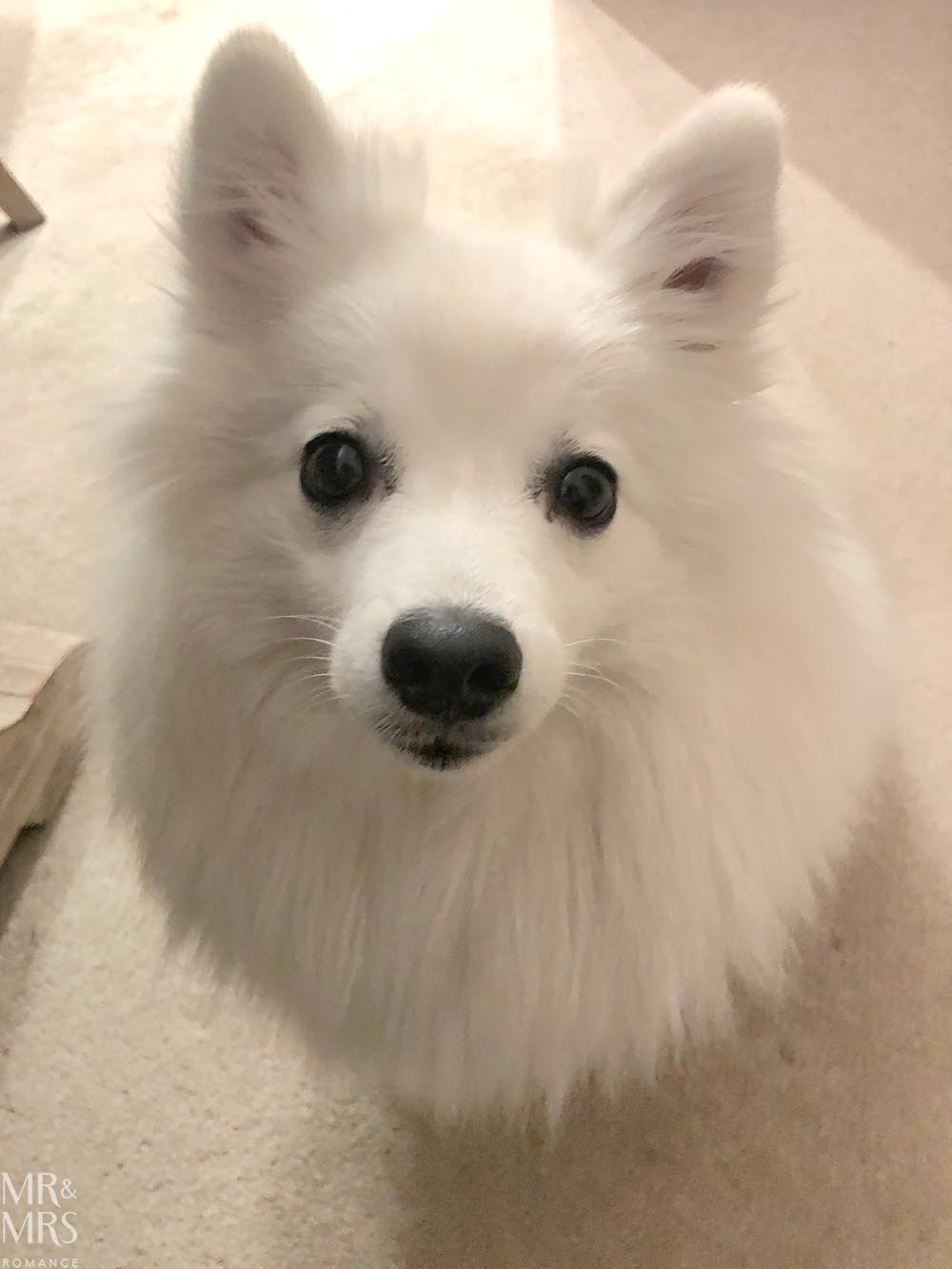 A family friend has also brought their ‘dog’. This little fur-ball is called Misty and is a Japanese spitz. Very cute and very funny. And incredibly food motivated – a dog after my own heart.

Correction – a dog after my own pizza! Comes in handy for getting a photo when he’s/she’s not moving though. 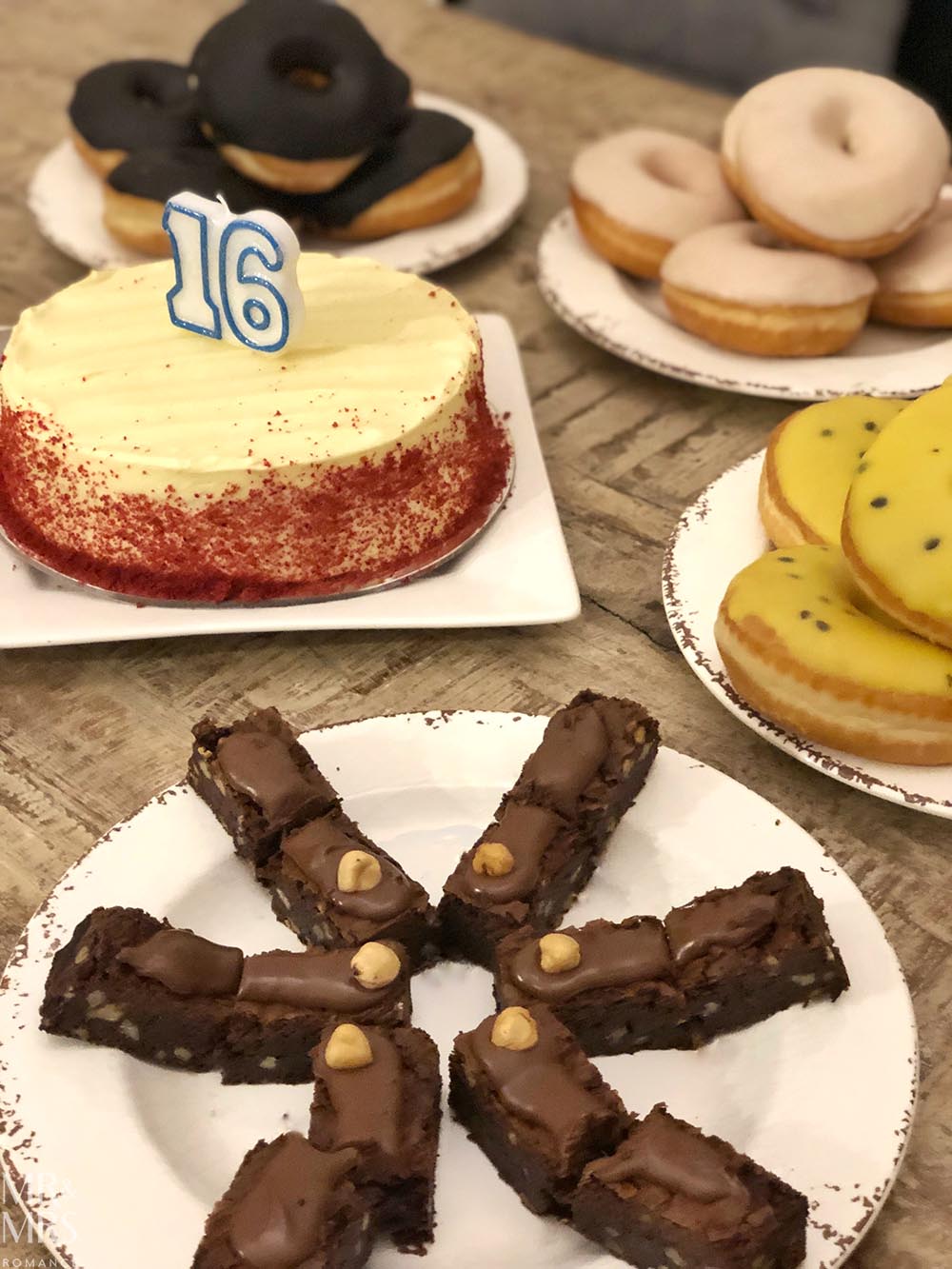 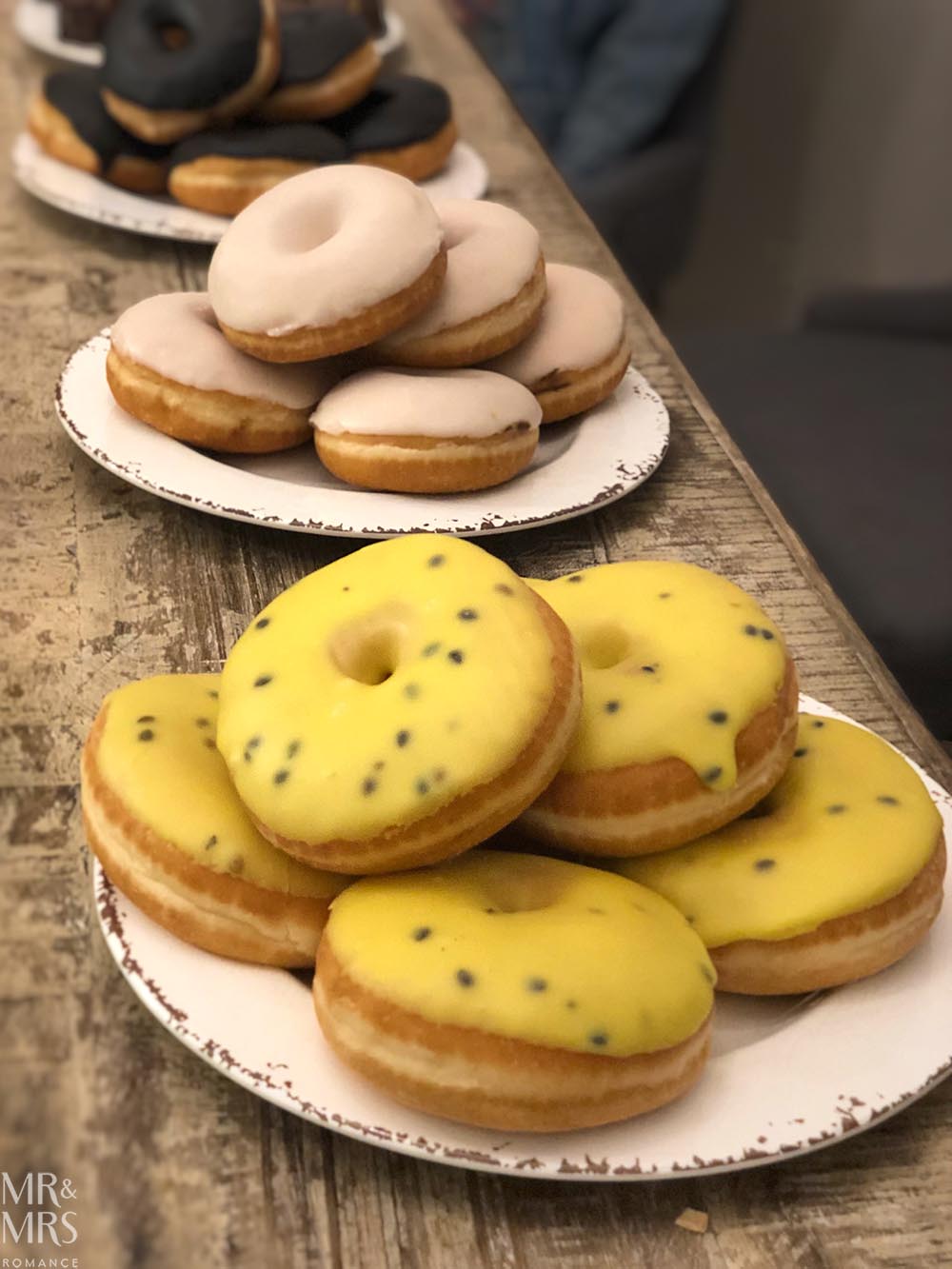 As always, the food at Christina’s sister’s is excellent. And with our brother-in-law working for a commercial bakery, the sweets are always on point.

Happy birthday to our nephew – thank you for facilitating a feast! 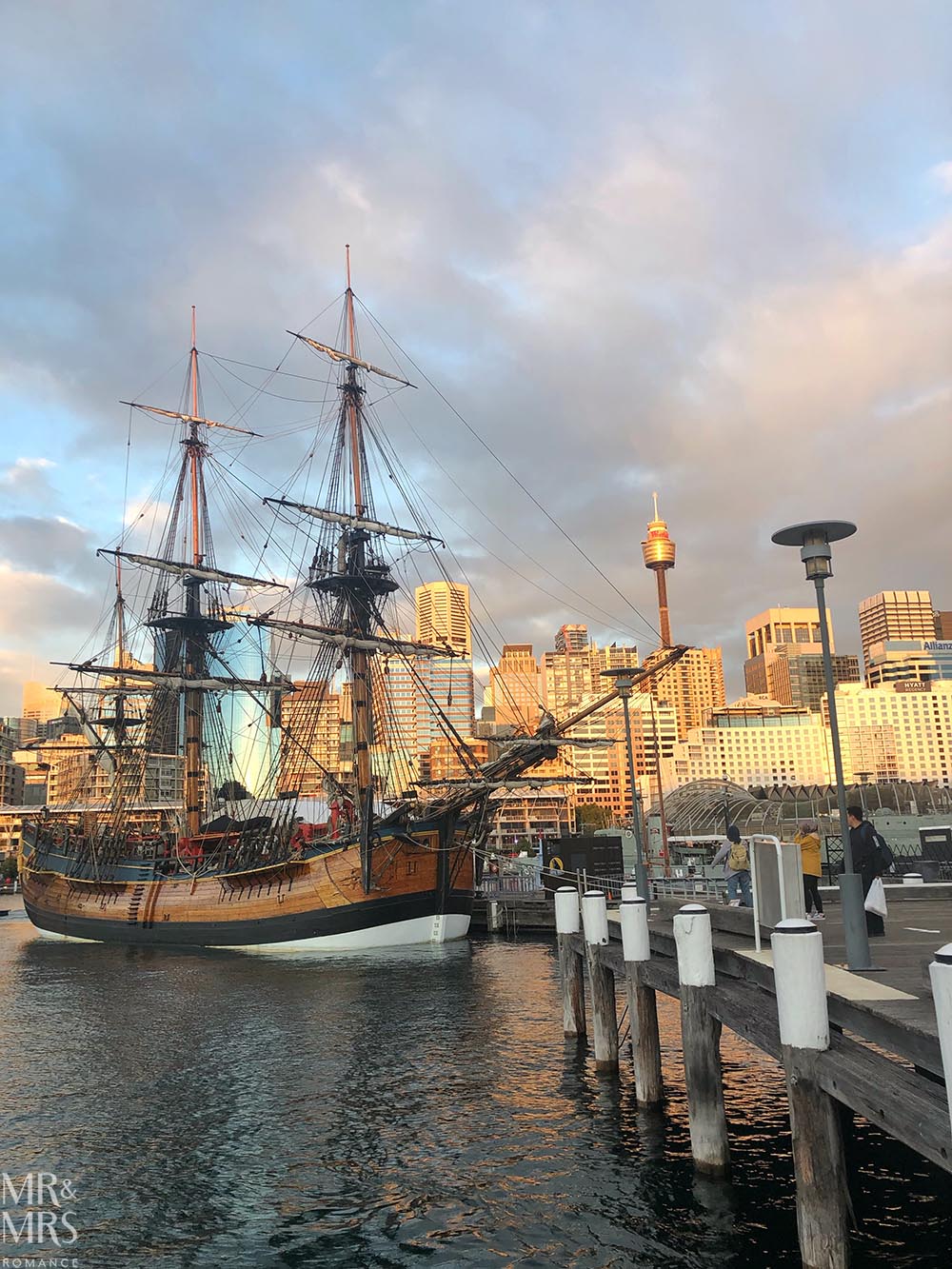 This morning, after the birthday party but the actual day of our nephew’s birthday, everyone’s made their way to Pyrmont for brunch at the Fish Markets.

The old tall ship at Pyrmont Bay Wharf  looks pretty cool with all its rigging set. And with the backdrop of the modern city behind it makes this an even more dramatic sight. 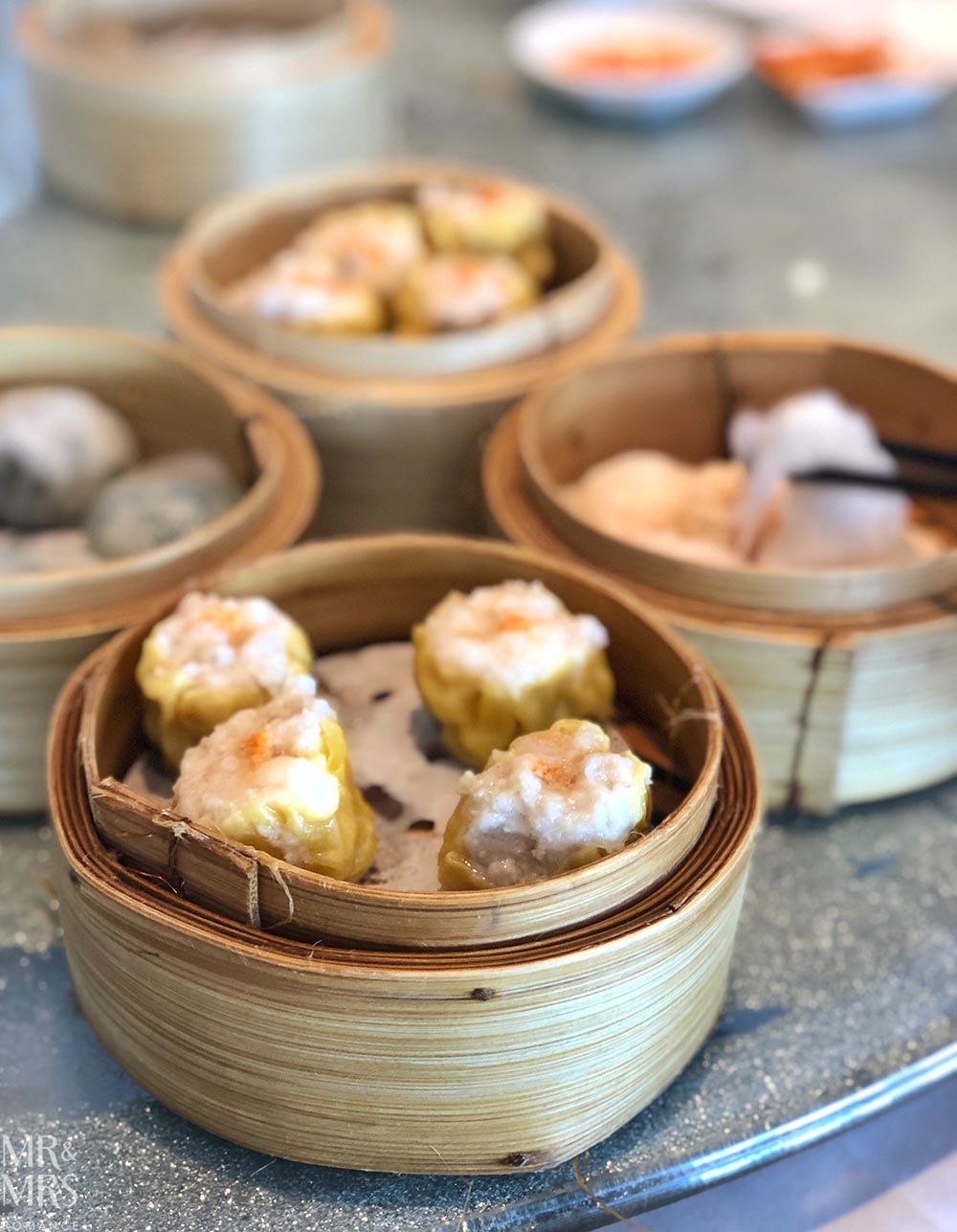 One of Sydney Fish Market‘s best hidden secrets is the yum cha restaurant upstairs. Most people come here for the fresh prawns and seafood or for a great place for fish and chips out on the wharf.

But the Fisherman’s Wharf Seafood Restaurant upstairs does one of the best yum cha sittings in the city.

If you haven’t heard of yum cha before, it’s a Sydney institution. It’s basically a Chinese buffet where the food comes to you. Ladies pushing trolleys of all kinds of food hand over whatever they’re carrying and you pay at the end. 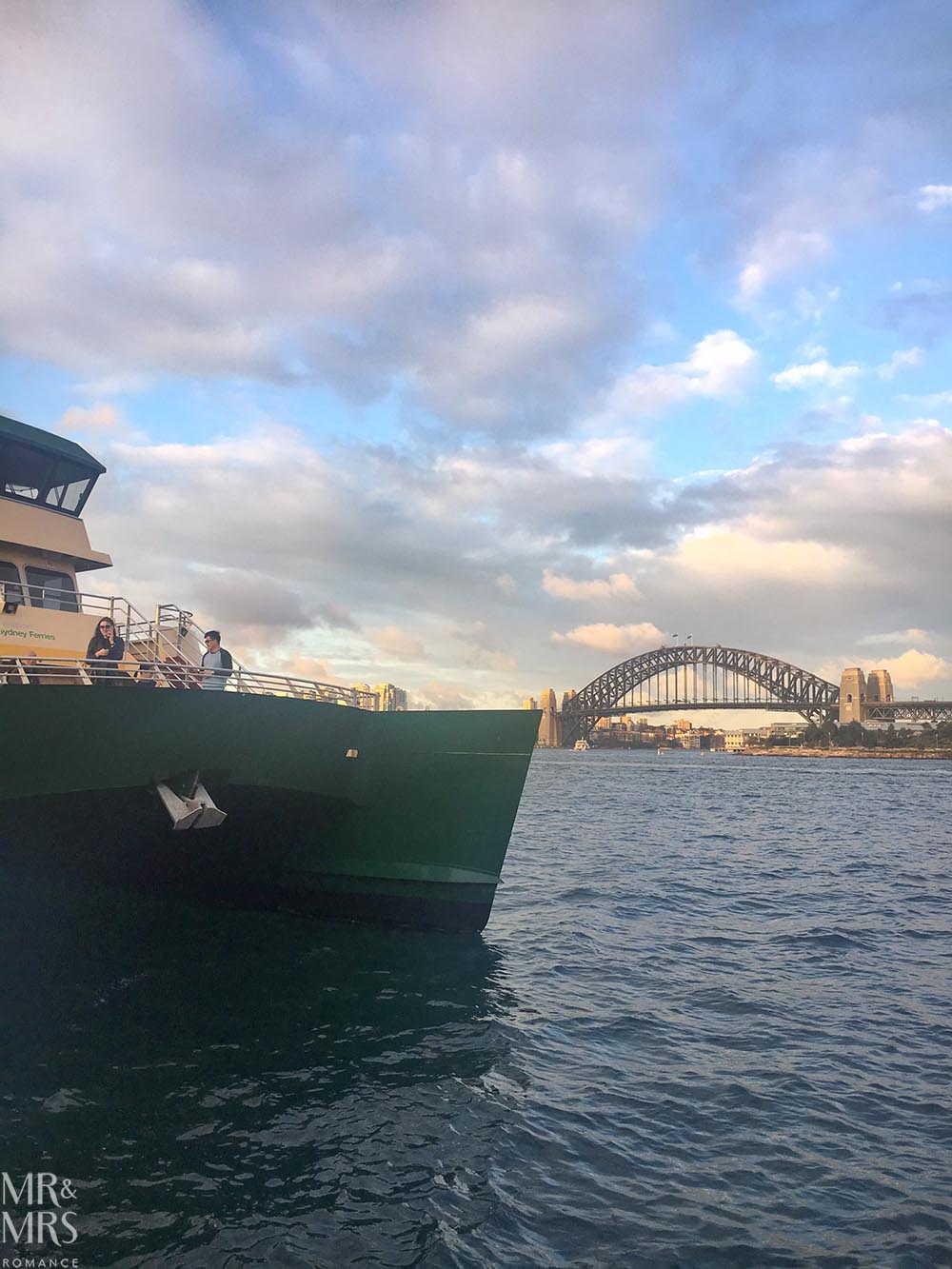 This evening, Christina and I are heading back to Pyrmont for a very special event. It’s an exclusive evening of wine education with McWilliams Wines.

As the ferry pulls in, we wonder what delicious titbits we’ll have learnt by the time we’re home again… 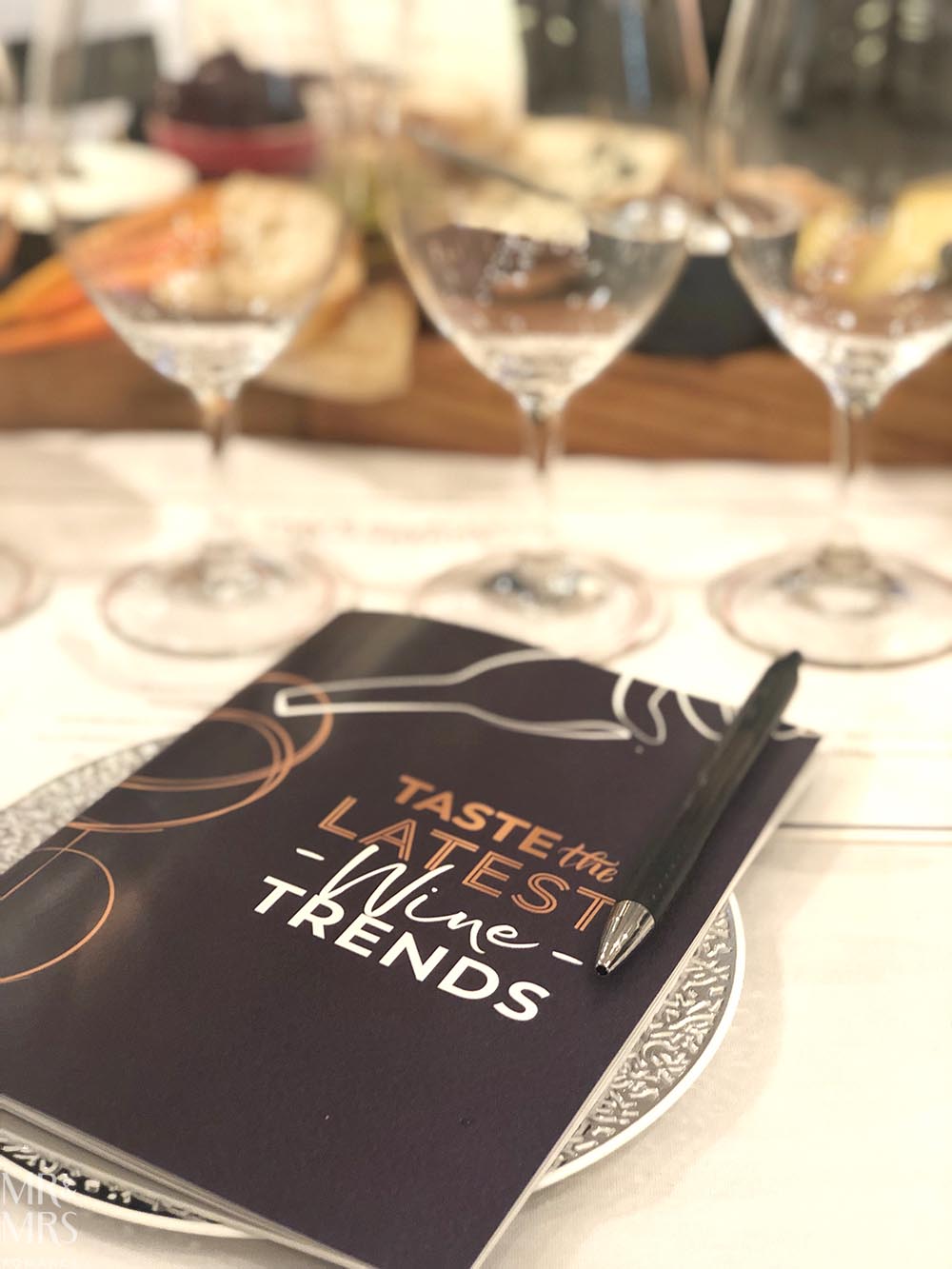 We meet at the 1877 Cafe, so called because the winery’s founder, Samuel McWilliams, planted his first vines in Corowa, NSW in 1877. In an interesting coincidence, we’ve been to Corowa recently to celebrate the opening of a new distillery.

But the 1877 Cafe is a great wine and cocktail bar quite close to the Pyrmont Bridge.

Tonight though, we’ve taken it over to hear from the pros on what’s to be the next big thing in vin. 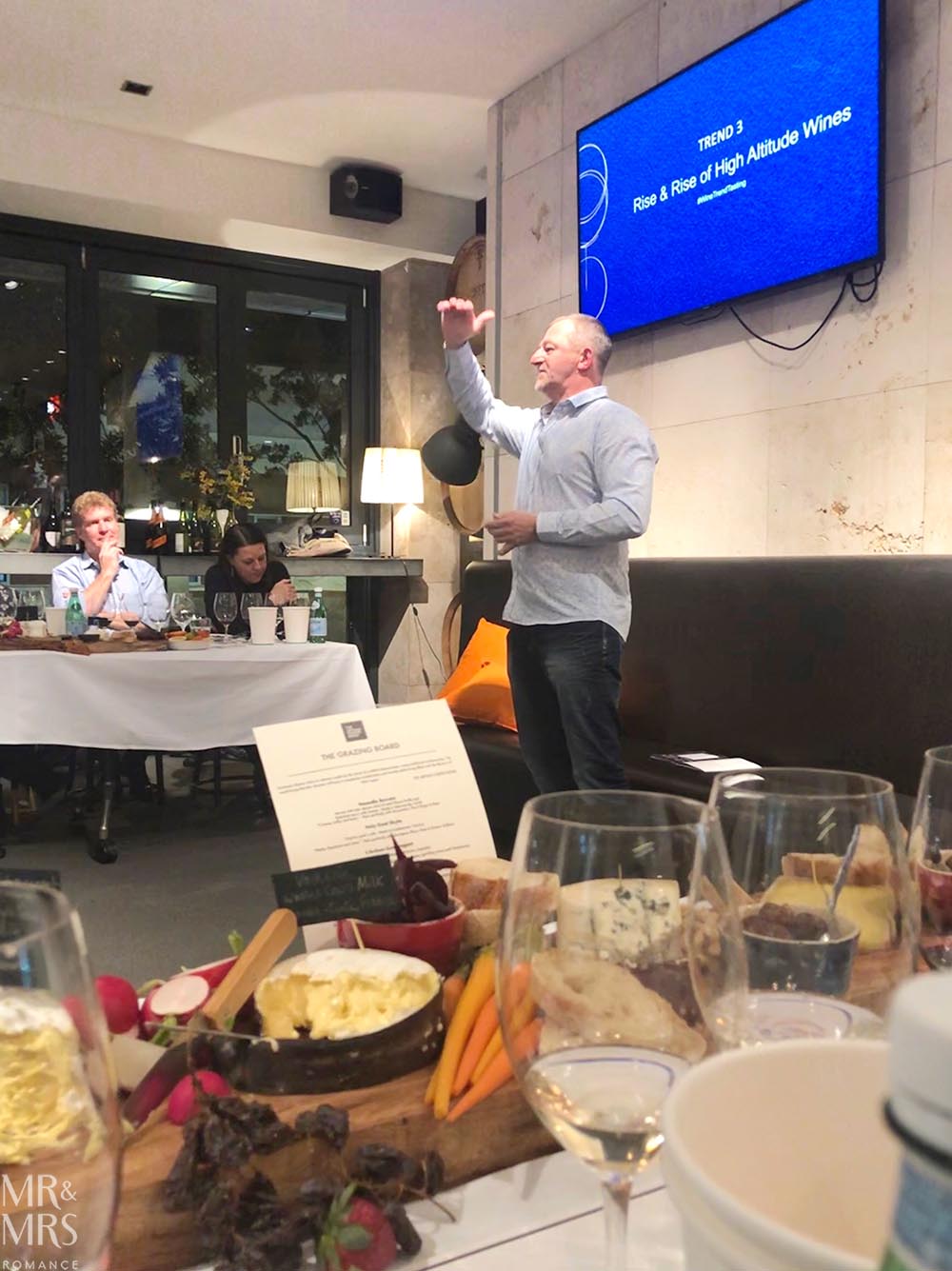 To talk us through the five predicted trends for the future of wine in Australia is industry genius and Senior Winemaker at McWilliams, Russell Cody.

Russell’s been in the business of making wine for almost 35 years and has seen it all. His entertaining yet knowledgeable manner takes us through a 15-wine tasting as he explains the trajectory of wine in Australia and the wider world. 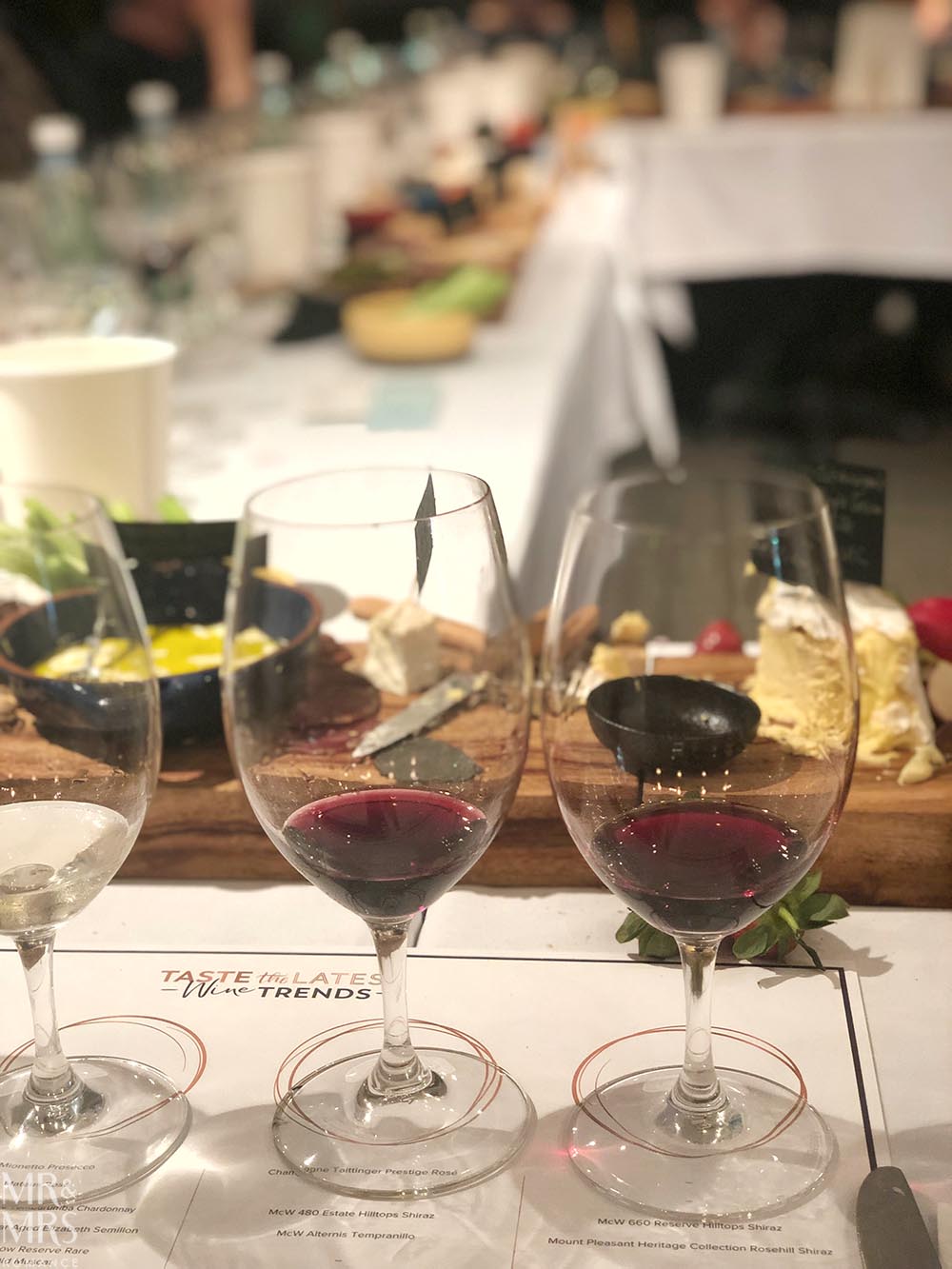 We’ll be telling you a lot more about the several directions the industry is probably set to go in at a later date, but for now we’ll just say that wine is likely to get lighter, come from higher up and become harder to say.

We’ll also have some revelations about the country’s drinking habits like the fact that the rosé trend is set to go even further now that buyer demographics are 50/50 male female. 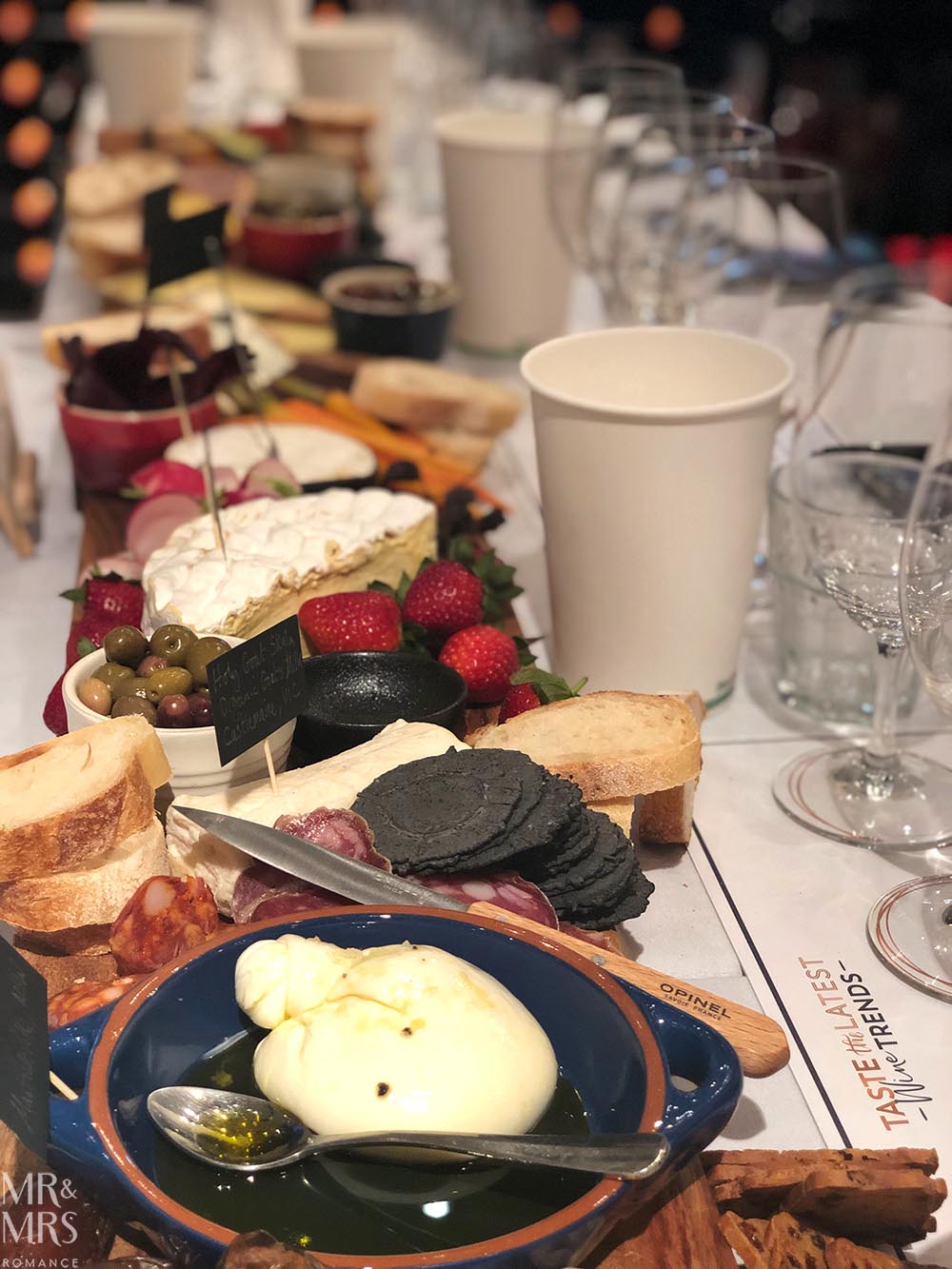 To go with our marathon wine tasting (the only marathon I’m both willing and able to complete!), we have some of the best cheese in the world to nibble on.

Delights like this Marrickville-made Vennella burrata, served with truffle salt and fresh olive oil to match with the McW Vermentino and the two rosés we’re tasting. 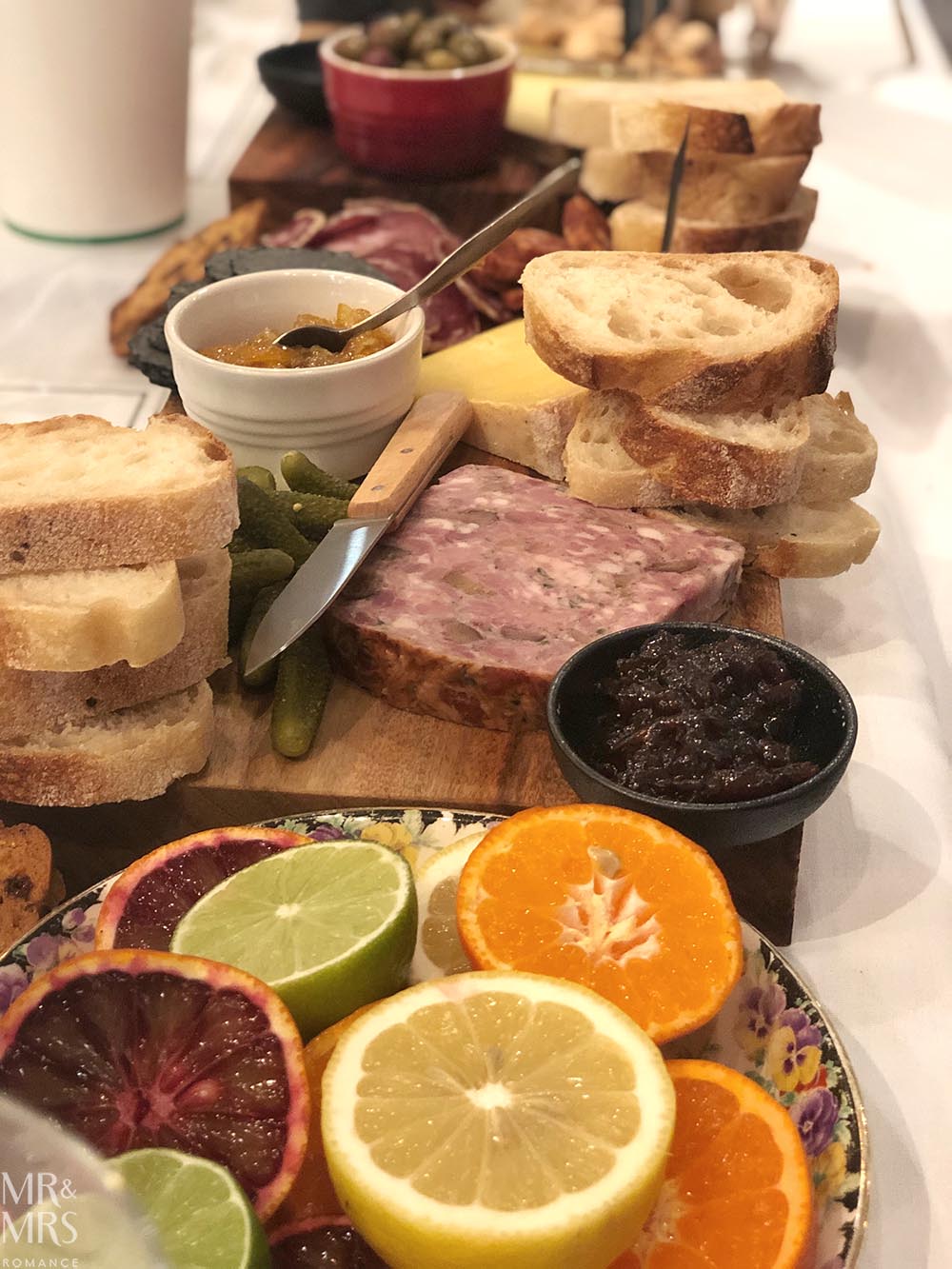 The spread Jo and Paul have put on is quite impressive. Along with the seven different cheeses they’ve served, there are terrines, chutneys, cured sausages, fruit, nuts, sourdough, gluten-free charcoal crackers… it’s almost too much to take in. Almost.

Thankfully, the tastes of the Vacherin – my now-all time favourite soft cheese that comes wrapped in spruce and has a spoon sticking out of it (it’s that soft, no knife required) – keep me focused on my cheese-eating goals.

Also the buffalo milk blue veined cheese – Berry’s Creek Riverine from Gippsland – has my soul in its rich, nutty, tangy clutches. As does the Marcel petite comte – a semi-hard cheese from France that has been aged so that crystals have formed in its proteins. It’s superb. 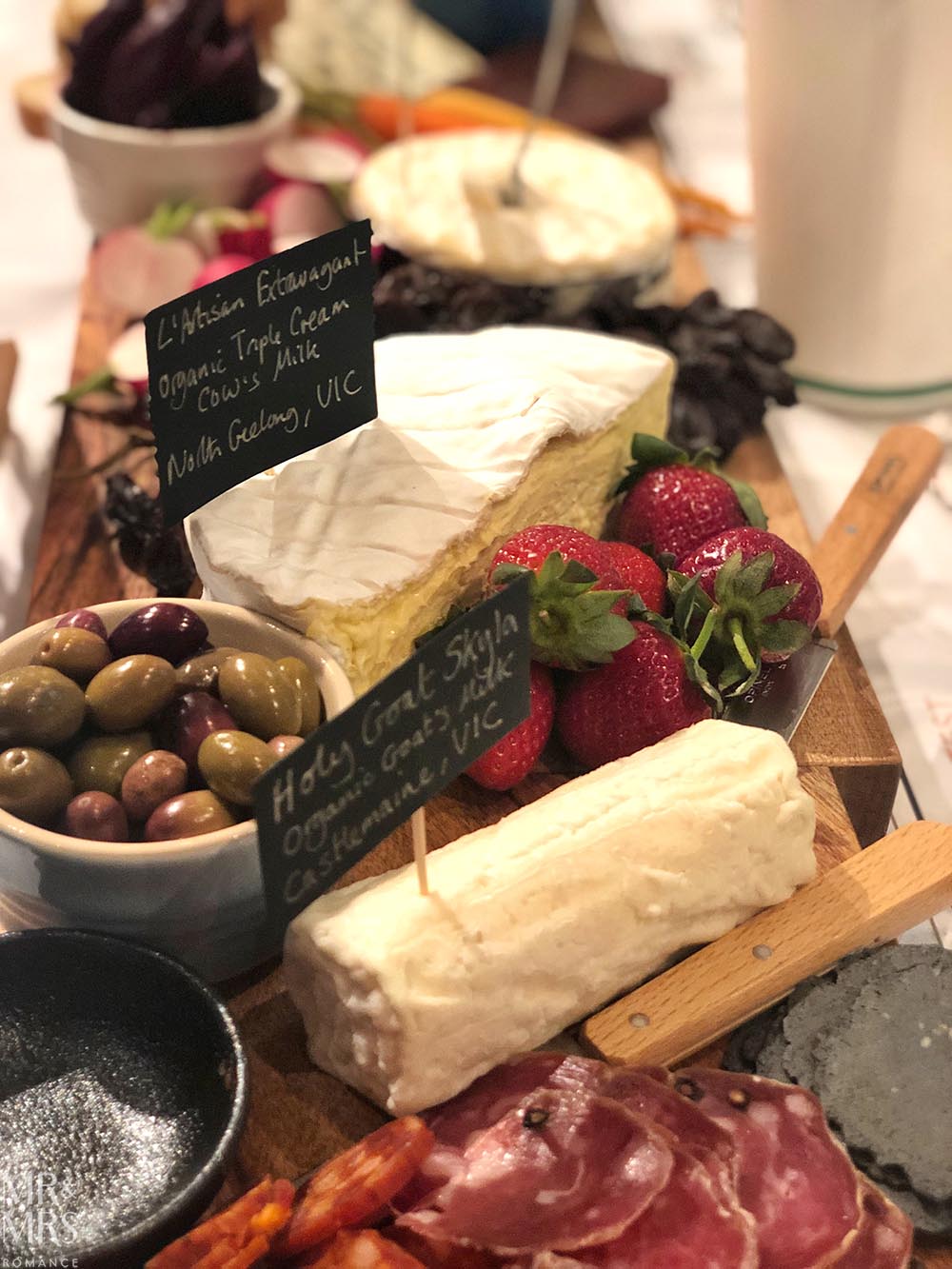 Also on the table – popular with everyone here – is the 75% fat L’Artisan Extravagant. This triple cream brie is made for the four different sparkling wines we’re trying, not to mention the two different Chardonnays.

But Paul and Jo also serve one of my favourites, the Holy Goat skyla made from organic goat milk in Castlemaine, Victoria. It’s an unctuous delight of a cheese that I discover makes a sensational match with the Elizabeth semillon from Mount Pleasant Winery.

Perhaps this is a very good sign as the Artisan Cheese Room has now joined forces with Mount Pleasant Winery and will be dishing up cheeses from Australia and around the world in the beautiful Hunter Valley cellar door from now on. 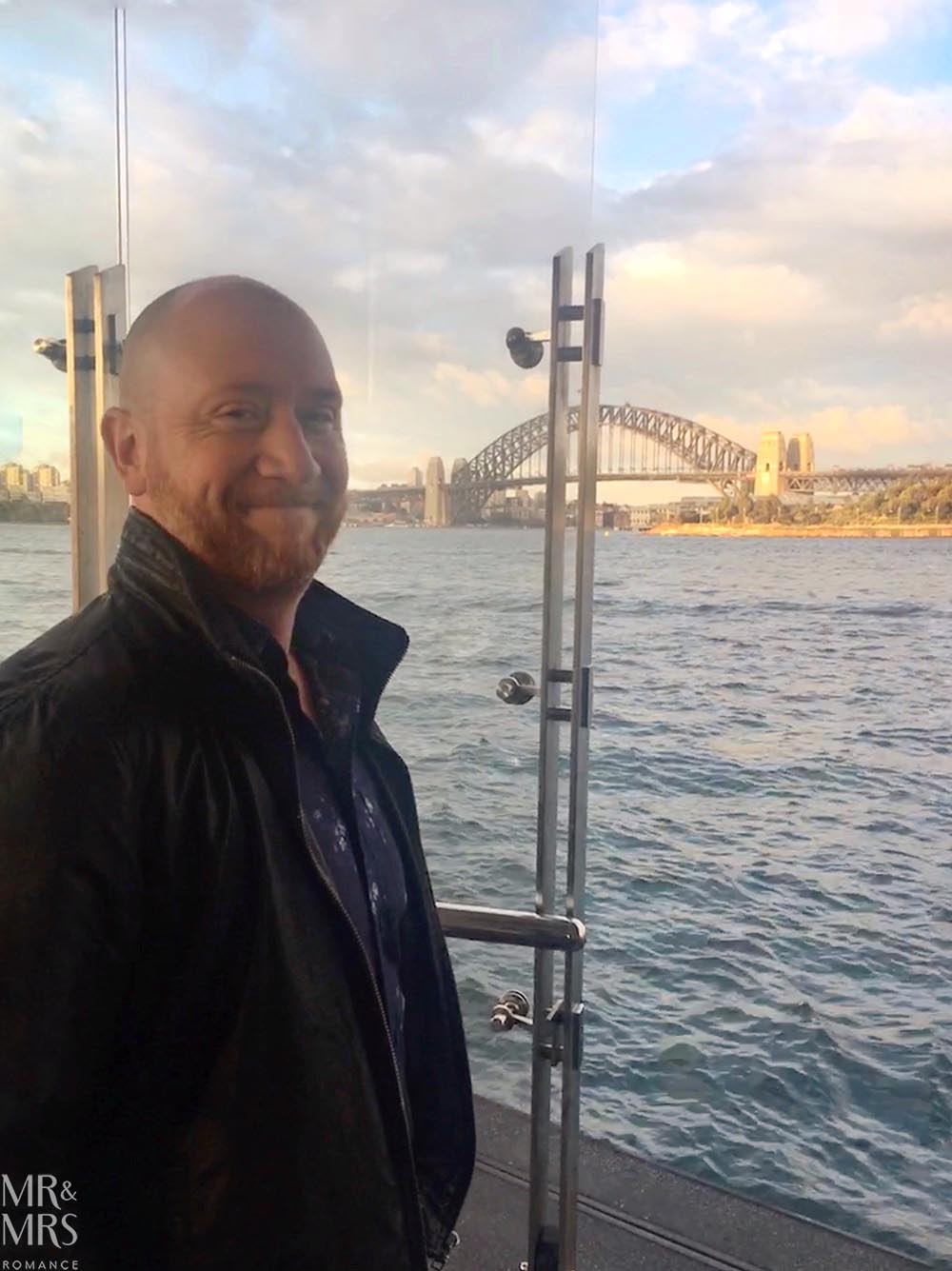 It’s not just been an education in wine and cheese, it’s been a feast for the senses. No wonder I’ve got that grin on my chops!

Wine of the month – Gewurztraminer rediscovered

Gewurztraminer has a reputation for being a very sweet white wine and isn’t that popular in Australia. But a cold-climate ‘Gewurz’ challenges both wine…