Trying to imagine what New York is like before you’re here is impossible. Imagining what’s here after you’ve been is in some ways even more difficult. 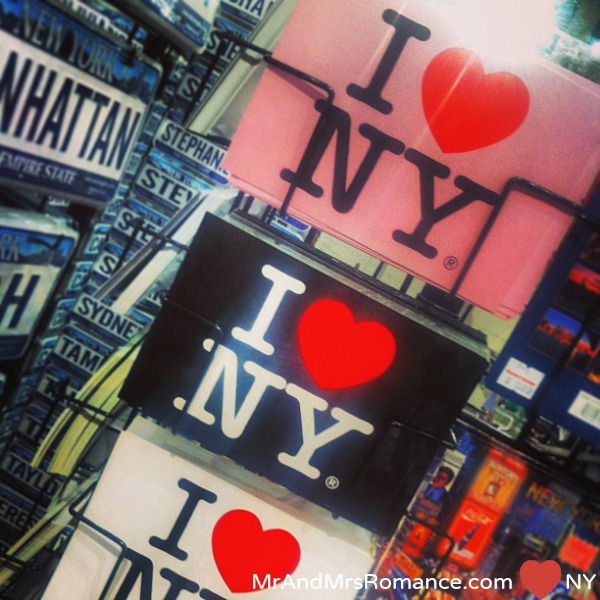 It’s an incredible place where anything can – and often does – happen. It’s like being on a movie set. This is partly because you’ve seen it so many times in films but also because it just has that vibe. At first you’re finishing your meal or a conversation and you expect to hear “Snap! Okay, guys that’s a wrap. Let’s break for lunch.” 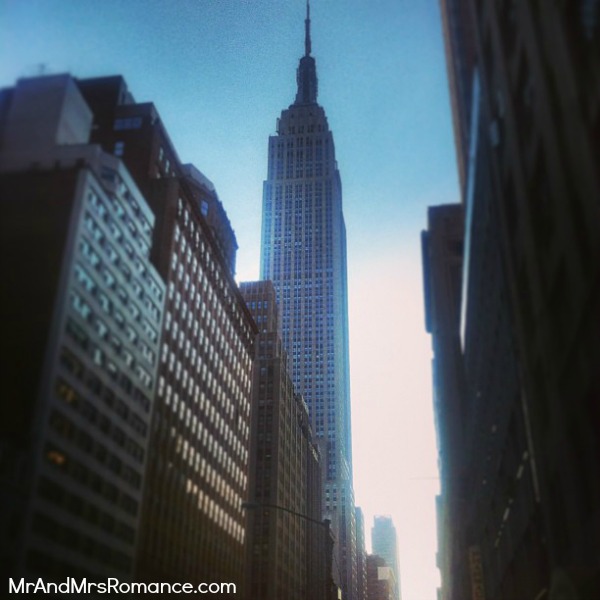 Our trip up to the Empire State Building makes us feel like film stars though. Not just because of how famous this beautiful building is but because how we go up there.

Most people are willing to wait (lord only knows why) up to two hours to get to the top floor, and then another 45 minutes to get back down. Our friends Paul and Sarah, who we randomly met in Manhattan a long way from Sydney, told us to get the express passes.

Here’s the page for tickets to the Empire State Building. Go for the Main Deck + Top Deck Express Pass. No regrets! You get to queue jump everything.

Yes, we get a couple of filthy looks and yes, we have to wear Kevlar stab vests as we walk past the much more patient folks waiting in line. But take the feeling of a friend picking you up from the airport right next to the taxi line and multiply it by a million. 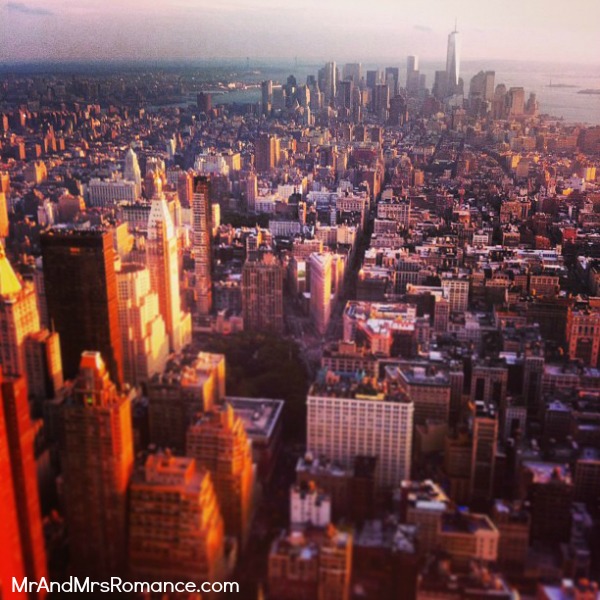 As the sun sets over Manhattan, we watch the the city lights come on. It’s quite a show. 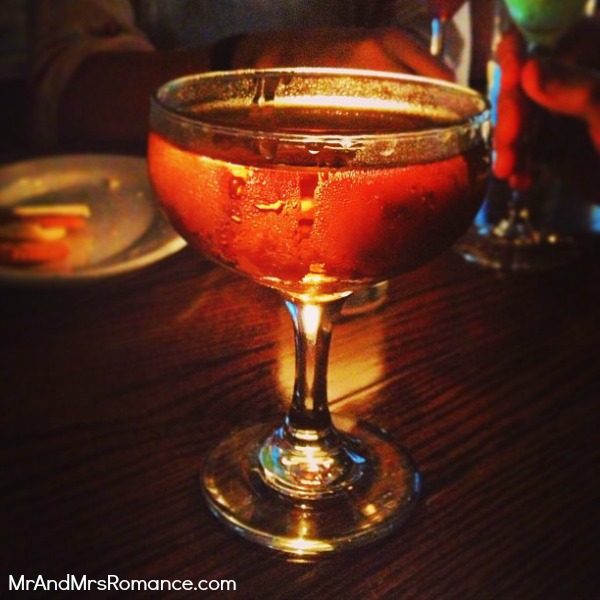 The next night we (and Sarah and Paul) go to Momofuku’s Noodle Bar on 1st Avenue in NoHo. We have a cocktail while we wait for a table. The food there is amazing – the steamed pork buns are insane. 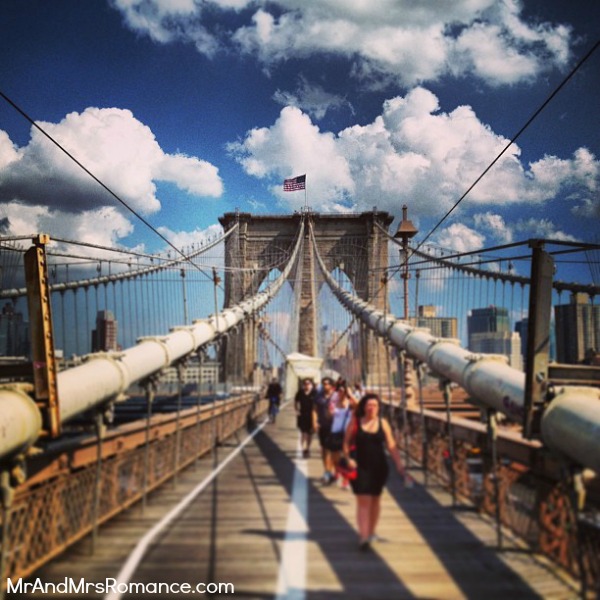 Crossing the Brooklyn Bridge is something you should definitely do while you’re in New York. It’s often very busy, and the cyclists hurtling up and down the narrow path don’t make things any easier, but it’s well worth the walk. 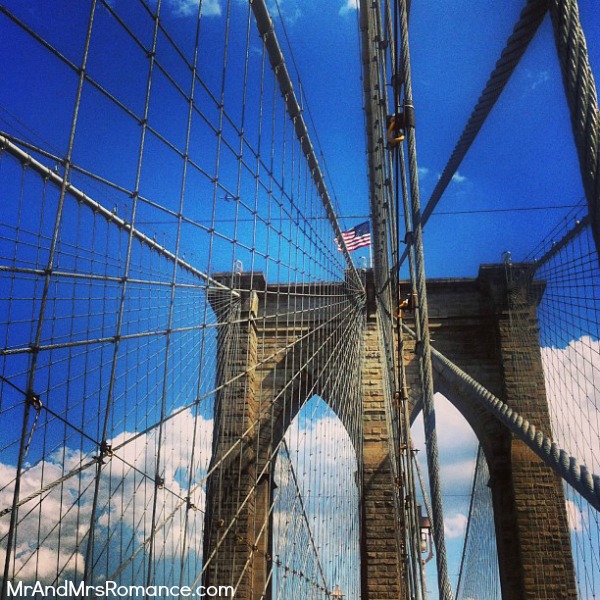 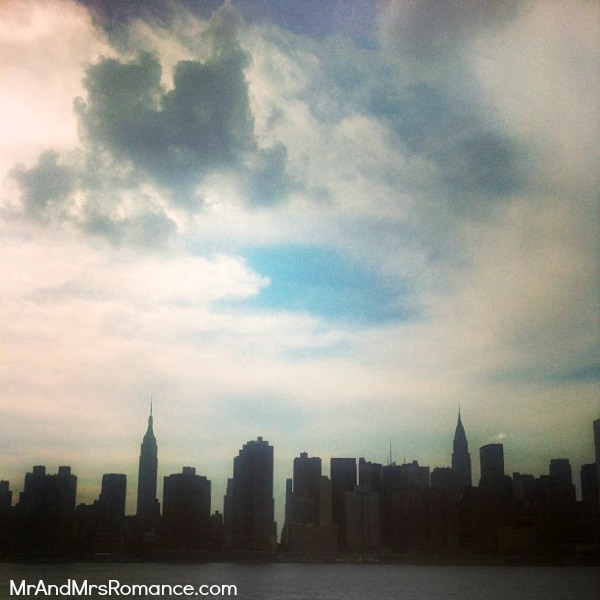 The view of Manhattan from Brooklyn. We get back to the Big Apple on the East River Ferry. It’s not expensive and it’s a lovely way to see the shores of New York. 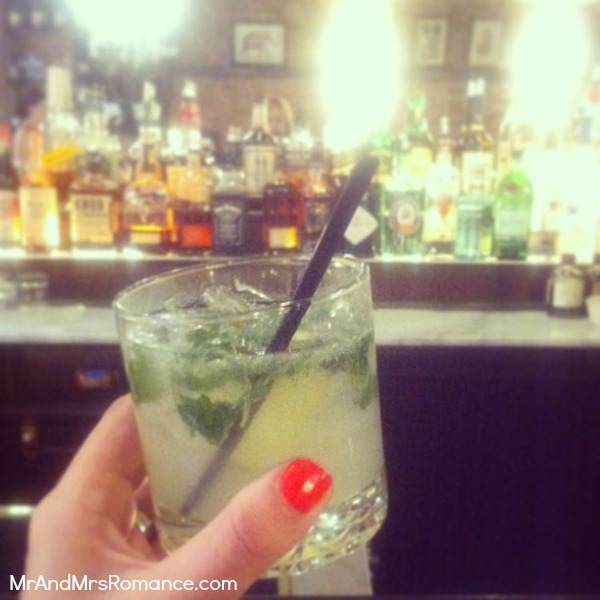 Mrs Romance chooses a fig mojito in one of our favourite bars in NYC – The Bar Room. Beautiful cocktails, beautiful service and a beautiful place. Here’s our review on the Bar Room.

The lovely Darragh, working behind the bar, tells us to go the Peacock Alley bar in the Waldorf Astoria. 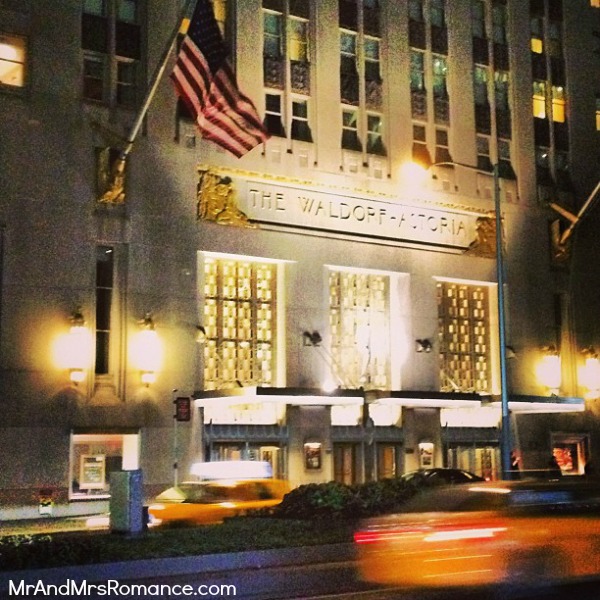 The Waldorf is one of the most beautiful hotels in the whole of the New York. It’s full of glamour and glitz, and the Peacock Alley is a favourite bar to some of the world’s biggest film stars. 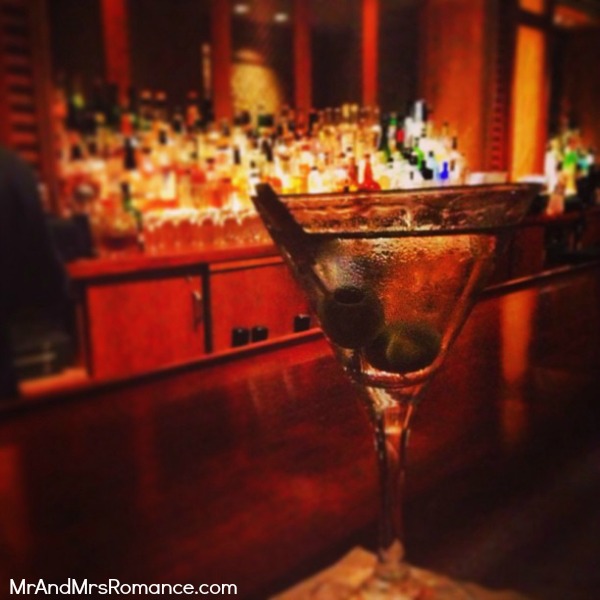 And the cocktails in the Peacock Alley… awesome! 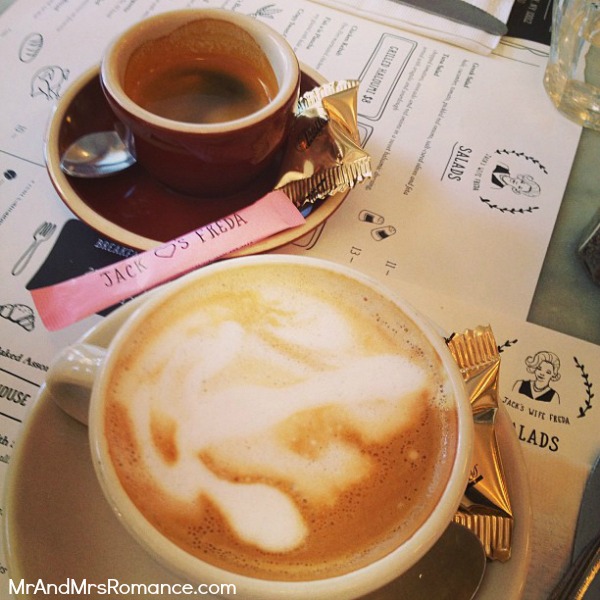 We finally find a decent coffee in New York – the rosetta’s not up to much but flavour-wise it’s the business. This is in a cute little cafe – Jack’s Wife Freda is on Lafayette Street in Nolita.

I have the Mediterranean breakfast and am well happy. Mrs Romance gets the eggs and haloumi and isn’t disappointed either. 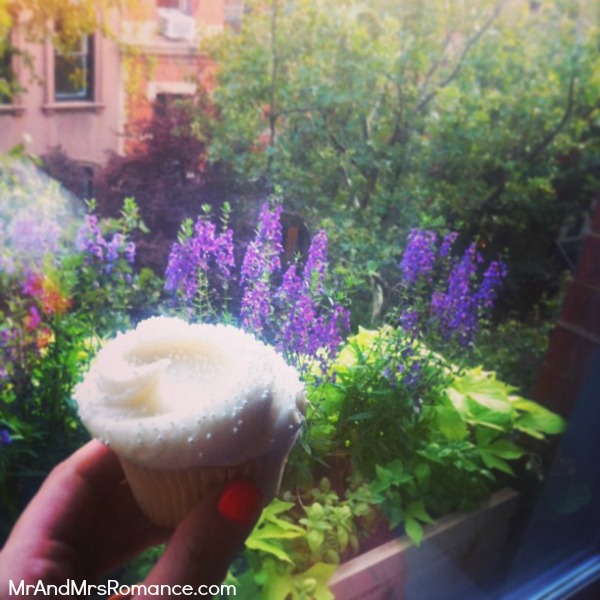 Our generous AirBnB hosts leave us some delicious cupcakes from the famous Magnolia Bakery just around the corner. Mrs Romance enjoys the best of both views: cupcake and our balcony! 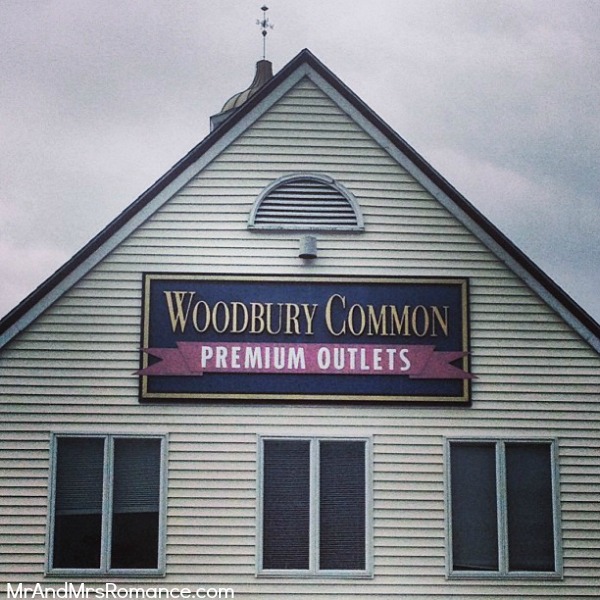 We head west to New Jersey and the Woodbury Common outlet centre. It has some serious designer bargains for serious shoppers. Getting there and back can be a hassle though. Our bus takes an hour to get there but traffic makes the return trip a 2-and-a-half hour drive. 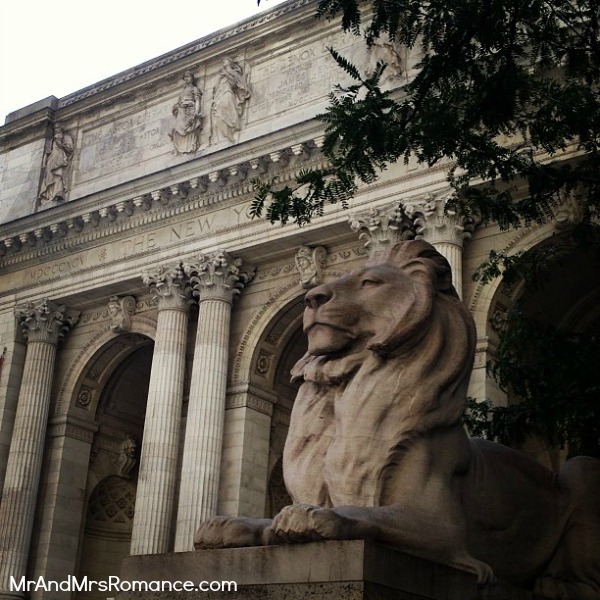 Mrs R heads to a business meeting and I set out on my own Ghostbusters tour and find the lions of the New York Library: the opening scene of the first Ghostbusters. Awesome! 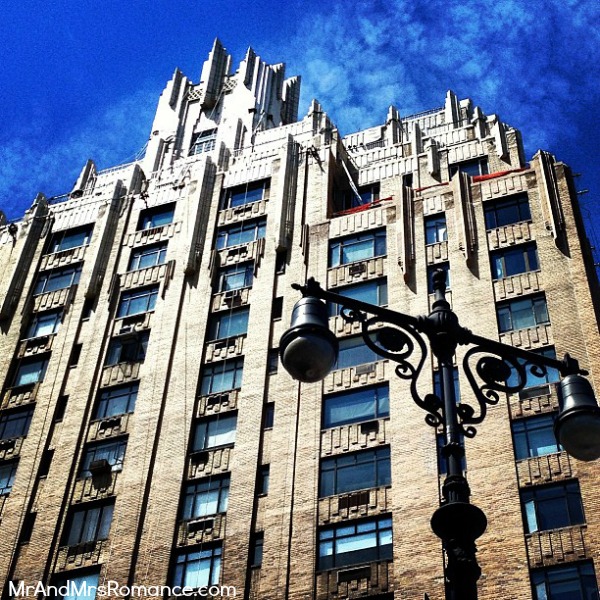 Up on the Upper West Side, I hunt down Spook Central – the apartment block in Ghostbusters. It’s much smaller than I’m expecting – and the gargoyles are somewhere in LA. Still, this is a very nice building right next to Central Park. 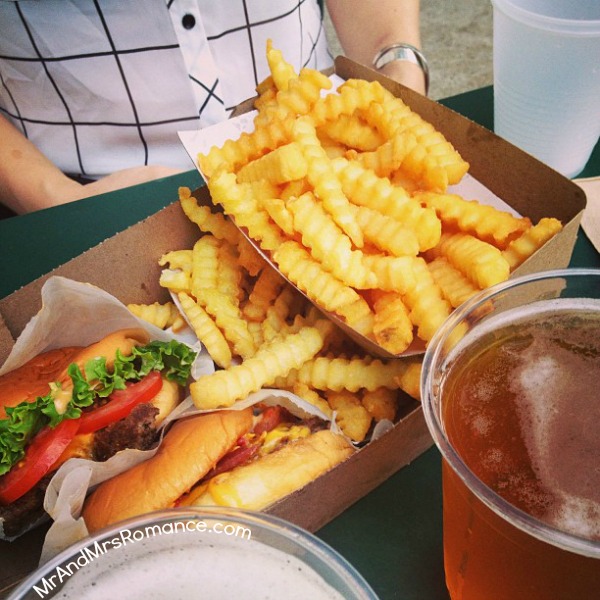 It’s very hard to go past a burger place in the States. Especially when it’s a Shake Shack burger.

Here’s the queue for Shake Shack. It moves mercifully quickly, but I’ve never seen a line this big for a burger… but you know what? I’d queue up again!

Vivid Sydney is where art, technology and commerce intersect. Every year, just before the start of winter, Sydney is lit with the weird and…