The drive from San Diego to Las Vegas is probably the best road trip we’ve ever done. From desert roads to mountain passes, the Colorado River to the San Andreas Fault, and Route 66 to America’s best apple pie… It’s the American dream at 70 miles an hour! 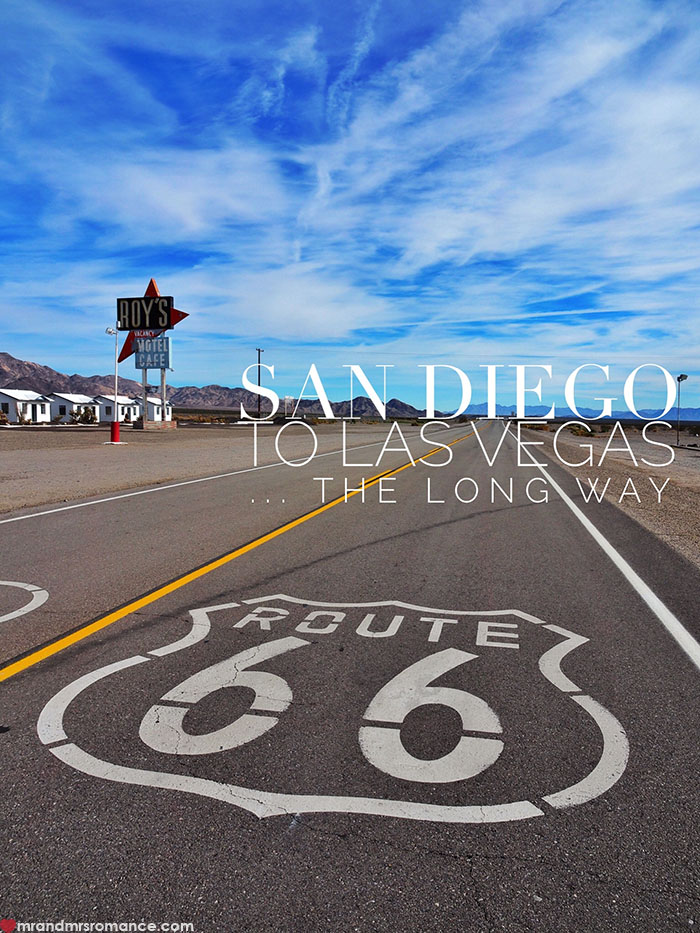 Everything you’ve seen in the movies – the road stops, the winding blacktop, the flying yellow line flying down the middle of the road – it’s all true.

And on our recent road trip from San Diego to Las Vegas, we saw it all. If you ever wanted proof that the best way to get a feel of the country is to drive it, this is it.

Here’s a free downloadable doc of our itinerary boiled down for you to use easier.

And here’s an interactive map of where we went to make it a bit clearer: 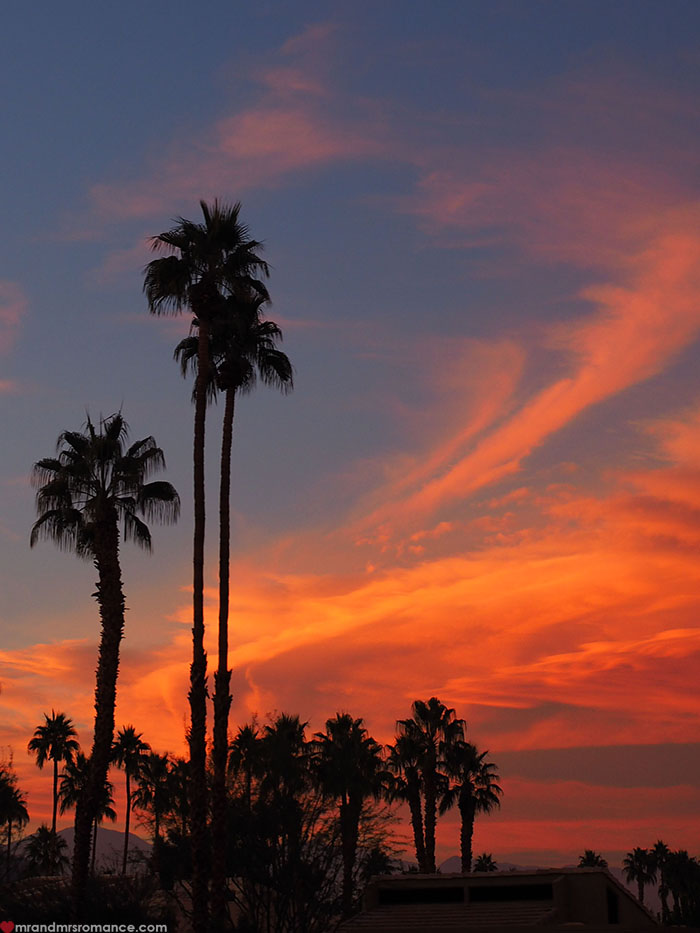 From San Diego it’s a little over an hour to the little town of Julian – home of award winning pies and some very cute houses!

We popped in for a slice of the action (sorry) and were very impressed. If you want to try American apple pie at its best, go to the Julian Pie Company. 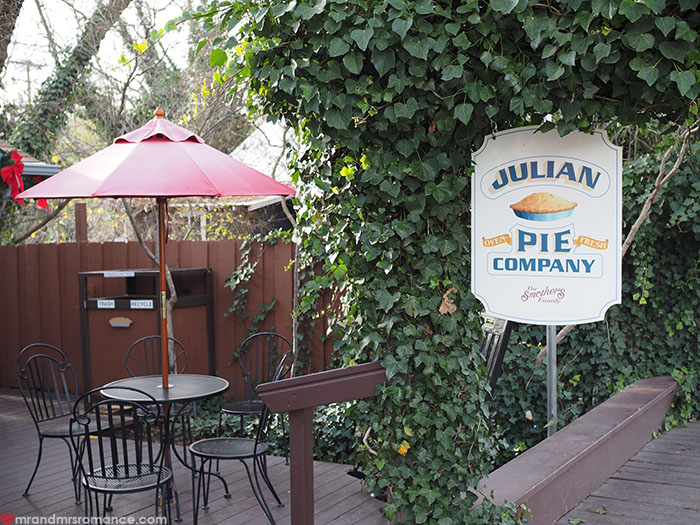 We did try the Apple Alley Bakery’s offerings too, but weren’t as impressed. The people were a bit odd (shouting and having a domestic out the back) and the pies weren’t quite as good.

Feeling a bit sick, we plopped ourselves back in the car and carried on to Palm Springs. The road’s a good one, crossing the Santa Rosa – San Jacinto Mountains, and about half an hour out of Palm Springs, there’s some good hairpin driving. 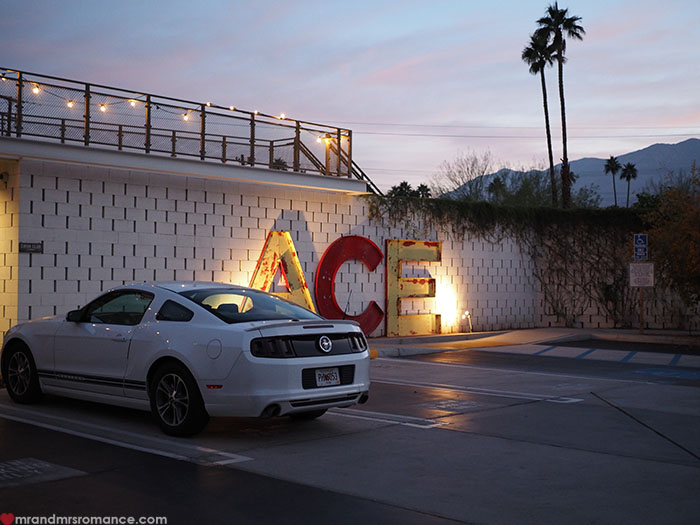 The Ace is a very cool hotel. Everything here is crafted and styled to within an inch of its life. It used to be a Westward Ho motel with a Denny’s attached. Now it’s a slick, uber-hipster joint with matching restaurant. 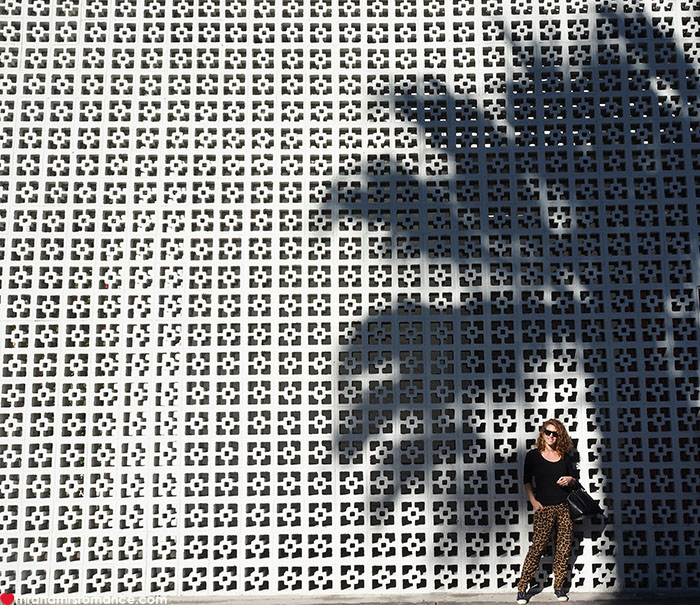 We stayed here to explore for the day (plus it bloody well rained) and were pleased we did. There’s an outlet mall about 30 minutes out of town where you can pick up some amazing bargains.

Alternatively, when you’ve seen the town, which shouldn’t take too long, head out into the nearby mountains. There’s a cable car ride you can go on that gives you some amazing views out over the desert. 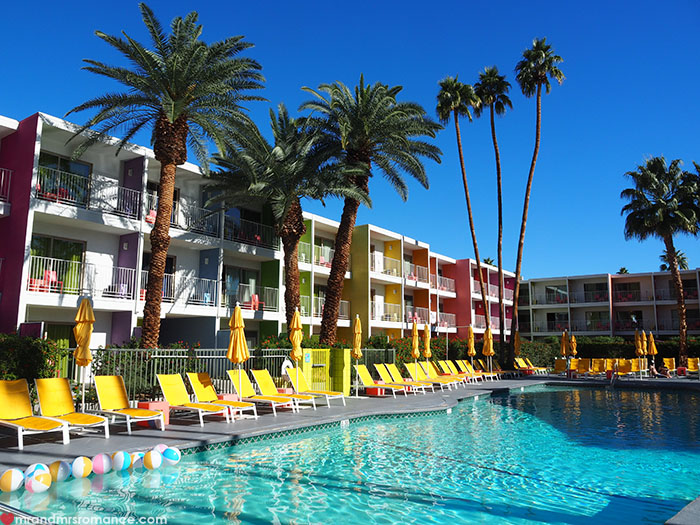 Another hipster hotel, but a little more approachable. Each room is very brightly coloured and has a balcony facing into the pool and resort.

If you’re looking for something more up-market, you have to stay at the Parker. What an unbelievable hotel that is. 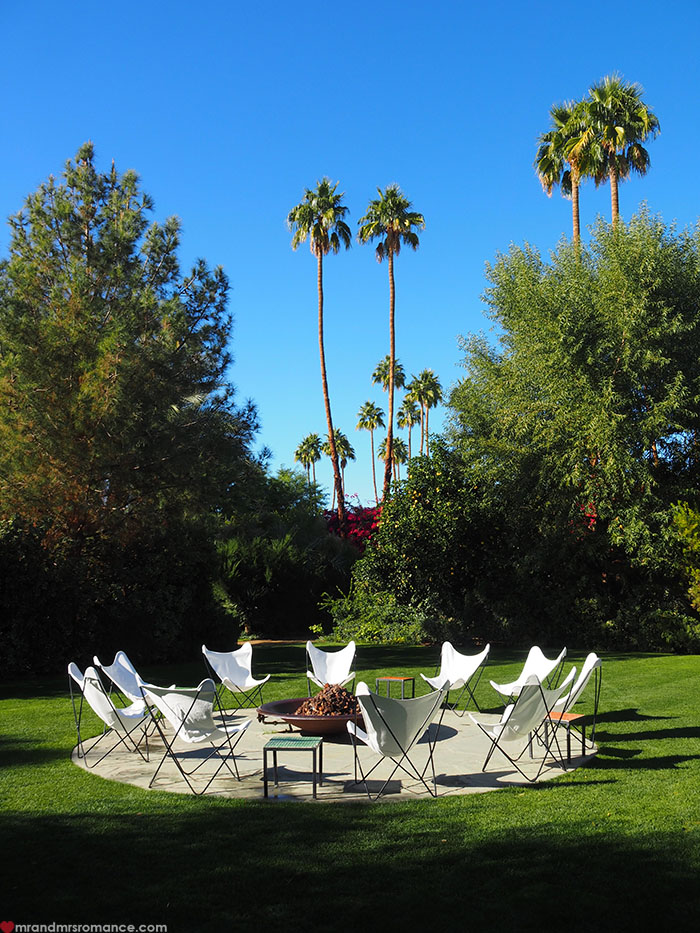 Don’t forget to have a drive around the neighbourhoods before you leave – and check out where Sinatra’s old house at 1148 E. Alejo Road. 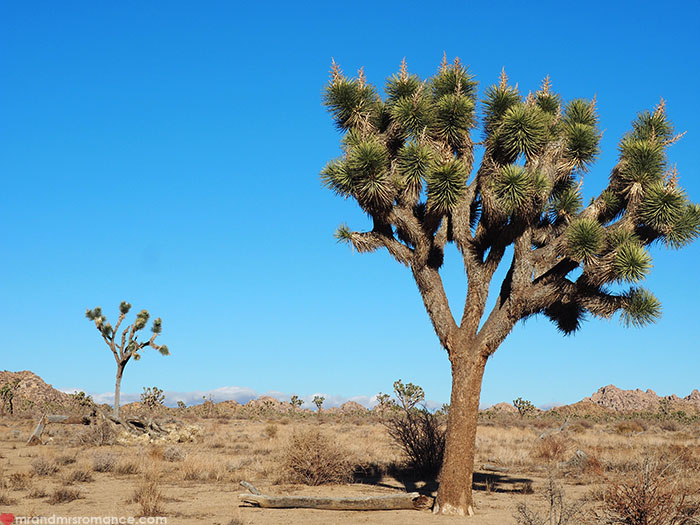 We didn’t leave much time to explore Joshua Tree National Park so we took the 62 to Alta Olma Drive and the Joshua Tree Visitors’ Center. We chatted to a park ranger, who told us to drive in via the West Entrance Station.

It costs $15 to go into the park. Make sure you buy supplies in Twentynine Palms – the snacks and drinks in the visitor’s centre are ridiculously expensive.

We took what’s known as The North West Loop (though we did it more west north!) with a very worthy detour down to Keys View to check out the San Andreas Fault Line. 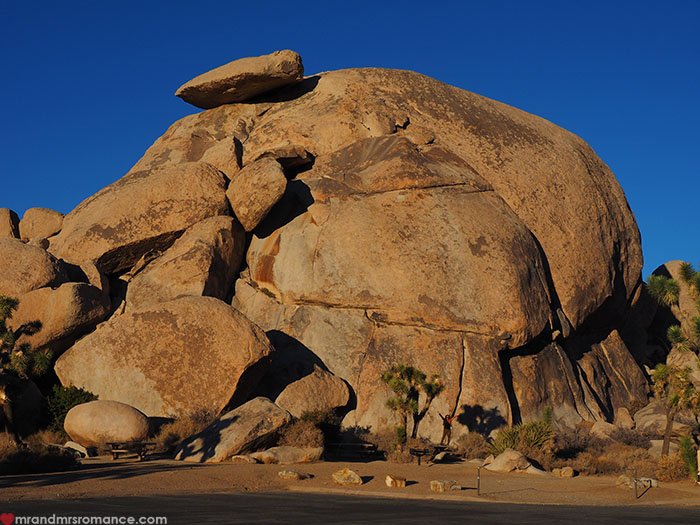 Joshua Tree National Park is an incredible, unique habitat, full of these bizarre eponymous trees. There are also magnificent rock features to explore like Skull Rock – and it’s a beautiful drive.

Twentynine Palms is a remote town on the northern border of Joshua Tree, but it’s got plenty going for it in spite of its size.

Accommodation: we stayed in the Best Western Gardens, which was cheap and comfortable. However, we’d recommend staying in the Twentynine Palms Inn on the eastern end of town on Inn Avenue.

Twentynine Palms Inn has the best restaurant and bar in town attached to it. 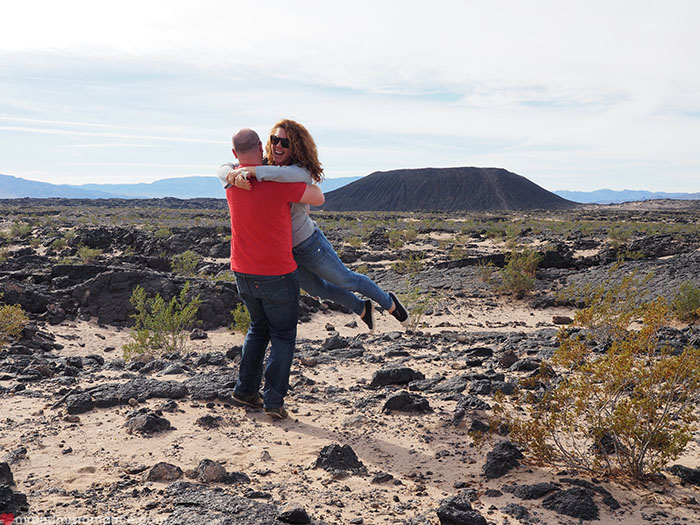 North of Twentynine Palms, along the Amboy Road, you’ll find saltpans, which are worth stopping for a photo. The Amboy Road ends at a crossroads where it meets Route 66 – also known as the National Trails Highway.

Left is the Amboy Crater – an extinct volcano you can climb.

Route 66 heading east will take you past Amboy itself and Roy’s Motel and Café – a classic Route 66 photo op. 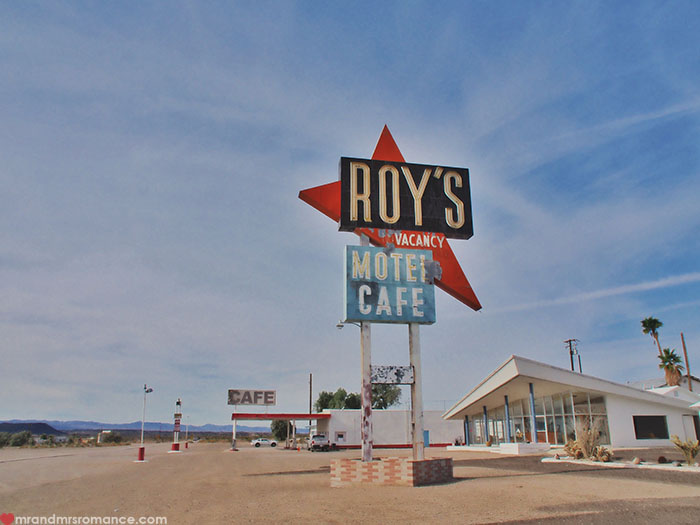 Take Route 66 as far east as you can – it’s not a maintained road any more, so many areas of this fantastic historic road are impassable or closed. Make your way to Needles.

We were planning on spending the night in Needles, but it’s a bit of a sad little town. We did refuel here, which was a mistake. Wait until you get across the Colorado River into Arizona to get petrol. It’s a lot cheaper.

From Needles, we head north on the 95 on the Nevada side of the Colorado River. Then go right on the 153 to Oatman.

Oatman used to be a mining town and produced a lot of gold until the mid-1930s. At its height 10,000 people lived here. Now it’s all but a ghost town, but is popular with tourists. 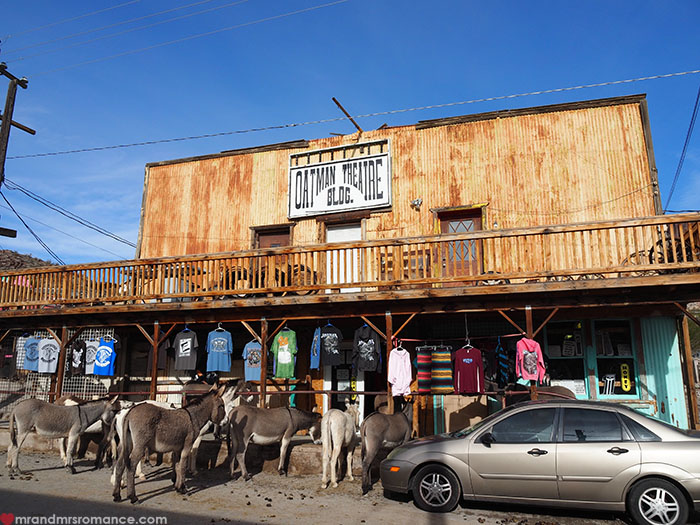 The donkeys miners used have become feral and roam the streets of this peculiar place. But best of all, it’s here that you can find Route 66 once again.

We headed back south then turned left following 66. It’s called the 10 now, but it’s the best part of the 66, leading you through some great mountain scenery. Going north through Oatman is apparently even better with sharp hairpins steep elevations, but 66 will take you too far east.

For more information on Route 66 from Santa Monica Pier all the way to Chicago, Illinois, check out RoadTripUSA.com

Heading back past Needles, it’s a straight drive along the tri-state border to Bullhead City. We were going to stay here, but realised across the river, in Nevada, the casino town of Laughlin had cheaper accommodation.

Accommodation: Stay in a casino for a great hotel rate. We stayed at the Aquarius Casino Resort and paid the extra $10 for a river view room. 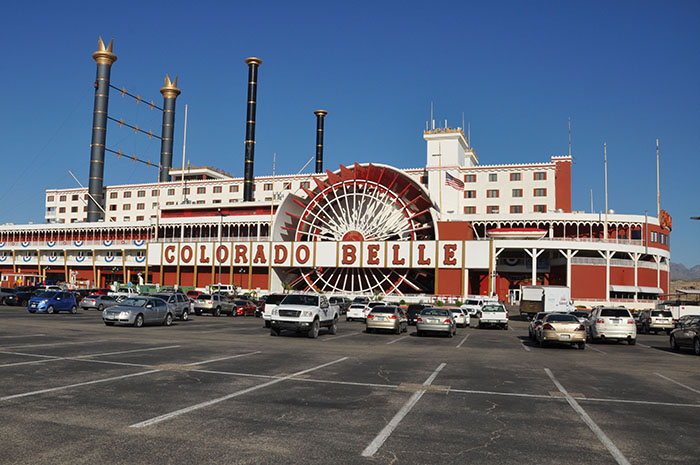 Laughlin itself isn’t the best, but it’s perfect to get you into the Vegas mindset – it’s a bit like Vegas was about 20 years ago! If you’re a non-smoker, you’ll find the casinos all very smoky – the ventilation here isn’t as good as Vegas.

Make sure you check out the Colorado Belle Casino – it’s in the shape of a giant paddle steamer – and the Pioneer Hotel and Gambling Hall for its sheer cheesiness. The Golden Nugget is worth looking at too. 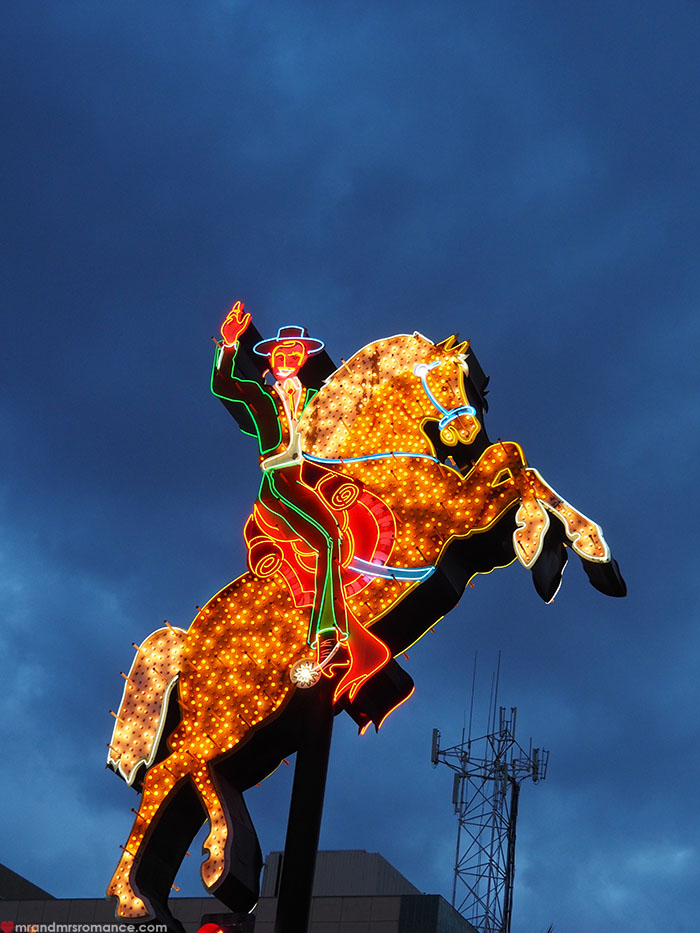 The drive from Laughlin to Vegas is straight forward enough, but its here you’ll see some classic Nevada desert views.

The 95, the 582 then the 592 lead you through the Mojave Desert straight to the famous Las Vegas Strip where your next adventure begins! 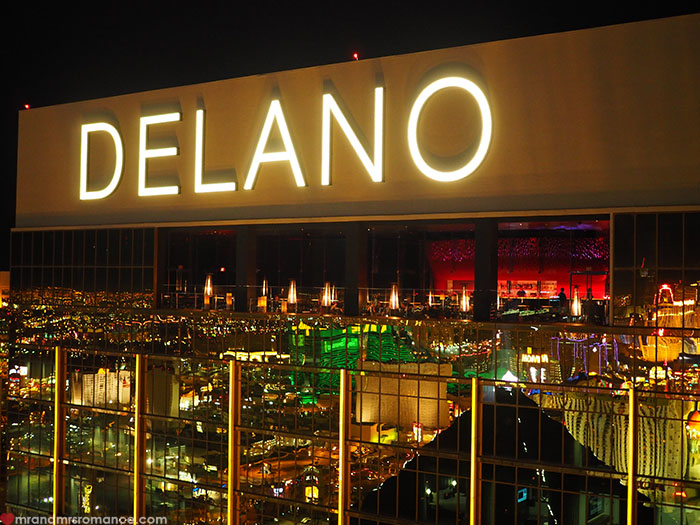 Accommodation: We stayed at the Delano – a fantastic hotel that’ll make your time in Vegas so much more memorable.

For more to do in Las Vegas, here’s what we’ve covered so far:

Things to do in Las Vegas – the Neon Museum

Where to eat in Las Vegas – miX at the Delano

One of our top 10 burgers was found here too!

Do you have a favourite road trip? Where would you go if you could take a drive anywhere? What’s the longest road trip you’ve been on? Tell us in the comments!

Ice cream bliss, hangover cures and a Christmas cruise on the Harbour

Ok, how is it December already? I’m starting to see why shops have started putting out their Christmas stuff in August – it feels…