Finding good food and drink in a town like Orange, NSW isn’t hard. The whole region’s a foodie’s dream. But Percy’s Bar and Kitchen is set to make waves in this classic Aussie country town. With its funky share plates, sharp décor and slick cocktails, Percy’s is the new Orange. 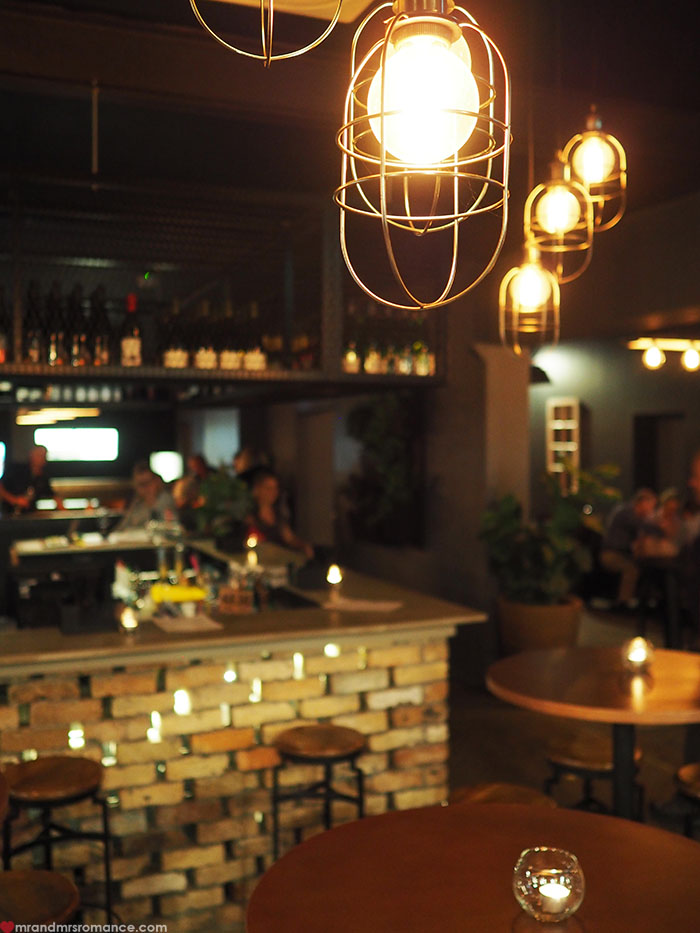 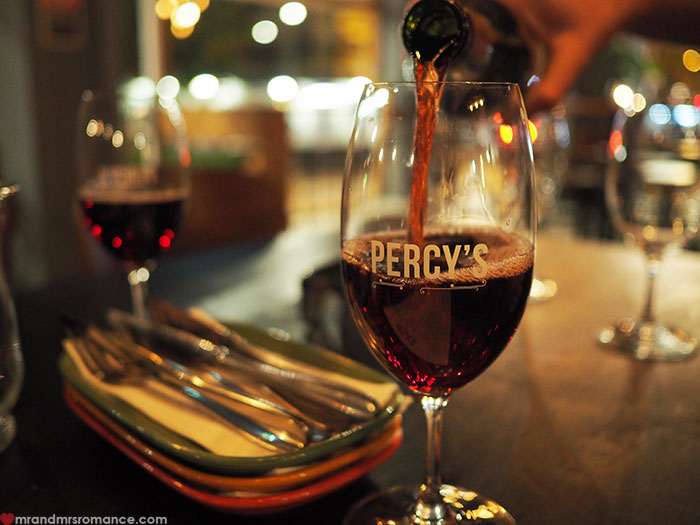 Orange is one of those Aussie country towns that was made to be a foodie destination. Its rich soils, rolling hills and cool climate all make for perfect conditions for wine and fresh produce. Orange has a wholesome, country life feel about it.

But Chris Cornforth and Fraser Haughton, owners of Percy’s Bar and Kitchen, have joined their collective experience to bring a bit of inner city pizazz to this friendly region of New South Wales; Cornforth brought us The Cottage Bar and Kitchen in Balmain, while Haughton ran Small Bar, the first venue to take advantage of Sydney’s new small bar licensing laws in 2007. 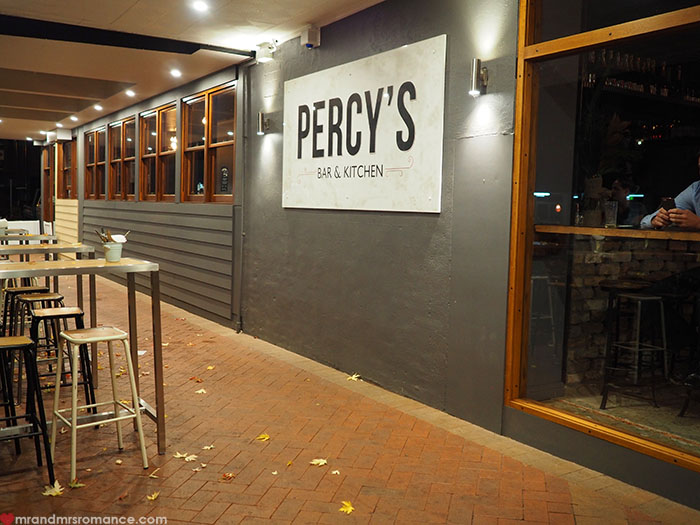 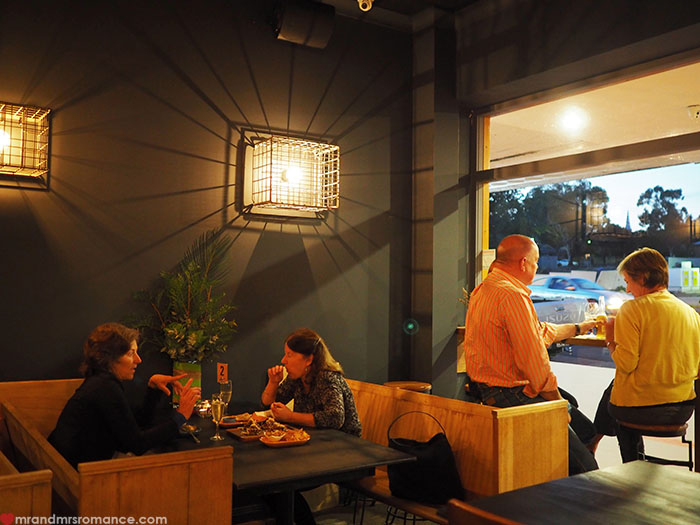 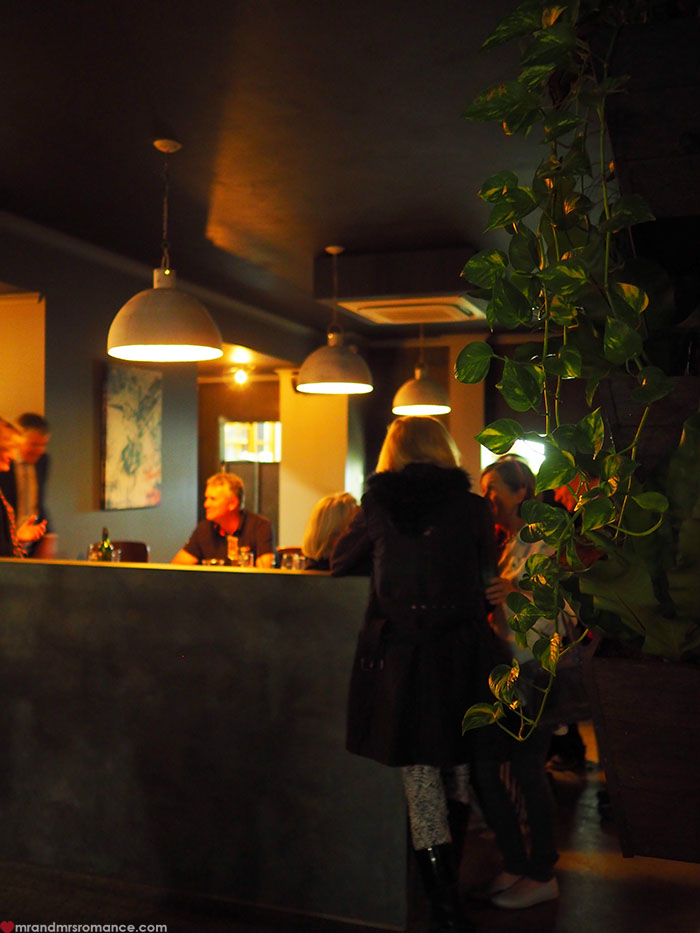 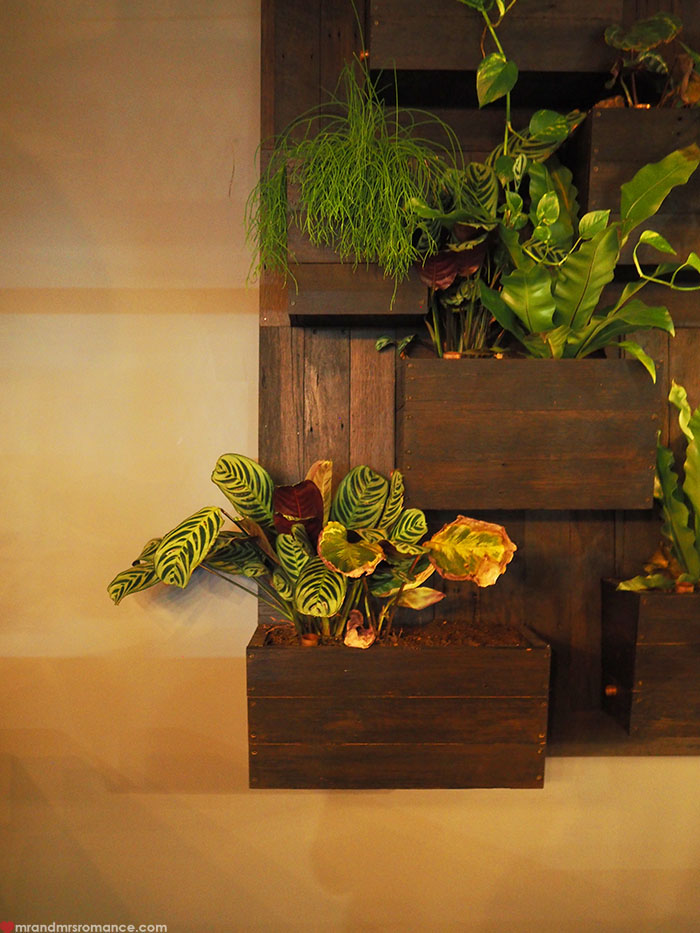 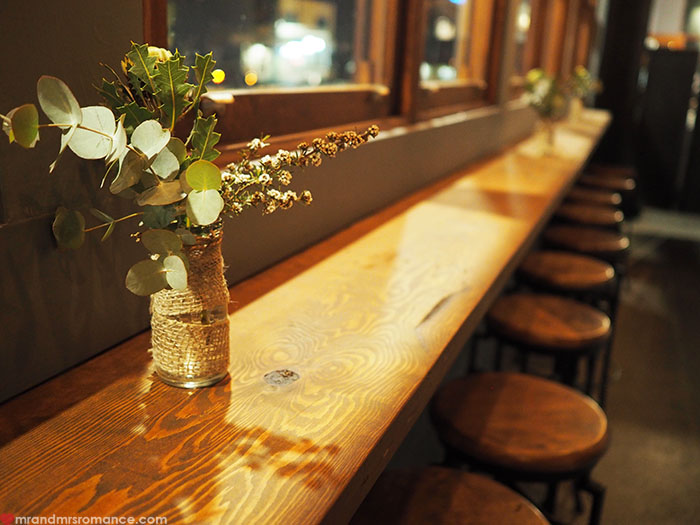 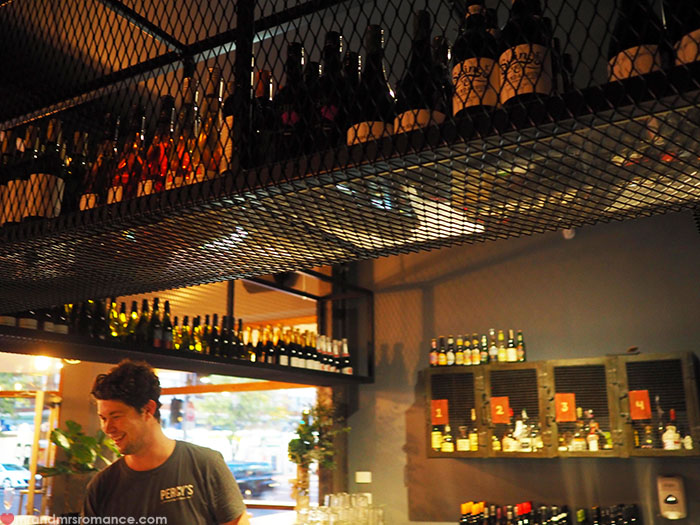 From the outside, Percy’s holds prominence on its corner, the curve of the building and wrap-around verandah still in keeping with old-style corner pubs. Though through its big picture windows you can see from the street there’s not much old style about this venue.

The dark walls, stylish light fittings, polished concrete floors and subtle rugs contrast well with the rustic exposed brick of the bar. And in a nod country heritage, bottles and glasses are kept in farm style chicken wire cabinets and shelves above the bar.

Drinks that come from behind the jump have a city feel to them too. In keeping with this small bar’s personality, there are plenty of cityside craft beers that have made it big like 4 Pines on tap. But there are also some homegrown brews from just around the corner too. 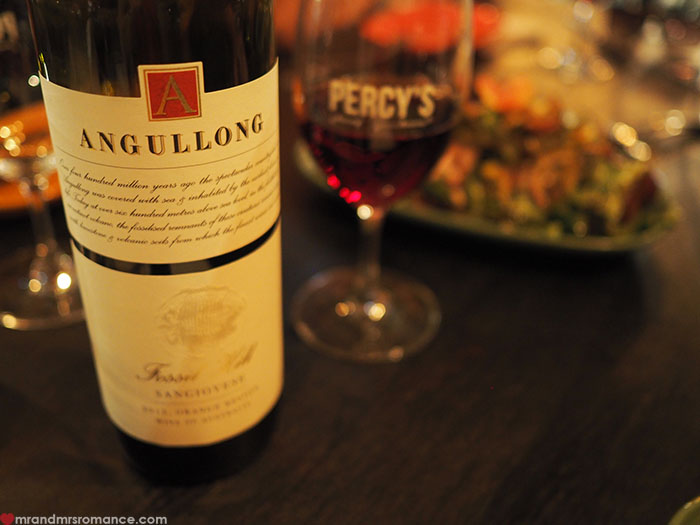 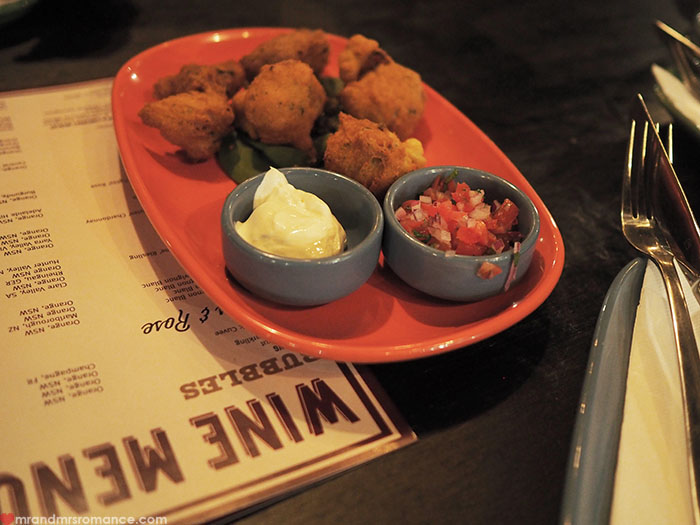 The wine selection is excellent. Orange is known for its viticulture, and Fraser and Chris have really tapped into this awesome asset with some great ideas.

Currently, Percy’s has an ‘Orange vs the World’ challenge running, where they have wine varieties from Orange with a counterpart from different parts of the globe to showcase how good the stuff here is. 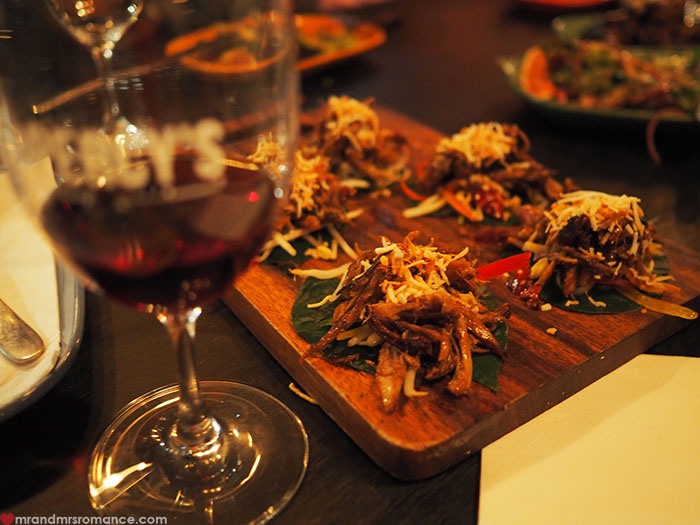 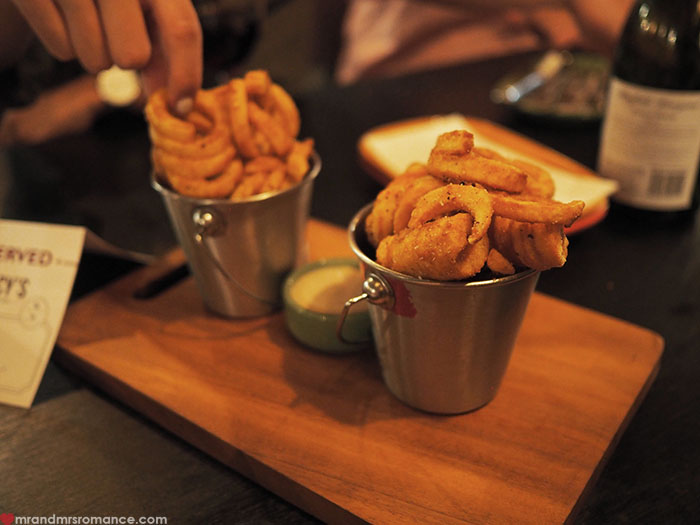 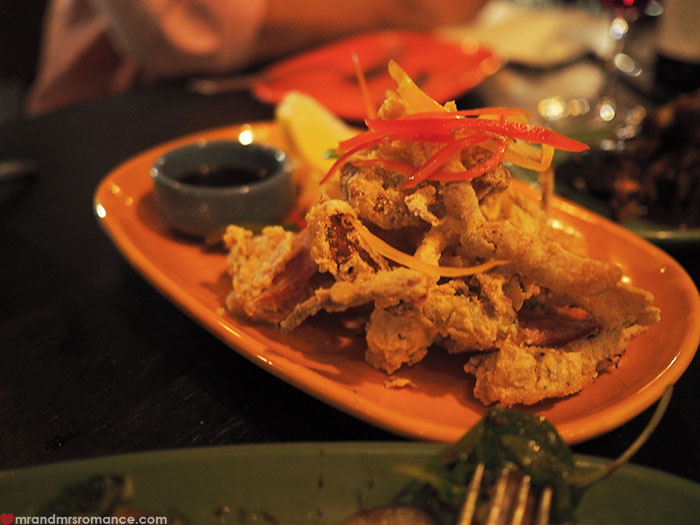 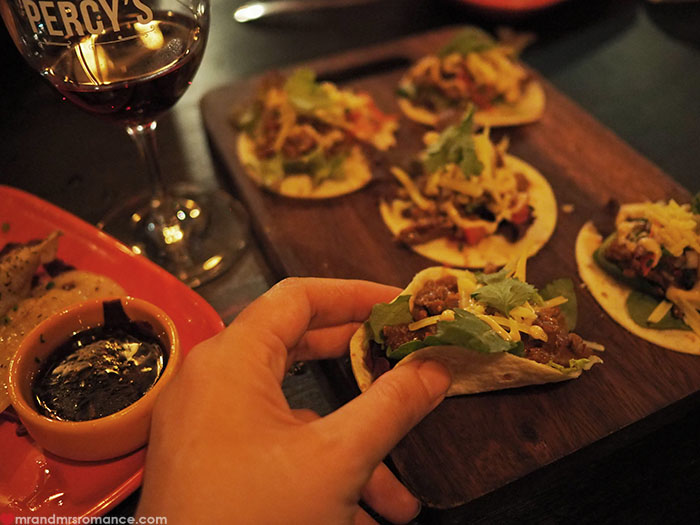 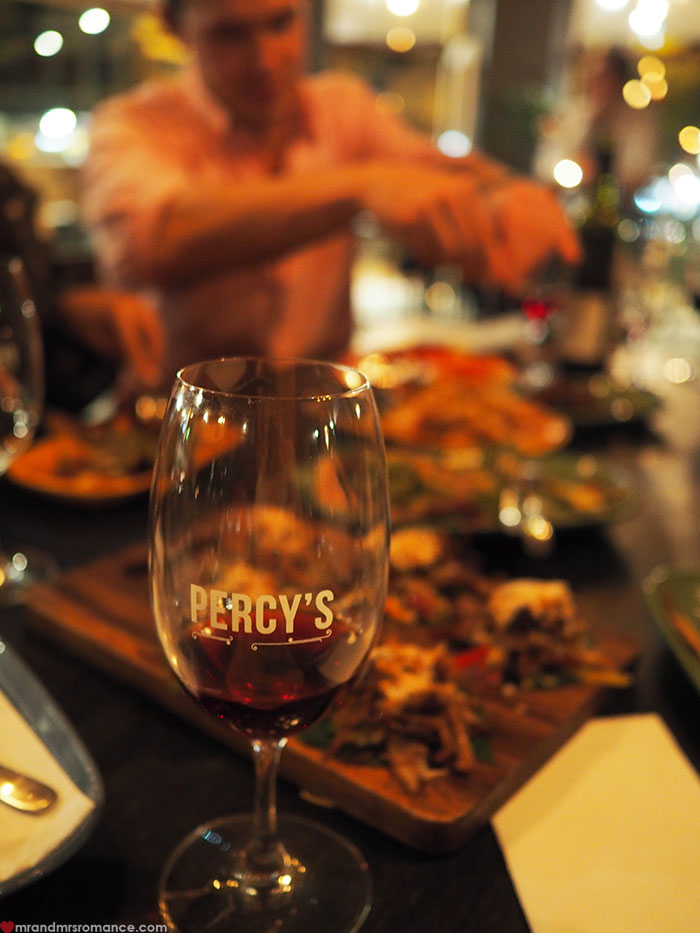 We tried a few choice items from the menu. Most of Percy’s food is made for sharing – an eating method seemingly new to many of the locals. I have my own opinions on sharing food, but I had to leave all that at the door.

Fortunately there was plenty deliciousness so I didn’t have to get bitey or hoard anything in my pockets… though I was still tempted – especially when the Szechuan and honey braised lamb riblets came out.

Percy’s Bar and Kitchen has a chef that likes to change the menu quite frequently with works of culinary genius like Szechuan soft shell crab, roast duck betal leaf wrap, and the fig and prosciutto salad… and if you don’t try the curly fries here, you’re an idiot!

All in all there aren’t many things to complain about Percy’s Bar and Kitchen.

We did hear someone say it was too dark in Percy’s, but I think that’s the idea. It’s not an RSL. You’re not checking your Keno numbers all the time. It’s dark to add atmosphere.

So if you’re in Orange, make sure you try Percy’s Bar and Kitchen at least once. I can assure you it’ll be a highlight. 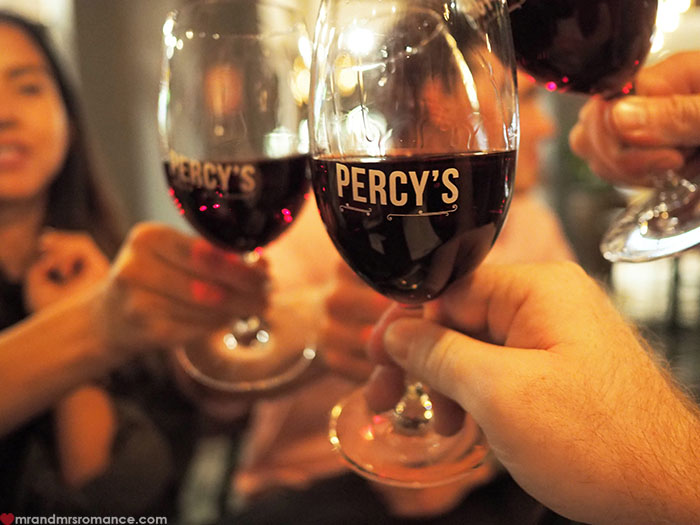 I should also explain that the name Percy’s comes from Captain Percy Simpson who – under orders of Governor Brisbane in the early 1800s – was sent to cultivate this fertile region of New South Wales.

It’s thanks to Captain Percy and his band of ‘educated’ convicts that Orange has become such a benchmark for fine produce.

Have you found a new favourite bar? Have you ever been to Orange, NSW? Tell us about it in the comments!

Images by Mrs Romance using an Olympus OM-D E-M10 camera. We were kindly hosted by Percy’s Bar and Kitchen.

10 top things to do in Milan, Italy

Milan is seen as a hub for commerce rather than romance or tourism. But is that really true? We found more than enough to…