After an era of extreme poverty, this intriguing Caribbean country is only now starting to explore its culinary culture and experiment with others’. But while we wait for Cuba’s foodie scene to develop, what’s to eat and is it any good? Or more importantly, is it really as bad as everyone says? 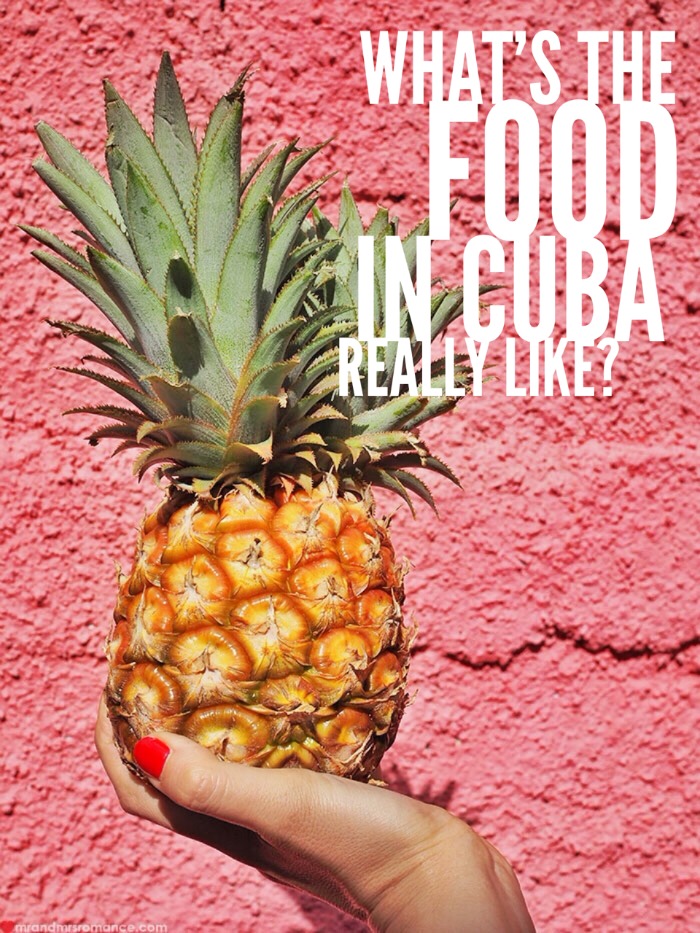 It’s commonly understood that Cuba has the least interesting food of all the Caribbean, Central and South American countries. This isn’t too surprising.

However, things aren’t all that bad and they are changing all the time – check out how here.

Like a lot of countries in this part of the world, Cuba has a deep, ingrained love of rice and black beans, and black bean soup. You’ll find this as a side dish in most – if not all places and it’s really quite good.

If you’re vegetarian, rice and beans is about all you’ll have to rely on in Cuba. That and the most delicious yam chips they make here.

Our veggie friend ordered a salad and received a plate of sliced up green tomato. Hilarious… for us. I think it was the most expensive thing on the table too. 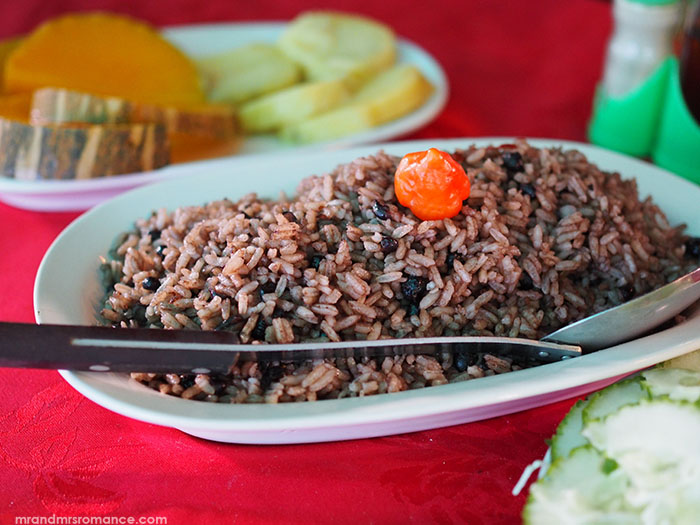 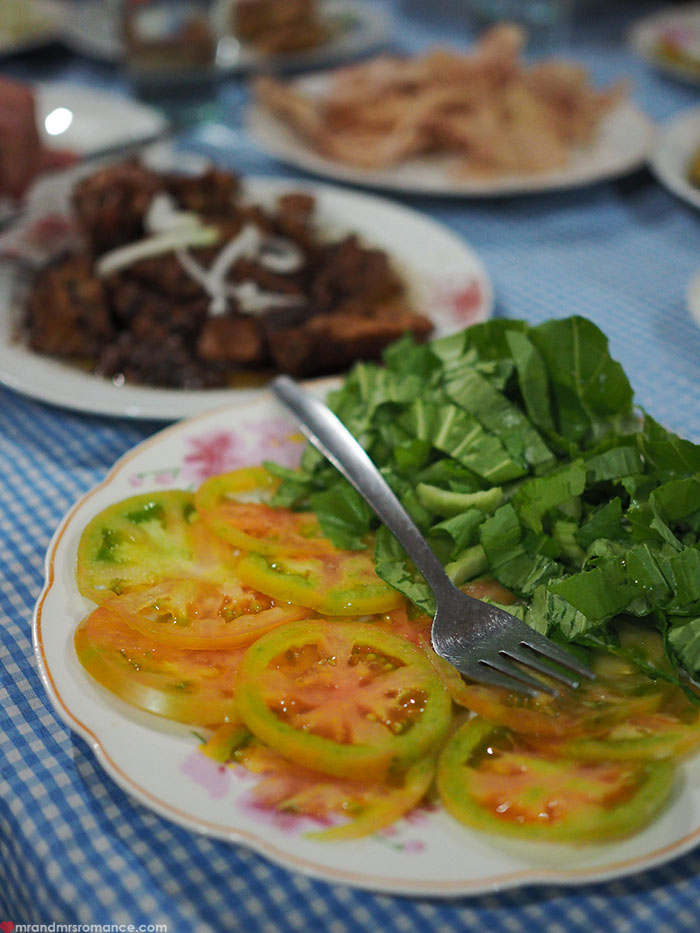 Talking of expensive, tinned tuna is a real luxury in Cuba. It’s very hard to find and when it is available, it’s very pricy.

There are lots of pork and chicken dishes. They can really fry chicken in Cuba – I had an enormous schnitzel thing in one restaurant and it was only about $5 – sides included.

Fish is good quality and well-cooked here. When you’re on the coast, you’ll have access to a better choice of seafood.

So as I said, the range of food is really surprising in Cuba, and there are signs some good kitchen skills. That’s not what’s given Cuba a bad reputation among foodies.

I suppose if you could sum up what’s missing from the cuisine comes down to a three things: no salt, no pepper and not many sauces.

Our friend even brought a bottle of Sriracha chilli sauce, having heard of what food was like here. It was a stroke of genius and, after 8 days, we’d used pretty much ¾ of a bottle.

We have speculated that perhaps this is why I’ve got such a positive view of Cuban cooking! 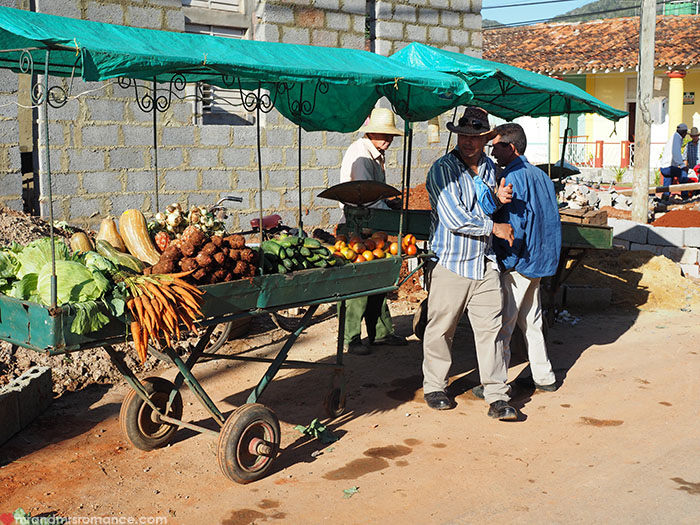 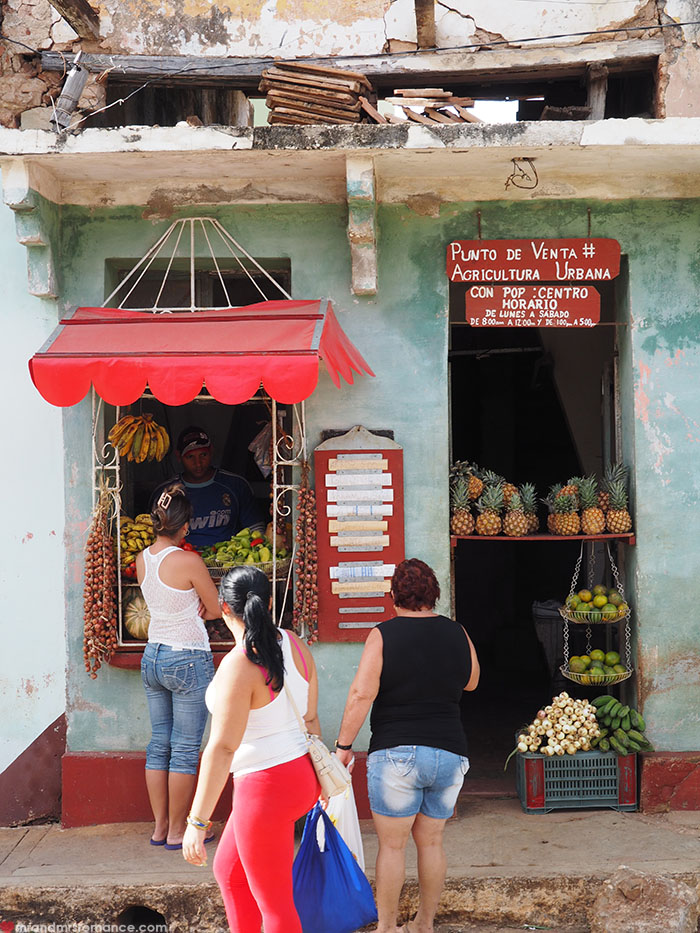 But our best experience with food in Cuba was probably the most authentic.

The price you pay to stay in a casa particulares, which is like a kind of Cuban homestay and the best way to see the country, includes breakfast.

By the end of our trip, we’d begun to really look forward to our breakfasts. And most casas will really go all out to feed you well. Fresh fruit, juice, coffee, bread, cheese, jam, cakes, eggs… perfect.

They will also offer dinner in the casa too, but you have to ask for it and it’ll cost you around $10 extra. You pay at the end of your stay.

But the food is always tasty, plentiful and presented in the cutest of ways. You might even get a homemade daiquiri if you’re lucky! 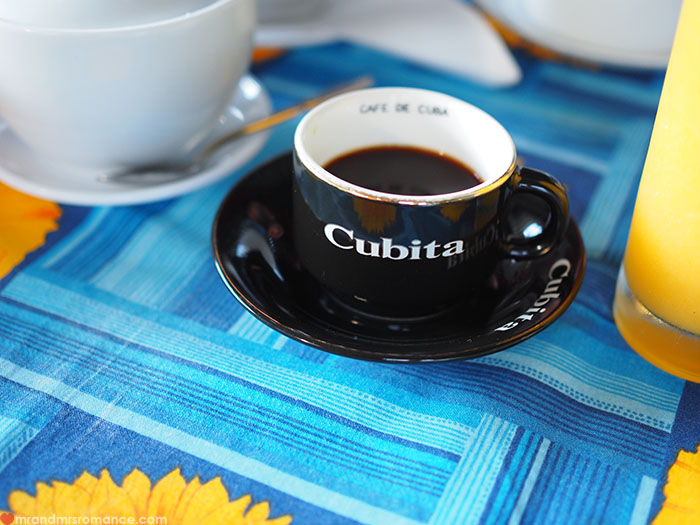 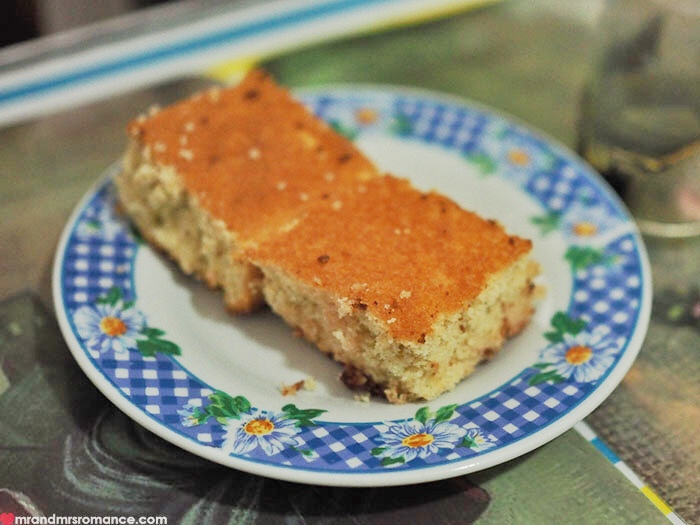 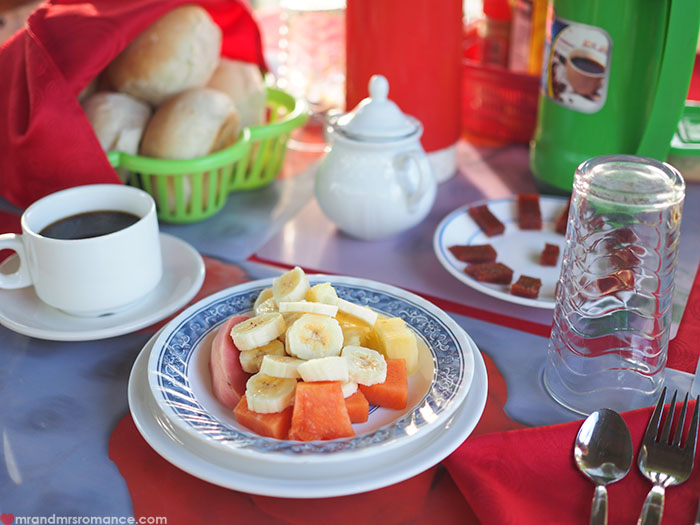 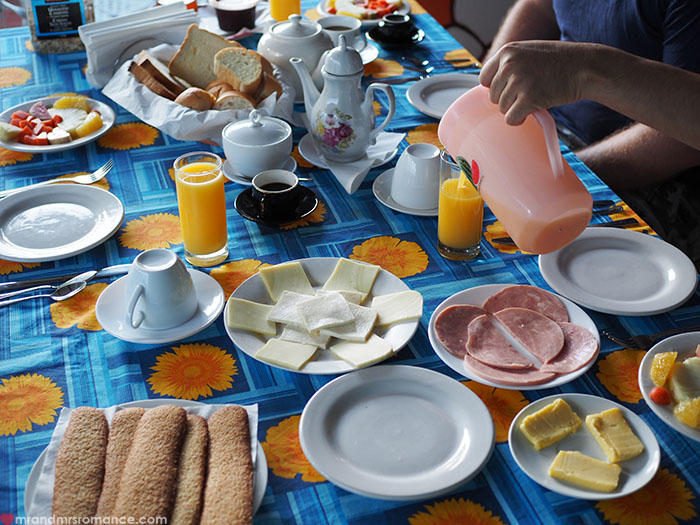 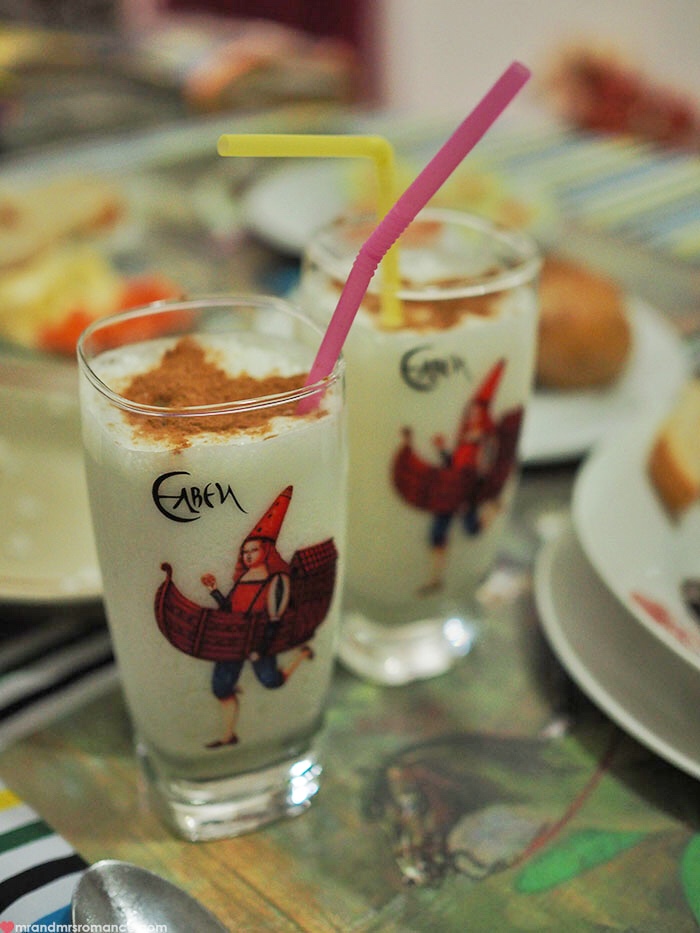 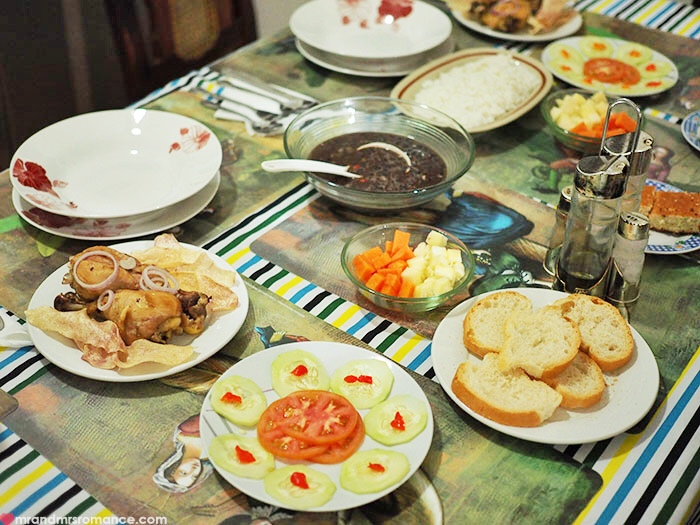 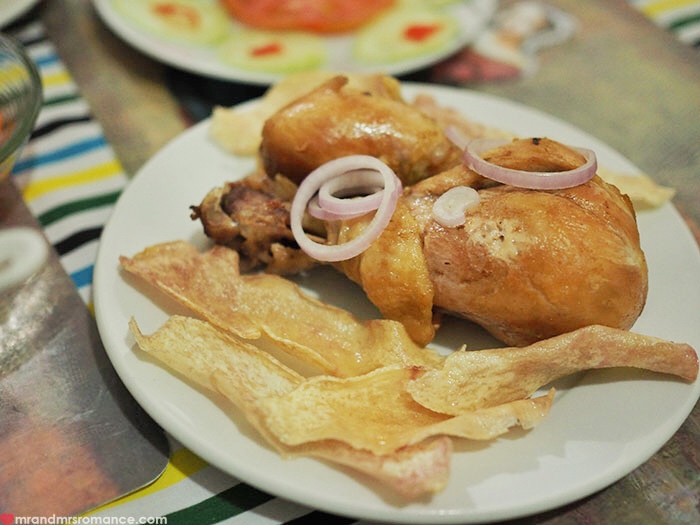 But let’s not play games here. We’re not saying that Cuba is the new centre of the world’s food ideology. It’s not. And as soon as we’d left Cuba for Mexico, and had tucked into a plate of fish tacos, we nodded knowingly.

What we’re saying is don’t believe all the bad hype about the food in Cuba. Most of it is absolutely fine – and some of it is even great.

I suppose the thing to remember is you’re not going to Cuba for a meal. If you are, then yes, best take along your own sauce bottle! 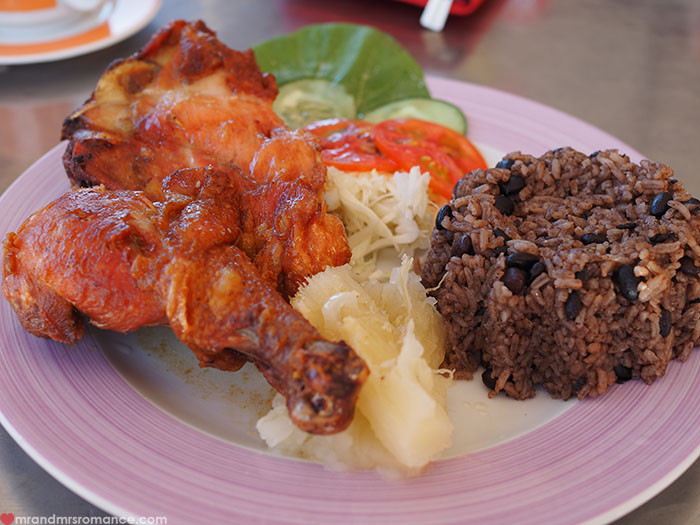 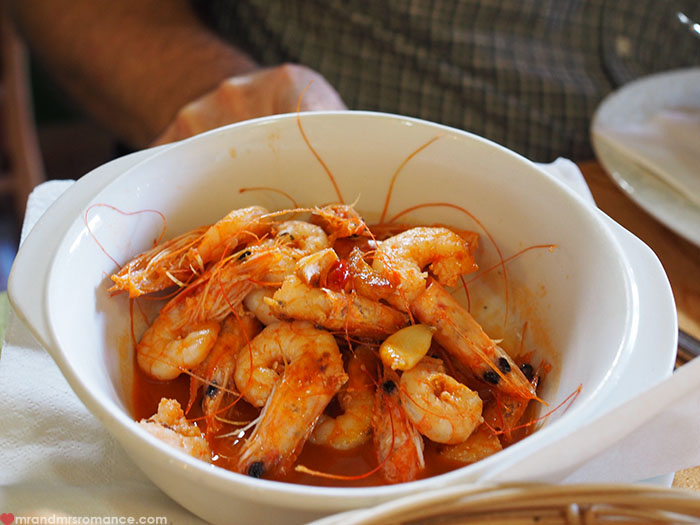 There really is a lot more choice in Cuba these days. Everything from rustic Cuban fare to quite well executed French style dishes.

And since the Cuban government has allowed individuals to open their own private restaurants known as Paladars (on a very small scale of course) there are lots more options for eating out than there were before.

Havana: Don Lorenzo is good, but very expensive – otherwise there are plenty of little paladars and bars you can pick up a simple yet enjoyable bite to eat much cheaper.

Vinales: Finca la Chiquitica organic permaculture farm is superb with monstrous amounts of food and superb sunset views over the mountains and the valley.

Cienfuegos: El Tranvia is a restaurant dedicated to the old trams that used to run through the town. It’s a bit of fun and the food’s great.

Trinidad: there are plenty of bars, little hole-in-the-wall pizza places and things like that around Trinidad. We were also spoilt to a barbecue out on the beach, which, if you’re part of a tour group and you’re offered it, go for it. It’s really special.

A note on resorts

Most resorts in Cuba are in tourist only areas and offer “all-inclusive” packages. Here you’ll find buffet restaurants and some a la carte options too.

In a country with rations and restrictions, we were shocked at this excess. We didn’t enjoy this experience in Cuba as it felt too far removed from the reality of the Cuban people.

The boomgates keeping locals out should have been the warning to us.

If you do choose to stay at a resort, you’ll find a wider range of food than we found in the rest of Cuba.

We have heard that staff are able to take home some food, which made us feel a little better about the excess and wastage. 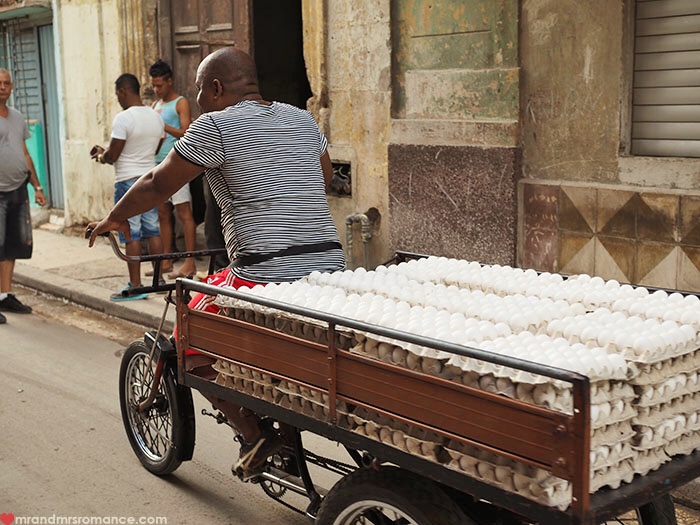 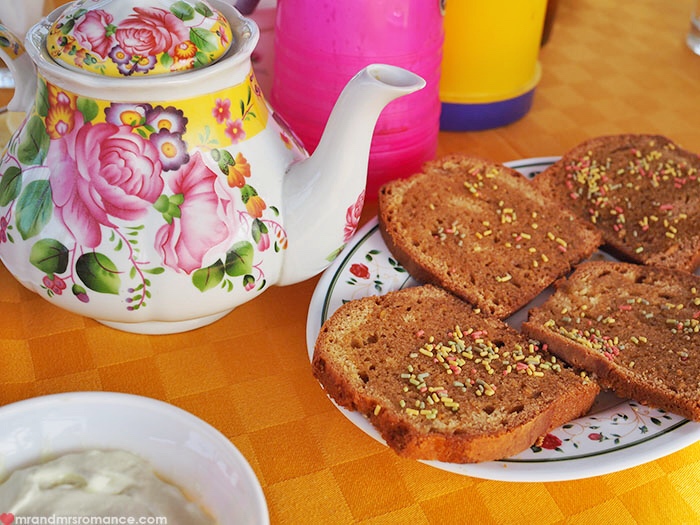 What would you expect as far as food options go in Cuba? Do our findings surprise you? Have you been to Cuba? What was your opinion of the food? Tell us in the comments!

How to photograph people when you’re travelling

Being able to capture the faces and places from your travels is the best souvenir you can bring home. But if – like I…