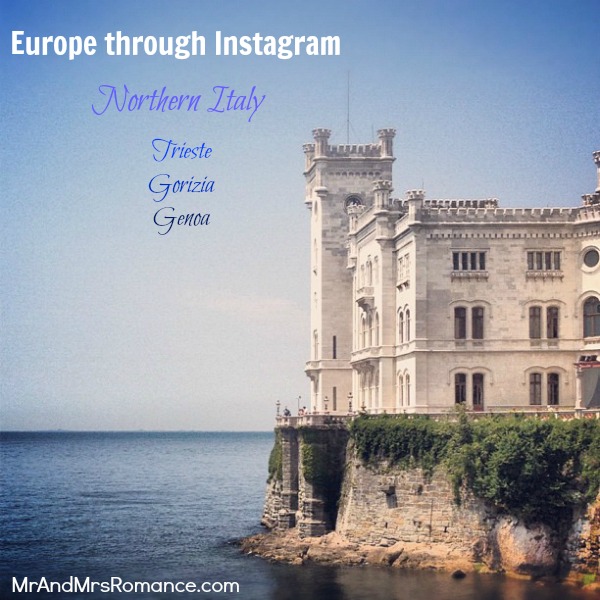 We leave Venice and head north and east for Trieste. The two-hour train ride doesn’t seem to take that long – we’re really looking forward to seeing our friends Cristina and Daniele and visiting this pretty little port town.

It’s been a long time since I was last here. Castello de Miramare is just as beautiful, perched on the water’s edge and gleaming white. 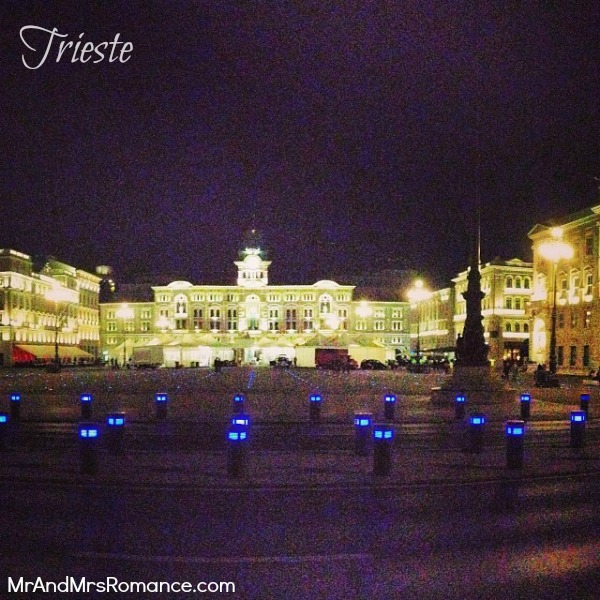 Trieste’s main piazza – Piazza dell’ Unita dell’ Italia – has an appropriately big name. It is the largest square in Europe after all! 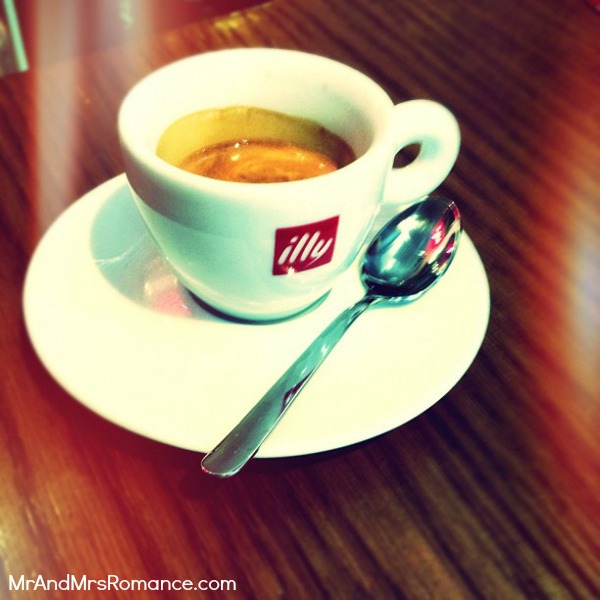 Gorizia is a funny little town. For one thing it’s in two different countries. One half’s in Italy and the other half’s in Slovenia. More importantly, it hosts the annual Gusti de Frontiera – the week-long international food festival. Each street represents a different country or region. We’re so excited as we head north. 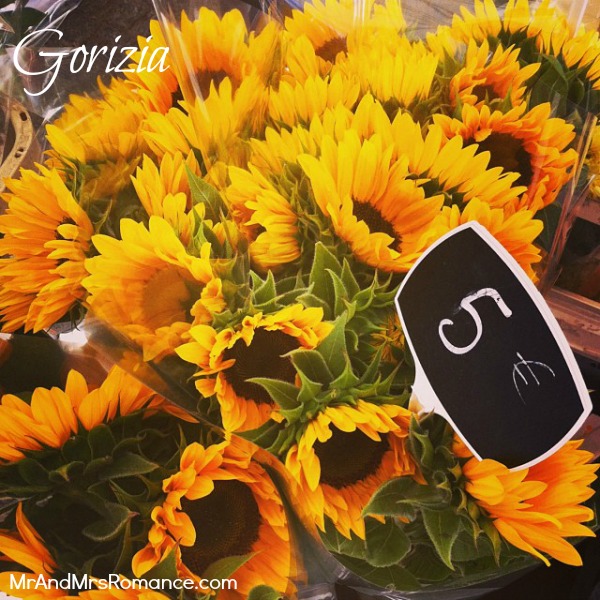 We arrive in Gorizia and Mrs Romance can’t resist a snap of the flowers on sale. Meanwhile, I’m busy staring at food! All the food! 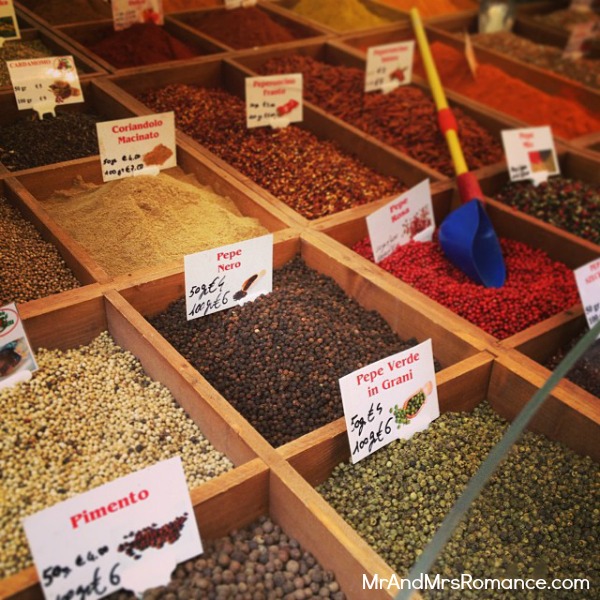 We start with the basics – spices and herbs! 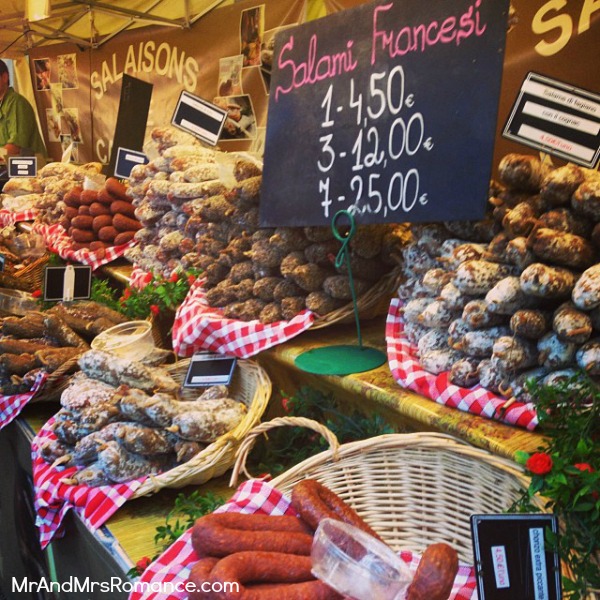 We find ourselves in the Italian part of the festival, which does seem to have the lion’s share of space at this international festival. This is a good thing though. Check out all the sausages and cured meat! 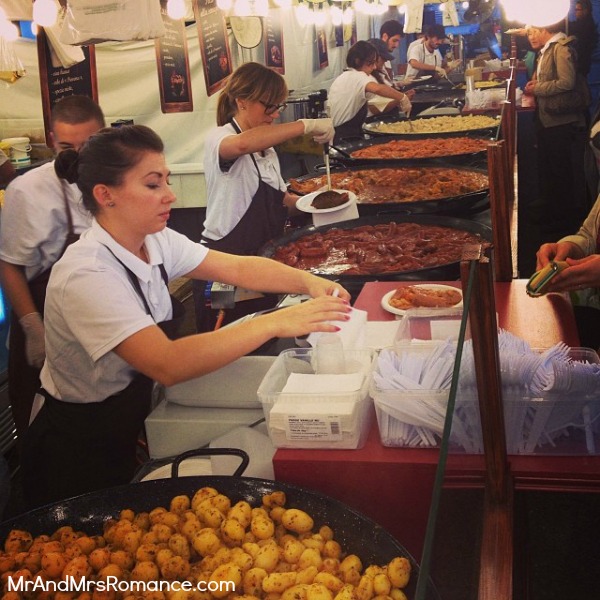 During a short rain storm, we take cover in the biggest raclette set-up we’ve ever seen! 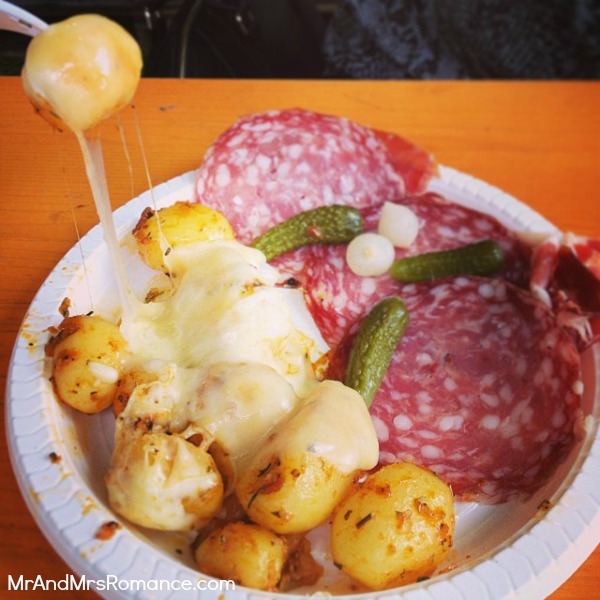 Of course, we have to sample some. Raclette patate. Yum!

And how about these ribs? It seems every country has its own version of ribs. It makes getting round the festival very slow-going. The smell and sizzle is very distracting! 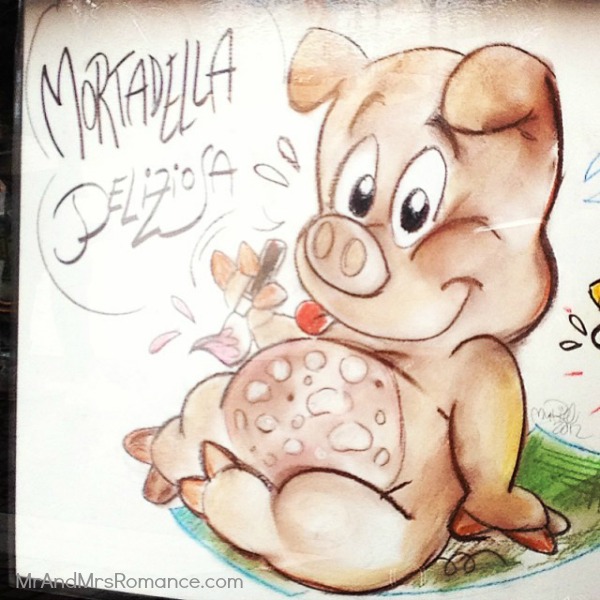 The mortadella is so good, even cartoon pigs are painting themselves up to look like it. Disturbed by this image? Yup, me too. 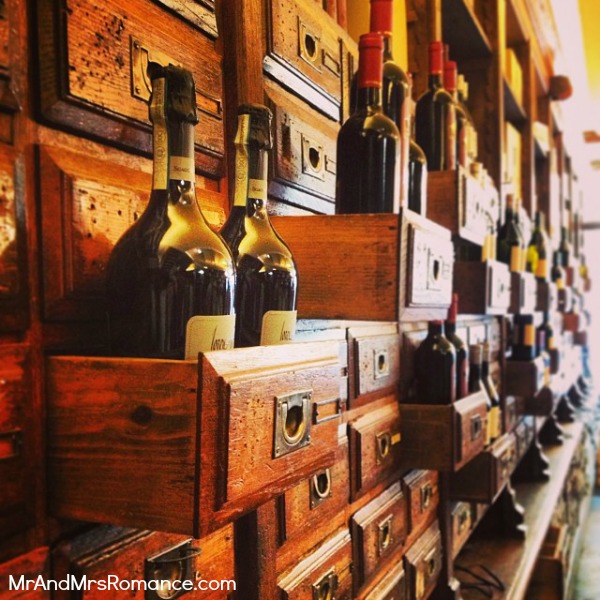 Not only are the festival stalls full of awesome food and beer, there are lots of amazing little wine stores show-casing their products too. This place used to be a hardware shop. It still has the original furniture, which is now used to store the wine. Nice.

It’s hard to leave Gorizia – even when we’ve eaten so much that walking is a challenge. It’s even harder leaving Trieste though. Beautiful city and even better company. Thanks Cristina and Daniele. 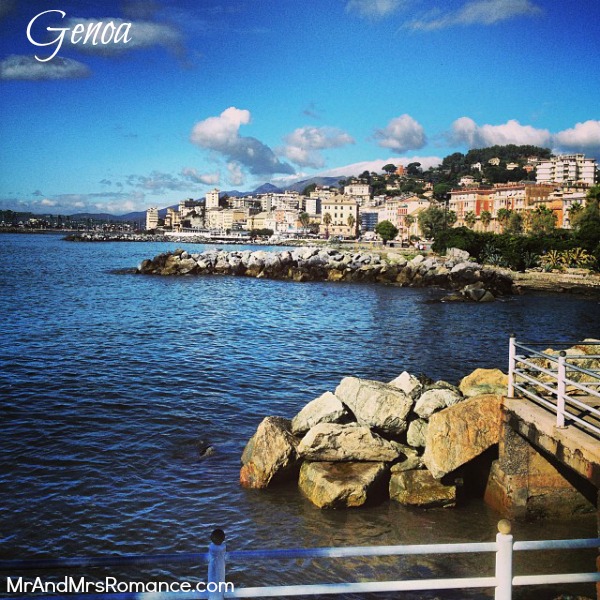 We head west across the top of Italy to Genova. For some reason, the English version is spelled and pronounced Genoa, but there you go. The train takes quite a while to get there, but it’s worth it. It’s a beautiful town on the west coast near the French border and the edge of the Italian riviera. 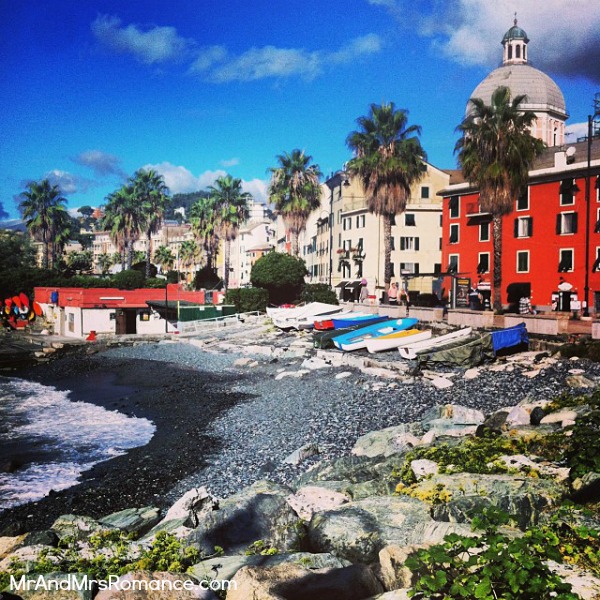 We’re only here for a night, where we have chance to catch up with two more amazing friends. Emmi and Piero are an incredible couple, who have been living here for over 90 years. We head to dinner at a little waterfront restaurant – Andrea Doria Pizzeria, then they take us to the hotel they’ve found for us.

In the morning they take us to the station too. What great people. 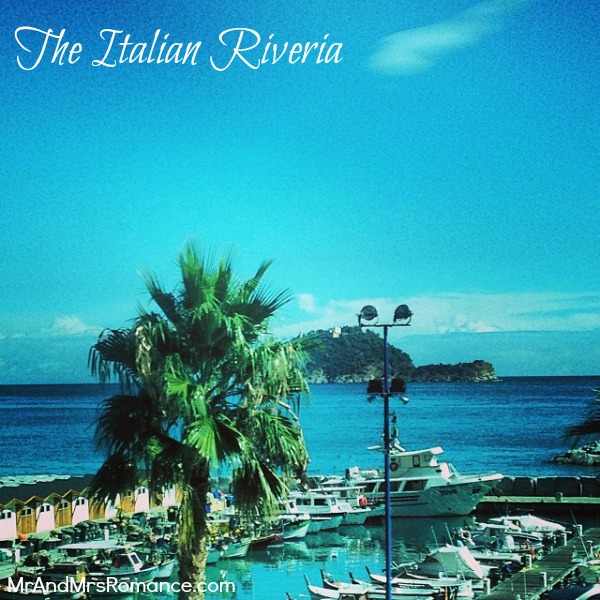 The train ride west into France is somewhat picturesque. The Italian riviera is like something out of a Bond movie. That is until the Italian border and the high schools kick out. The train fills up with noisy, smelly, rowdy teens. It’s not until we reach France.

We make our way to Nice to pick up our rental car and head into Provence. That’s right, folks. It’s pastry time!

I’m finding it very hard to get my head around the fact that the next time I write our IG Edition, we’ll be in…